Día de Muertos, or “Day of the Dead” as it’s known in English, is multi-day a celebration remembering deceased family and friends. It started with Aztec celebrations for the goddess Mictecacihuatl, who watches over the bones of the deceased, and then survived condemnation by the Catholic Church during the colonial era to become a celebration of the deceased themselves1, 2.

In the present day, Día de Muertos is a celebration in which the spirits of the deceased return to their loved ones, who leave offerings (Spanish: ofrendas) of food and drink con altars in their homes. Altars with ofrendas also appear in public spaces, both to individuals and groups, and competitions are held for the most decorative and elaborate ofrendas. People also dress up as catrines: although this literally translates to “dandies” or “well-dressed men/women” in English, it also refers to elaborately dressed skeletons of Día de Muertos2. While this may seem a bit like Halloween, the dress up is about where the similarities end, although we did see several small children ‘trick-or-treating’ in costume – an adopted custom from the U.S.

Overall, the biggest and most pointed difference to U.S. culture is that Día de Muertos is a celebration! You celebrate the memories of the dead and invite them back, not mourn them with somber dirges and tears. I can’t claim to have death much more than the next person, but the former seems like way more fun for everyone involved, the deceased included.

We wandered down Calle Regina on the afternoon of November 1 and watched as artists prepared ofrendas for a competition that evening. The streets and ofrendas were lined with marigolds that are believed to attract the spirits of the dead to the altars with their scent and vibrant color3. 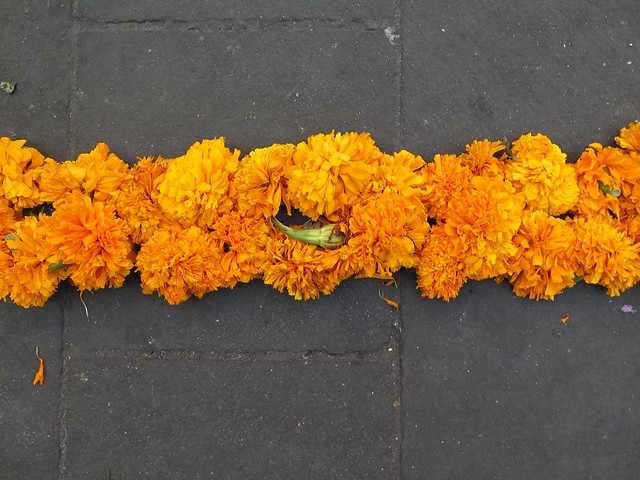 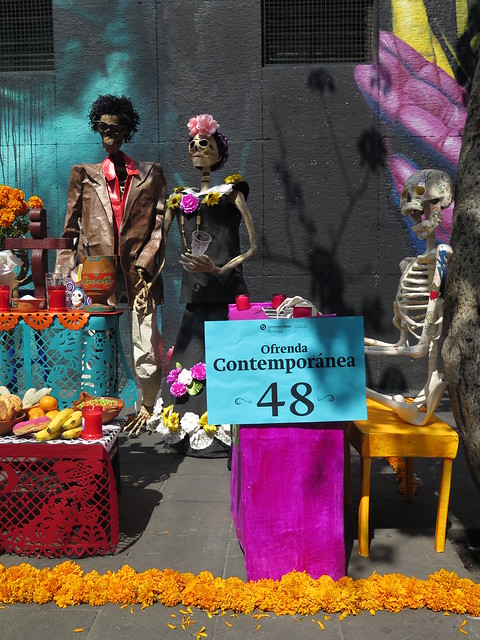 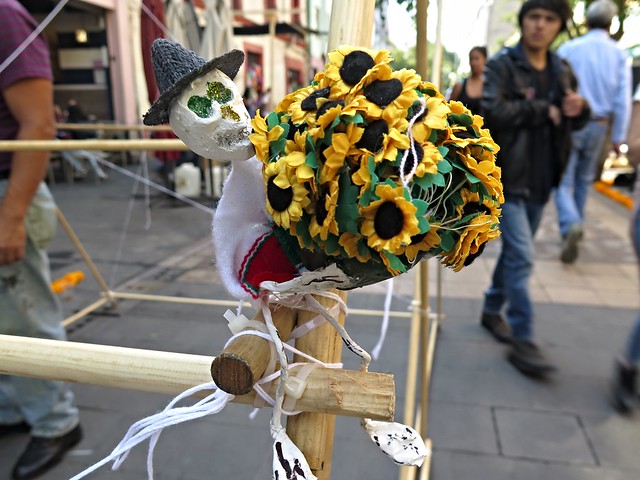 The magic really started when darkness fell. Crowds of people filled Calle Regina, perusing the ofrendas and voting for their favorites! There were live performances by catrines as some: 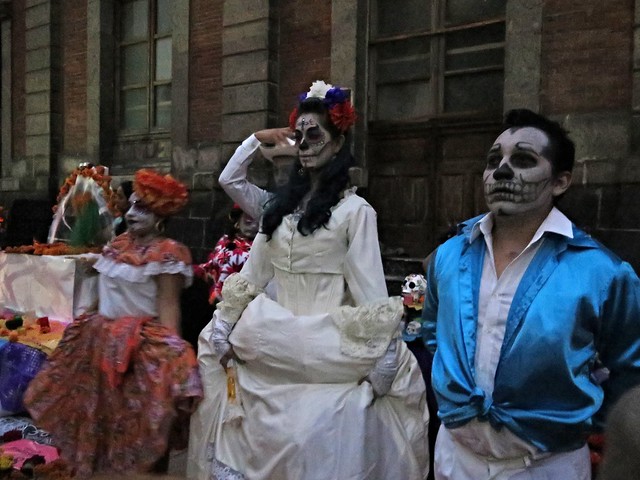 Others had dioramas of skeletons celebrating: 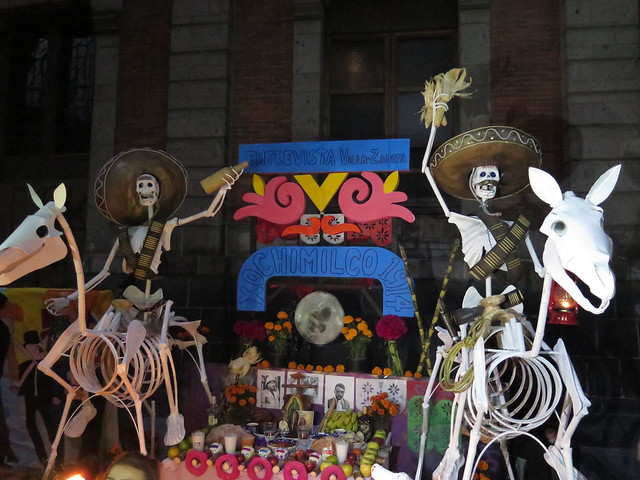 Our favorite was a small wooden ofrenda decorated with marigolds, where you could light a candle in memory of deceased friends and family: 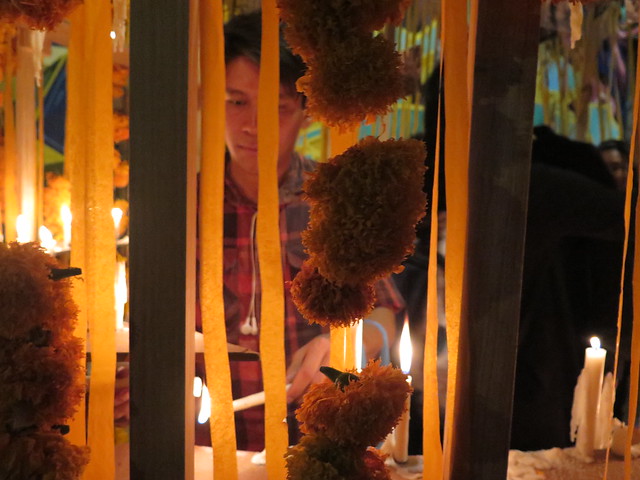 We lit one, and celebrated the memories of those past. 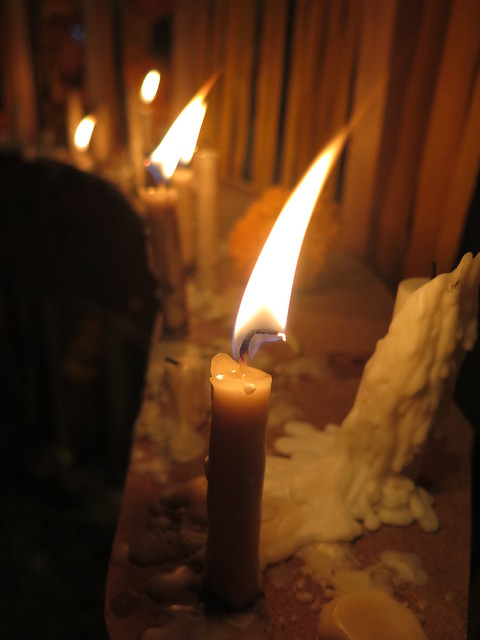 Sources:
1. Wikipedia: Mictecacihuatl
2. Wikipedia: Day of the Dead
3. The role of marigolds in Dia de Muertos