Note: While we’re in Tulum currently, we have a couple more awesome things we wanted to share about Mexico City. Here’s one of them. 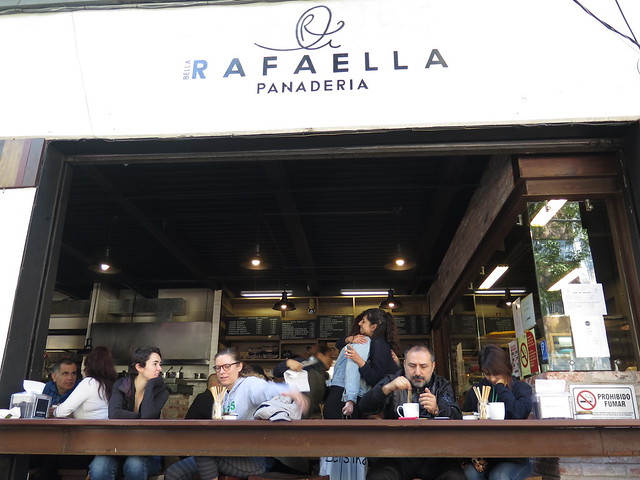 I try not to lie to myself, so I won’t lie to you either: one of the main reasons I travel is to eat new food. I can’t claim to be a fancy connoisseur of anything, but I live in part to eat food that tastes good. So today’s post is going to be about the best thing we ate in Mexico City, and where you can find it.

Mexico is probably most famous for its street food, but this post is about an upscale café and bakery in the district of Coyoacán: Bella Rafaela Panaderia. Stotycho found this place while looking around for bakeries with the best Pan de Muerto, or “Bread of the dead”, which is a traditional sweetbread eaten during Día de Muertos. Supposedly, its chef makes some of the best Pan de Muerto ever, and it’s just 10 minutes from our hotel. We set out our first morning here to try it, and though we had a bit of trouble finding the place (it says it’s on División del Norte, but it’s really just off this street on a smaller side street), it’s markedly different than anything else in the area. It looks like a storefront straight from Williamsburg in Brooklyn or Santa Monica in L.A (see above).

With some menu studying and broken Spanish we managed to order two Pan de Muertos, one plain and one filled with dulce de leche. At first, there was a bit of a mixup (yay, language barriers!), but we managed to work it out and get our order. Here is the Pan de muerto con dulce de leche, in all of its sugary glory: 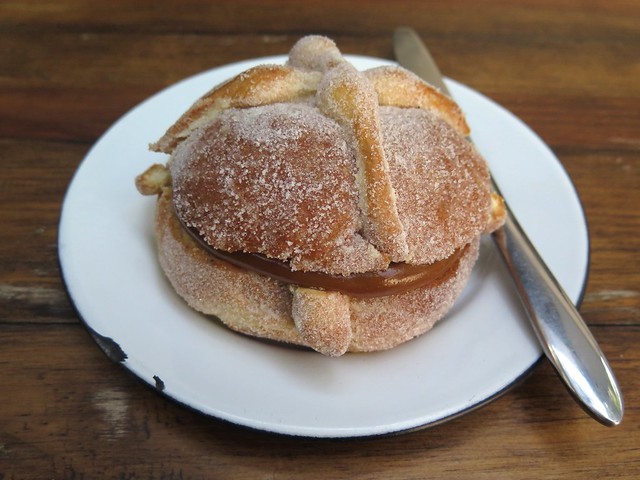 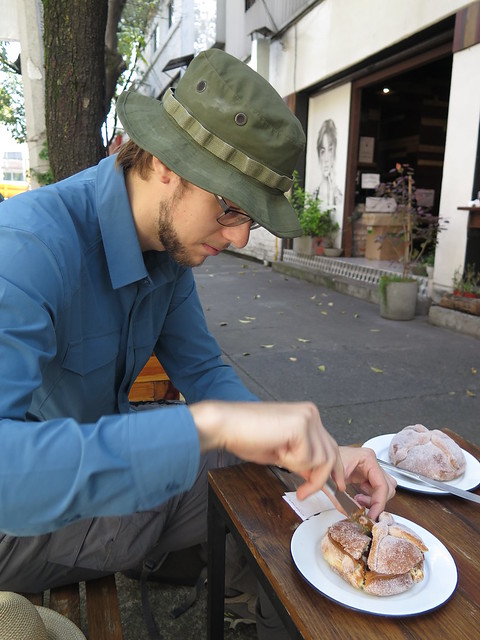 …and Stoytcho documented me taking the first bite: 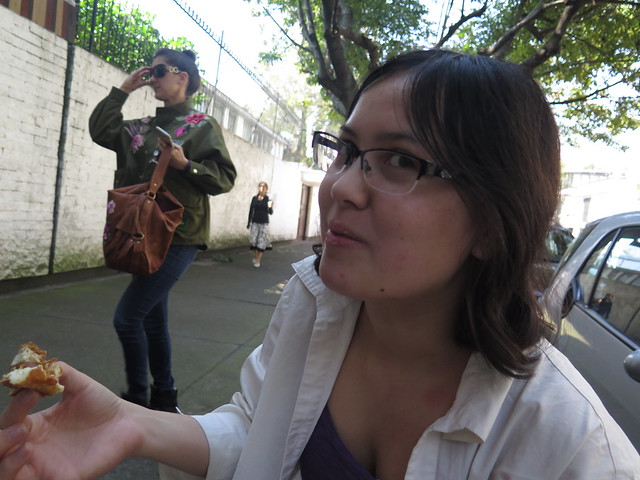 Yep. It was A-MAZE-ING. The bread was just slightly sweet, with hints of floral and citrus (probably from orange blossom water and orange zest), and had just the right amount of chewiness. And then there was the dulce de leche – rich, sweet caramel with the consistency of whipped butter that had a slight tang from the burnt sugar. I think for a moment I was in paradise.

We came back every morning we were at Hotel Montreal to get the Pan de muerto con dulce de leche, and to try other varieties, including one filled with “crema de rompompe”, which Google Translate says is “eggnog cream”. This cream was also wondrous, with flavors of rum and a spice like anise or cloves.

All in all, if you find yourself in Mexico City during the end of October, this is the place to go for your Pan de Muerto (it’s a seasonal thing). Even if you’re there some other time, their other pastries (including a flaky croissant filled with dulce de leche) are fantastic as well.