When I was in high school, my dad went to Mexico and came back with these crazy little wooden sculptures that looked like grotesque monsters painted in a hundred different colors. He told me they were called “Alebrijes”, and were representations of creatures in dreams and nightmares. I think at the time I detested them, because anything that brightly-colored had to be awful. Back then I mostly liked the color black. Let’s not talk about it.

The Alebrijes are part of the rich cultural tradition of craft in Mexico. They were originally conceived and created in the 1930’s by Mexico City artist Pablo Lineares, who was inspired by fantastic and illogical beasts he saw in feverish dreams during an illness1. Using paper maché, he captured these creatures of his imagination in vivid colors. Today, Alebrjies are made by artists throughout Mexico City and range from the size of a small dog to a full size car. 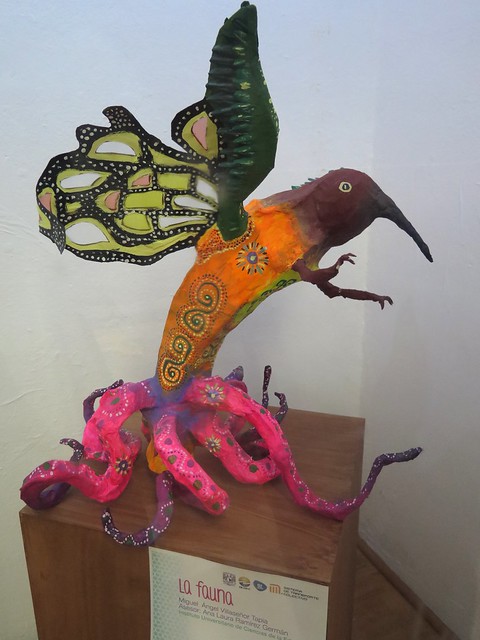 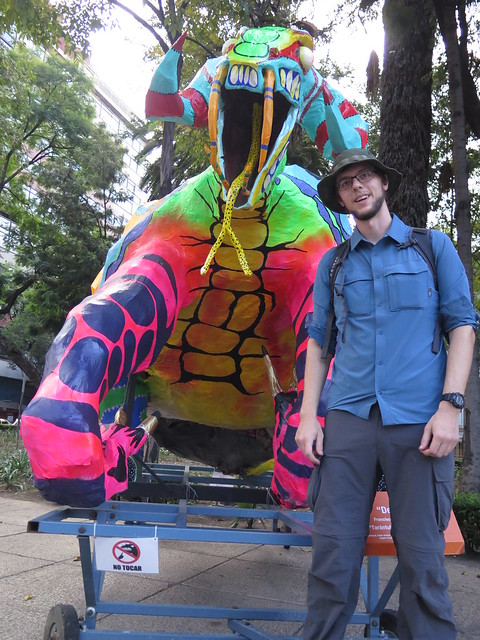 There’s even an annual parade and competition with giant Alebrijes that occurs every October. Though the parade had passed for this year, the city had left the Alebrijes standing in the roundabout at the Angel of Independence. Because dad’s such a huge fan of Alebrijes, we paid a visit to see them! 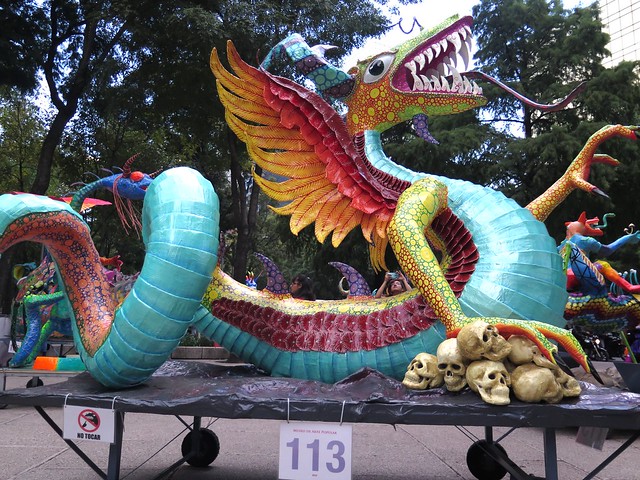 However, there were certainly more brightly-colored and decorated creatures: 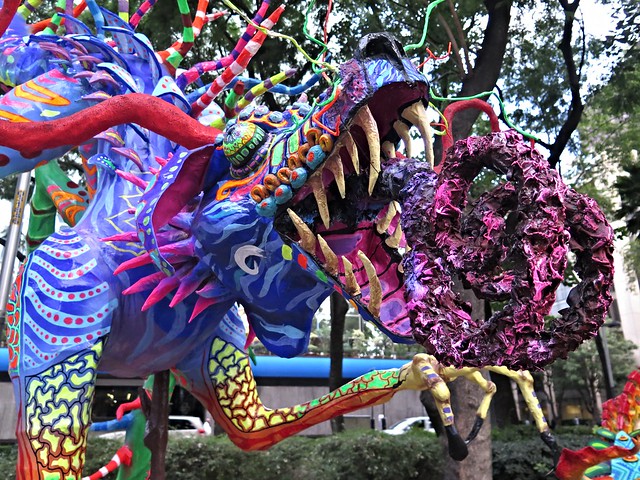 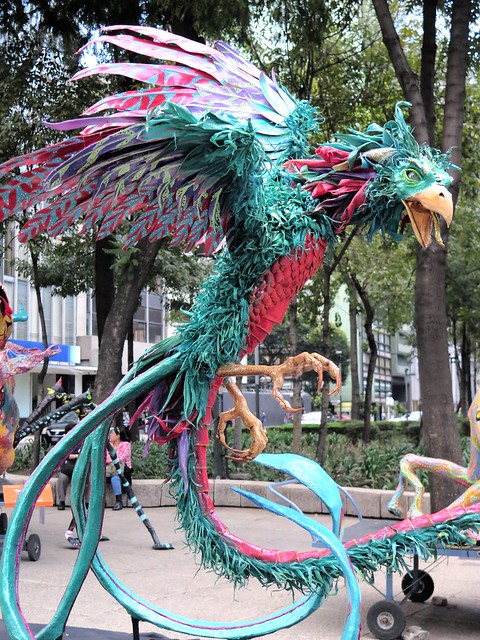 And there were even a couple of “celebrity appearances”: 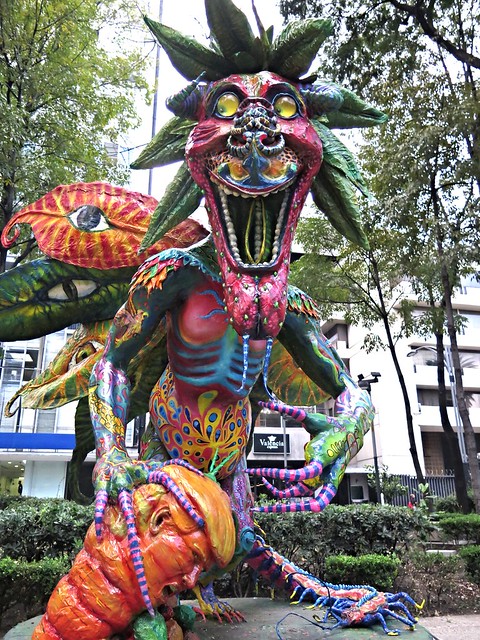 Here’s a link to the full gallery of Alebrjies from the parade. See you all next time!

One thought on “Alebrijes”