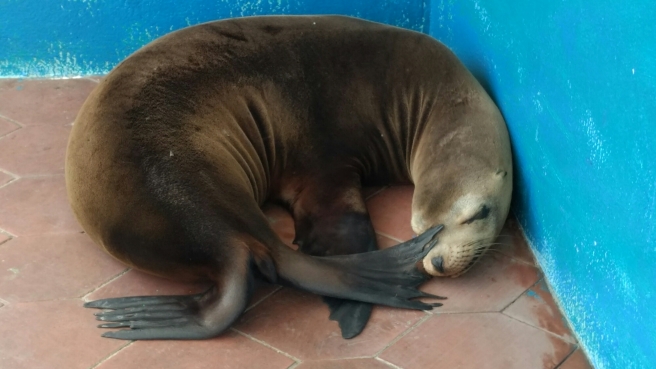 Happy new year! We’ve flown on to the Galapagos islands, and will be here for a first-class cruise around the islands on the Santa Cruz II until January 10. Neither of us have ever been on a cruise, but with two hot tubs, a gym, a complete library, and a Le Cordon Bleu chef, we figured this would be a pretty good first time.
What there won’t be is high-speed internet. We’re at Puerto Ayora (the largest town on the islands) right now and there isn’t even regular speed internet. It took 20 minutes to load http://www.kayak.com last night and WordPress just failed to load 4 times over an hour. This post has been made possible only by the magic of Stoytcho’s phone.

So because using the internet here is like trying to call a landline with a banana, I’m throwing in the towel and calling a hiatus in big posts. We may post a few small snippets from the cruise, but the rest will come when we get back to the mainland. Miss you all!
– Natalie