The sprawling port city of Cartagena serves as a first taste of what Colombia has to offer for many tourists. Located on the Caribbean side of the Panama Isthmus, it covers 572 sq kilometers and is home to nearly 1 million people. But by far the most popular destinations for tourists lie within the Walled City of Cartagena, a 1 sq km “island” in the northwest part of the city. Built by the Spaniards in the 16th century, the Walled City offers narrow stone streets ablaze with brightly colored colonial houses and buildings. These buildings originally housed the administration of Spain’s colony in Colombia, as well as laborers and slaves. During the height of the Colombian drug conflict in the 1980’s and 90’s, when Colombia was considered by many as too dangerous to visit because of the drug trade, Cartagena and the Walled City were considered immune until a series of bombings in 1990 that ground tourism to a halt. But today tourism is booming, with the Walled City a declared UNESCO world heritage site. That comes with good and bad; there’s lots to see, but expect a definite tourist vibe and price premiums as a foreigner. Despite this, Cartagena carries Colombia’s singular character of warmth and positivity. People are happy to talk with you and overwhelmingly willing to help. 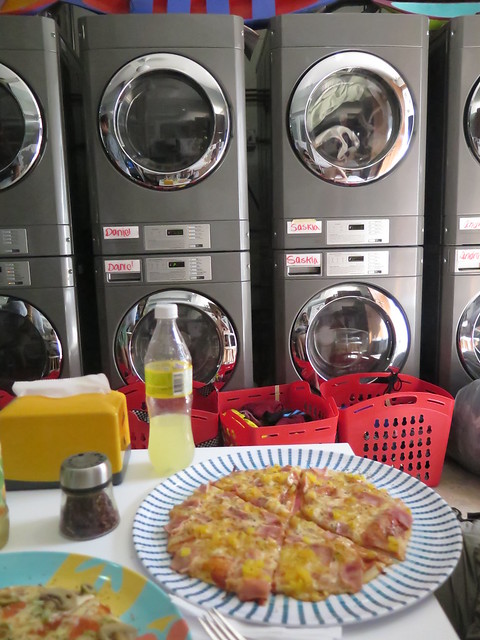 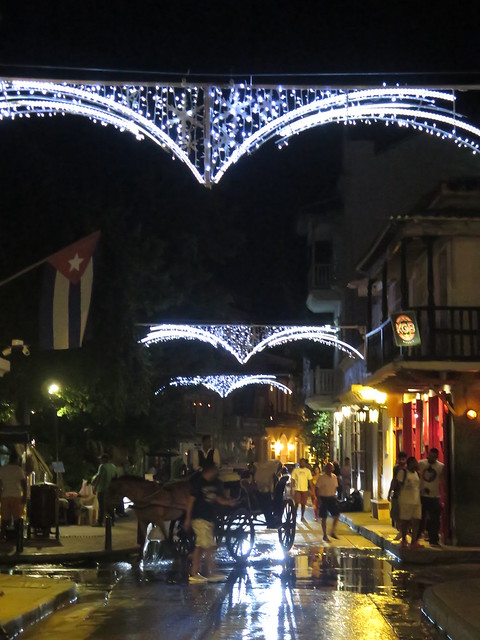 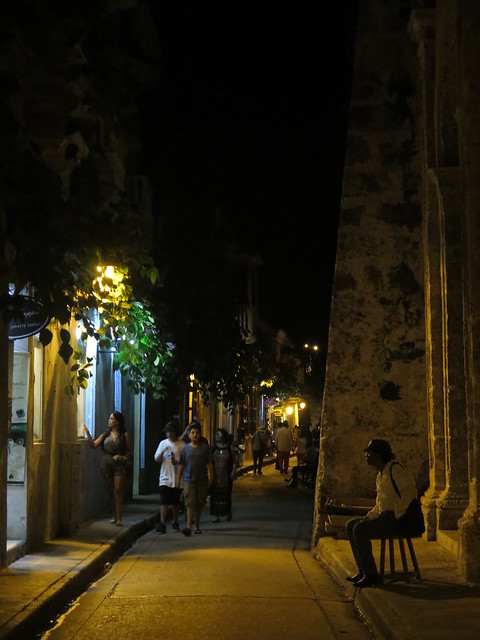 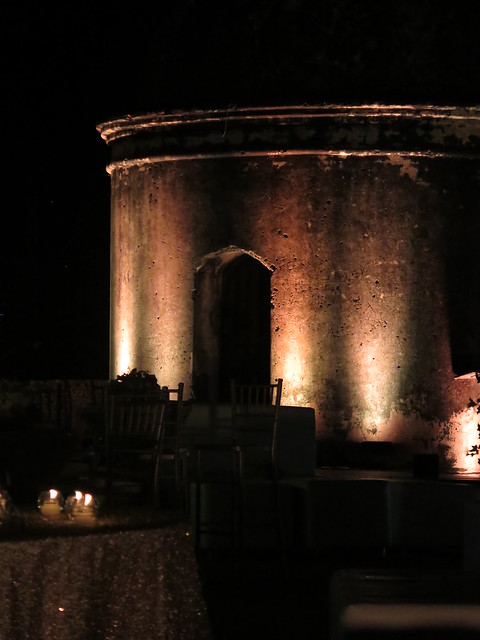 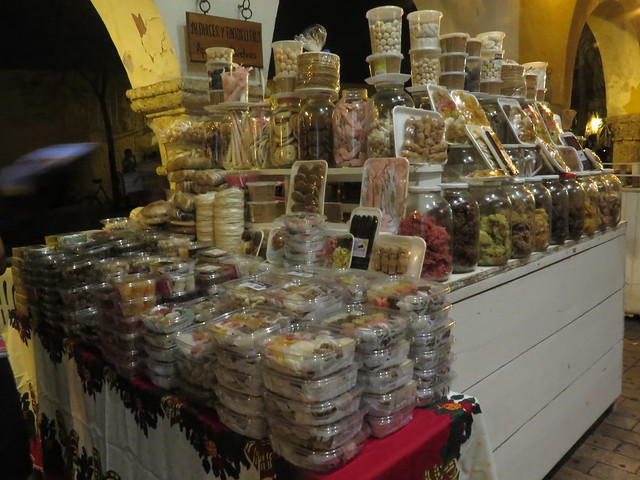 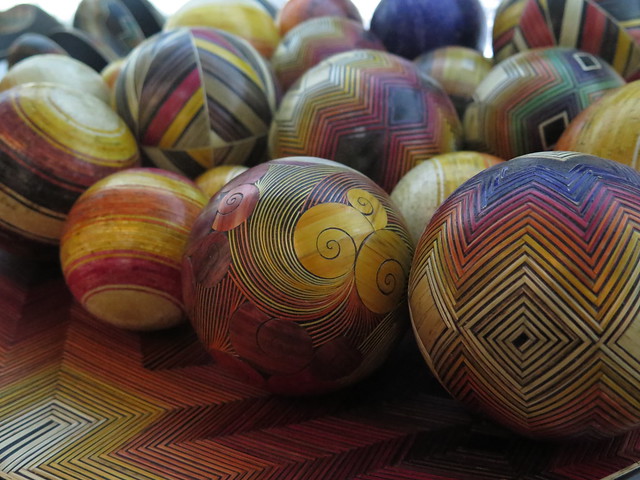 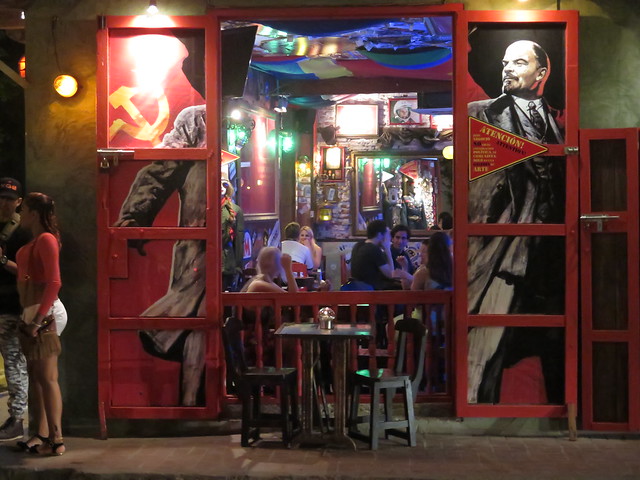 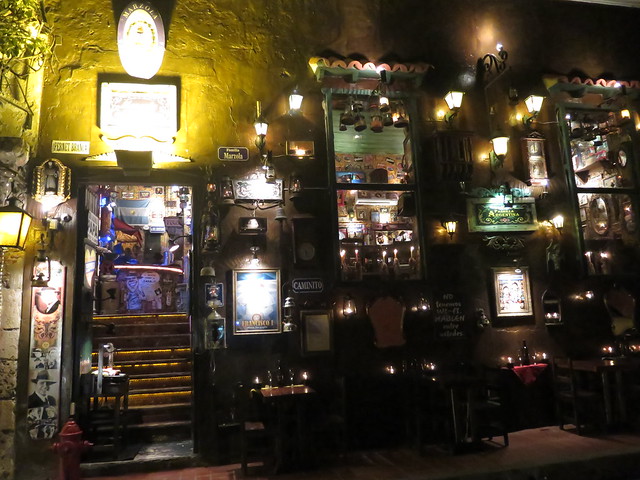 Eat:  Whoo, this was the city that gave us the infamous food poisoning of a few posts ago, so we haven’t got much in the way of beautiful food pictures or recommendations. Avoid: The street vendor mango unless the seller looks like s/he has good hygiene. This is suspect #1 for us in the great food poisoning debacle. Similarly, be wary of street vendor sausage—on more than one occasion we saw the vendor cutting raw sausages, then cooked sausages that he handed to us. Ironically, none of these incidents ever led to illness. It probably won’t kill you, but unless you have an iron stomach bring along some loperamide (Immodium in English, Dilostop in Spanish) and bismuth subsalicylate (Pepto Bismol in English, Bis-Bacter in Spanish).

On a more positive note, the best meal we had (outside of the restaurant chains Don Jediondo and Crepes and Waffles) was at Quero Arepa, located on the corner of Calle 37 and Carrera 10.

Stay: For cheaper accommodations, stay just outside the walled city, as anything within the city’s walls commands a price premium. As an example, inside the city we paid USD $22 for a tiny room (it barely fit the bed, let alone us and our bags in addition) with no hot water at Hostal Marlin. Our room at the hostel also had “decorative” holes near the ceiling that let in mosquitoes and the staff didn’t seem to understand our questions or requests when we spoke to them in English or Spanish. In contrast, for the same price we got a room 10 minutes’ walk from the Walled City at Hotel Casa Salome. This room was much larger, and came with air conditioning, a TV, hot water, and a far better bathroom. The staff here was sharp and understood our Spanish, and they let us extend our stay day-by-day. As an added bonus, we were also only 5 minutes from the Cartagena Castillo and an air-conditioned mall that featured prominently in our recovery from food poisoning.

We went on to Santa Marta by taking the MarSol Bus, whose station is located 15 minutes outside of the Walled City. Bus tickets cost 40,000 pesos (~ $13.33 USD) for a 4-5 hour trip, and the small 15-person shuttle buses are comfortable and air-conditioned. You can arrange to have them pick you up at your hotel or hostel in advance for a little extra as well. The only downside of these buses is that they have little room to store luggage, so be prepared to really cram any large bags or suitcases into the trunk of the bus.

Beyond the bus to Santa Marta, you can also catch buses to other cities in Colombia, including Medellin and Bogota, but be aware the bus rides are SUPER long (>10 hours) and can wind through pretty mountainous terrain. While tickets can run fairly cheap (~ $30-40 USD), flights to these same places with the homegrown budget airline VivaColombia can dip as low as USD $50 and take only a couple of hours, so it’s worth checking flight options before booking a bus. There are also multiple cities with the same name in Colombia (and in general in Central/South America), so double check both the city and the province name before booking! 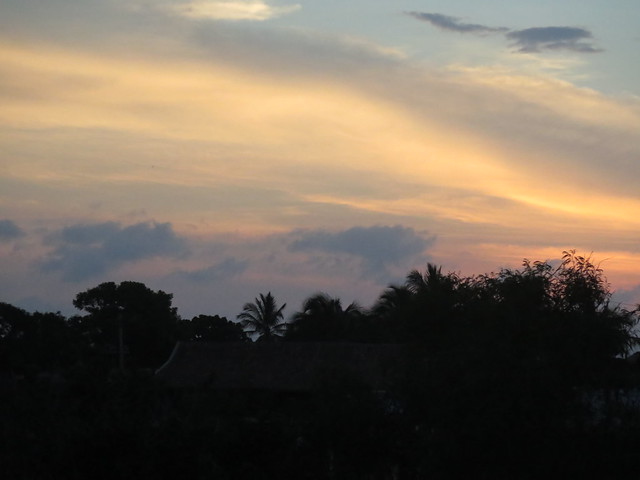