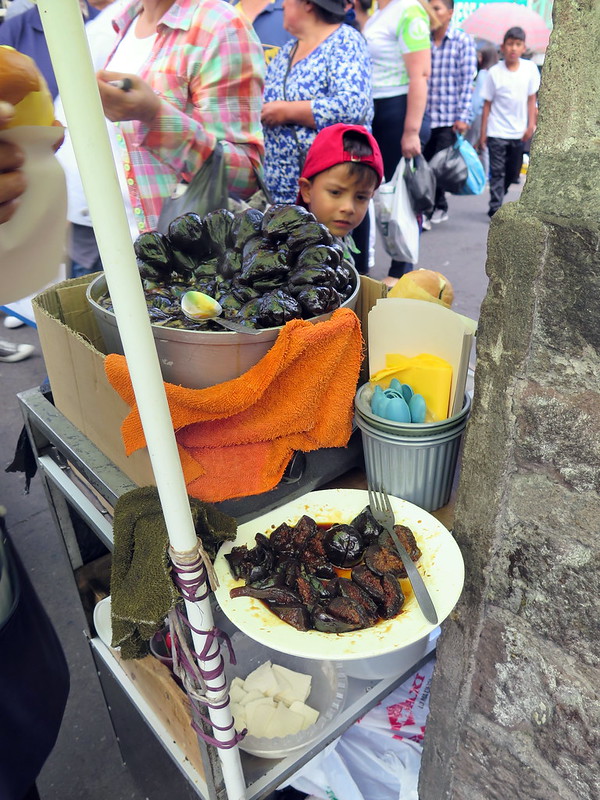 Somewhere in the streets of Quito’s old center, lost between a cathedral and an arts market, we found something that smelled like everything you’d want of a winter treat. Pulling back a lid, a vendor released a warm fog scented with sugar, cinnamon, cloves, and fruit from her oversized cauldron. We peered inside and found scores of figs simmering gently in syrup. We had to have one. Or maybe two. 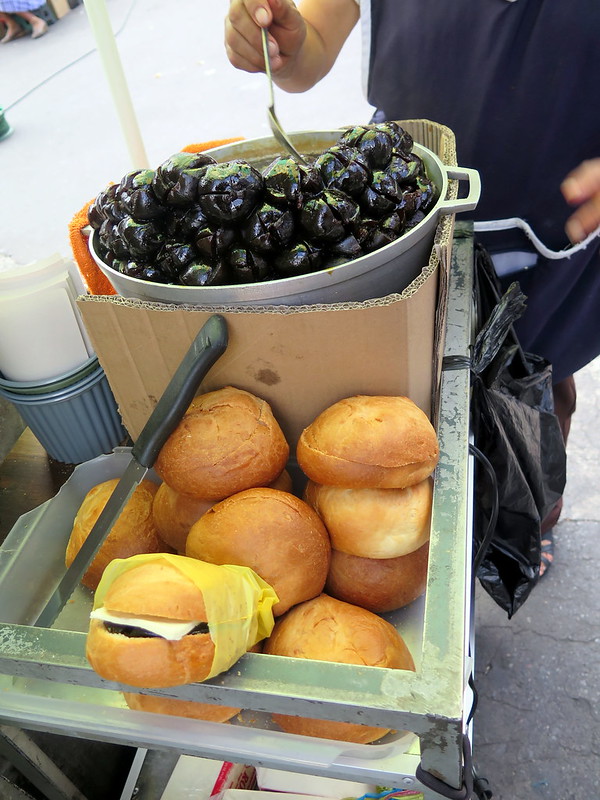 Okay, we ended up having three. But in our defense, these fig sandwiches are AMAZING! In exchange for $1, the vendor made us a sandwich filled with the poached figs, some slices of fresh cheese, and a few generous spoonfuls of the fig syrup on a crusty sandwich roll. Taking a bite of it blends all of the flavors – the sourness of the figs melts into the slight sharpness of the cheese and the burnt sugar on the syrup melds with the earthiness of the figs, while highlights of cloves and cinnamon dance on your tongue. 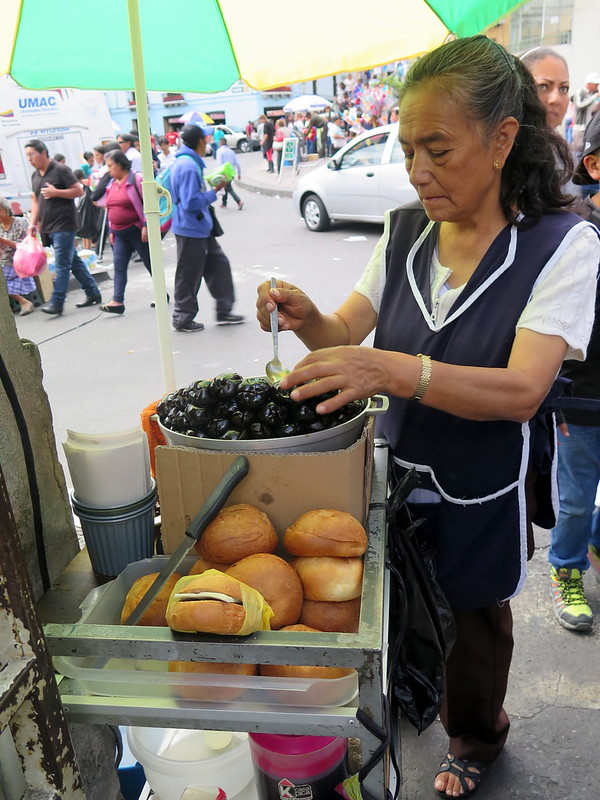 Google searches after the fact revealed that this dish, poached figs with cheese or “Dulce De Higos”, is a national pastime in Ecuador. It’s readily available in nearly every dining establishment, to from the family table to the local restaurant to the country’s hautest eateries. And while it’s served as a sandwich on the street, it also takes the role as an appetizer or dessert in other places. Seriously, if you find yourself in Ecuador, you don’t have an excuse to not try this dish.

For those of you unable to find your way to Ecuador, never fear! Further Googling turned up what appears to be the only recipe for Dulce De Higos on the whole internet (psst, the recipe is in this link). It’s from Ecuadorean food blogger Layla Pujol, so I’m betting it’s pretty legit. It’s also ridiculously simple to make, although a bit time consuming (~3 hours of work spread over 2 days). Some thoughts on the recipe:

I’m filing this recipe away until we return from our world travels, but if you try it in the meantime let me know how it turns out!