Compared to the iguanas, boobies, and sea lions, snakes aren’t as ubiquitous in the Galapagos. But they are still around. While touring Fernandina, we encounter one snake at the water’s edge, racing back to land across the lava flats before the tide comes in. She ignores our tour group and slithers her way over the rough lava flow.

As we watch, she encounters a ravine a couple of feet across and seems stymed. How will she cross it and get back to land? 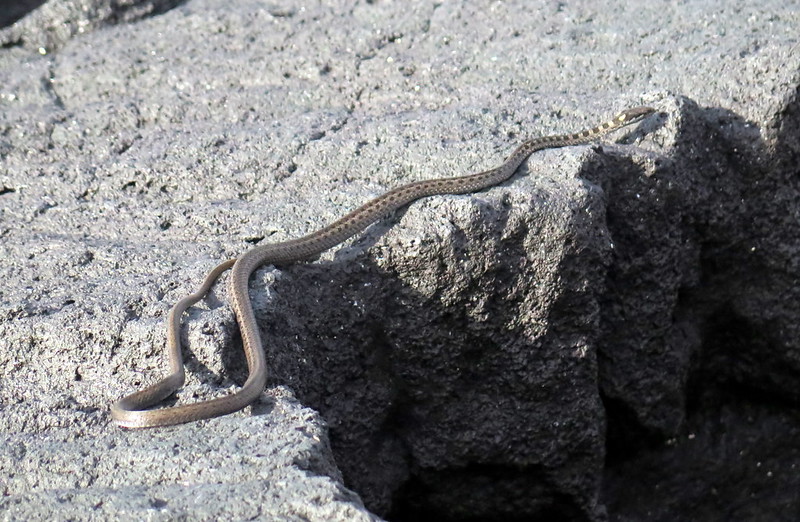 Then, she does something amazing. She stretches out into the abyss, attempting to reach the other side. 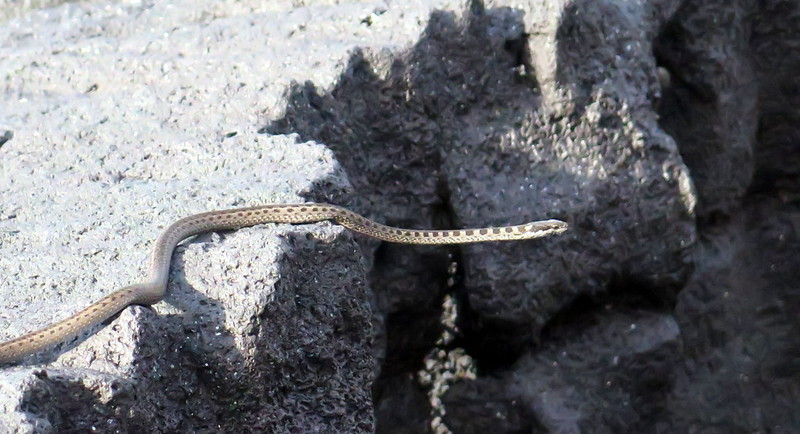 She goes slowly, so she doesn’t stretch past her center of balance; doing so would send her tumbling into the chasm.For a human, this is the functional equivalent of doing some seriously intense planking. In a couple of minutes, our snake is less than an inch from the other side. 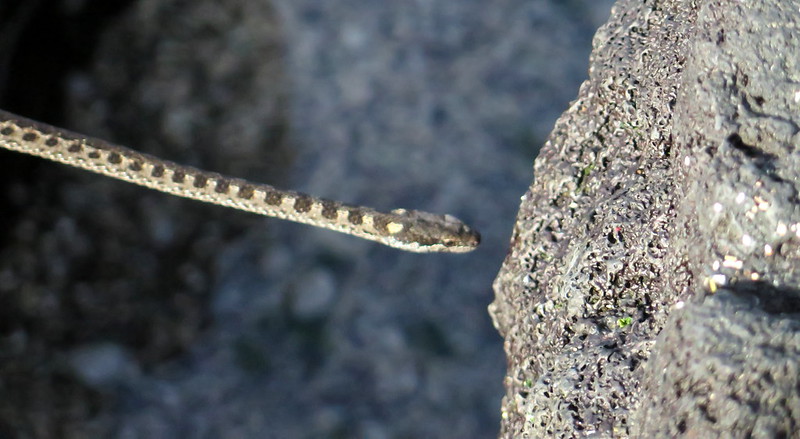 But it’s juuust too far for her to reach without toppling over. She withdraws, slithering away along the cliff edge. She’ll have to find another way across.
—
We spot our snake a few minutes later, slithering down the edge of the cliff in a small crevice to control her descent. 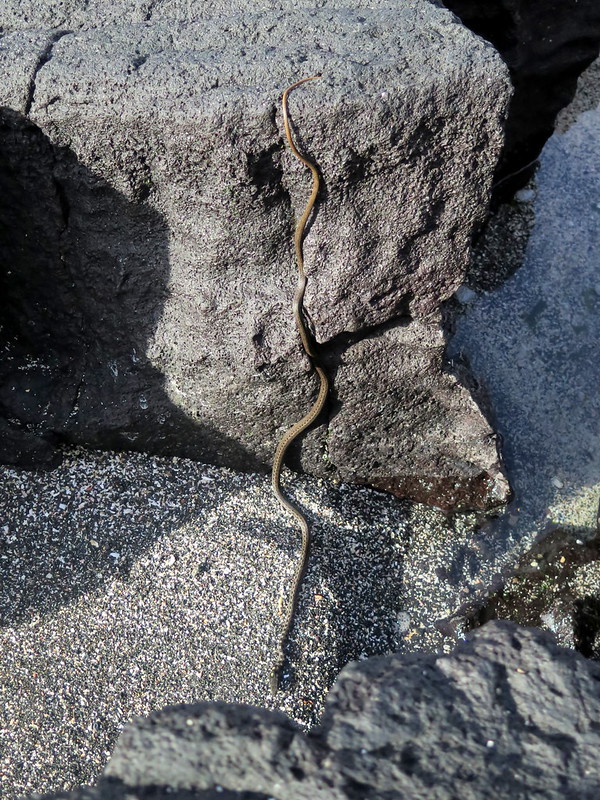 She’s down and across in seconds, like it’s nobody’s business. Then it’s off across the sand, back to her home for the evening.
From a little bit of internet detective work, I’ve identified this snake as a Galapagos racer, probably Alsophis dorsalis. It’s one of three snake species native to the Galapagos, and recently got a lot of hate thanks to a clip that aired on BBC’s Planet Earth II. It’s easy to demonize snakes and our culture does it a lot, so hopefully the story above shows people that snakes are like any other animal. They go about their days trying to get food, get a mate, and get home.