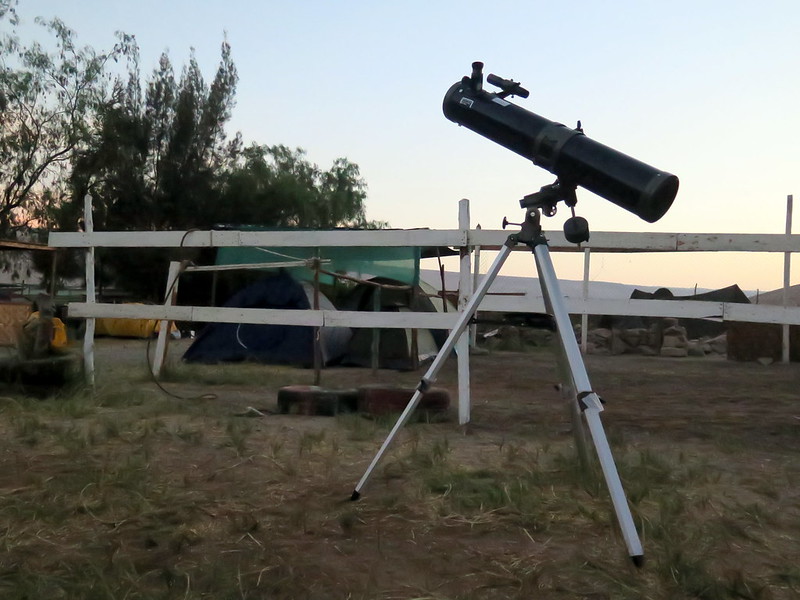 It was in insane plan. When we visited Arica’s tourism office on our first day, we noticed a flyer for an astronomy workshop going on just outside the city while we were here. Attached was a phone number to call for reservation. If we attended, it would mean a night of camping out in the Atacama, and it would overlap with a tour we were taking the day after. Scheduling it alone would be hard, let alone explaining that to both the workshop organizers and our tour agency in Spanish. But we called everyone and got it worked out: we would attend the workshop, camp out, and then get picked up on the side of the road the next morning. That’s how far our Spanish language skills have come.

Getting out to the workshop wasn’t easy. Although it was only about 10 miles from town and there were supposedly taxis that would drive us to the Lluta Valley, most said they couldn’t. One finally agreed to, although he technically wasn’t allowed to drive out there. If the cops caught him, he would get in trouble. The rate he quoted us was in line with what we’d heard at the tourism office, so we accepted anyway. It would turn out later that this was some weird false backstory, but nothing terrible happened to us and I have no idea why the guy made the story up. For those of you going out to Lluta in the future via taxi, any taxi can take you. 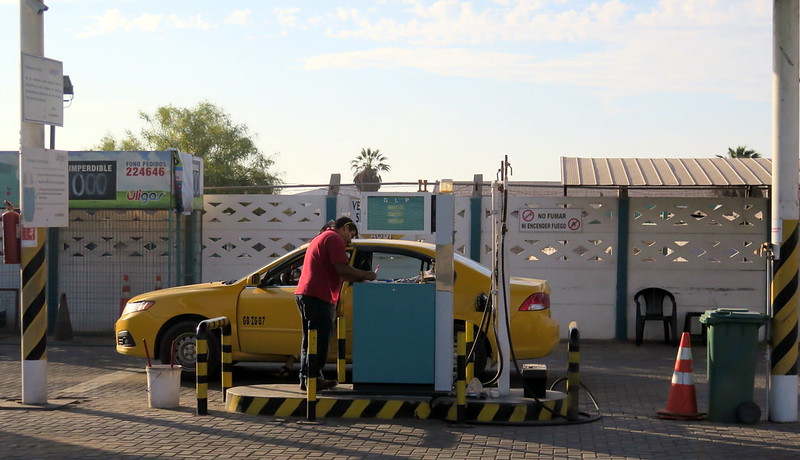 We arrived at the workshop site, a mini petting zoo and farm with plenty of space for tents and telescopes. We got registered with the workshop folks, generously let us pay a reduced rate since we’d missed all of the workshop seminars (they had happened earlier in the day). We pitched our tent among the more than thirty other tents. Although this is their first ever astronomy camp, it’s insanely popular. Kids of all ages are running around and playing, while teenagers are chatting in groups and adults are fiddling with telescopes and equipment. In all, it looks like more than sixty people signed up. 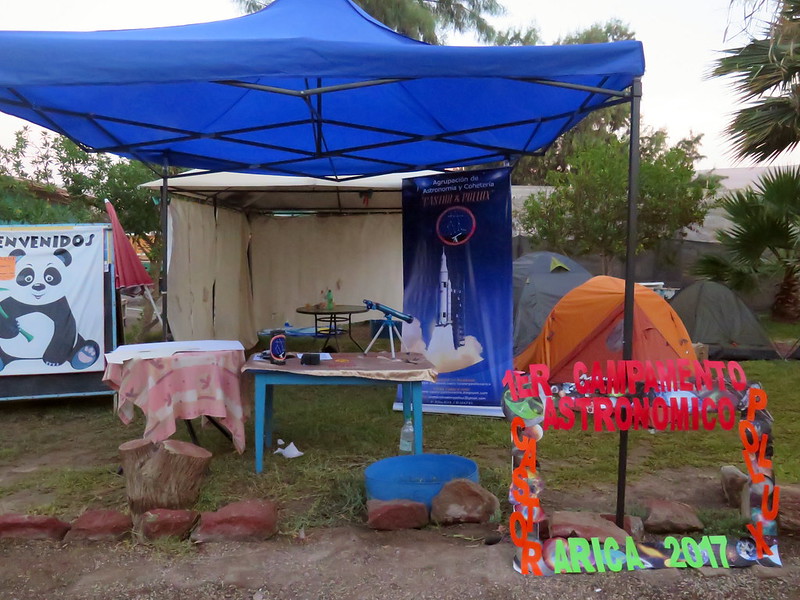 While we waited for night to arrive, we explored the petting zoo and talk with the other attendees. There were alpacas and llamas, which suddenly appeared in Peru and we have not been able to escape since (we’ve seen a live or artistic rendering of one in every country since Peru, including New Zealand, Indonesia, Vietnam?!, Japan, and Russia). We also befriended one kid who was obsessed with our tent, an ‘ultra-light’ two person Big Agnes from last year. It stood out from the other tents, which look like models from a decade ago. He followed us around, asking us questions about it, and then asked if we would “make a gift for him of the tent.” We laughed and told him we couldn’t, because we wouldn’t have anywhere to sleep. Still, it’s worth thinking about. Chile may have the highest GDP in all of South America, but the range of what’s buyable and available here in Arica isn’t the same as in the U.S. or Canada. 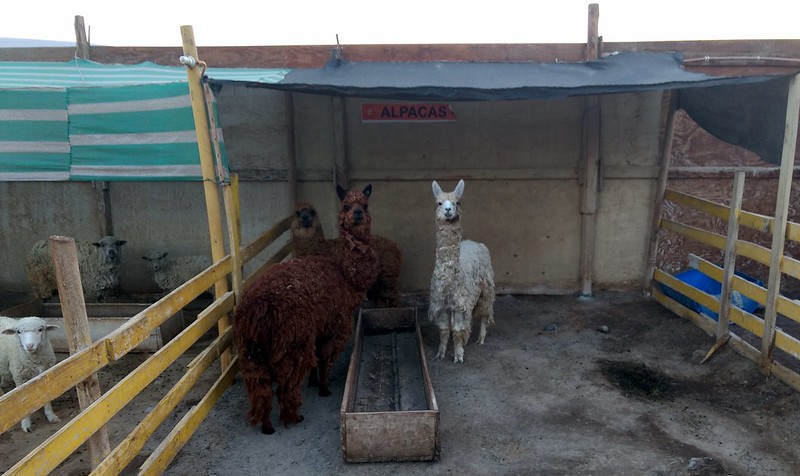 As the sun sinks lower, the workshop organizers brought out goggles covered in thick black film that let us look directly at the sun. We gazed at the tangerine-colored sphere that is our planet’s primary star. One of the organizers directed us to look at the upper left corner of the sun and a little black spot appeared in our vision. A sunspot! This is a region of cooler temperature on the sun, where the magnetic field has reduced convection and creates a little black freckle. I felt a bit of a karmic satisfaction that the sun gives everyone freckles, including itself.

The dusk after sunset stretched like shadows slow and long, and after a dinner meal I found myself sleepy. We retreated to the tent to nap for a few hours, and when we woke it was midnight and there was full darkness outside. Though the camp is mostly quiet, there are several groups of adults and teenagers huddled around telescopes, talking in whispers and adjusting the equipment. We joined one group around a massive, bucketlike telescope with a wide, shimmering lens on the end. They were hunting for the Pleiades, the cluster of seven stars that appear near Orion. While we waited, someone pointed out the Southern Cross. As inhabitants of the Northern Hemisphere, it’s one of those constellations that’s entirely foreign to us.

After seeing the Pleiades through the telescope, we wander to other telescopes pointed at different things. We saw several other stars, a nebula, and what may have been the Andromeda galaxy, our neighbor in the vast universe. We spent a lot of time mis-aligning and re-aligning the telescopes with the volunteers, hunting around the emptiness of space for a celestial body. Around 2 am, someone excitedly called us over to his telescope. As we gazed through the lens, a huge marble with a swirl of colors appeared before us: Jupiter.

We return to sleep around 3 am and we’re up again at 7, decamping so we can meet our tour along the side of the road. Everyone else is asleep, so we have no way to thank the fine folks who organized this event. But if you’re in Arica and looking to learn more Spanish and Astronomy, visit their website and see what events they have. Maybe you’ll get your own astronomy camp experience. 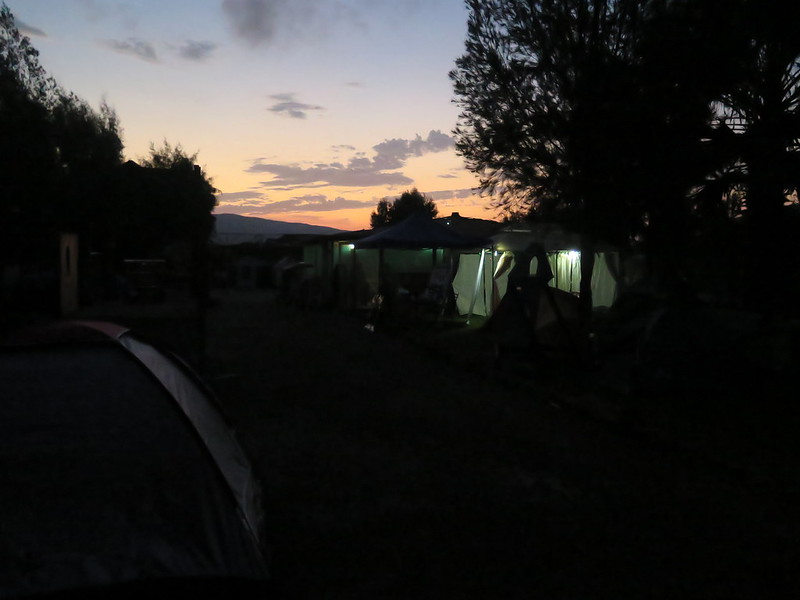