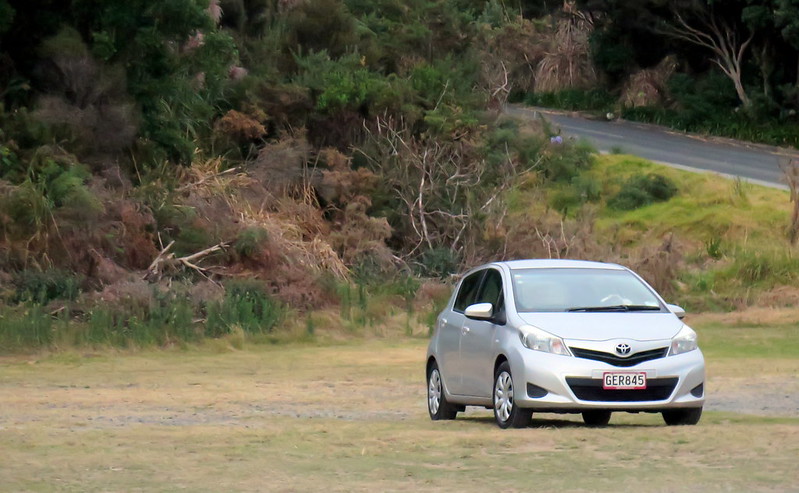 Start by renting a car. The experience is in general very nice, except when a lot of the rental services are out of inexpensive cars. We walked in to several, picked up a pile of free maps provided by the government and insurance policies, and reserved a car for a day out.

Next up, plan your route – New Zealand is small but densely packed. To the north of Auckland is a peninusula full of natural beauty, and takes just under a week to cover in some depth. This was my most succesful plan of the trip, and only had two bouts of very long driving. New Zealand helpfully lays out “tourist routes” that cover a number of attractions and take you all across the island. The northernmost such route is the Twin Coast Discovery Highway, and we followed it up one side and down the other. Grab campermate or a similar app while you’re at it. It drains the battery but it tells you where all the bathrooms and campsites on the island are. 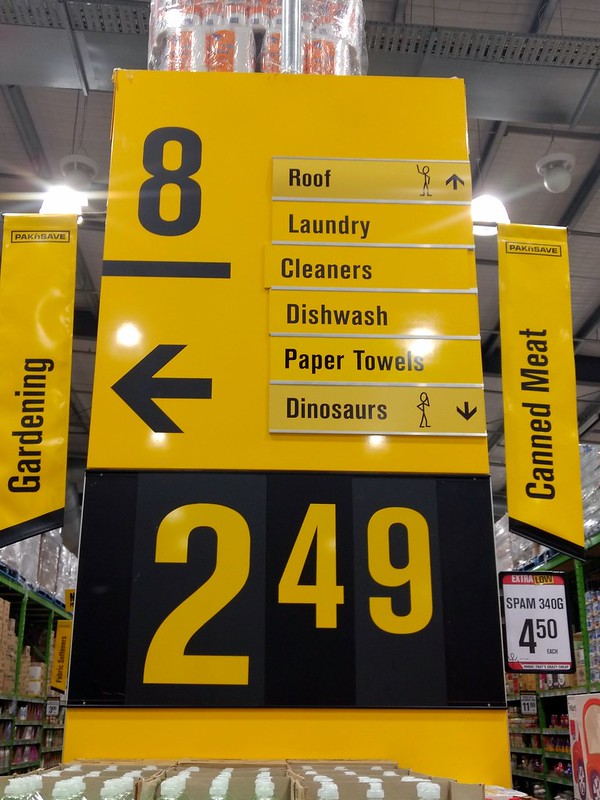 Before you go, get food. We’d already spent a good chunk of our daily budget on car and gas, so cooking for ourselves was a must. Nutella, peanut butter, and bread for breakfast. Pasta, eggs, canned tomatoes and beans for dinner. Quality instant ramen for lunch – though we cheated a lot and had fish and chips everywhere. Cooking was provided courtesy of a cheap aluminum pot and our camping stove. We threw in a large bag of  chocolates, a case of Bunderberg (the christmas edition is wonderful if you can find it) and a bag of snacks to break up the monotony of driving. Last, but not least, a 10 gallon jug of water. New Zealand helpfully has free fill-ups in many places, but not everywhere, so carrying your own water is a must if you plan on avoiding paid campsites.

On the topic of campsites. There are free ones, but not many, especially on the north island. The paid sites usually provide some level of bathroom or water, showers in the higher priced ones. Out budget didn’t really have room for sleeping accomodations, so we relied liberally on “freedom camping” and it’s much more available cousin, “sleeping in the car”. It used to be, and the locals will tell you it still is, that you could find any spot not owned by someone, pitch a tent, and spend the night. Then packs of tourists started trashing popular spots, counties got tired of cleaning up, and the great limiting began. The national government says you can freedom camp anywhere not explicitly prohibited but local counties can make their own rules, and many have chosen to block freedom camping entirely, or severely limit the allowed locations. Sleeping in the car is one way to get around this – the police don’t bother you, and you’ll see others doing the same if you drive at night.

Car, route, food, sleeping arrangements. Everything looks good, and the trip begins! For anyone not used to driving on the left side of the road, starting is the hardest part. A good thing to remember is : turning to the right is the “far” turn, turning to the left is the “near” turn. This kept me out of trouble most of the time, except when Natalie had to remind me that I was on the wrong side of the road, or making the wrong distance turn. You get used to it pretty fast, and our only brush with death was right at the beginning, where I turned into the wrong side on the highway. Everything is ok until 15 seconds later a semi is barreling at your face, with a pile of cars behind it, and you steer as much as you can to the side of the road, and back up into the road you came from because there’s no chance to u-turn into the flow of traffic. This happened on the northern outskirts of Auckland, after a surprisingly uneventful drive out. The adrenaline settled down, and we went on our merry way.