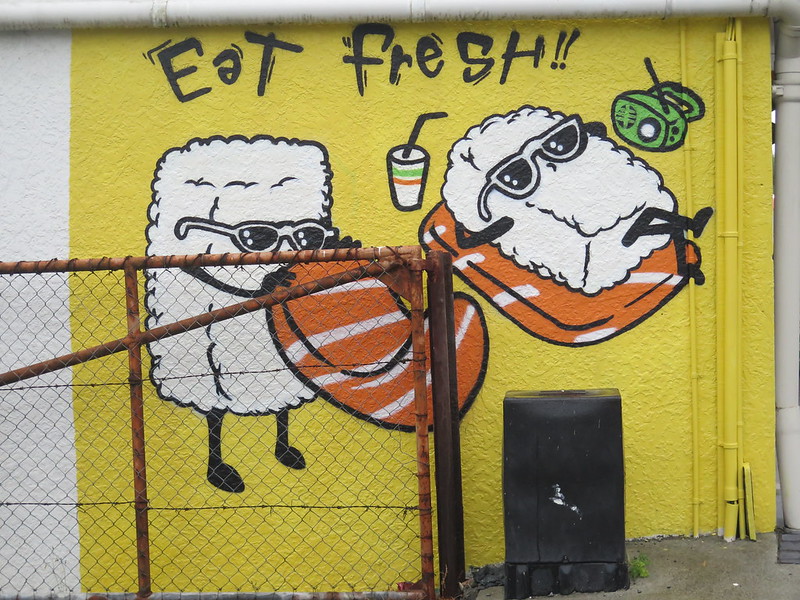 North of Whangarei, at the crossroads of the 1 and 11 highways, sits a town of 1400 people.Passing through it looks to be like any other small town in New Zealand, its single main street littered with bakeries, coffee shops, and art galleries. In other, unfortunate ways, it shares an economic outlook with other small towns in New Zealand’s ongoing thread of “dying towns”. Kawakawa and other towns like it in the Northland and across the south of the north island are collectively suffering from declining populations, increased unemployment, and decreased income. An interesting article on the topic can be found here.

The visible symptoms of this are loitering, downcast people and clearly shuttered businesses with no sign of being replaced. One sushi shop we saw had been closed for years, yet the sign and posters for it were still up. Kawakawa is a one street example of the growing inequality in New Zealand and around the world. The coffeeshops on the street are filled with people purchasing Starbucks-priced drinks and snacks, while outside, near the social services building and the thriftshop, stand a group of people who have nothing to do and are clearly unhappy about it. As with many other countries, it is the minorities and indegenous people who are hit the hardest by this growing inequality. That they are not better positioned across New Zealand society speaks to a long-standing divide, one which is actually less prevalent in New Zealand than in other countries, but is still strikingly large.

For Kawakawa, one of the main causes of downturn was the close of the nearby coalmines. Original built as a service town, the mine closure led to high unemployment. Without the beaches and summer getaways that define the surrounding larger towns, KawaKawa has not had an easy time. Today the primary output is agricultural, with a high employment count in the social services and healthcare field. 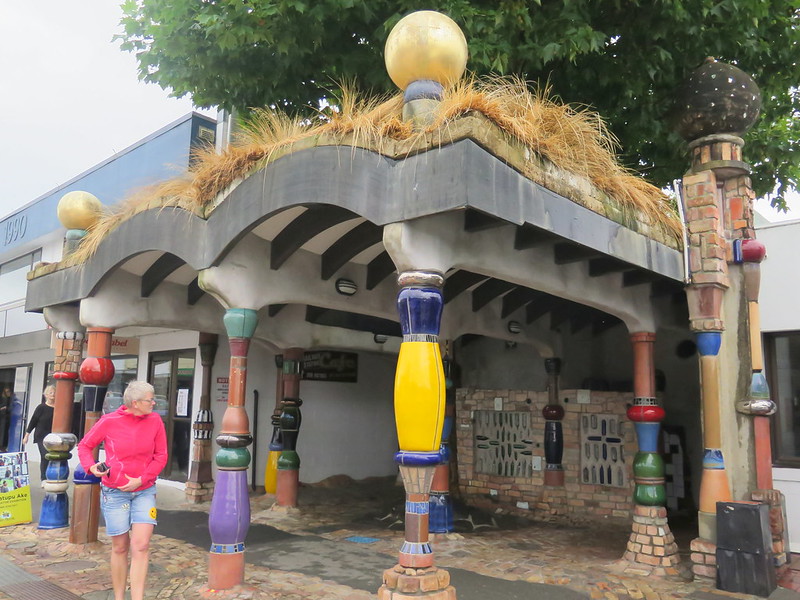 Kawakawa does have some interesting features for a traveller. Every town in New Zealand has a set of public toilets, or so it seemed, and Kawakawa’s was particularly striking, designed by Friedensreich Hundertwasser, an Austrian designer who lived in the town for twenty five years. Its vibrant colors and amorphous patterns lend it to feeling half colorful tavern, half art exhibit. While it is a commonly used and fully functioning toilet, it is also not uncommon for people to pop in just to take pictures. 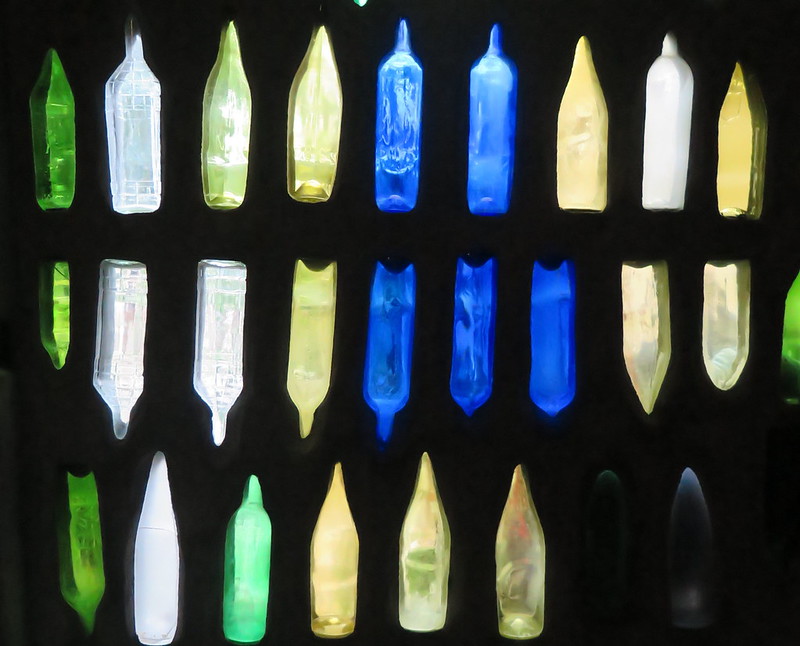 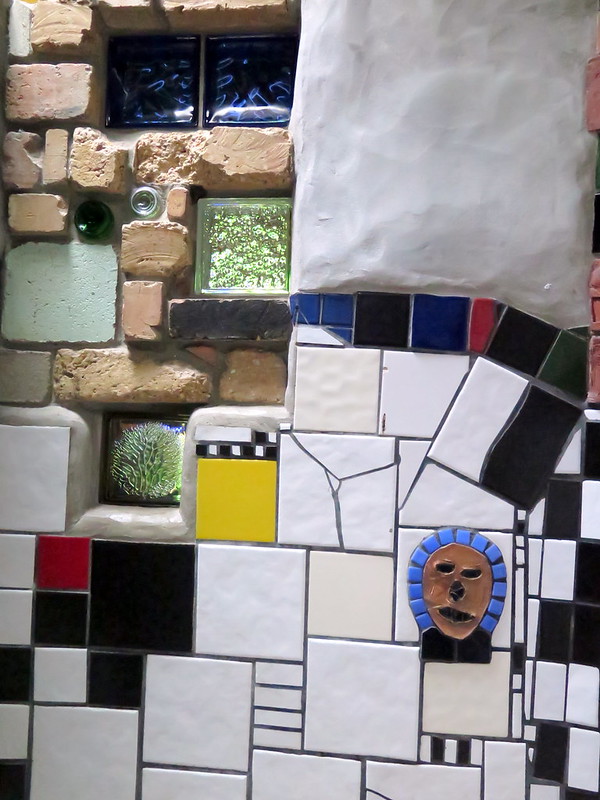 As we strolled up and down the main drive, we found an art gallery focusing on Maori artists. Much of the work involved carved wood, statues incorporating natural material, or paintings of human or natural scenes. The Maori tradition involves intricate and ornate carvings on objects as small as a dime to as ones as large as trees. I found the iron-and-wood statues particularly moving, but like many art galleries, this one was out of our price and carrying range. 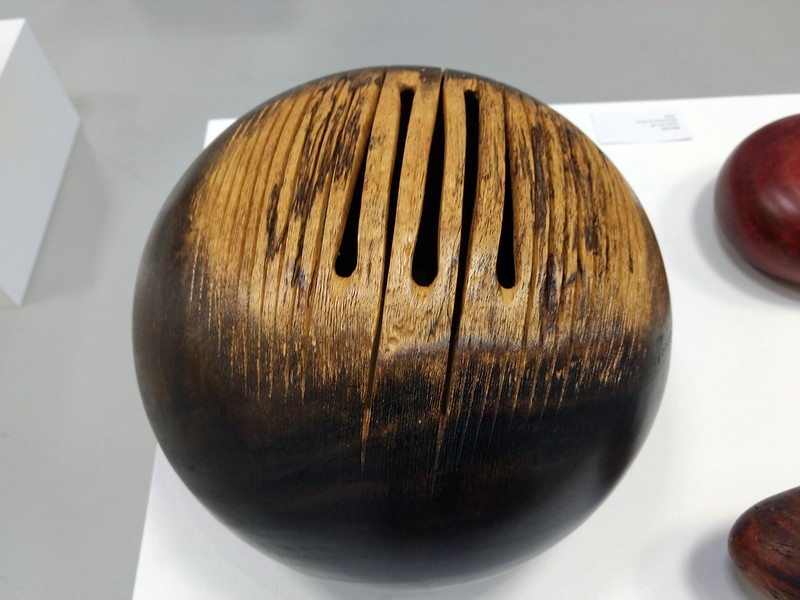 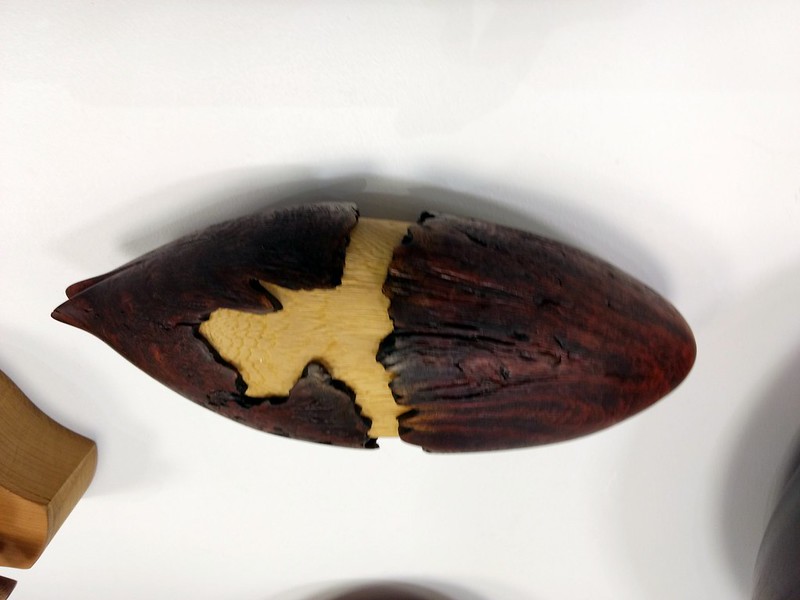 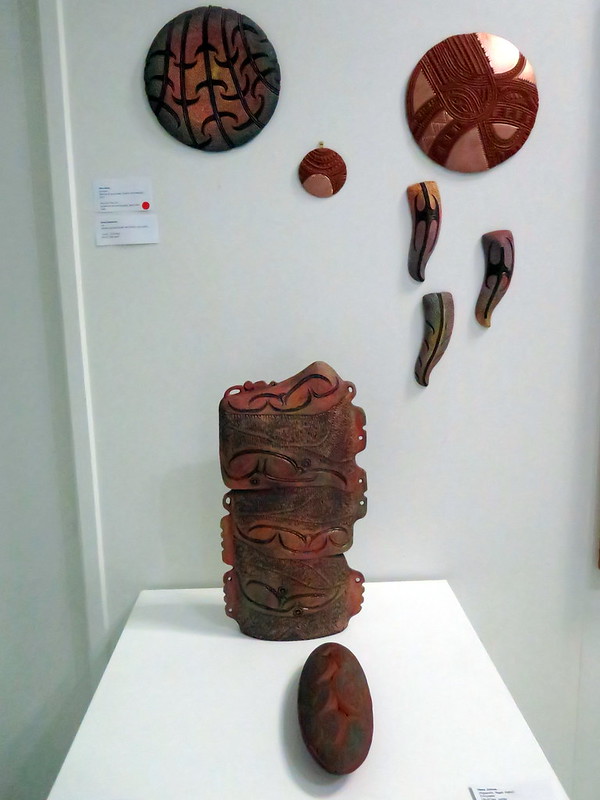 On the way out of town we stopped at a beach 30 or so minutes to the north to beachcomb, one of our favorite activities. Since we didn’t want to take our find out of the beach environment, we took a few pictures. 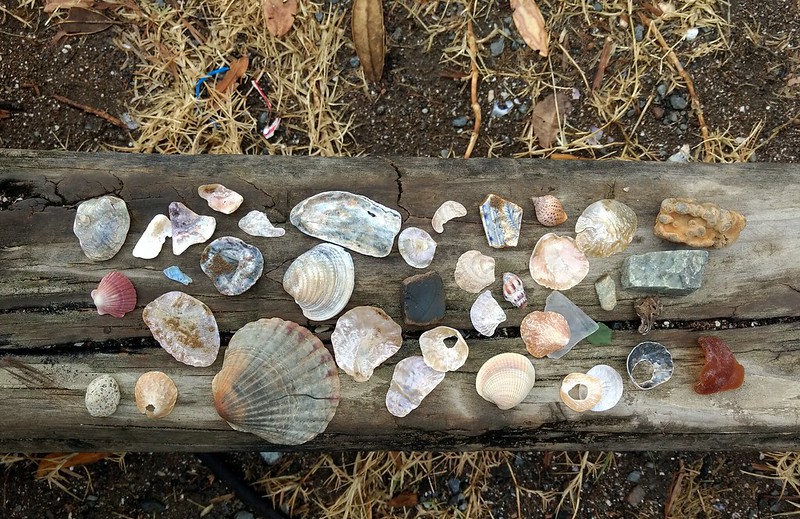