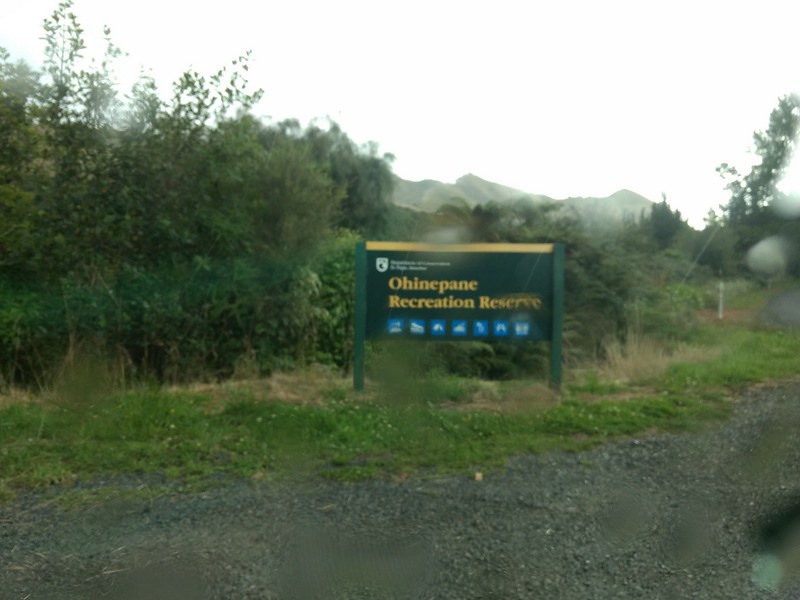 After three nights of rain and only one chance to dry our equipment, we’re uncomfortably, intimately aware of the constant damp feeling. The tent and sleeping mattresses started to get that standing-water mildew smell. Our packs, which worryingly hold everything, got a bit of rain exposure. The clothes we’re wearing never feel quite dry. And don’t even get me started on our socks.

But today we ran into a dry patch! Out past Taumarunui, the sun broke through the clouds and shone with a reassuring intensity. It held until noon, so we pulled off at Ohinepane campsite to have lunch and give everything a chance to dry. Sunlit grassy fields greeted us and we spread the equipment out around us. 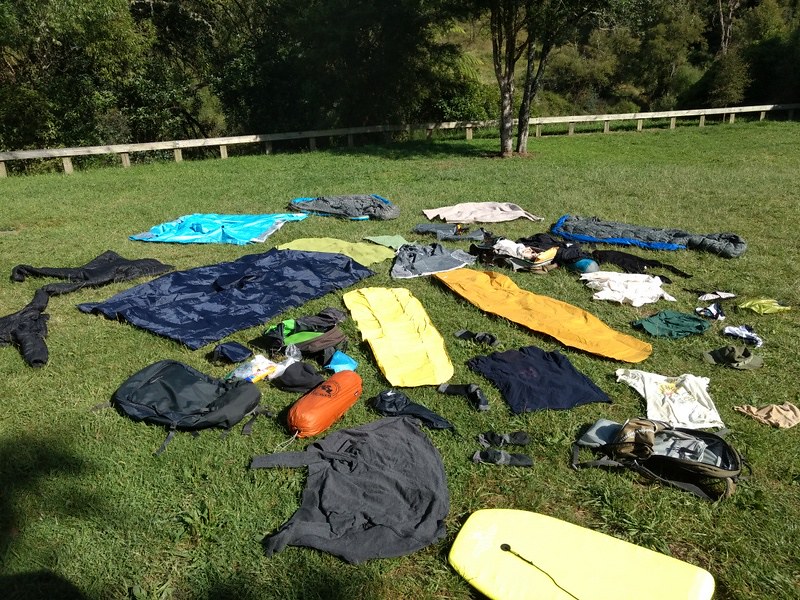 We took the chance for a leisurely lunch. We watched butterflies flutter by and some chickens hunt for worms. We greeted another group the came up to the campsite by canoe. We shared the covered kitchen area with them and exchanged travel stores.

The first sign of trouble was a dimming of the sun’s rays. Stoytcho and I peered out from the kitchen’s overhang and saw the massing clouds. “I’m gonna run to the restroom, then we’ll pack up.” Stoytcho called out as he headed to the camp’s toilets. “Sure,” I replied, only half-attentive. Stoytcho was gone only two minutes when there was an ominous darkening and the sun was gone. It was time to start packing stuff away. 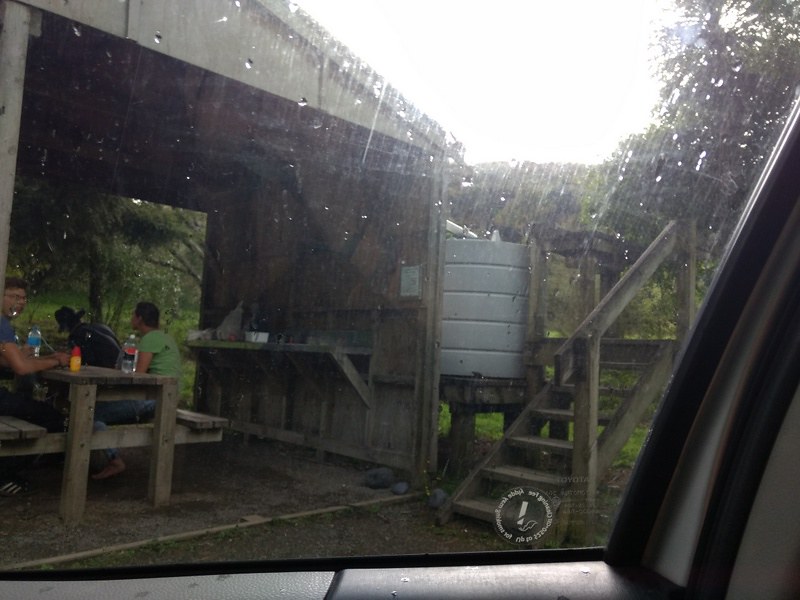 I had just finished rolling up the sleeping bags and mats when the rain started. Thick, scattered drops plinked down on the car and what remained of our gear. I grabbed everything I could and started throwing it into the open car doors. I finished just as the rain intensified, pouring torrents down onto the campsite. I threw myself into the car, and Stoytcho jumped in a few minutes later.

We sorted out the back seat and started the car, heading back toward the Forgotten World Highway. We drove for most of the day as the sky vacillated between gleaming sun, gloomy clouds, and giant raindrops. New Zealand’s weather is a fickle mistress indeed.