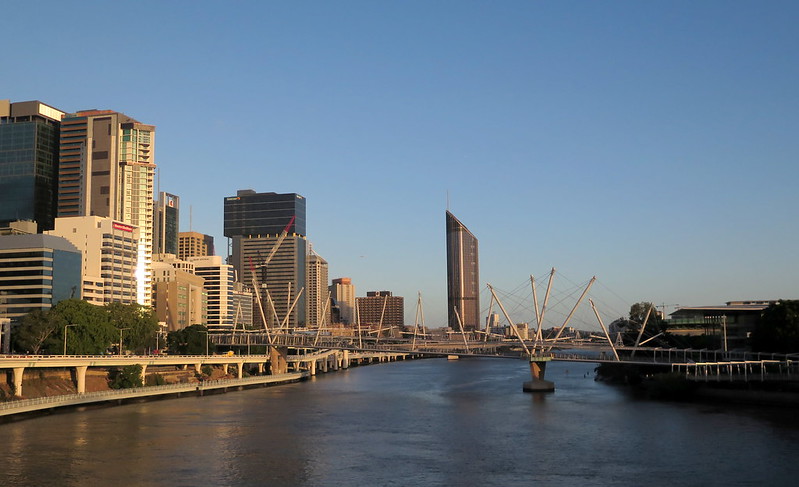 Brisbane is our first stop in Australia and little has changed in the years since I last visited. The city is still in eternal summer, just as I left it in August of 2010. It’s still a maze of suburbs, interspersed with parks and wide streets not built for pedestrian navigation. Cars speed through the metropolis while an underdeveloped bus network serves the rest of the population (and us). There are somethings I don’t remember from my last stay: new skyscrapers have appeared in the downtown area, and there’s a pedestrian/bike only path along the river. But if there were ever a sister city to my Los Angeles, it would be Brisbane.

Then there are the things that are wildly different here in Brisbane: the flora and fauna. While there are plenty of European imports, like bobbling pigeons and frilly French marigolds, native Australian wildlife has taken to the city. Black-headed ibises strut through grassy parks where you’d normally see crows, and at night giant fruit bats and bush possums forage in park trees. It’s wild and jarring, a reminder that we’re on a continent on the other side of the world.