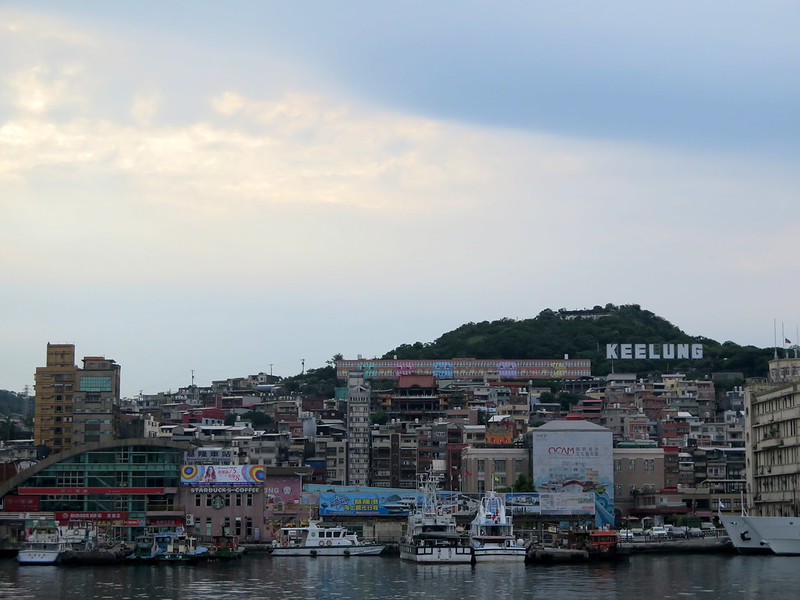 Keelung is a port city in northeastern Taiwan, but it feels like a small town compared to Taipei. We’re here as part of a transit route from Taipei to Jiufen, a tourist town just to the south. But an impending heavy rainstorm has stalled us, and given our limited amount of time here we’ve opted just to stay here in Keelung. 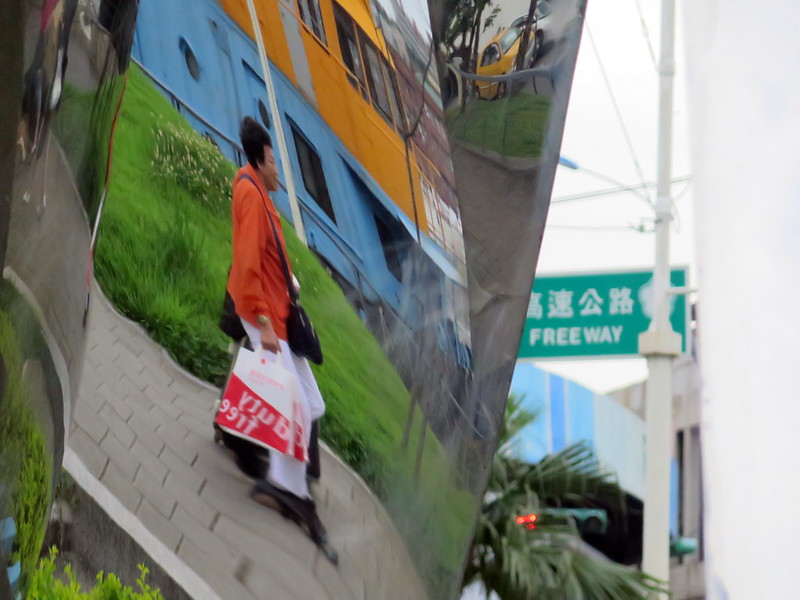 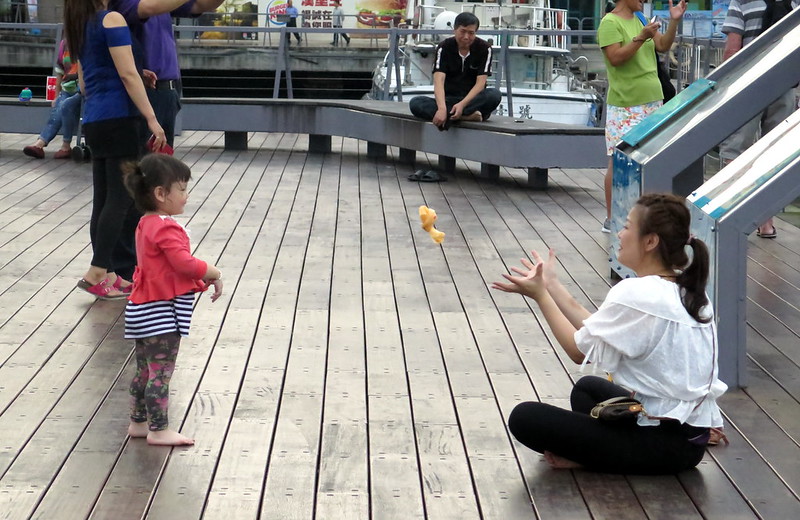 The strangest part of Keelung is the subtle Japanese influence that pervades and surfaces seemingly at random. At the tourism center, which is staffed by mostly elderly volunteers, I find a man who speaks fluent Japanese. He learned it in school, under the Japanese occupation (which lasted until the end of World War II). The old man helps us find an affordable hotel room, and tells us about how the Japanese occupied the island and treated the native Taiwanese people well. They built the rail system we used to travel here from Taipei. They modernized the economy. And to this day you can take a two-day ferry from here to Okinawa, at the southern tip of Japan. The weirdest thing is to listen to this man remember the fifty years of Japanese occupation with warmth; nearly anywhere else in East Asia, they’re reviled for the wartime atrocities committed during occupation. 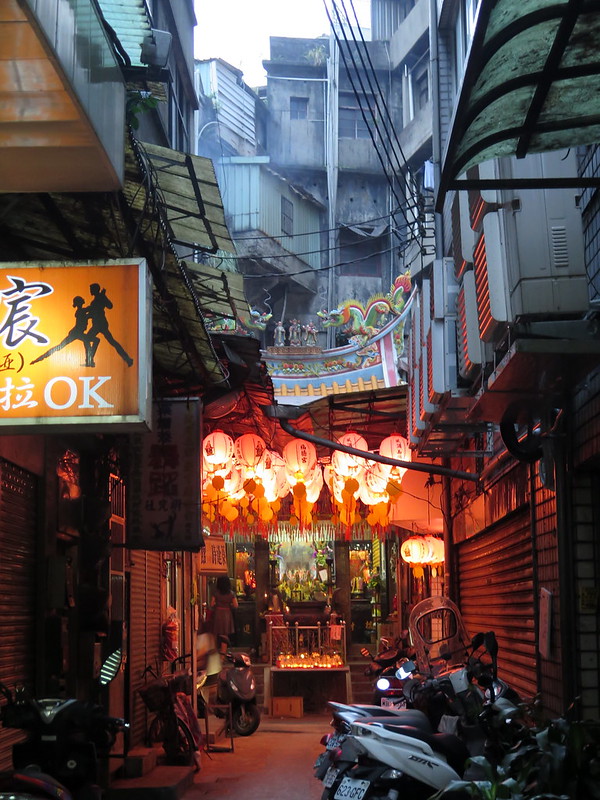 Like Taipei, the city lives more at night than during the day. In the daytime, the city loses thousands of people who commute into Taipei to work. Their motorbikes stand, neatly lined up together, behind the city’s train terminal. Few people walk the streets, and most are visitors that have just arrived on cruise ships for the day. In the evening, the situation reverses. The cruise-ship visitors return to their floating hotels and depart, while the people of the city return to enjoy Keelung’s night market. Stalls offer dumplings, fried scallion pancakes, and fresh seafood. Locals walk between the stalls, carrying food or the now internationally-famous Taiwanese invention, bubble tea. 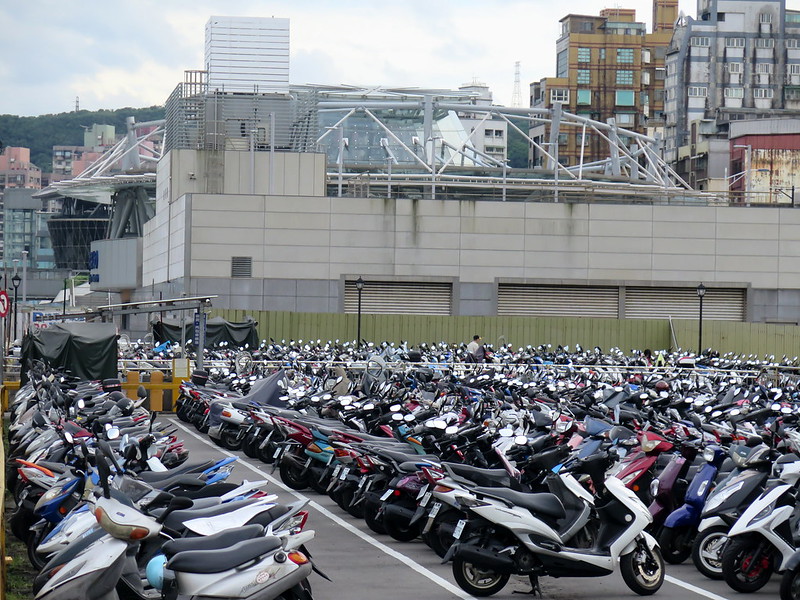 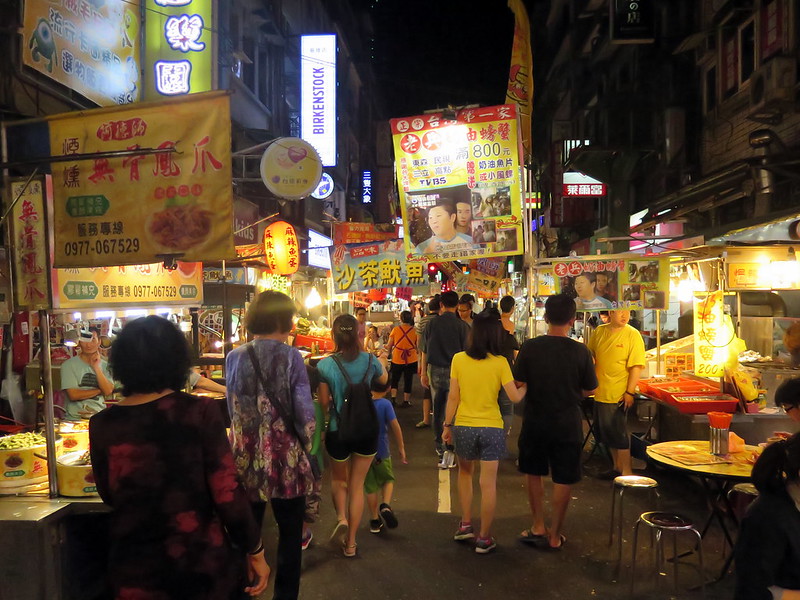 After all of the food at the night markets, we set out one morning to try and walk off some calories, heading north along the coastline to see what we find. We walk roads meant primarily for cars and keep a nervous eye out for careless drivers, though there’s little traffic for a weekday. The roadside scenery on the landside alternates between dense hillside forests and dense apartment buildings, both a chaotic mess of angles and lines. 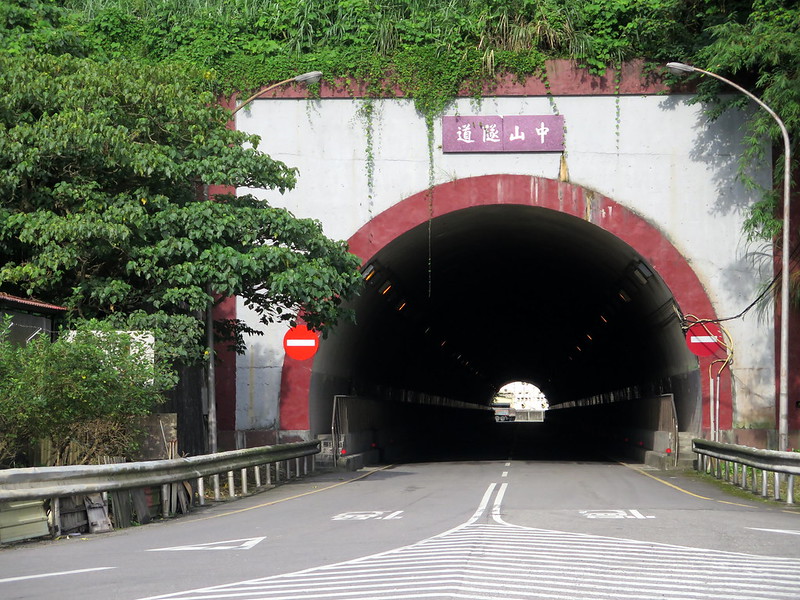 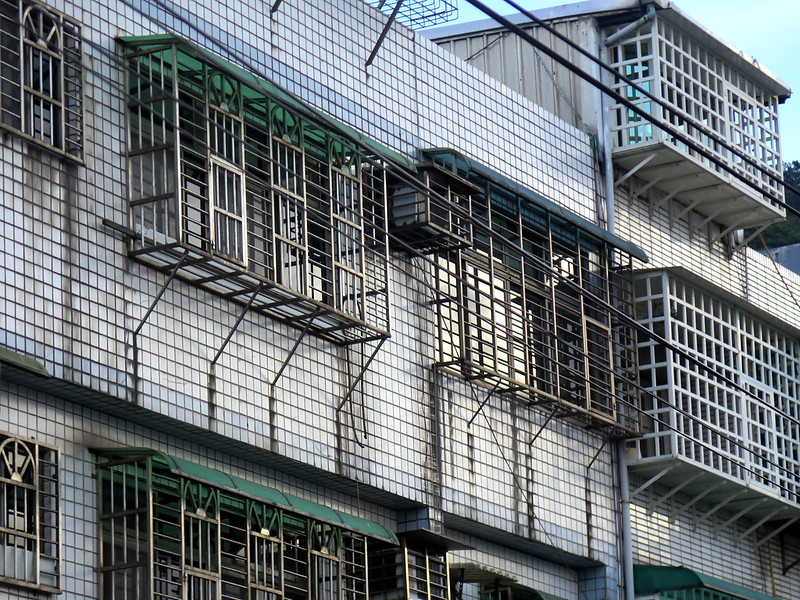 On the sea-side, we see nothing but port and shipping equipment. We pass rows of cranes for shipping containers, standing stock-still like iron horses silhouetted against the sky. There are no people in sight, but there is evidence of them everywhere. We see a crane moving in the distance and trying to center itself over a shipping crate, like a giant, million-dollar stakes version of a claw catcher game. We find empty chairs in front of guardhouses, and trucks left with the engine idling. But we encounter no human souls on our side of the port’s wall. 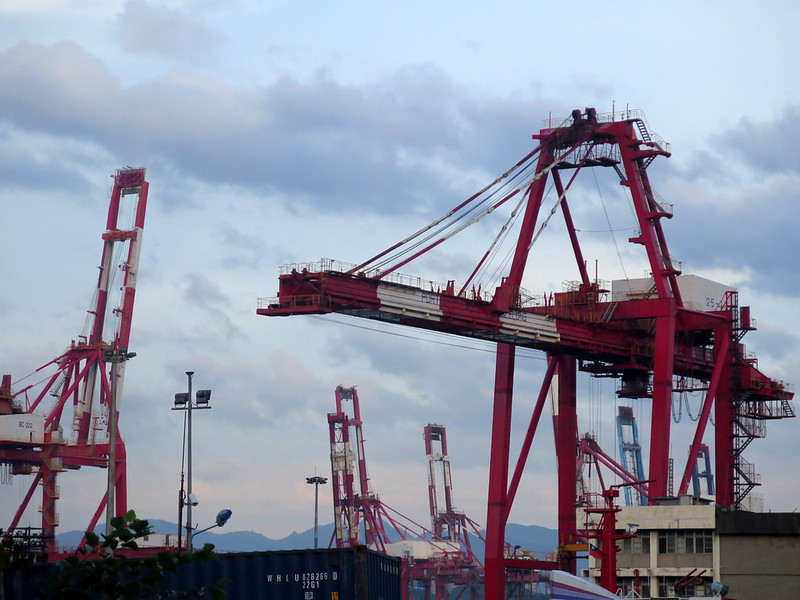 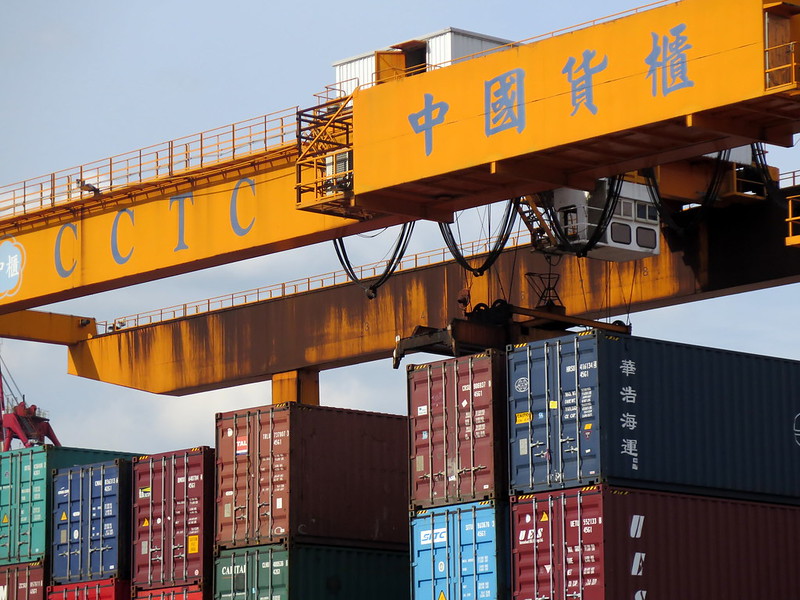 After a few hours, we find our first destination, a Buddhist temple hidden in a cave. I realize with embarrassment that I’m not wearing anything to cover my shoulders and pull our travel towel over me like a makeshift shawl. But the Buddhist monks here don’t seem to care, or at least they ignore us politely as we enter. We make our way in to the main altar and bow like my father taught me to when in the presence of a temple. 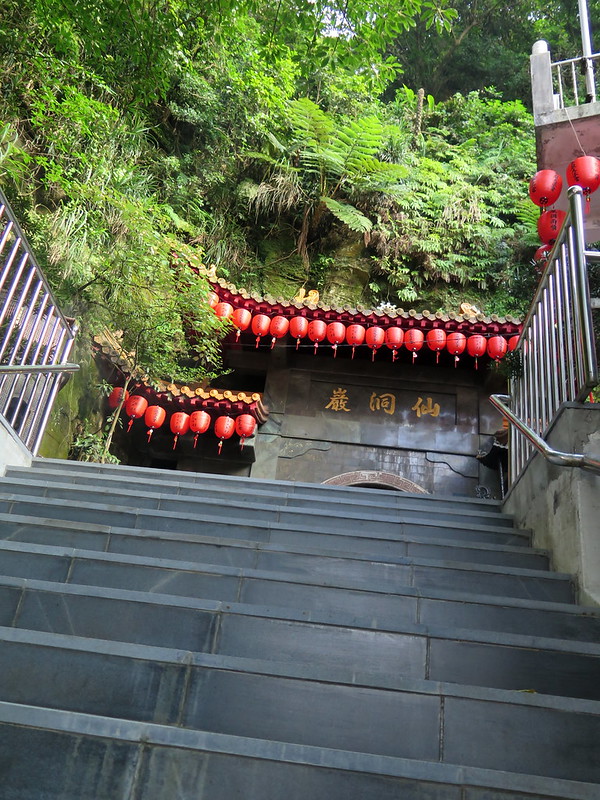 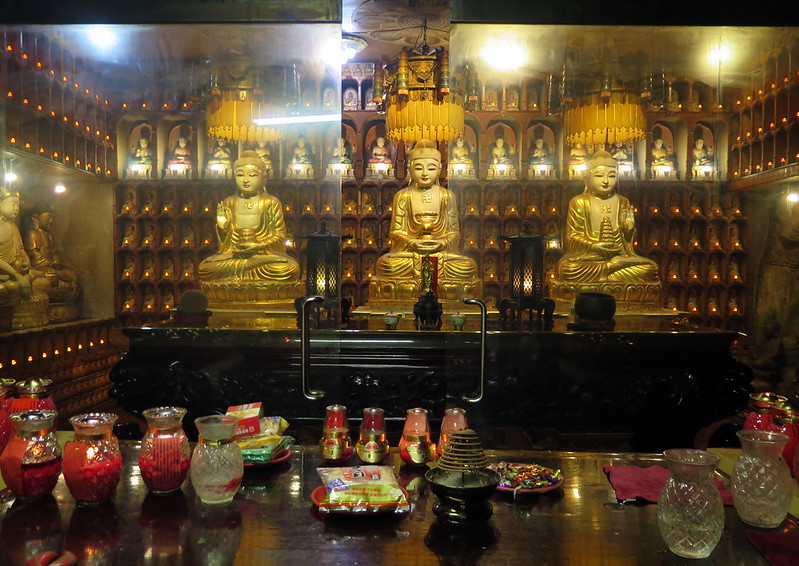 To the left of the altar is a crevice, and I’ve heard rumors that there’s another altar past it where you can hear the ocean through the cave’s walls. At nearly 2 meters, Stoytcho is hesitant but follows, and we walk, then crouch, then crawl our way through the crevice, scraping the walls with our backpack and shoulders. It’s not something I would recommend for anyone with claustrophobia, but on the other side a small room with an altar stretches before us, the walls decorated with thousands of Chinese characters scratched into the sandstone walls. I make out a character here and there, but can’t put any meaning to them. We also stop to listen for the sound of the ocean, but can hear nothing. 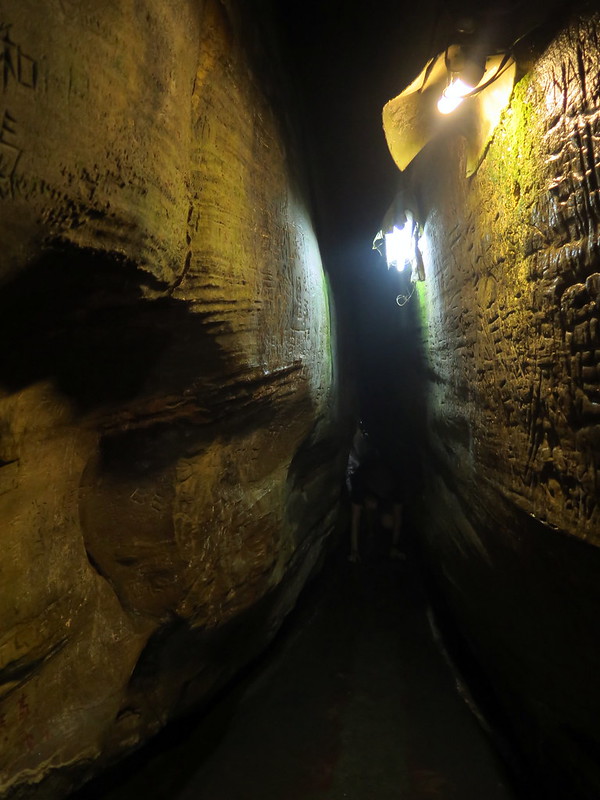 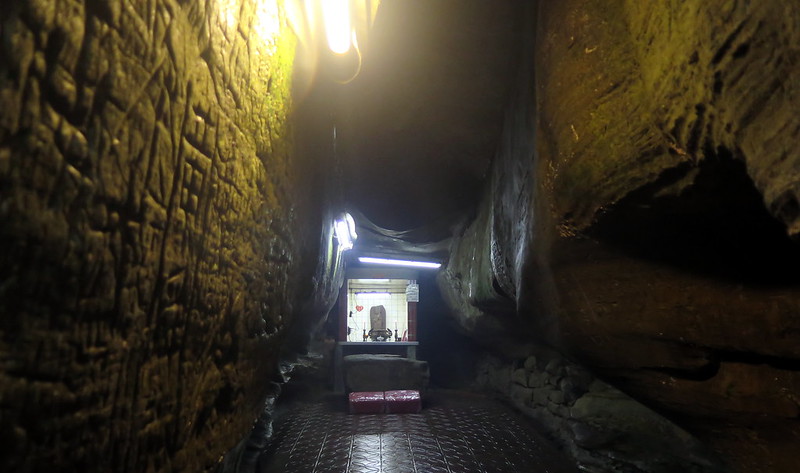 Back at the temple entrance, we continue north in search of our final destination of the day, Baimiweng Fortress. It’s near sunset when we arrive at the fort’s base, and we find our way through the maze of apartment-lined suburban streets to our destination with the help of locals, who tolerate with patience my attempts at pronouncing Baimiweng. At the top, we find that the local government has converted the fort into a grassy field for sports and recreation, with richly-painted pagodas for picnics and lounging about. 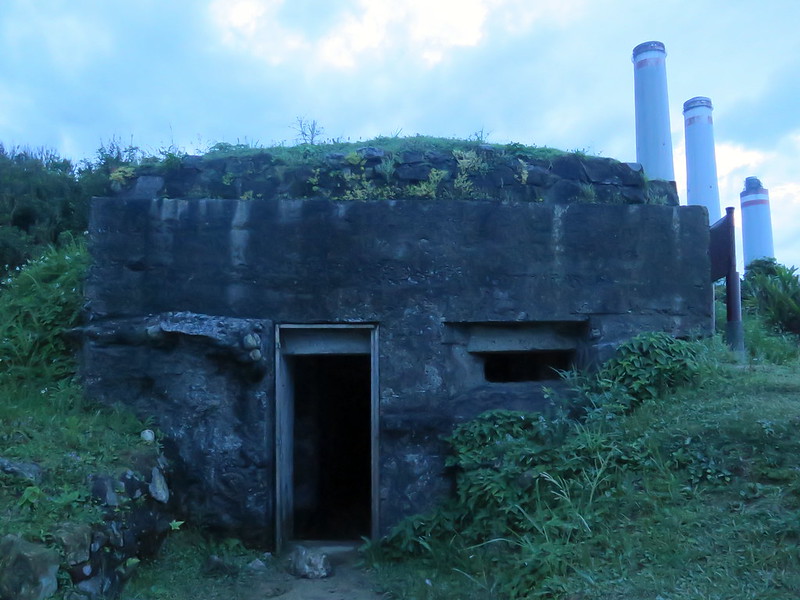 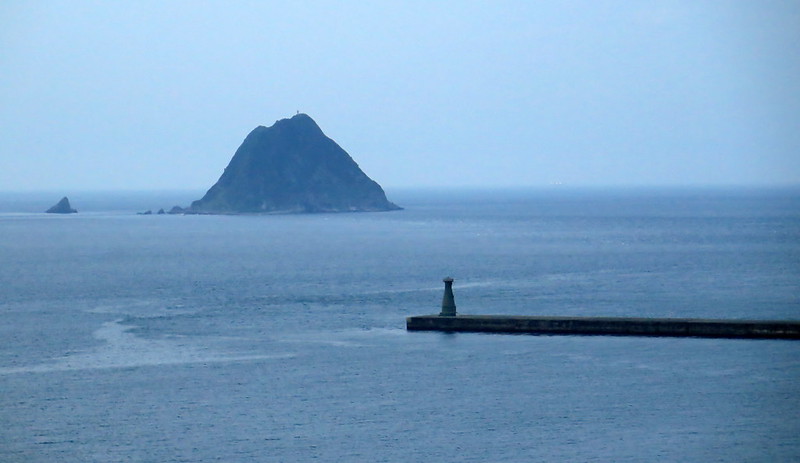 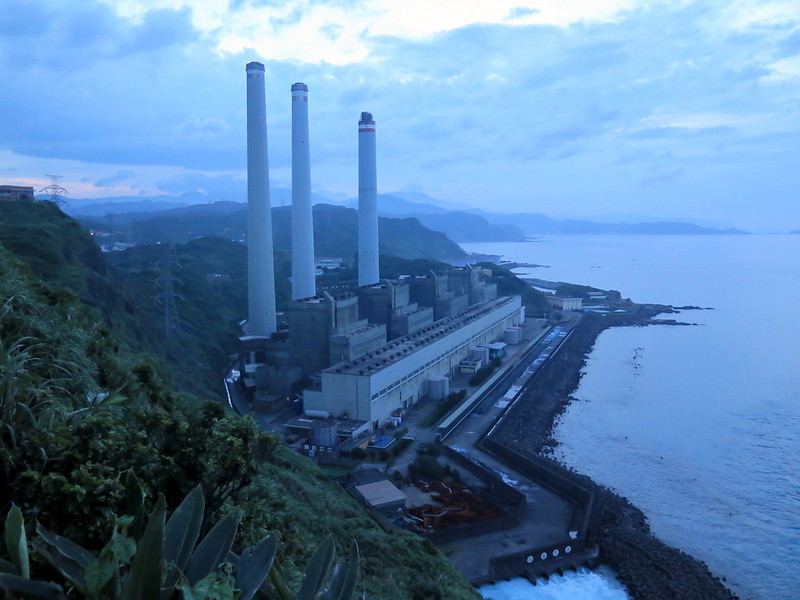 We rush to explore the fort in the dying light, up to the top of the lookout hill and then back down and across the grassy fields to the concrete bunkers installed during Japanese occupation. While the fort location has been an important military base since the Qing Dynasty, the Japanese government was the one who updated it for modern warfare and installed concrete structures, now overgrown with weeds and showing cracks from disrepair. But this area was once a strategic place protecting Taiwan, then vital to the Japanese Empire as a supply line to their former colonies. It’s strange how alliances and governance have shifted and changed since then, and it all seems like far away history. But just yesterday, we met the old man at the tourism office who lived through it. 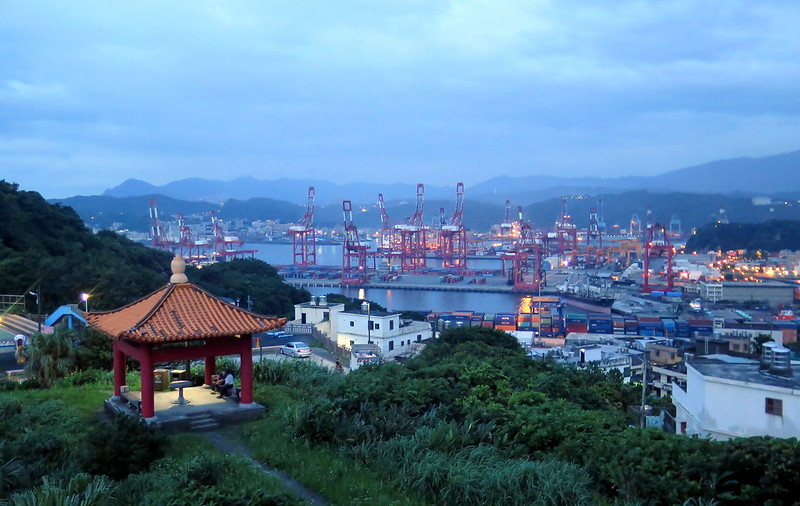