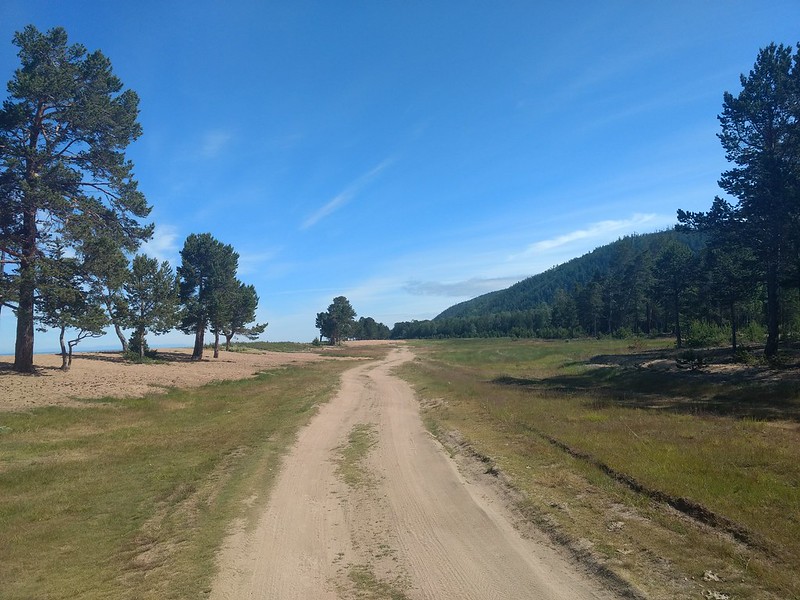 In the morning we set off north-east along the lakeshore. There’s a path connecting large sections of the lake in a walkable trail. The section we were hiking along is not really part of this trail system, but since it’s between a few large dacha villages and people love to vacation here, there’s a long running road all the way up. 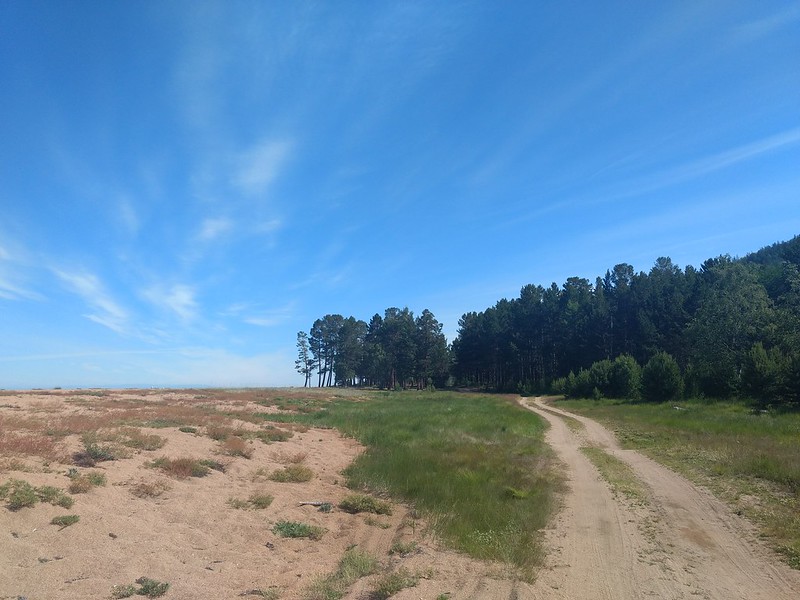 The road is more often than not a two-wheel dirt track. During peak season it might be quite busy but when we went in early July there we found only a handful of cars. 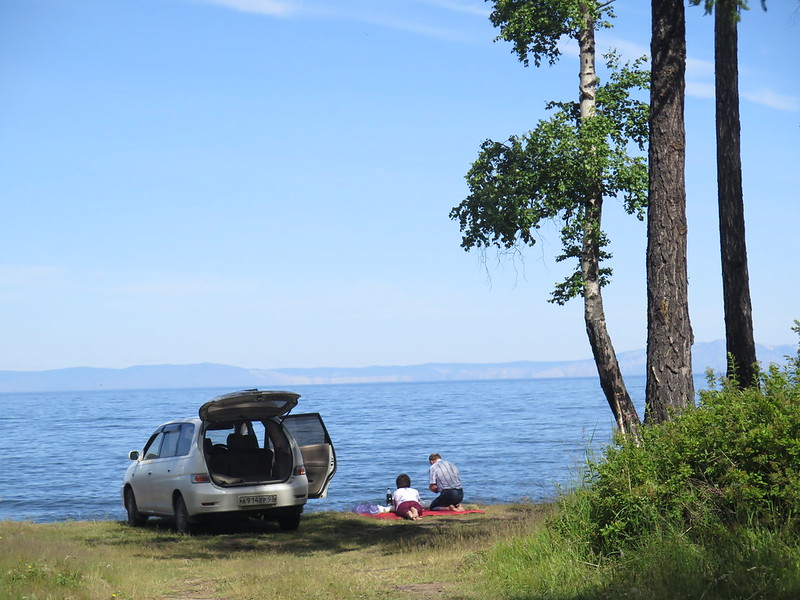 Between the trees were periodic gaps leading to views or down to the beach. People picnic there, either for day trips or occasionally in camper vans. 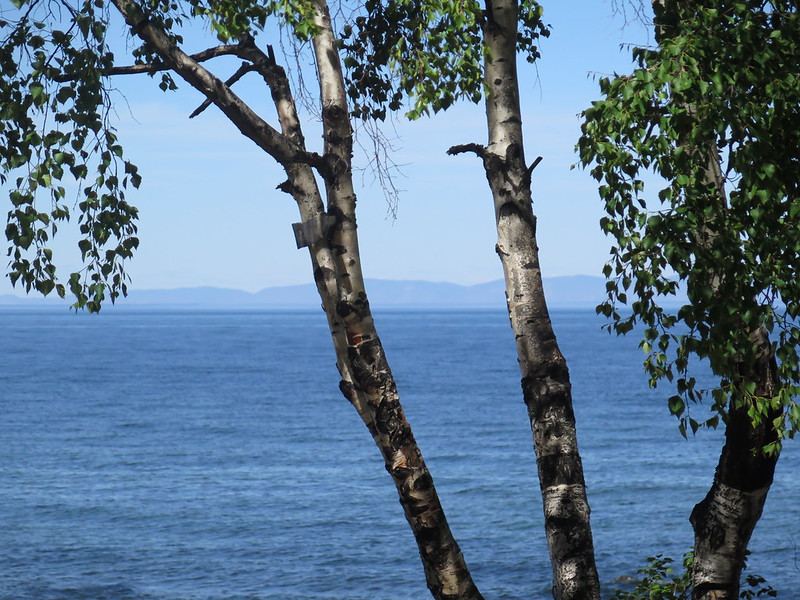 All sorts of windswept trees grew along the shore. 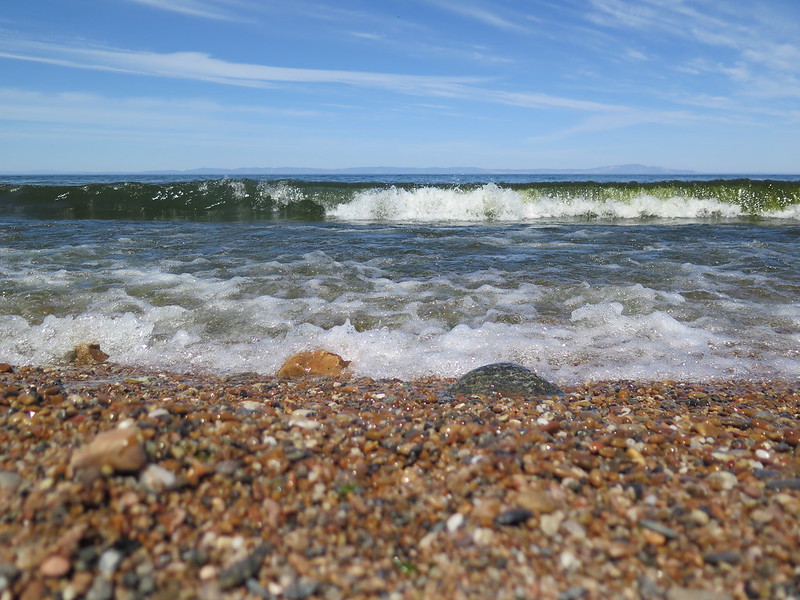 And we had a great time skipping stones on the endless water. 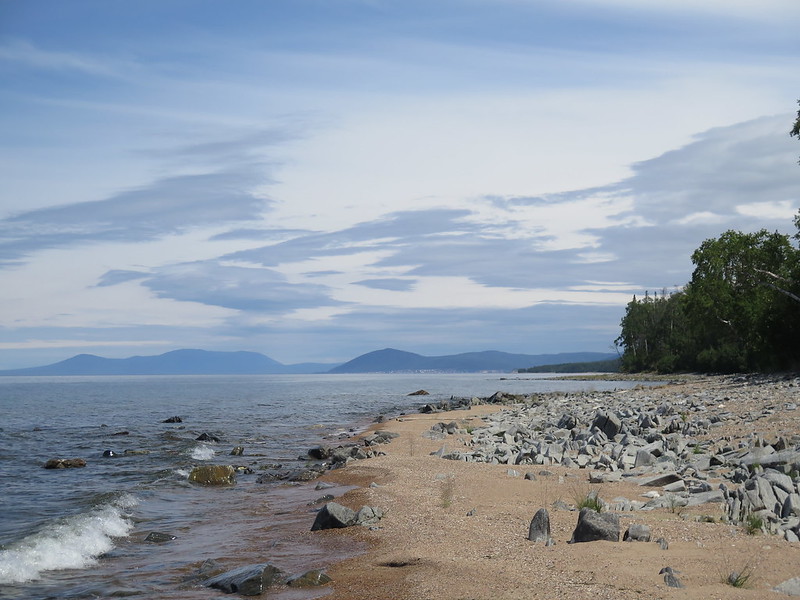 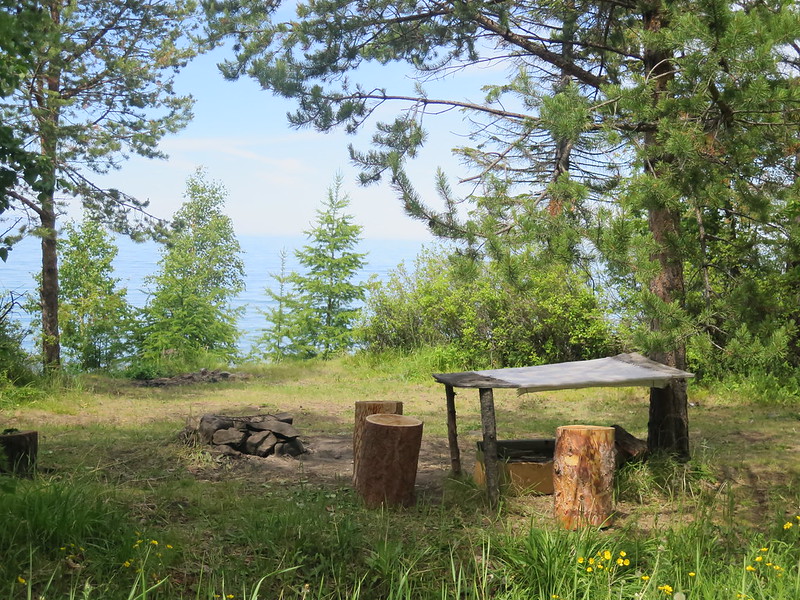 Some of the nooks between the trees had tables and stools set up from previous visitors. 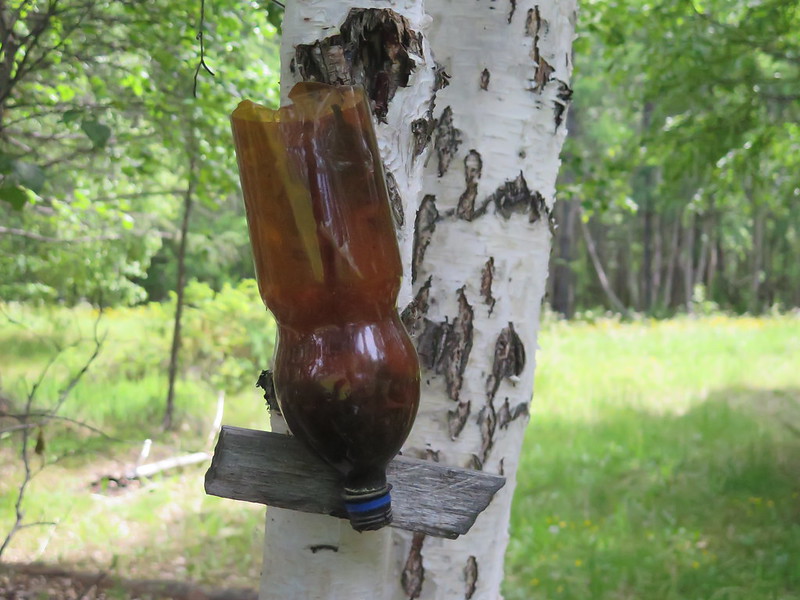 More often the spots that were visibly picnic grounds had these upside down bottles nailed to a nearby tree. We never figured out what they were for, if anyone knows let us know! 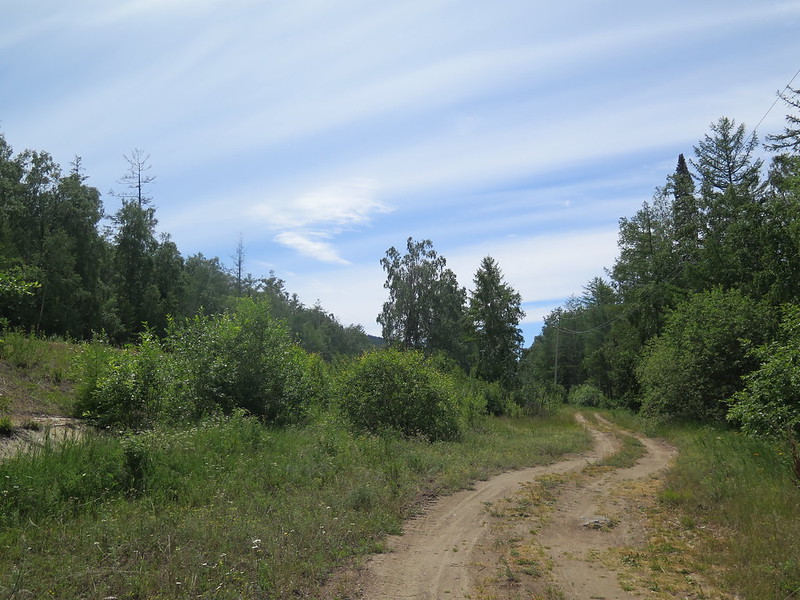 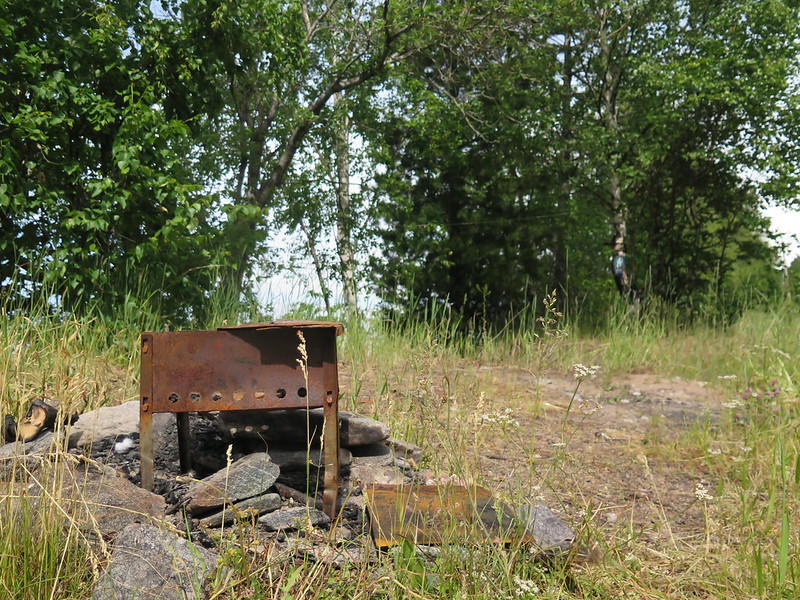 Some of the campsites we found were better equipped than others. Despite how many visitors this area gets, the shore is remarkably clean and free of pollution or litter. Only immediately around centers of population did we see lots of trash. 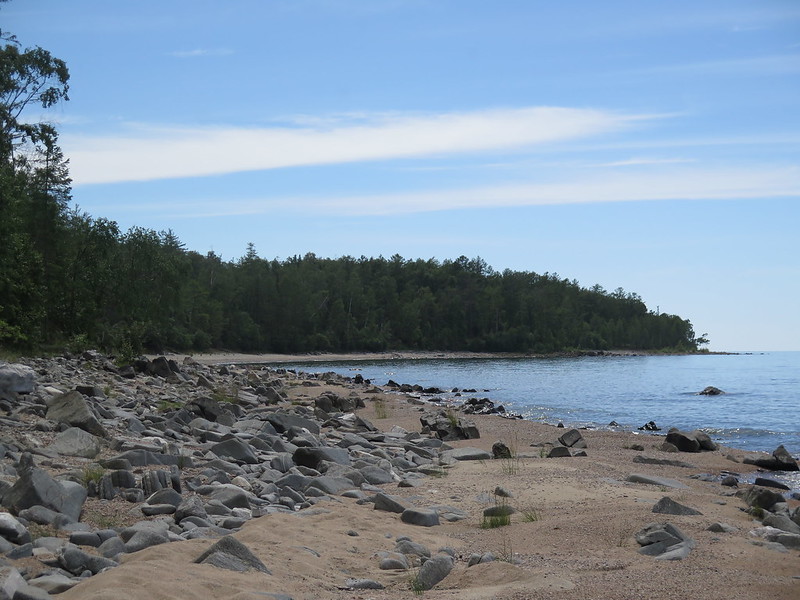 The path was always pretty clear but rarely continuous. 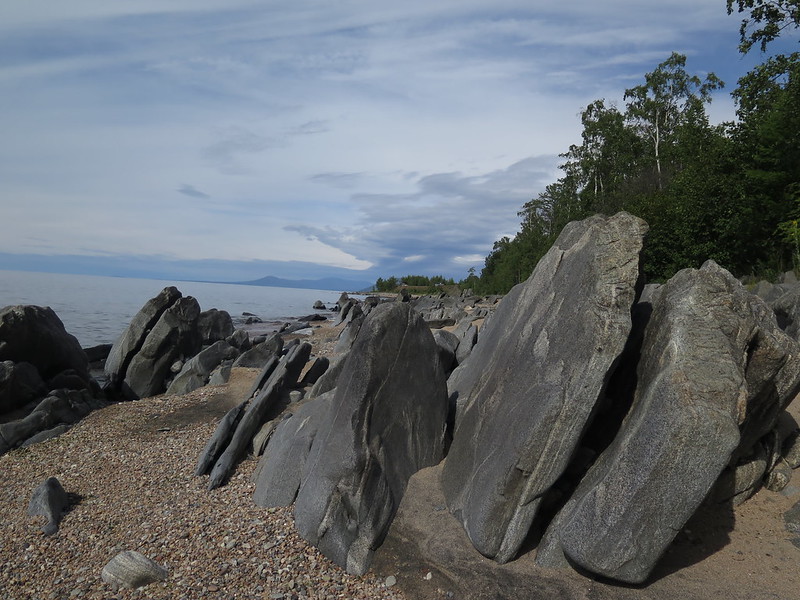 If the beach became too rocky to walk on, we headed away from the shore and back into the forest. 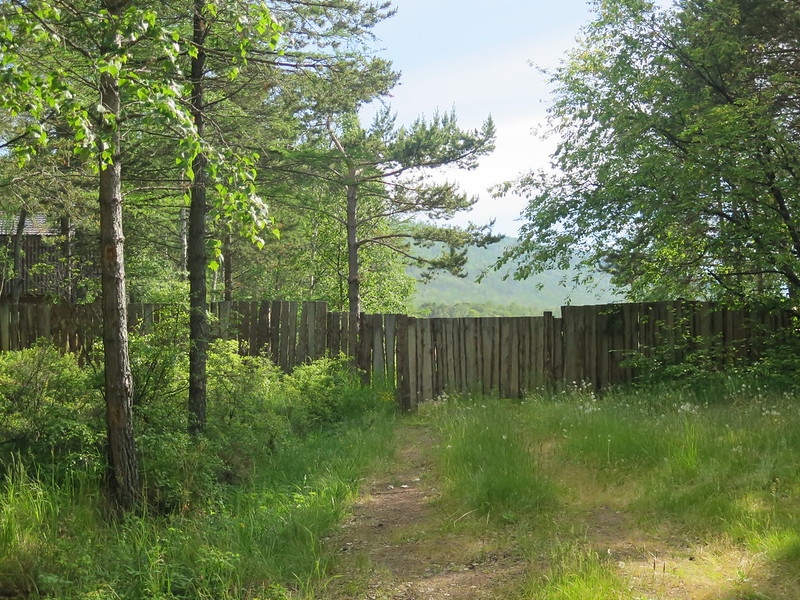 And if in the forest we met a gate to some presumably private community, back to the shore we went. There were a few of these along the way actually. Strange for what amounts to public land in the wilderness. 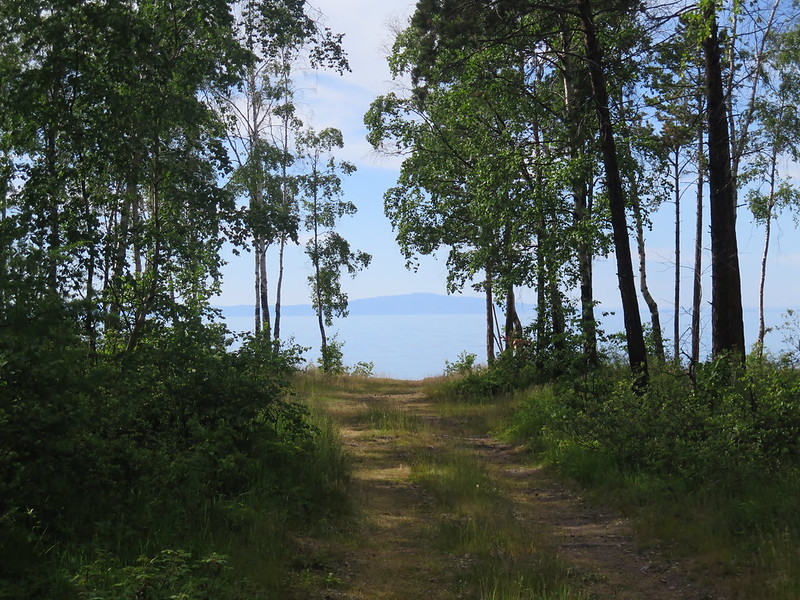 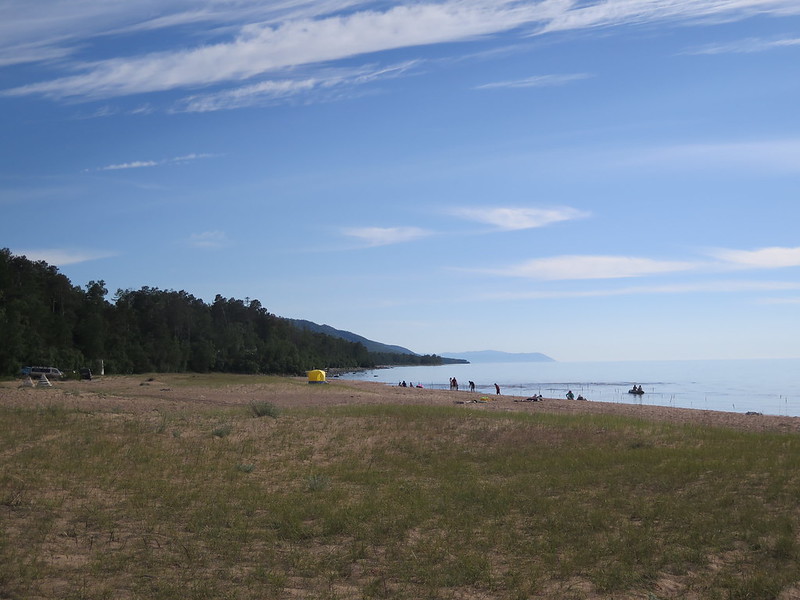 We finally ran into larger groups of people on a long stretch of beach somewhat near a town. There were some tents pitched nearby and one of the groups had a boat. If would have been amazing to row on the lake, but maybe next time. 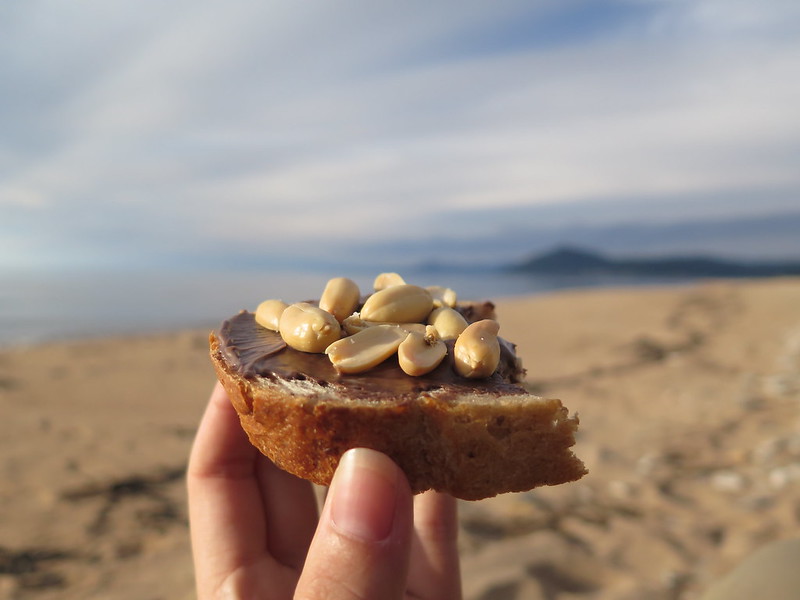 Near the end of the day we stopped for fuller meal. We were not as prepared for this trip as we had been with some of the others. Peanuts and bread and a nutella-like paste we found at the grocery store was dinner. 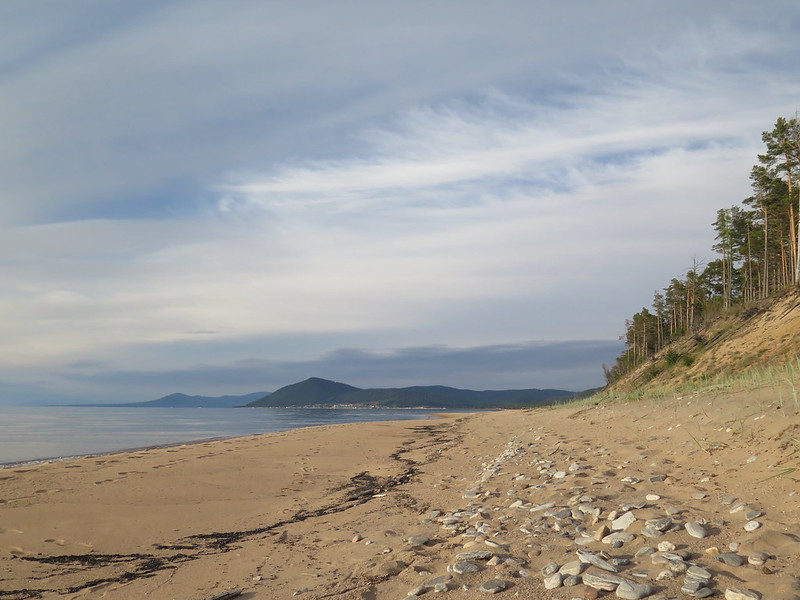 It turns out the spot we stopped at for our meal was entirely isolated. It was far from the last group of campers we’d seen, and far enough from the next town to not attract too many visitors. 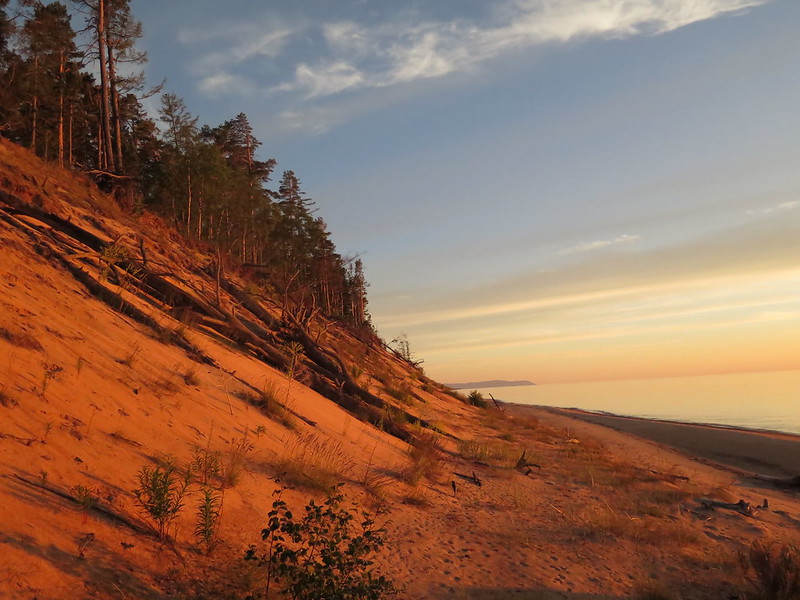 Soon the sun began to set. 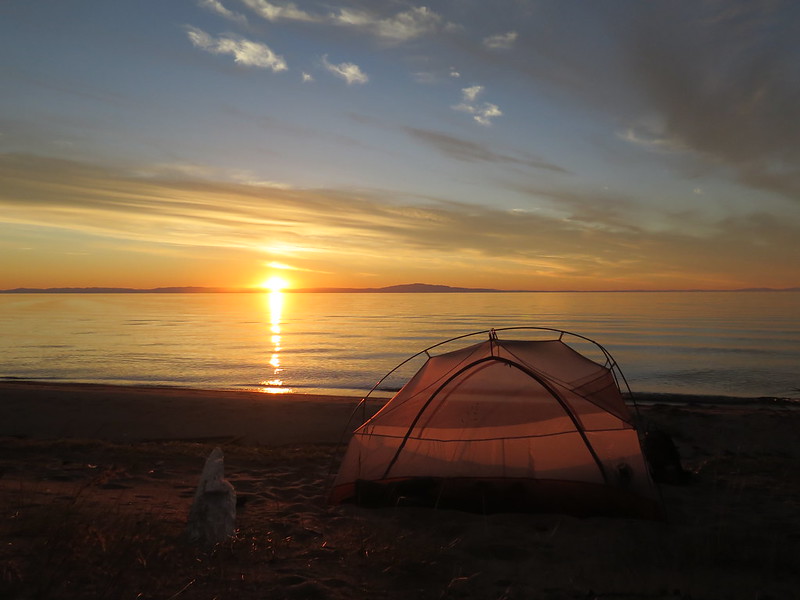 This sunset was one of the most beautiful sights on our trip. The lake stretched out, dark blue bathed in orange. The cliffs behind and around us turned orange as well, even well after the last light of the sun fell below the horizon on the opposite side of the lake. 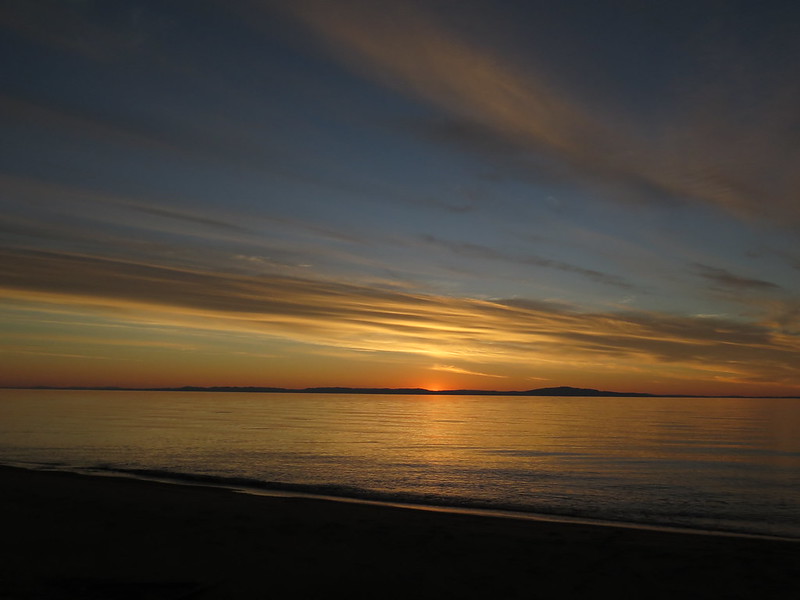