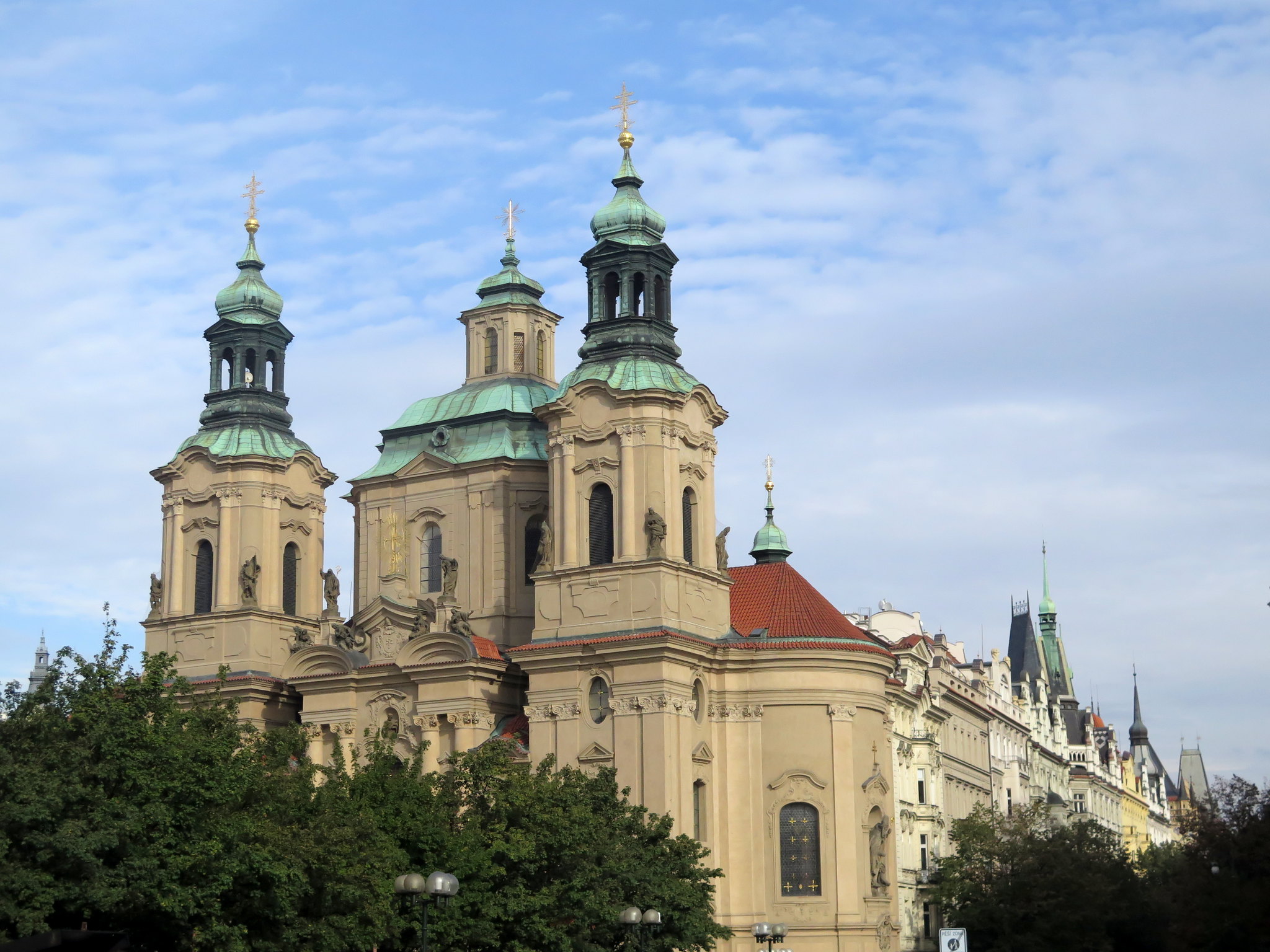 Walking the streets of Prague at night is a lovely experience. It’s dark with lights floating the air, illuminating the street from two meters up, or reflecting down from the lit up buildings. As pedestrians (mostly tourists in the old town) wander between restaurants and bars and shops, you will likely see someone carrying a strangely large ice cream cone. 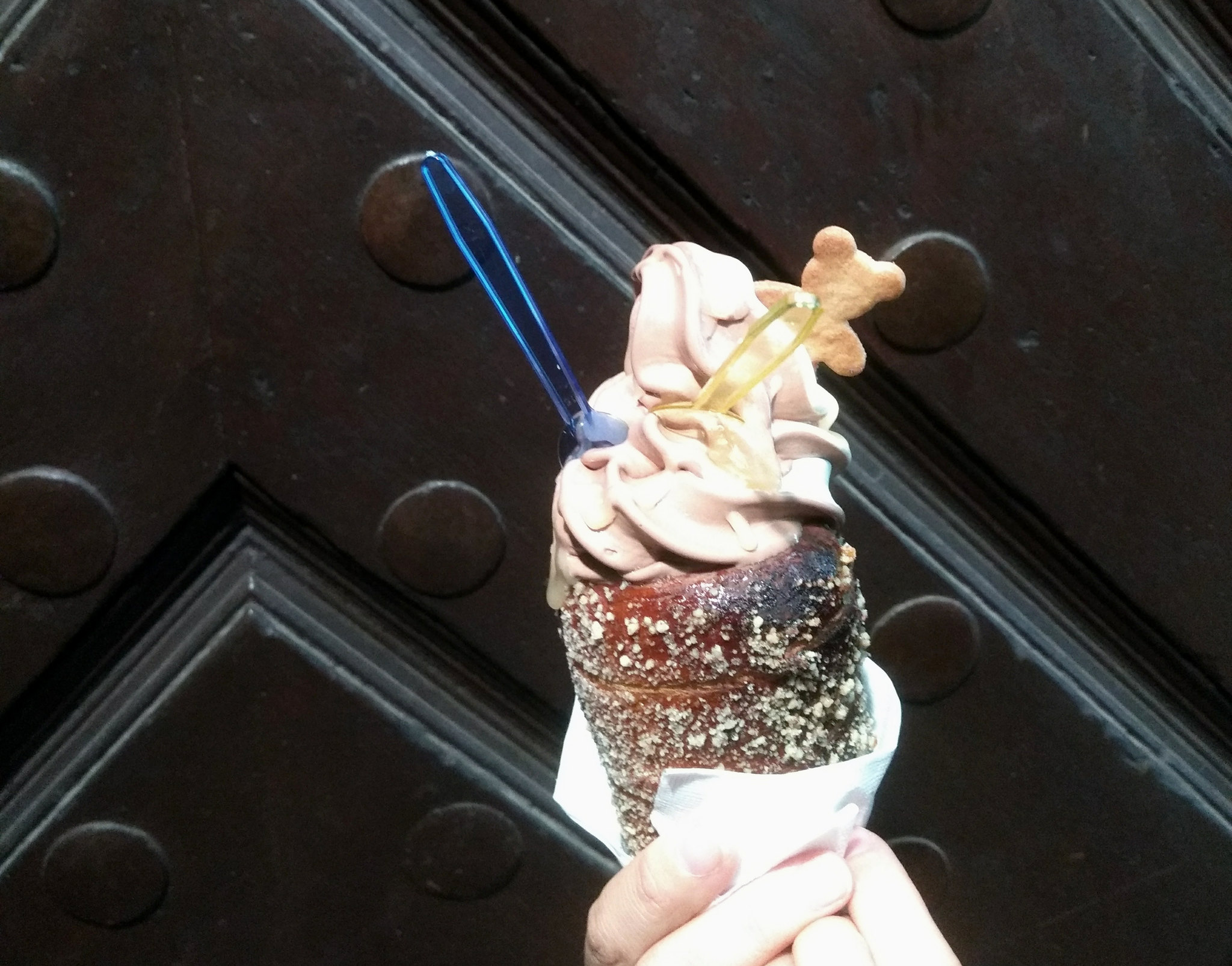 This is the filled variant of the Trdelník. The “ter del nik”, with the accent on the last syllable, is a cinnamon-roll like dough wrapped around a thick wooden rod and slowly turned over a fire until it’s crispy and brown on the outside and soft and chewy on the inside. Oh, and it’s lightly coated in sugar just as it comes off the fire giving it a sweet glaze. 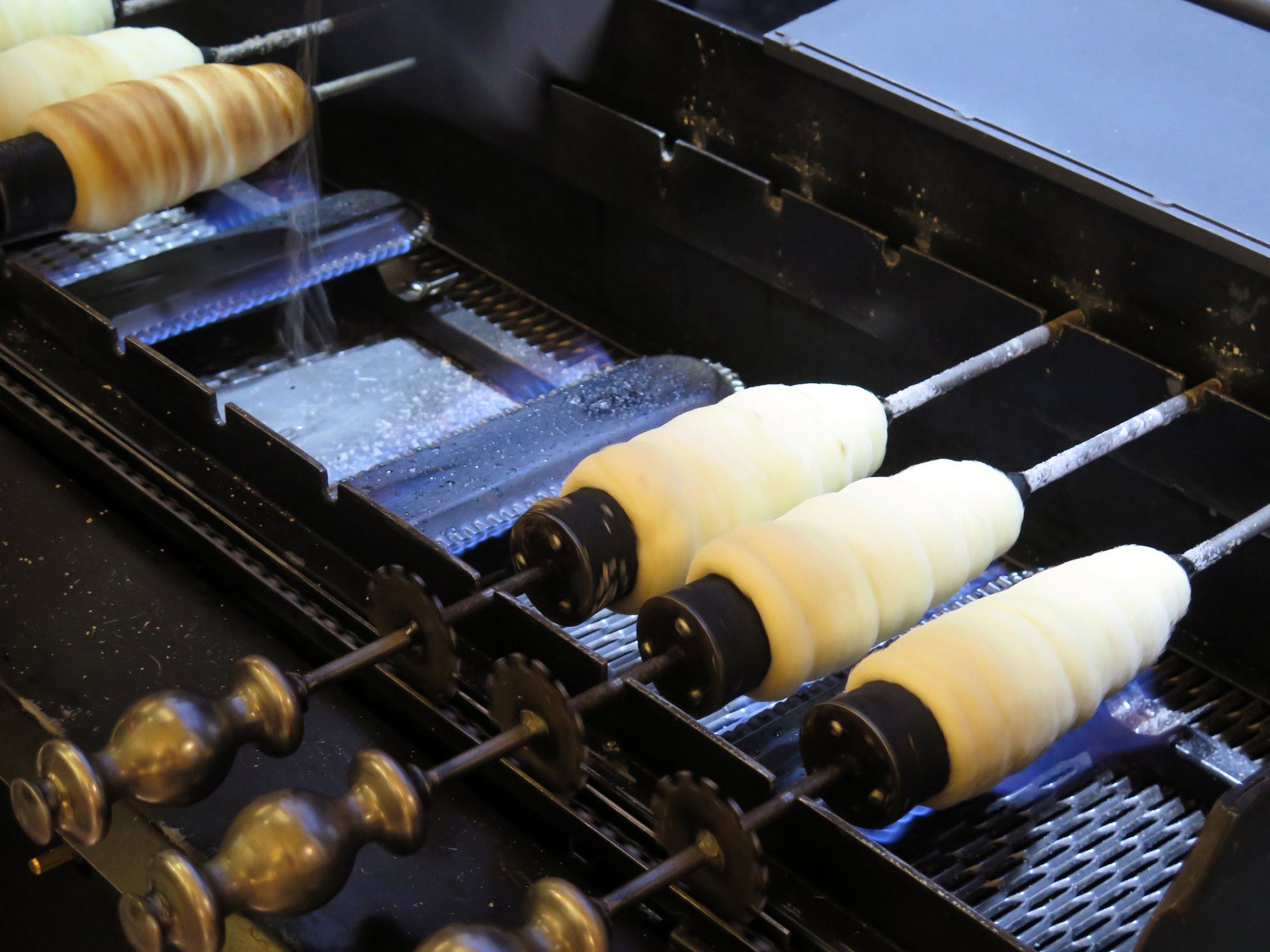 It’s not particularly a Czech thing, except in that Prague had the most Trdelnik shops in any of the cities we visited. The bread baked on a stick concept is as old as the greeks and a version of this is available in many European countries. For tourists though, Prague is the current center of the roll. 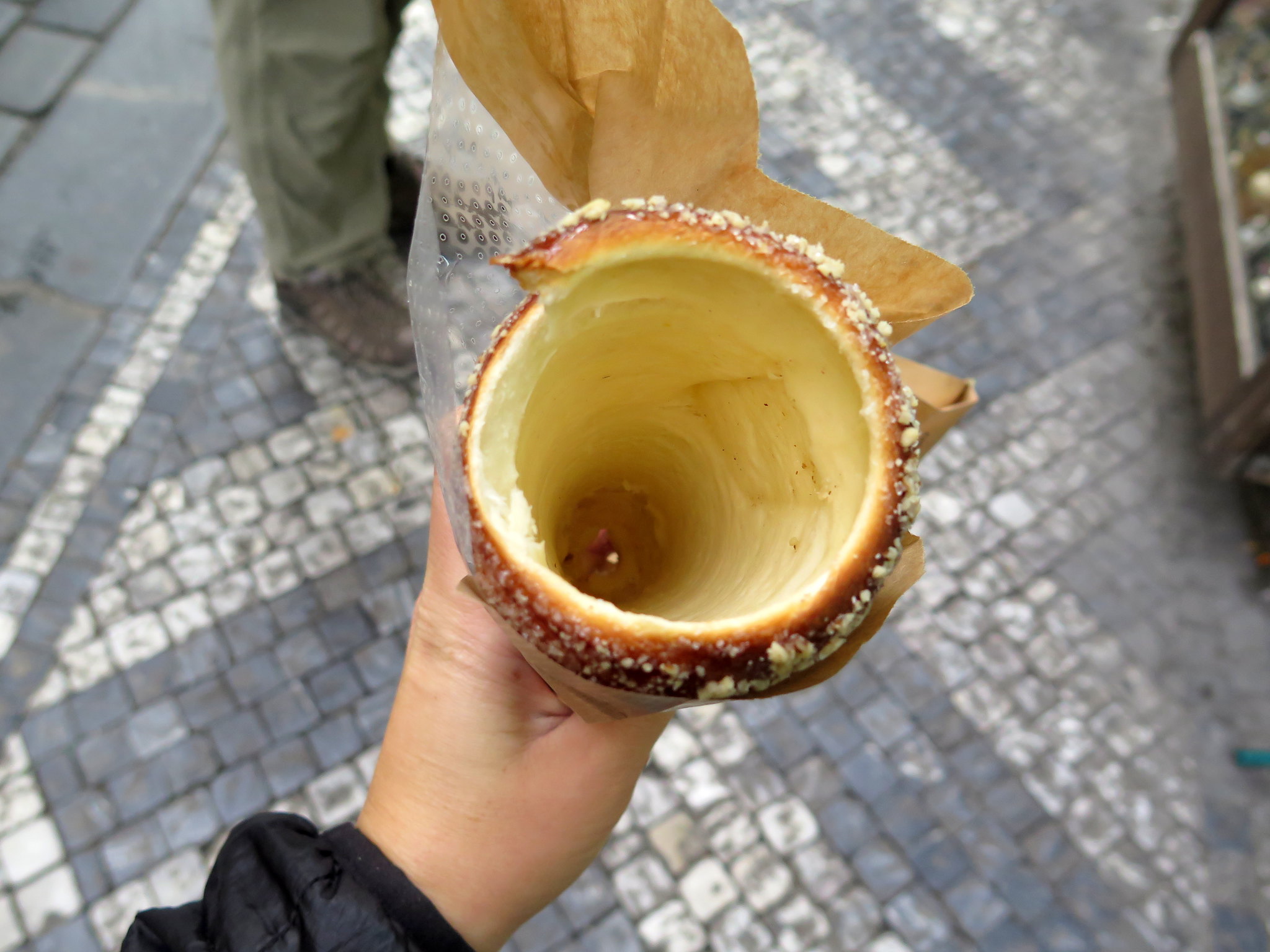 It doesn’t really matter where it came from or what name it goes by, the Trdelnik is delicious. There are some shops that make it better than others so it’s worth trying a few. Of the ones we tried, most of them were just the right mix of crispy and chewy. They’re big enough to share, but ours disappeared pretty quickly – they’re best eaten hot after all. 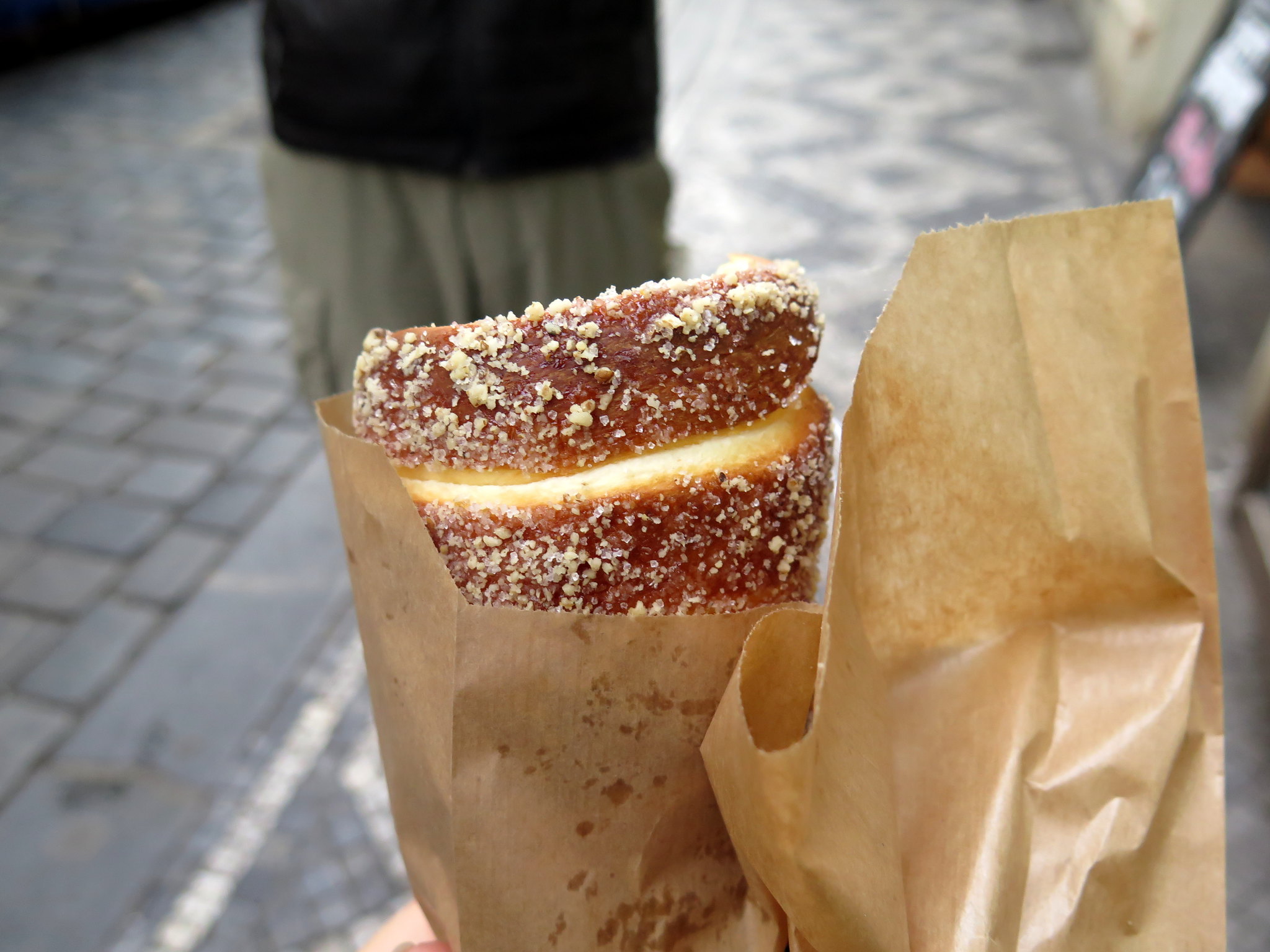 Outside of delicious eat-as-you-walk dessert, we got extremely lucky with the other traditional dishes we ate. The restaurant that was recommended to us (U Magistra Kelly) featured a plethora of great food and highly drinkable, cheap, beer. 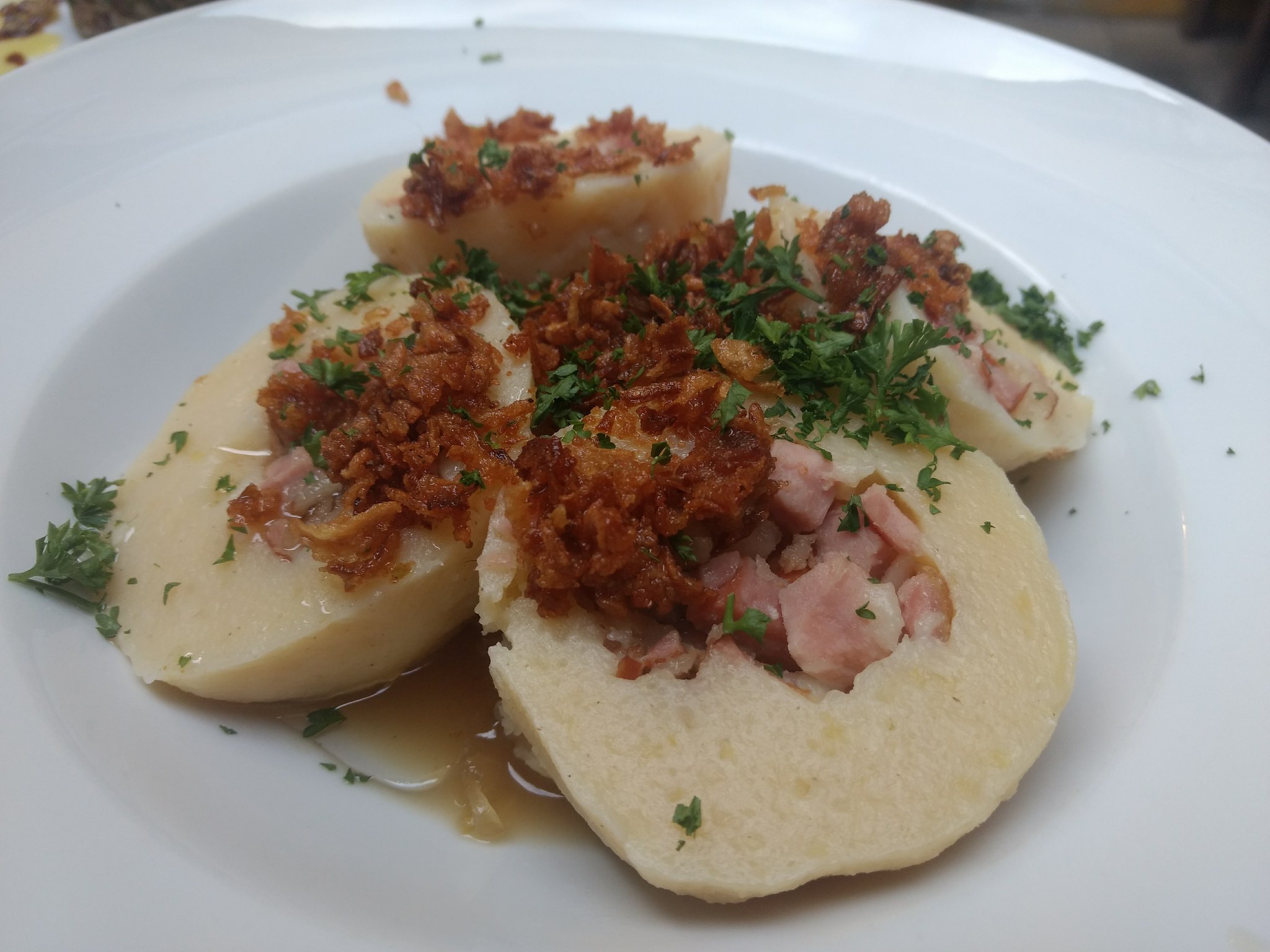 There’s one dish I really want to have again, that I haven’t had anywhere else. It’s the pork filled dumplings. In European tradition, a dumpling is a boiled ball of dough. It comes out dense and chewy, a lot like polenta. They don’t have this in Bulgaria though, and we only had one brief encounter with the dumpling in Poland. In Prague we had these beauties – fantastic dough filled with delicious pork. 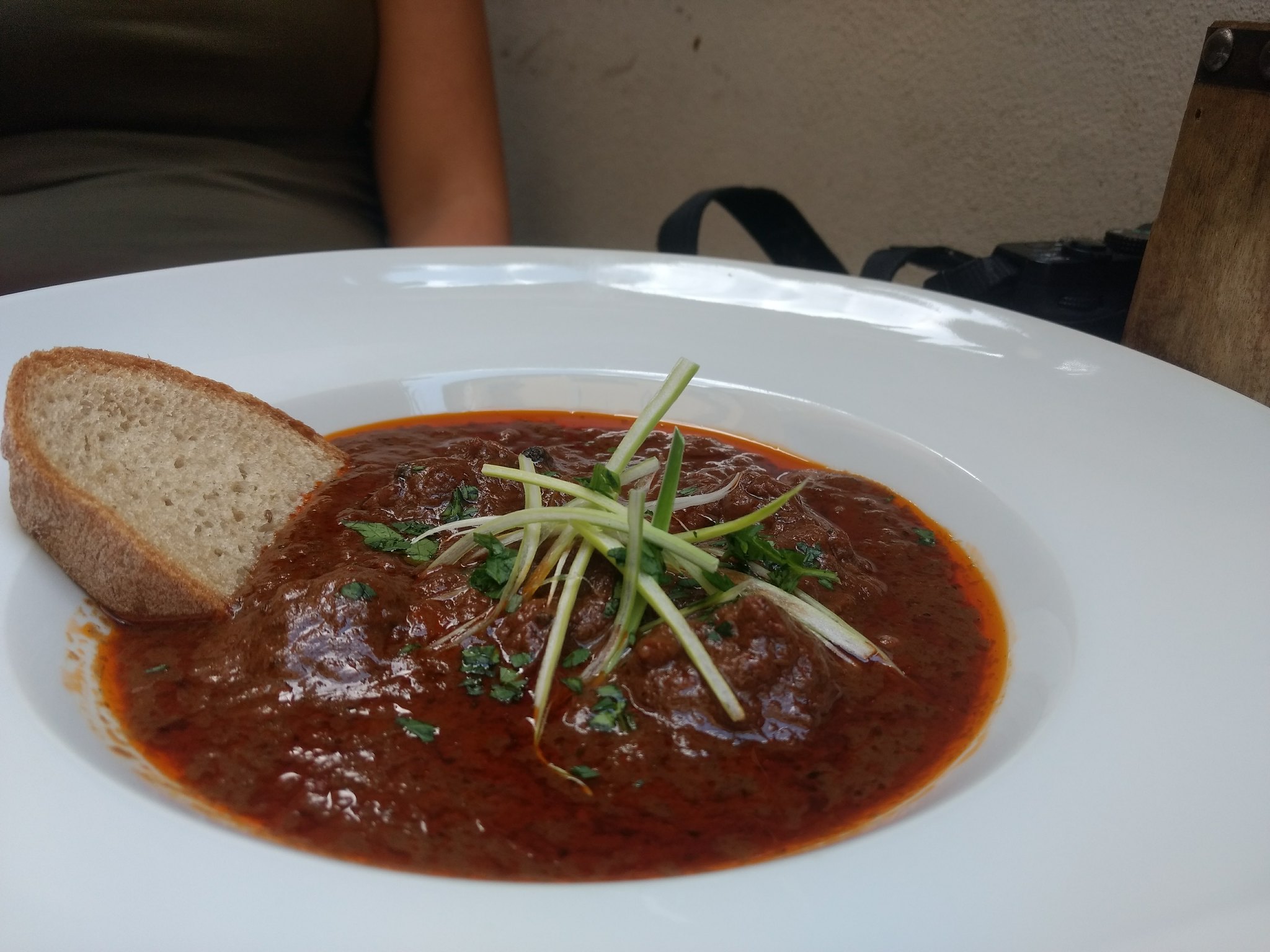 To go with the dumplings is the beef goulash, also a traditional north/eastern European dish. It’s thick, savory, and salty. Hard to get wrong and amazing when done right. 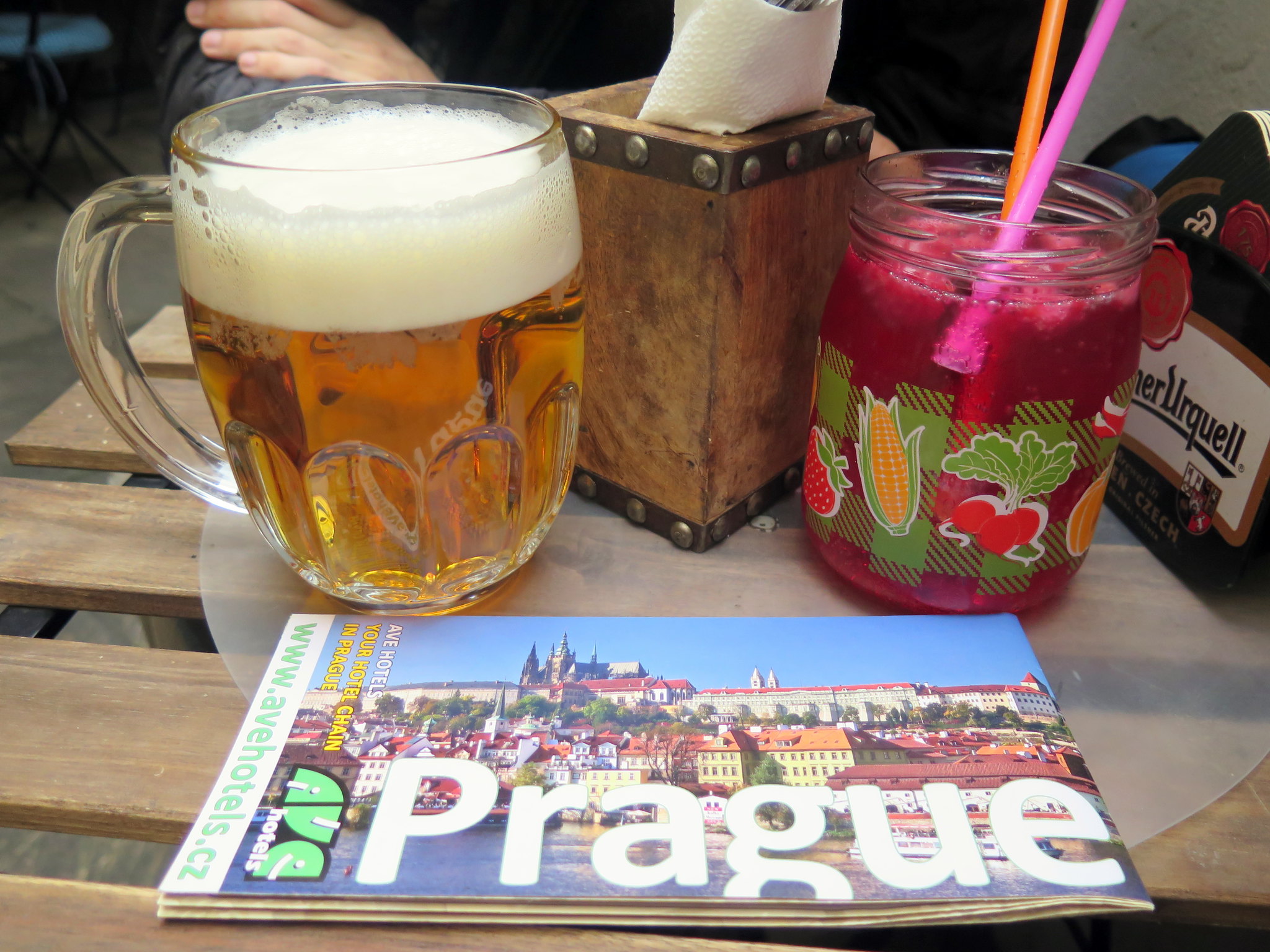 The architecture in Prague is breathtaking, the people are friendly, and the food is delicious. The maze-like streets hold tiny restaurants and shops in every nook and cranny. Asking is the best way to find where to eat, and the dishes you can find are more than worth the trouble. We (our stomachs!) look forward to coming back.