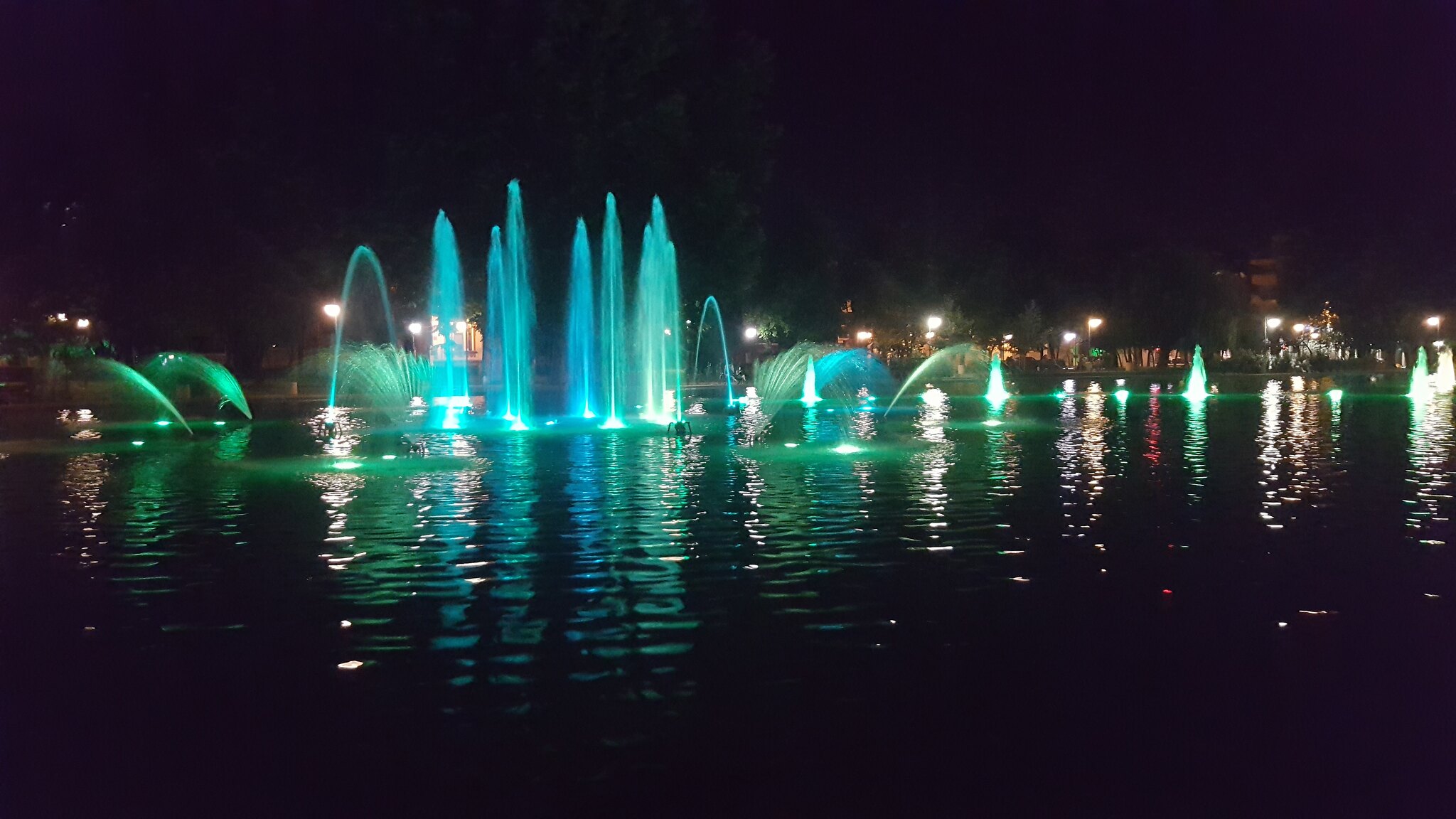 One of the best parts of going back home is family. For me seeing family is synonymous with eating – lots and lots of eating. Since we normally see each group once every few years, they make a point of pulling out the stops and setting a table for at least twice as many people as there actually are. This time was no exception, other than having a smaller crowd. 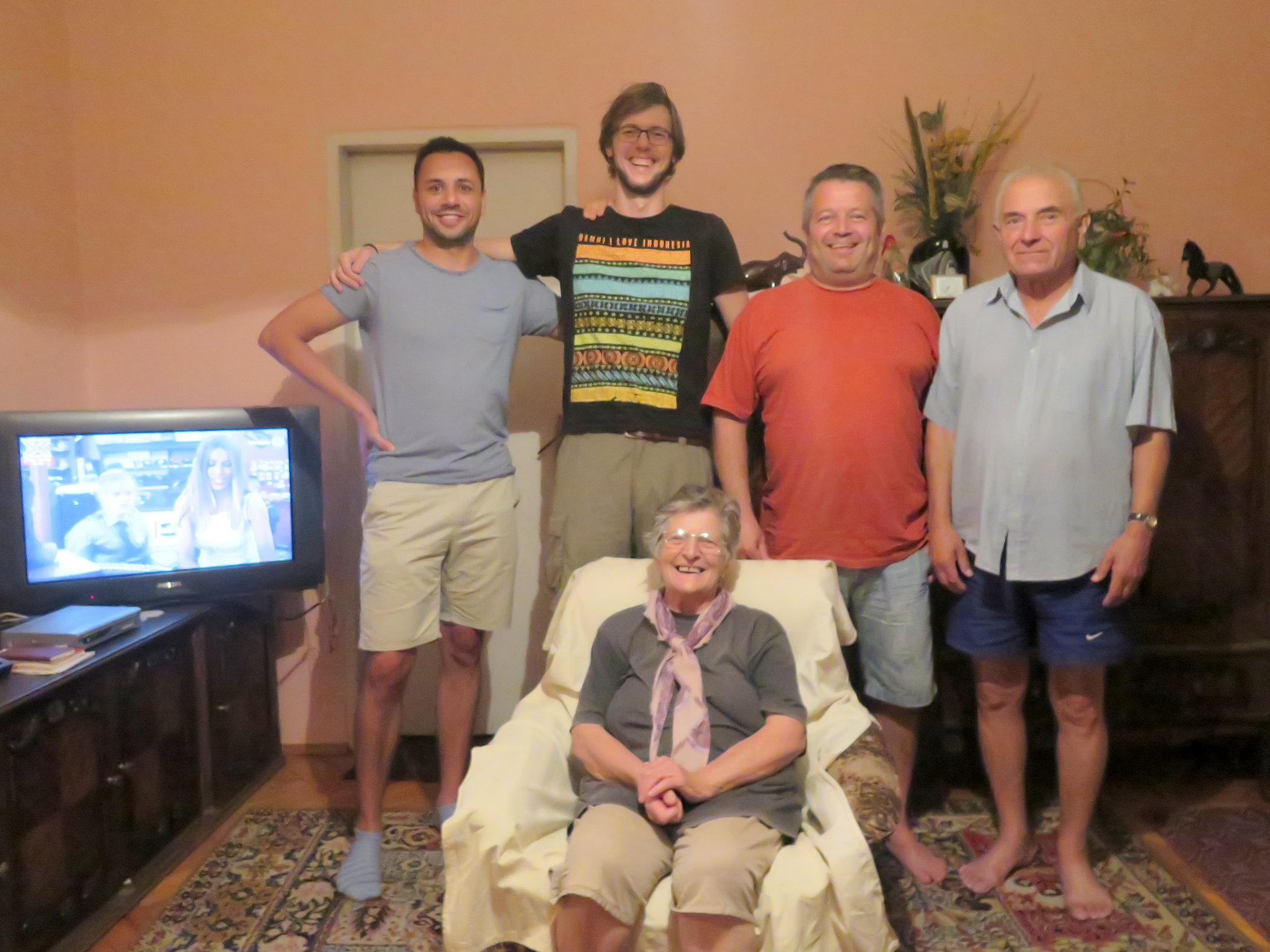 This is part of my dad’s side of the family – they’re in Plovdiv and I’ve always been happy to see them. I haven’t been surrounded by so many relatives in very long time. In years past my dad’s entire family, or as close as possible, would gather in their apartment when we visited, more than a dozen people all around the table drinking, laughing, and eating. 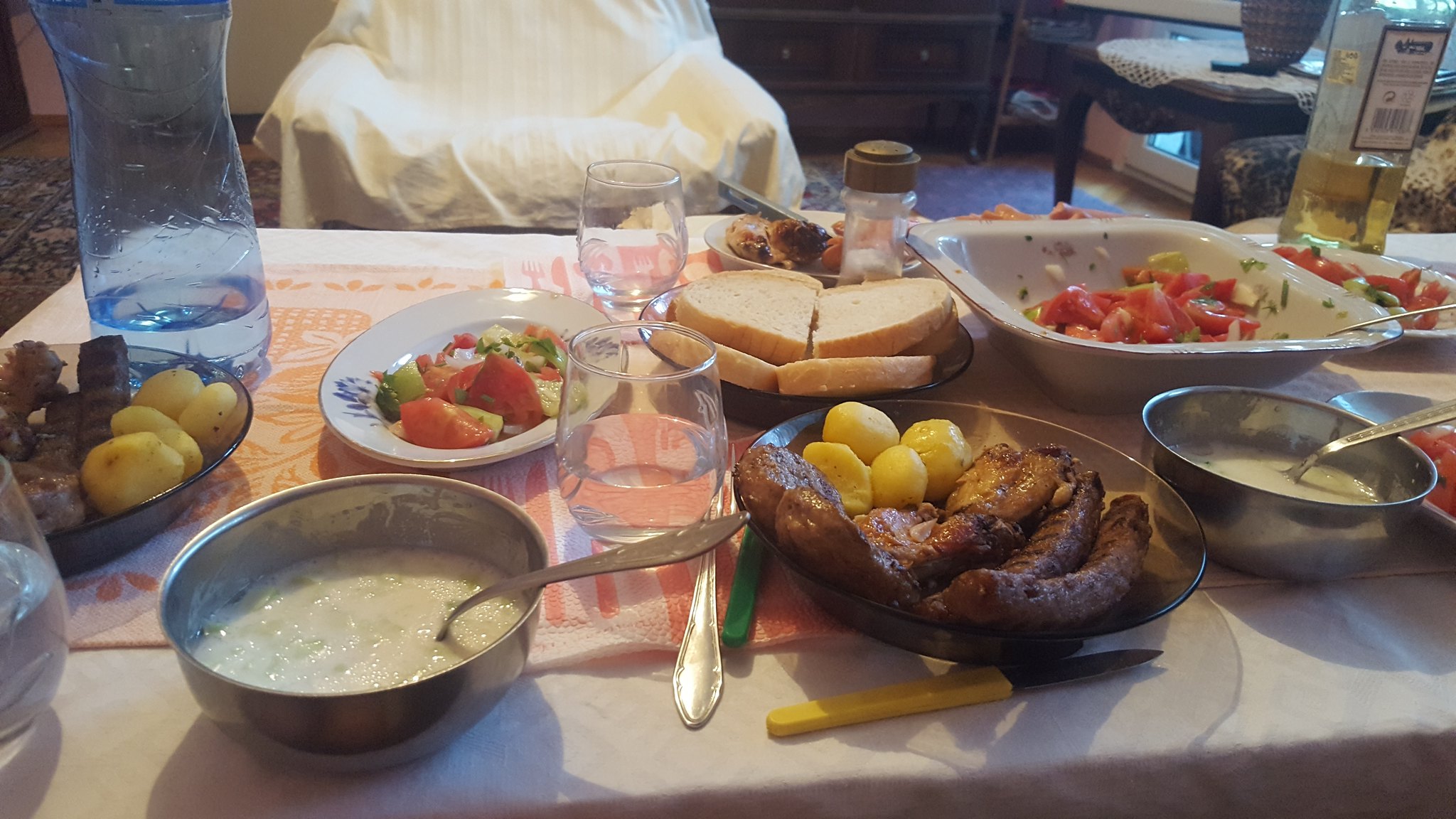 It’s a bit strange to take pictures of food in Bulgaria, at least at my relatives’ house, but I did it anyway, just for the memories. The theme of most meals is homemade meat, potatoes, breads, spreads, lots of dairy, and alcohol. My dad’s uncle brews his own plentiful and delicious rakia, some of the best I’ve had. Rakia is a plum brandy sort of hard alcohol found all over the balkan peninsula and the area beyond. It’s clear or yellow, fruity, and sometimes a little sweet. The store bought stuff is usually ok, but the real deal is home made from the family orchard in a small village somewhere. The white soup front and center is tarator, or cucumber soup in the states. Delicious and refreshing during the summer months. Since there were only four people eating at this meal, it’s a bit smaller than usual but no less delicious. Missing from the spread this time around is my aunt’s delicious homemade banitsa – more doughy than flaky and chock full of white cheese. 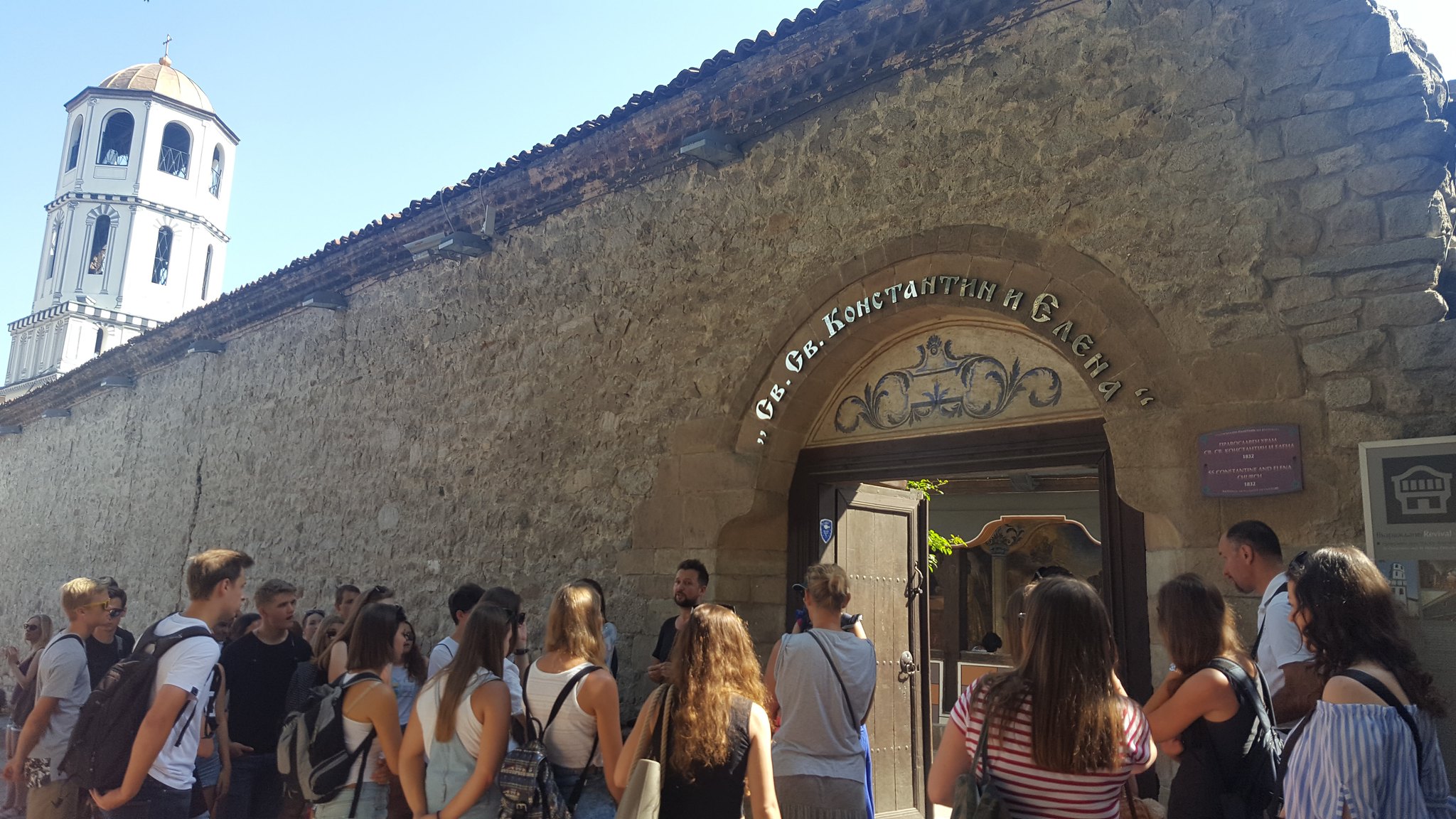 Interestingly enough, the gauntlet of family visits that awaits every time we come back to Bulgaria has kept me from seeing much of the country outside the four or five cities where my family has spread to. This trip was not particularly different, but we did get to stop more along the way, and because we had a car all to ourselves we got to travel around and see landmarks and attractions that were not on the two-week all-family-all-the-time trail of the visits of my childhood. It’s sort of nice to be a tourist back home. 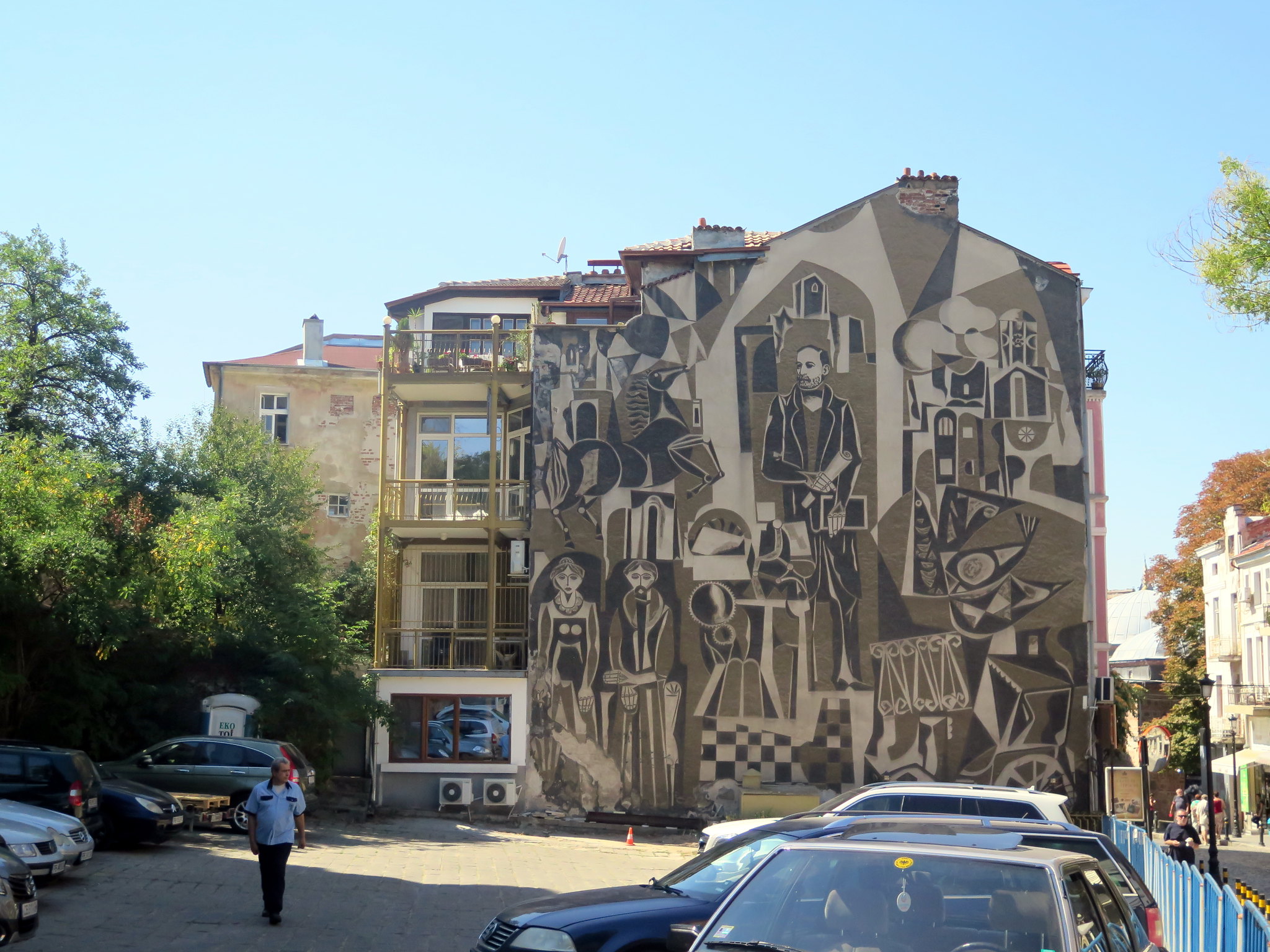 Next time, exploring the sights outside of Plovdiv!