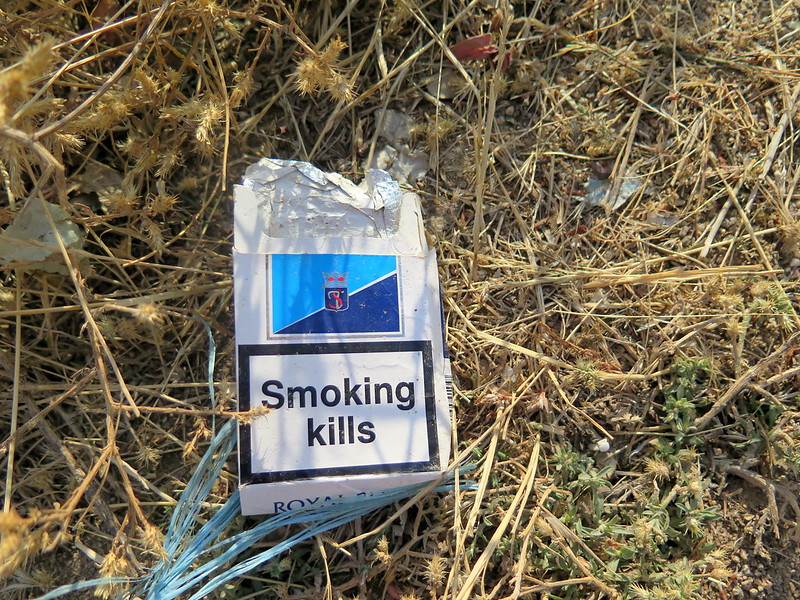 It’s a hot, sunny day in Nikolaevo the day after we arrive. There’s not a cloud in the sky, excepting a haze in the northwest. Lela Stanka has mentioned walking trails and Roman ruins on the hill nearby and I have no interest in staying inside. The three of us pull on our shoes and head out into the afternoon sun.

We walk northeast to the river at the edge of town, where men are sluicing for gold flecks. The air stings slightly and smells vaguely of burning milk jugs and we can see smoke in the distance. “What is that smell?” I ask. Stoytcho translates as Lela Stanka replies, “The next town over, Gurkovo. The terrible smell has been drifting from their town into Nikolaevo all summer. We complained about it, but the mayor there says they’re just burning lavender husks, but who knows what they’re actually burning.” 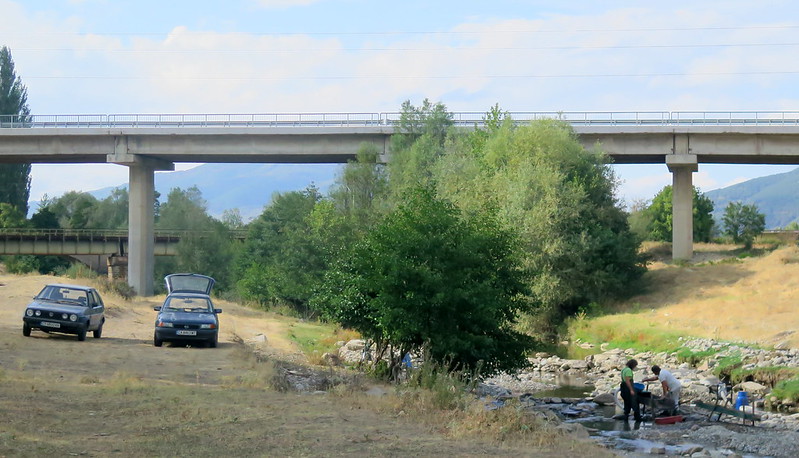 This definitely does not smell like lavender husks. “Let’s go find out what it is!” I reply. It’s time for us to do some investigative journalism in this small-town dispute.

We turn north and walk the dirt footpath along the river toward Gurkovo, passing alternating dense, tangled summer underbrush and neatly-planted rows of grapevines. We stop to admire the flowers and gather rose hips, which Lela Stanka says we can make into jam or tea. 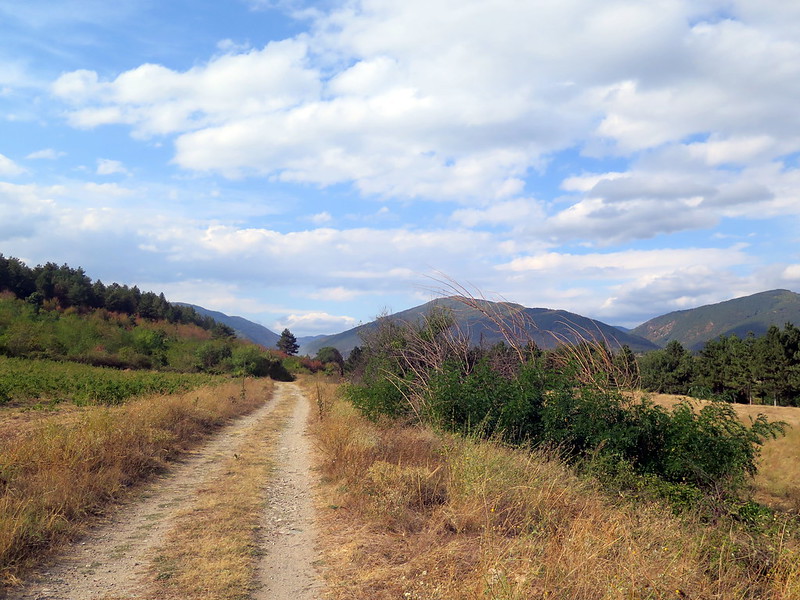 Most of the time the air smells of humid greens and plant matter, but when the wind shifts we catch whiffs of bitter chemicals. As we close in on Gurkovo, our trail breaks away from the river and onto the edge of a barren field. Here, we can clearly see waves of blue-gray smoke drifting toward us, the source obscured by a low hill of brush. 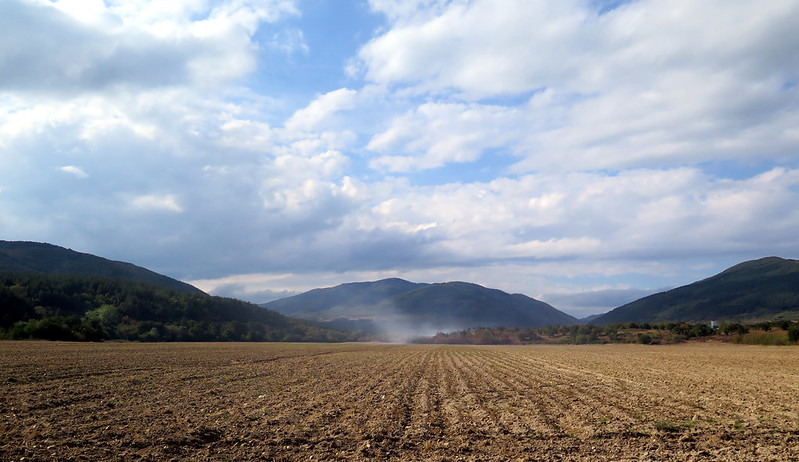 The trail around the field is long, but the ‘electric fence’ strung up along its edge presents us with no other choice. We hike to its eastward corner and continue north into increasingly frequent plumes of smoke. The smell is stifling and oppressive, and not breathing is the only way to keep from gagging. The fields on either side of us are strewn with refuse, from torn-apart shoes to empty cigarette packets.

We round the final corner to behold the smoldering source of the stench and it is most certainly not lavender husks. 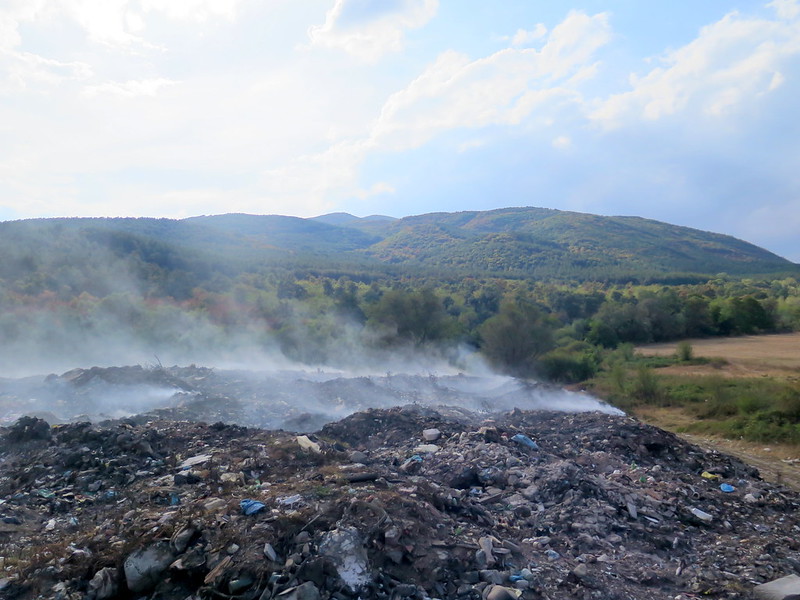 There’s discarded food, broken children’s toys, torn clothes, plastic wrappers, rags, and a variety of chemicals of questionable origin that probably burn quite noxiously. And burning the are. 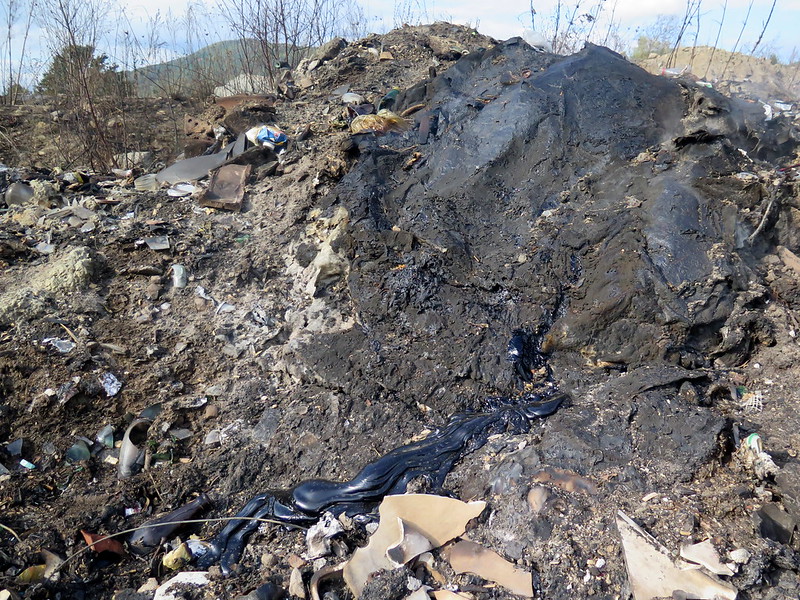 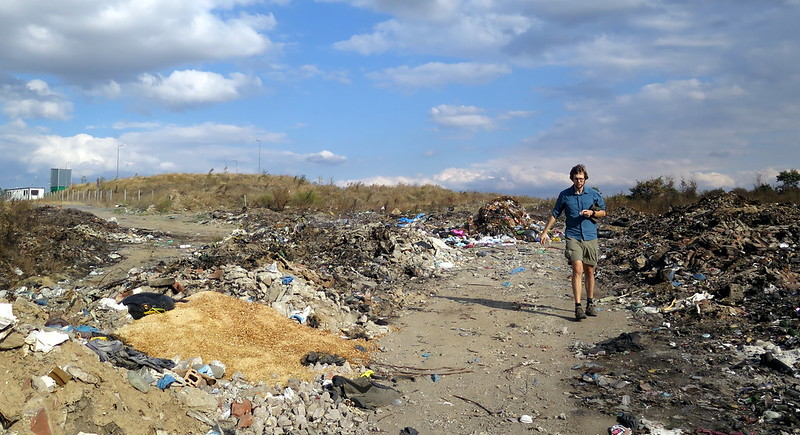 It appears that the Gurkovo dump caught fire sometime this summer and is now in a slow, continuous process of burning, fed by an ever-present stream of waste. This isn’t entirely surprising, given that summer of 2017 in Bulgaria has been unseasonably hot and dry. The trees both in cities and in the countryside break scorch marks and browning leaves, and people talk of drought. Gurkovo’s burning rubbish heaps are merely one more sign of the times.   We beat a hasty retreat back from Gurkovo’s dump, eager to escape the noxious fumes and probable carcinogens floating freely about us. 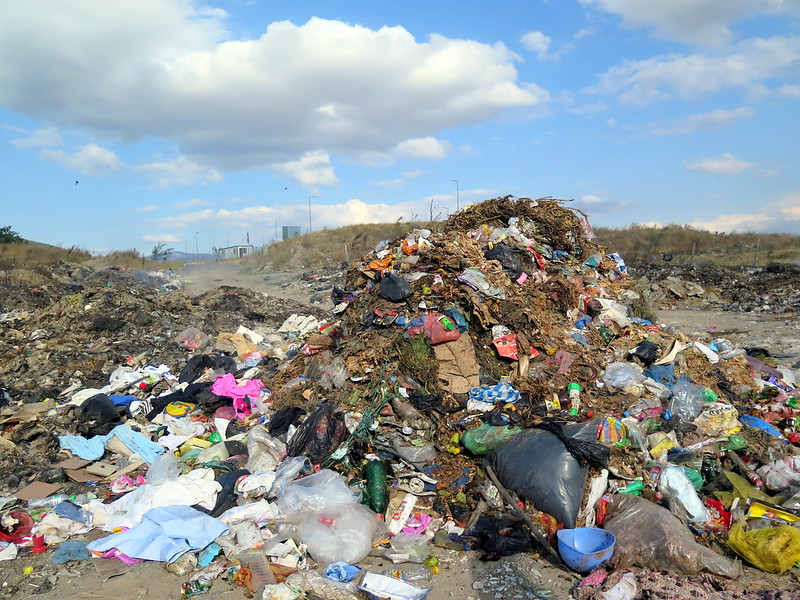 Back at the apartment, my hair and clothes reek and it takes two showers and washes to clear everything of the burnt plastic smell. Part of me wants to write an angry letter to Gurkovo’s mayor over the health hazard he created that’s now drifting through Nikolaevo. But I also only know about fifteen words in Bulgarian, and most of them relate to food. For now all I can do is publish this article and hope someone can do something about it. 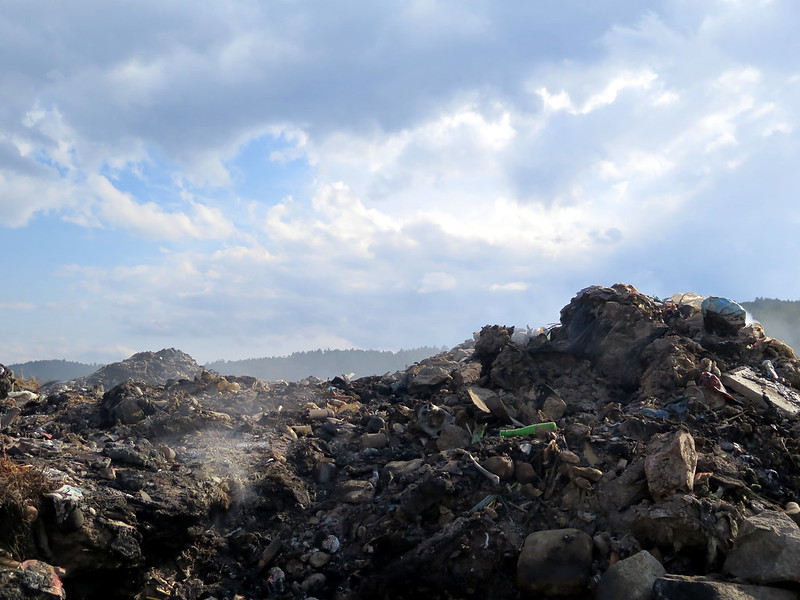