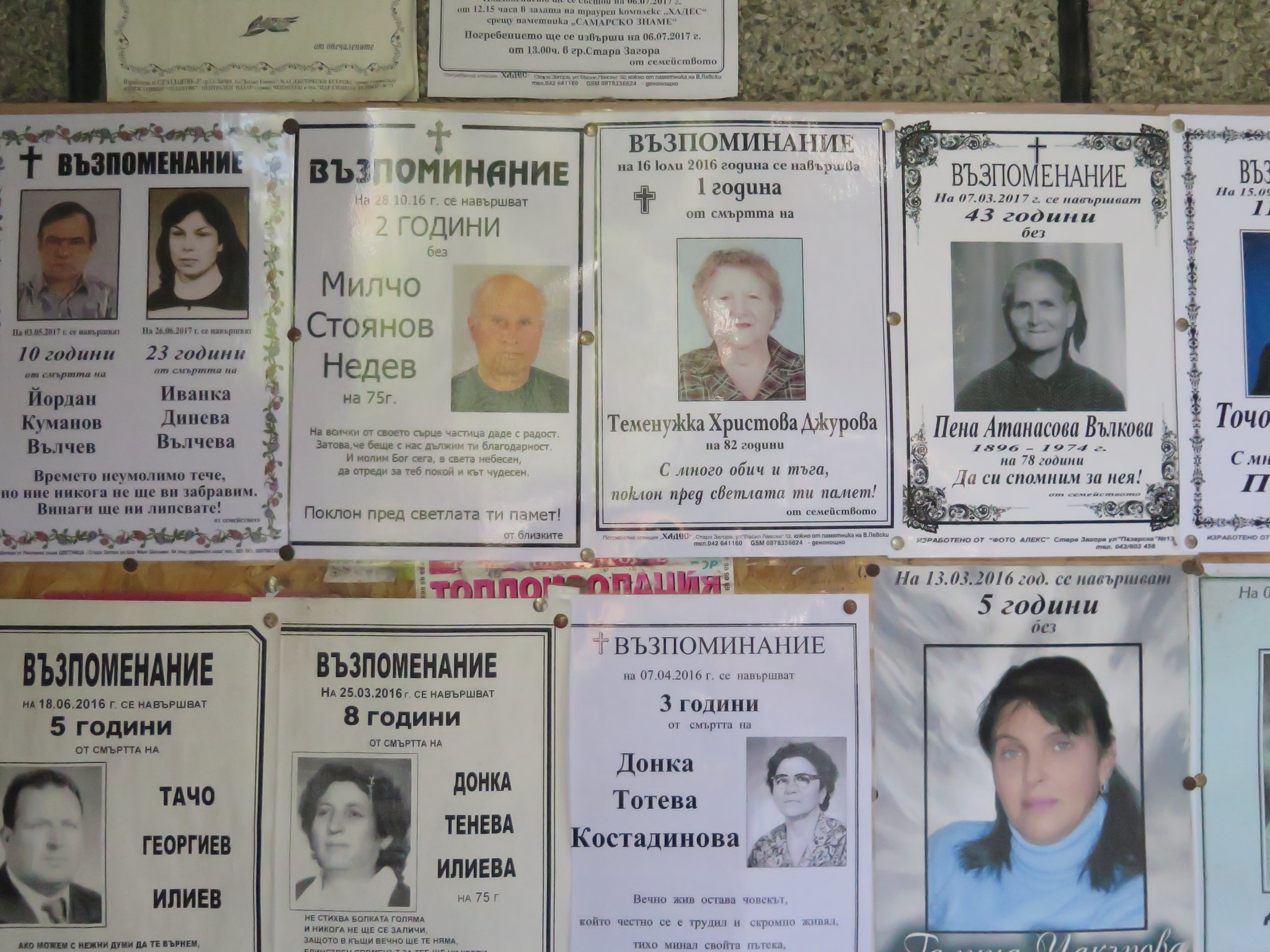 Wander around any city in Bulgaria and you’ll eventually come across printed papers with people’s pictures on them, some dates, and a little bit of text. People sometimes think they’re wanted posters or missing persons posters, but it’s not. This is how we show and share our grief when someone passes away. It’s traditional for family members to print these and put them up all around the area where the person lived, near apartment building entrances, along the street on electrical posts, and on the sides of buildings. They are ubiquitous around the country, effectively omnipresent in daily life. 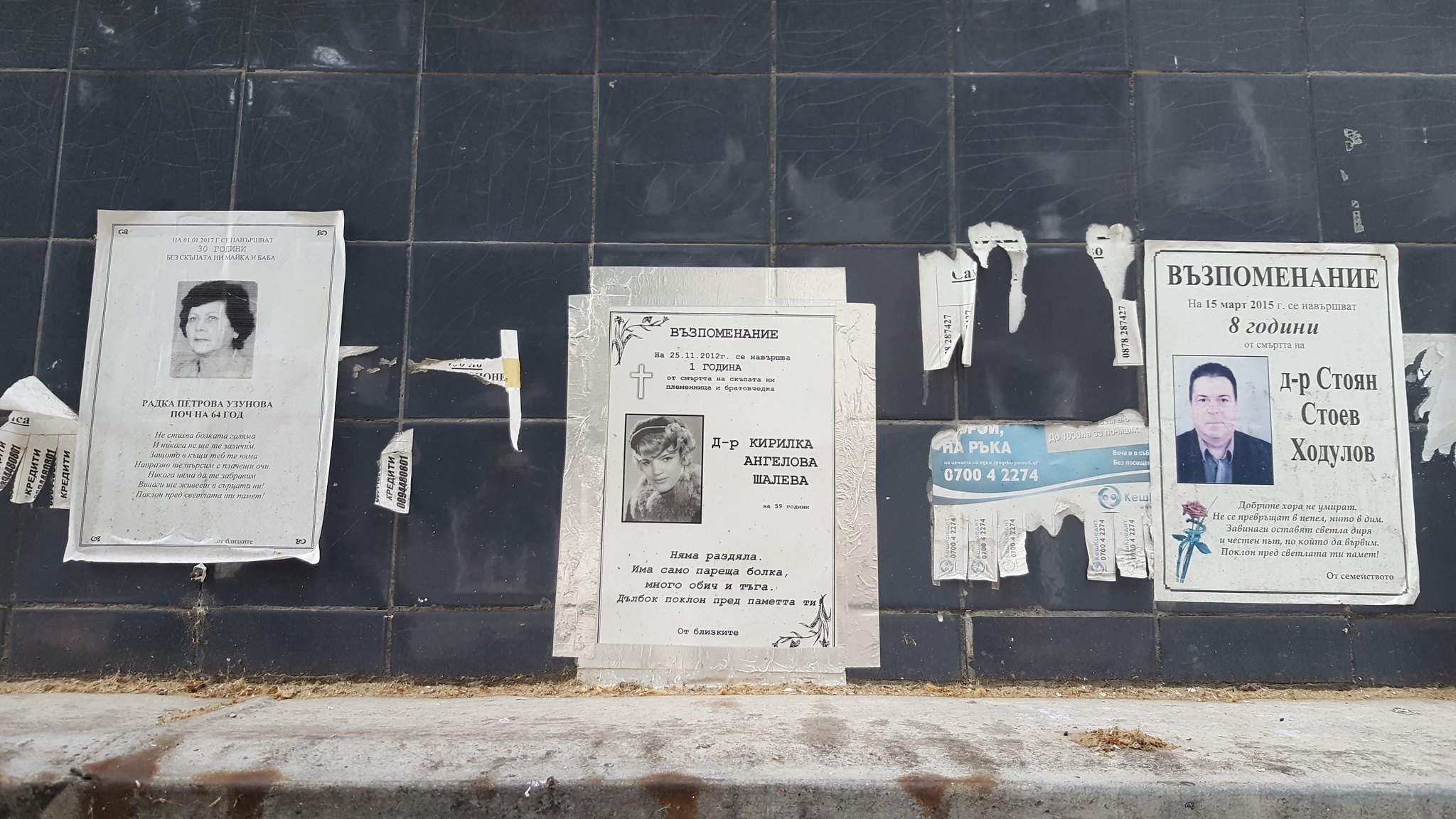 All necrologs follow the same basic pattern. This has changed over time to become a bit simpler and less verbose, but the main points have held. Normally there is the main title at the top of the page, in most cases it is “In memory”, but if the person recently passed away it might say something more specific. Then comes the date and number of years since their death, and then the name. Following that is usually some kind words about the person, and then a sign off from whoever posted the necrolog.

It used to be that the next of kin, or even entire family trees, were printed at the bottom of the page, but these days it’s almost always something simple like ‘the family’ or ‘the bereaved’ or ‘from the close relatives’. The words or epitaph are usually focused on extolling virtues of the person and describing lamentations of the relatives, how much they miss them. Other times it can be a poem, or something very simple like “They left too soon” or “They were loved and are missed”. 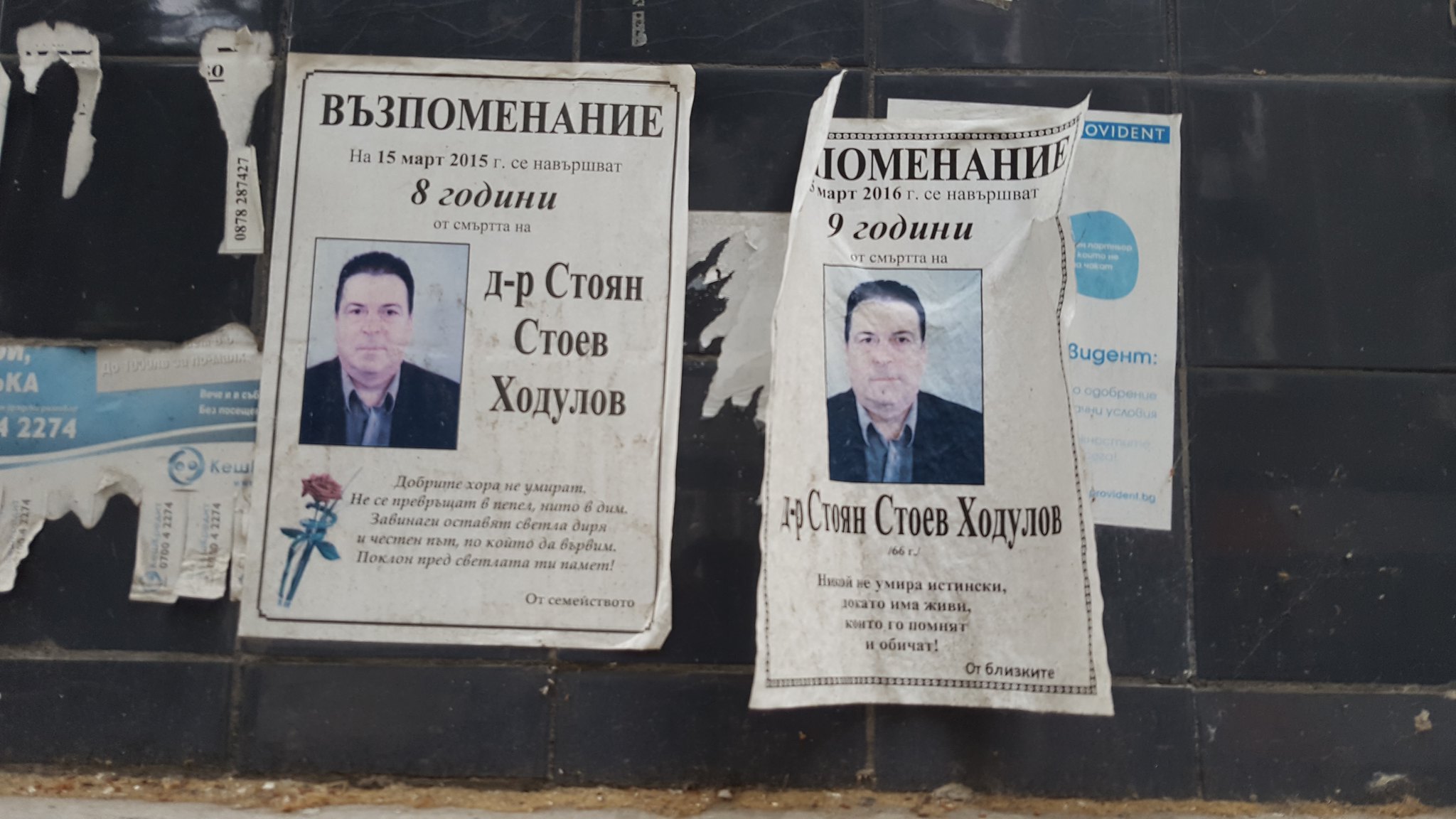 You can see in this picture that the memoriam is for the same person, and the 8 and 9 in the two posters is for how many years have passed since the person’s death. It is tradition to put up a round of necrologs several times during the first year after death, and then once per year on the anniversary of their death. For this reason it’s fairly common to see multiple, slightly different necrologs for the same person in a given area.

The pervasiveness of necrologs makes for an interesting cultural relationship with death and grieving. When I was younger I found them to be a saddening sight, sort of a constant reminder of death. As an adult I am not affected in the same way – these necrologs as we call them are a tribute, a sharing of grief, a way to preserve someone’s memory. They are not joyous in the tradition of the Day of the Dead, but they are also not exceptionally sad. The words from relatives and families are often beautiful, a heartfelt expression of the value that the person brought to their lives. They remind us of the people we have lost, and they ensure that a person is remembered in their neighborhood for many years after their passing.