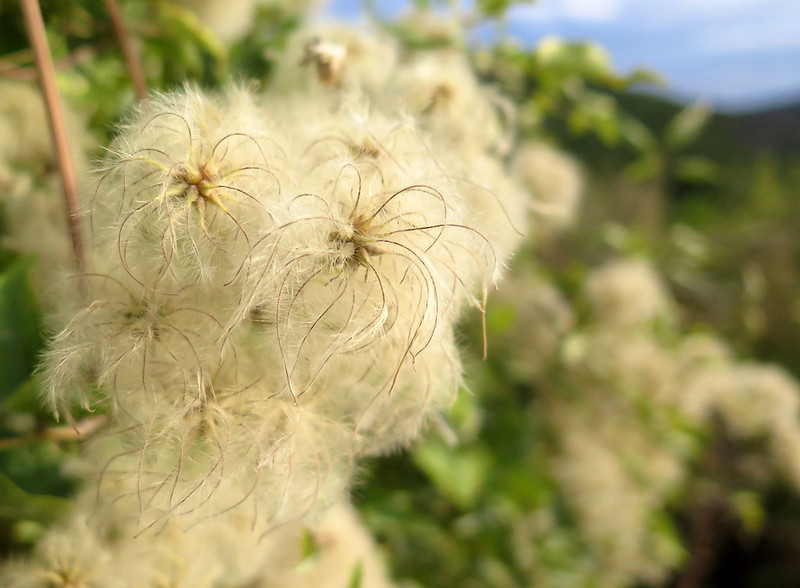 We’re back on the road and headed only half an hour southwest to the town of Zmeyovo. Stoytcho’s great-aunt Nadia, great-uncle Vesko, and their massive guard dog Herc greet us at their tidy two-story house  near the town’s center. We’re here for only one night before moving on, but it’s good to talk with them. Stoytcho plays translator again, shifting between Bulgarian and English. 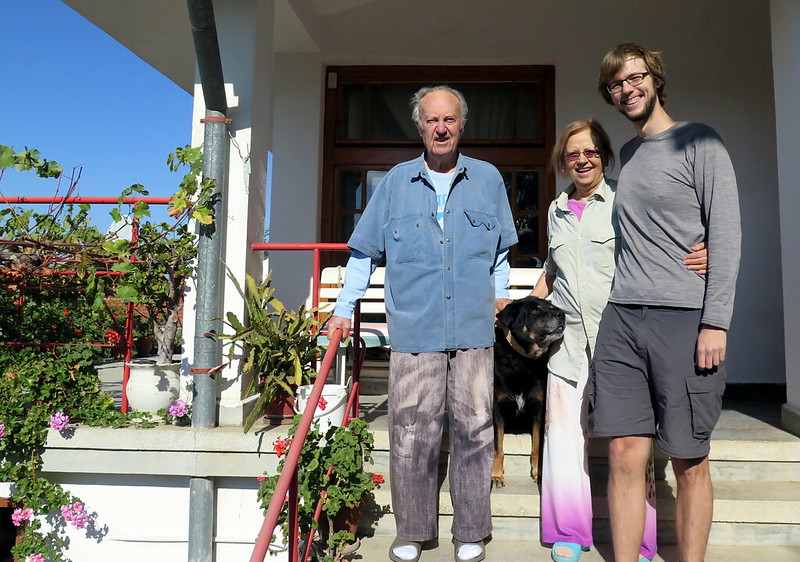 We take a walk in the afternoon to the nearby Zmeyovo Hill, carrying a wooden bat in one hand that great-aunt Nadia insisted we take to ward off stray dogs. We see some at the edge of town, but they ignore us and we continue on to the hill, an extinct volcano and the town’s namesake. Nadia also warned us there aren’t really trails up the hill, but that we’re welcome to try and hike it. We trudge up the forested slope and quickly find out she’s right. 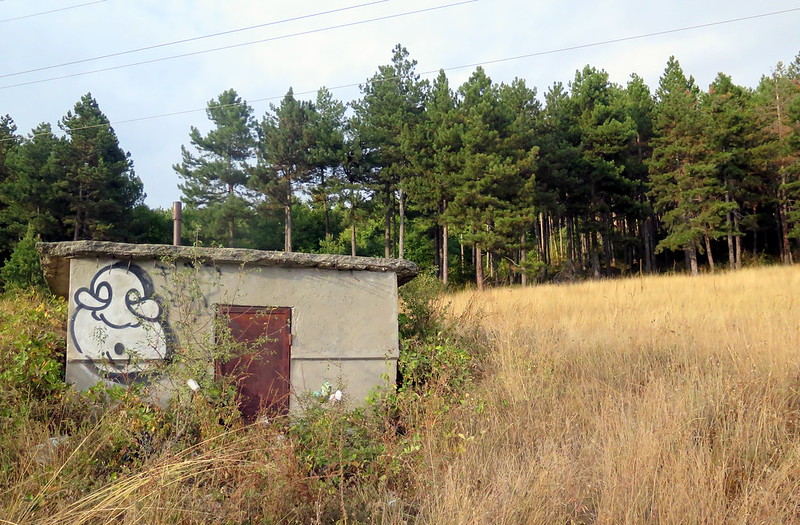 The tree’s are far enough apart that it’s not hard to see where we’re going, but our path is interrupted by steep rocky outcrops, dense brush, and the occasional thorny rosebush. The leaf litter here is also dense, probably undisturbed for years. With each step we sink a few inches, hearing the rush-rush noise of our shoes kicking the dry leaves on the surface. We climb and stumble onward, navigating by incline. Here and there we find the remnants of what was once a path or even a dirt road up to the top, but all have been washed out or overgrown by trees. 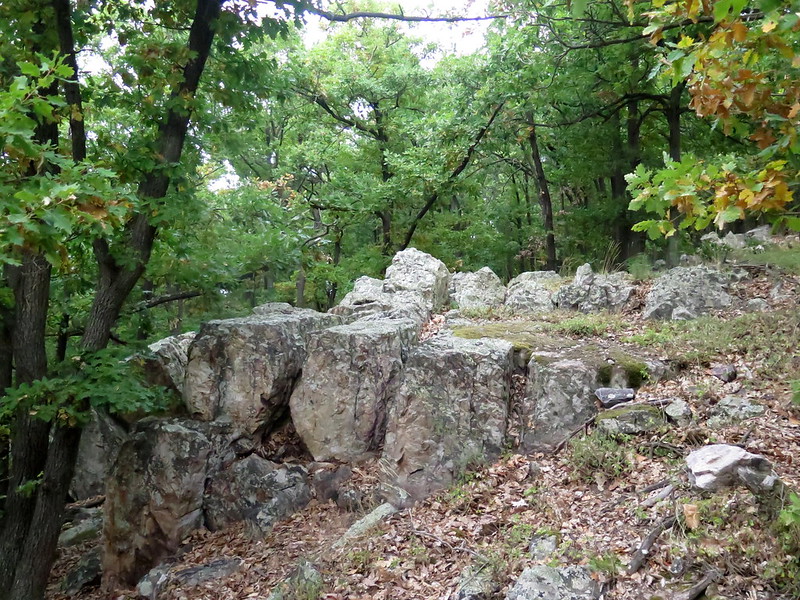 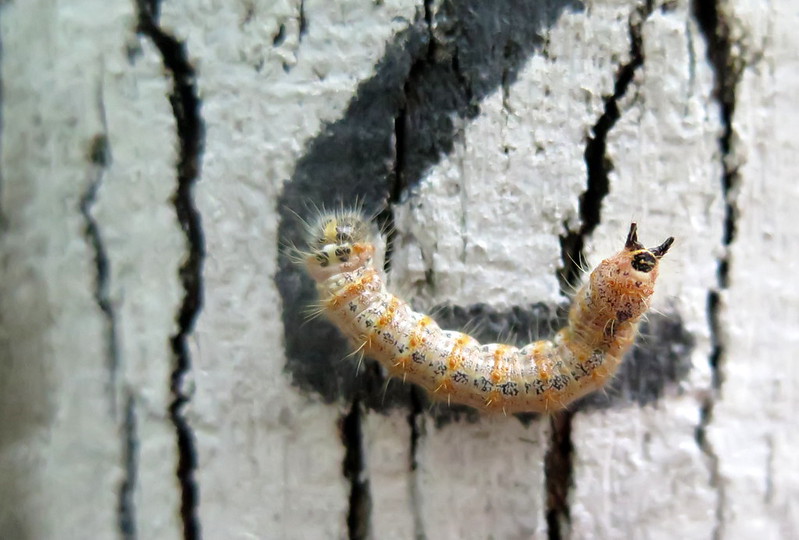 We use Google Maps to navigate near the summit. Glancing over the topography before we left, we noticed there was a lower ‘false’ summit to the southwest of the actual summit, followed by a steep increase in altitude that we think might be a cliff, so we’re keen to avoid that. It takes us another thirty minutes of circling, when through the stand of trees we spot a dull, worn trail marker. When we approach, we find the skeleton of a makeshift shelter and a concrete post that probably once held a sign marking the summit. These are all that remain of the trail to the summit, the rest swallowed by the woods. 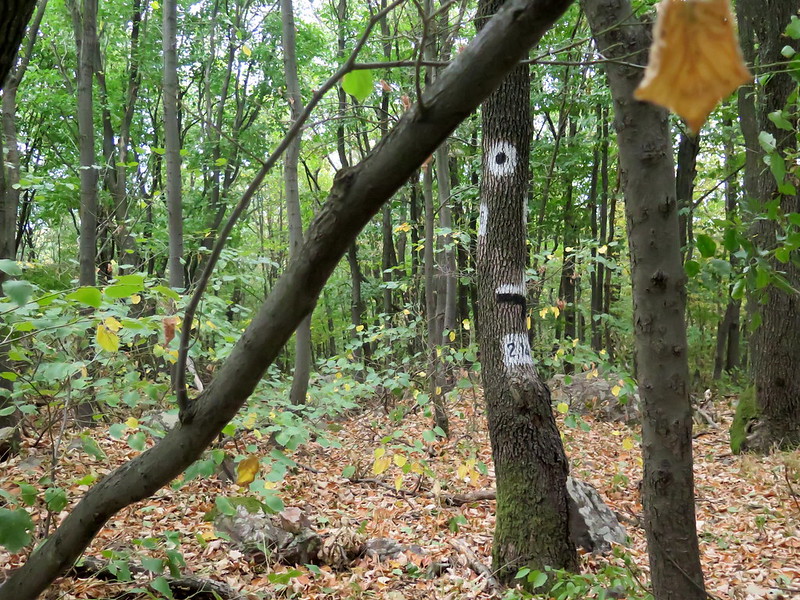 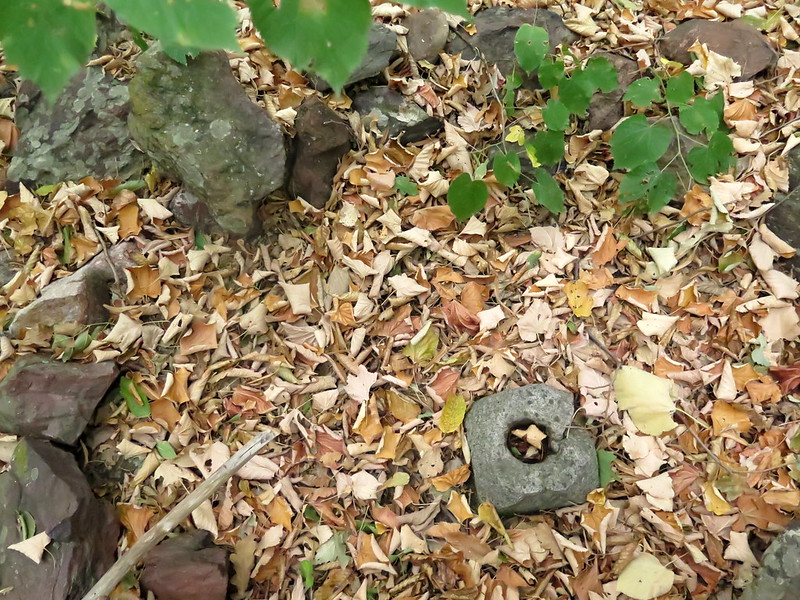 While kicking at the leaf litter at a small depression in the ground, I overturn a small pile of rocks. I pick one up, surprised at how light it feels, and turn it over. A patchwork of holes peppers the other side, and a glossy rainbow sheen is spread across the surface. This is a volcanic rock, and the depression I’m standing in is probably an ancient volcanic vent. I wave Stoytcho over excitedly and we break off a few pieces of rock to send to a geologist friend. There may be no Thracean gold here, but there are still treasures. 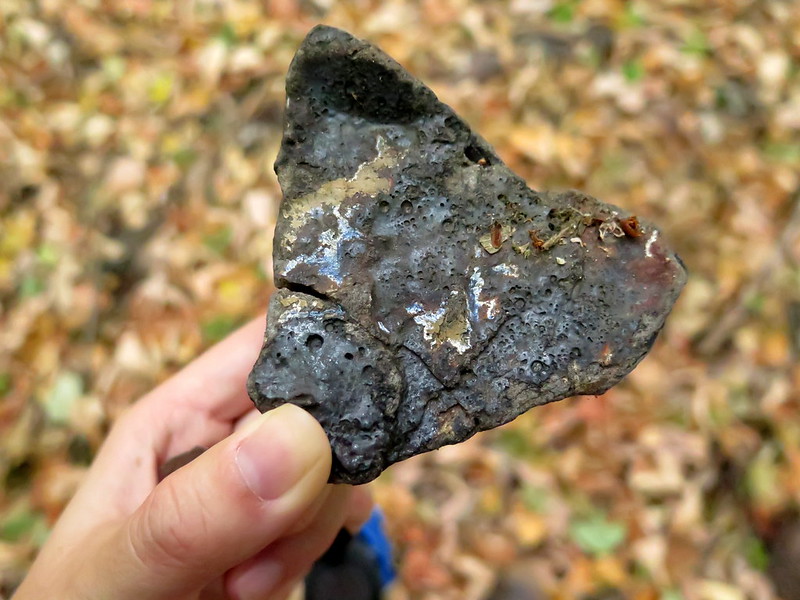