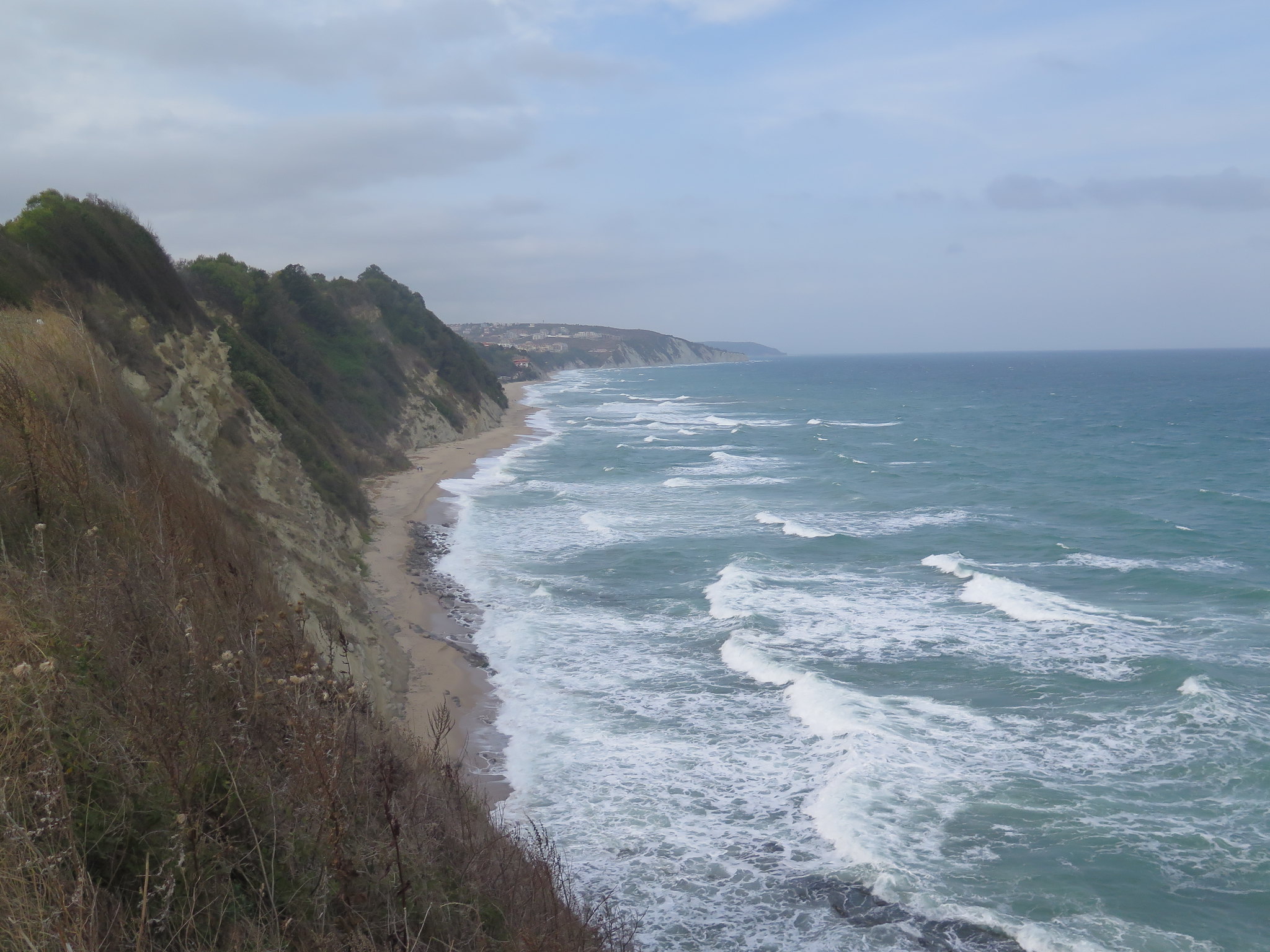 To the north of Burgas are the White Cliffs. They’re a spectacular natural site, towering over the Black Sea and contrasting the dark water with their bright white rock. I want to say limestone or mudstone is what they’re made of – they’re white and beige up close, densely layered, and quite flaky. 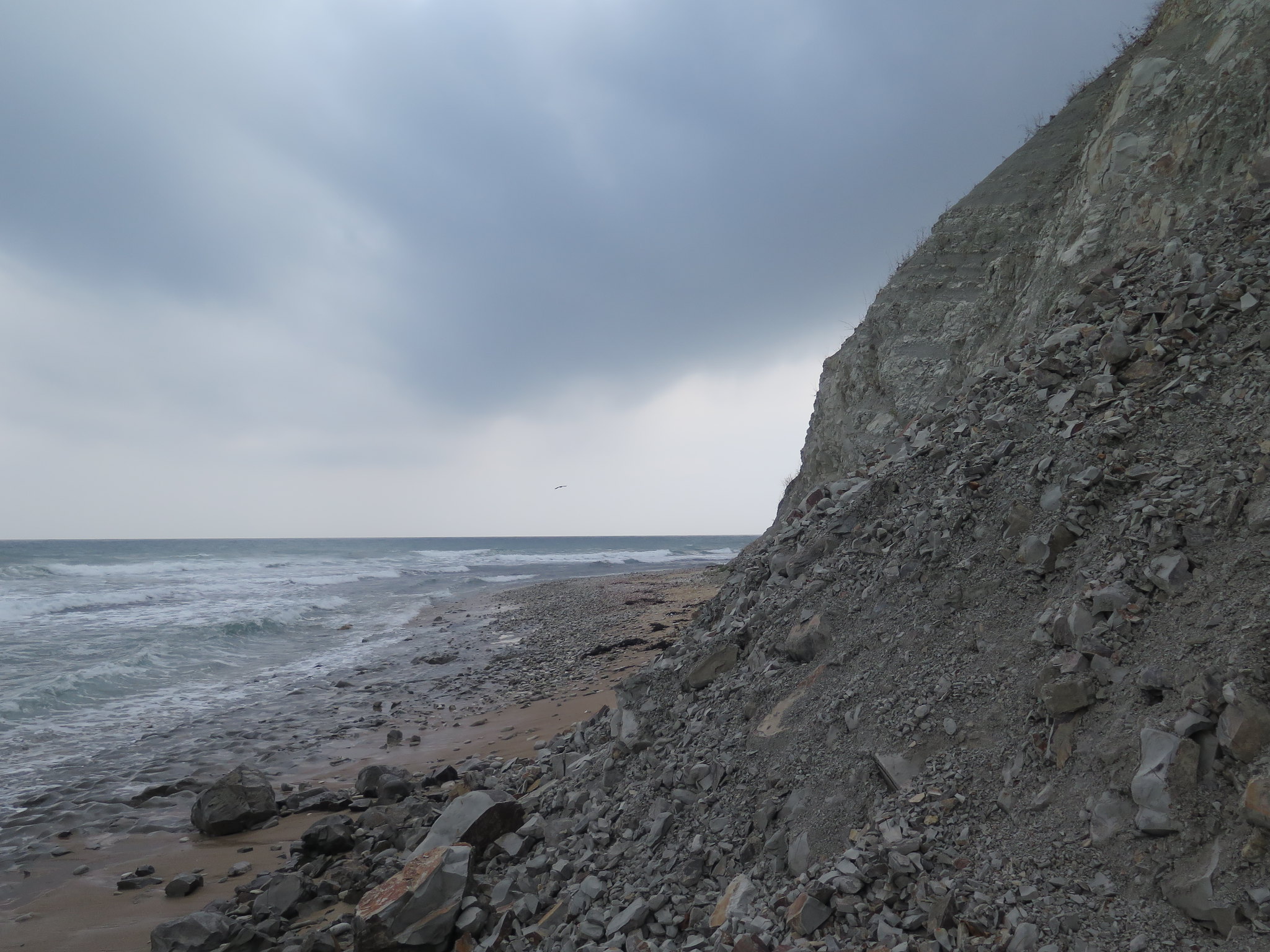 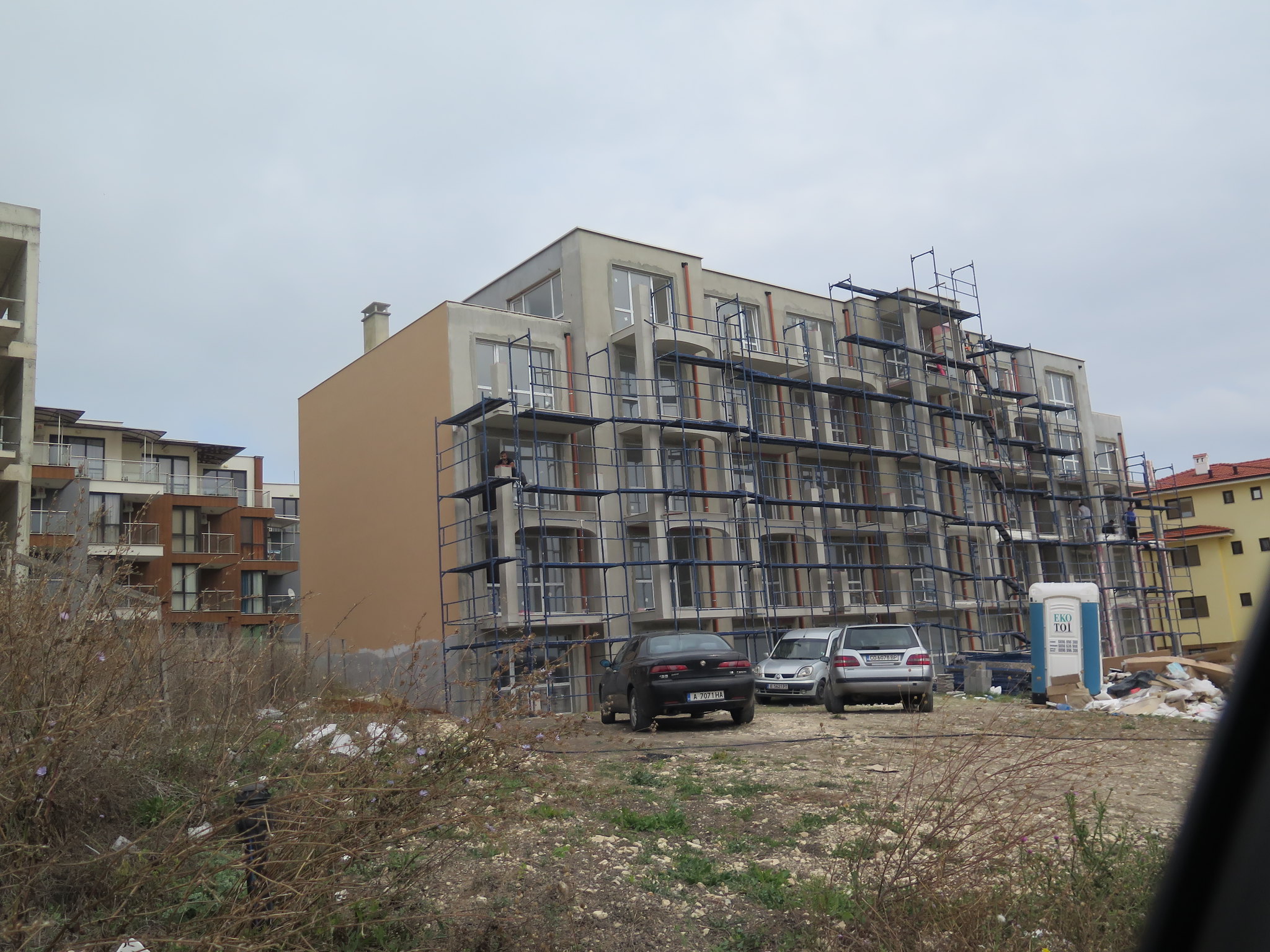 Getting to the beach is actually pretty hard. First, there are the cliffs. They stand several stories over the beach and don’t usually offer any sort of path down. The ramps to the beach are all a little bit closer to the nearby town than to the actual google map point for ‘White Cliffs’. We wound up parking the car near some condo/apartment construction and walking the rest of the way down. The part of town we were in was almost entirely Russian. In fact, we encountered some Russian tourists looking to find a way down to the beach just like we were! We chatted for a bit, but they left before we found our route down. 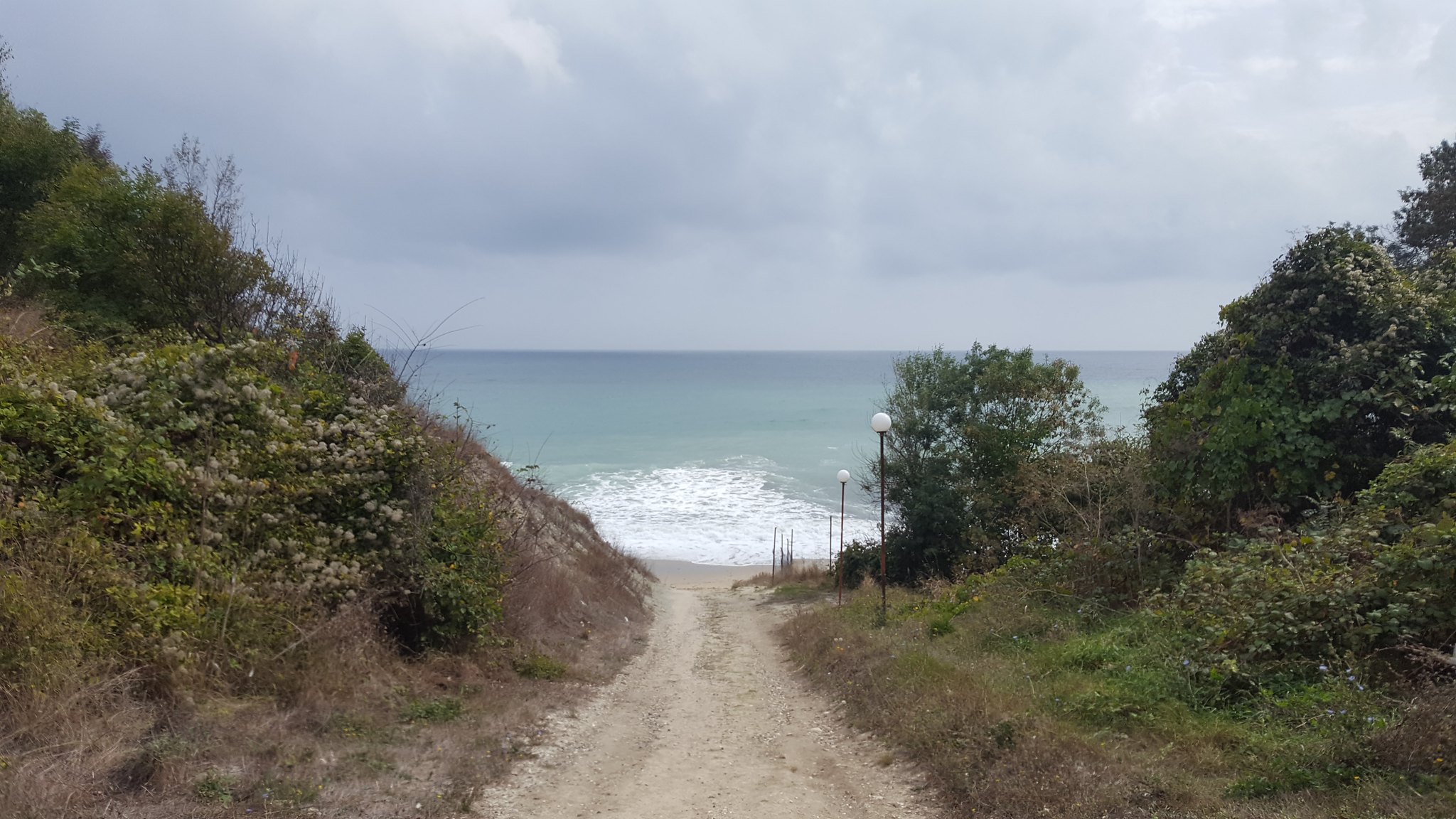 This was one of the ramps we found that would take us to the shore. 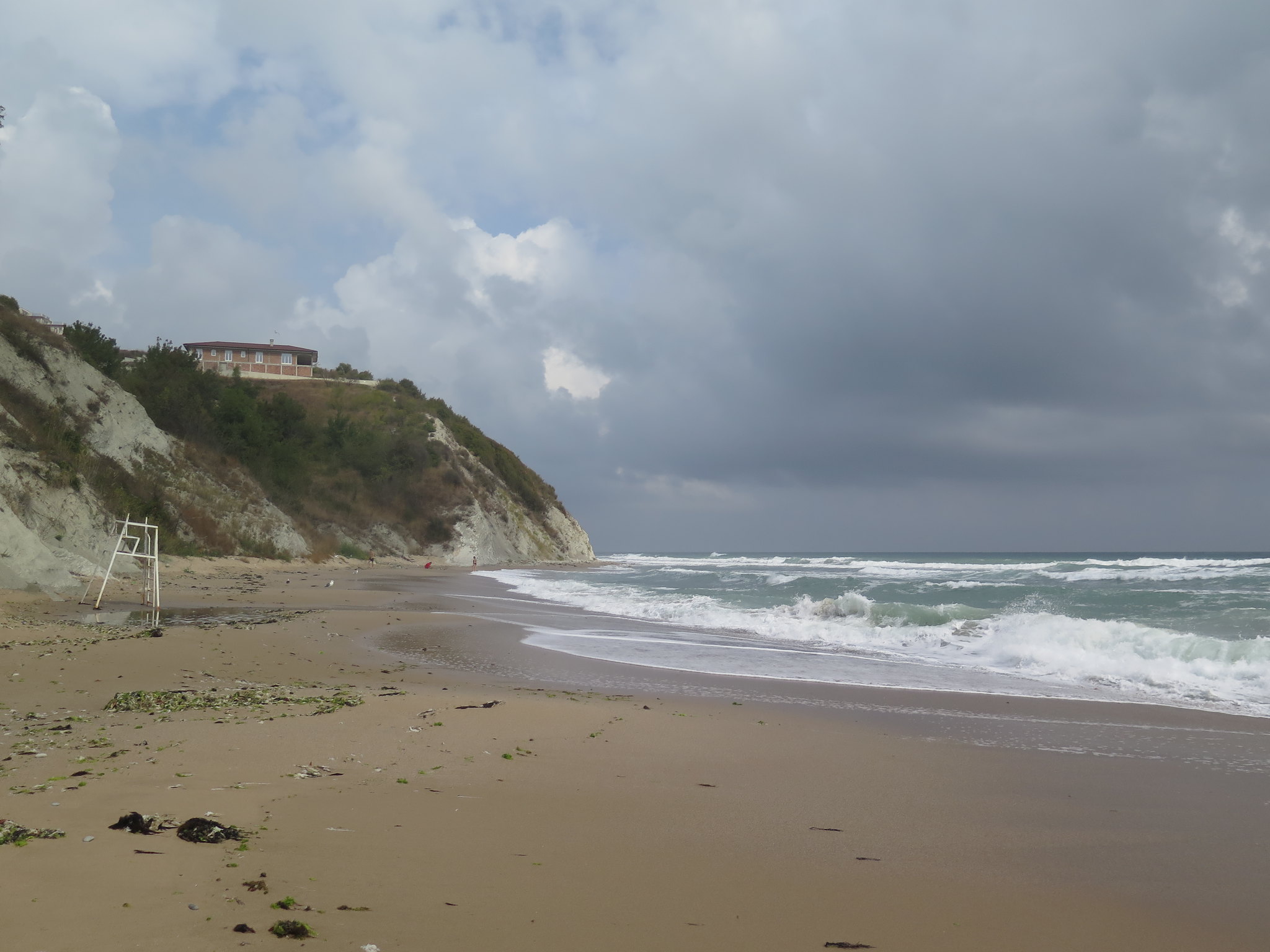 And the wide open beach! We were not alone, but there were very few people in September – it’s rather cold and the swimming season is pretty much over. 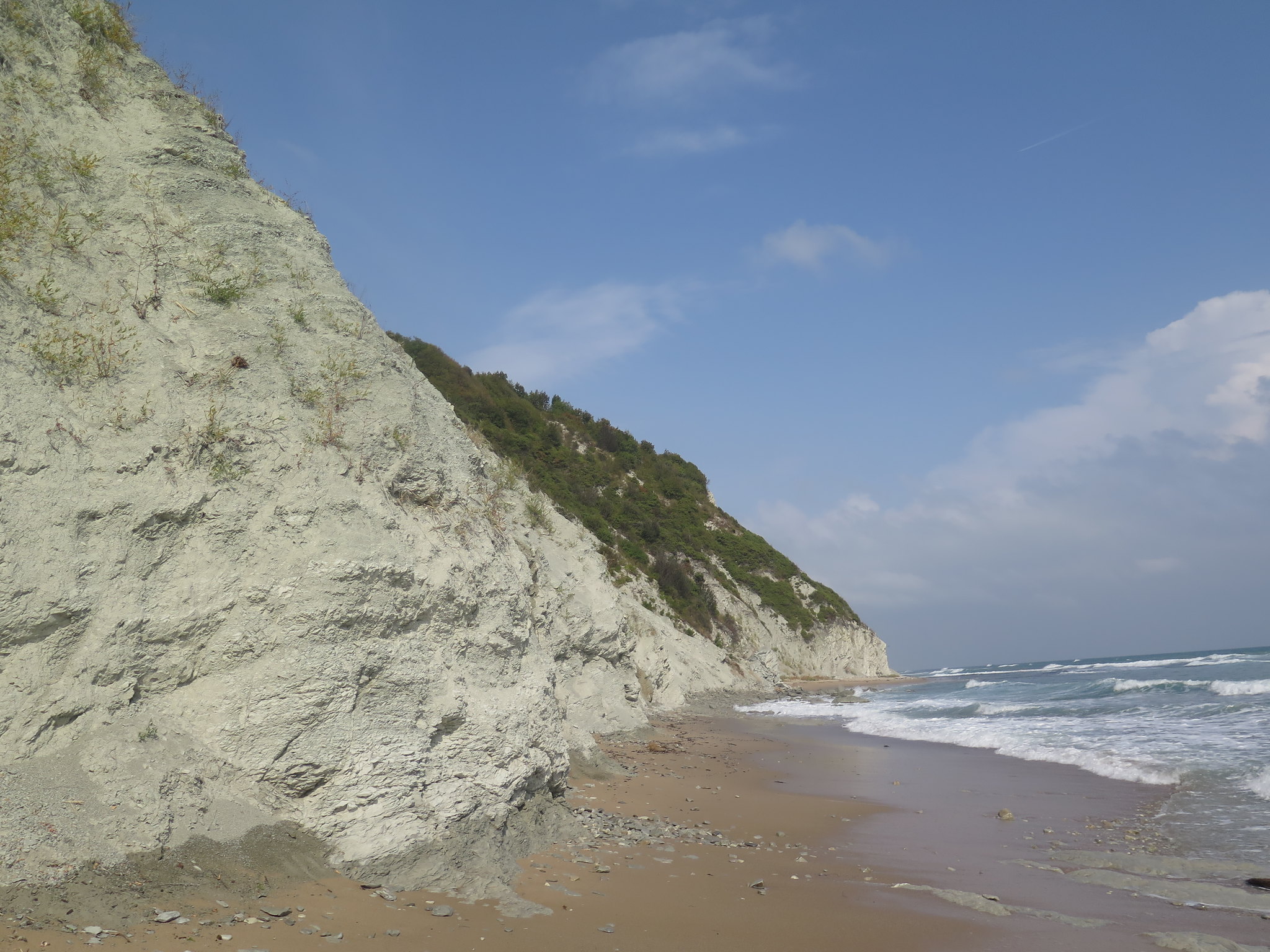 The beautiful cliffs themselves. The weather down here changes pretty rapidly. When it was sunny it was very hot and we were under threat of burning, having lost our awesome South America tans. When it got cloudy, which was often and rapid, the weather turned cold and windy. It looked and felt a lot like the Del Mar cliffs in San Diego, except that those are sandstone. 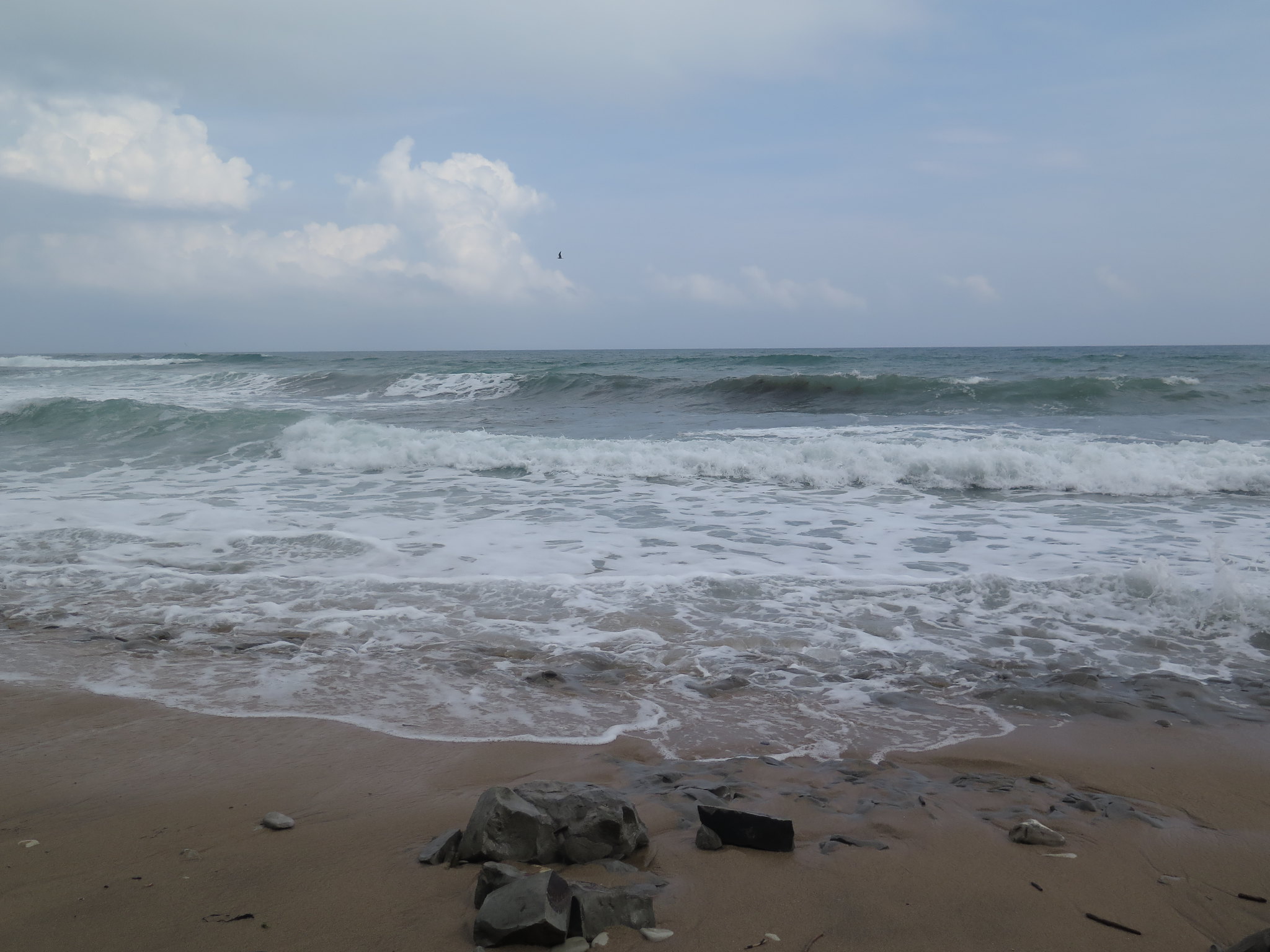 So why did we decide to go through all the trouble of going there? Well, first we expected getting down to the beach would be easier and it would be really nice to go out on a nature walk. But really, we went for fossils. The White Cliffs region, and the area around it, was once underwater. There are a large amount of fossils to be found in the rubble and beach rocks on the shore. We brought a little shovel, a bucket, and a sieve. 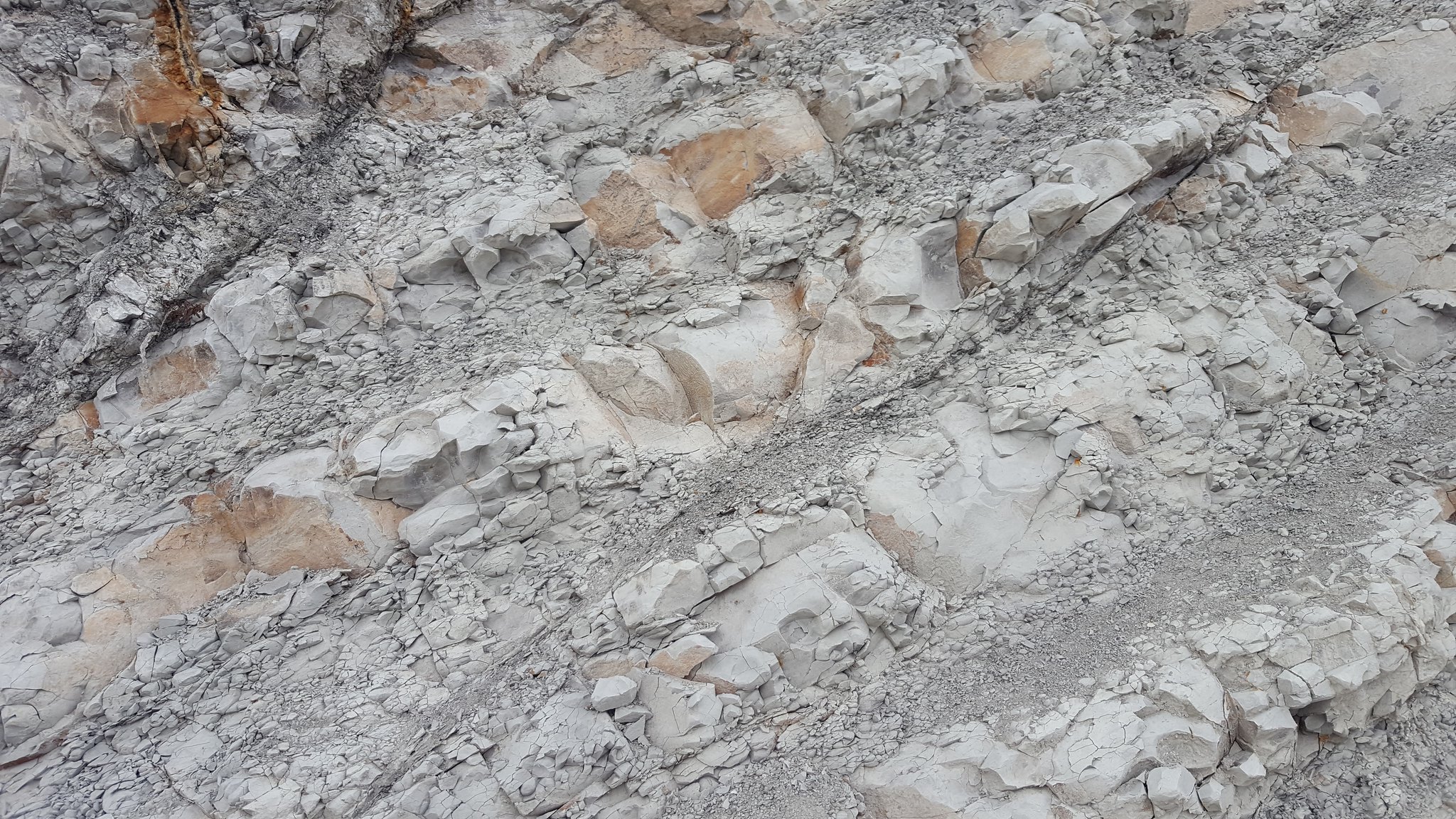 This is the cliff wall up close. Some of the looser bits fall right out, but actually finding the fossil layer is a task left to those better learned than us. It turns out we didn’t really need any of our tools – we don’t know enough about where to look for fossils, other than to poke through the rubble piles and hope. Our best luck was actually combing the beach for rocks. 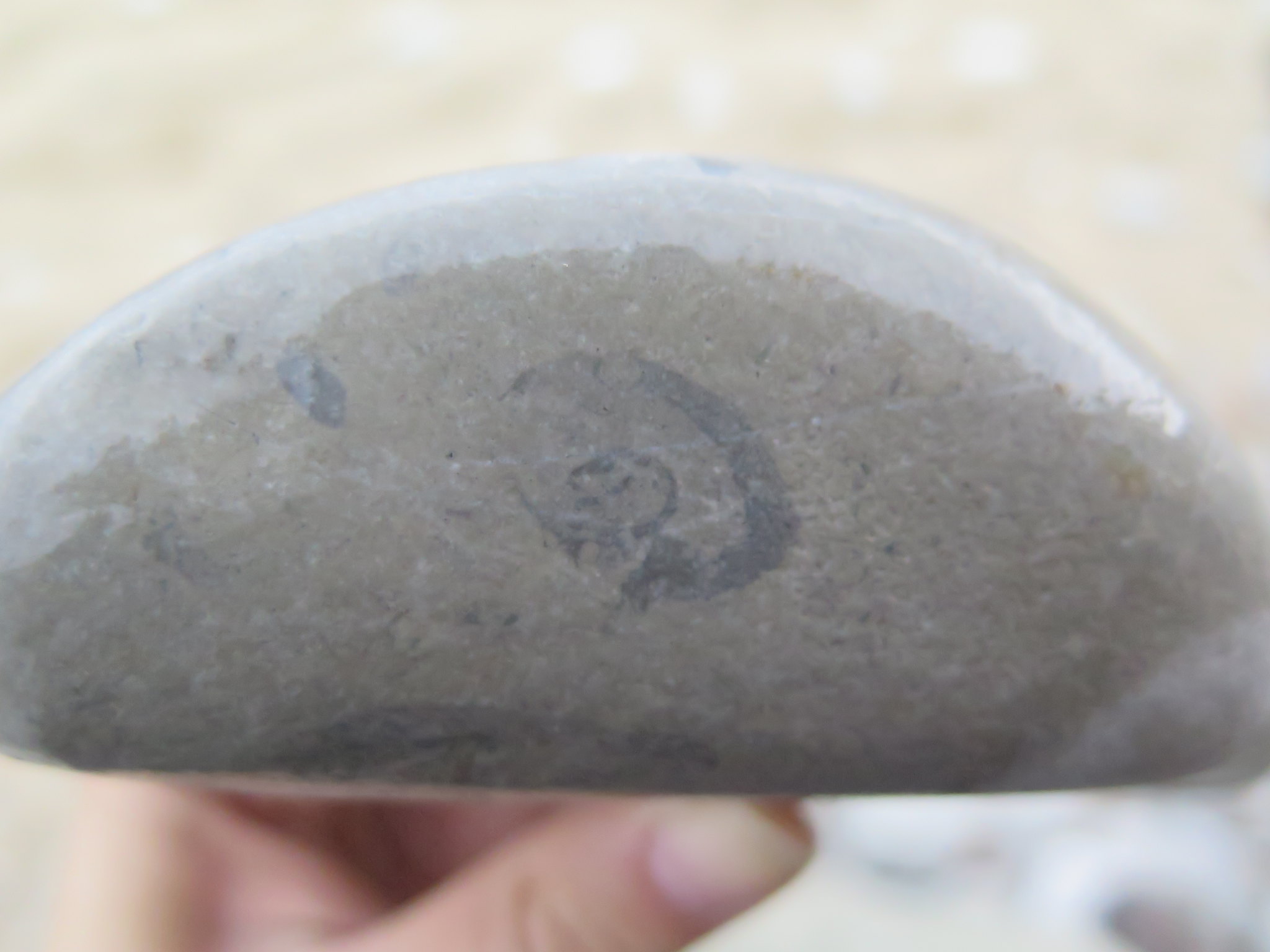 Here you can see part of a spiral shaped shell. It’s not the fantastic fossils we have seen online while searching for good locations, but it’s still pretty cool! It took us a while to figure out where we actually needed to go around the coast to get to fossils – there are a surprising number of mineral and fossil hunters in Bulgaria, and it was my job to hunt those down and translate their maps and hunting tips. The whole of the coast “has fossils”, but getting down to a specific location turned out to be quite hard. Next time we visit we might try and go with one of their hobby groups out on a hunting hike! 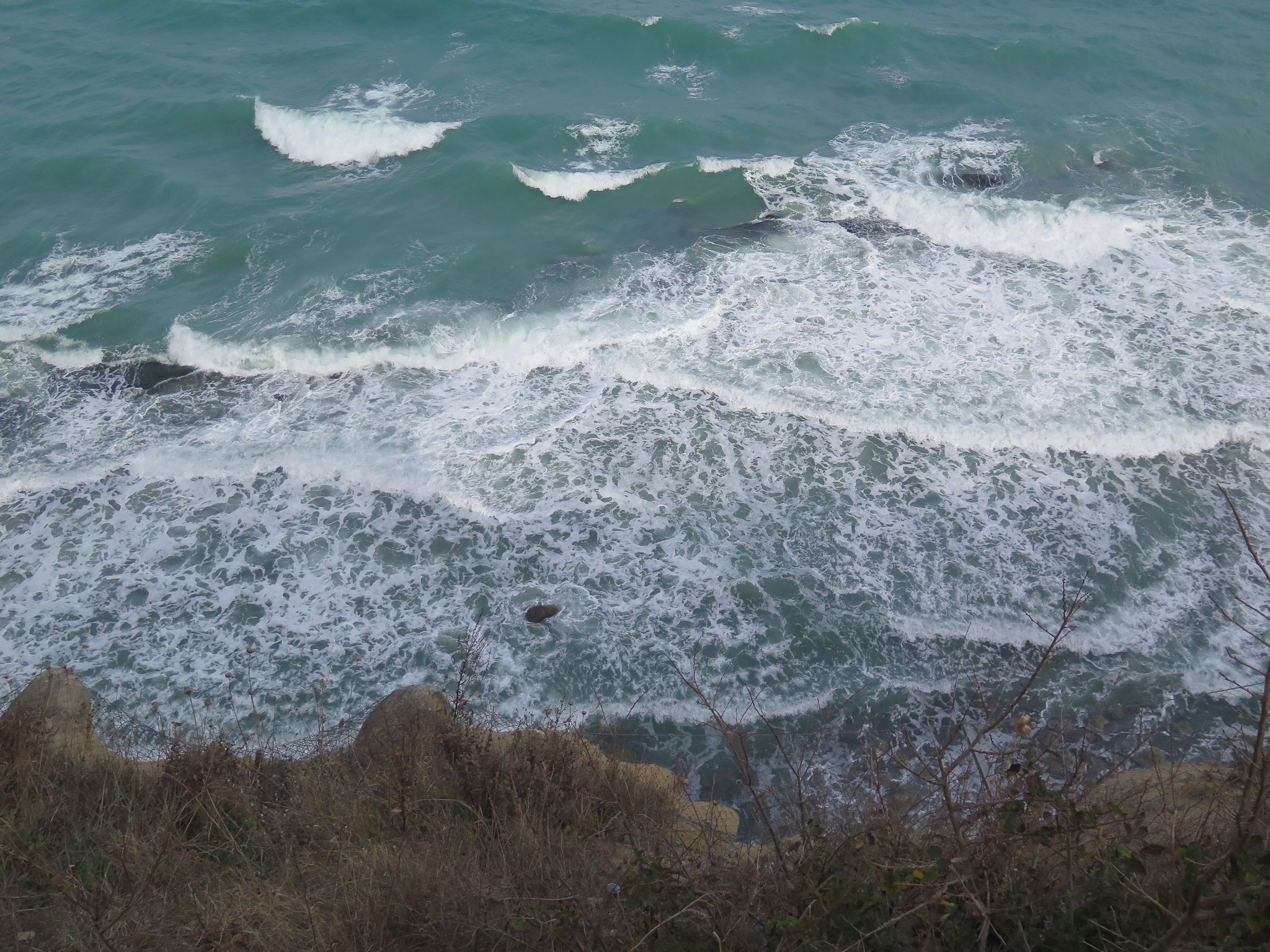