It’s midday when we stop for lunch at the edge of a glassy lake, resting our packs against a rocky outcrop speckled with green, black, and orange lichens and tufts of moss. We quickly don jackets to minimize loss of body heat, then dig sandwiches and water of out of packs and share a meal in silence, gazing across the lake. It’s water mirrors the mountains rising on the opposite shore, the slopes a patchwork of slate, mustard, and dark green brush. A soundless wind carries low-hanging clouds over us, obscuring the peaks as fading shadows that are soon lost in the gray haze. It’s been a wet, chilly hike, but nothing could dampen the grandeur of this scenery. And while otherworldly, it’s located here on earth in the unlikeliest of places: the Rila Lakes of Bulgaria. 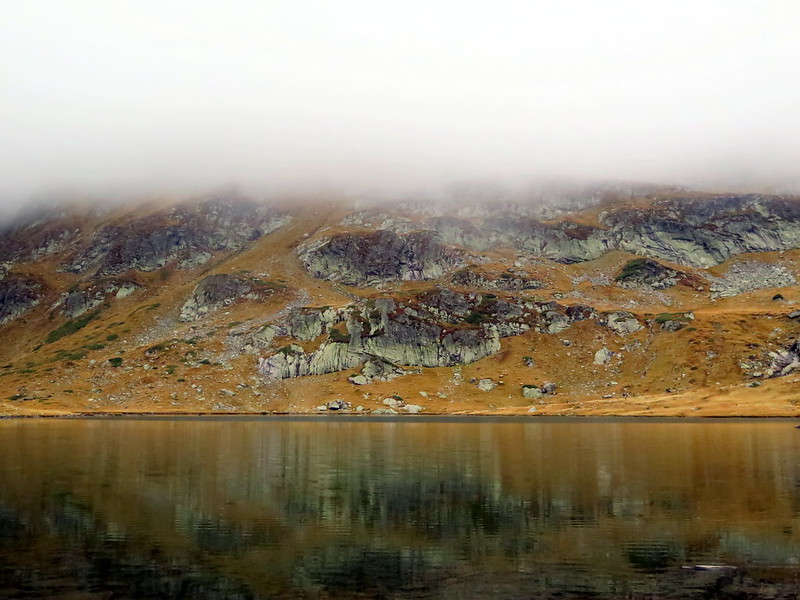 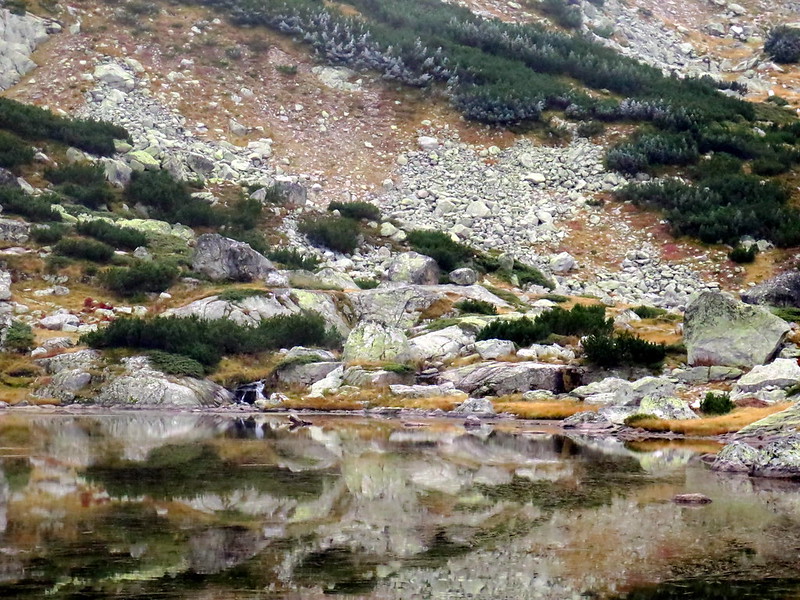 The Balkan country of Bulgaria is most commonly recognized for one of two things: its dairy (in the form of yogurt and feta cheese) or its poverty. The country is the poorest member of the European Union, where a combination of Soviet legacy and lagging economy have driven nearly two million of its citizens abroad and cut the country’s population from  9 million in 1989 to around 7 million today, and this tends to be the only Bulgaria the world outside knows. 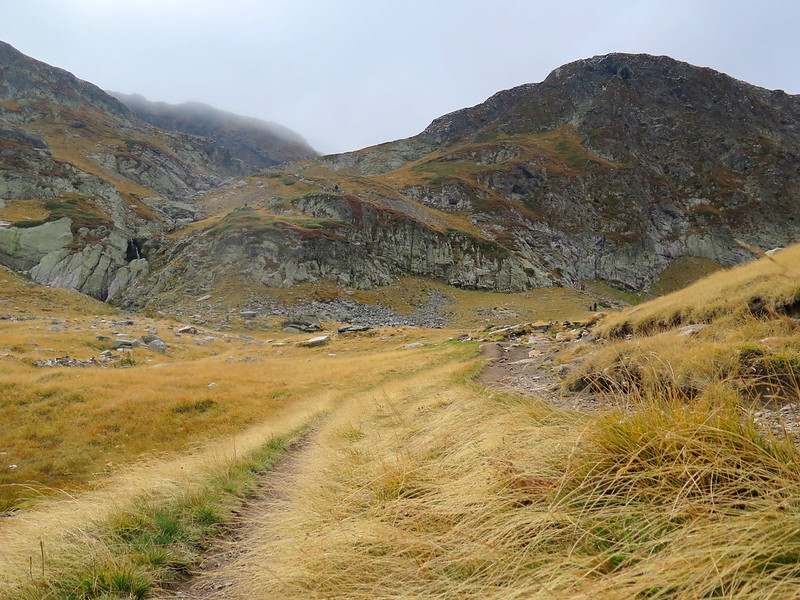 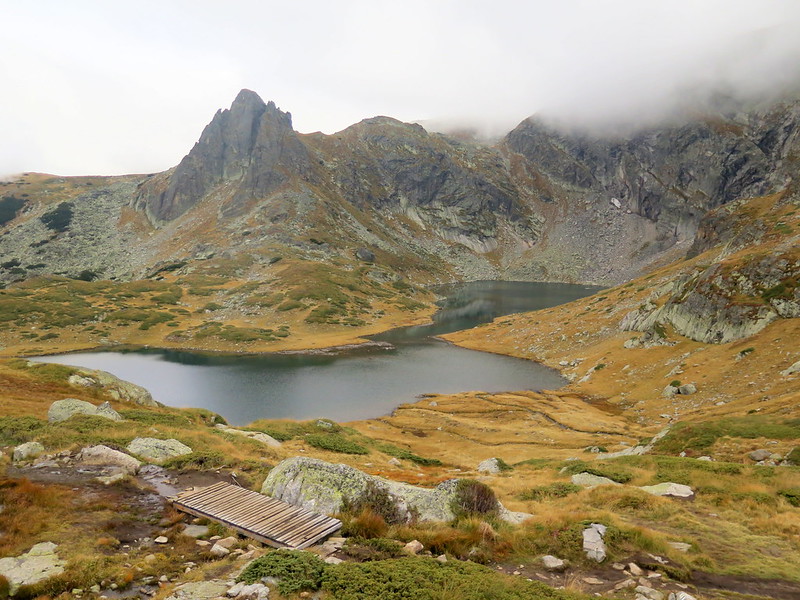 And if you speak to a Bulgarian expatriate about their country, they’re more likely to miss the food or to complain about government corruption. Few mention the country’s two sprawling mountain ranges, its karst caverns, golden plains, or alpine lakes. Ask about the country’s panoply of Thracean, Roman, and Ottoman ruins and you’ll often get an “Oh yes, we do have that.” Tourism is an afterthought in most of Bulgaria, and the country’s natural beauty remains a secret to outside world. 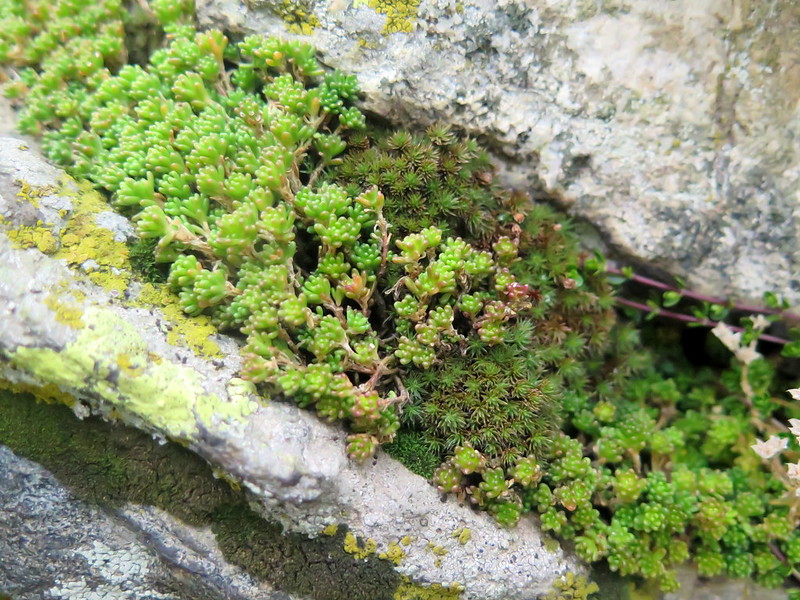 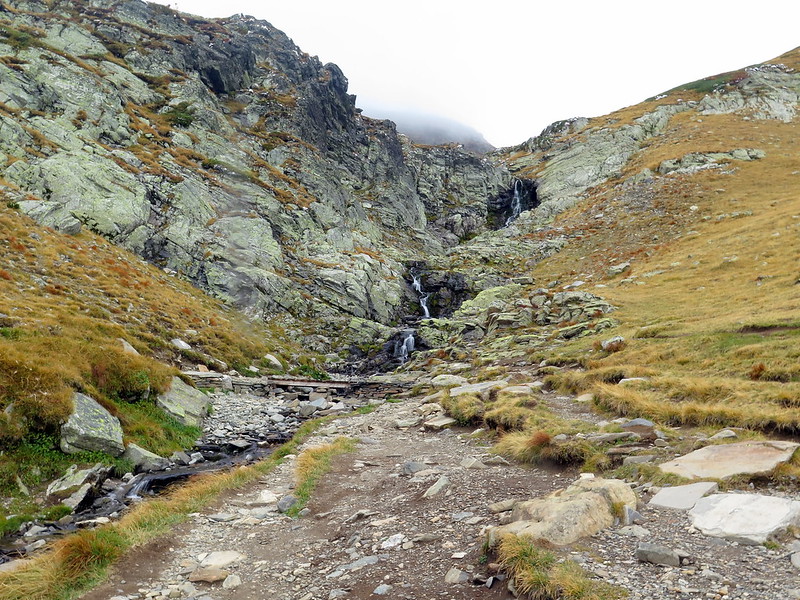 Back at Rila Lakes, we continue our hike through alpine grassland, past a dozen more still and glassy lakes, heading for the trail summit. The people we encounter are mostly native Bulgarians, taking a last break at the end of the summer season before school and work starts again. A handful are backpackers from other countries that when asked, “why Bulgaria?” reply with “It was cheap.” And we pass one group of park employees, dressed in waders and working to move rocks and brush along one of the lakes. “We’re preventing blockage that happens when vegetation dies for the season,” they explain to us, “visitors have brought some extra nutrient contamination to the lakes, but we can remedy it by ensuring the water continues to flow.” 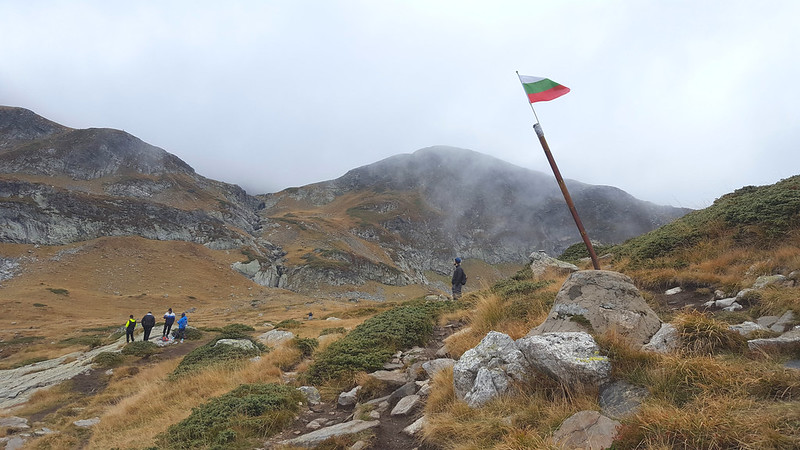 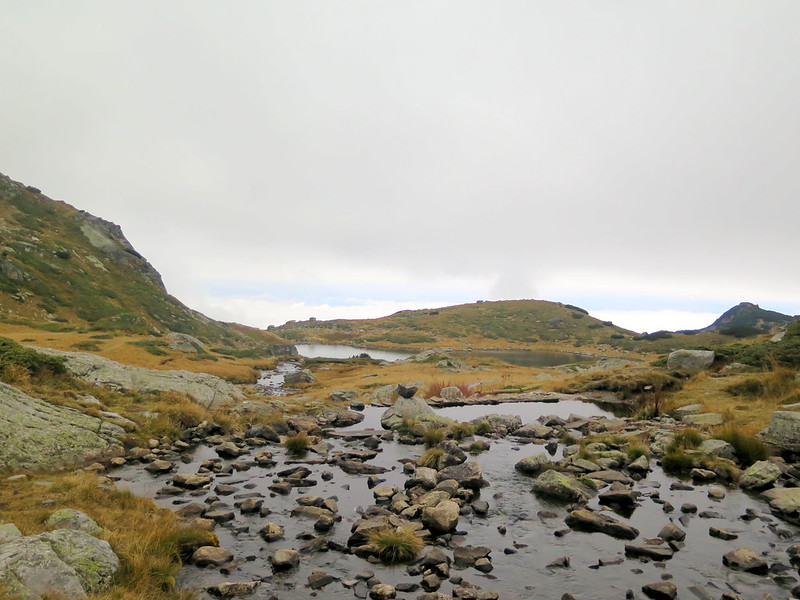 As we climb the last mile to the summit, the temperature drops even further and wind chill forces us to add hats and gloves. Though the stream beside is flows freely, ice coats the rocks at its edge. Frost flowers, long shards of ice, grow from blades of goldenrod grass beside the trail. The summer growing season has long since ended here. 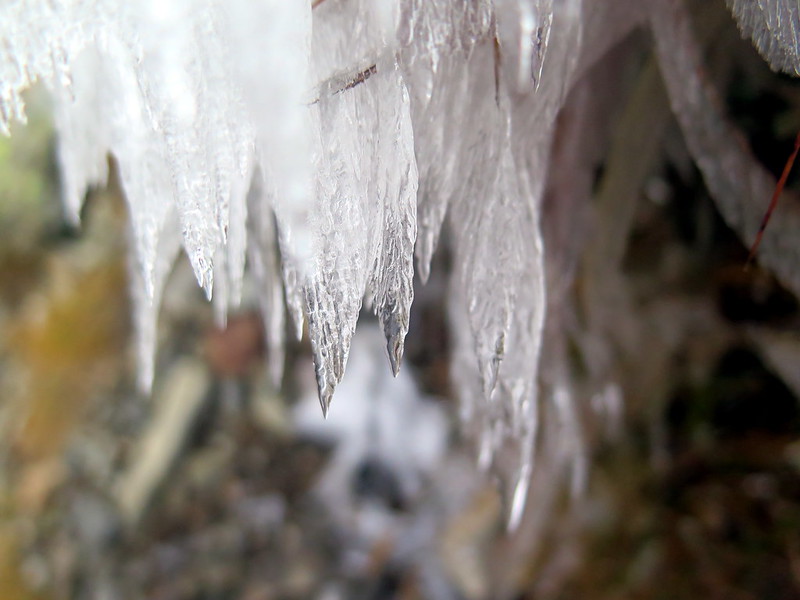 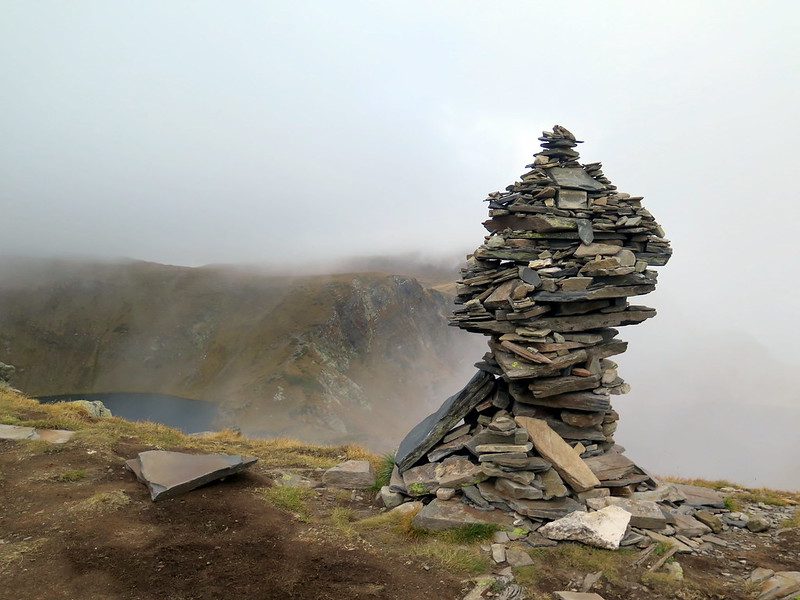 The peak is a disappointment for a standard hiker. The clouds that have drifted in starting around lunch have thickened, and where there should be a view of the entire valley there is only a thick gray fog. We climb back down and complete the trail loop, heading up along the western ridge of the valley. The clouds descend further and envelope us in obscurity. When we stop to rest in the dead grass beside the trail, we watch other hikers pass us, materializing from the mist with the scrape of shoes on dirt and sounds of breathing and fading into faint outlines and then, nothingness. 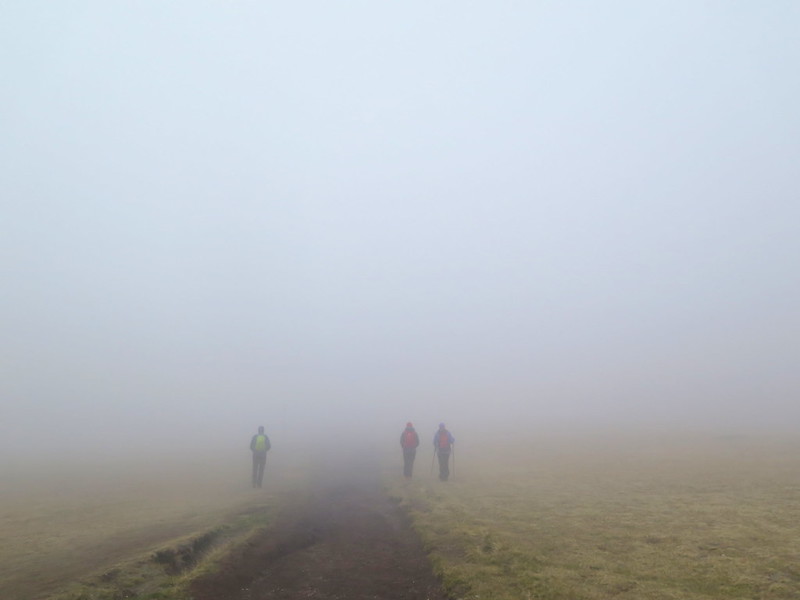 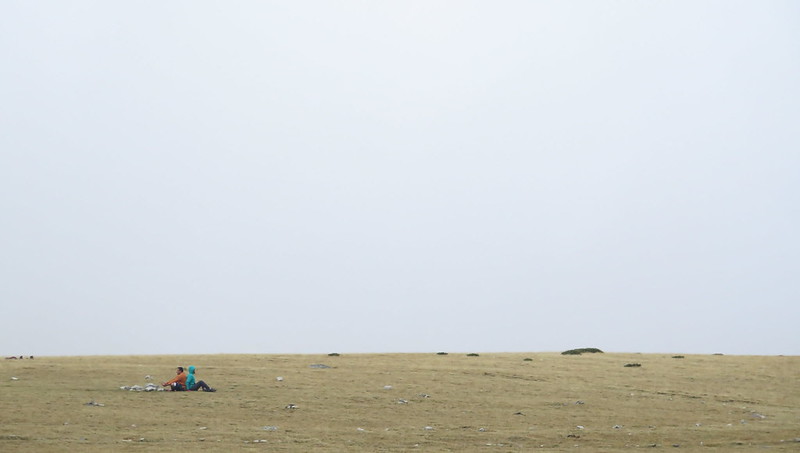 One thought on “Bulgaria’s Rila Lakes”