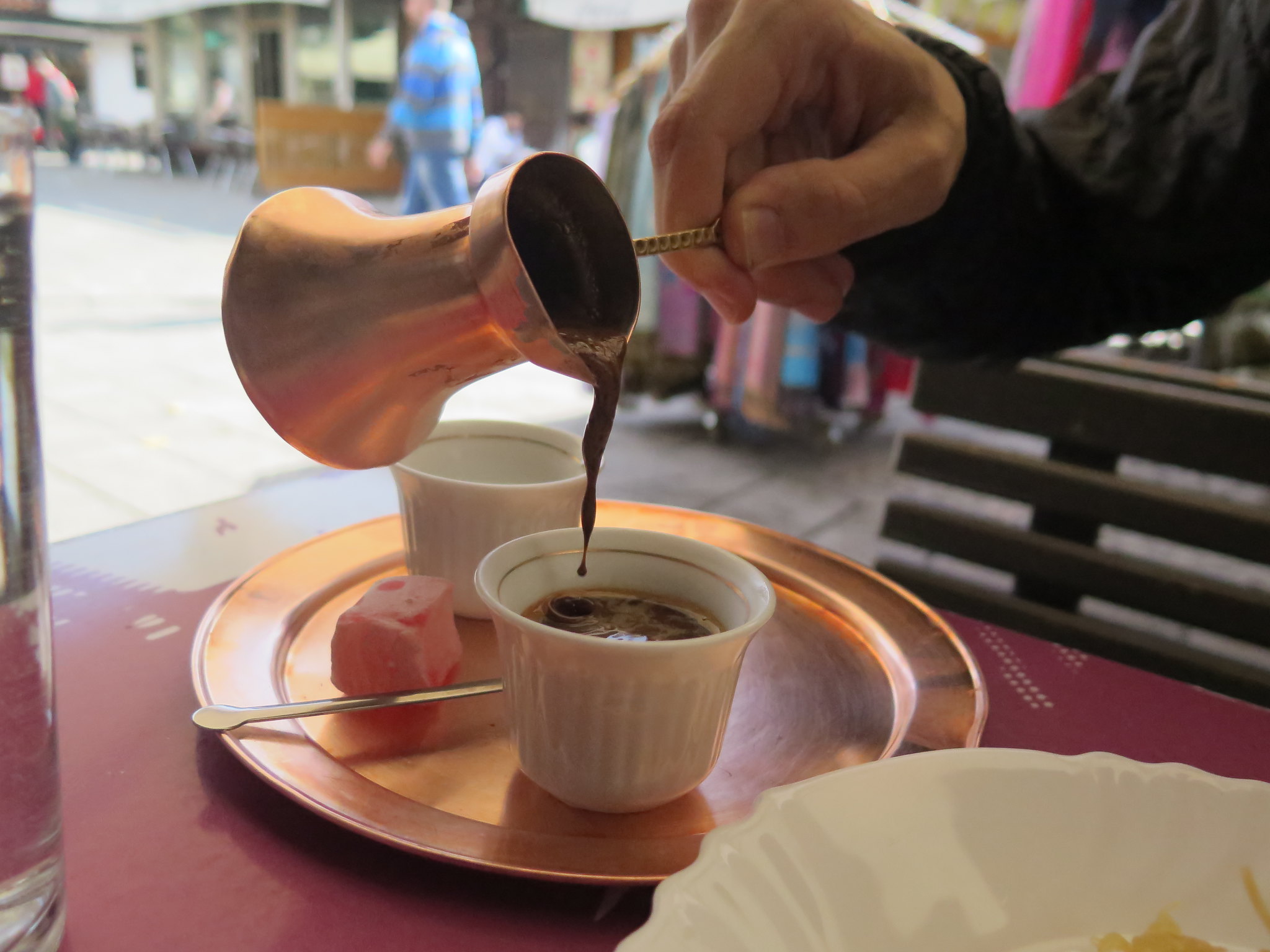 There is an interesting story whenever something forgets where it was from and becomes from somewhere else. This story is about a cup of coffee. 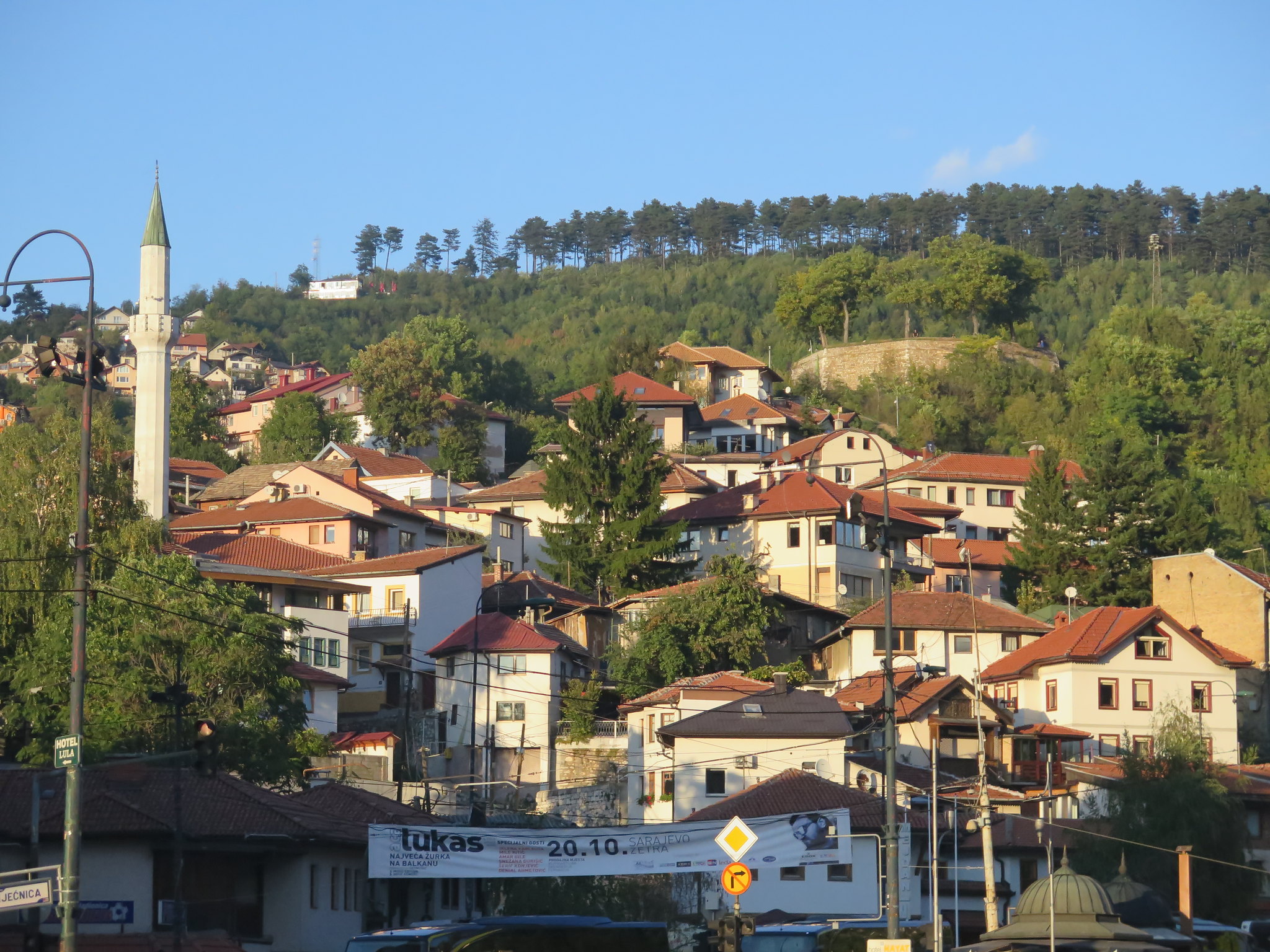 The city of Sarajevo and the country of Bosnia and Herzegovina are each beautiful and complicated. Their histories are long, and storied, and often very bloody. Bosnian coffee comes from a time when the Ottoman Empire threatened and conquered the Balkan peninsula. Slavic through pre-history, converted to christianity in the middle ages, Bosnia faced yet another existential threat. The Ottoman Empire, when it finally conquered the region, wiped out the former ruling structure but allowed the country to keep its cultural identity and name. Because many Bosnians converted to Islam and the empire spread, enveloping Bosnia in even more outer provinces, it reached a point of great influence in culture, commerce, and architecture.  This period is when the cities of Sarajevo and Mostar were founded. 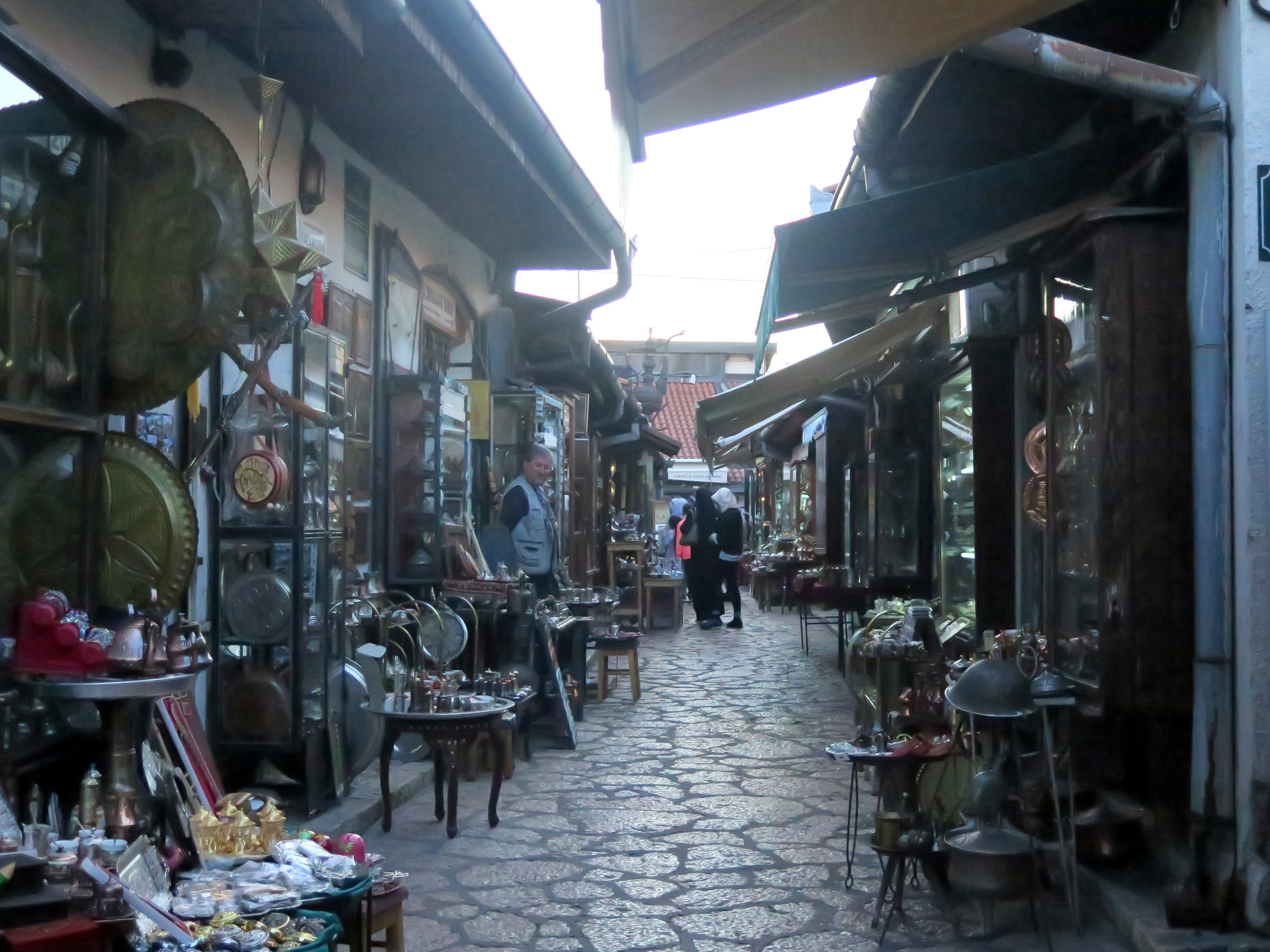 Bosnians say that they in their province retained the true form of Turkish coffee. Because Bosnian coffee, regardless of what it is called today, was brought by the Ottomans. The turks favor a very thick, very strong brew – almost a sludge. Ordering a Turkish coffee anywhere in the world will get you a cup of thick sludge covered by the liquid coffee. Ordering a Turkish coffee in Bosnia will get you a quick correction – Bosnian coffee – and a tray complete with cups, a pot of coffee, a bowl of sugar, and a piece of lukum. The coffee is the same thick, sludgelike delight, but it comes in the pot that it was prepared in – a jezveh. Every Balkan country pronounces this differently, and the Bosnians spell it džezva. 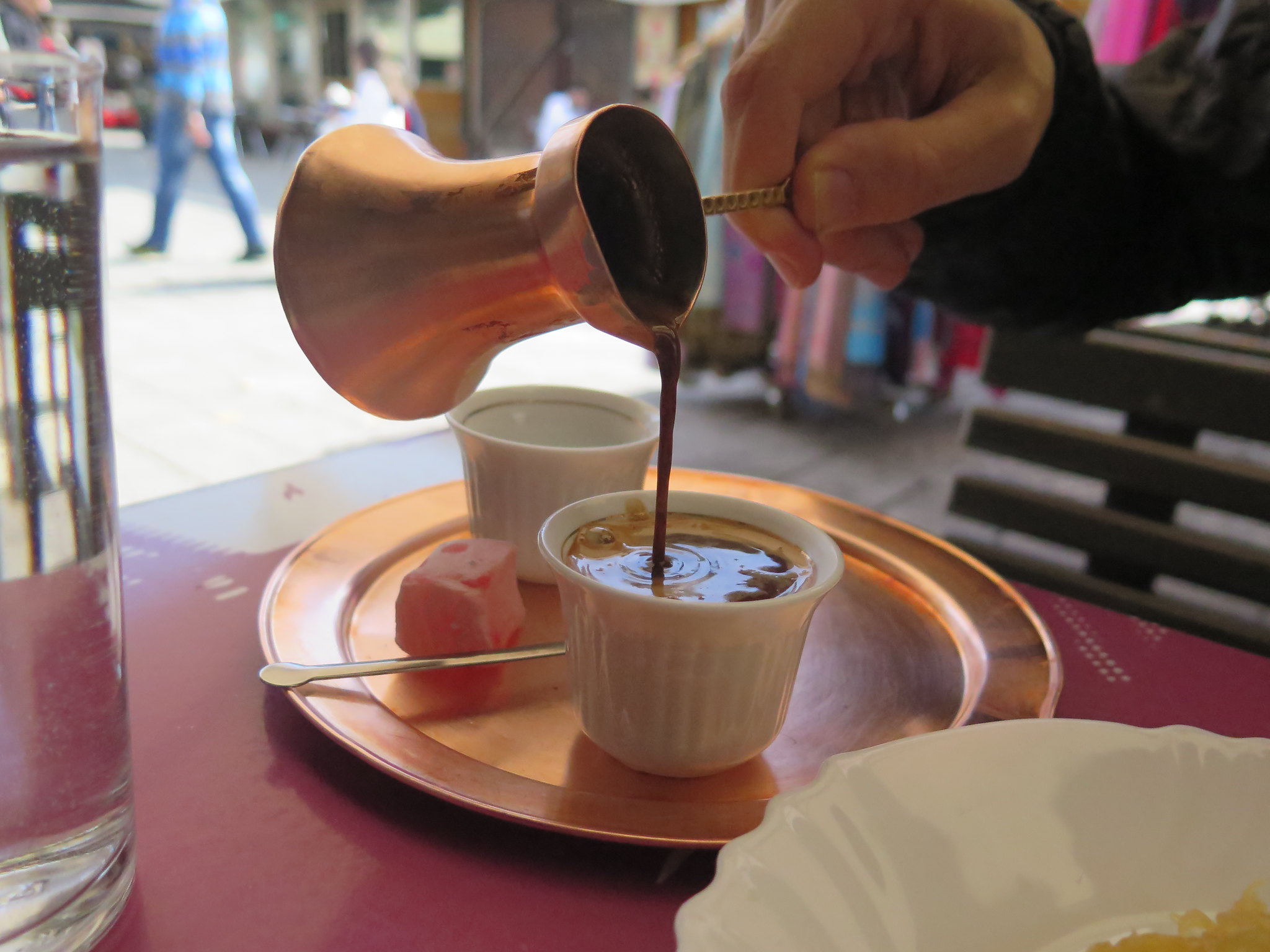 There is a ritual in serving coffee the Bosnian way. That’s really what differentiates it from the Turkish coffee, though locals might say otherwise. Bosnian coffee is served in its pot, on a tray. Turkish coffee comes in a cup. Both come with permission and opportunity for a long, luxurious, meandering chat. In Bosnia this holds even more strongly. Gaining its freedom from the Turks did not revert Bosnia’s newfound identity. It still stands out amongst its Balkan neighbors being a Muslim majority nation. It stands out even further for being the last major armed conflict (not counting Ukraine now) on the European continent. 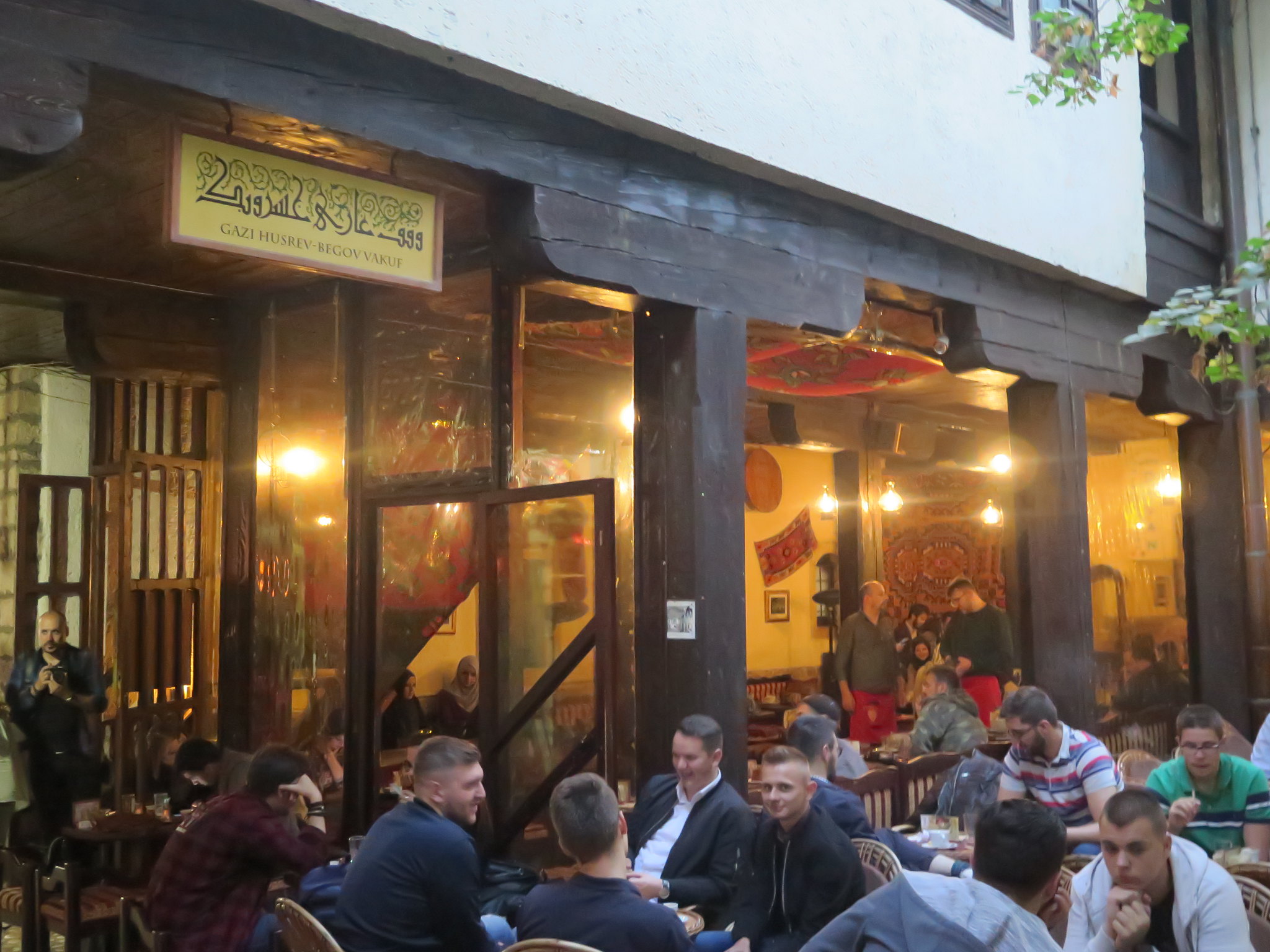 During the Bosnian war, the social ritual of Bosnian coffee became a touchstone, a point of grounding for the residents. With extremely limited supplies, the ritual remained as the coffee was washed away. Any boiled drink, preferably brownish, served in its place – a reason to get together, to talk, to try and experience normalcy in the face of siege and war. Now, the war past but not forgotten, coffee once again proliferates the country, though the full ritual of it is slowly dying out. Many places will serve espresso or nescafe, and the cafes where true Bosnian coffee are served a fewer than before. In busy tourist towns and central markets though, there will always be a place for the tray with its attendant pot, cups, and bowls. This is lucky, because it is some of the best coffee anywhere. 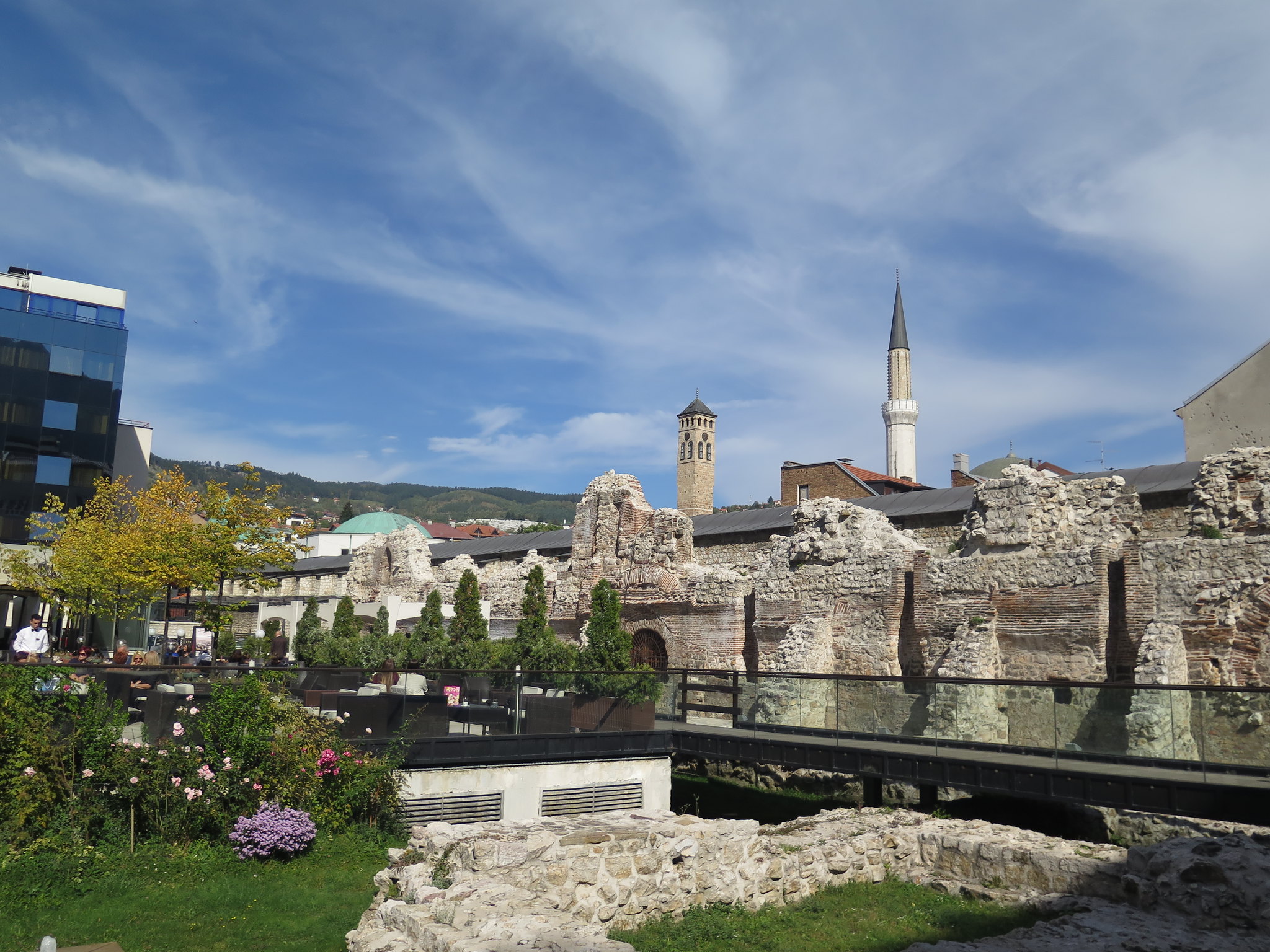