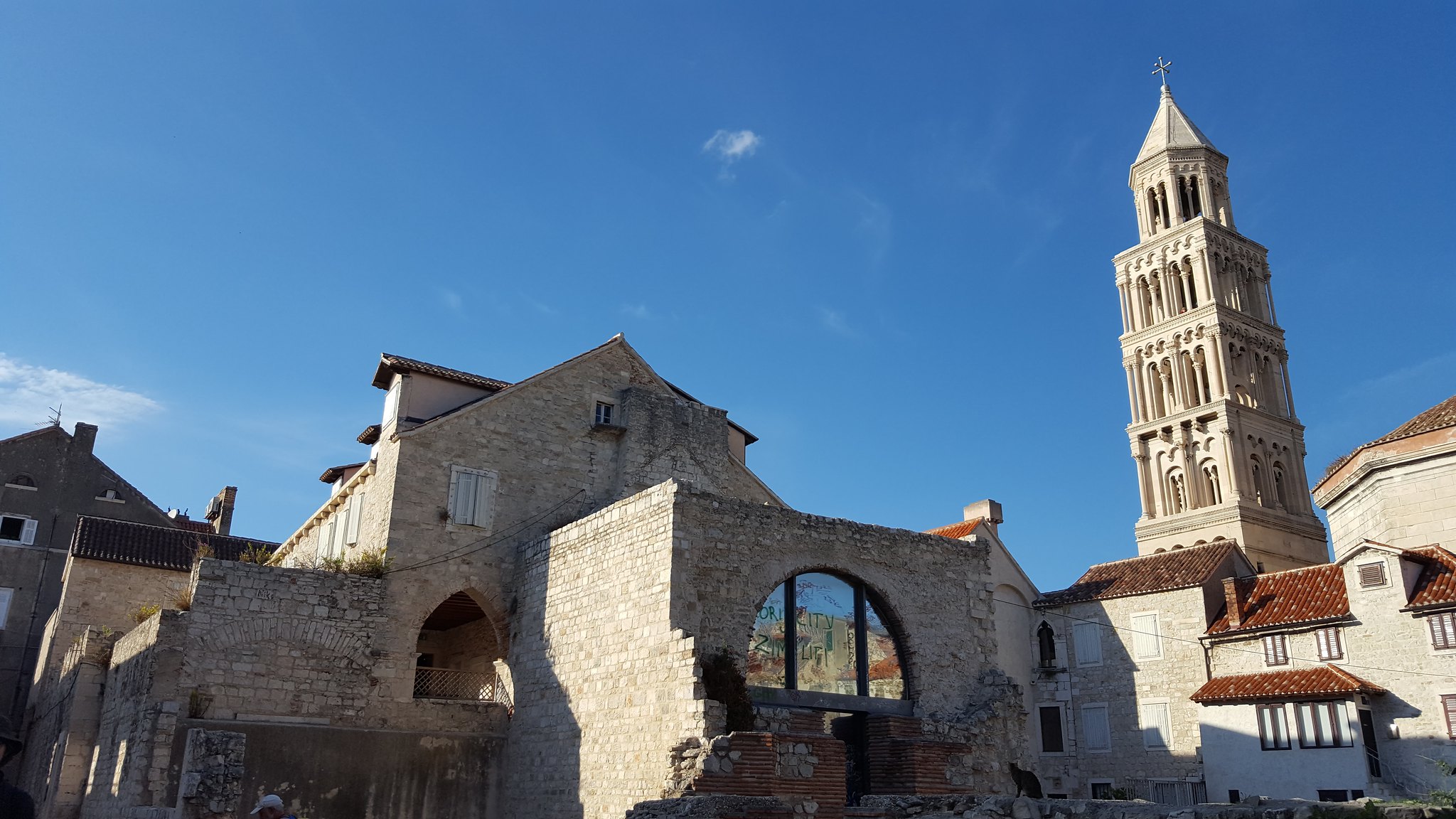 Split is a costal town, oddly reminiscent of Southern California. Palm trees, beautiful ocean, ancient architecture and cobblestone houses. No, wait, that last part isn’t at all like SoCal. Split has a lot of things to see, and most people spend the majority of their time in the old quarter. The old quarter has a market place, a small surrounding area of older streets and their apartments, and, in vast majority, Diocletian’s Palace. 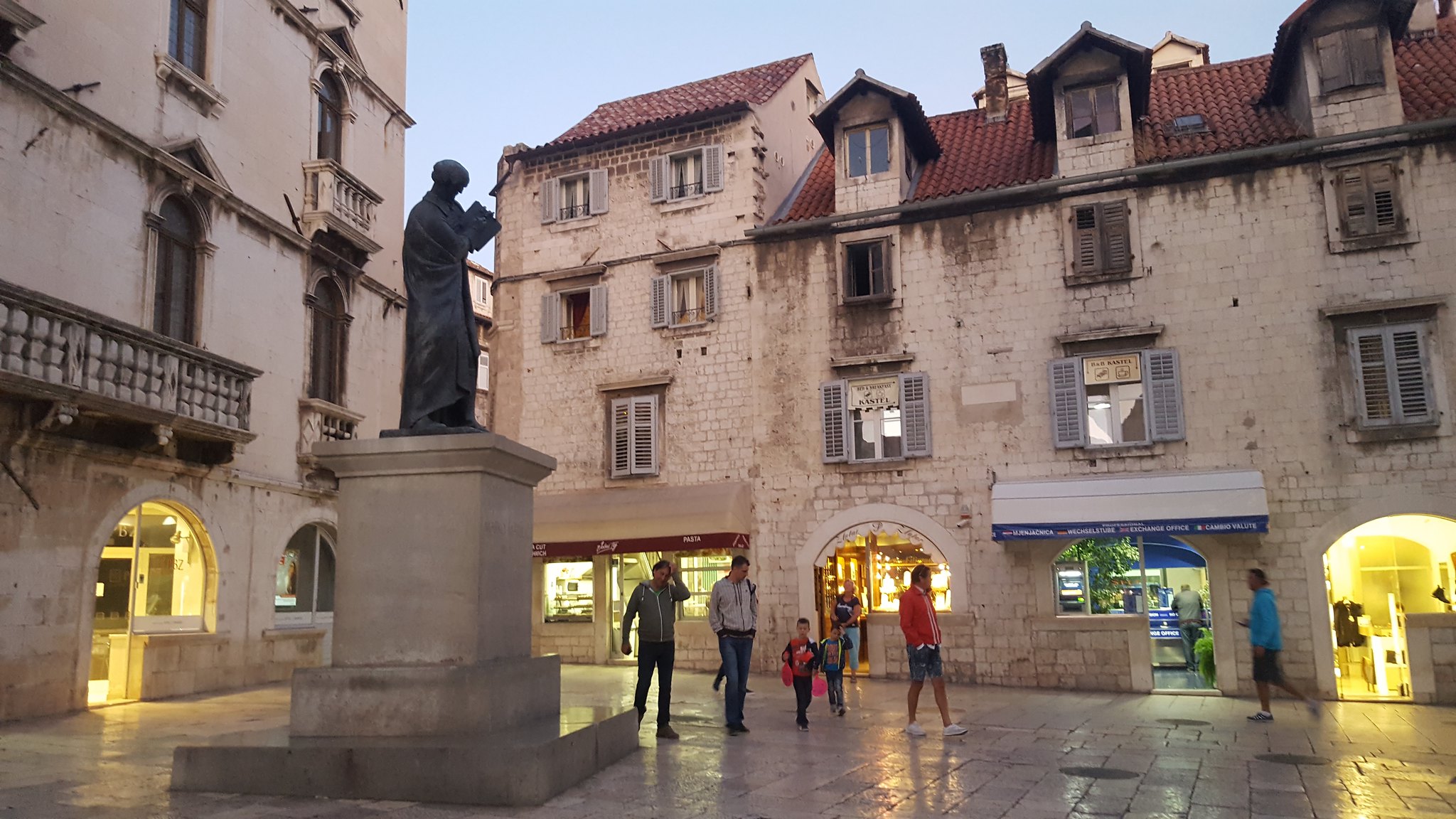 The palace is a beautiful, massive fortress, with multiple squares and dozens of tiny, squigly back alley style streets that are hard to navigate but full of interesting restaurants and shops. 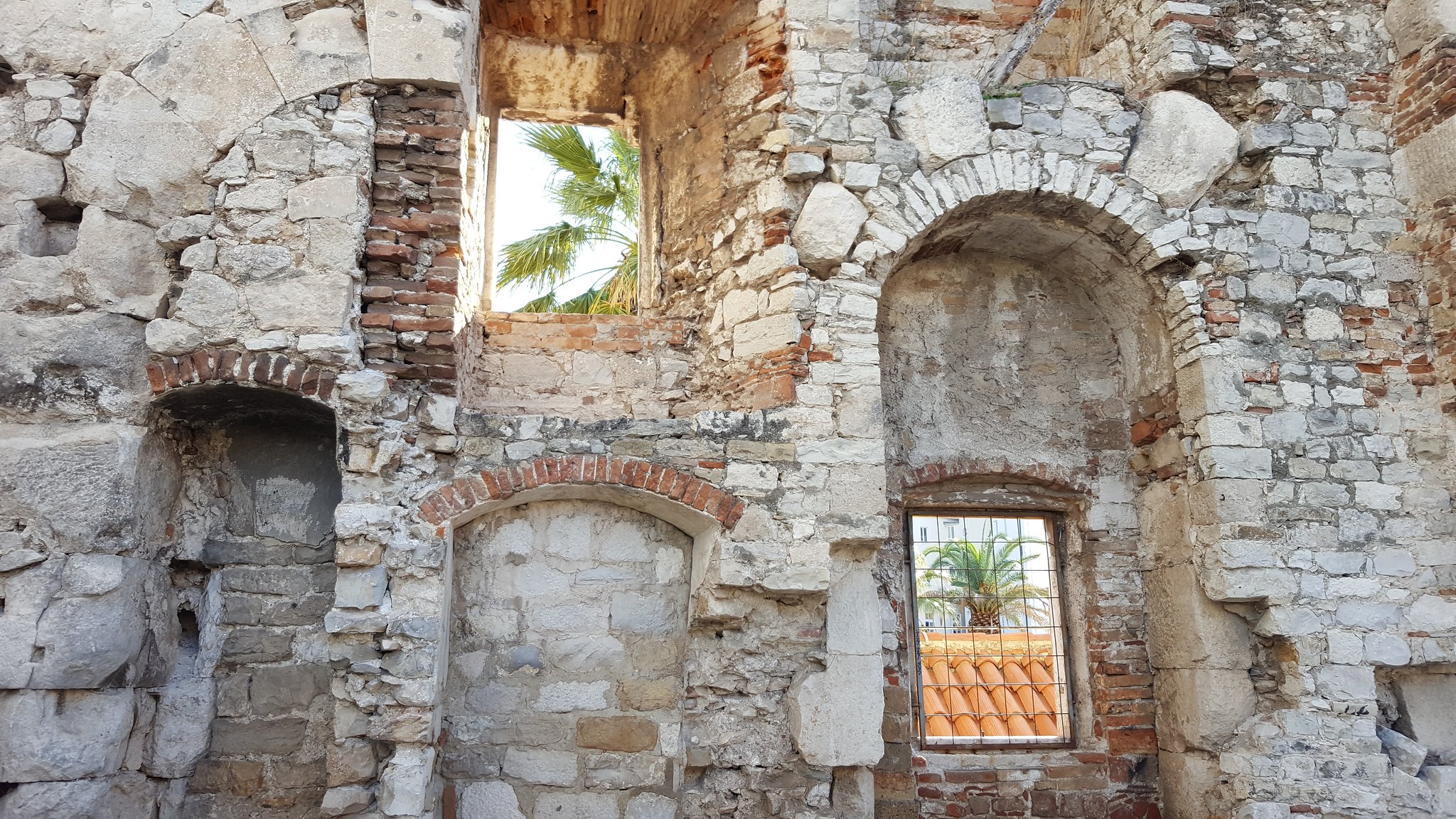 It was built around 300 AD as a retirement house for the Emperor Diocletian. Half retreat and half garrison, it was heavily fortified and at times housed over 9000 people. Today it stands as the world’s most complete Roman ruin. It really is magical to see – the majority of the palace is intact and its towers, plazas, and tunnels are endlessly interesting to explore. 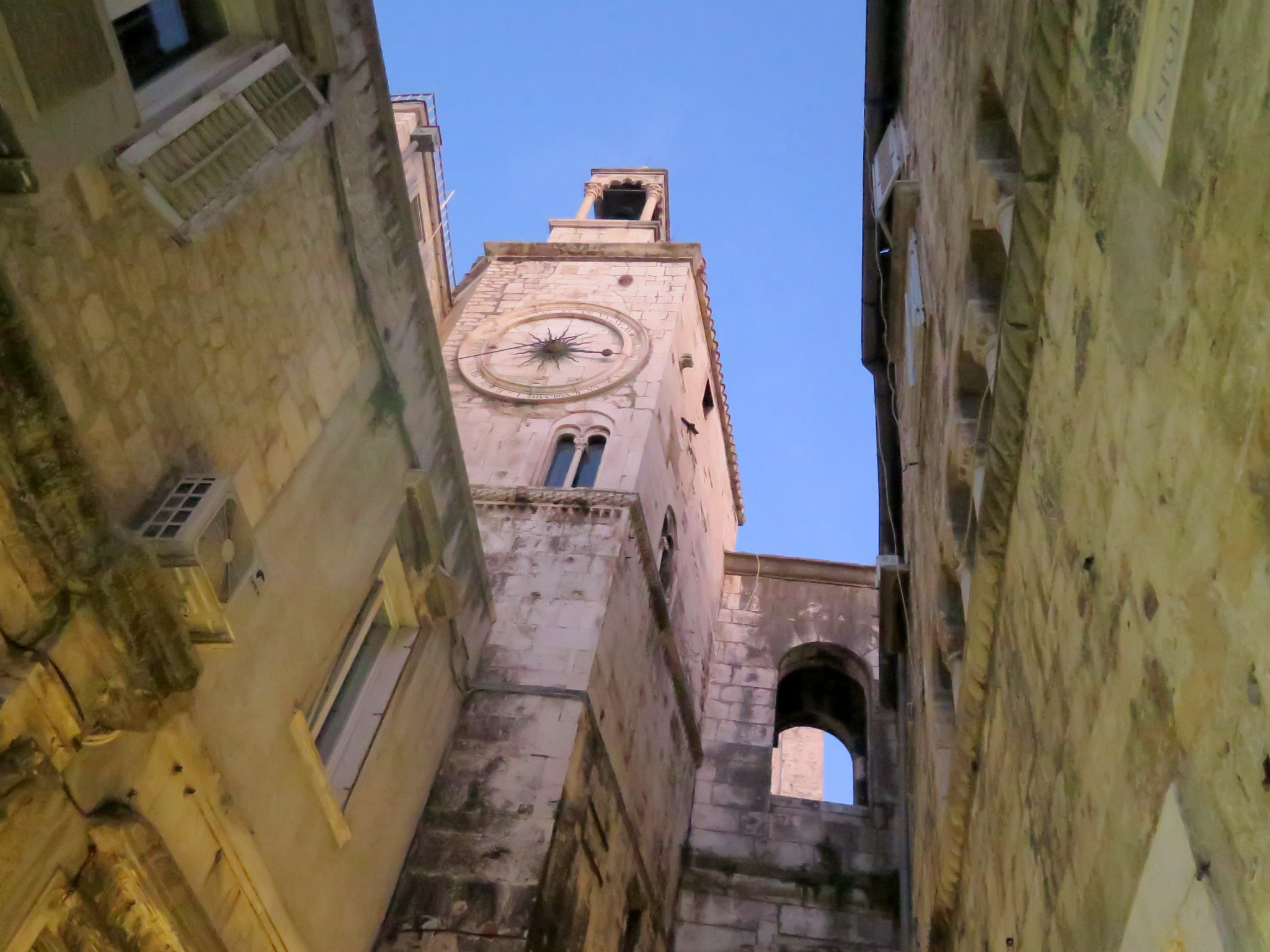 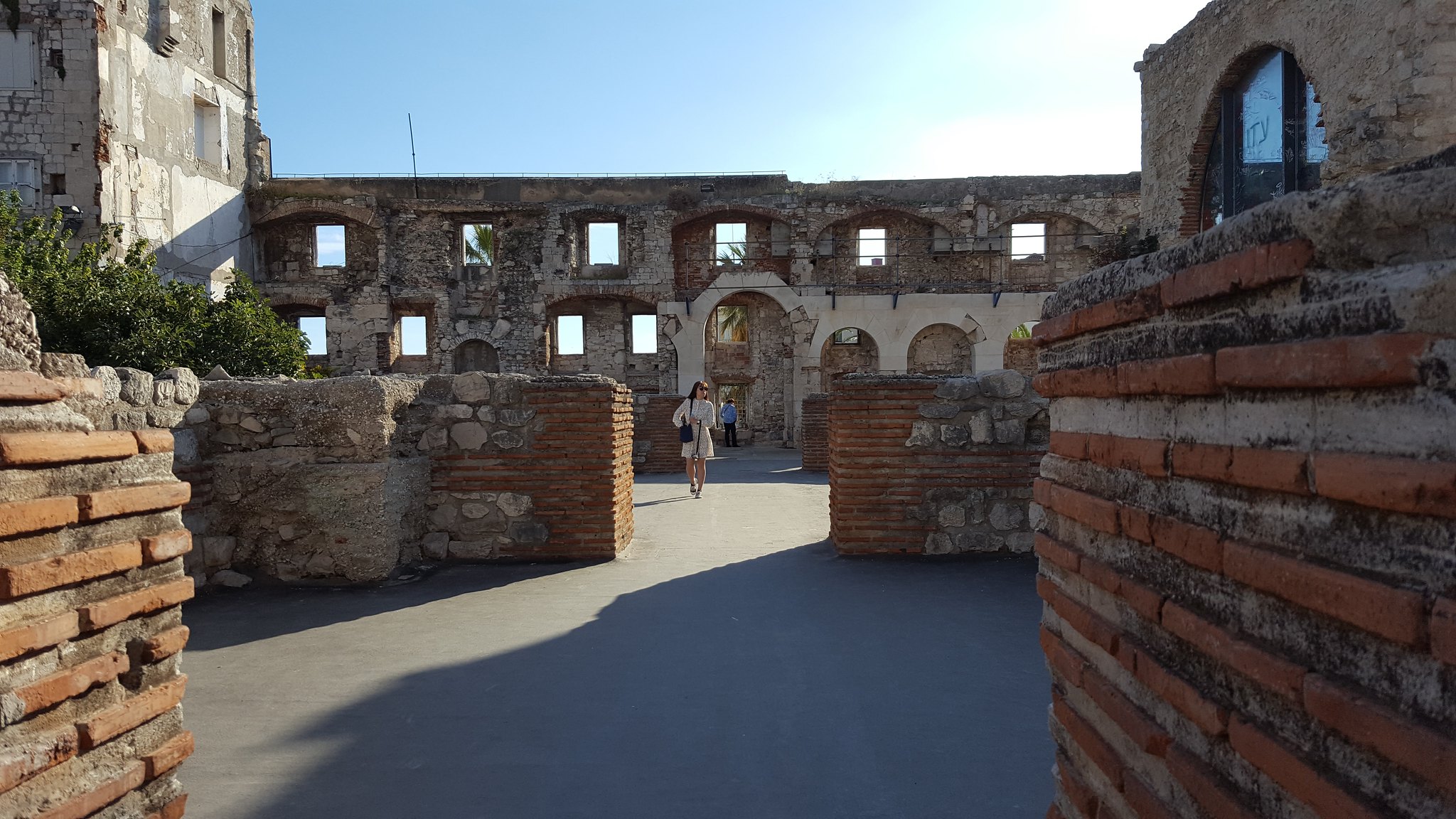 The majority of the palace is well preserved and is in active use today. Some portions – mostly along the seaside souther wall – have decayed into a state of not-quite-ruins. The structure amazingly holds itself together even there. 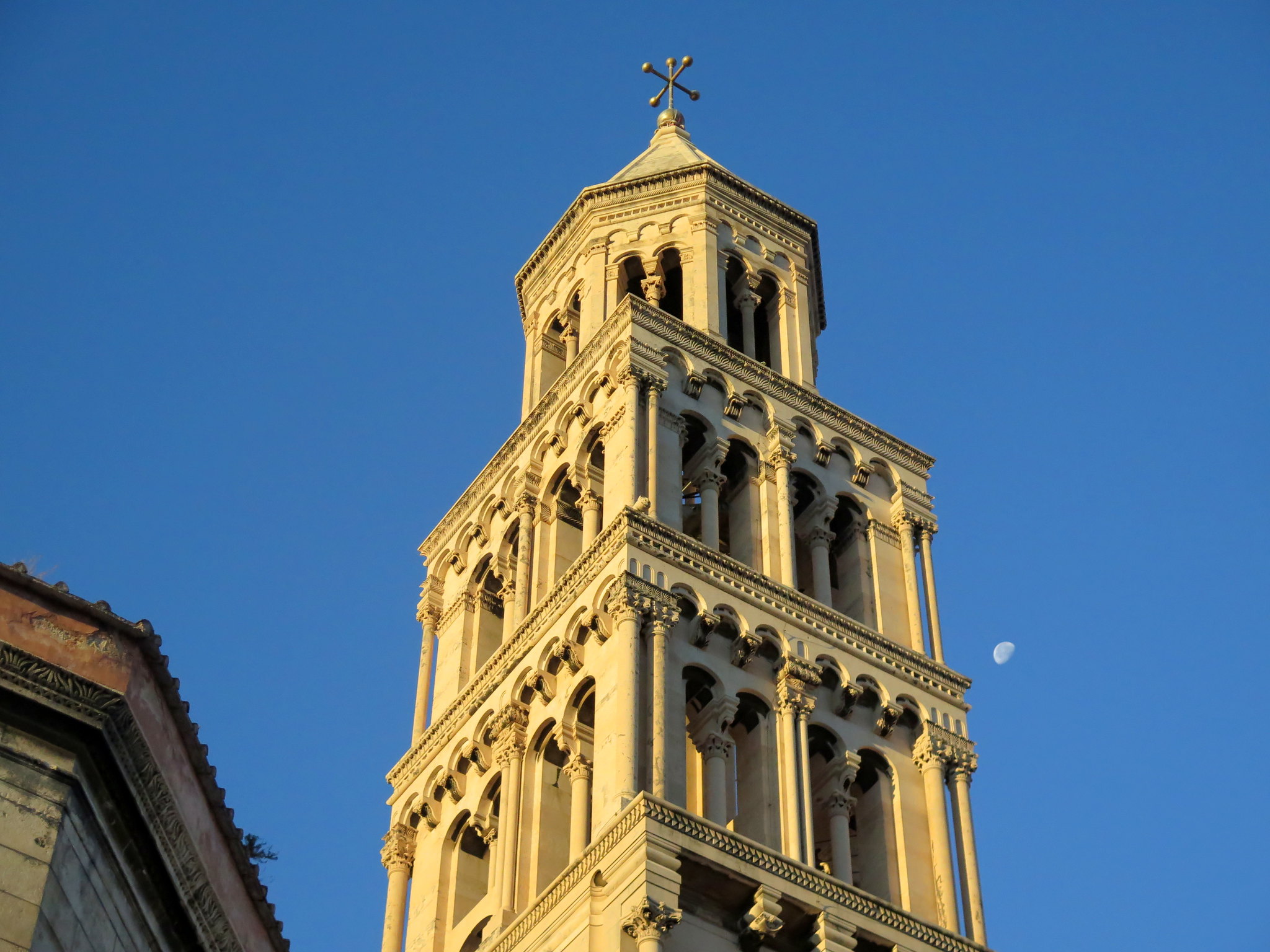 The towers that watched over the sea and city are a focal point even today. 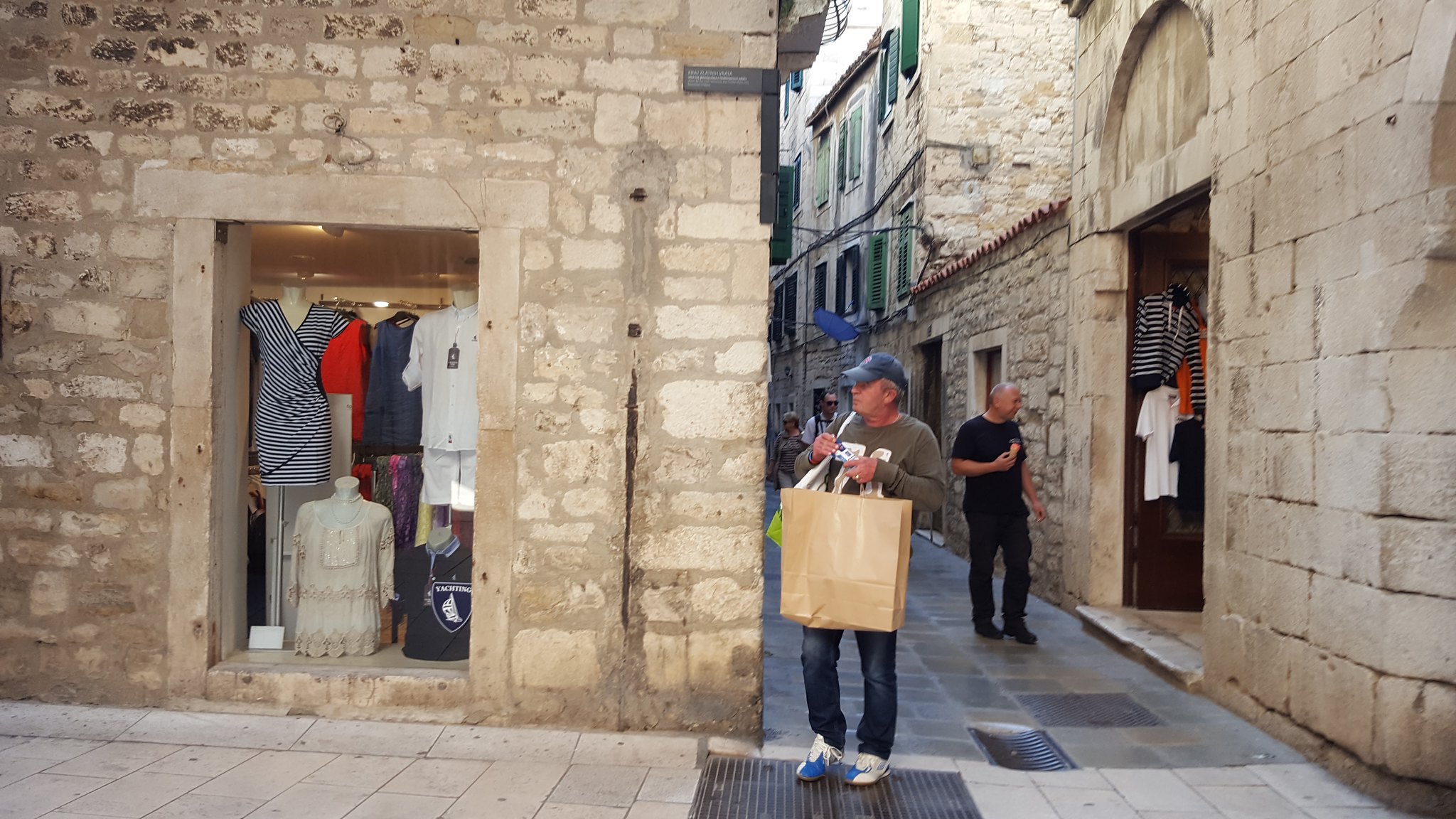 Outside of the architectural beauty, there’s a lot of shopping in the old city. As with any good tourist location, businesses big and small have set up shop to sell clothes, souvenirs, and food. 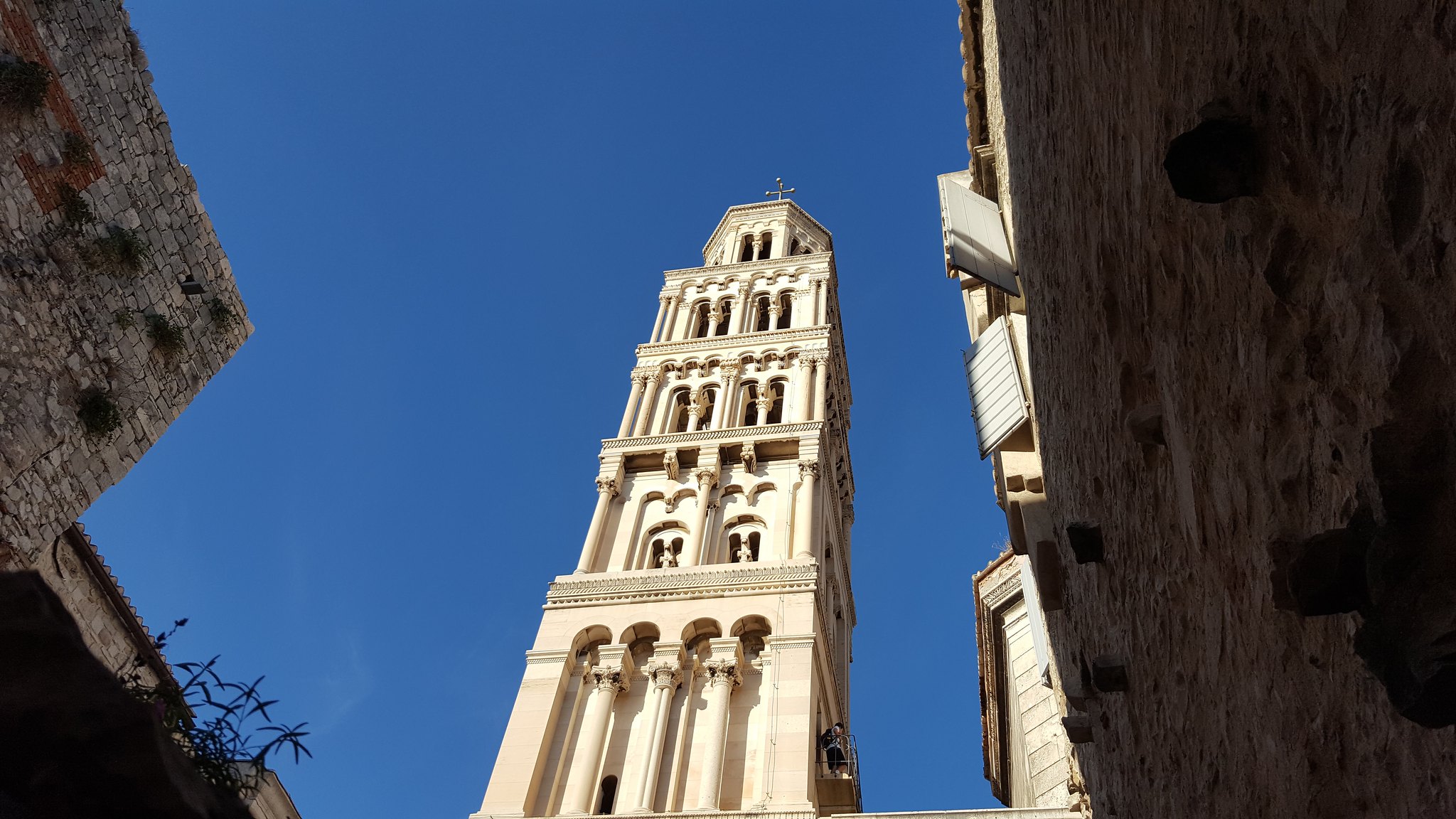 The plazas under the towers are a main gathering point – hundreds of people will sit at the cafes, smoke, sip, and talk. Here we got a taste of what Italy might be like – there are a lot of Italian visitors, and they and the locals love to sit for hours. 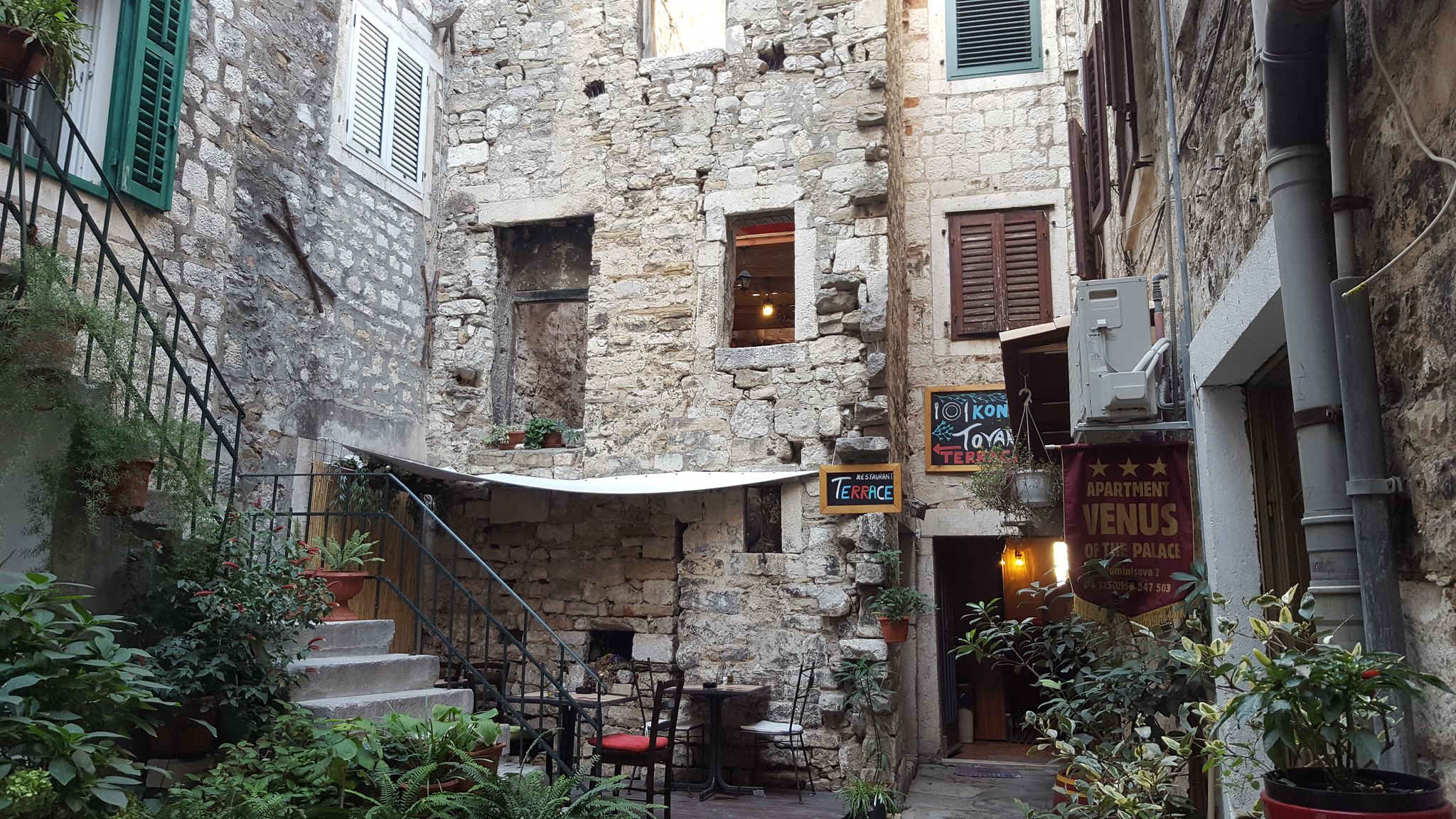 The smaller segments of the palace, tucked away from the main square, have been turned into twisting mazes of restaurants and apartments. The food in these is very good, especially the hard-to-find ones. Locals mostly go there, hoping to enjoy the city without the crowds. 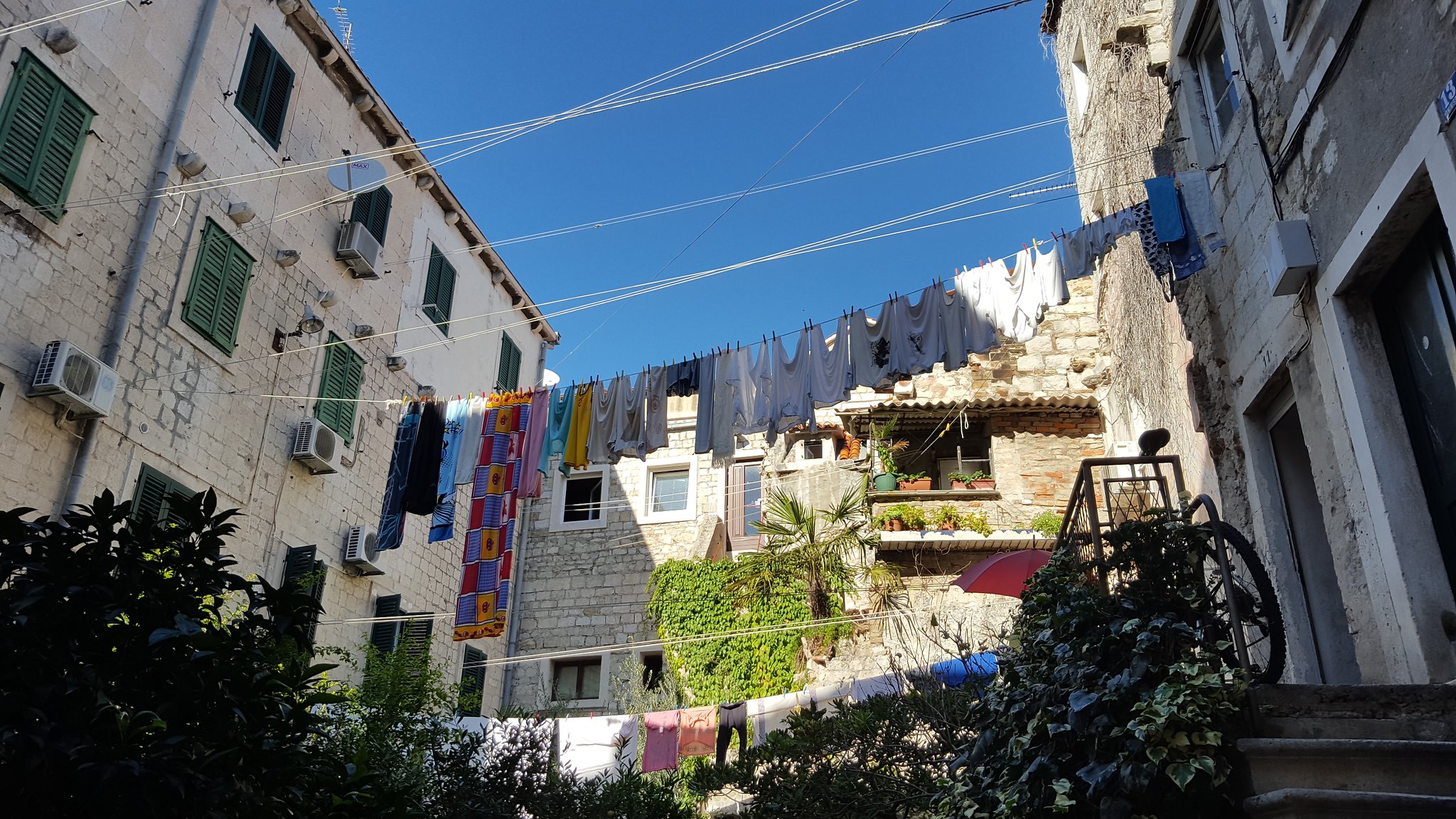 The apartments are mostly for rent to tourists, but from the looks of it some of them are actually occupied by residents of the city. 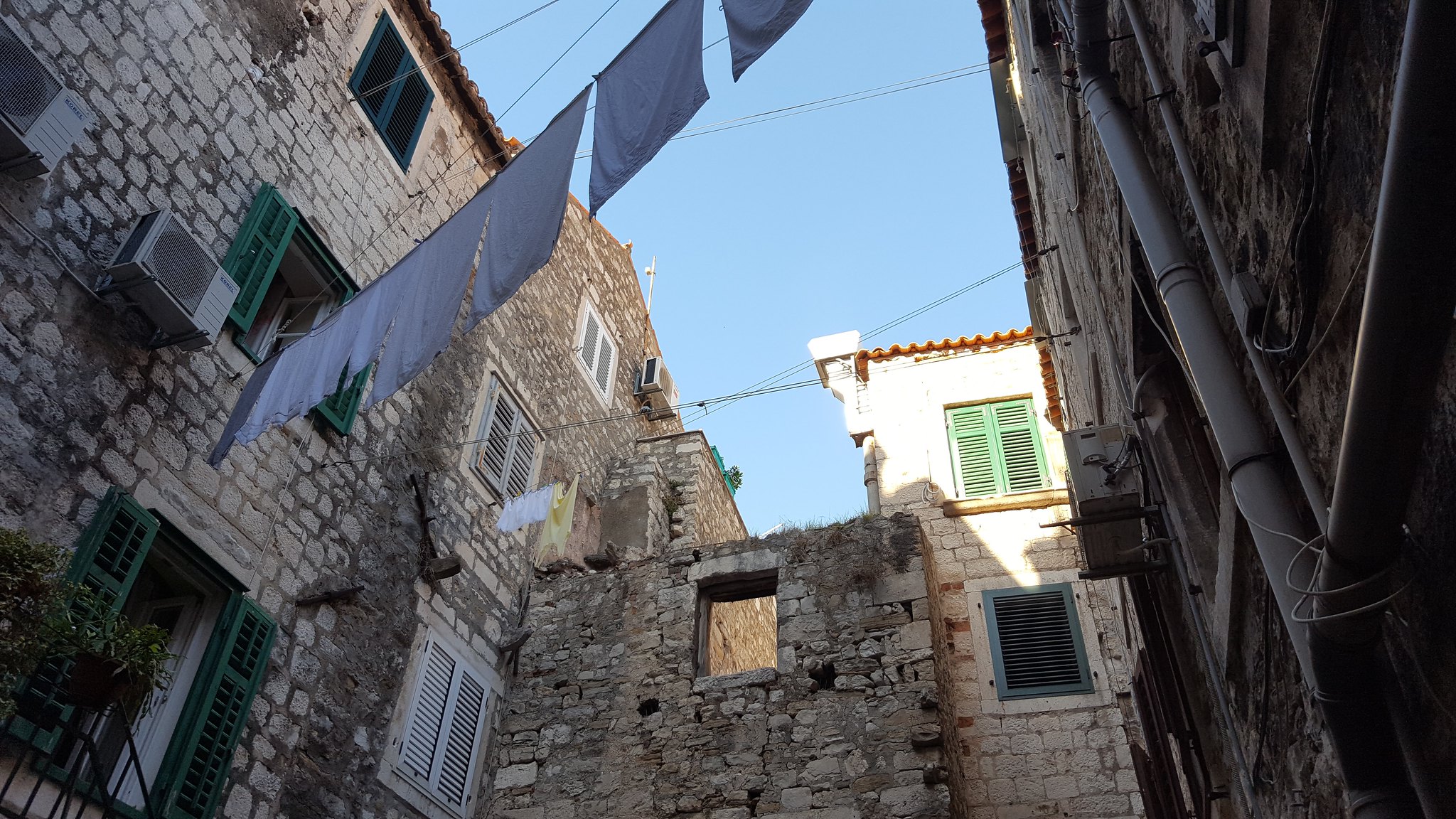 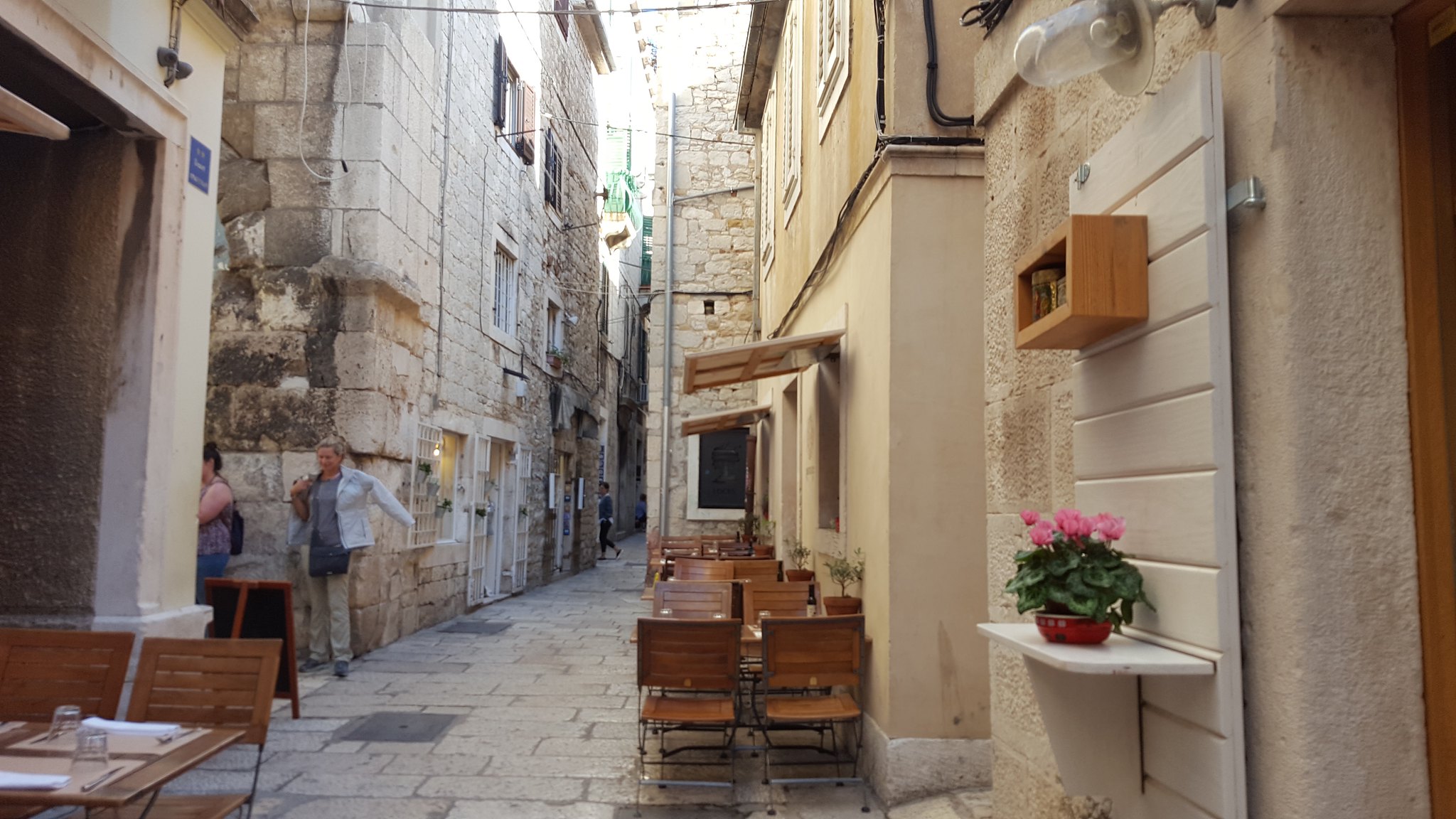 Seating at these alley cafes is pretty limited, but that’s ok! The atmosphere is quiet compared to the bustling plazas. 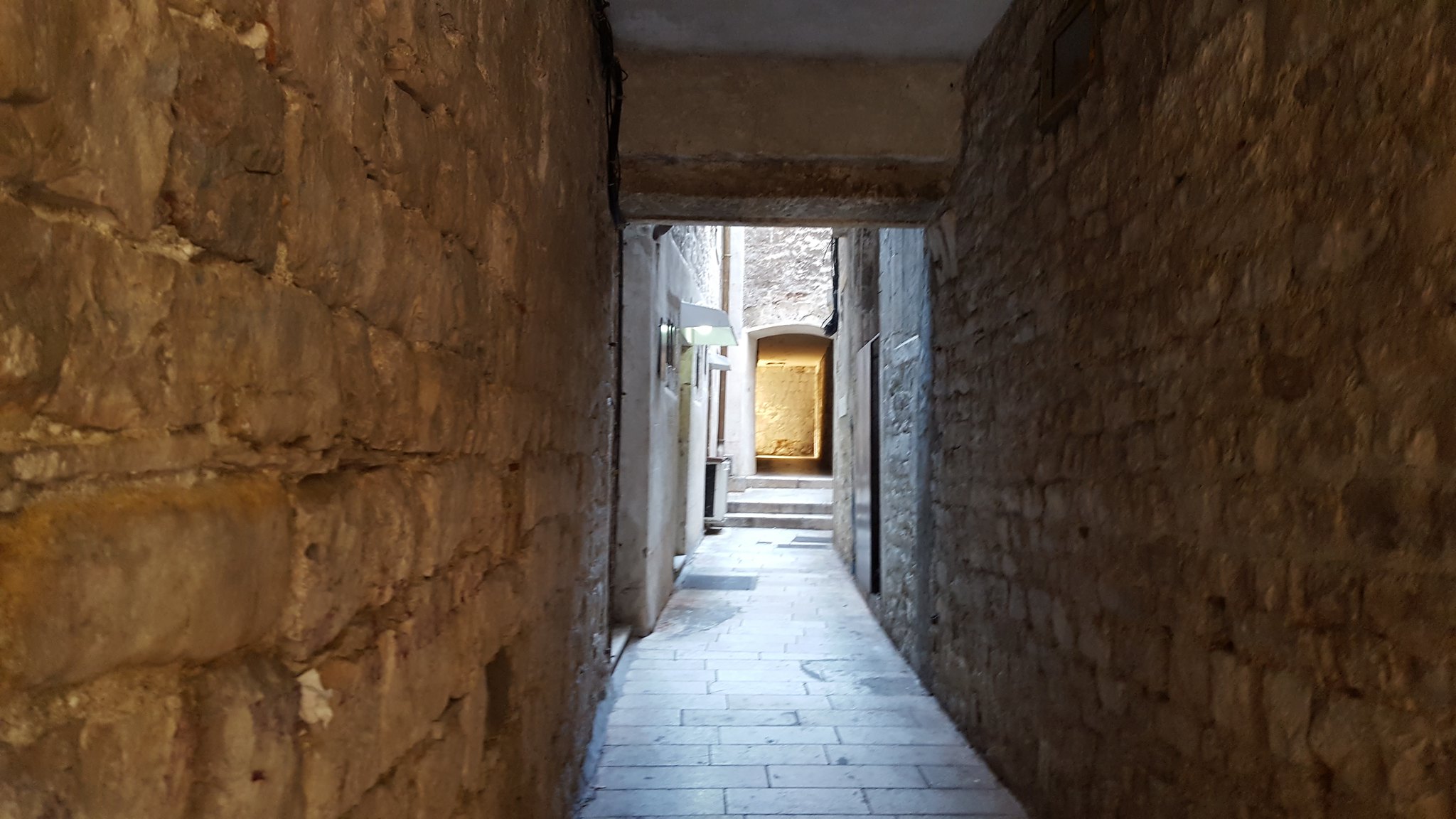 Sometimes the path takes you through an architectural tunnel. The ‘ceiling’ is a connector between two buildings up above. 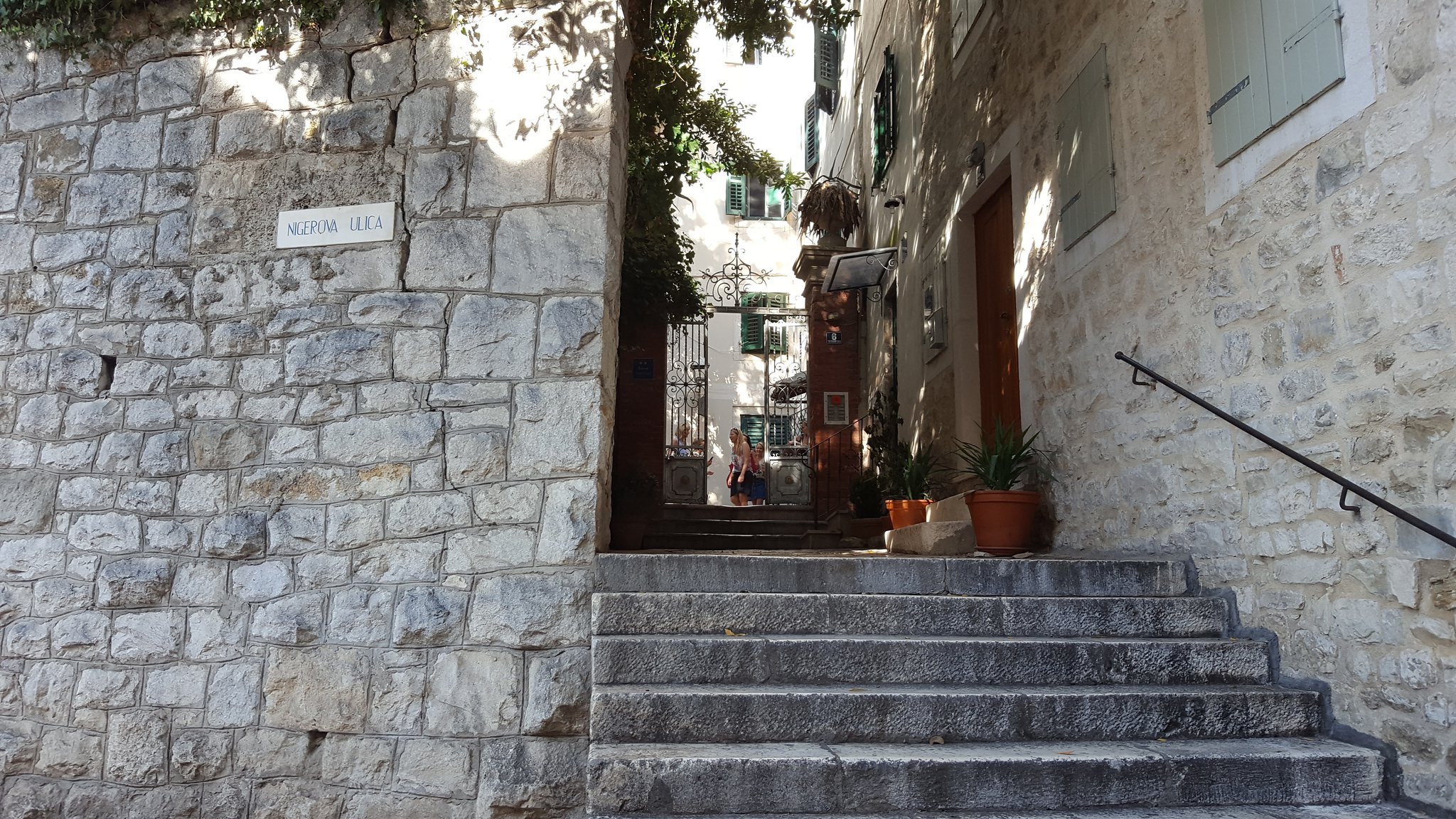 There is always more to see in the palace. We walked through it every day, and every day we found yet another section we hadn’t explored. 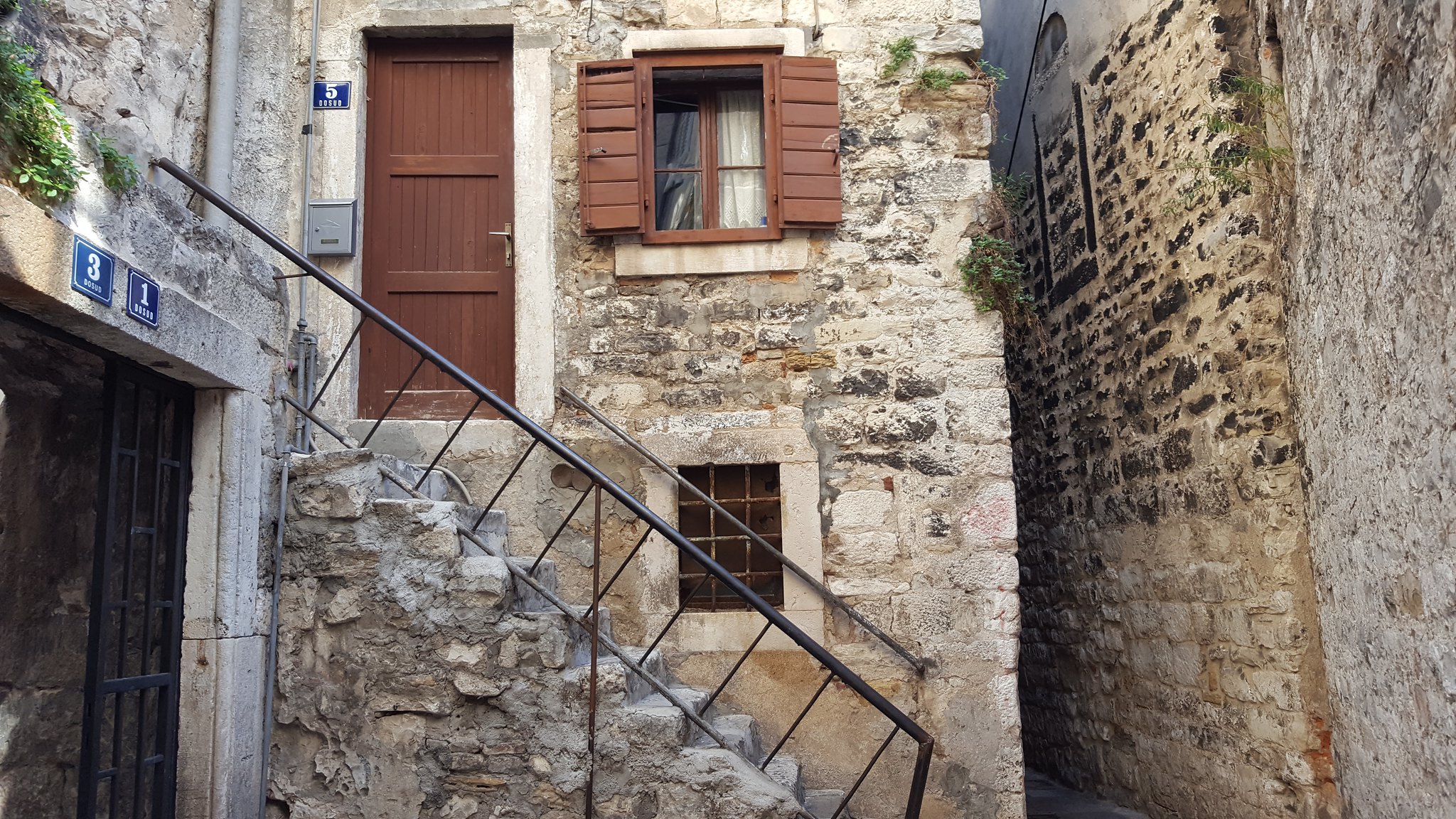 In some parts of the palace, you can’t even tell it’s a colossal Roman construction anymore. This looks like a tiny village, not part of a fortress. 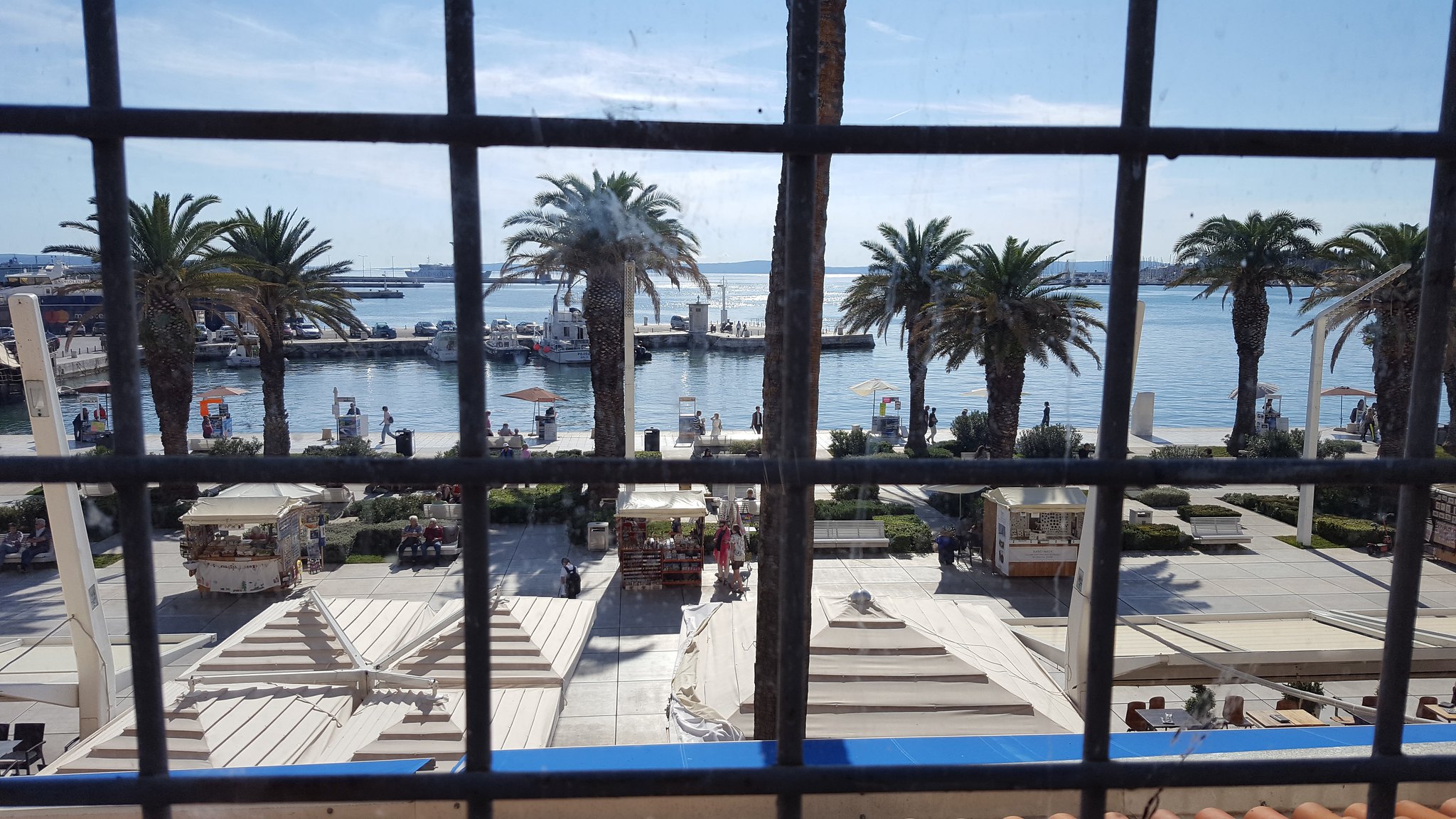 From some parts of the palace you can see the water. This is the view from a restaurant we ate at, and the food was just as fantastic. We’re not even sure how we got there! 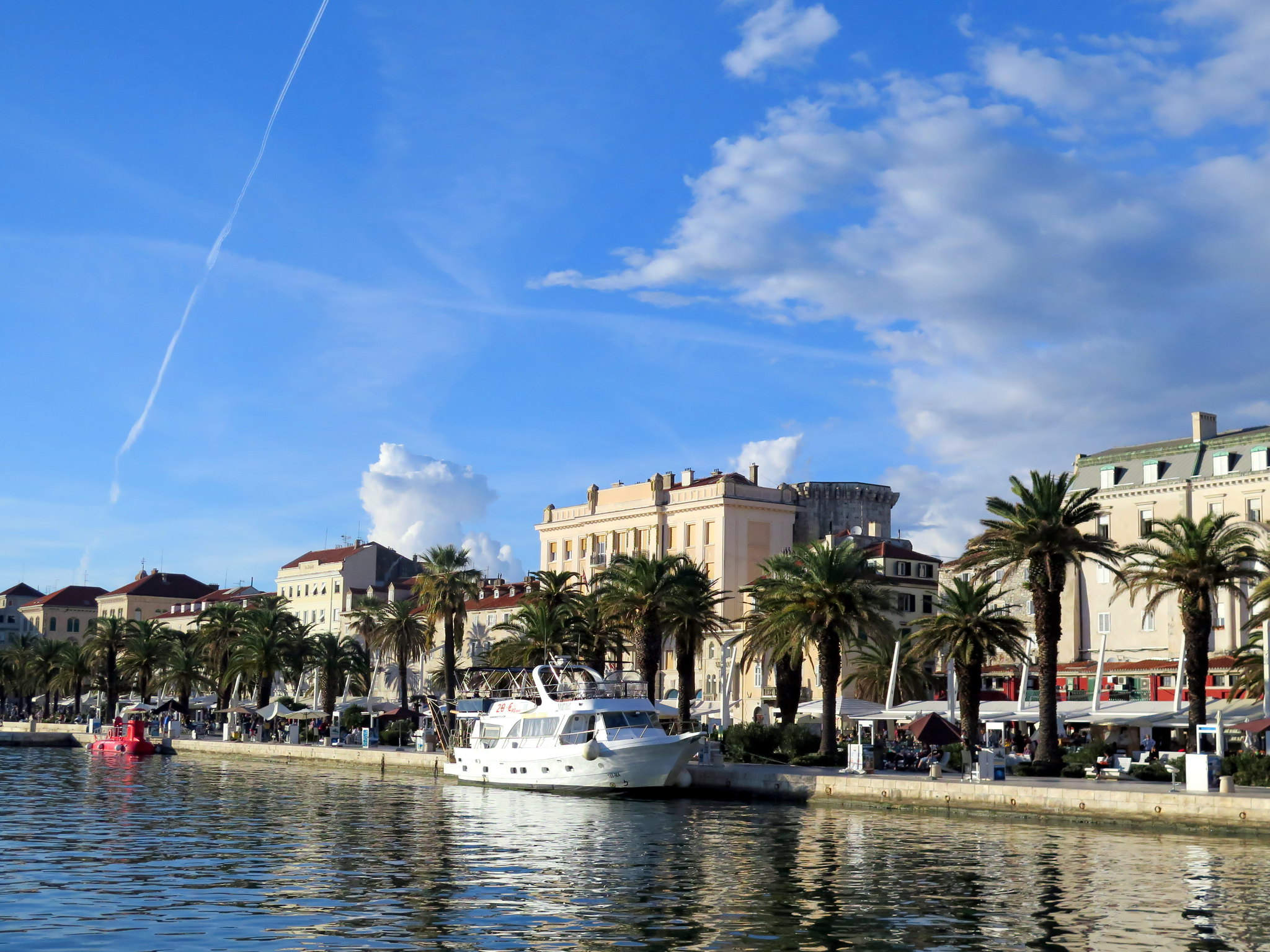 Next time : sights from outside the palace!