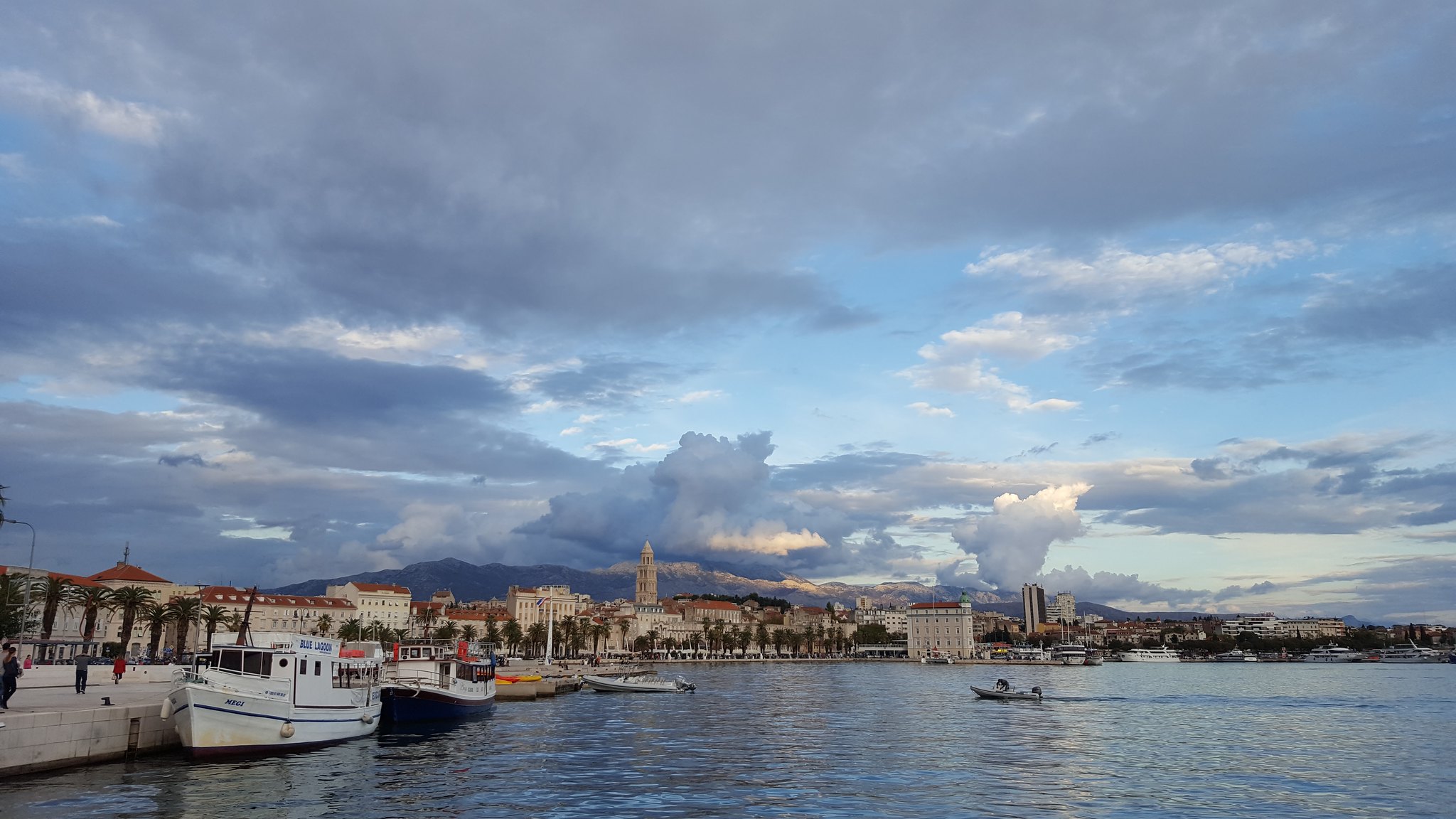 Outside of the castle, the most visible aspect of Split is the harbor. There are promenades and paths that run along the water, and a short hike that heads up to the top of Marjan hill, a park on the west side of the old town. There is only one caveat to the beauty of the harbor. It smells. It’s a strong, unpleasant smell, and it’s present all along the old-town promenade. It fades pretty quickly away from the central promenade, and once inside the castle, up on the hill, or even just around to the other side of the harbor, there is no more smell. 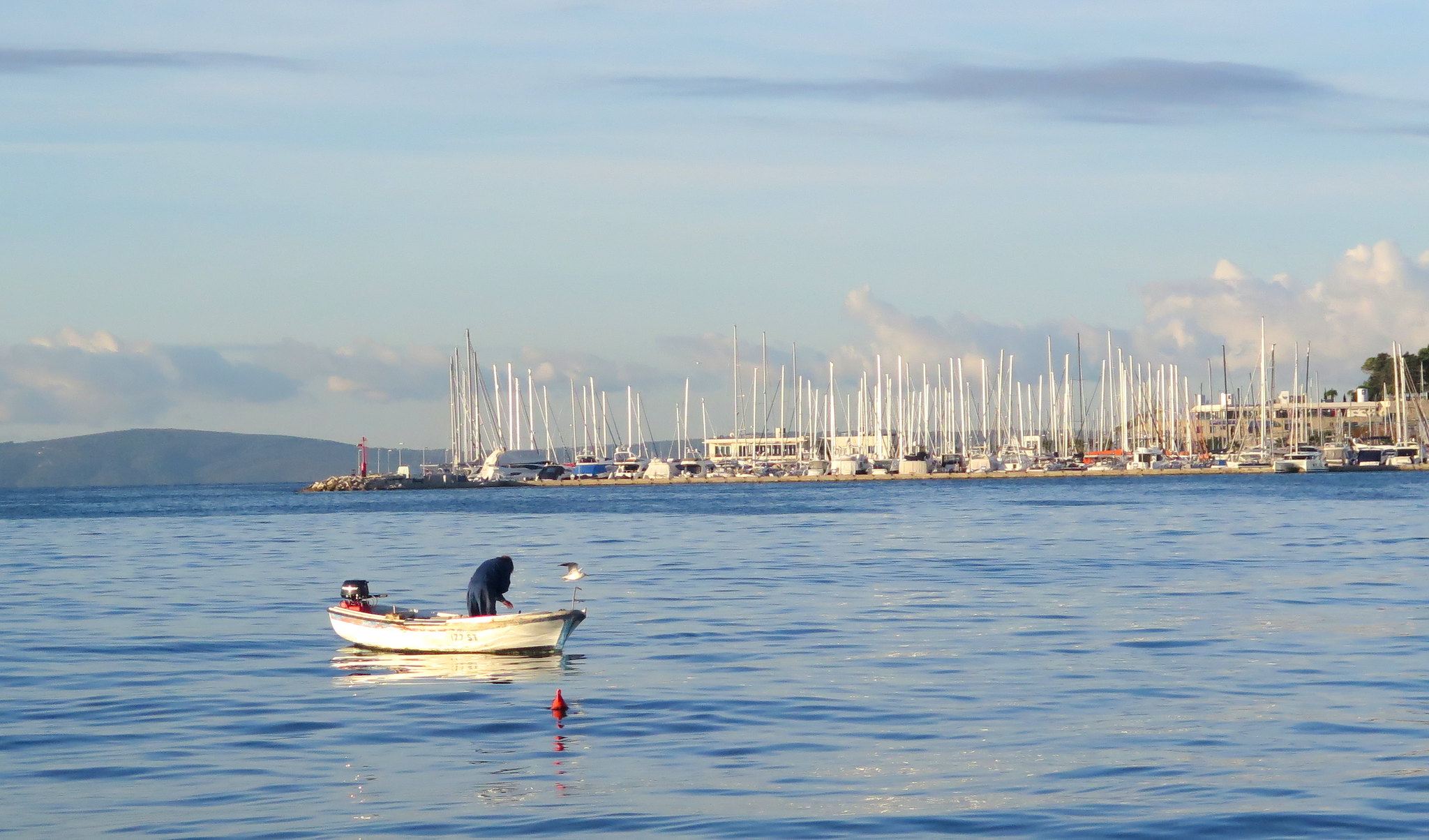 It doesn’t matter if you’re in a rowboat, a sailboat, or a cruiseliner – everyone shares the water. 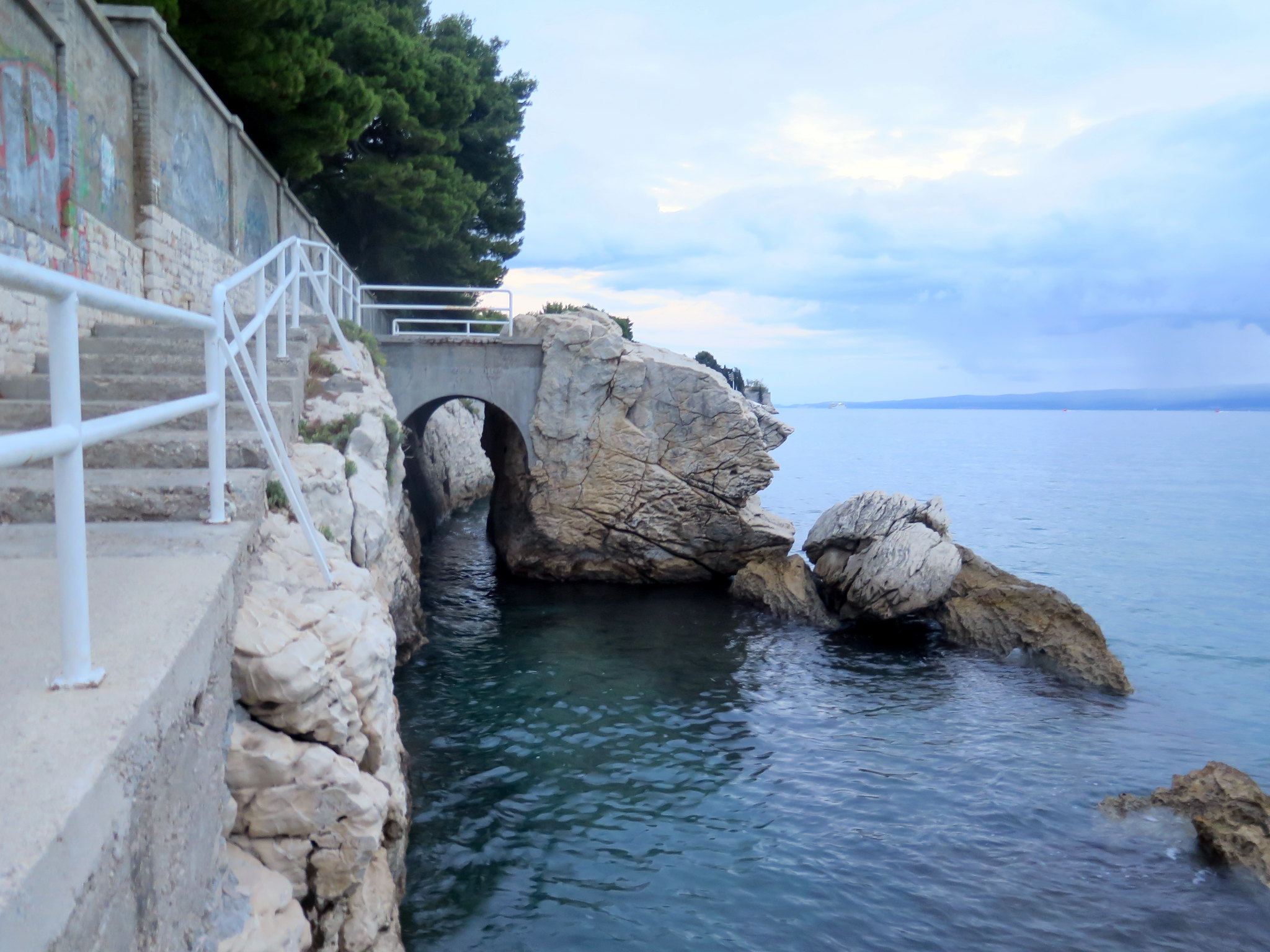 One evening we walked out along the water to the west. We thought there might be a way up into the park, but there wasn’t really. 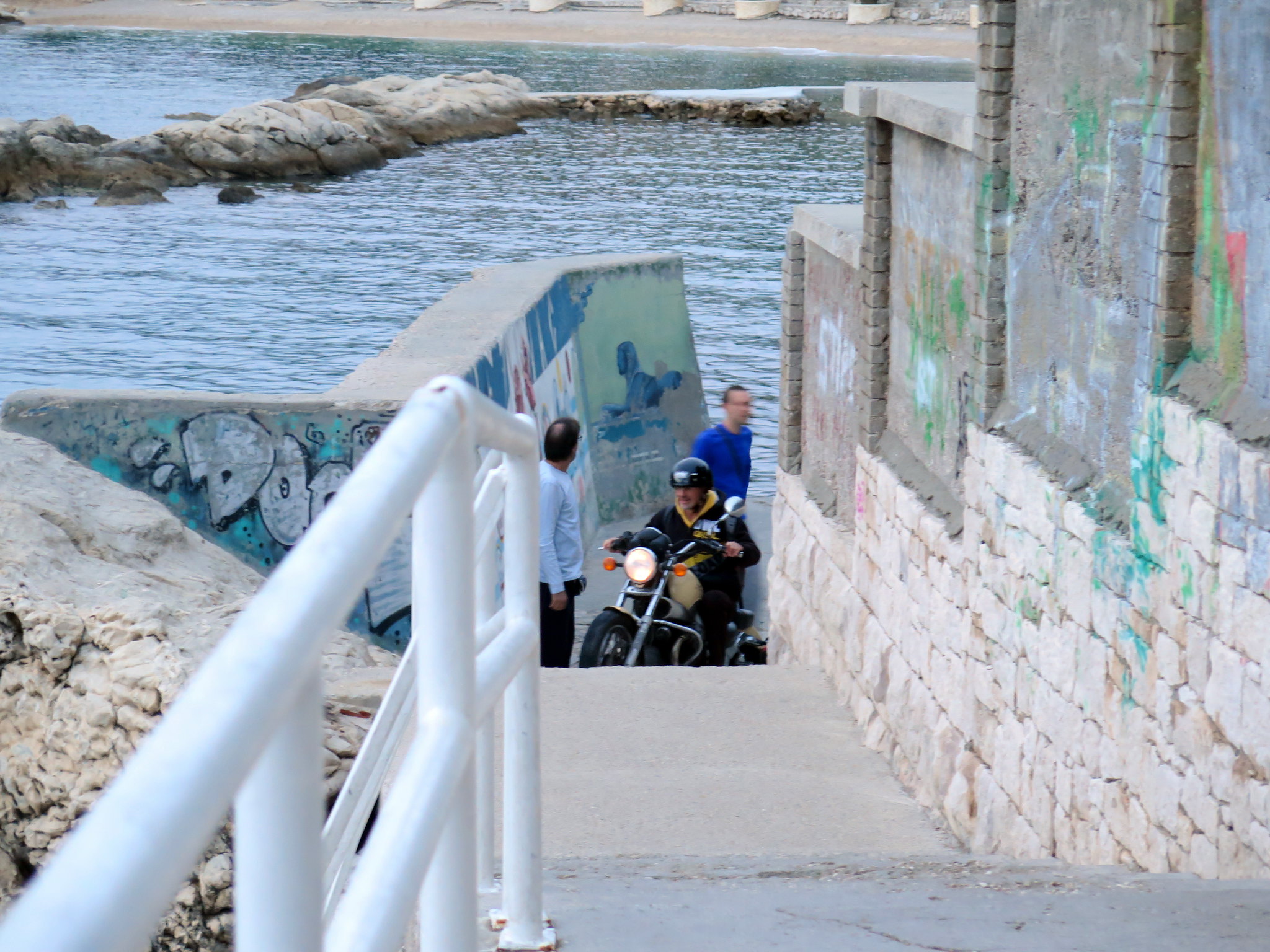 We had gotten fairly far down the way, when this man with a motorcycle tried climbing up the stairs towards us. He was pretty experienced at riding up stairs apparently, but this last bit was too much. 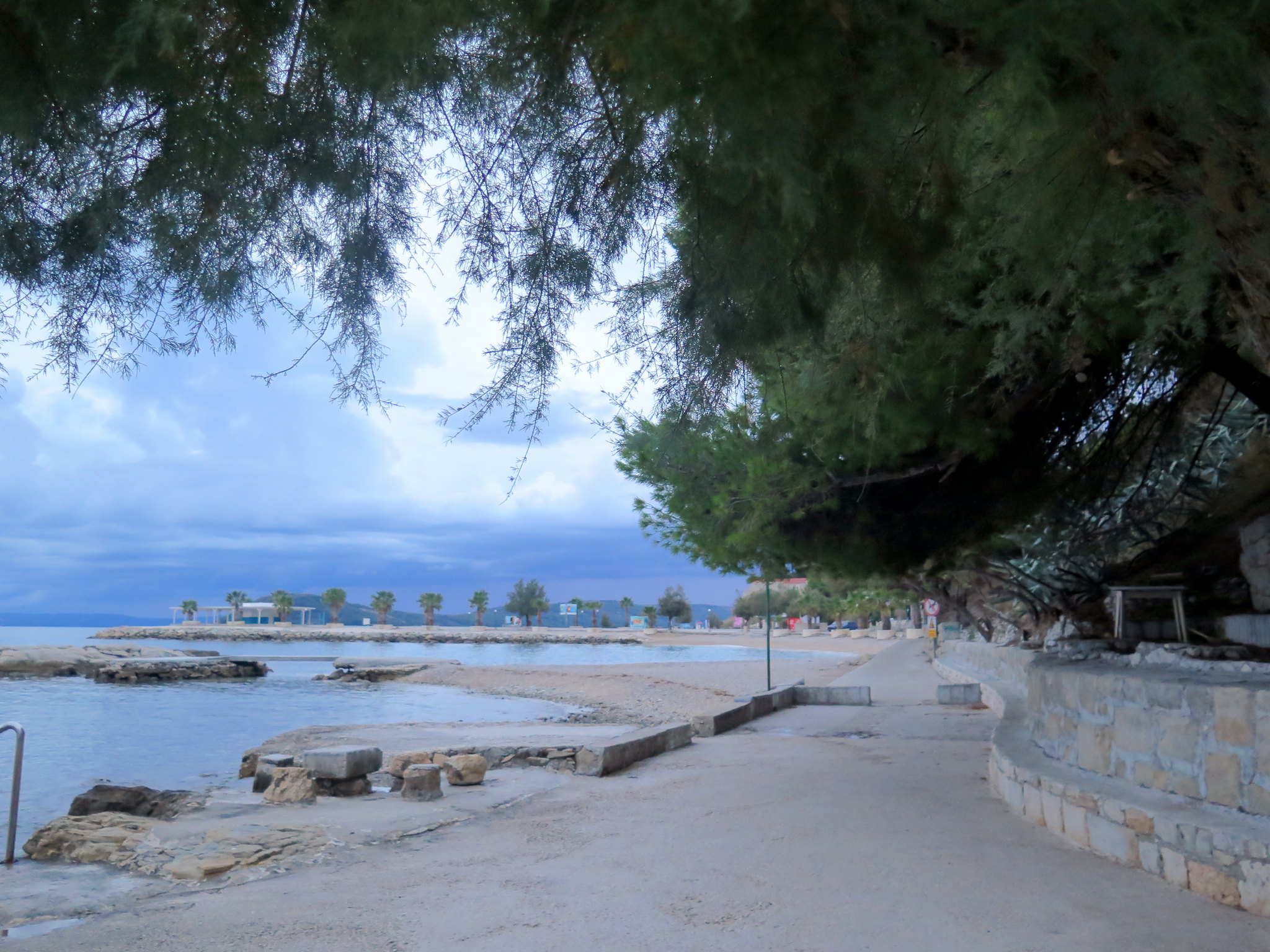 Why was he trying to ride up the stairs? Up a ways ahead, we were told to stop. Police had cordoned off the area up ahead due to reports of a potentially dangerous man running around. We decided it was probably a good idea to turn around too. 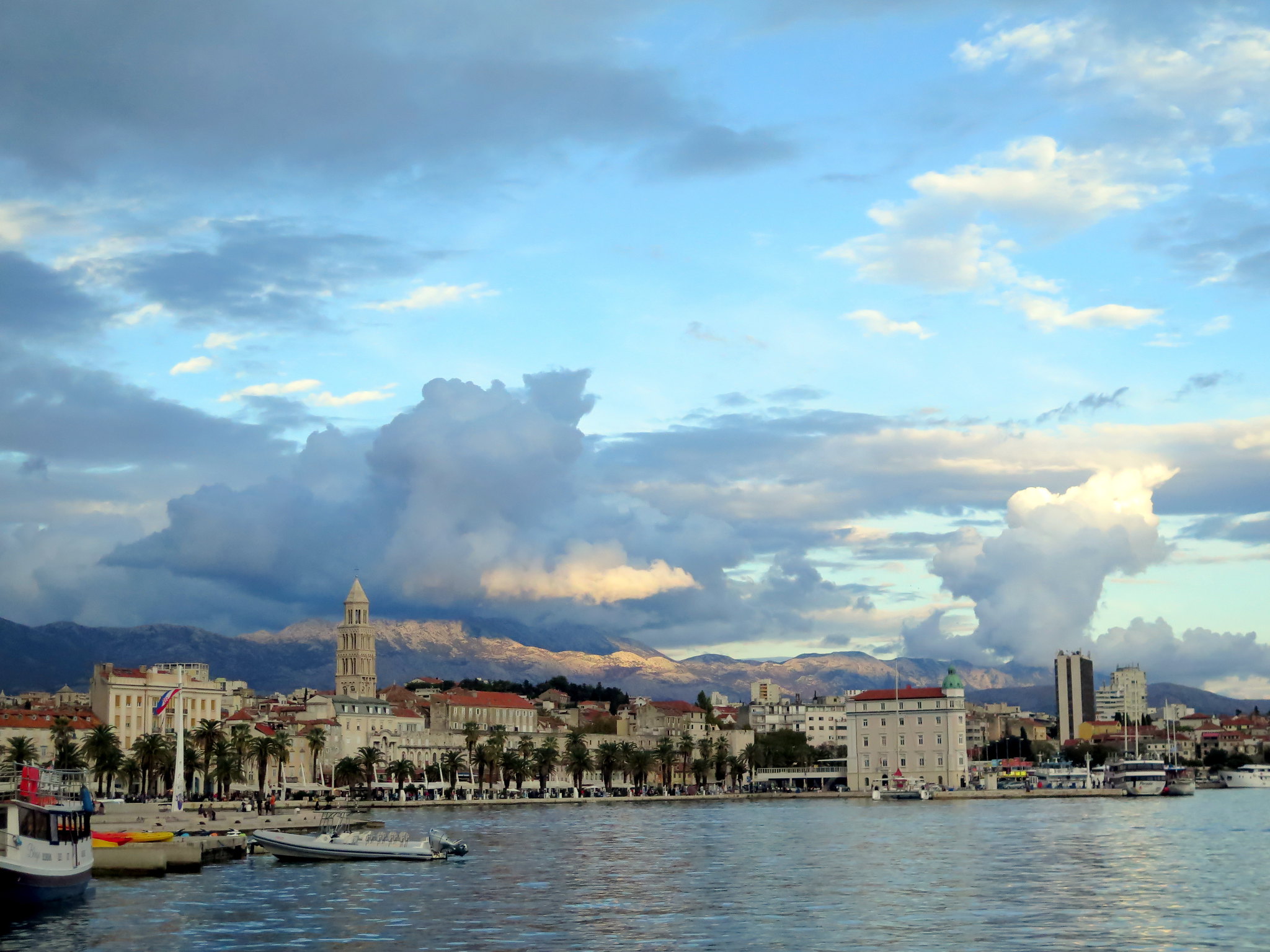 The way back offered some of the best views of the old city. It’s really hard to beat the skies of Split. 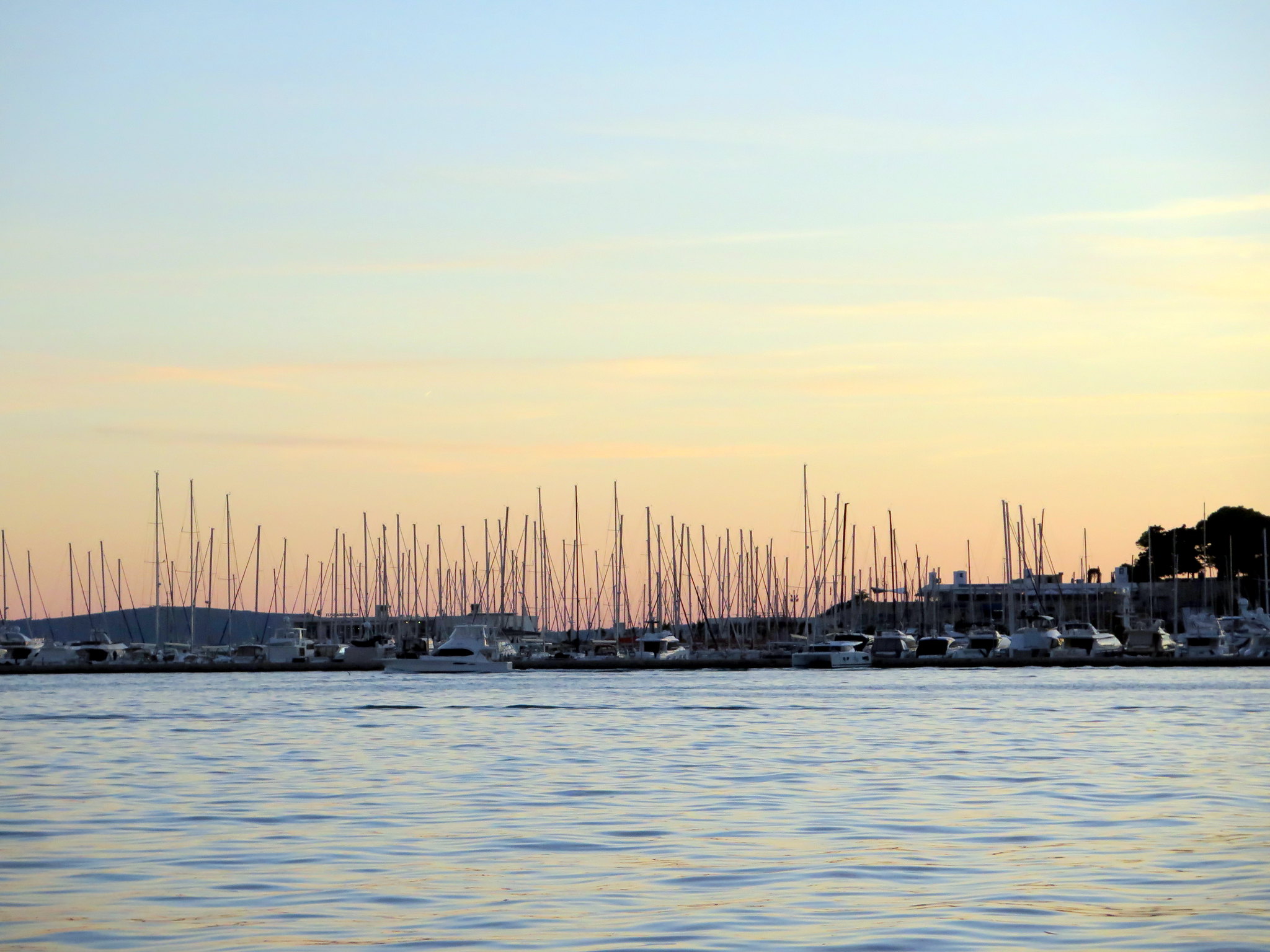 Sunset continued as we walked around and watched the water. 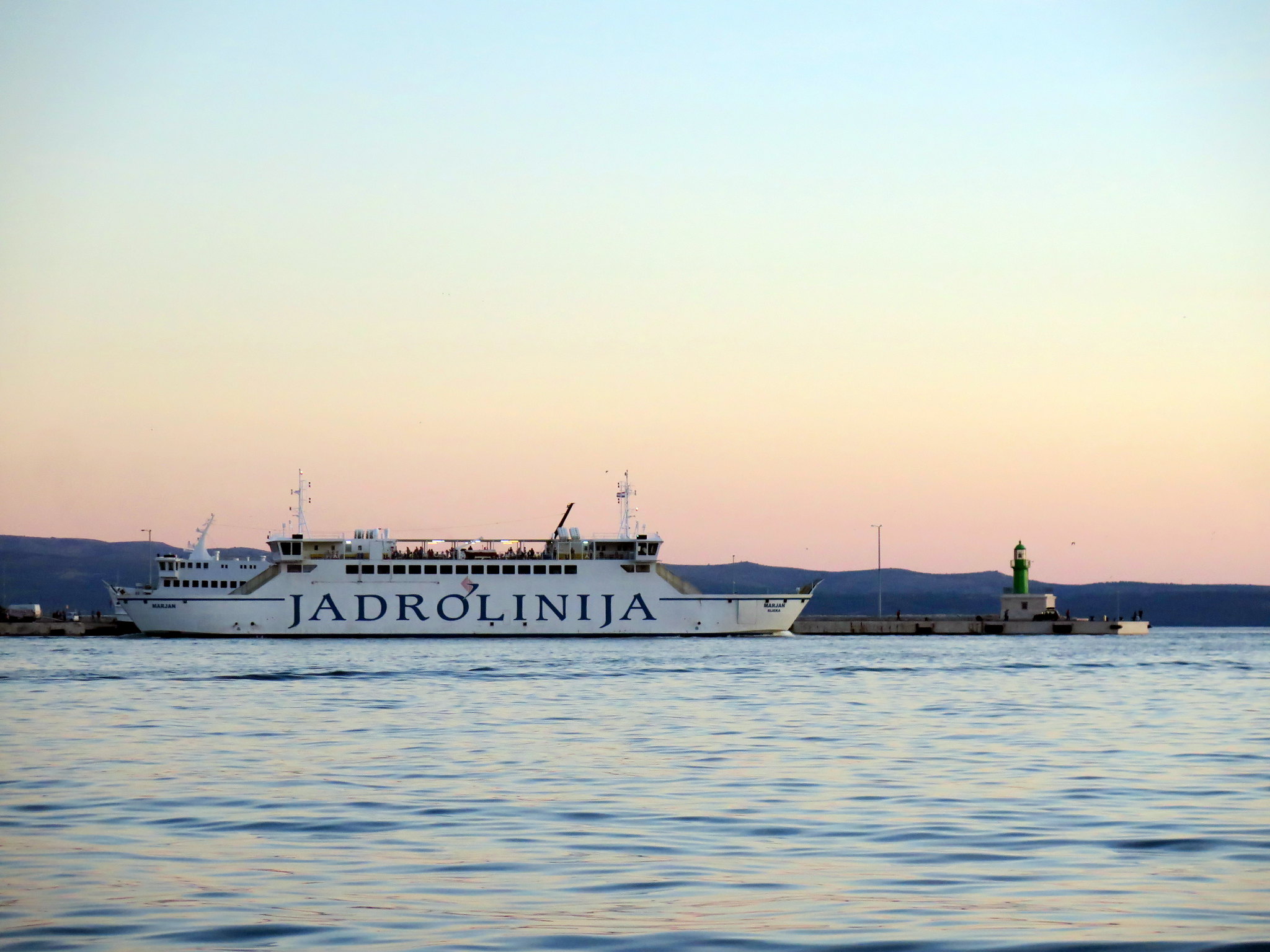 One of the massive Jadrolinia ships went by. They’re the main ferry between Italy and Croatia, and also between split and the nearby Brac Island. 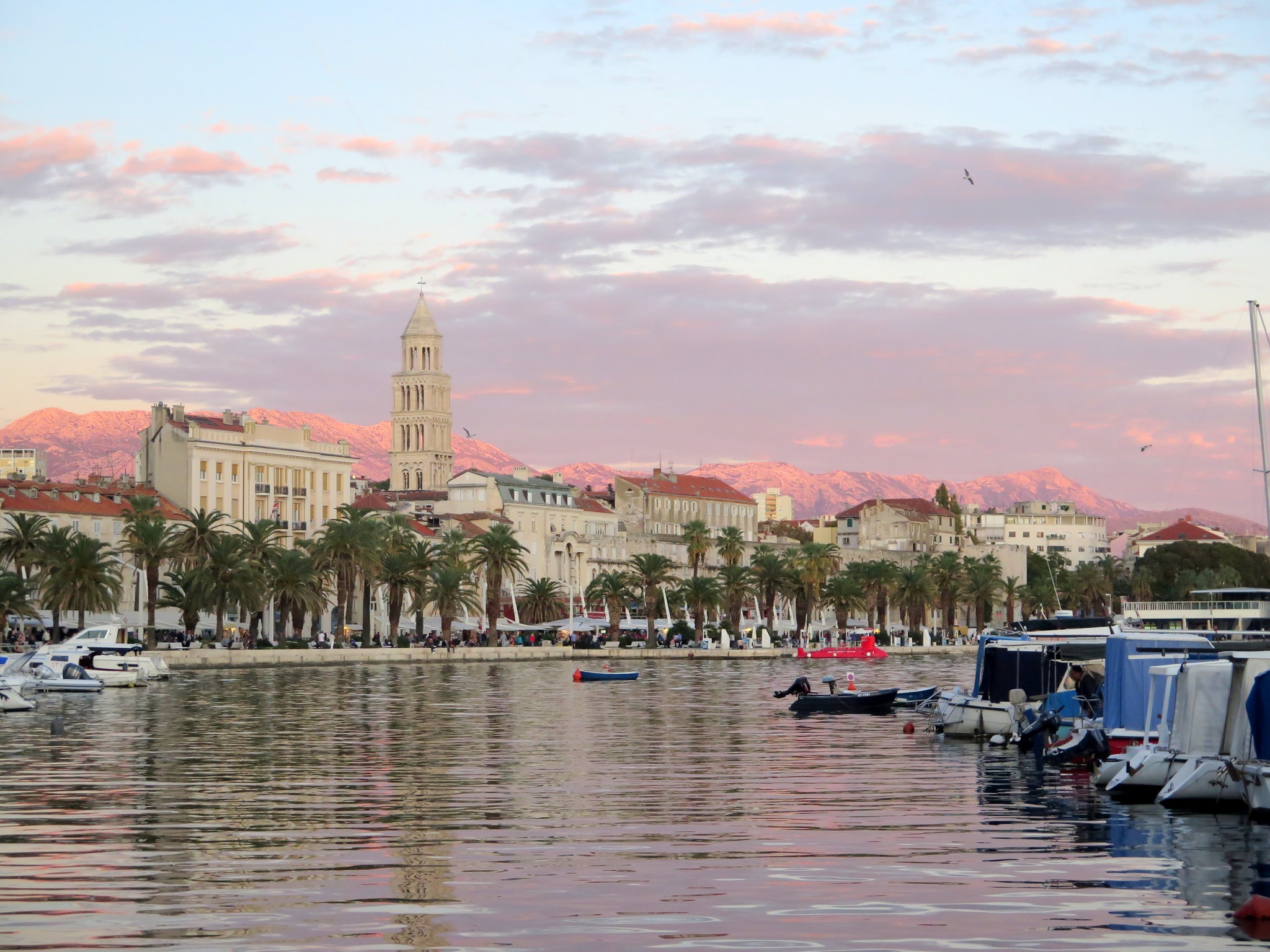 There came a point during sunset when the clouds cleared and the mountains behind Split lit up. Split truly is a beautiful location. 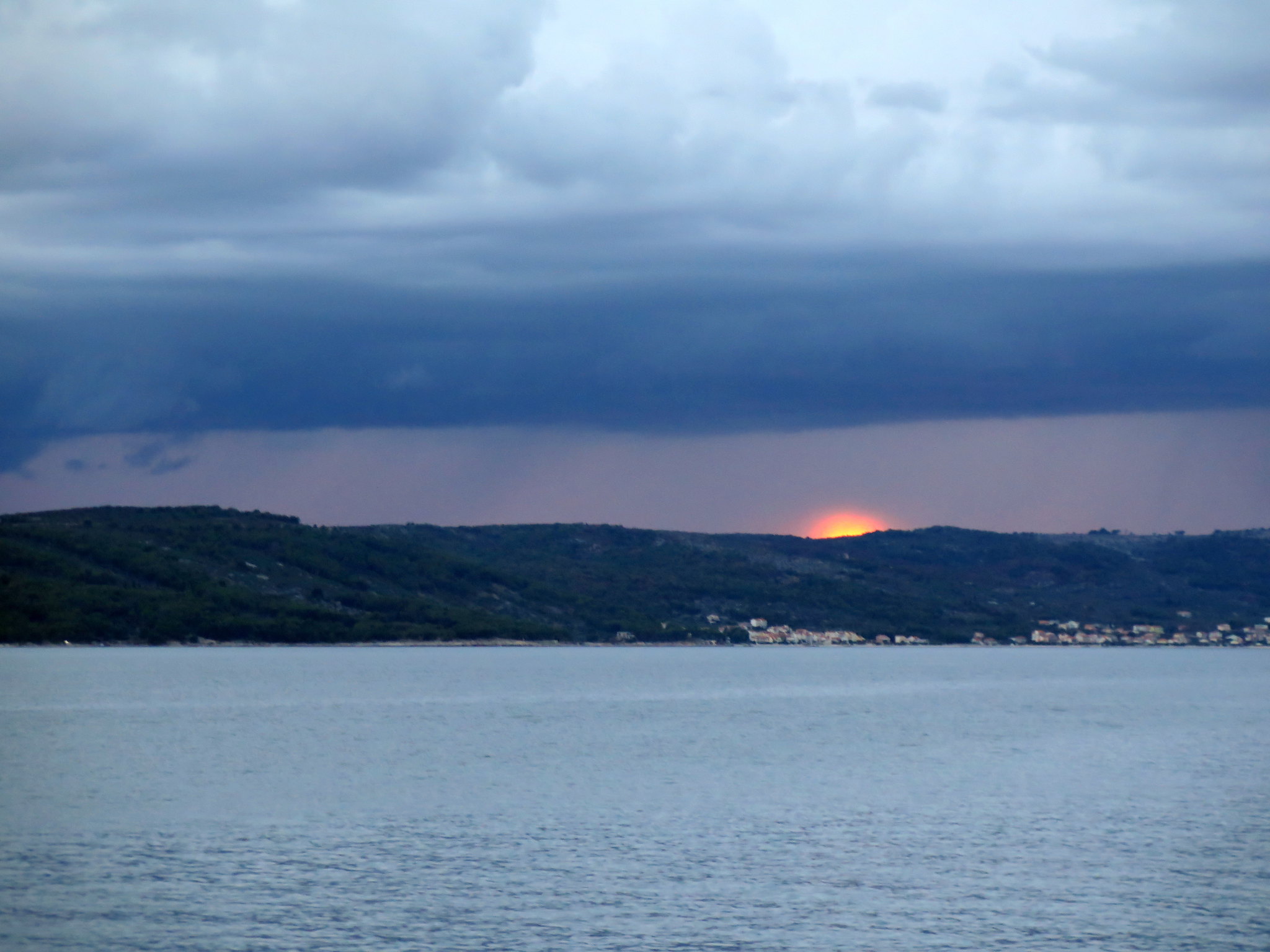 The next day we decided to actually hike the hill. 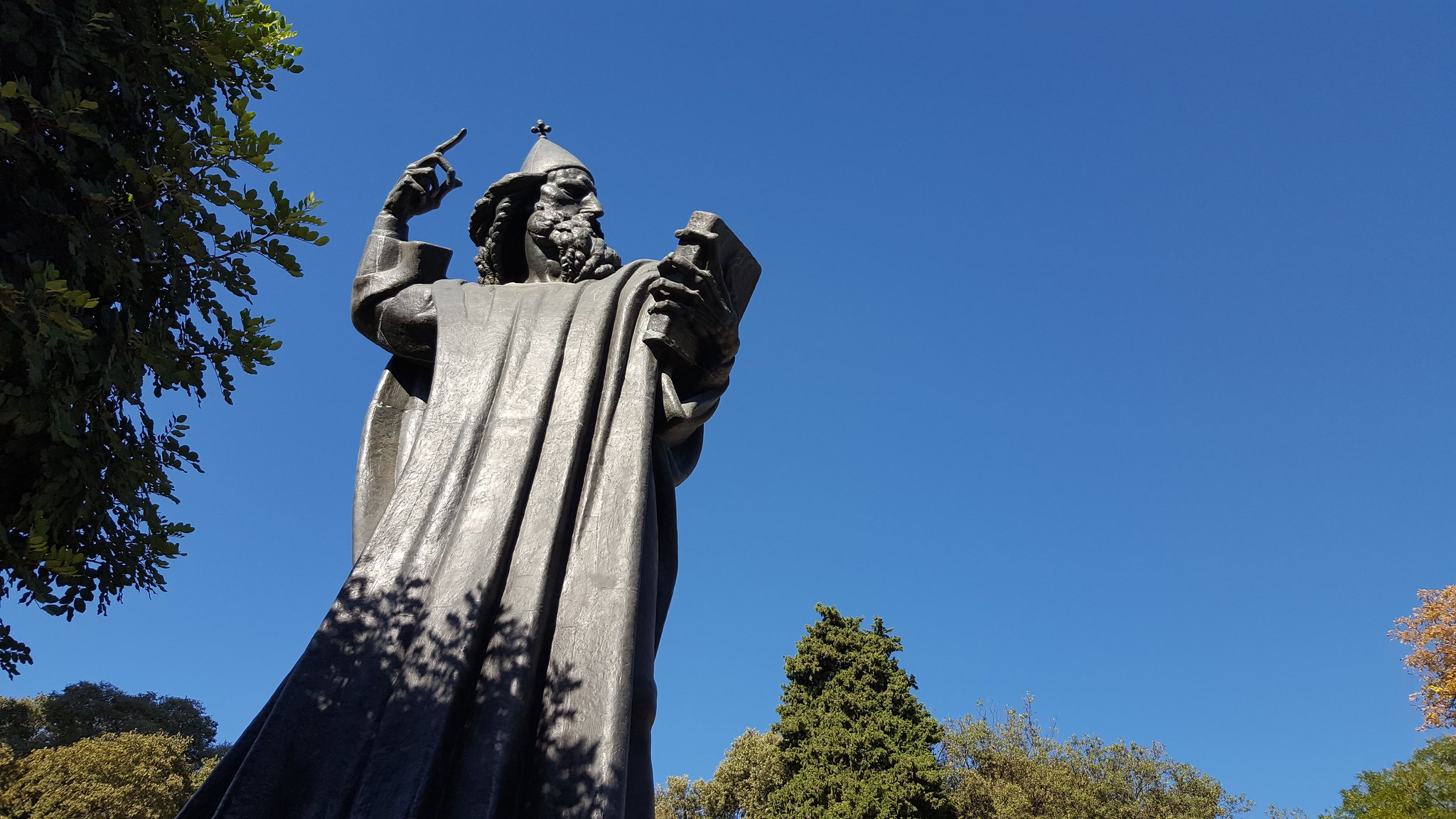 We got a little lost and found this very cool statue on the north side of the castle. 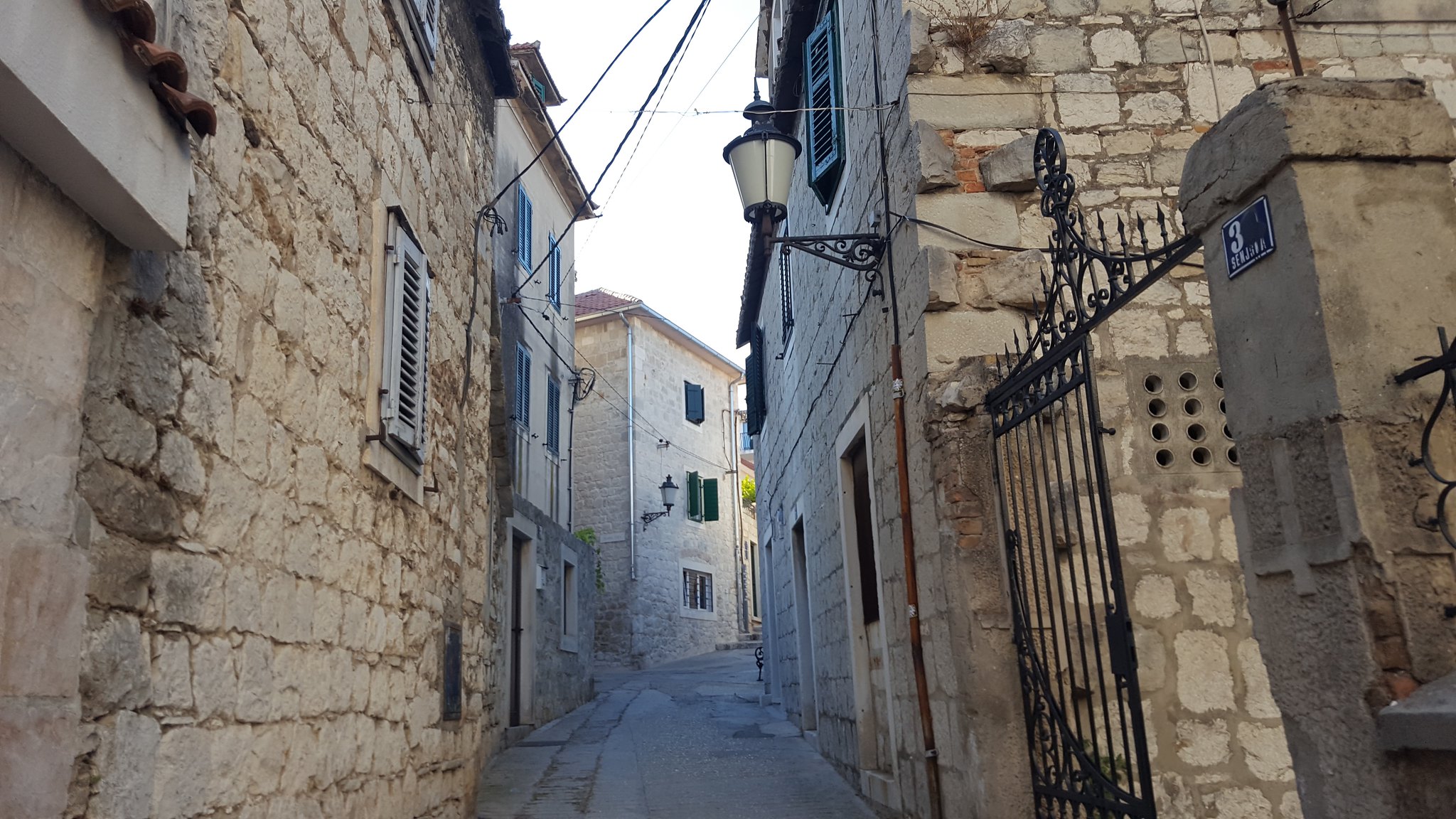 Eventually we found our way west and headed up into the hill. It starts out as a fairly narrow path but it gets pretty broad up ahead. 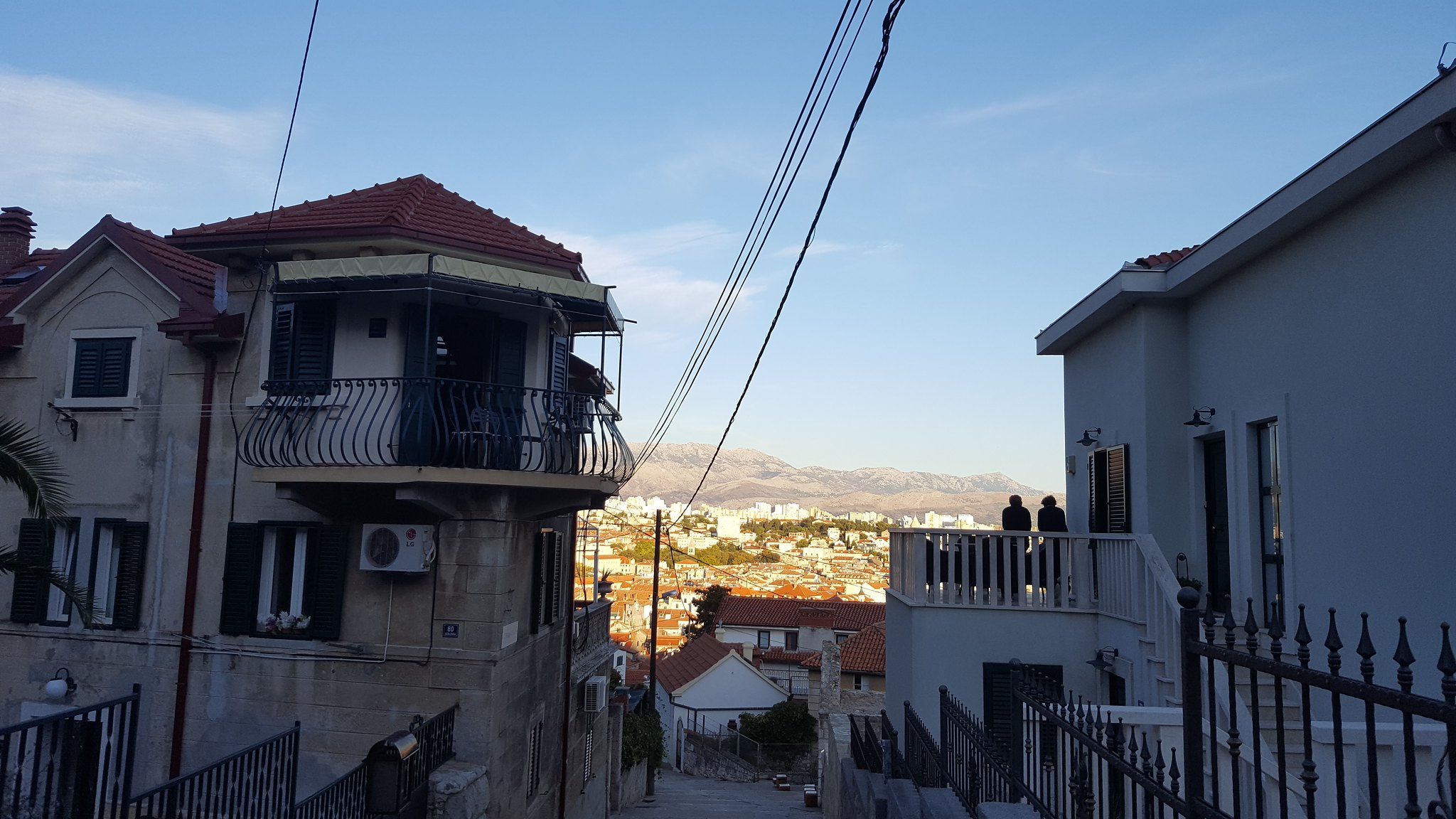 For a large part of the way there are steps that are wide enough to be a street. The houses here are pretty dense and well maintained. I can only imagine that it’s more expensive to live here than in other parts of the city. 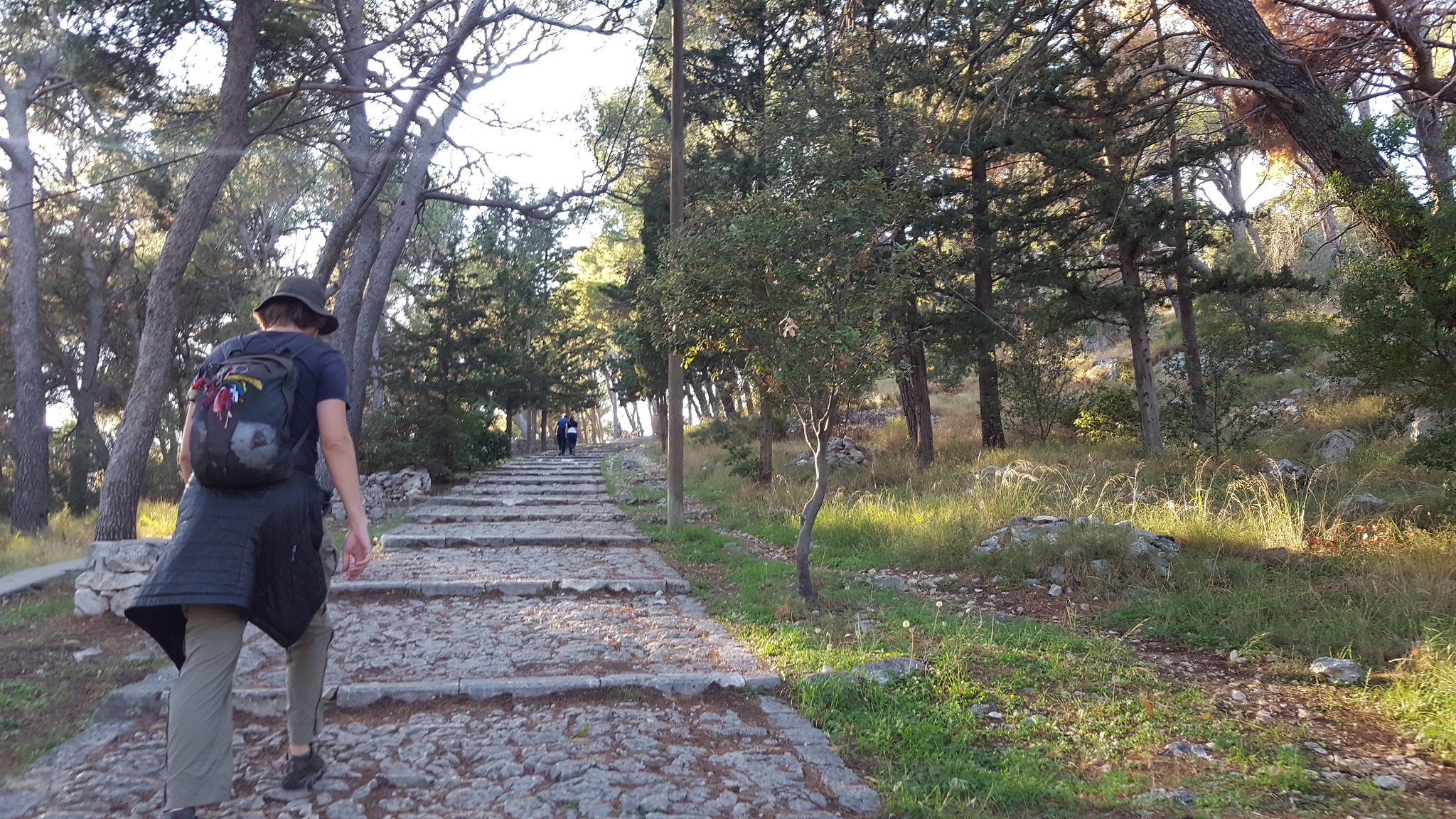 Eventually we hit the nature-trail portion of the hill. As is traditional in many cities, the local hill is a favorite for kids, families, and pretty much everyone else, to get some exercise and be in nature for a while. 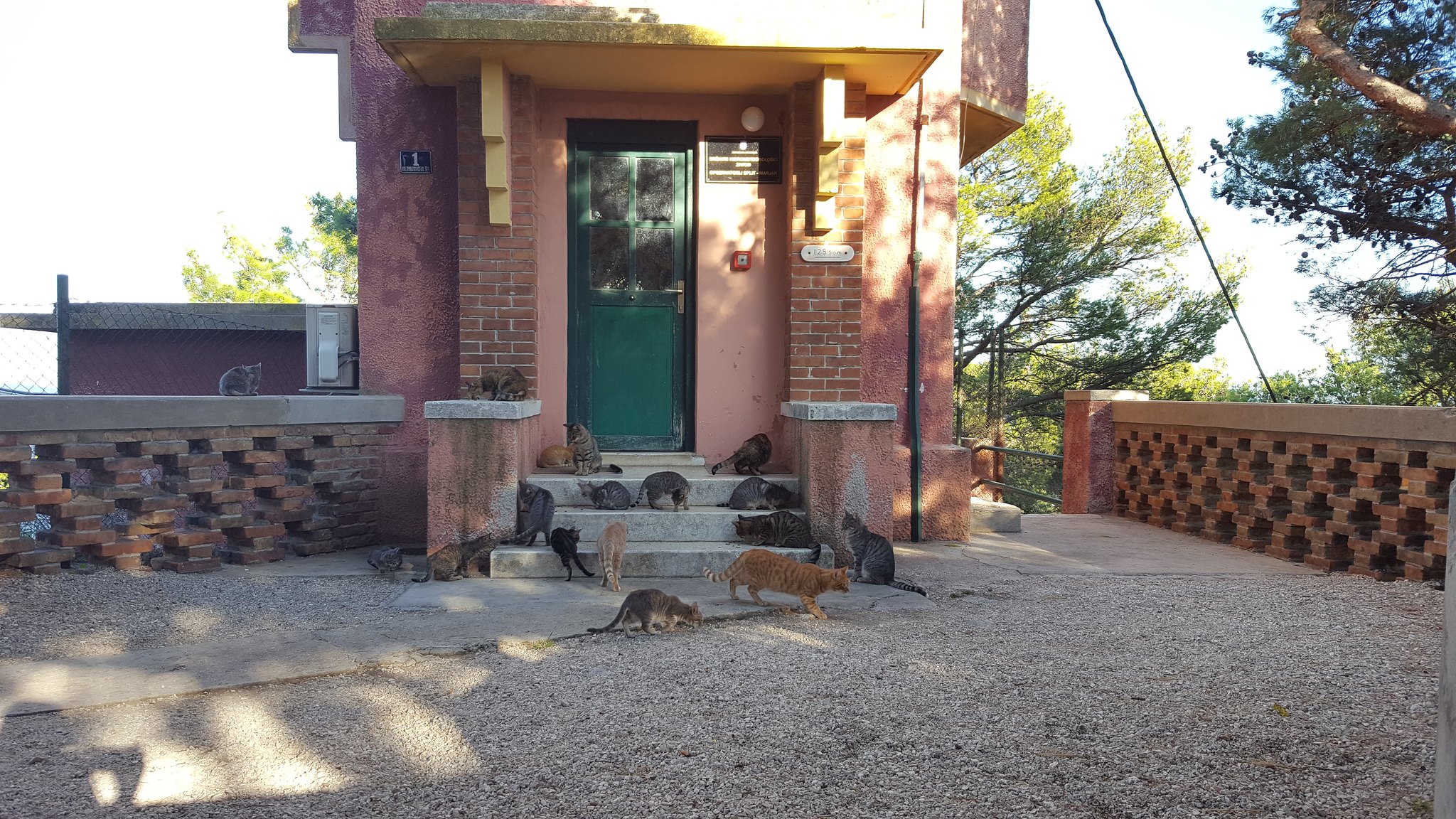 The path forks and winds a bit, but the main trail is pretty easy to tell apart. We got up most of the way and took a break near an unusually large collection of cats. 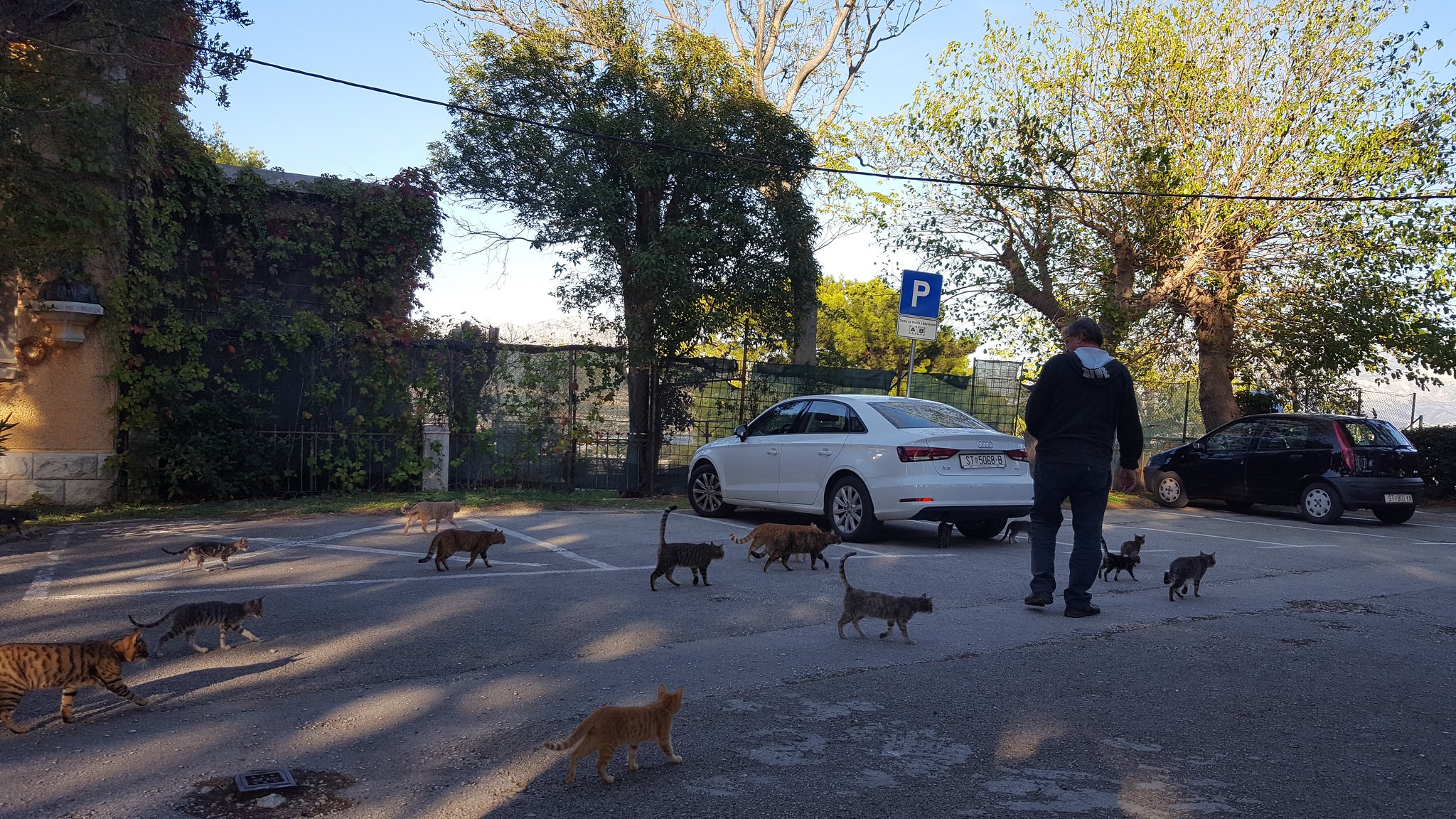 Then this man arrived, and the cats got up in a hurry. What’s the secret? He feeds them from his house nearby, probably every day. Truly herding cats. 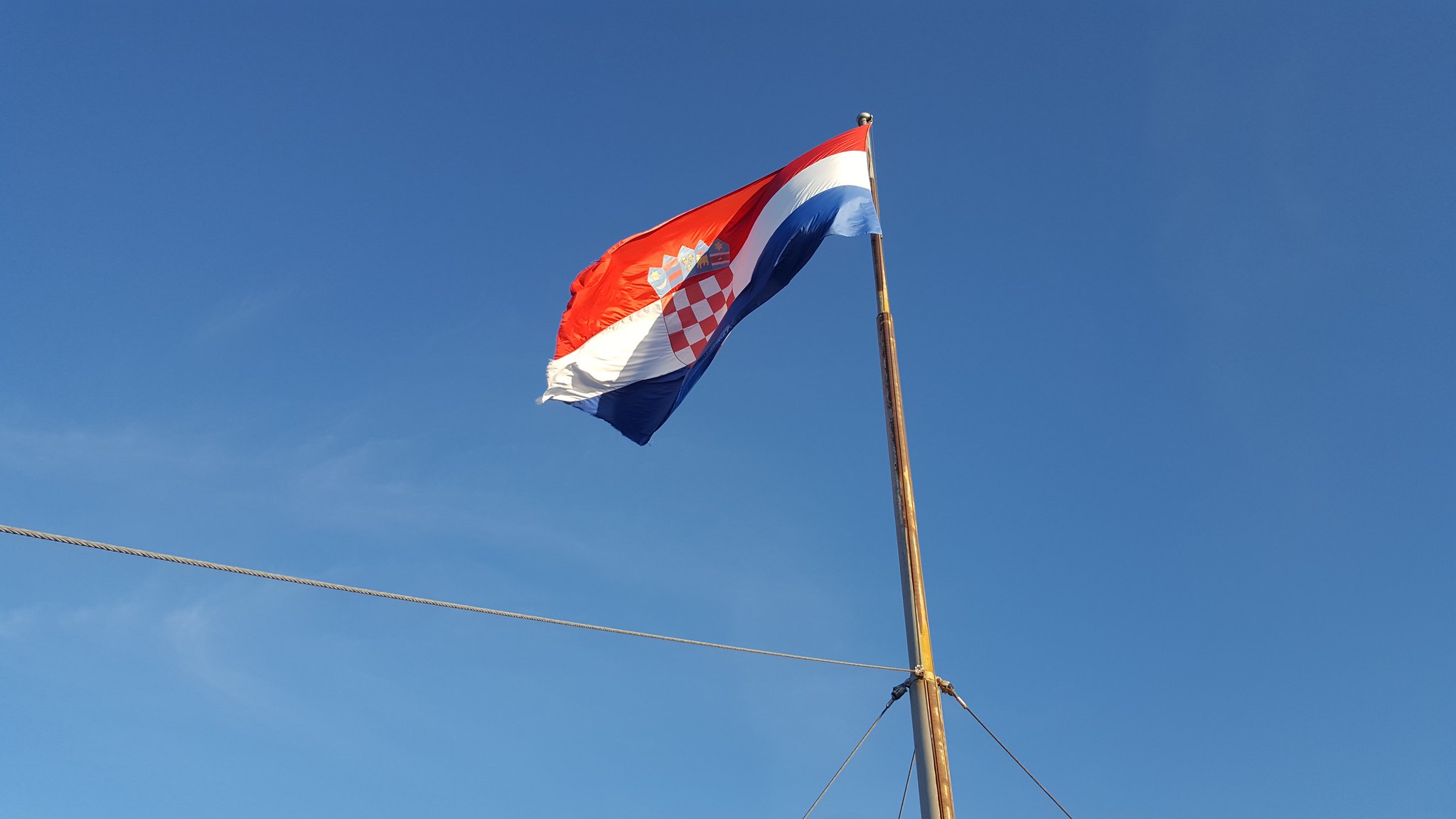 As with any good high point near a city, this one has an oversized flag. Not nearly as large as the ones in South America – like Arica or Cartagena – but still large enough. 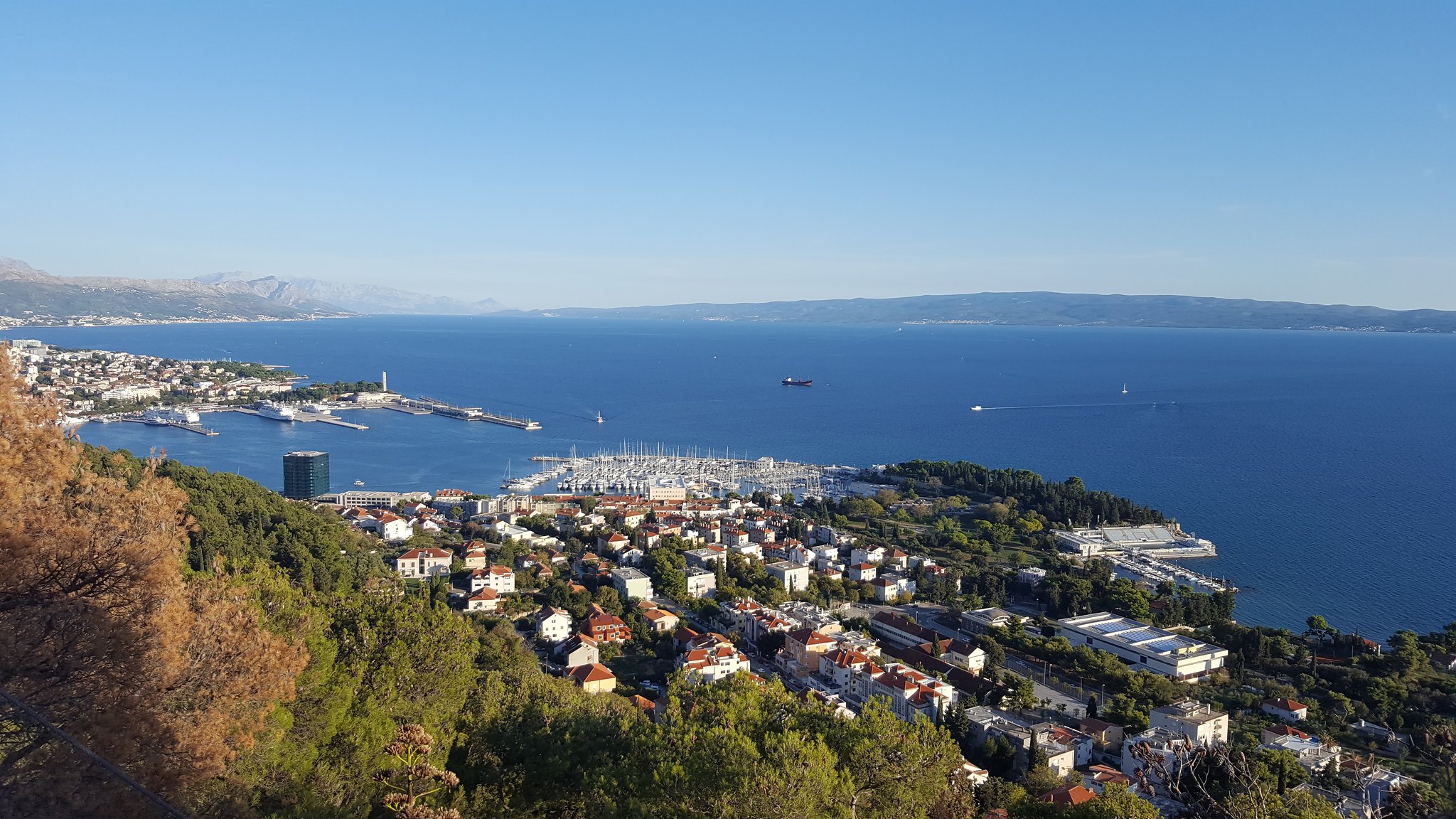 From the top you can’t really see Split proper, instead the western arm of the harbor and the neighborhood beneath the park are visible.

Facing sunset and a chilly wind, we headed back down. 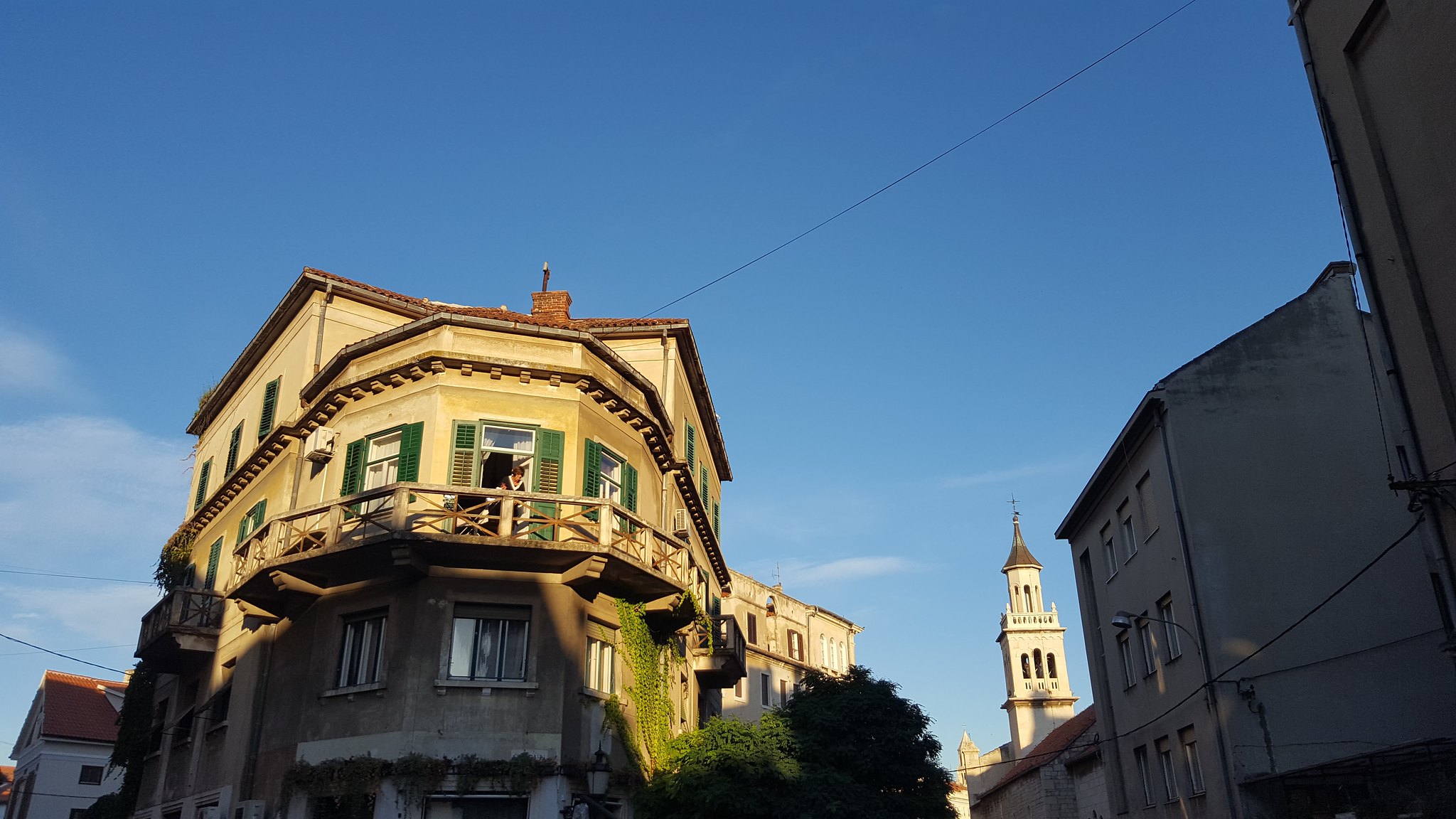