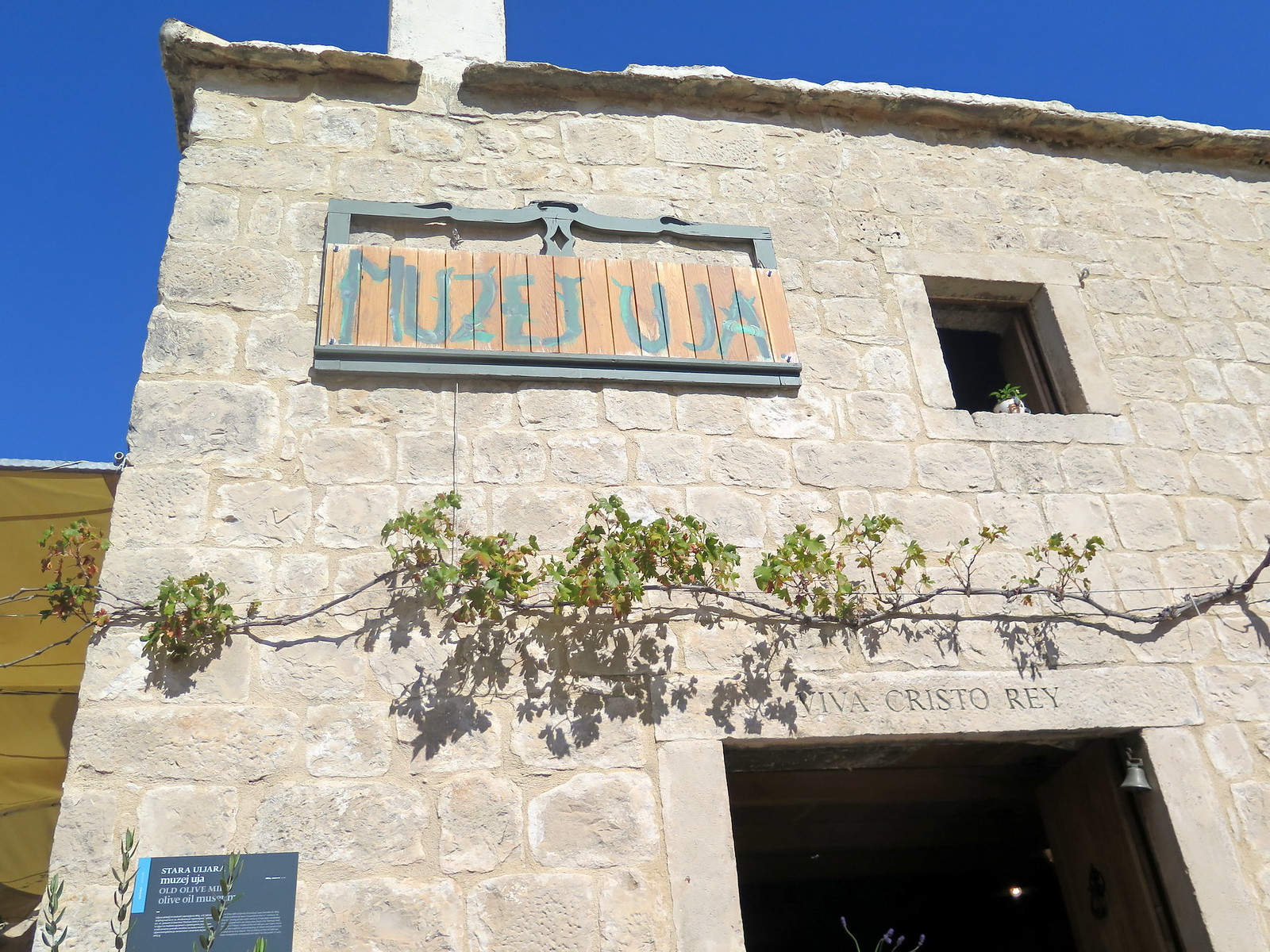 Half olive oil producer, half museum, Muzej Uja (Museum Uja) is in the outskirts of Skrip, itself south of Splitska. The towns here are tiny so ‘outskirts’ means a whole five minute’s drive. It’s been in town for a long, long time, and the man who runs it told us his great grandfather had started it. 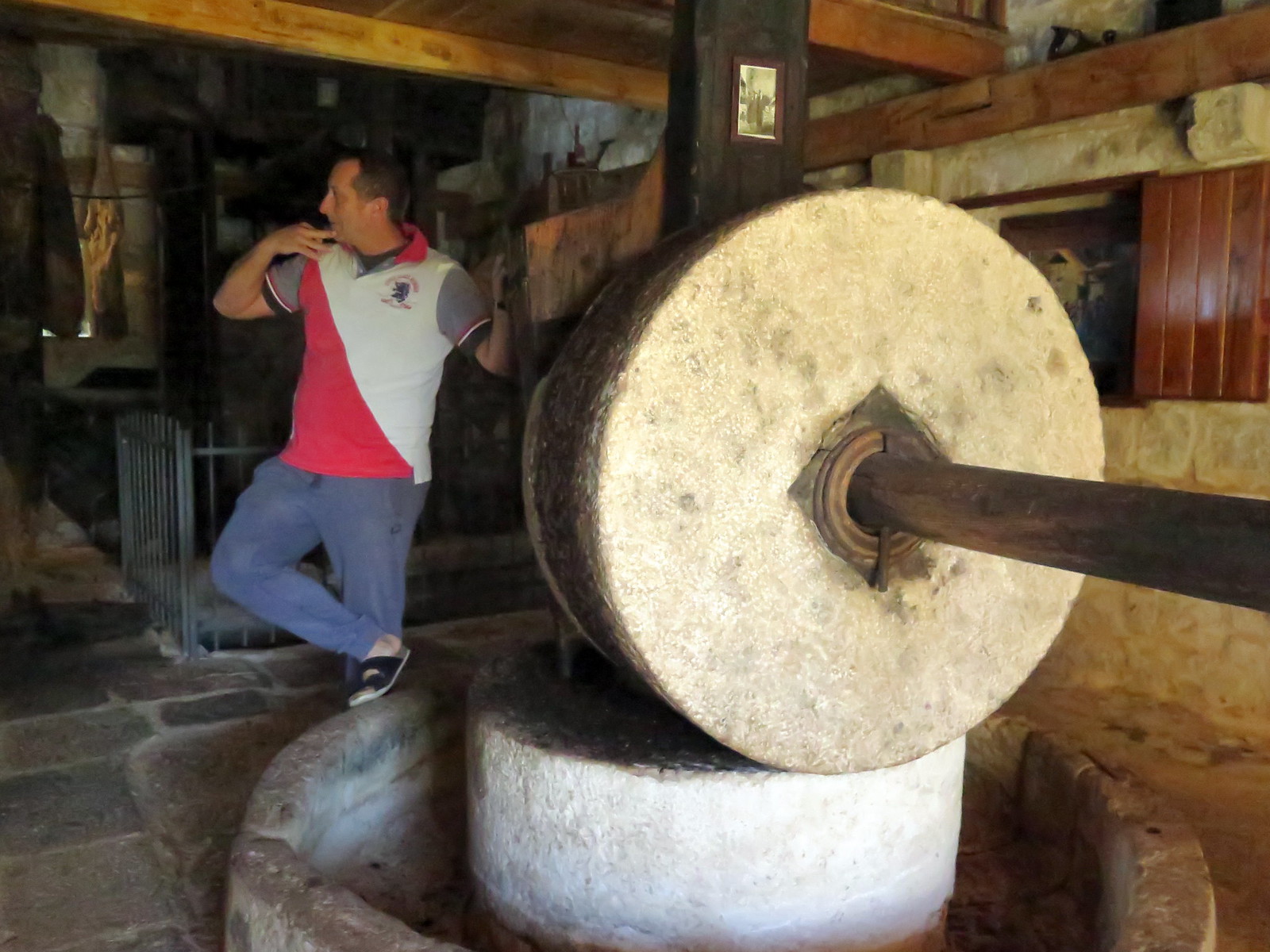 He spent some time showing us around, pointing out interesting bits and bobs. This is the main attraction of the museum, the old fashioned olive press. It’s pushed and pulled around over and over, squeezing the olives down into pulp and oil. 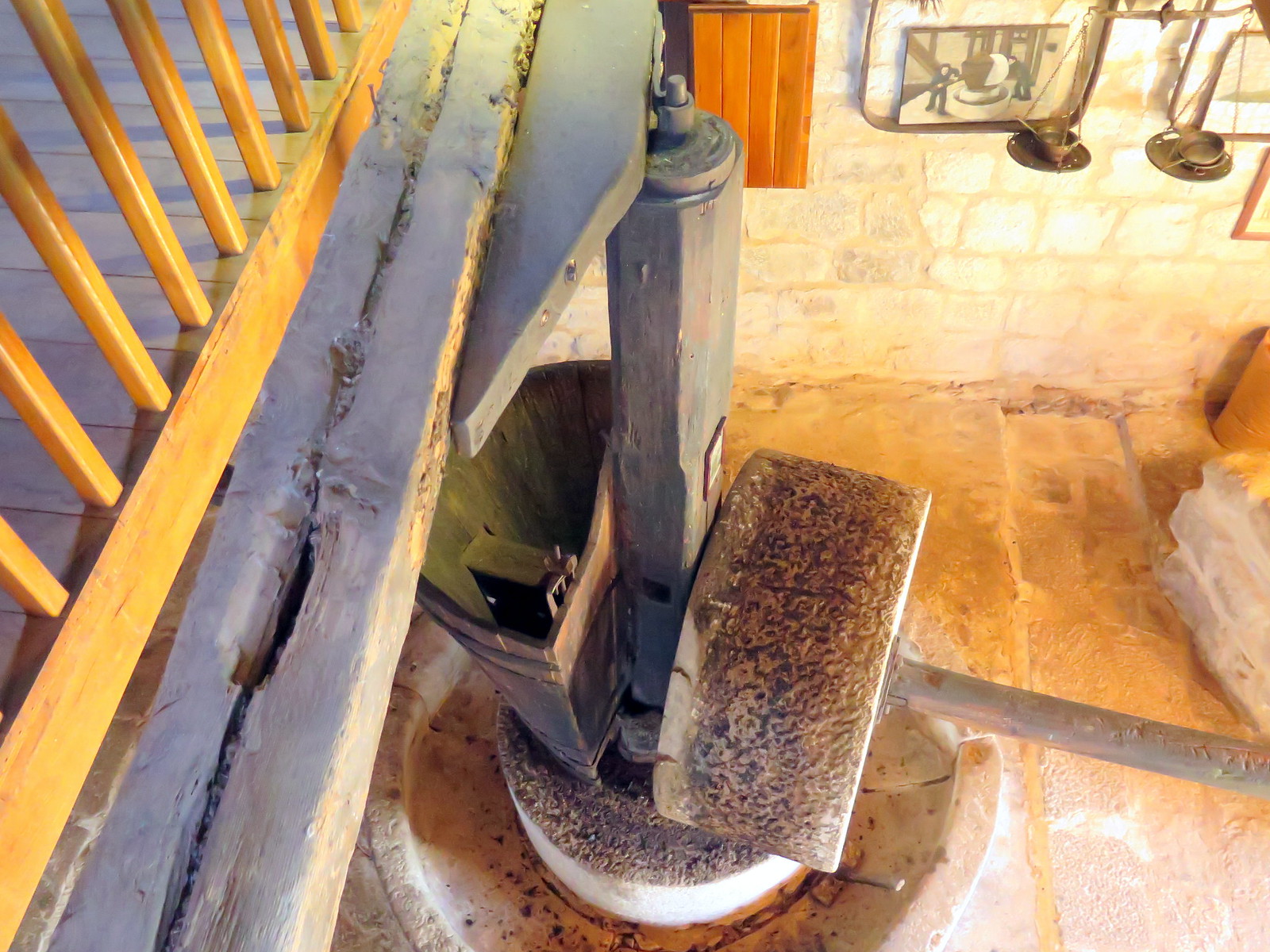 From above we got a great view of the massive stone slabs that it was made of. Quarried right here on the island no doubt. It was in use for almost 100 years, until the industrial revolution caught up in full with the oilery business and hydraulic presses replaced the old fashioned turn-wheel. 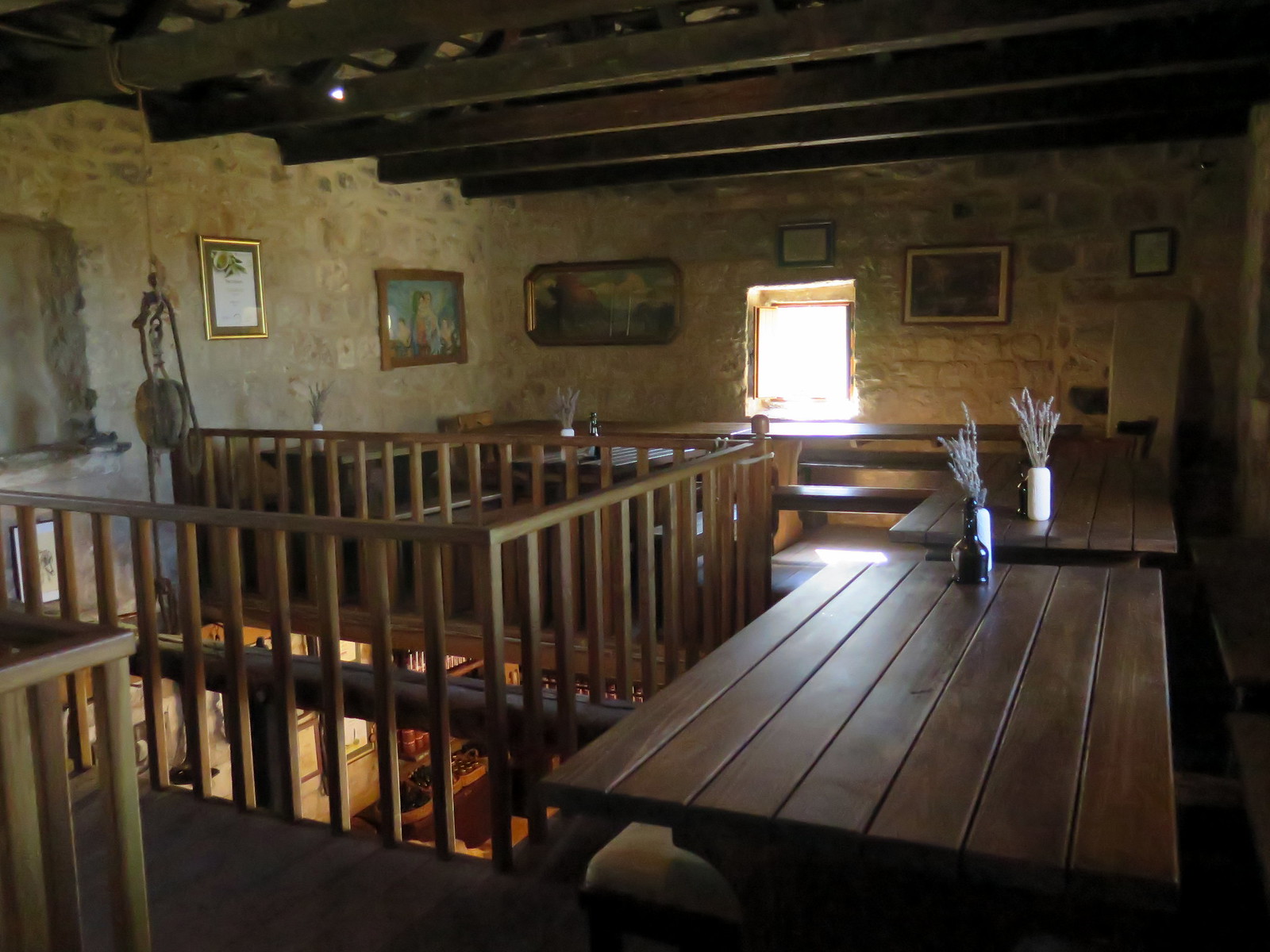 The upstairs of the museum used to be a residence, but they turned it into a sampling room. 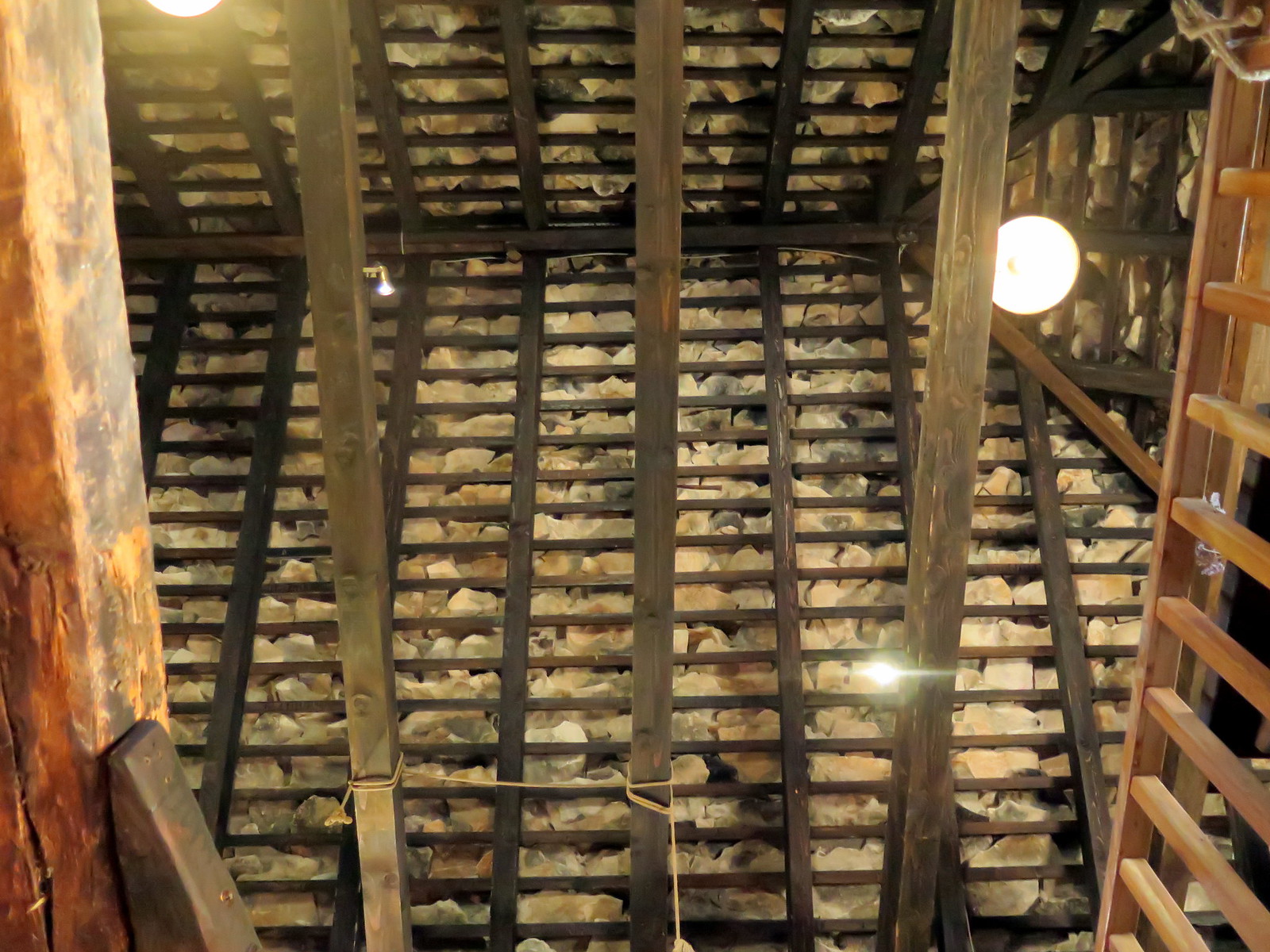 The interesting part here is the piled stone roof. Nothing holds it together except pressure and the skill of the craftsman who created it. The owner told us it took forever to find someone skilled enough to repair the roof when it broke, and he thinks soon enough no one around will know how to. 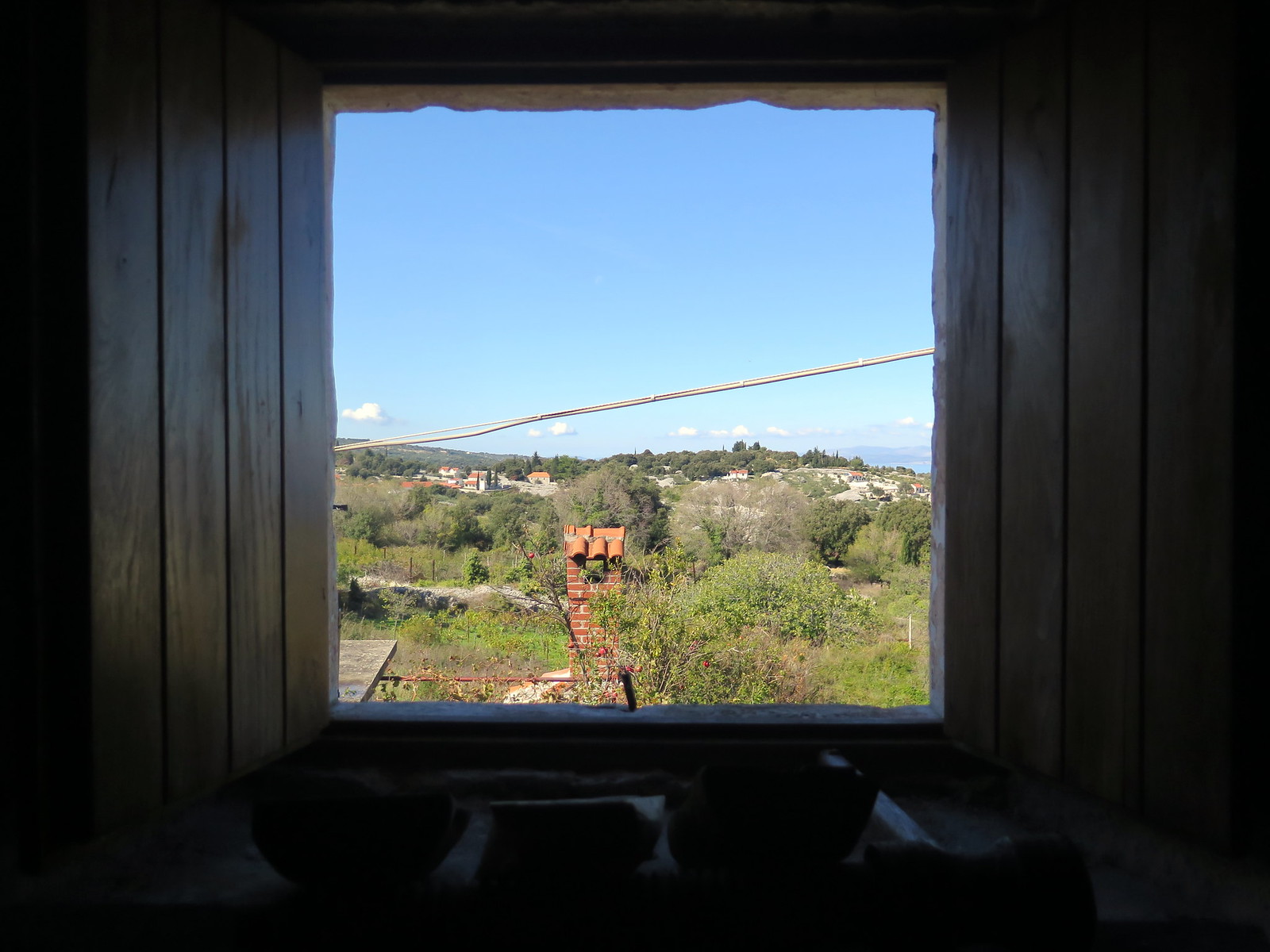 The view from up here is pretty fantastic too! 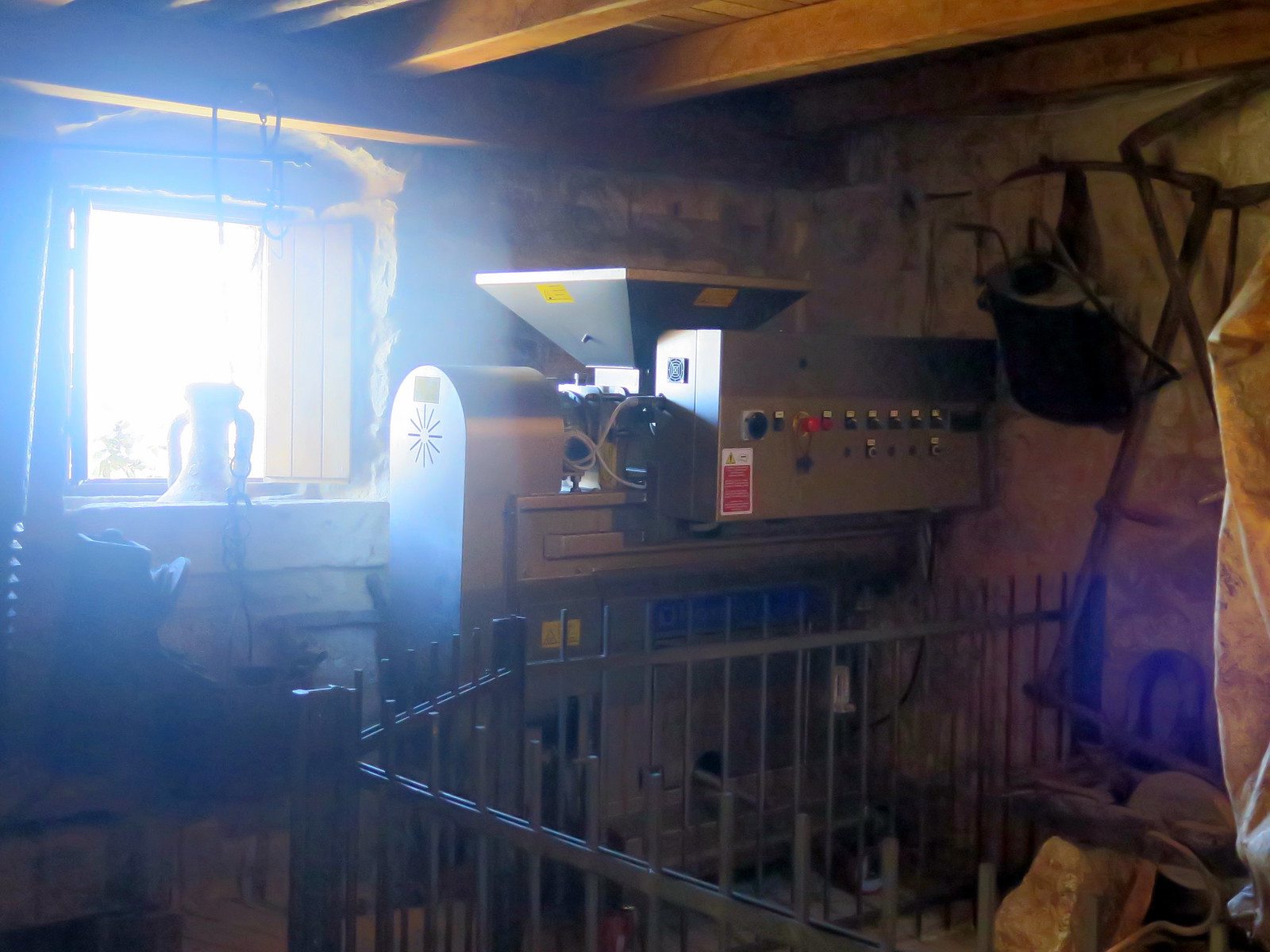 Back downstairs, the new cold press machine takes on the duty of making olive oil for the family. They’re hoping to expand with a second machine sometime in the future, but in the meantime this is apparently as good as it gets in terms of oil presses. 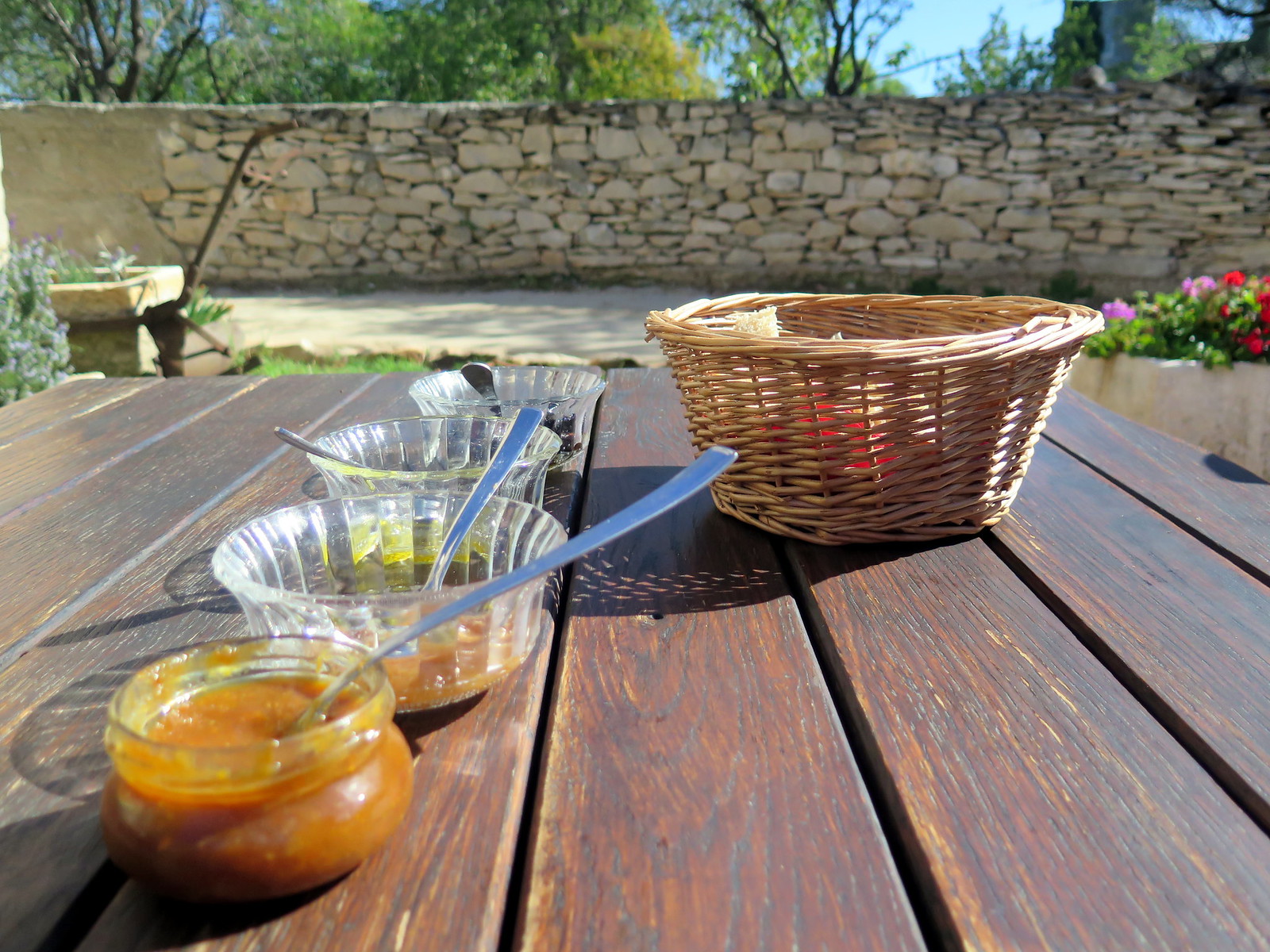 When the owner found out we were traveling around the world, he asked us to sit and eat a bit with him. Before we could even thank him, a small assortment of home made spreads was in front of us, and we were enjoying the just-around-noon sun. Thank goodness for hats. We talked for a long time about our trip, his business, it’s history and plans, his family – especially the education of his kids and their hopefully bright future. When the afternoon tour group came by, we said our goodbyes and wished each other luck and happiness. This is really the best part of traveling. Meeting people and making a connection, despite the vast distance between our lives. We hope everything goes well for Kruno and his oil museum – we’d really like to come back someday. 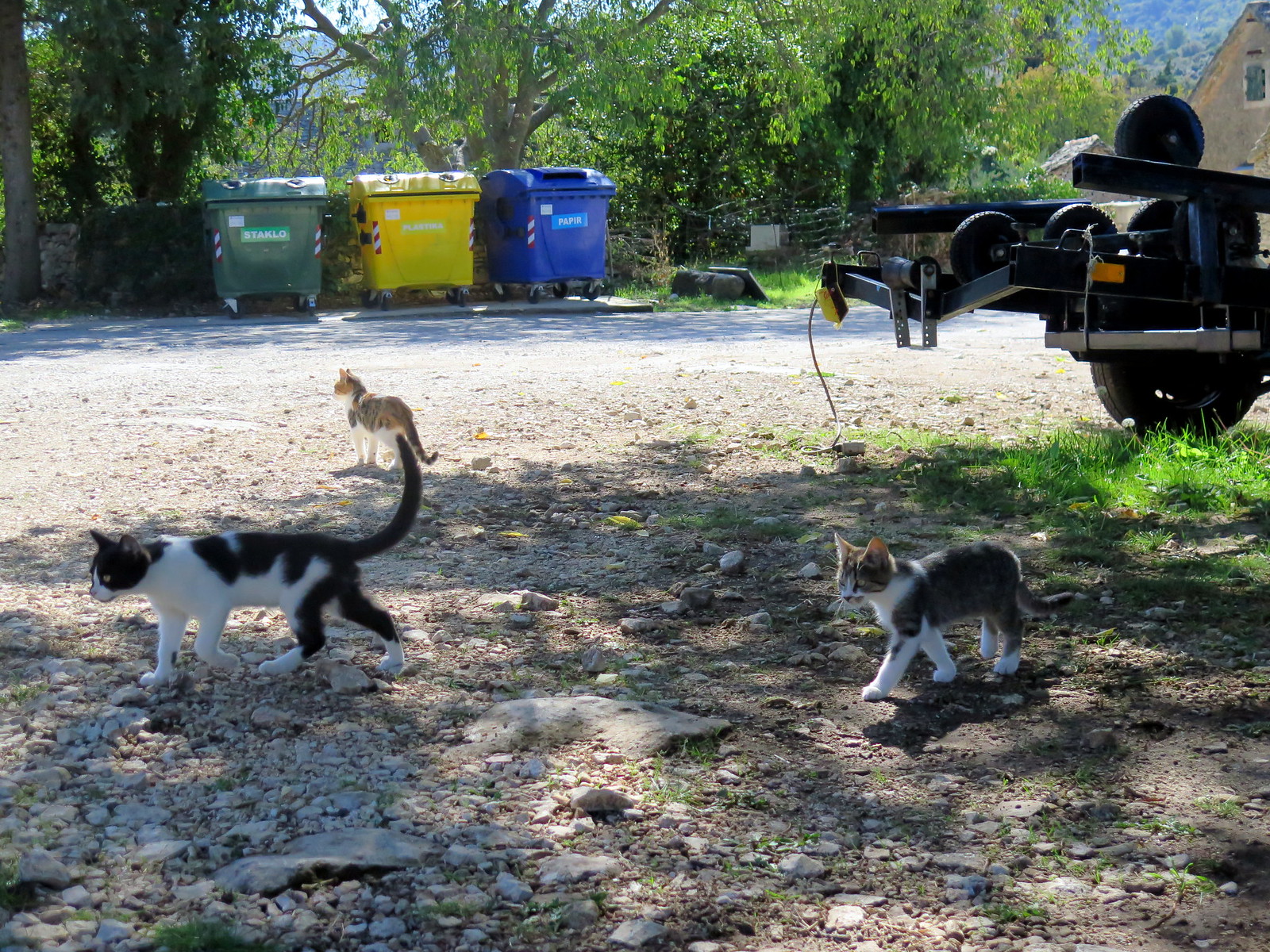 P.S. The tasting is well worth it. Their olive oil is fresh and delicious, and they sell a fantastic sort of cherry liqueur that we took on with us. Plus, right outside the oilery, kittens!