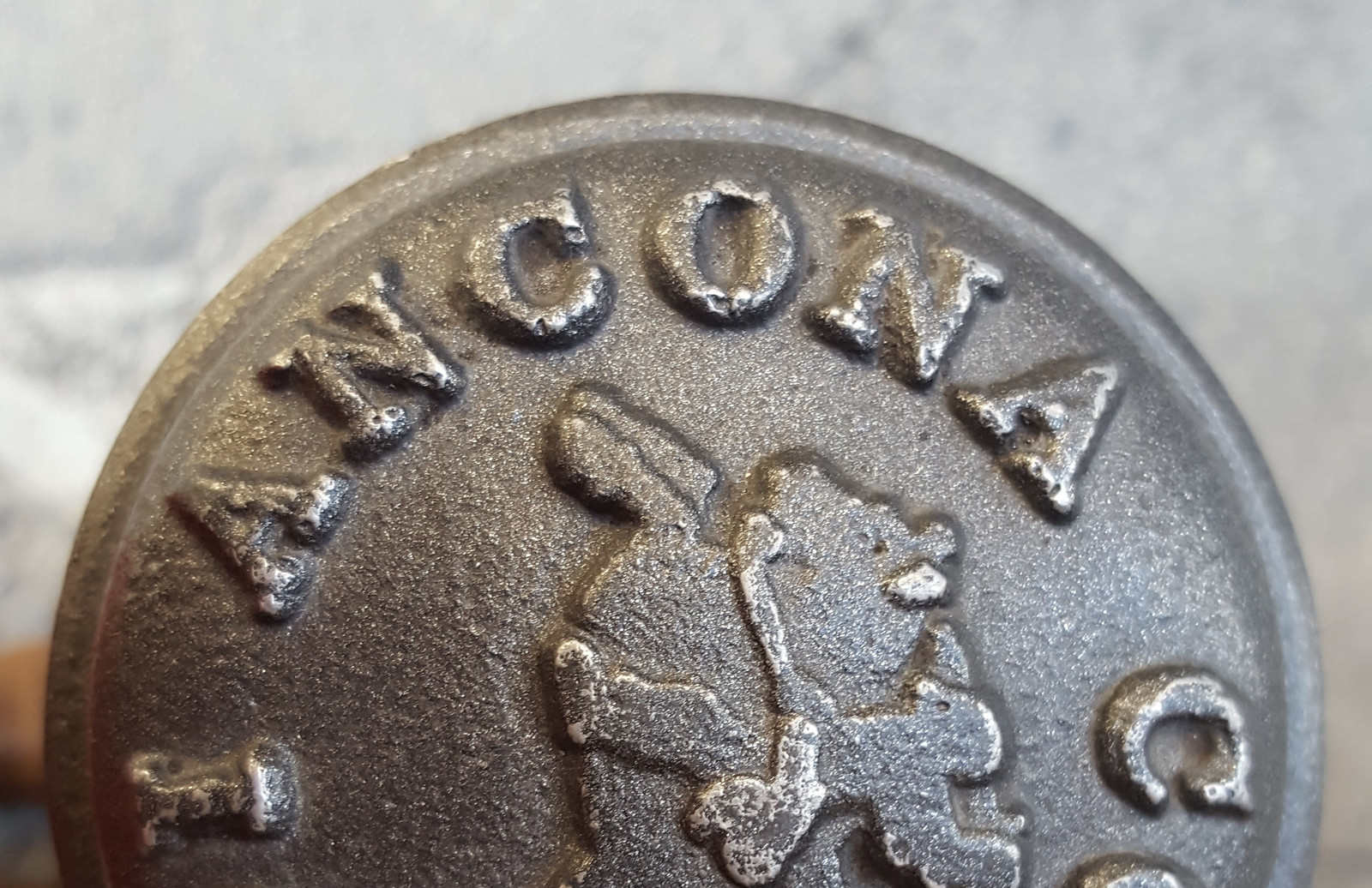 Ancona is an interesting place. It’s definitely not touristy, but it still has the charming attractions of an Italian city – beautiful old architecture, a lovely promenade, coffee.. pizza.. really we didn’t know what to expect. Neither of us had ever been to Italy, and we came because I had always wanted to see Venice and Natalie had always wanted to go to a truffle festival. 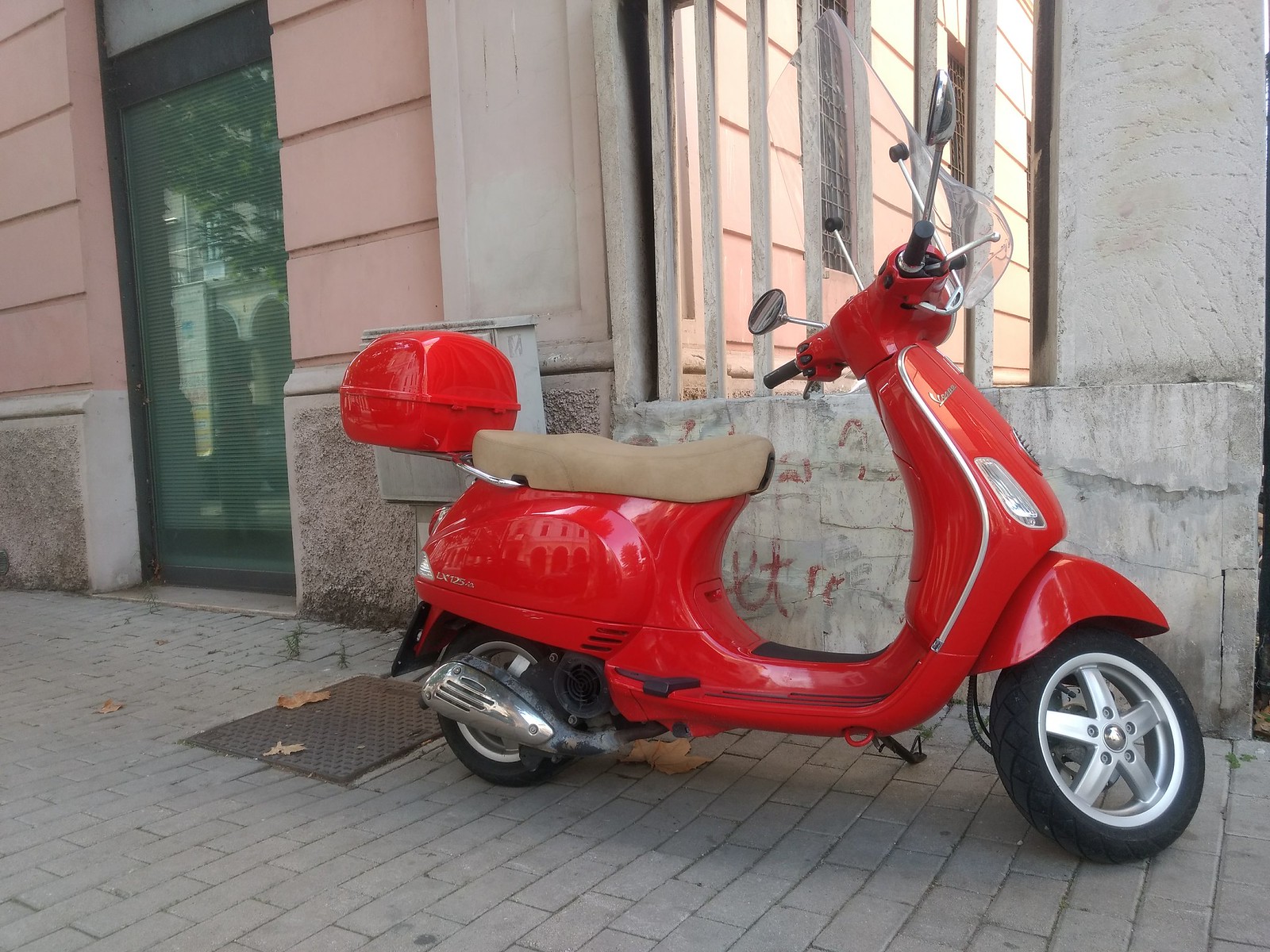 Ancona was our crash course in how to get around in Italy. First – mediocre Spanish will not cut it. Some people might humor you and try to understand, but by and large we had more success with English and a tiny bit of Spanish than full on Spanish. Maybe if we had tried Spanish with an Italian accent? 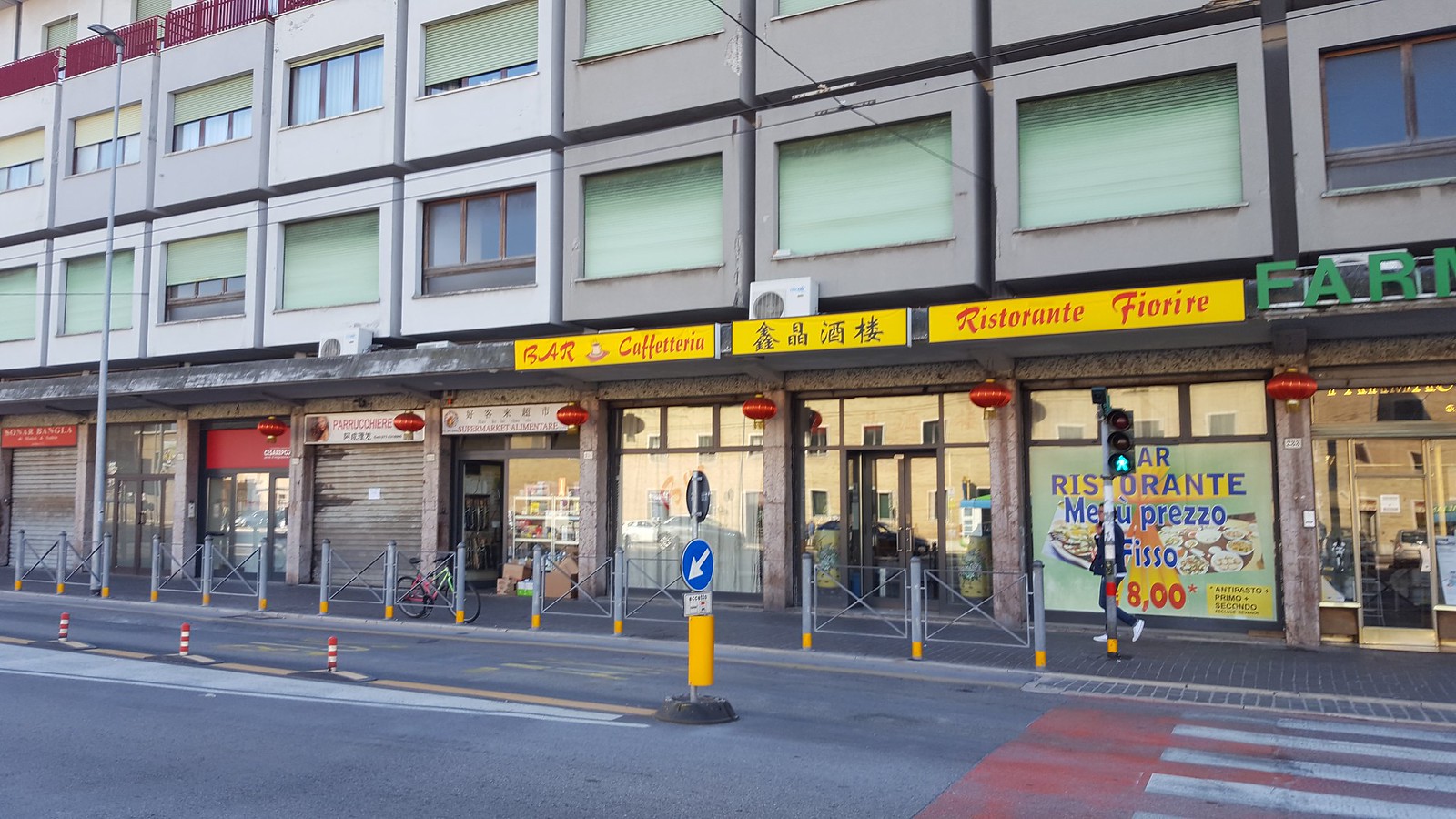 Second – Italians love their mid day break. Everything, and I mean everything, excepting cafes, restaurants, and maybe hospitals, shuts down for the hours of 1 to 4, give or take. It’s fantastic and infuriating at the same time. We’re so used to 24 hour on demand everything all the time. When it’s not available we’re not sure what to do. I think the Italians are on to something though. 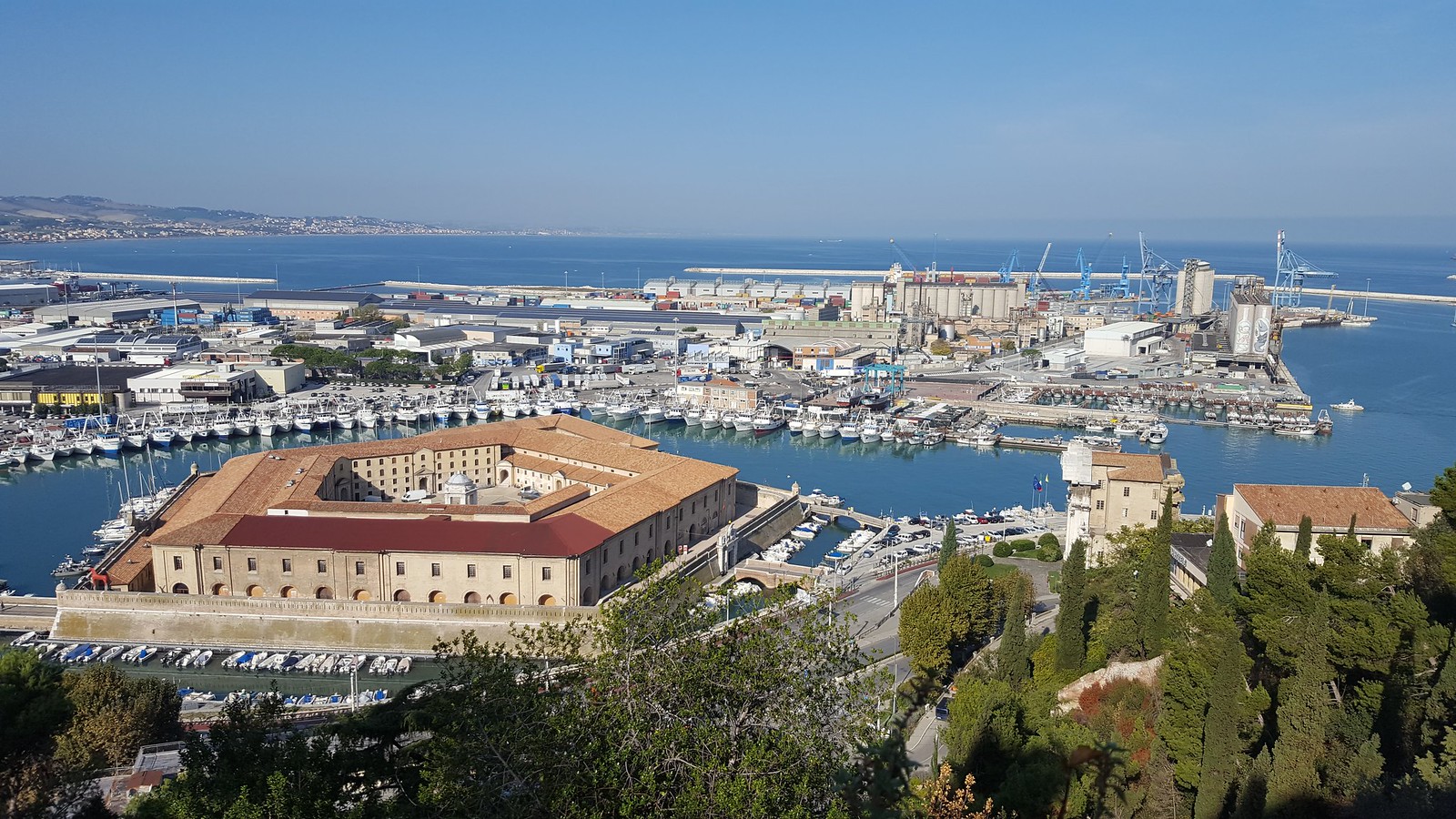 Third – do ask for help. As with many countries on our trip, Italians seem interested in travelers and asking politely (if plainly) is very often the best way to get what you need or find out where you need to go. We haven’t mentioned this much, but post offices around the world are full of some of the nicest and most helpful people imaginable. Maybe we got lucky? The Ancona post office staff took great care of us and got our package through the relatively complex shipping procedure in no time. In a related act of kindness, we needed packing material so I went to a nearby newstand and did my best to ask for the cheapest newspaper they had. The vendor said “it’s Italian, can you read?” I told him it was for mail, for a package. He dropped a pile of newspapers in my arms and said they were free, yesterday’s lot. 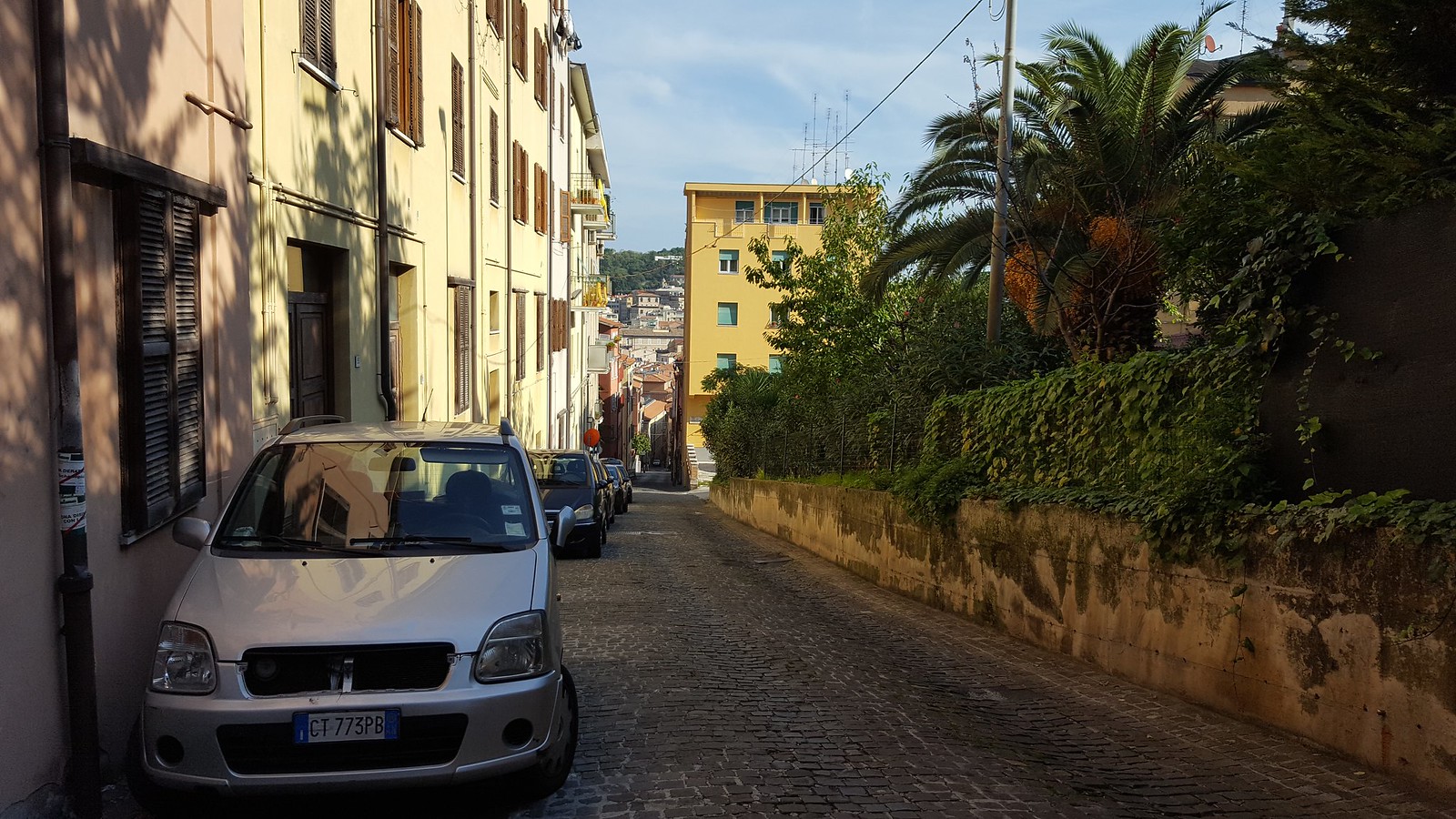 Ancona itself is split into two parts – a lower section near the water, and the remainder atop a massive cliff. It’s a hike to get to the old town, and the metro system was unintelligible to us the first day. The streets are tiny, especially in the old town – this will become a running theme in Italy. Vespas and tiny cars are popular for a reason. 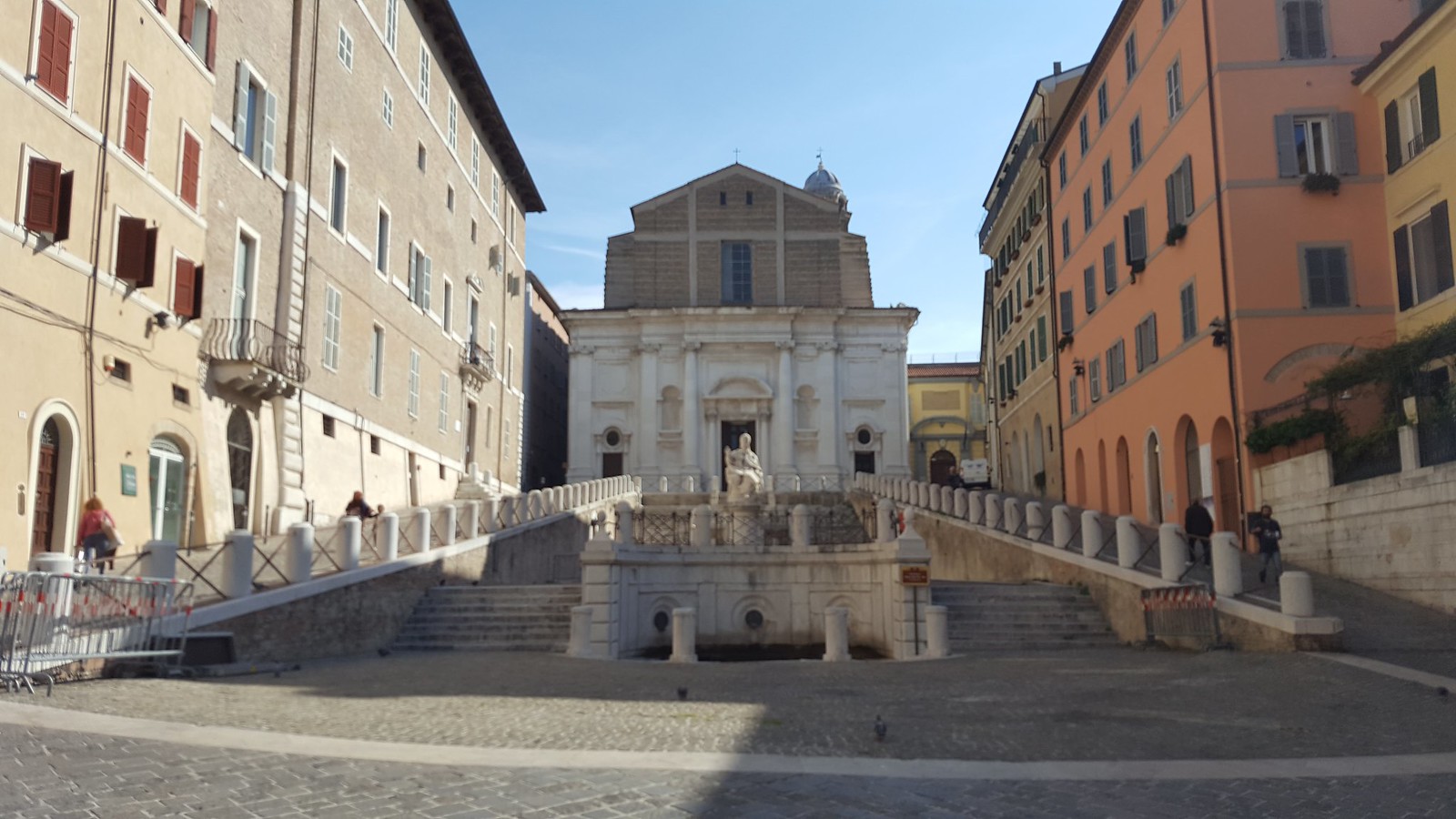 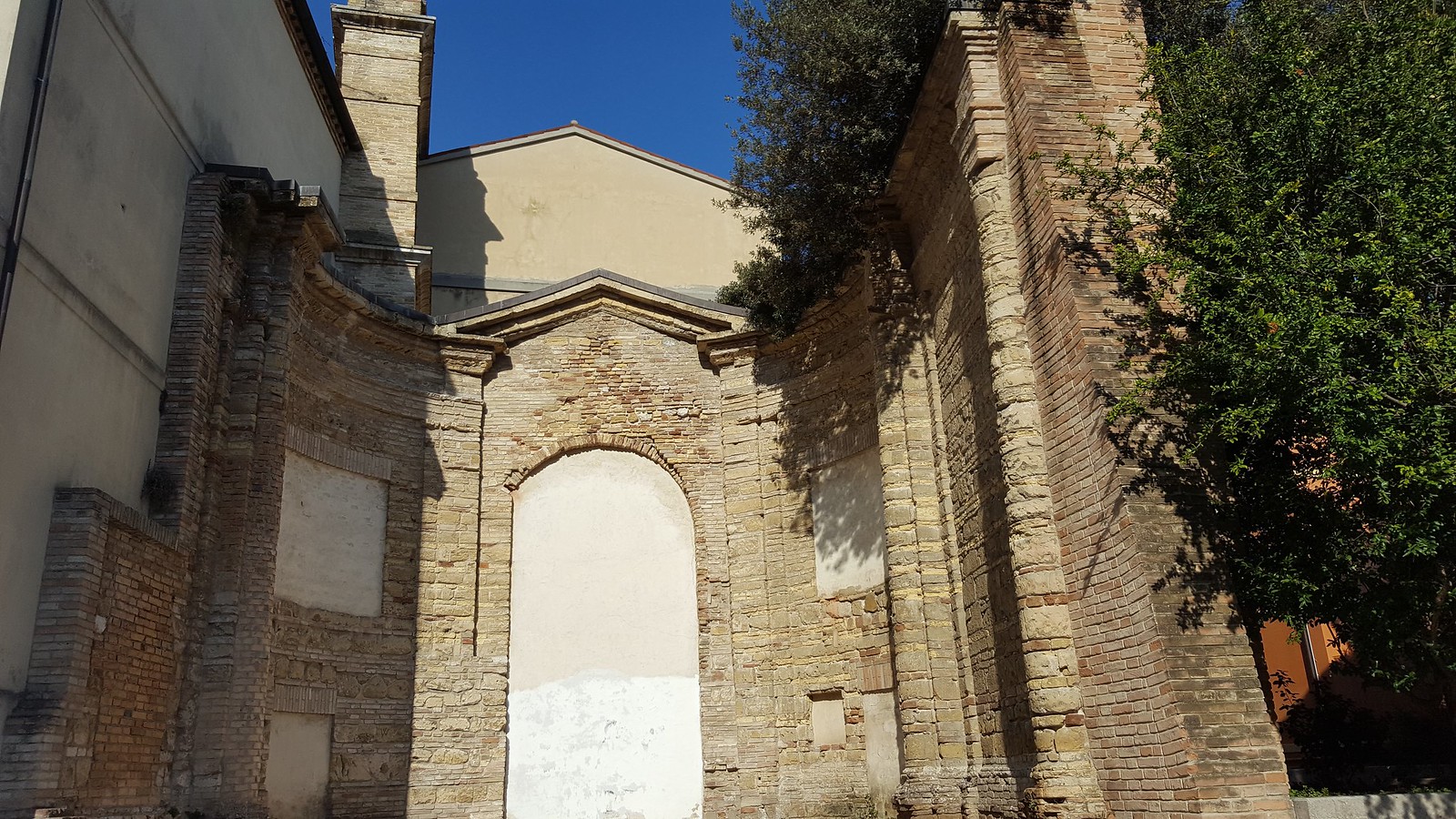 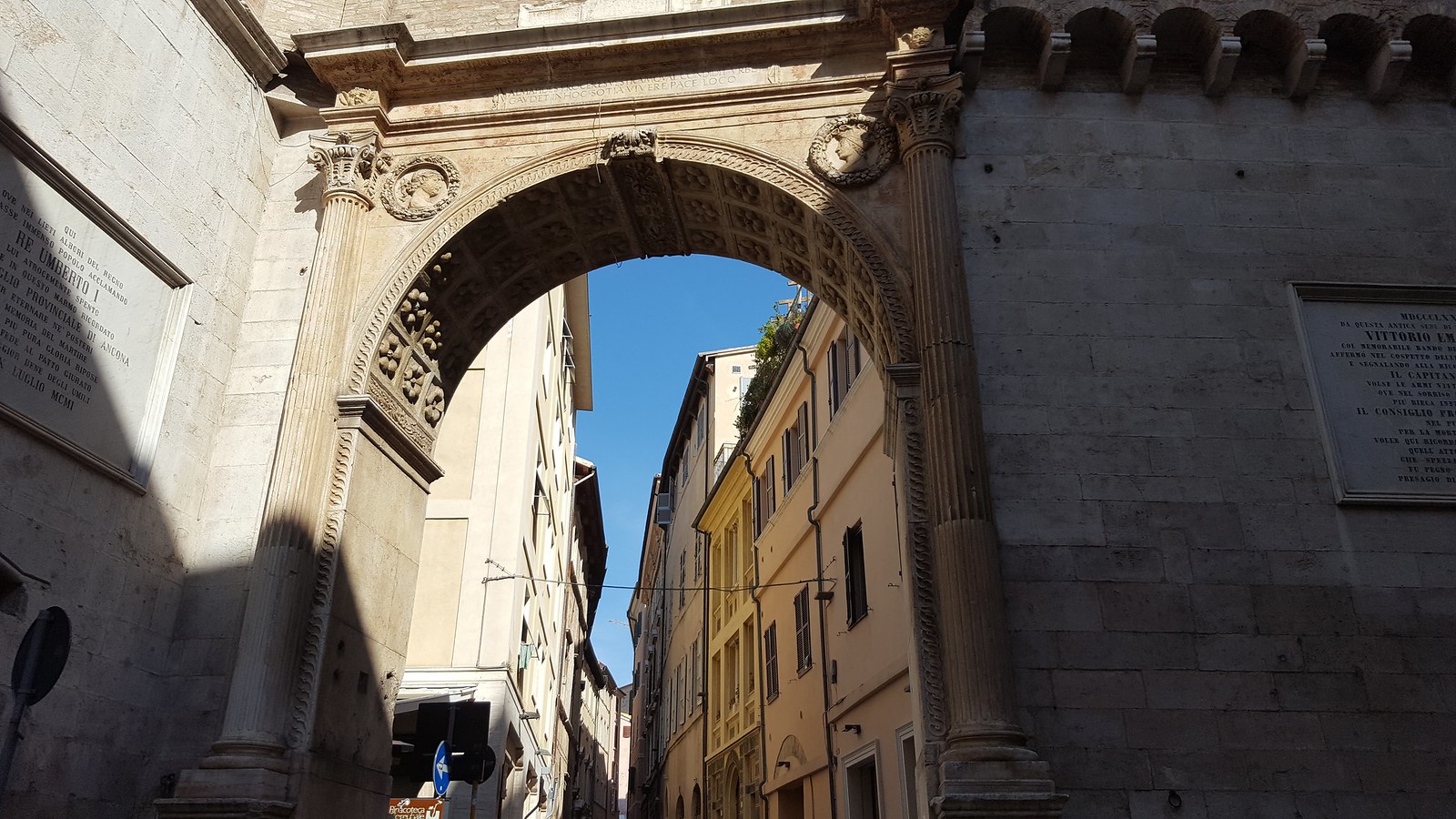 architecture.
Italy does not disappoint. 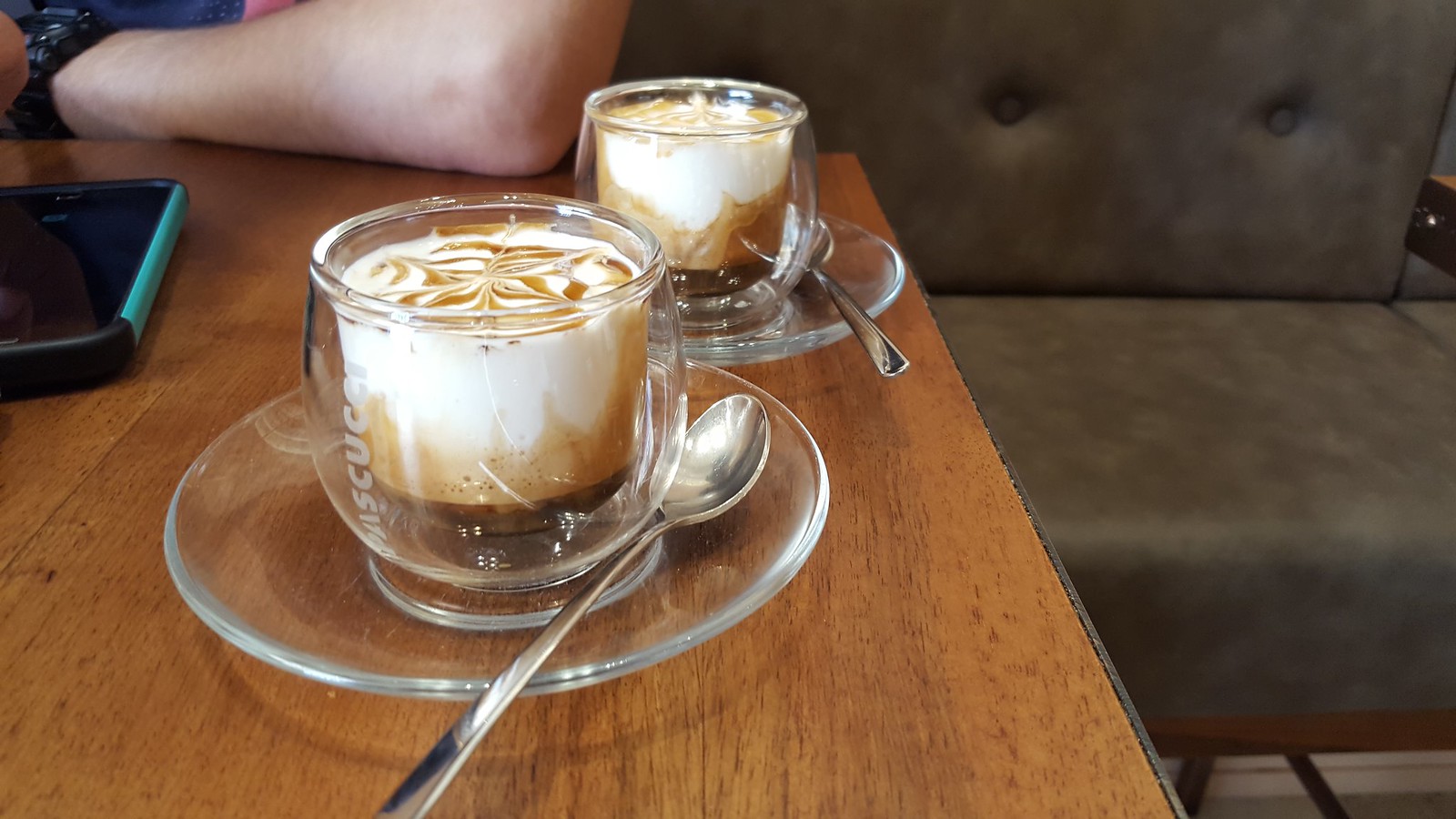 When everything’s closed and you have no plans, what to do but get coffee? It turns out fancy drinks like this are a bit unusual for Italy. Everywhere else so far the coffee has been plain espresso, or maybe with a dash of milk (steamed, foamed, straight). A regular small cup costs 1 euro and almost everyone has one for breakfast. It’s like a natural right here, and the coffee is almost always excellent. 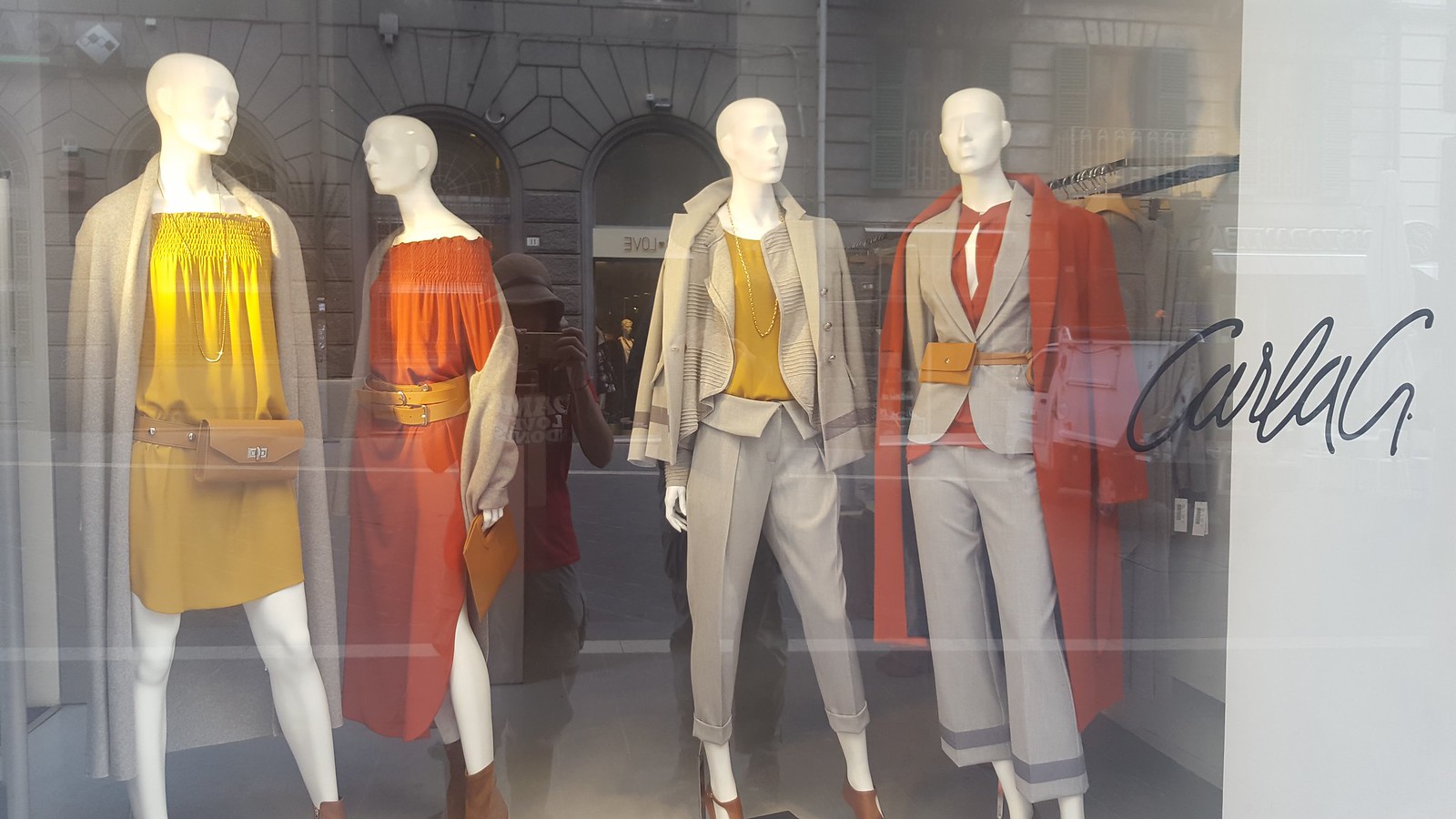 Ancona even has a bit of a fashion district on the promenade. 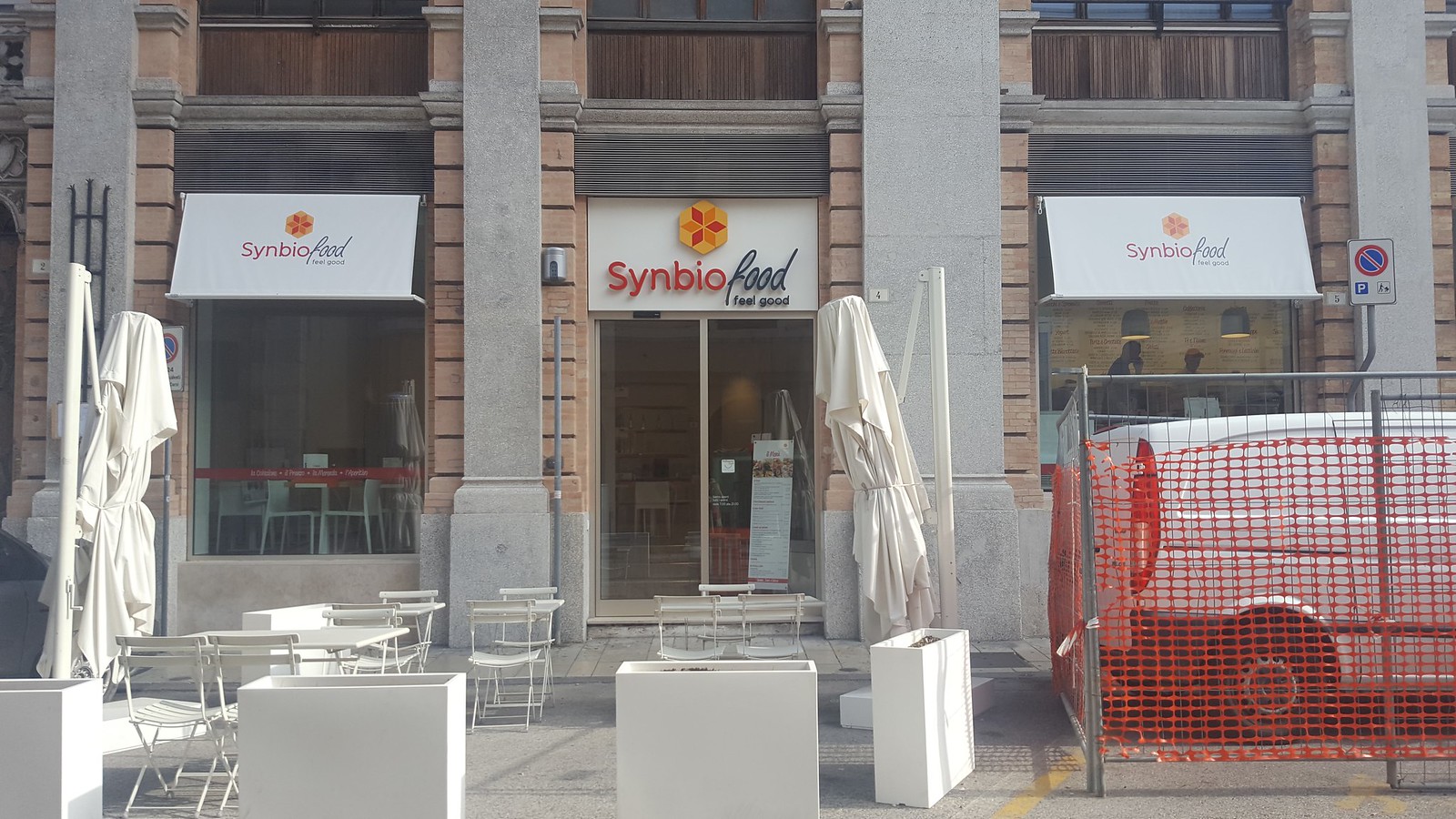 On our way back to the hotel we passed this intriguing restaurant. It was closed when we passed. We wanted to come back but still couldn’t figure out the buses, so when it came time for dinner we decided to eat local. I think if we had more than a day and change in Ancona the public transit would have eventually made sense, but there’s not much in the way of tourist information when it comes to riding the trams. 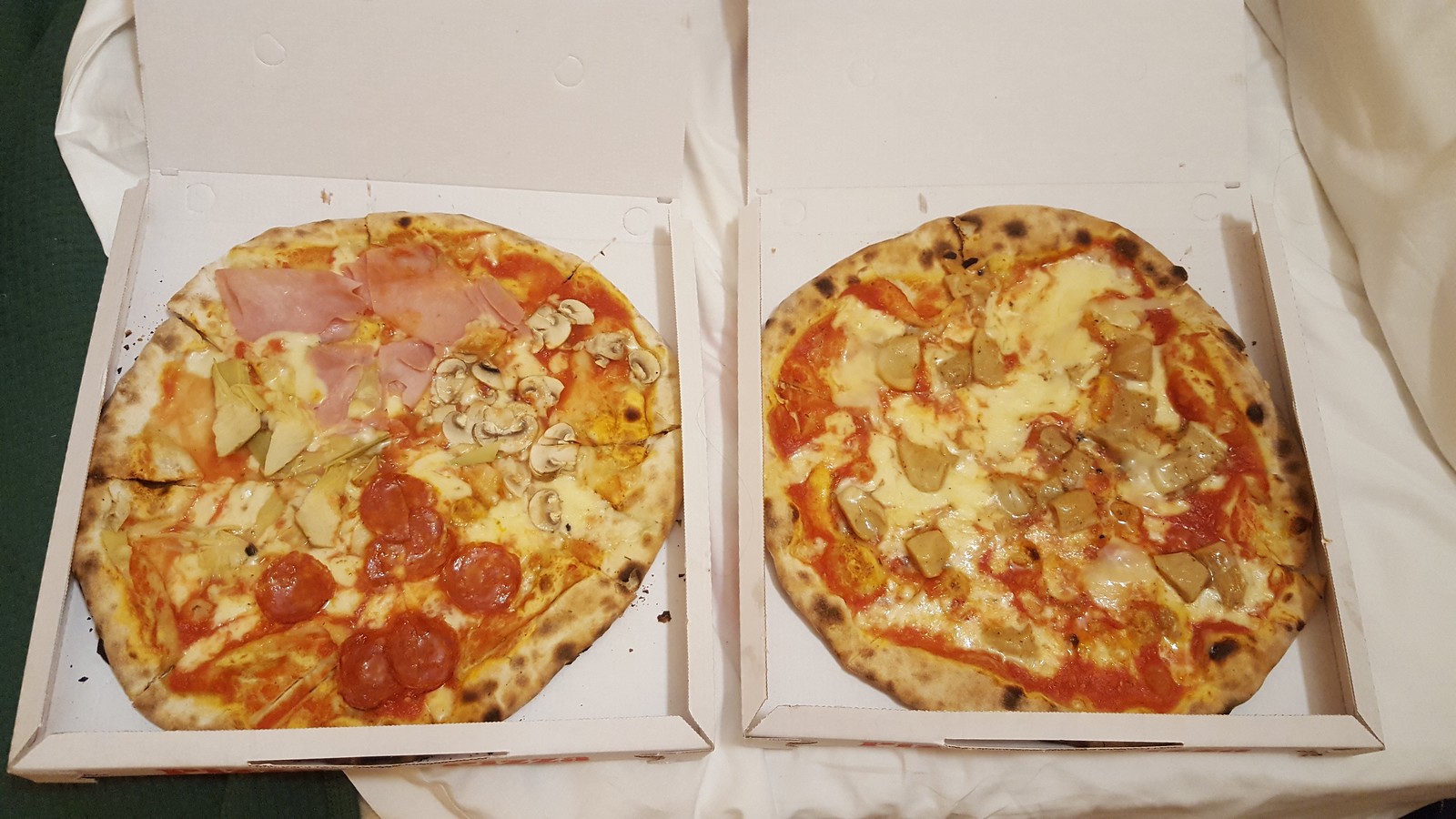 What does eating local look like? A random pizzeria near the hotel. Full disclosure, this was the third random pizzeria near the hotel that we looked at. The other two were not nearly as appetizing. We asked the lady at the front desk of our hotel if a single pizza was enough for two. It turns out sharing a pie is uncommon here – they’re very thin crust and designed to be eaten by one person. That may be the intent, but we were full pretty quick, even with the thin crust. We finished it though – it was too good! 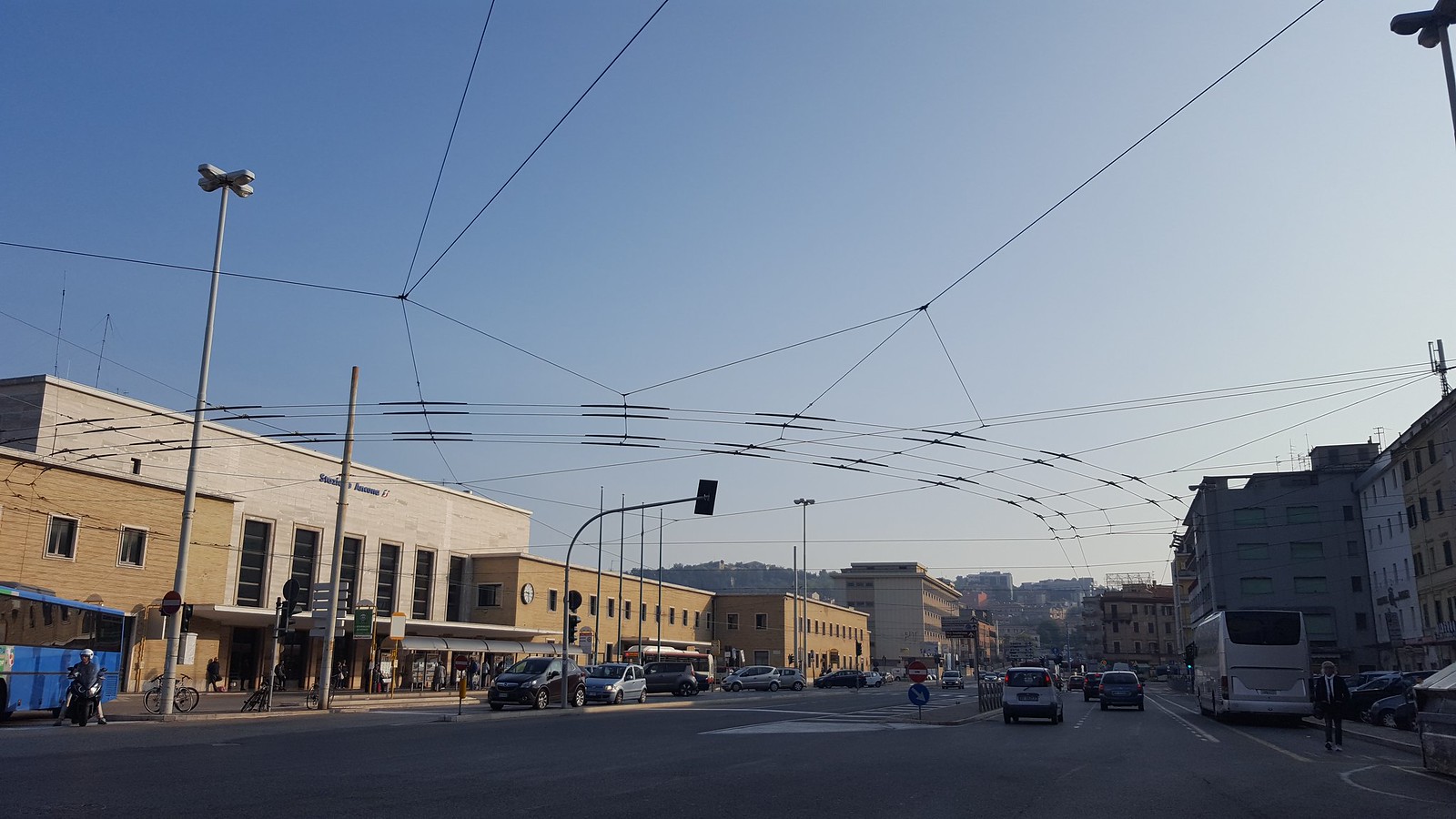 Next time – we head to Sant’Agata Feltria for their truffle festival!