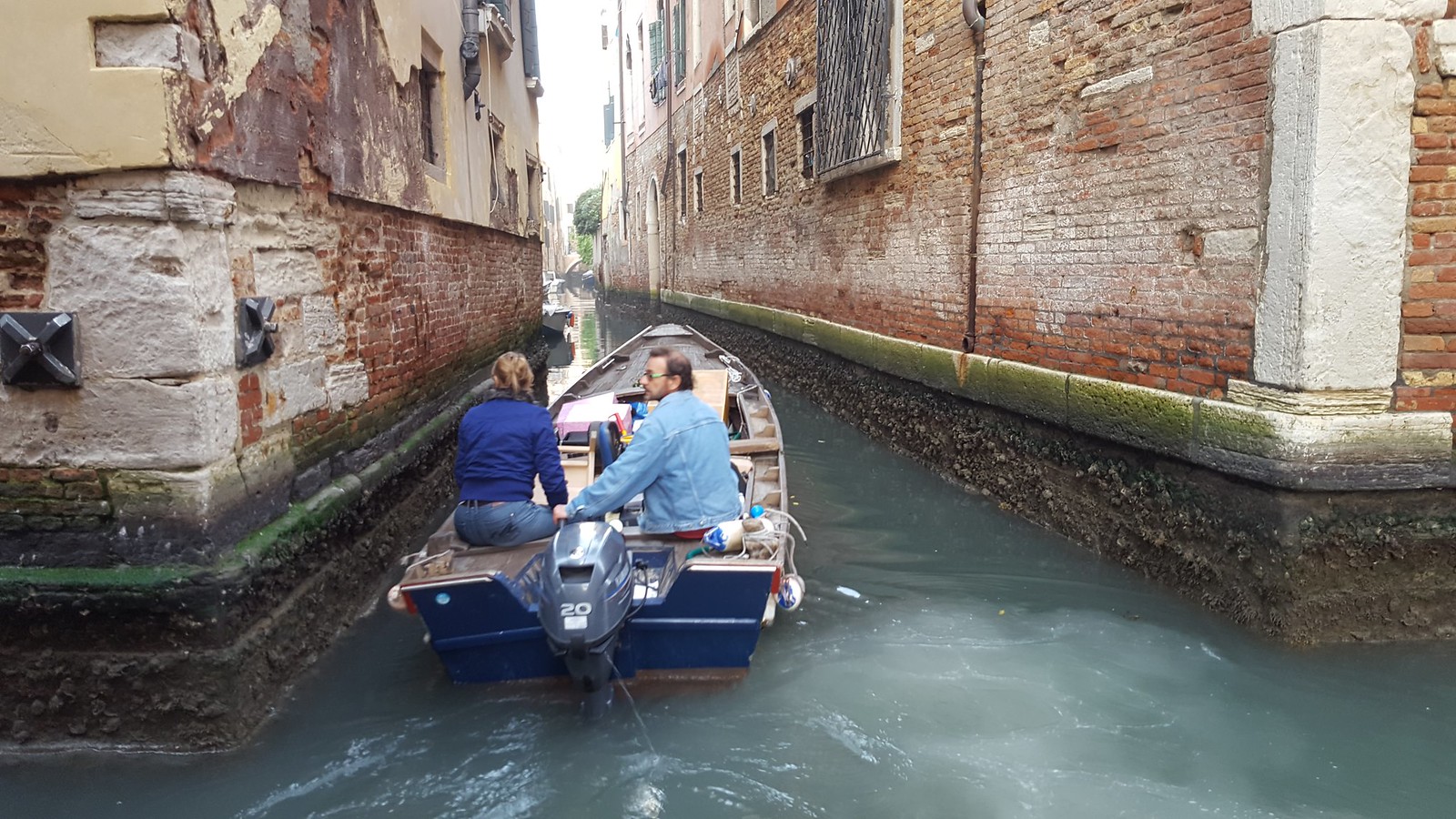 It’s easy to imagine Venice as some sort of Renaissance wonderland. From many of the pictures people take and the art done of the city, it’s very easy to miss that this is as much a vibrant commercial and residential city as it is a a beautiful historic site. In paintings hanging in the museum, the merchants, sailors, craftsmen, and tradesman filling the canvas are, to our modern eyes, part of the decor of the time. They were in fact vital to the growth of the city, just as they are vital to its life today. 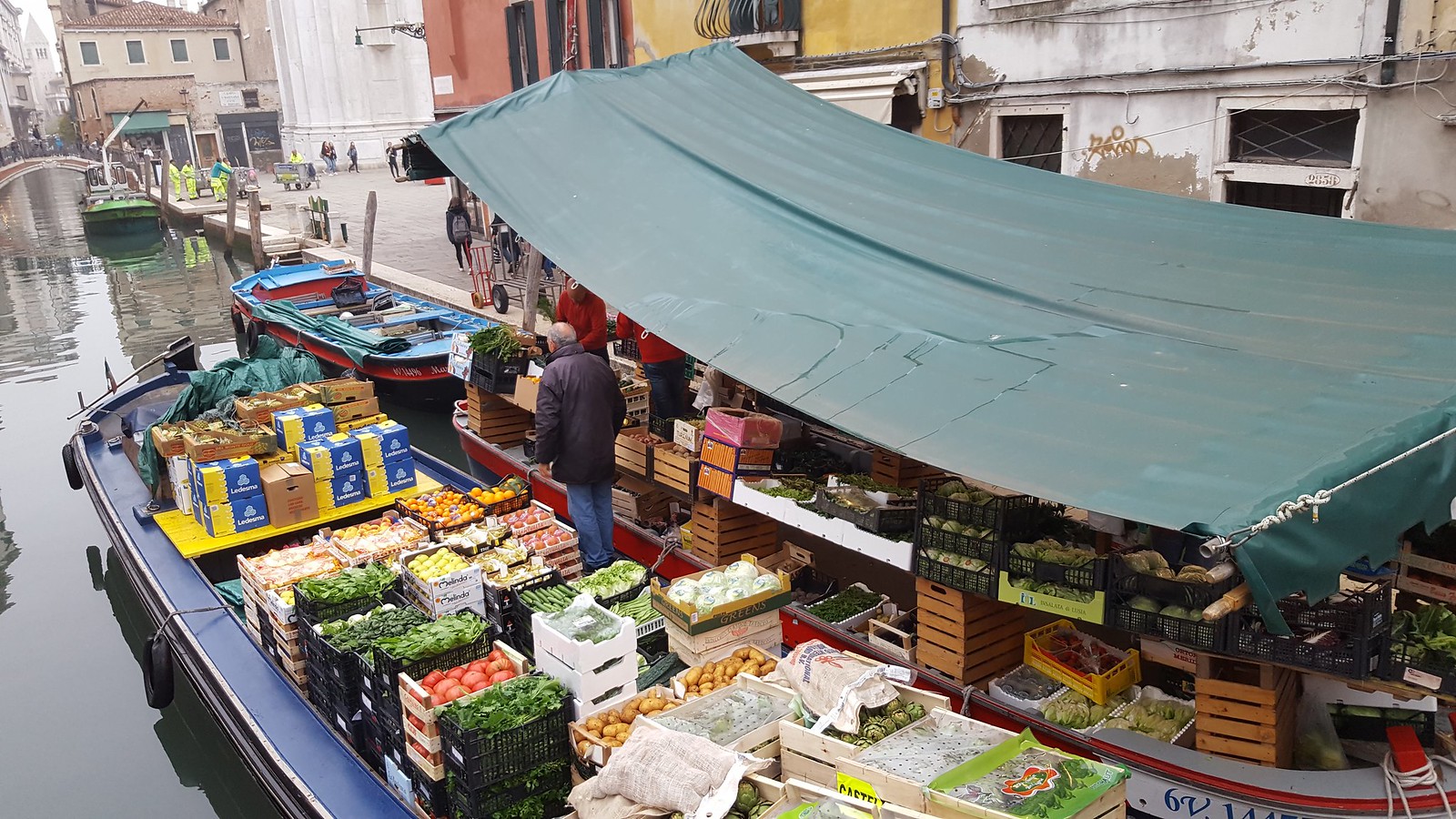 The canals are the life blood of the city. Everything comes in by boat, and travels to the correct destination via increasingly small canals. During the day it’s mostly moving people and tourists around, but in the morning it’s moving everything else. 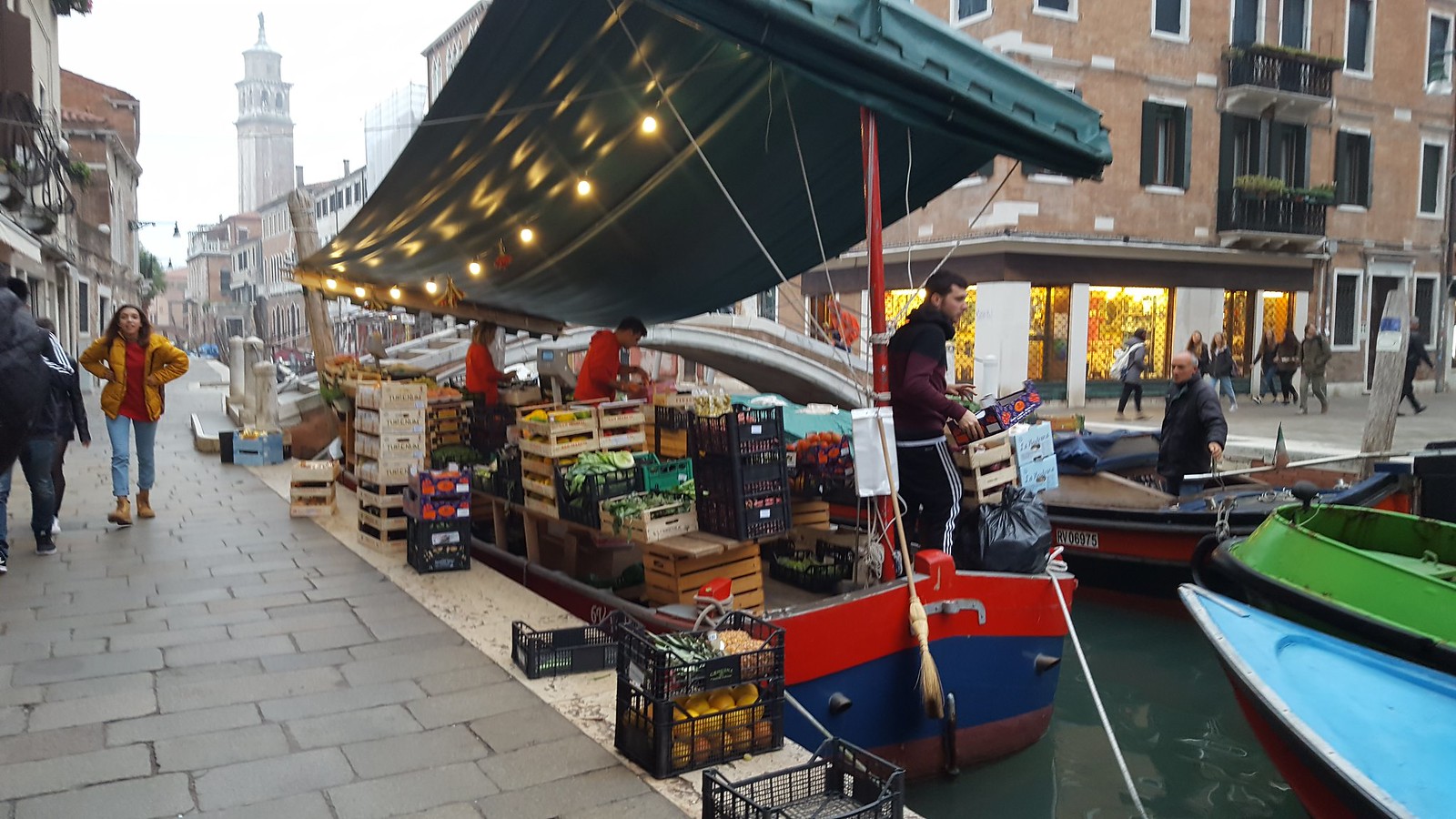 Until about noon, you can find these market boats pulled up along the canal, usually near clusters of restaurants or grocery stores. They stock the local vendors and it looked like they were doing brisk business. Cramped quarters leads to minimal storage space, so everyone gets a daily shipment of most food goods. 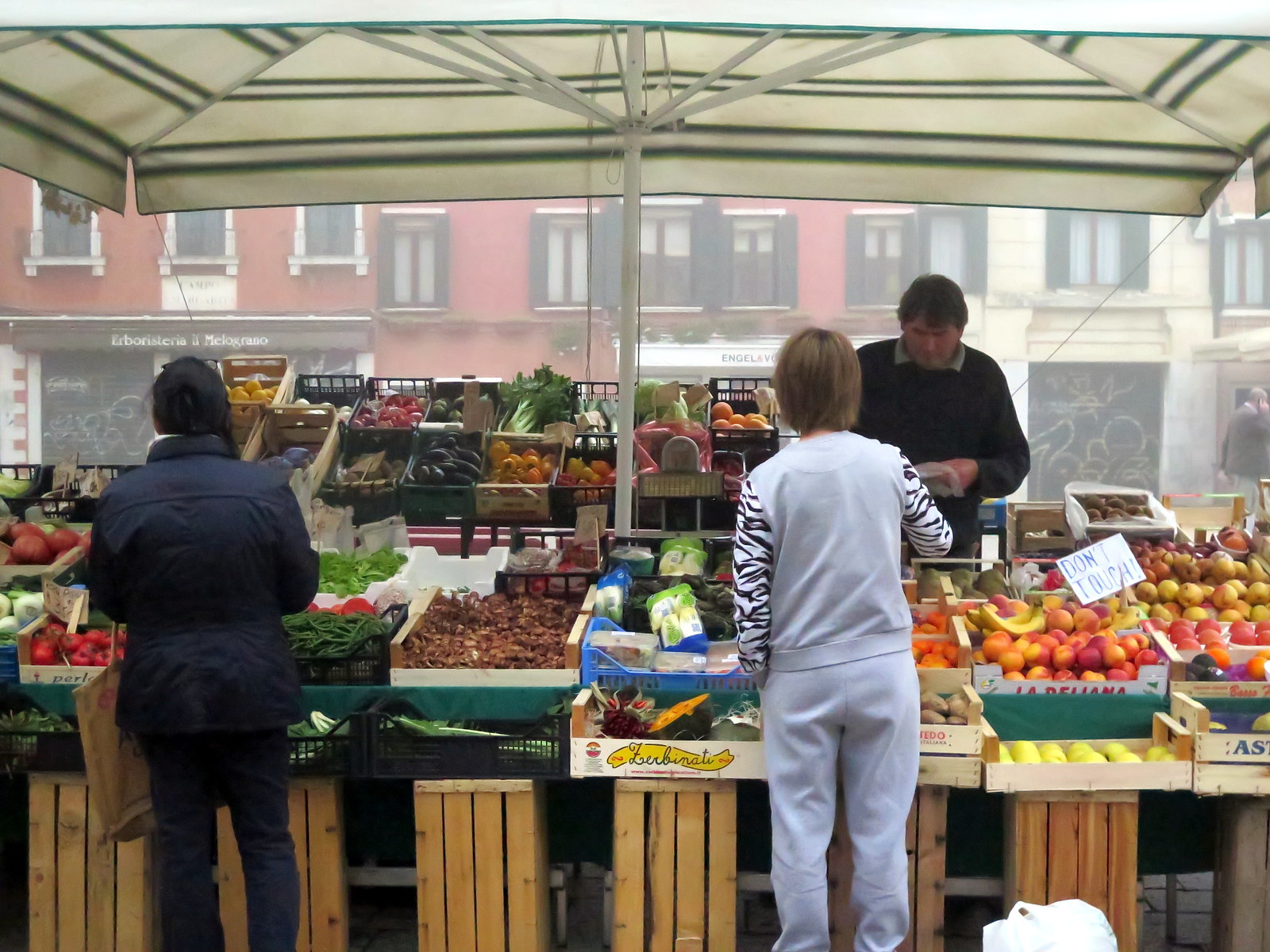 There are some dry markets that sell to normal customers who walk through the stall lined aisles. These markets are, unsurprisingly, also supplied by boat. 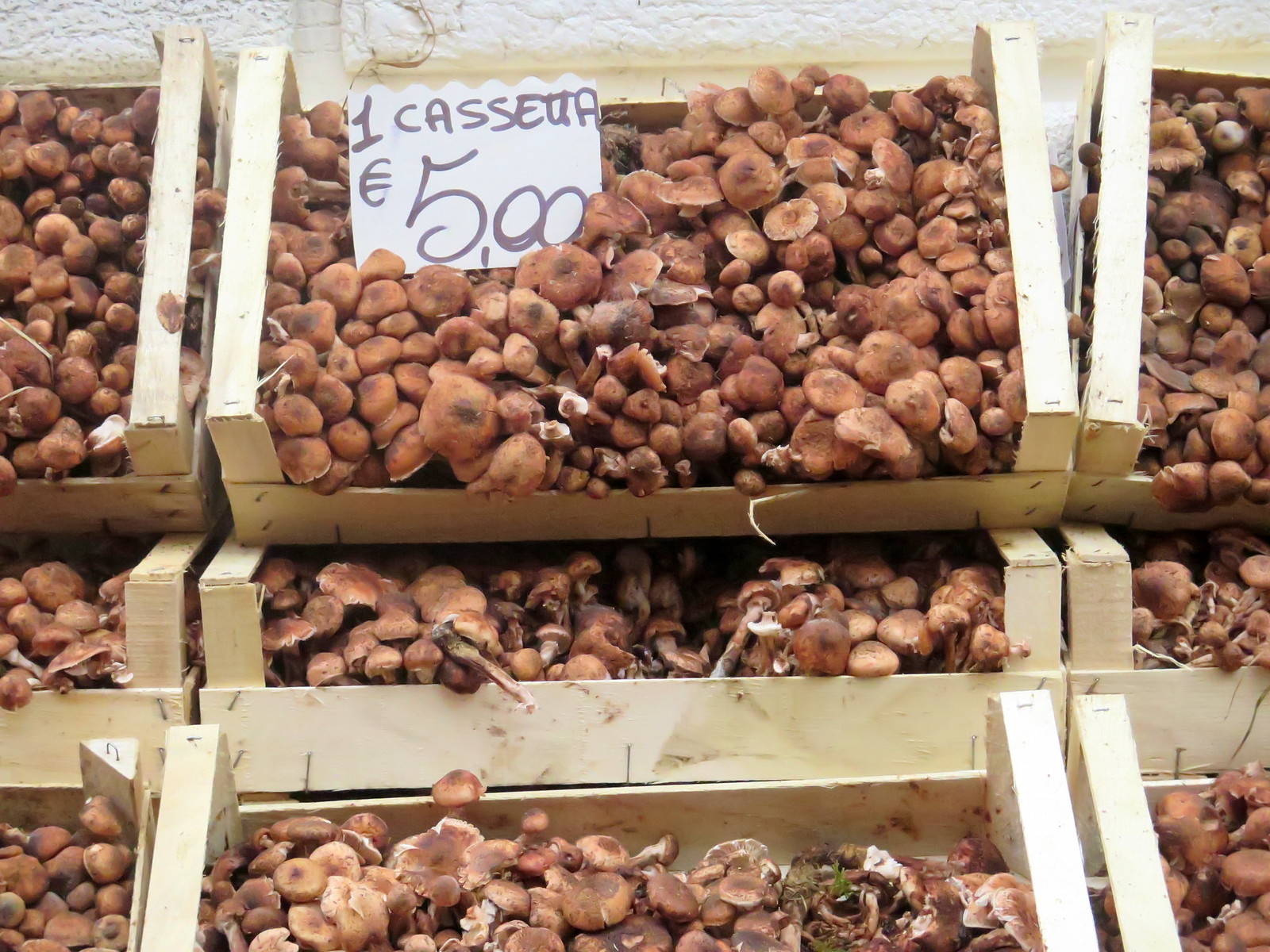 One of the semi-enclosed areas near the water is reserved for an incredibly pungent fish market. The stone tiles around there are treacherous. 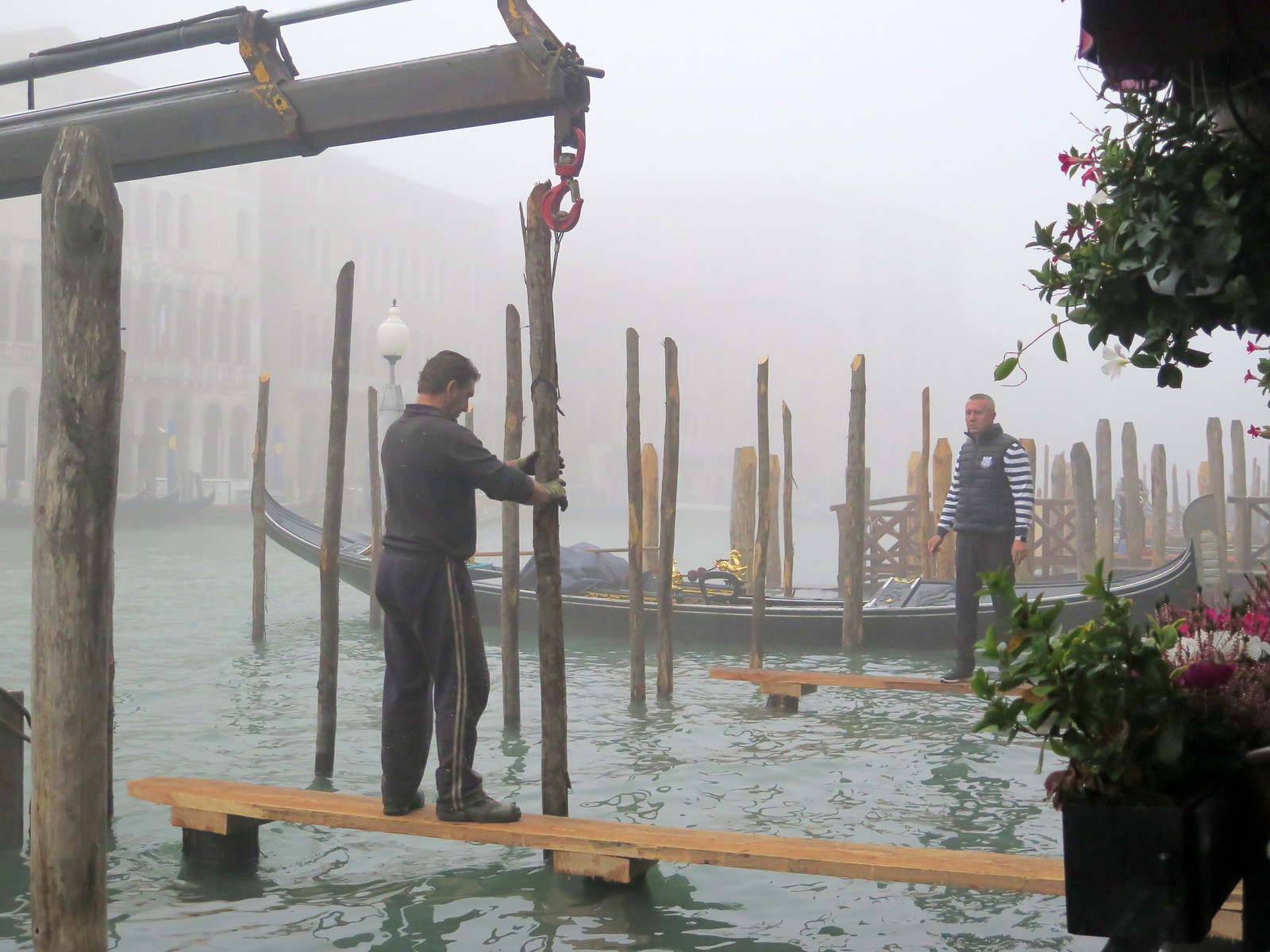 In addition to keeping everyone supplied with food and other wares, someone has to maintain the city itself. A lot of buildings rely on piers and supports that are jammed in the water. Building new ones or replacing old ones is a pretty delicate affair that the tradesman handle with ease. I know I’d fall into the water if I tried walking the planks the way they do. 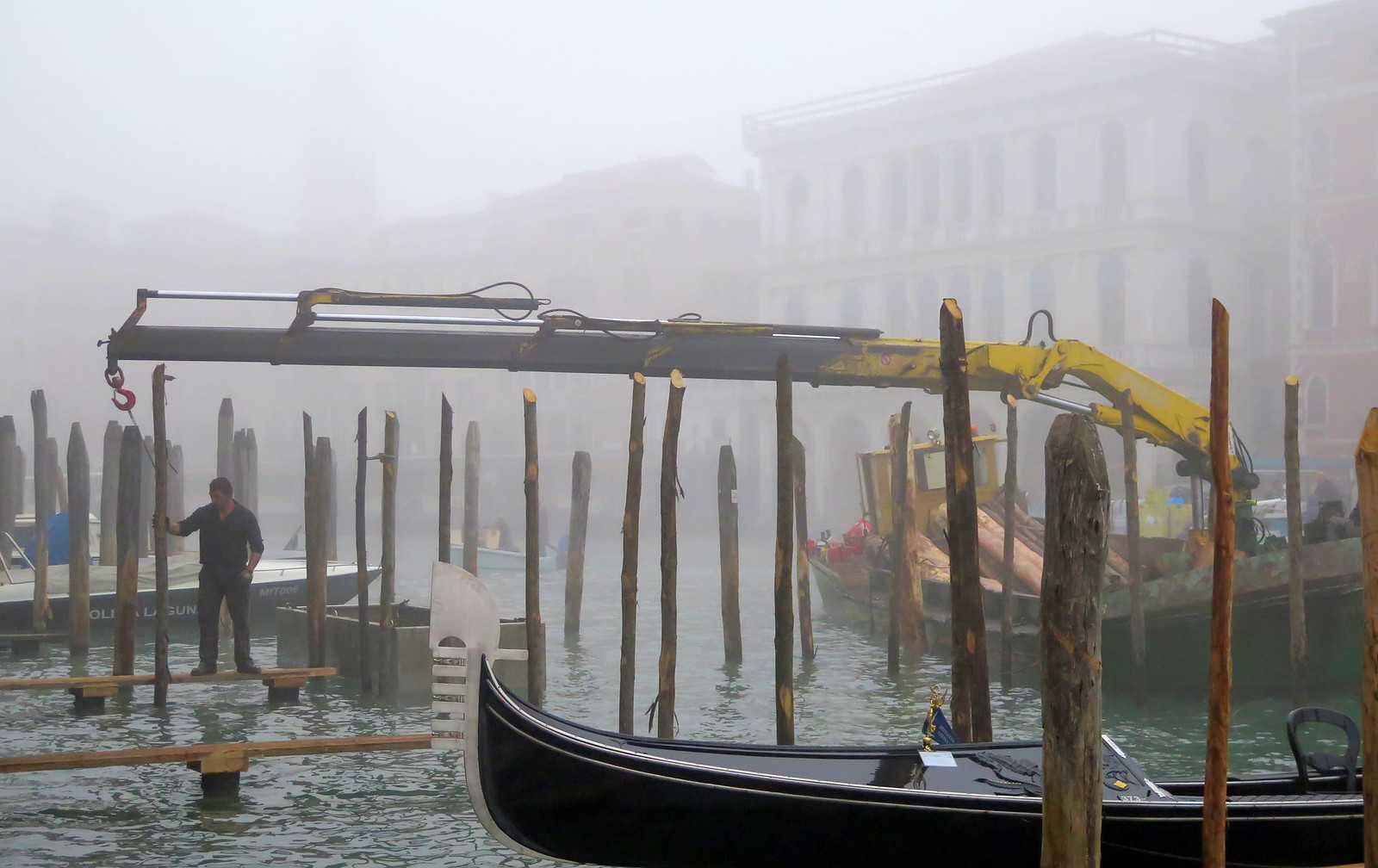 The effort it takes to keep such a city in good repair is incredible. We were utterly fascinated by the way boats were customized for their particular jobs. Just like construction crews on land, these long, wide, and flat boats carried cranes. Unlike land based cranes, these swing low and are relatively light weight, and the crane boats carry their own building supplies with them. 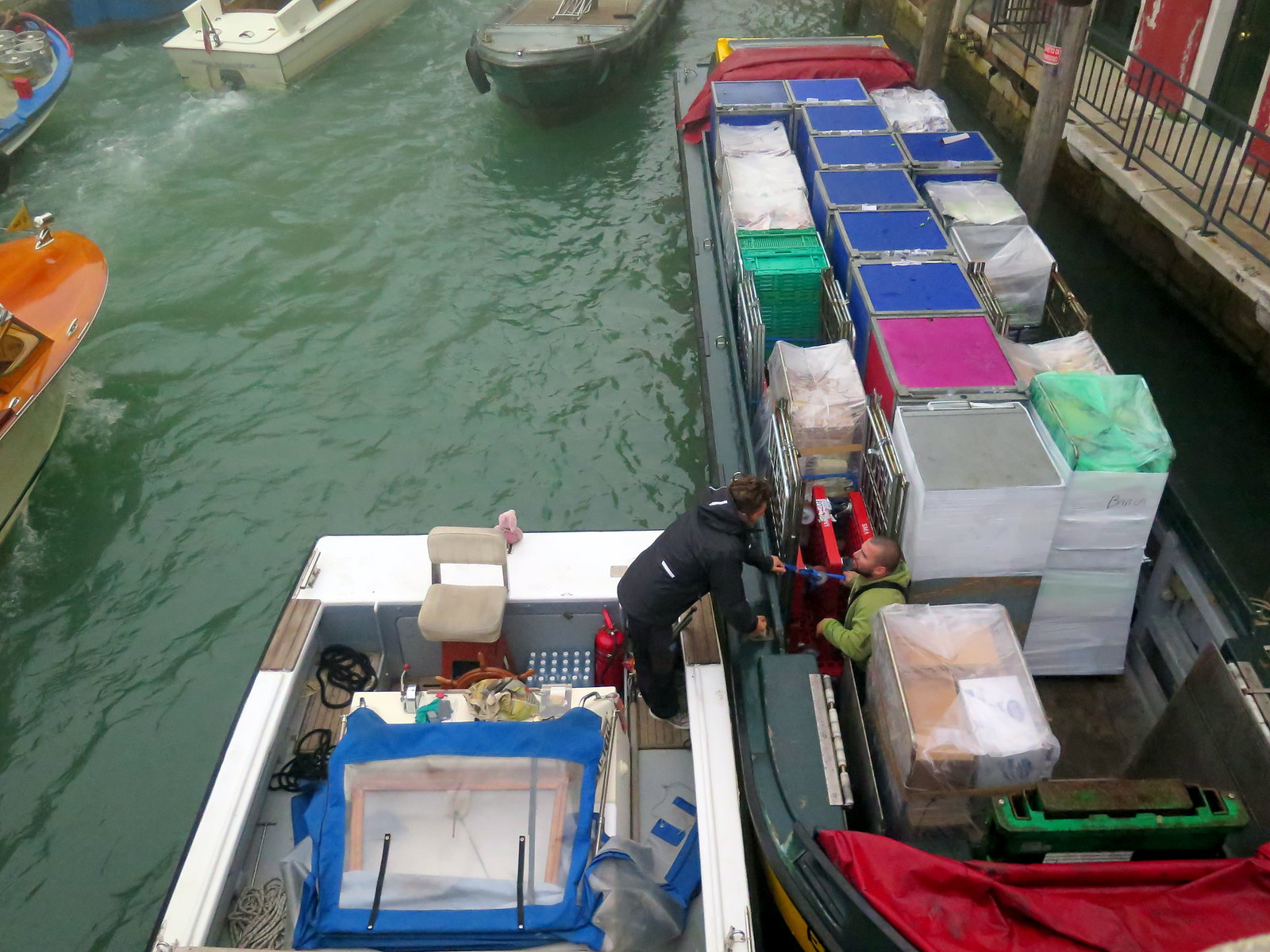 For moving boxed cargo, there are very similar flat boats that run around dropping off boxes, which are shuttled to their destination by a runner with a dolly. The early morning bustle is full of people taking things to and fro, getting ready for the day. 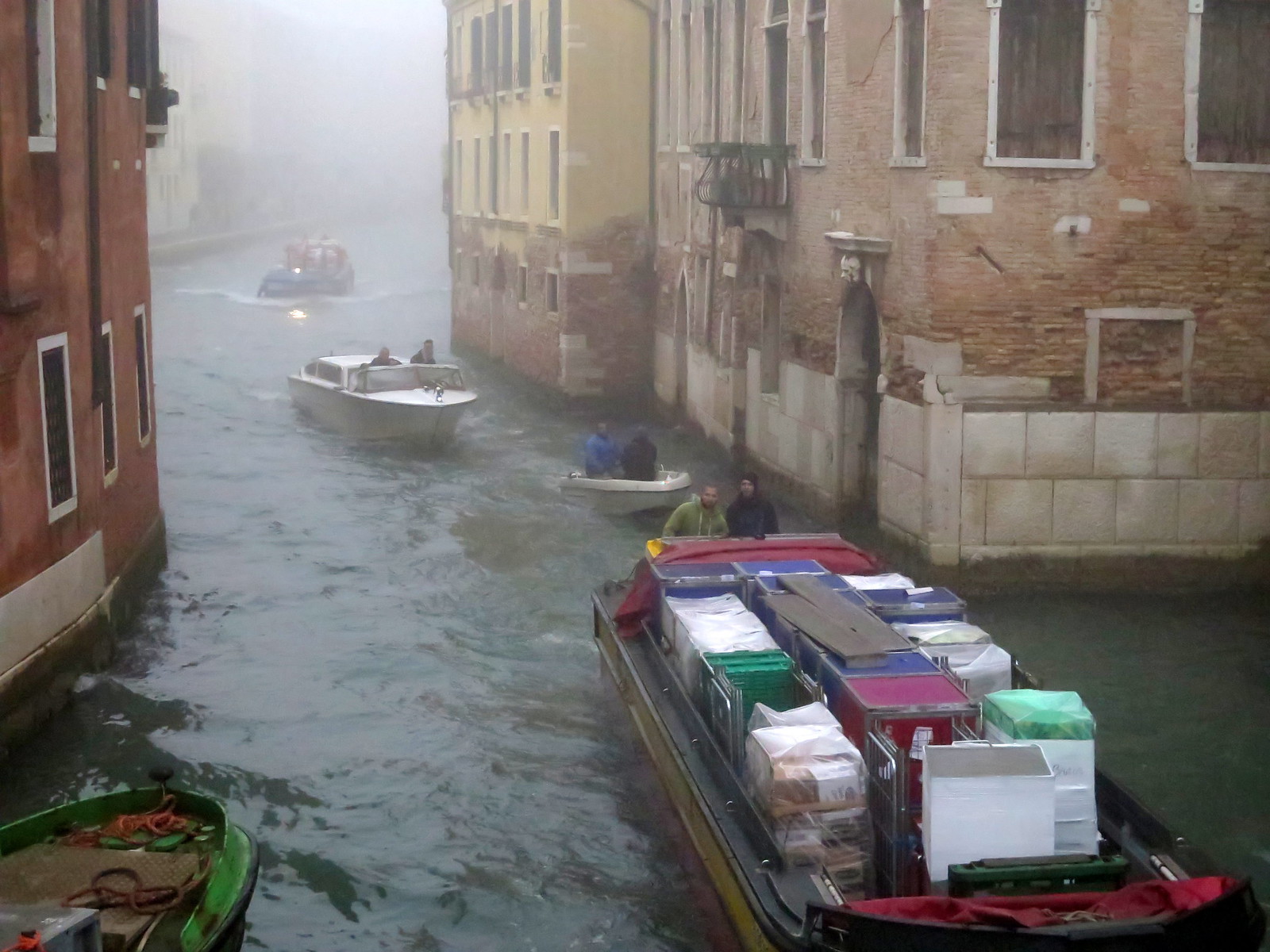 It’s not just on land – the early morning fog falls on a seemingly endless stream of boats zipping up and down the canals. 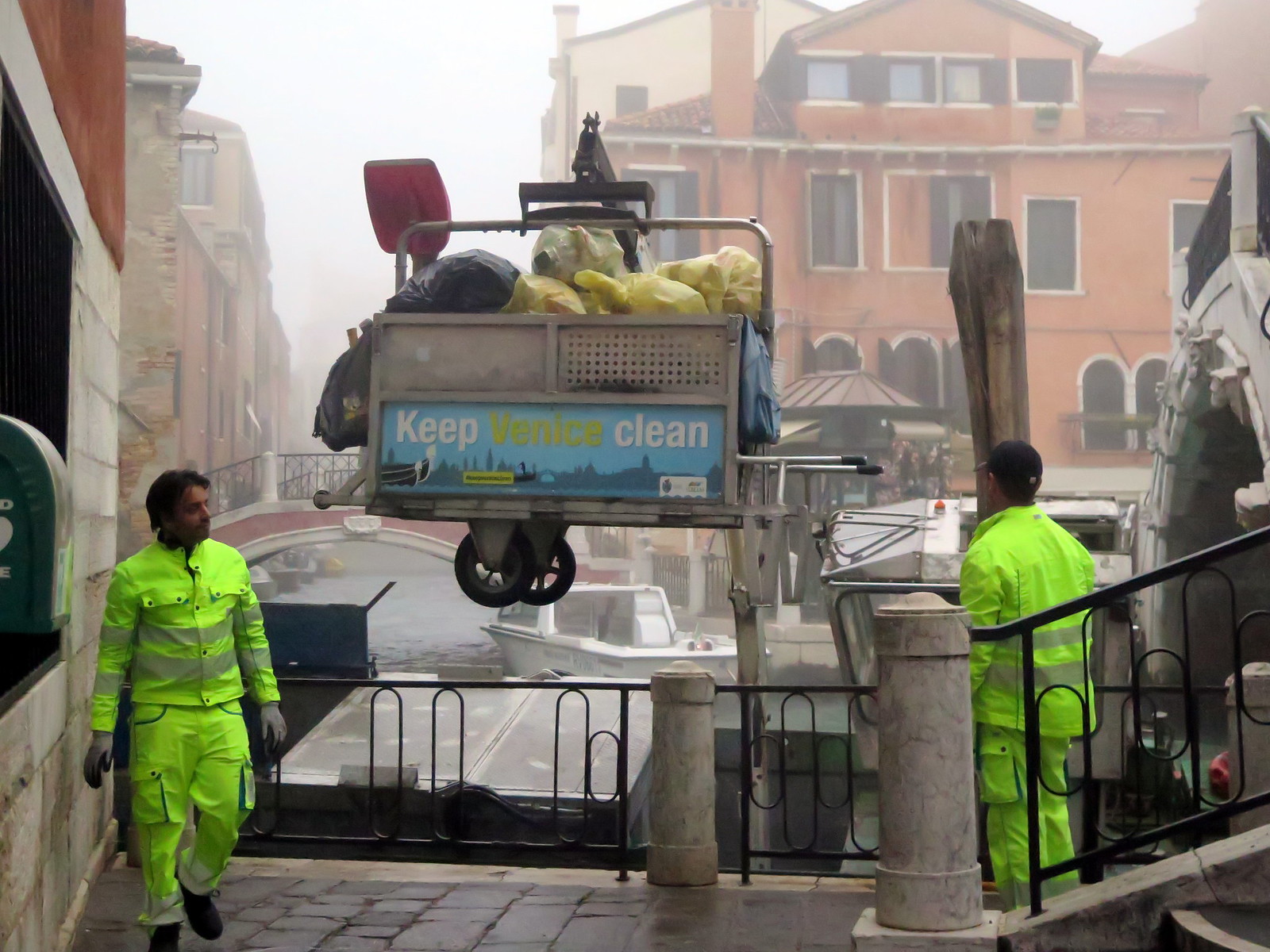 One of the major things that (probably) no one thinks about when they think of Venice is hauling out the trash. We sure didn’t, so when we saw these garbage boats roaming around in the morning hours, we were amazed. They’re a lot like the crane boats, but their cranes have only one job – to lift and empty the garbage carts. 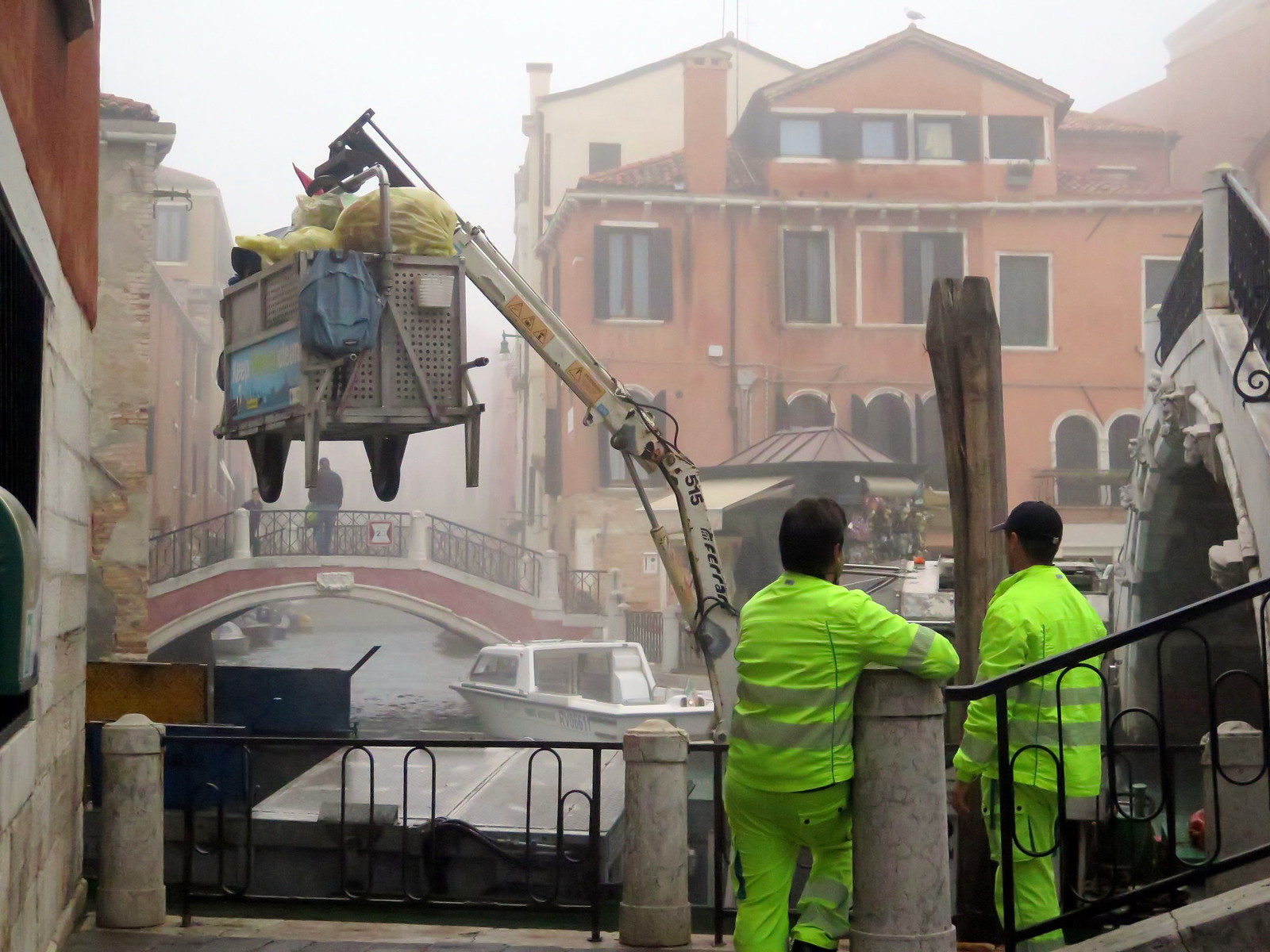 The carts are slim and on wheels. Workers run them along alleys and across plazas to the various businesses and residences, collecting trash. When the cart is full, they run back and drop it off at the boat, which lifts the cart and through a door in the bottom, empties it. In part because they don’t have a lot of time to cover the island, and because their carrying capacity is relatively small, garbage day is every day. Like the fresh food, the fresh garbage needs to be carted regularly – there’s no place for storage like there is on the mainland. 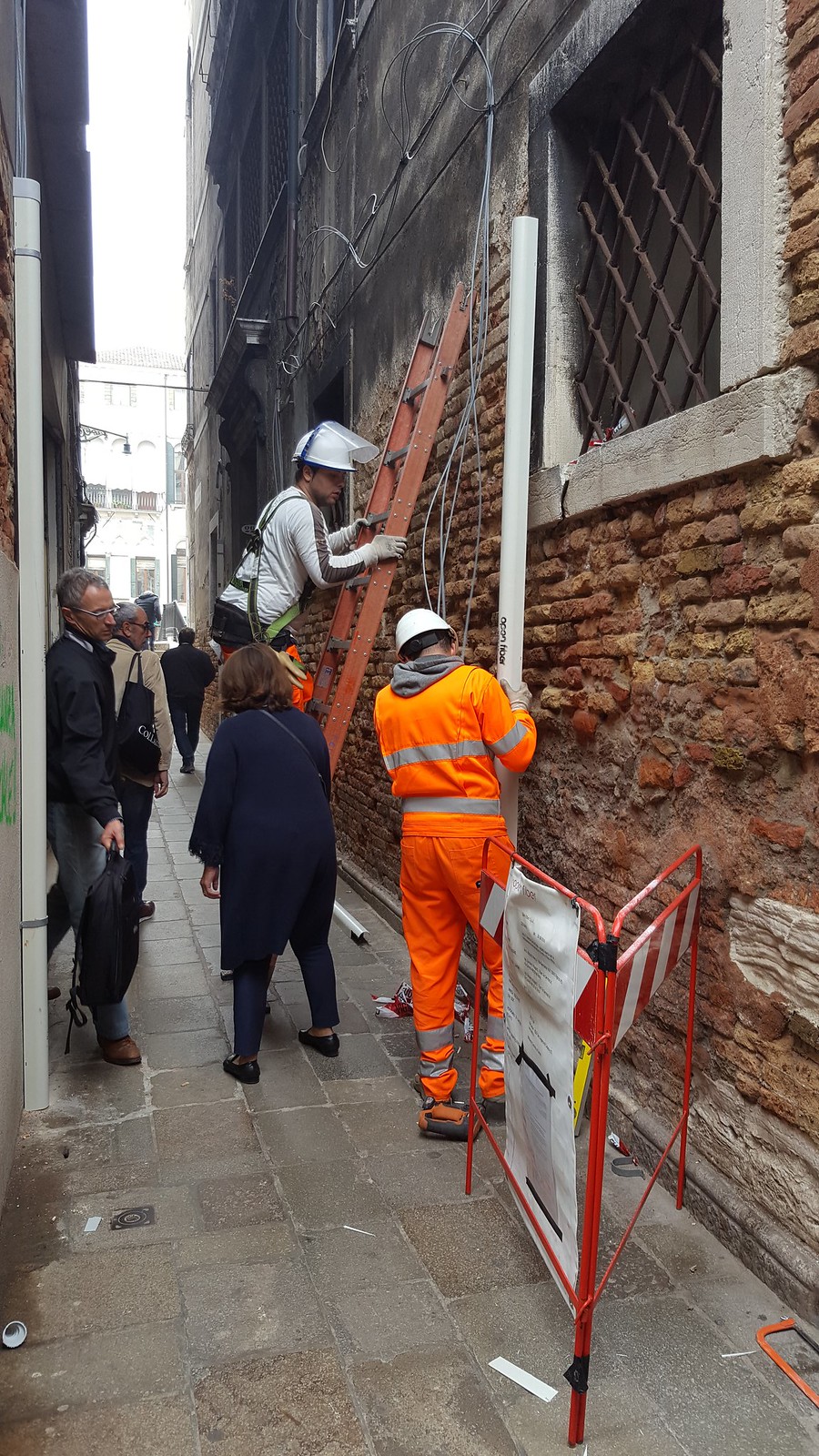 It’s not just on the water that the city gets repaired. These workers are installing phone and internet cables – it’s very cool to see Venice wiring up for the future. 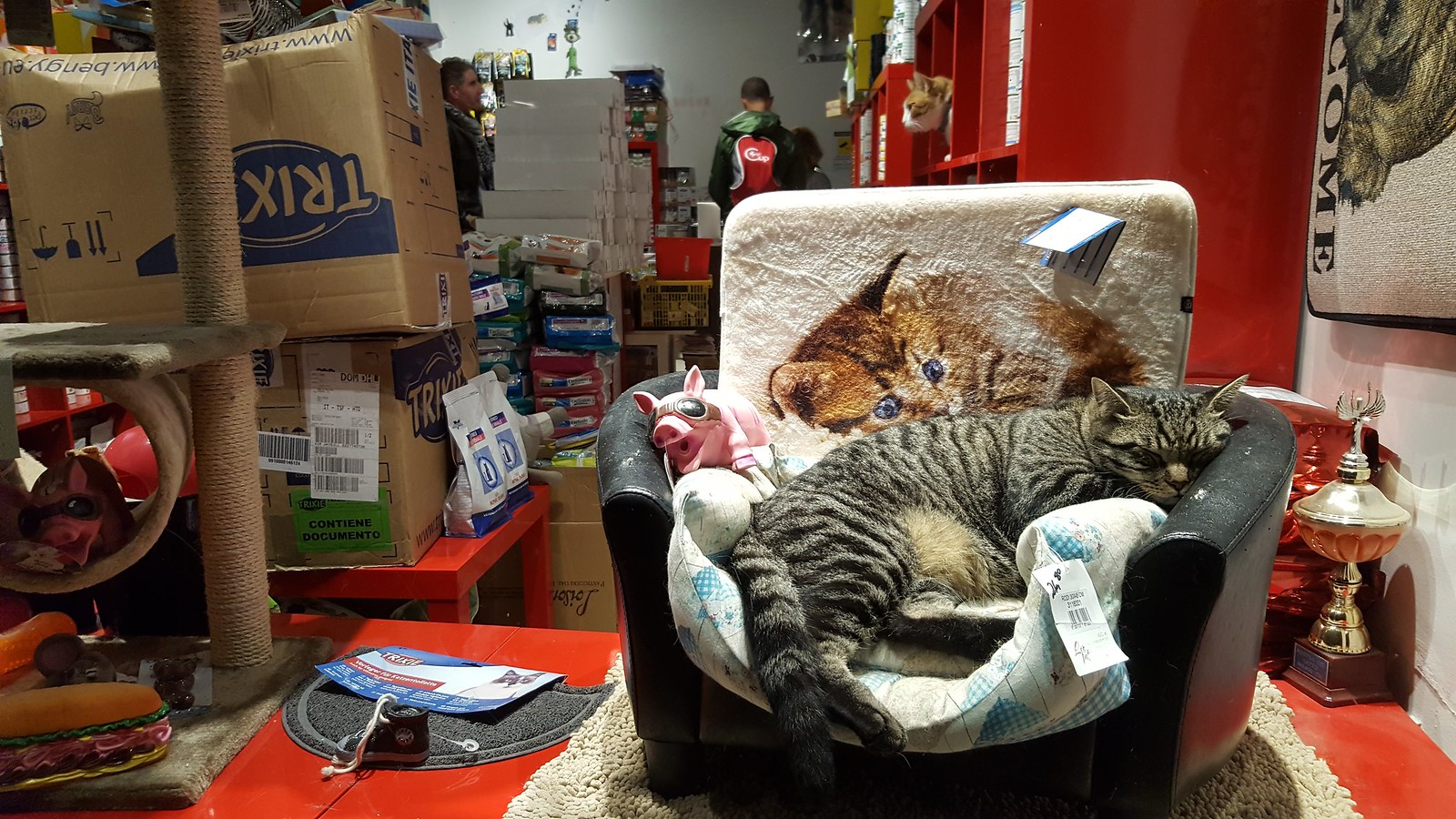