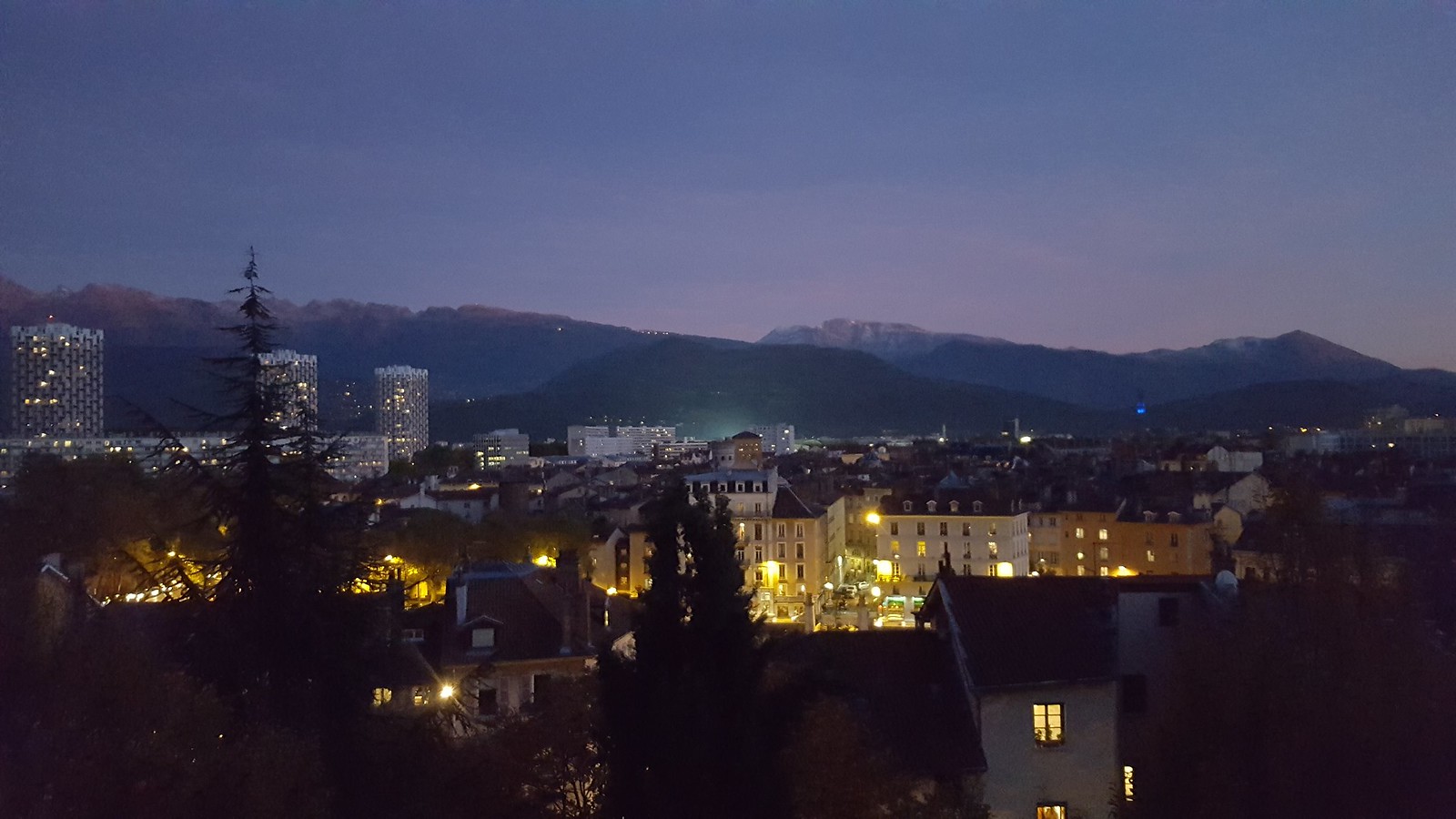 We really enjoyed visiting Grenoble. It’s a great mix of industrial, college, tourist, and residential. There’s a bustling downtown shopping area, a massive visitors’ center with maps and advice for hiking and skiing. It’s close to a trio of mountains and has a fairly extensive public transit system, but is also small enough that crossing the city is a half hour affair on foot. 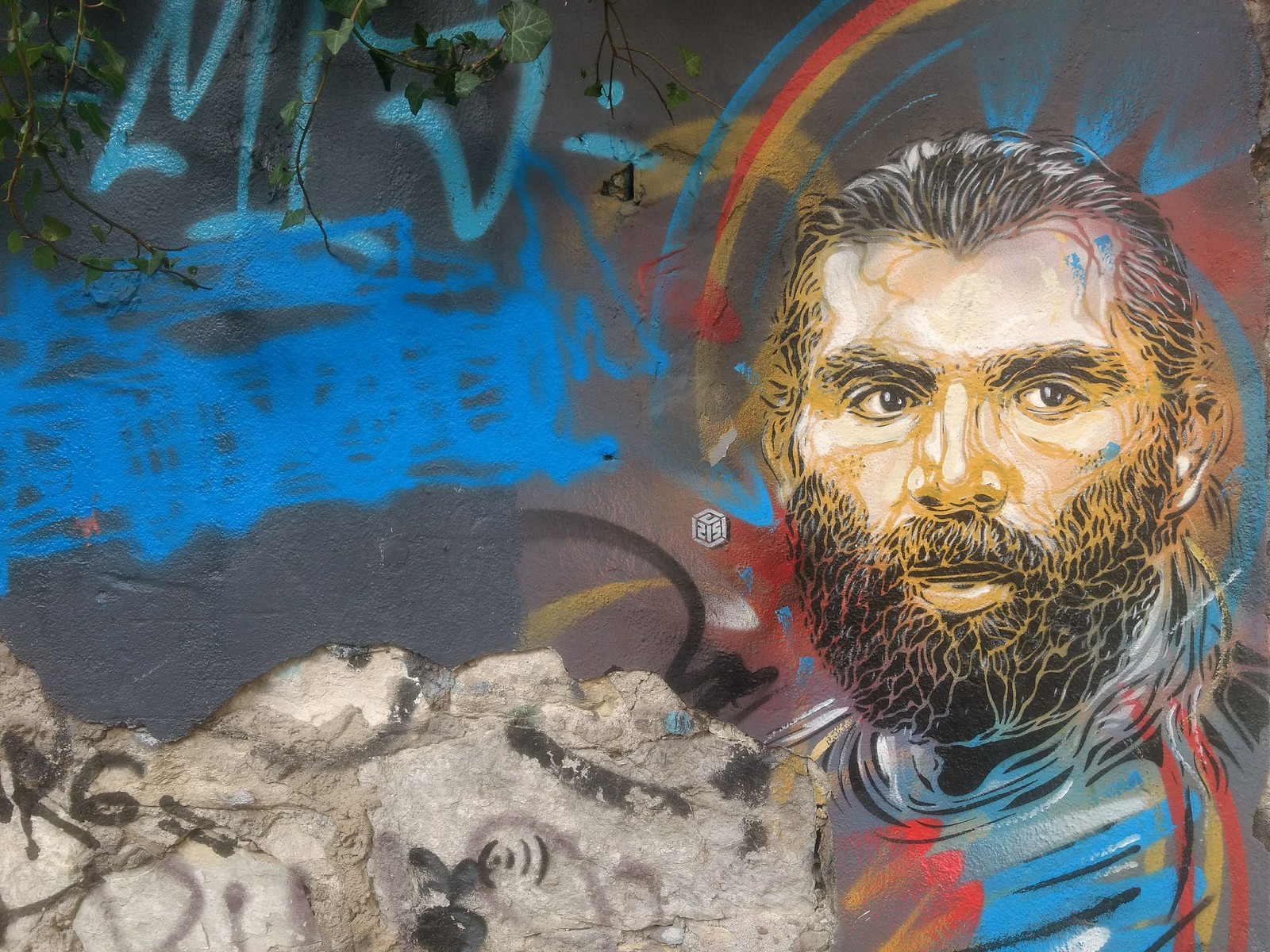 Its streets hold tiny cafes, repair shops, board game stores, and lots and lots of street art. Almost every area had at least something on the walls, usually fairly pointed at politics or the human condition, but often just plain colorful and weird. 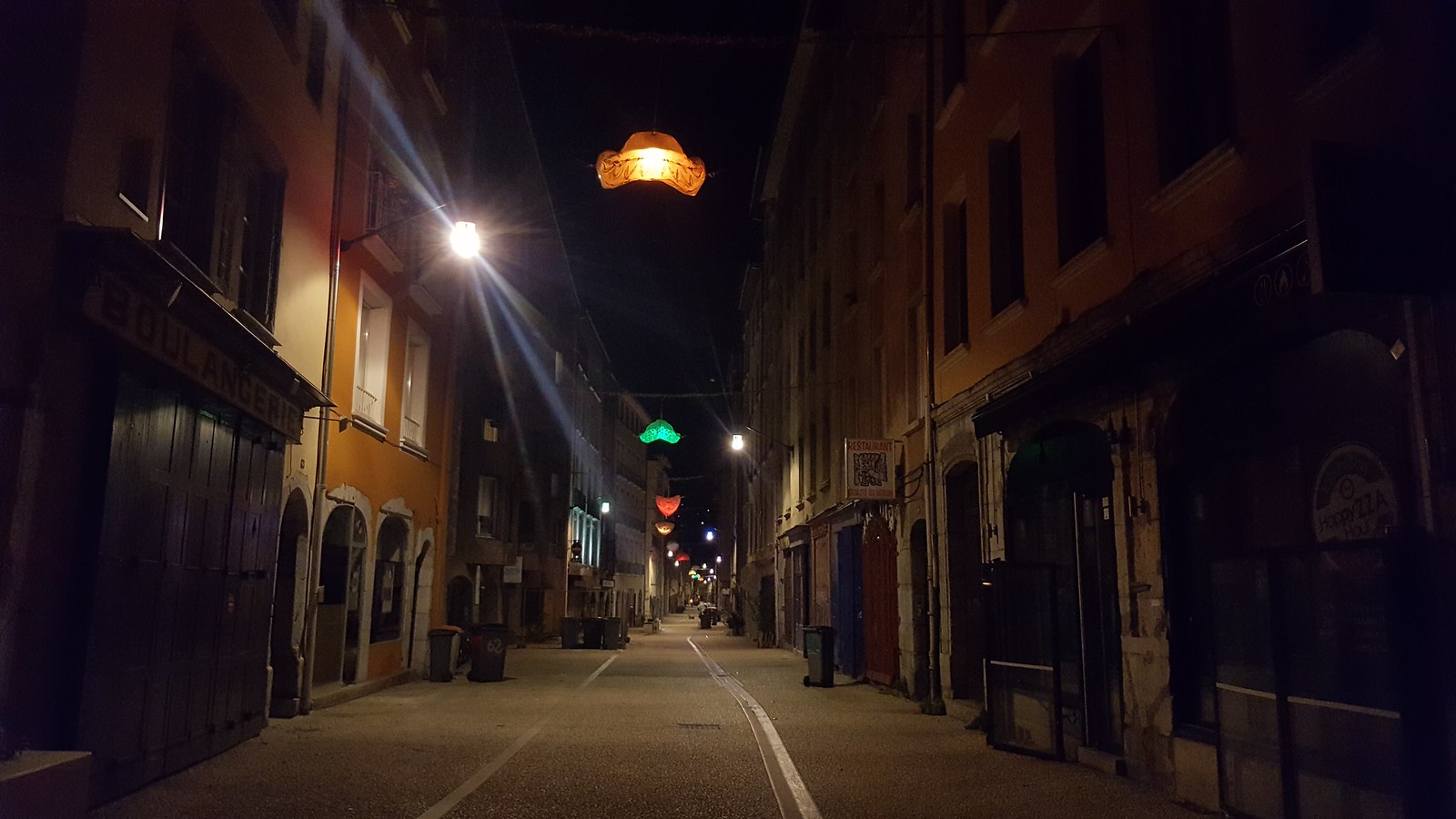 The city itself is clean with wide streets and beautiful walks.  Much of it is entirely pedestrian, night or day. 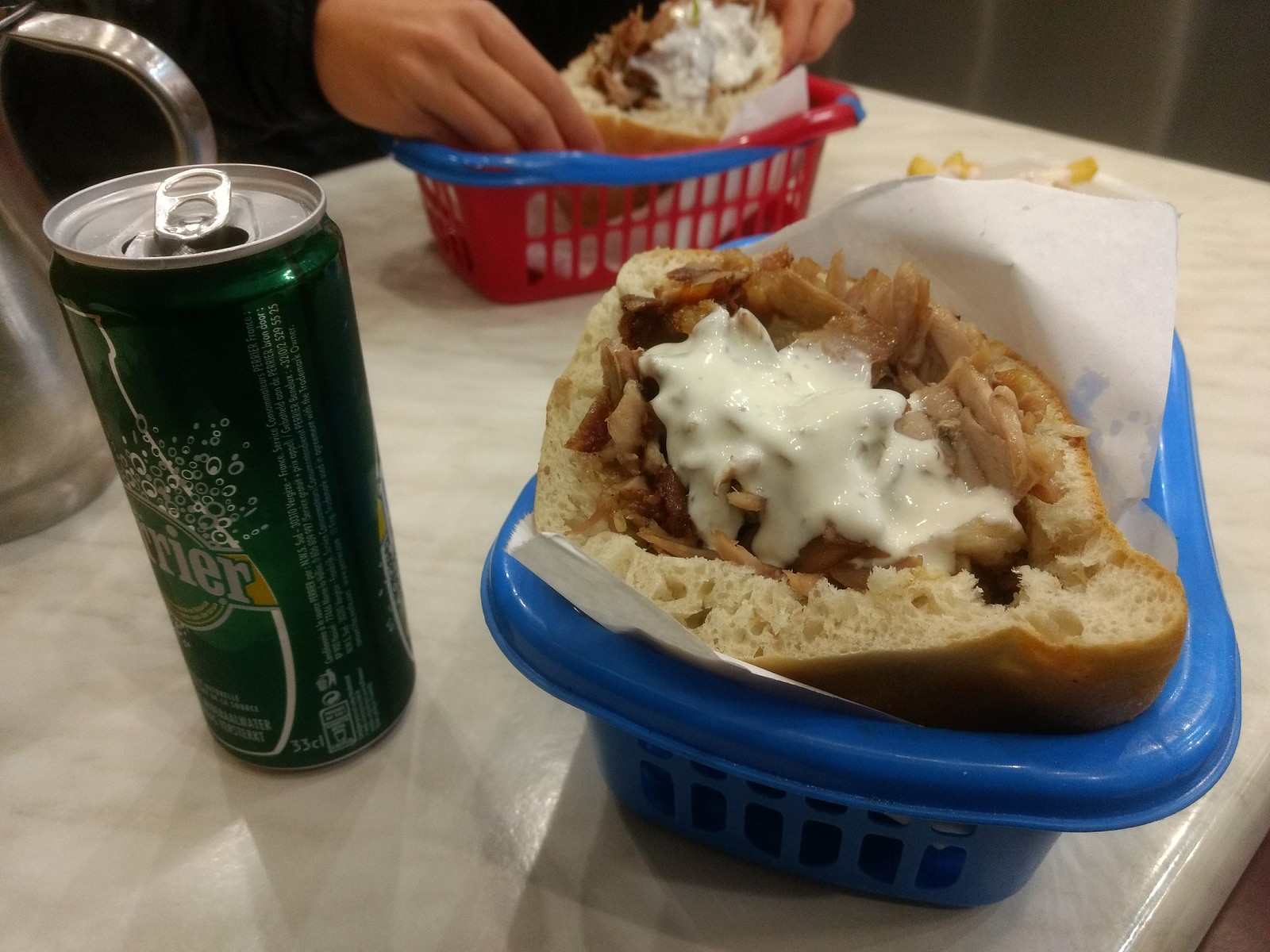 There’s also a delicious array of food. We’re not sure if it’s particularly varied for a town this size because of the college scene, or if this is normal in France, but we were able to find cheap, delicious food at all hours. A Turkish kebab and pita shop filled us right up one night, when the fancy but apparently affordable french cuisine restaurant was booked full. Since there are so many people out and about, the smaller places tend to fill up. France continues the Italian custom of eating and talking for hours. 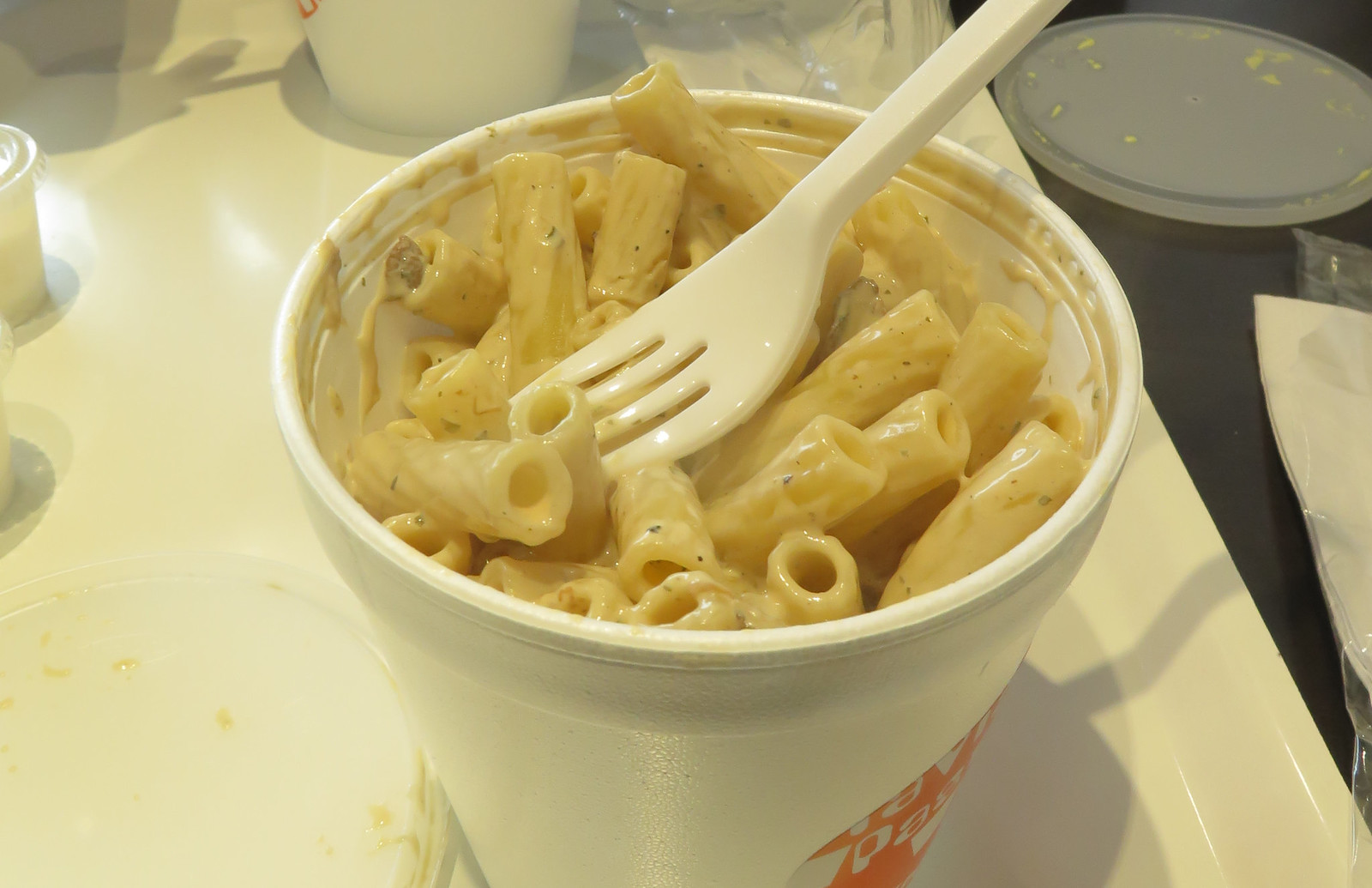 Another great place we went to was a pasta shop on the main drag. A definite french twist on the Italian staple, we tried a variety of their sauces – the bolete and almond was our favorite! 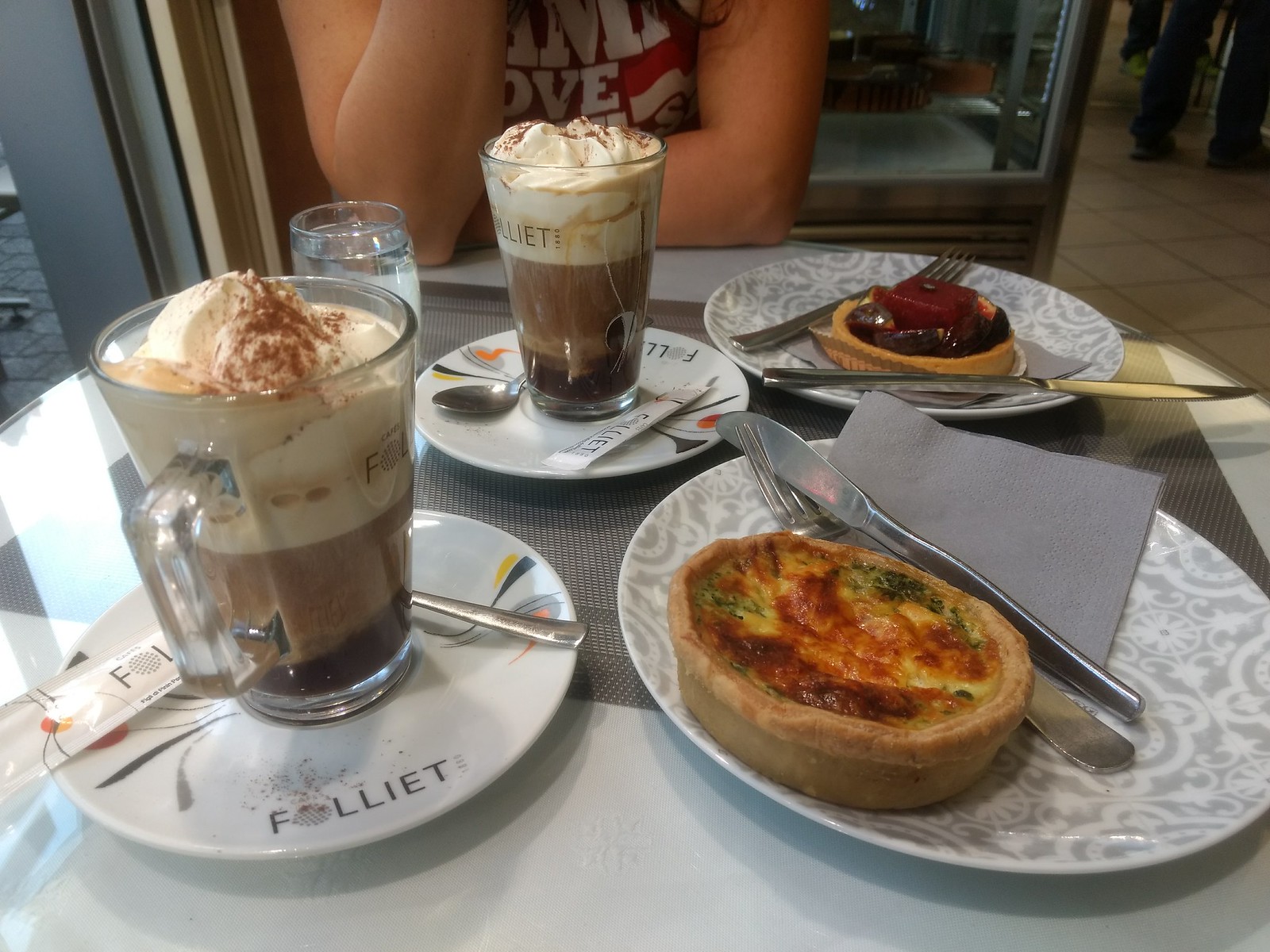 Just around the corner from our hotel was a lovely pastry shop. Not only were the desserts and drinks amazing, the staff was also super friendly. When it became clear we spoke barely a word of French they were happy to chat in English, and even let us practice our pronunciation! French coffee is not as good as the Italian, but they more than make up for it with their tea and pastries. 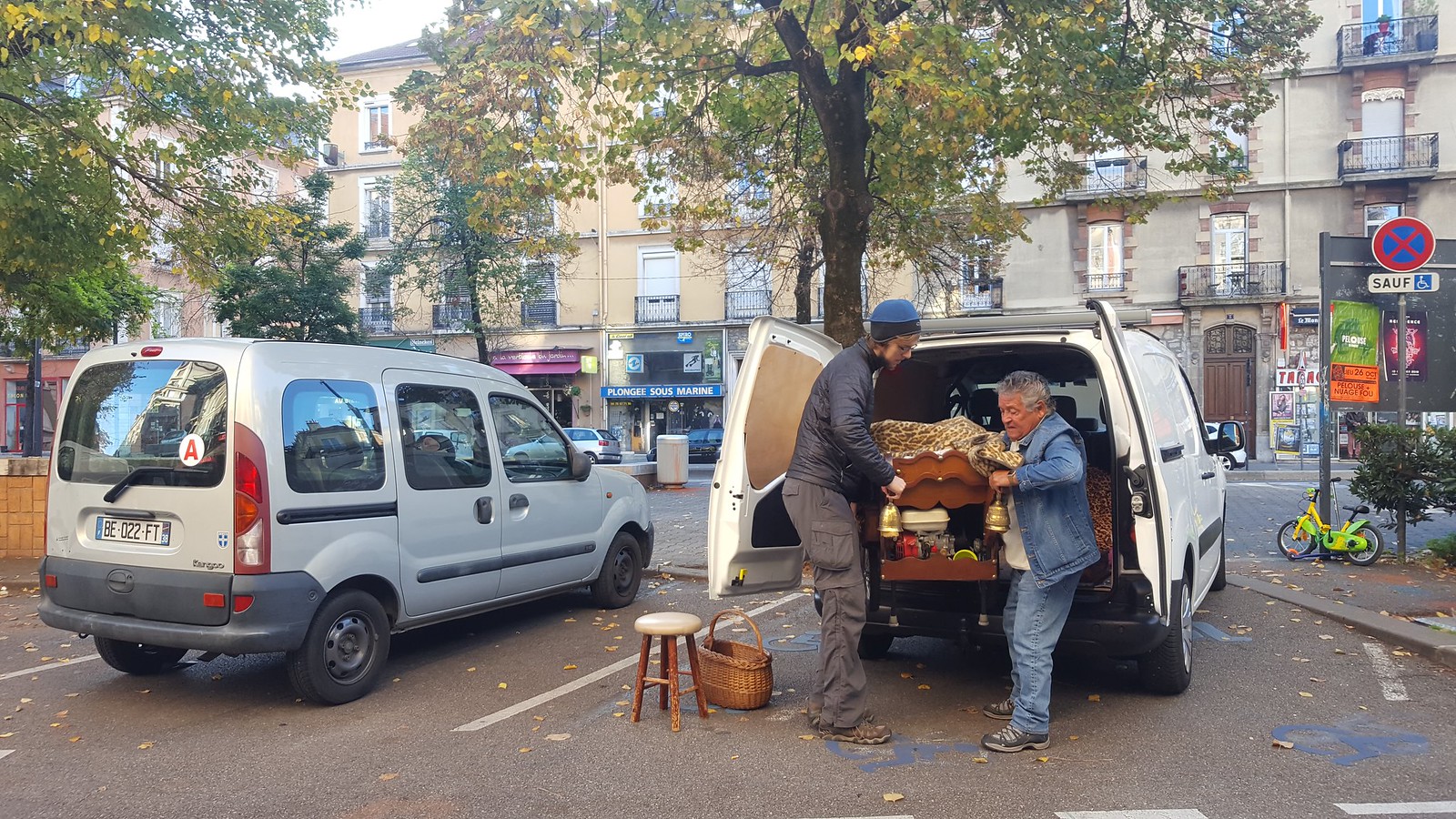 The people around town were genial. This gentleman waved me down to come help him carry his cart down from the truck. Smiles and waves later, I figured out he was a knife sharpener. We could have really used that, but by the time I ran back with out little kitchen knife, he was gone into town. 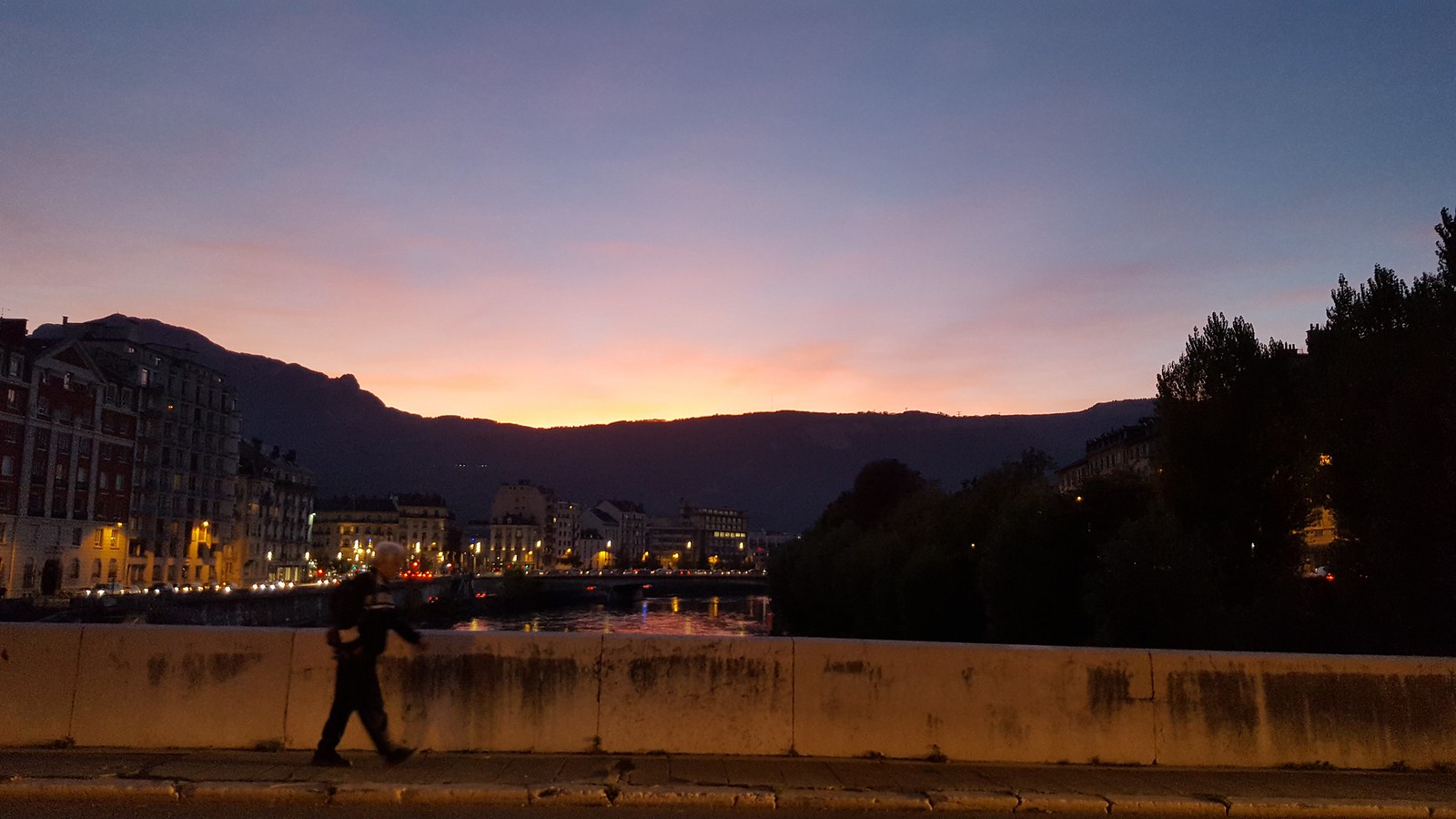 We’re not sure if most French cities are as nice as Grenoble, but we really want to go back. It was just the right size to explore, and full of friendly people. There were lots of trails around town, and the food was always good and often affordable. We couldn’t find a hostel, but the hotels we saw were neat and not overly priced. It was a great first stop in our journey through France.