I’m a scientist by training, and traveling 24/7 provided ample time to observe the world and its people. Free from the mental burden of a daytime job and (most) academic obligations, I did and watched and spoke and thought. After a year , here are three things I have learned from my travels:

One: People are generally good.

It’s easy to be cynical about people in the world, now moreso than ever, so it’s easy to dismiss this first one as some bland attempt at higher moral values. But the goodness of people and their willingness to help when you need it is one of the most humbling and powerful parts about real travel. From the guys who picked us up as hitch-hikers stranded in central Java and refused to accept what little money we had to our cabin-mates who generously shared their food with us on the trans-Siberian rail between Ulan-Ude and Krasnoyarsk, people were incredibly kind to us when we needed help.

And it wasn’t that they felt we were in a position worse than theirs — as foreigners travelling, we are clearly well off and could repay them. We could have easily repaid the women in Goryachinsk who took us into their dacha for the night, or the man in Panama who paid for my bus fare when I miscalculated how much it would cost to fly to the airport and this was the last bus we could catch to be on time for our flight. They could tell we could repay, but that wasn’t the goal. Kindness was.

That being said, those who are most eager to help you often don’t have your best interests in mind. These are often people looking to ingratiate themselves to you and then harness reciprocity to get something from you in return. A great example were the luggage carriers in Probolinggo, Indonesia: guys who would hang out where the jeeps dropped off tourists and eagerly offered to help carry luggage. They not only expect a tip, but are often in cahoots with men who sell fake tickets at the bus station and will direct you to purchase tickets from them, expecting that their first favor to you will blind you to what’s going on. In these situations, I often got a “weird” feeling that was difficult to ignore, and it was worthwhile to listen to it.

Two: Water is a problem everywhere.

“Water, water everywhere, and not enough to drink”. We may live on a blue planet, but nearly everywhere we went there seemed to be less water than ever before. Locals in Cartagena and Medellin noted it was a dry year, while friends in Australia spoke of drought and described this year’s wildfires in New South Wales. The trees in many cities and towns in Bulgaria showed signs of water stress, with curled brown leaves and wilted young branches. And driving through France, it was hard to miss the chalky white marks along reservoir edges marking old water lines, now feet above the current water level. Much of the world is getting hotter, and drier.

And where there is water, it is often polluted or perceived as polluted. Of the 28 countries we visited, we had to drink bottled or filtered water in more than half of them. We purified our water in Mexico, Central and South America, all of Asia, and parts of Eastern Europe because we were advised not to drink the tap water. Even in places where we were told the tap water was fine to drink in Chile and parts of Russia and Central Europe, we would often find locals drinking bottled water. Even if the water is drinkable now, in many places people don’t trust it because it wasn’t drinkable before. That’s a hard mindset to change, especially when people don’t see it as a problem to solve but an inevitability.

Three: It isn’t just the poor vs the rich, it’s rural vs urban.

The wealth disparity in the world is another thing that’s hard to miss when you’re traveling, regardless of what country you’re in. The paradigm of the poor versus the rich is an ancient one and continues to this day. But now there’s a twist: it’s not just poor versus the rich, but it’s the rural versus the urban population. Nearly everywhere we went, the poorest people in the cities still had far more opportunities and resources than the poorest people in rural areas. Those who can travel to cities to work and sell goods, packing buses, trains, and roads.

This divide in wealth makes sense, because historically anywhere a concentration of goods and information arose a city would follow, and in turn a city would seek to increase the amount of goods and information at its disposal. But now there’s a new twist: information flows more freely than ever before out of cities into rural areas. 4G phone speeds may not be accessible everywhere, but you can surf the web in towns along the Baikal shore in Siberia and get cell signal in the Andes. Rural people (and everyone, really) have faster access to more information than ever before — including clear representations of life in the city, with all of those resources, with all of that wealth.

They know what they’re missing out on, and that can’t feel good. The next challenge for us in tackling wealth disparity will be to build technology that facilitates the flow of goods more easily to rural areas. Otherwise we could have a lot of angry people on our hands. 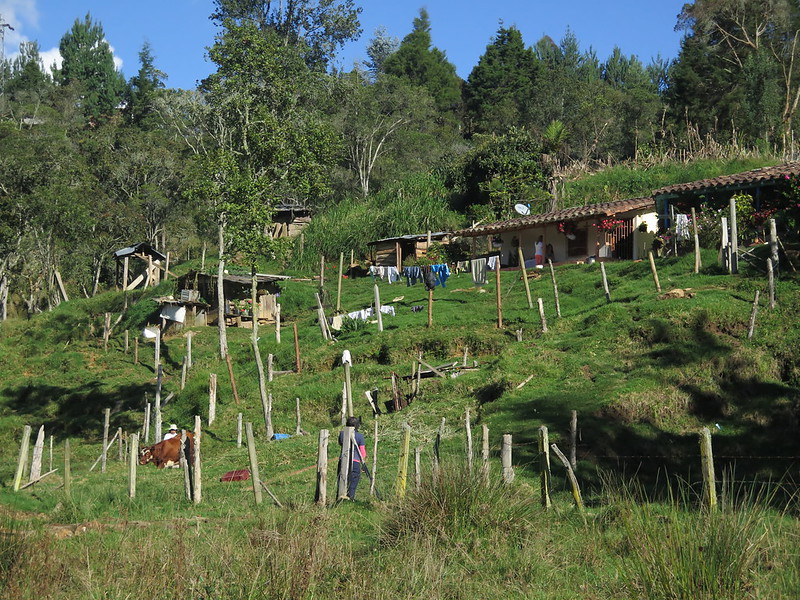 Natalie Jing Ma is. View all posts by Natalie