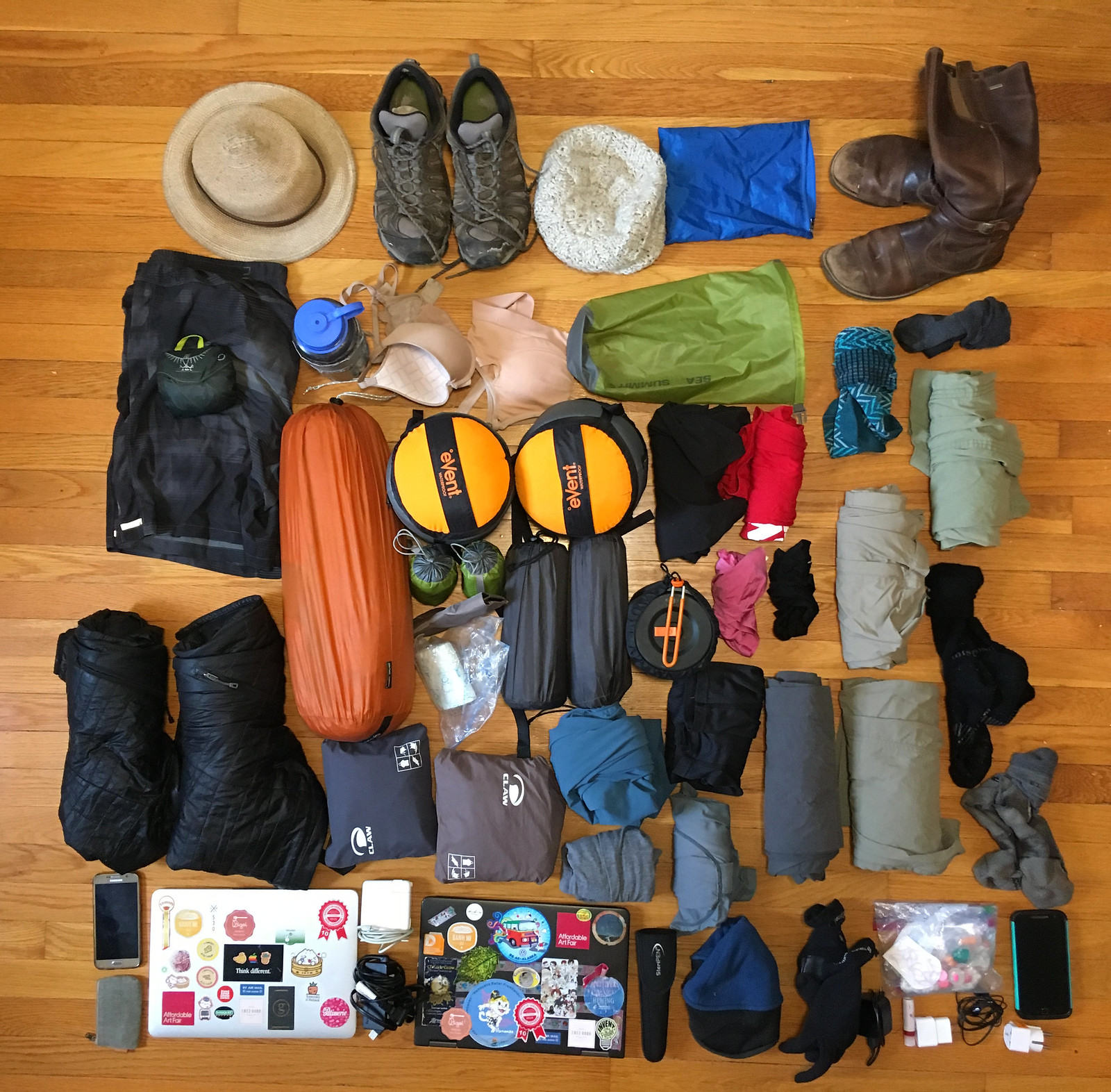 I love making gear lists for trips, it’s one of my favorite research and relaxation hobbies. Usually it’s trying to get a suitable set of camping gear under very tight budget constraints, and not terribly worried about weight. This works great for a few days in the woods, but one year around the world living out of a pair of backpacks? How do you even begin to plan what gear to take? This is what I thought about during the month it took me to pull together a final sheet of gear, most of which we wound up carrying around the world, and some of which we left and lost along the way.

First I laid out what I thought the most important criteria were, sort of ordered by strictness.

Step 2 : What did we actually need?

For this step I made a big list of generic items. For example, I wanted to have two pants and three shirts, so I added 2 spots for pants and 3 spots for shirts in my spreadsheet. I racked my brain for every last item I thought we’d need or want to carry, and this is what I came up with for one person.

With my spots ready, I went and read reviews, checked prices, weights, read about durability and gathered just as much data as I could on a wide variety for each spot. I eventually narrowed most of everything down to a few items and we went to try on a small selection of pants and shirts and everything else. I wanted to try on everything before buying it, so I limited us to what REI had in stock. For the tents and other camping gear, we went to the store and tried pretty much everything they had until we were satisfied with our collection. 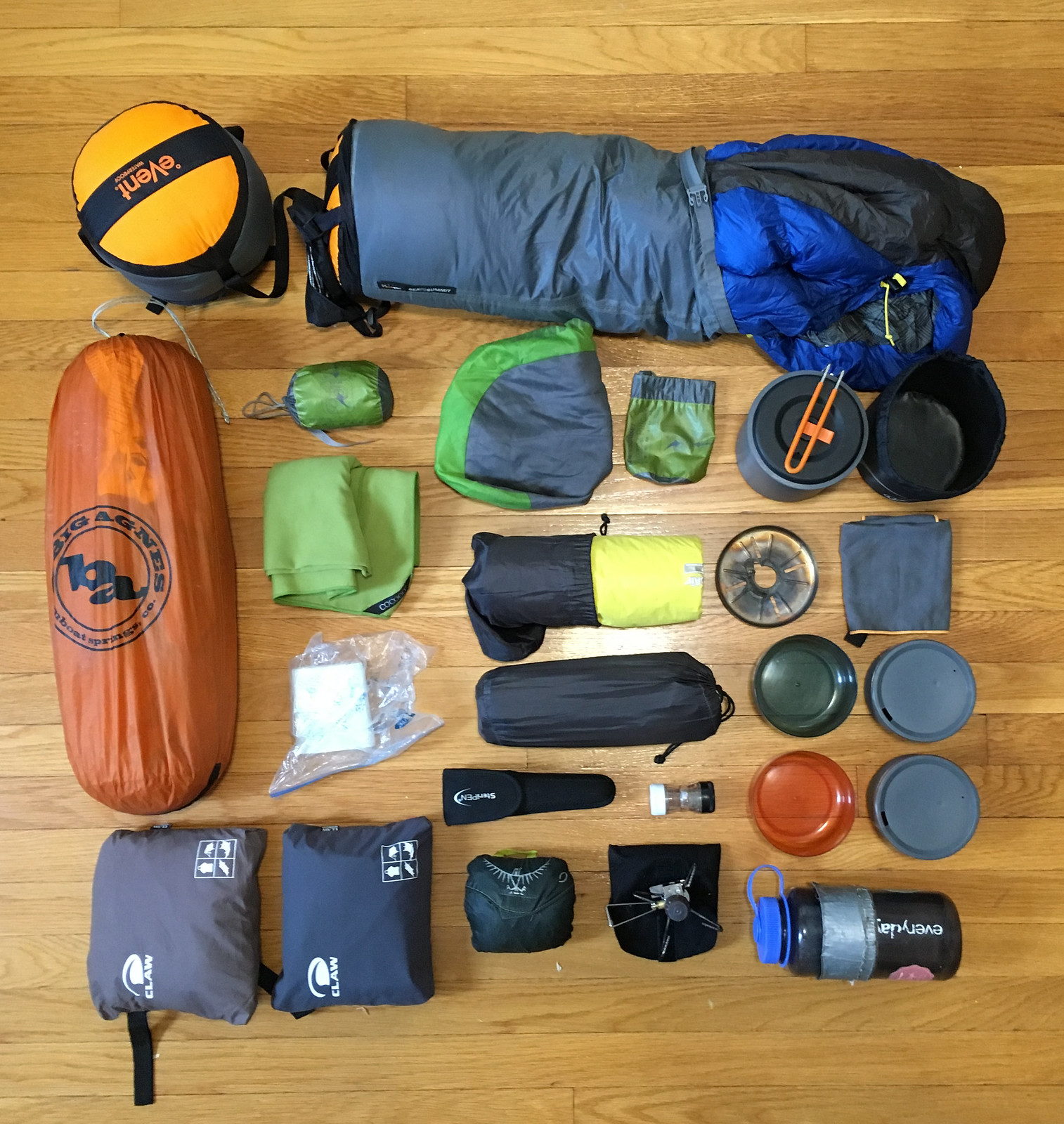 Let’s talk about camping gear and traveling. First, we were super thankful we had our tent in all sorts of places, not just on the mountain or out in the wilderness. The gear we carried let us do things like : rent a much cheaper car in New Zealand, because we could sleep outside; walk along the edge of lake Baikal for a few days and not have to worry about reaching a town to find a place to sleep; be comfortable in any hostel and many busses, because we had our own blankets and pillows; cook a meal anywhere because we had our mess kit with us. That said, I would not bring much of the same camping gear if we were not specifically planning on at least a few through-hikes. I might also take the option of renting or buying very cheap gear on the spot for outdoors adventures – plenty of other travelers did just that.

After deciding for sure that we wanted a tent and the associated gear, I set about finding a budget and weight conscious kit. Our final gear choices :

The general category, our choice, and the weight in oz and lbs.

About 12 lbs total, and pretty much the majority of the volume of our packs. The biggest outlay was in the tent – almost $500 for the toughness, size, and light weight. It’s not ultralight by any means, but this list makes for a solid foundation that, with a few lucky sales, didn’t break the bank. We purchased these in August and September and caught a big REI sale. I would definitely recommend making a list in advance and purchasing as things come into discount.

Of the items on this list, the only one I cannot recommend is the First-Need XLE water filter. We were in Peru, in a tiny mountainside town waiting for our first long hike to begin. On a whim I decided to test the filter with their provided blue-dye test. It failed, then failed again, and again. I don’t know when the filter first broke, but it definitely was not working when we needed it, and the company did not respond to any of my emails about it. We went on the hike anyway, and met with a pair that had a Steri-pen. At our first opportunity (Australia) we bought one and have been super happy with it ever since.

The rest of our gear performed flawlessly. The REI sleeping bags were great 20 degree bags that stuffed down to the size of a melon, and with layers they could readily make us toasty in the coldest weather we encountered. The NeoAir Xlites were loud but rolled up small and never gave us any trouble with punctures, though they did start growing a bit of mold at one point. The SeaToSummit pillows worked great, we still use them – I opted for the slightly heavier and more expensive version made out of soft and quiet fabric instead of polyester. The Halulite cooking kit served us great, tucking itself away into the pot and having just enough space inside for the stove, a small towel, and some misc cooking items. The cup bottoms on one set did crack eventually, but they leaked only slowly and were still fine, even for tea. The tent performed admirably under a ton of rain. In some intense conditions it did eventually let moisture through, but never enough to really get us wet. I can’t say it’s the best I’ve seen, but it was light and relatively large on the inside while packing down quite small. During hot, clear nights, the canopy came off and the view was great. 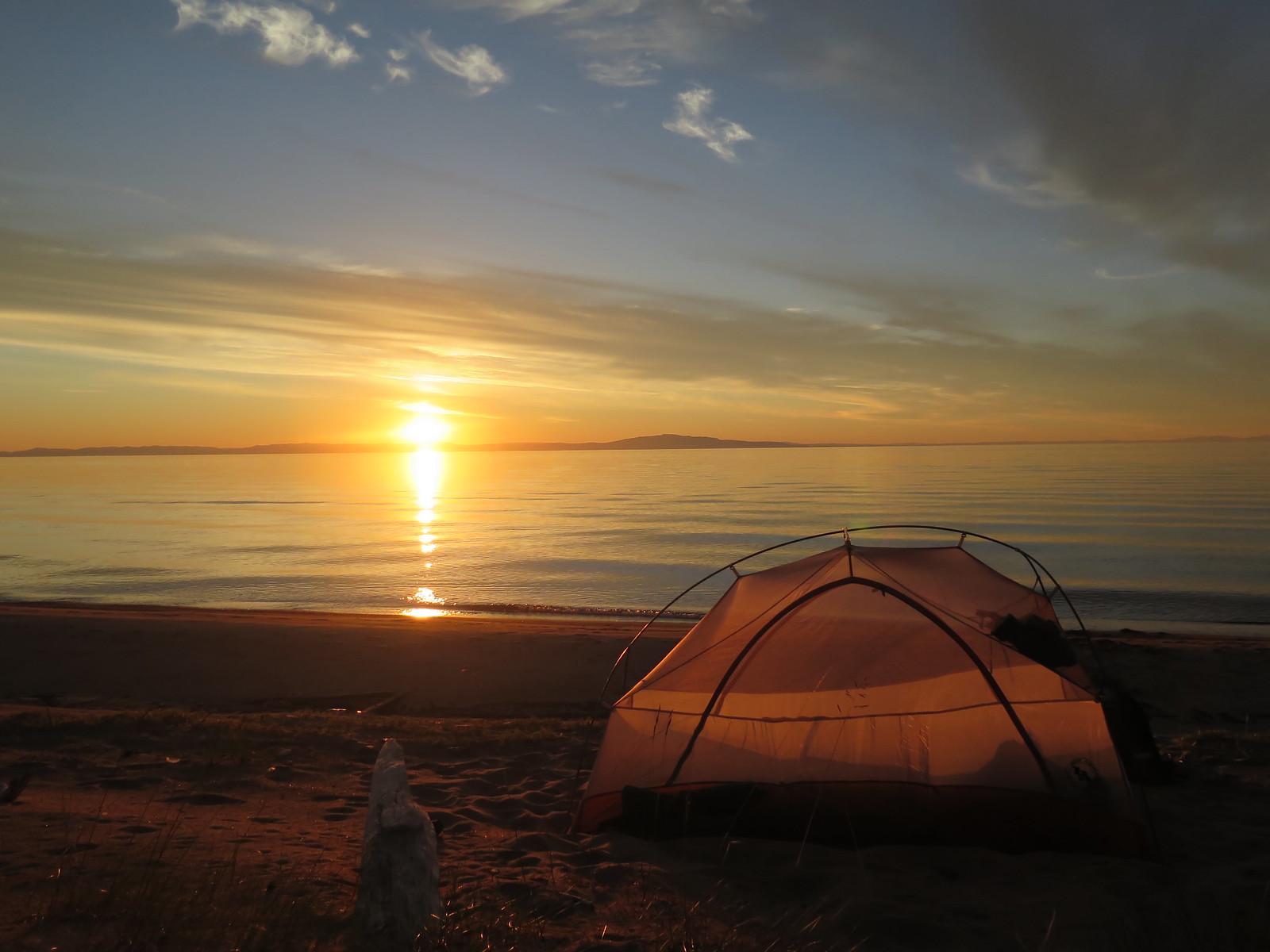 Next time I’ll cover some of the stand-out items and a few lessons learned on the road.