It’s winter here in present-day Boston, and working my way through these Russian summer photos is a unique form of torture for someone who’s never fully adjusted to winter being a season. It looks so warm and sunny and bright in the photos, and it’s so gray and cold outside. Augh. While I was busy longing for the eternal summers in our photos, I thought I’d put together a post of all the various Russian bugs we saw. I did one for Stolby Nature Preserve already, so this will be everything else. Now you can long for summer right along with me, or if you don’t like bugs, be grateful that summer is still a ways away.

One of the coolest things about Stolby was the abundant wildlife; there were so many different insects, birds, mammals found along the trails. Here’s what we found on our hikes in July:

The purple trail takes you pretty far into the reserve, so it’s not surprising that’s where we saw wolves, a six-pack to be exact (no, really, not kidding and yes, pun intended). There’s no picture here because a) I wasn’t fast enough and b) I took me a few seconds to realize the dog-like creatures in front of us were wolves. We simply rounded a bend in the trail and suddenly there appeared to be five german shepards 20 feet in front of us. My first thought was “who left their dogs out hereeeooh MY GOD THESE AREN’T DOGS.” because as I scanned left, I noticed a massive black animal at the front of their pack. They paused, sniffed the air, and then they loped off into the bushes. Stoytcho apparently spent the three seconds ouf our encounter desperately searching for a nearby stick, so yay, survival skills.

There are tons of Siberian chipmunks (Eutamias sibiricus) along the paved trail into the park because people feed them. I can’t comment on the ecological stability of this, but can say that the Russians know how to feed their animals. Everyone brings sunflower or other seeds for them, and any attempts to give them bread are met with strange looks. So at least the chipmunks won’t get diabetes. If you bring your own packet of seeds, you can get the chipmunks to eat out of your hand. 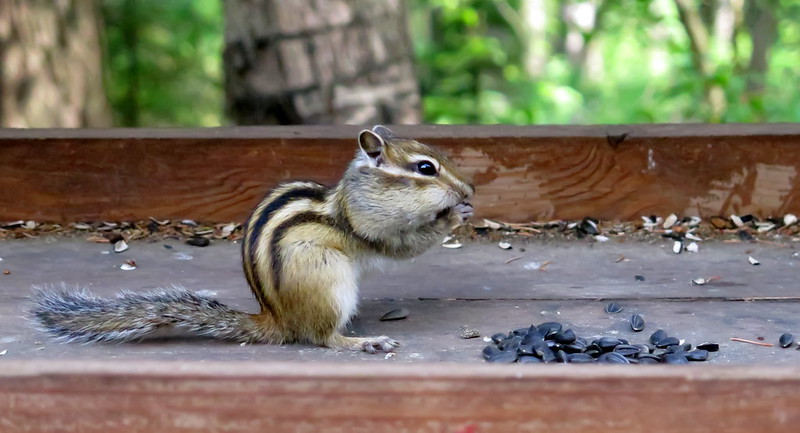 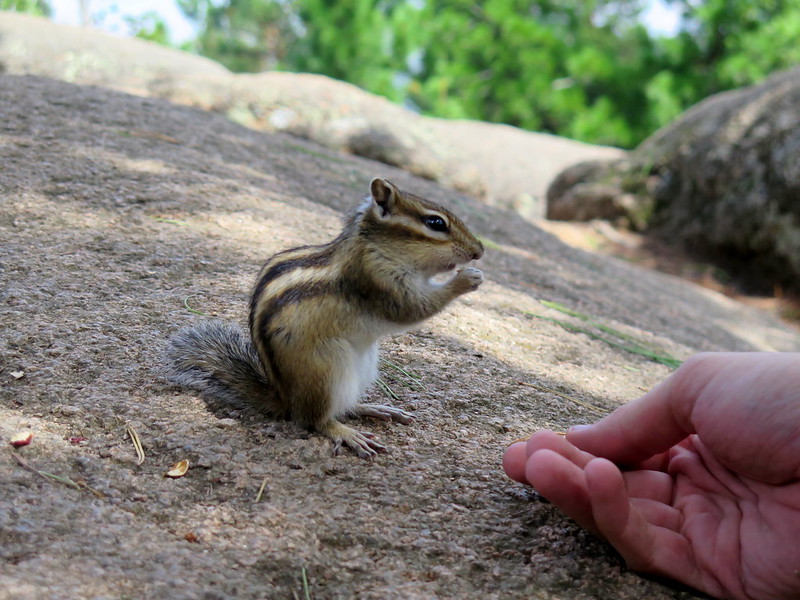 Strangely, squirrels are much rarer than the chipmunks. We encountered this red squirrel (Sciurus vulgaris) along the paved trail into the park. It was pretty skiddish, though it feasted on the same sunflower seed bounty that its chipmunk cousins loved. 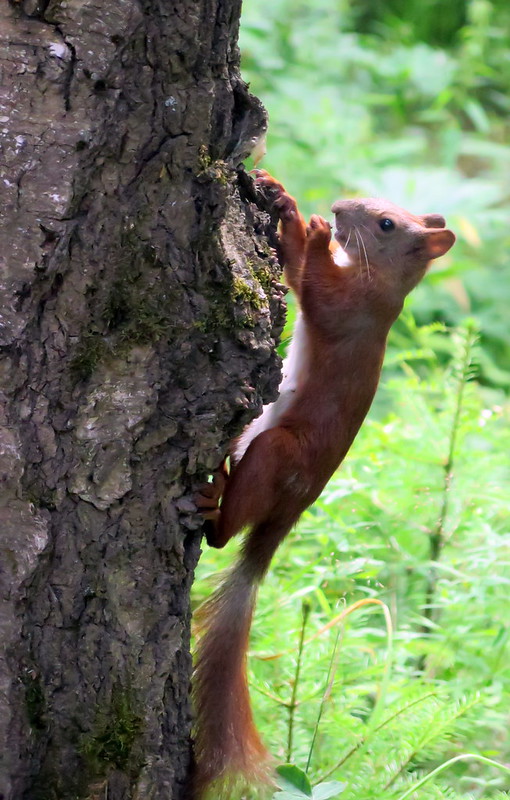 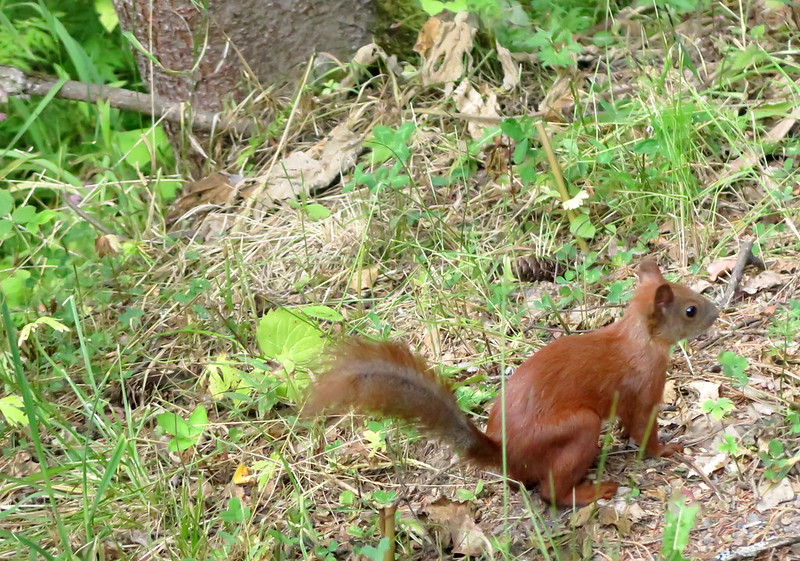 We’re not well versed in birds, though we did recognize when we stumbled too close to a hawk or eagle nest and the thing just wouldn’t shut up. If you visit Stolby, though, the most common bird you’ll see is the great tit (Parus major). It’s a pretty yellow and gray bird that also partakes in the bounty of seeds visitors bring. If it’s early summer, you might also see a fun show of adolescent birds demanding to be fed by their parents, despite the fact that they can already fly. 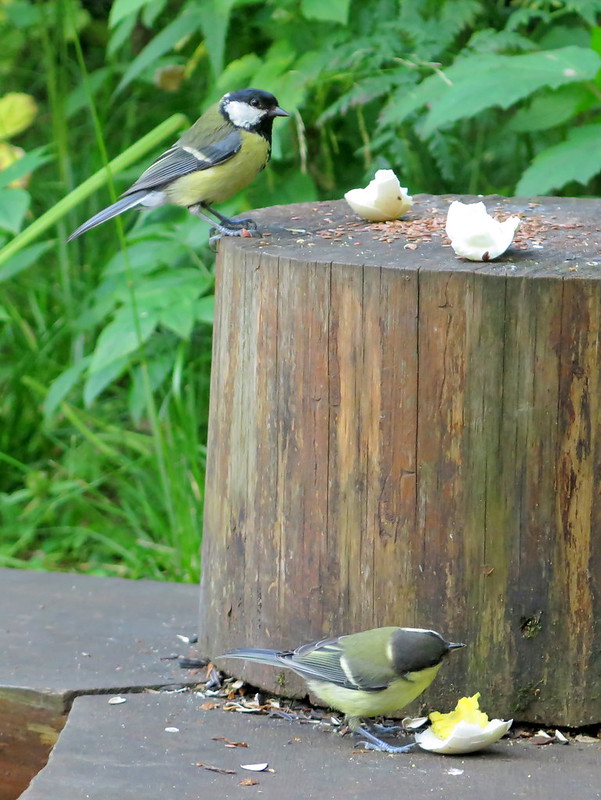 We saw a snake! Tally one to our sightings of snakes on the trip so far (this number is around a woeful 3 or 4). This one was crossing the paved path on the way into the park. My tentative guess on the species would be Elaphe dione, the Steppe ratsnake, according to a nature guide of animals in Transbaikalia. 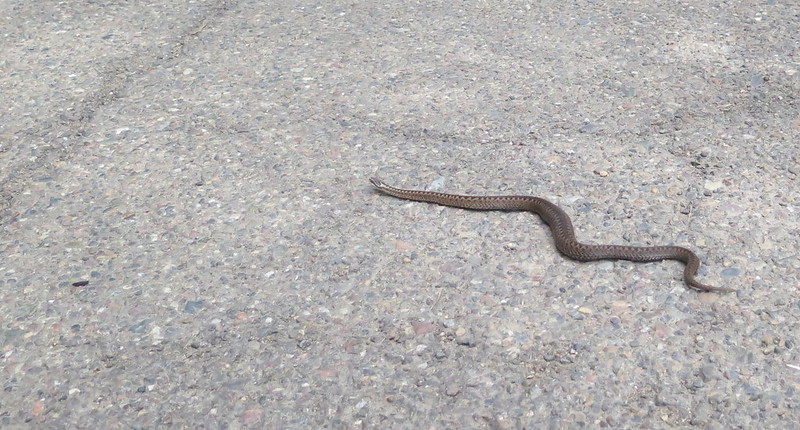 It’s summer and the biting bugs are definitely abundant. Besides mosquitoes, two things to watch out for are horseflies and ticks. The horseflies have bites that hurt like hell, while the ticks here can transmit some kind of encephelitis. Yay.

We found two ticks in four days of hikes, so they’re pretty common. The first was on Stoytcho’s clothing while hiking the (blue?) loop trail to all of the climbing rocks. The second was on me. We climbed part of Manskaya Stenka on the purple trail and on the way back down, while clinging to tree roots I felt a tickle on my belly. I freed one hand and pulled my shirt up to find a tick crawling its way across my stomach. Fighting the frantic urge to flail, I kept one hand on the tree root and used the other to flick it off and FAR away.

So yeah, watch out for ticks. 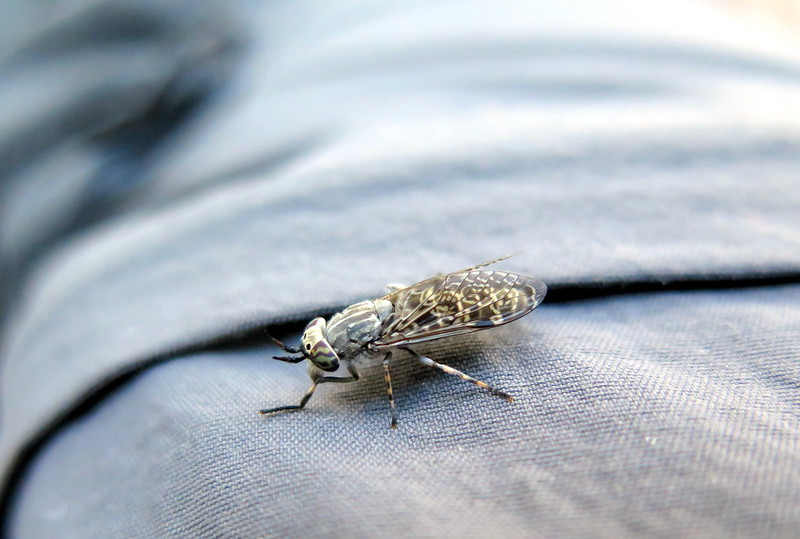 There are a plethora of bugs in Stolby that don’t bite and can be downright lovely. You’ll encounter a lot of beetles on your hikes, with the largest and most common being black-colored scarabs that shimmer iridescent blue in the sunlight: 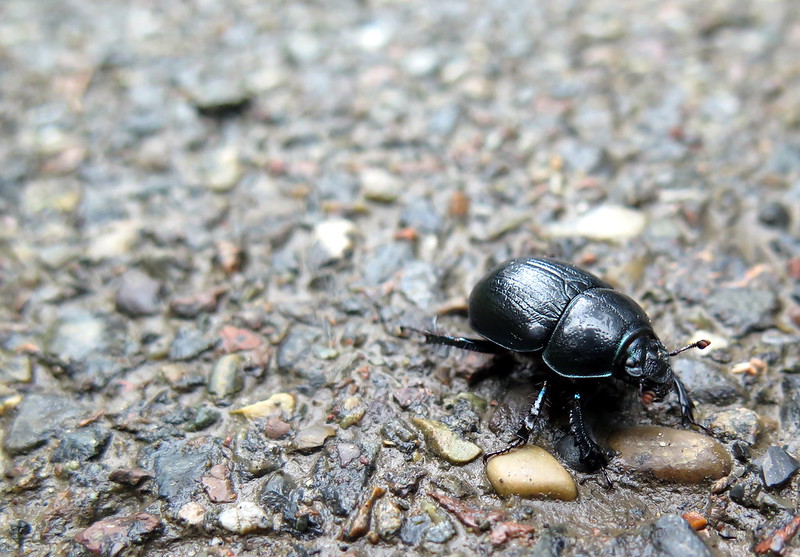 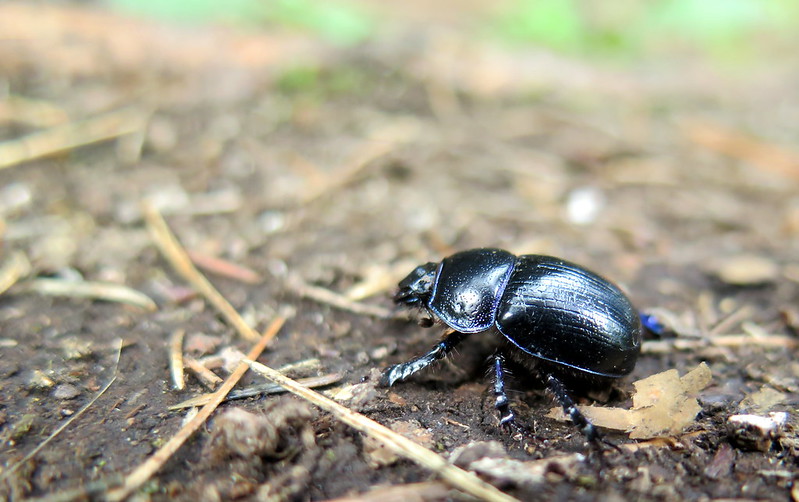 Then there are a variety of ants, including the near-universal golden carpenter ant and ‘farmer’ ants that tend to their flocks of aphids: 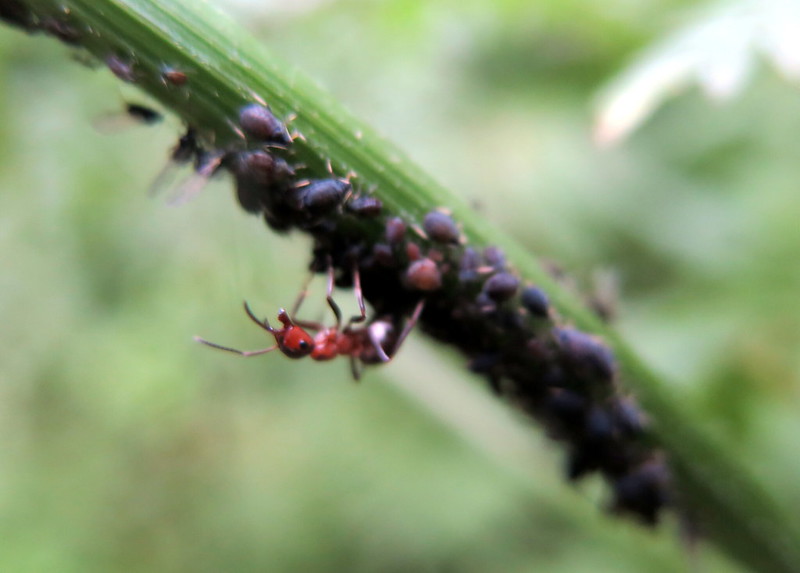 I had no idea what these insects were–they’re probably some kind of nymph and not the mature adult–but they would cluster together on railings along the trail. When disturbed, they would shiver and scatter in unison: 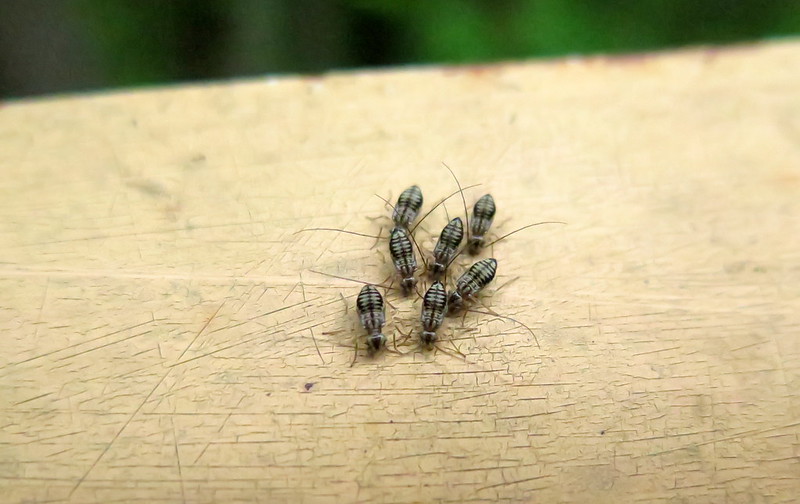 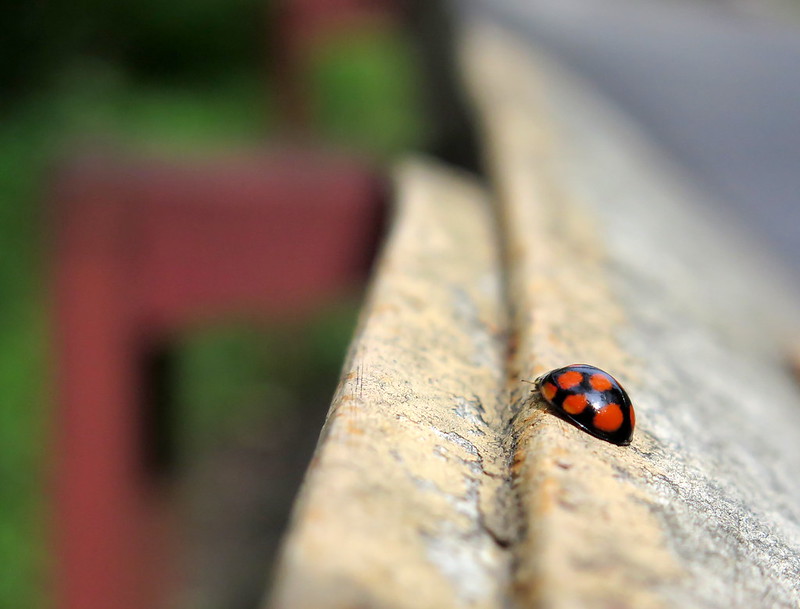 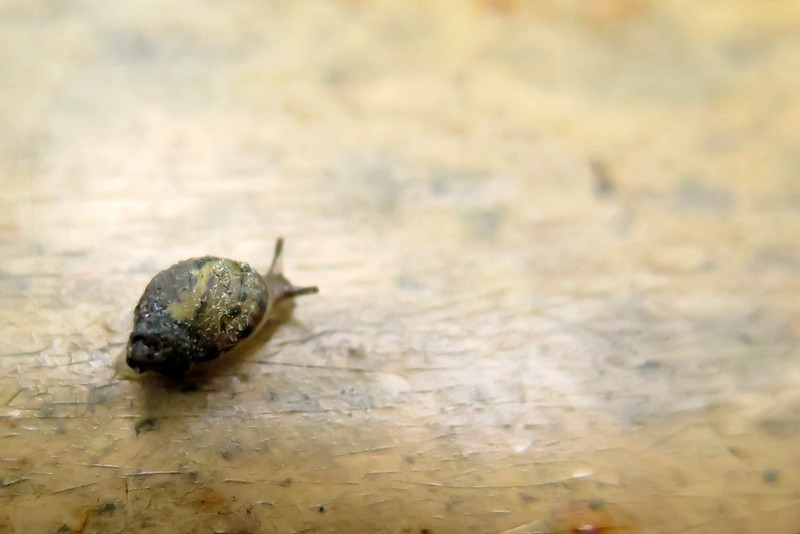 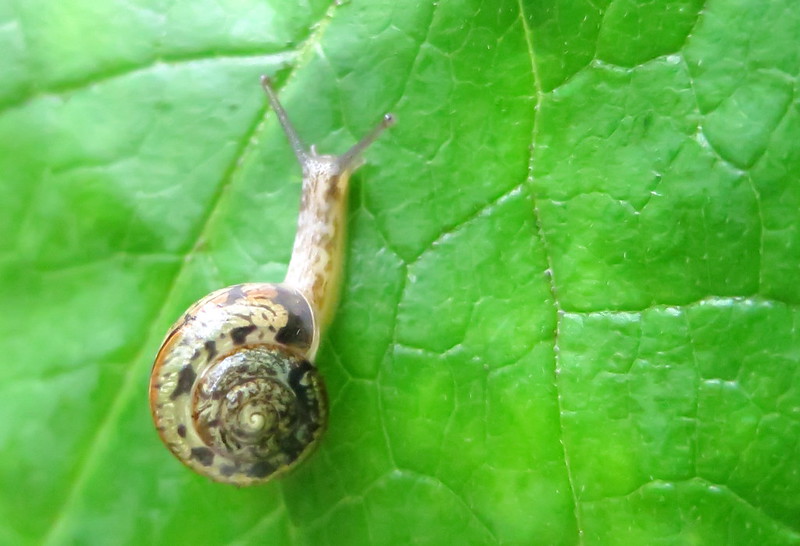 It’s summer here in Japan, and that means bugs! Really big, really cool bugs! So to celebrate, here are some of our best bug pictures: 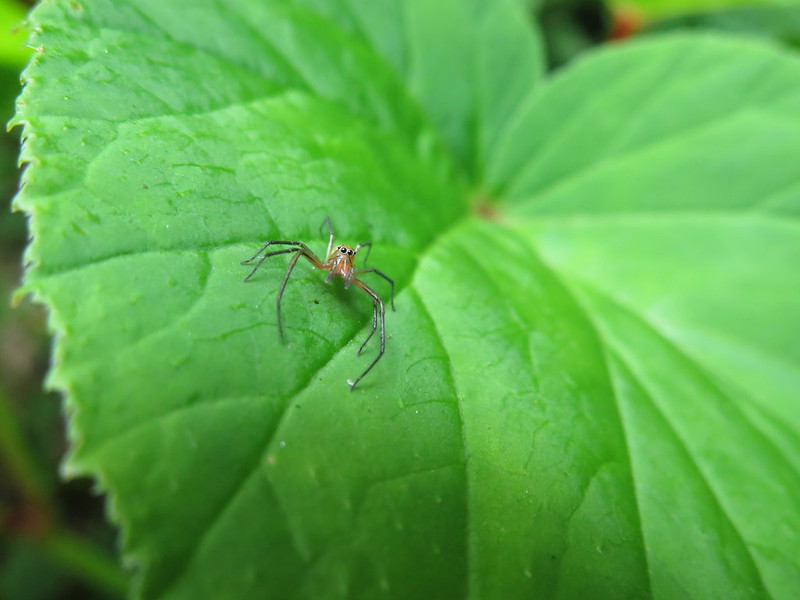 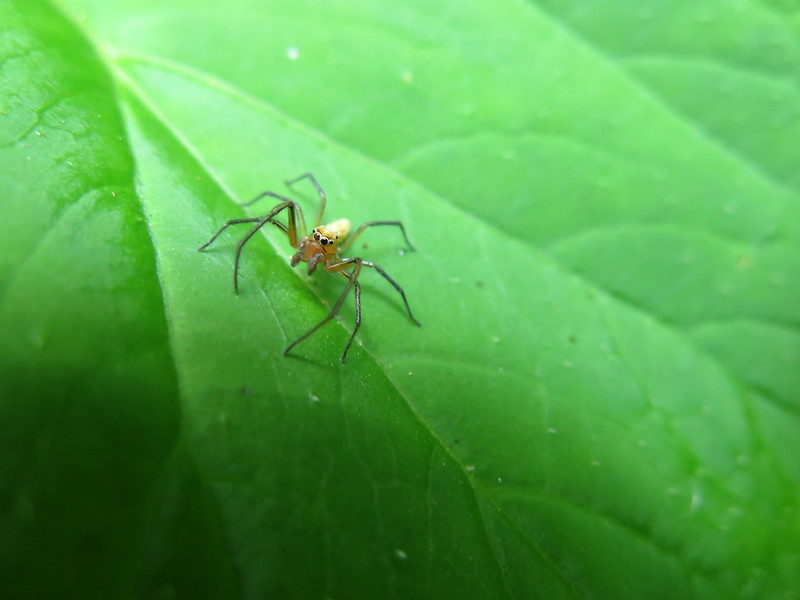 Probably Plexippus paykulli, now found all over the world. 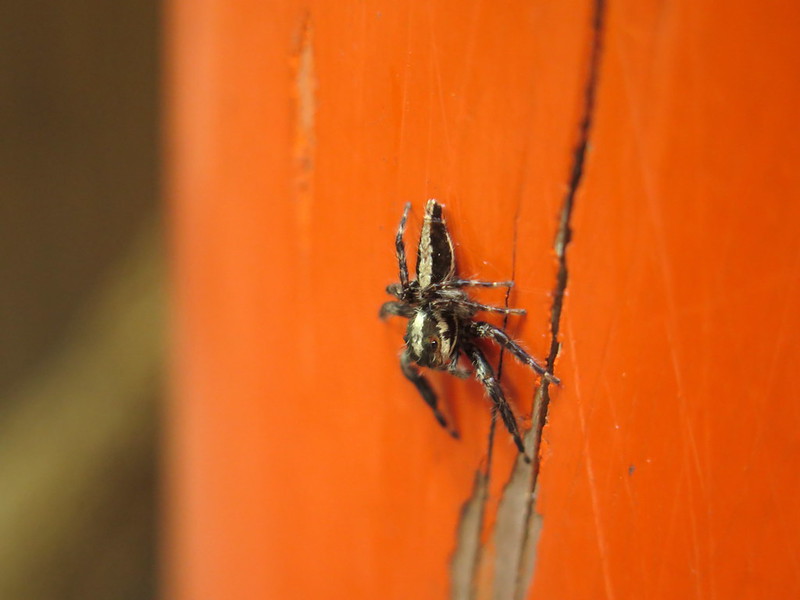 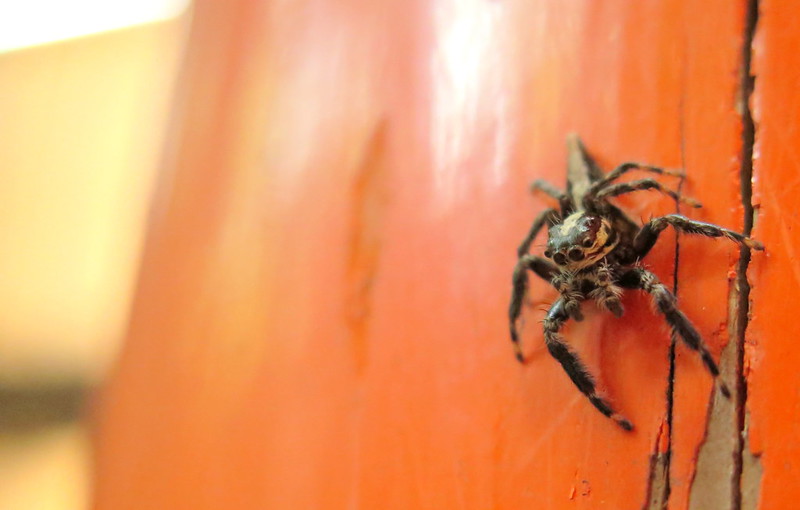 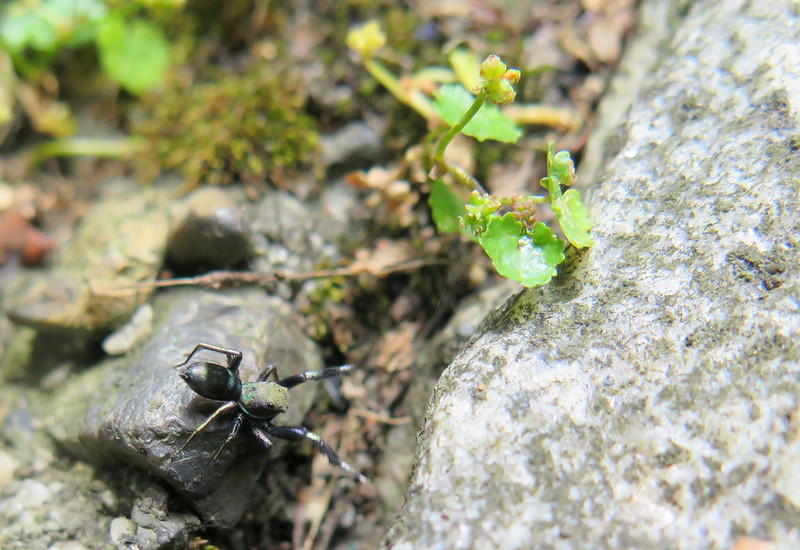 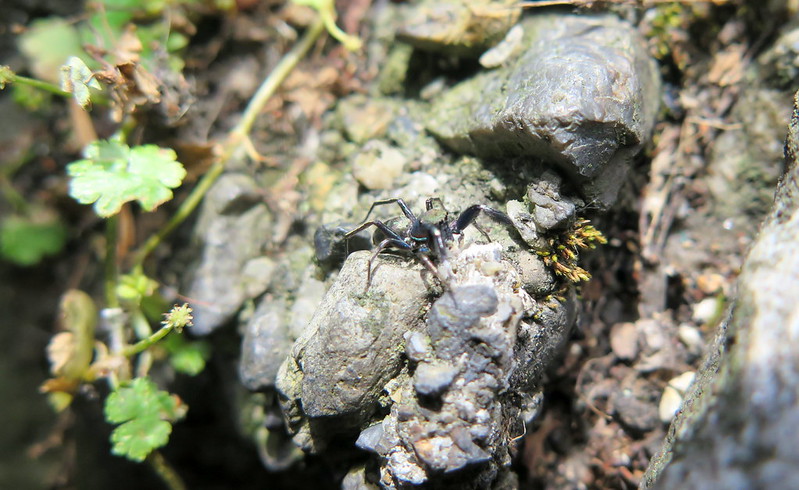 Beach in Uraga, near Tokyo: 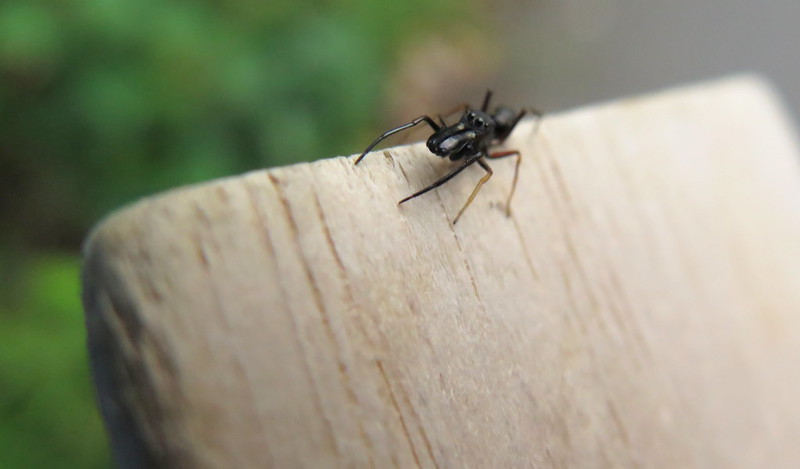 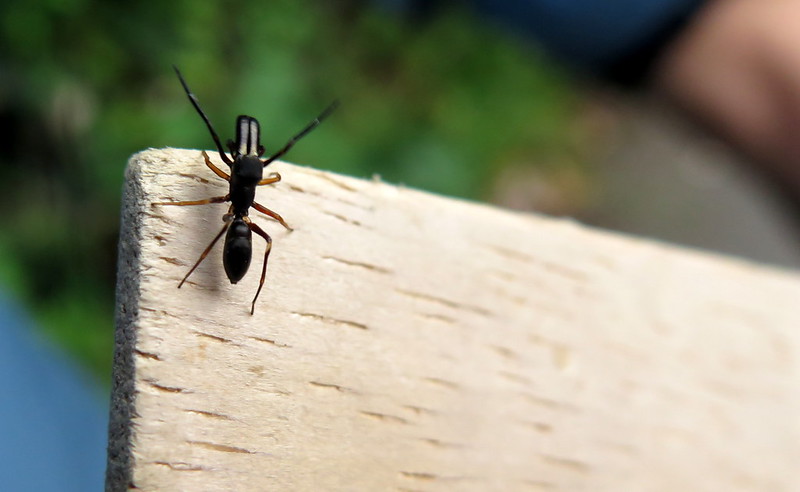 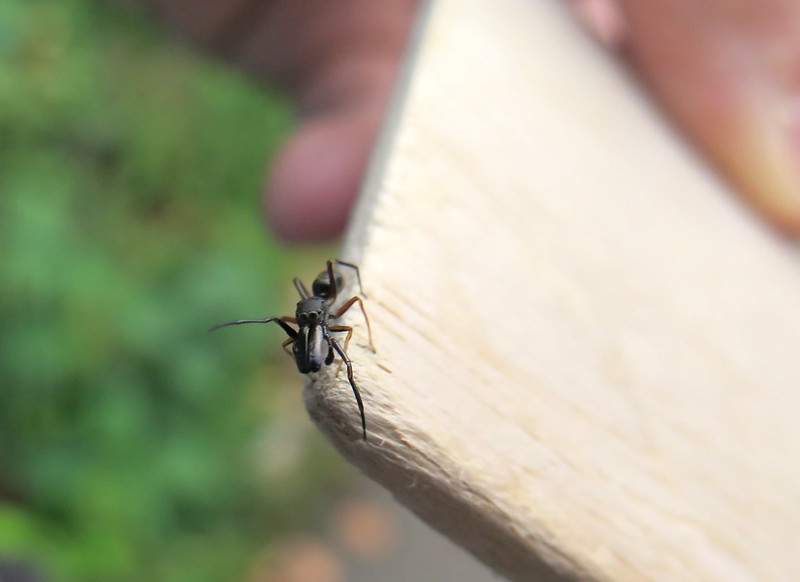 One unexpected part of Taiwan has been its natural beauty, for beyond Taipei lie vast parks that make up around ten percent of the island’s landmass. From thick jungles to sweeping shorelines, Taiwan’s natural beauty is both unexpected and unexpectedly easy to reach, thanks to the extensive public transit system. Though we did not stray far beyond Taipei, we managed to visit two different parks in our time there. Here’s our experience at each:

People. So many people. This park is easy to get to by bus from Taipei and gets incredibly packed, so show up early or on a day most people have work. There isn’t much hiking to do around here, but the guided walk out to the peninsula takes you past fantastical stone formations in the shape of candles, mushrooms, and human heads. The top of the hill has a lovely view of the park and the surrounding sea, but take care in the path you choose: some paths down lead to barricaded areas, and the less trod are incredibly slippery and overgrown.

Also accessible by bus from Taipei, this is where you go for a real hike. Mt. Qixing Park has dozens of trails that would take days to hike, and the tropical weather of Taiwan nurtures thick forests full of insects, lizards, and small rodents. Most hiking trails here are stone and involve an insane amount of stairs, so bring walking sticks and watch your step in the slippery rain. The Lengshuikeng Hot Spring Bath is open to the public and is a great place to soak after a hike, but has limited hours (see below) and is closed on the last Monday of each month. The foot bath in front of it is always open, though, so you can always soak your feet alongside a dozen other weary hikers.

I’ve got more bugs for you! These ones come from all over Da Lat, whose temperate climate is surprisingly kind to insect and arachnid populations. There are butterflies, mosquito hawks, and of course your favorite, jumping spiders. I’ve tried to ID them where possible:

Just south of the Queensland-New South Wales border, Dorrigo National Park is a green rainforest refuge, one part of World Heritage Site known as the Gondwana Rainforests of Australia. The patches of rainforest here are all that remain of the thick rainforest that once blanketed Australia millions of years ago. Thick mists and rain nourish the forest, and the water flowing from the soil collects into streams that tumble from rocky cliffs. And uncleared by humans, these forests remain a refuge to thousands of species: microbes, plants, fungi, and animals. Just a brief stroll through the forest reveals a kaleidoscope of wildlife, carrying on just as it did when dinosaurs roamed the earth.

We visited Dorrigo National Park on a rainy day, raingear ready and cameras poised to capture what we saw. Sometimes we were surprised. Sometimes we weren’t fast enough. But here’s a sample of what we found in the 7 km loop from the Dorrigo Rainforest Center: