Far from the Hiroshima Peace Park, on the other side of the hill from the Peace Pavilion, there sits another shrine that does not memorialize the victims of the atomic bomb but cannot escape the shadow of the war. Kinkou-Inari Shrine was built to honor Inari, god of prosperity, and the shrine sports rows of red Torii (gates) lining the path, much like in Kyoto’s famous Fushimi-Inari.

But beyond the gates, the similarity between the two shrines disappears. As you climb past the main shrine and continue up the hill, you’ll find not a well-worn path of stairs to immaculately-maintained shrines but a jumble of uneven steps, obscured in part by dirt and fallen leaves. Shrines lay beside the path in various states of upkeep; some are clearly swept and cared-for, while others are mere remnants, scattered pieces of wood with flecks of faded vermillion paint. A sign at one shrine near the hill’s top gently implores guests with “please do not cause trouble in the shrine.” Its altar is devoid of all but a single glass plate, and pieces of broken vases and ceramic plates are embedded in the dirt nearby. It seems that here the shrine to prosperity is in want for itself.

A plausible source of the area’s unpopularity lies at the top of the hill, where hidden between the overgrown trees and heavy leaf litter is a collection of circular structures sunken into the ground. “These are the remnants of an anti-aircraft battery from World War II” reads a nearby sign, but it looks like few souls come by to read it. The masonworks is now nothing but a remnant from when Japan had a military, a reminder that Hiroshima is part of a country that once used its military might to control much of East Asia.

Maybe few come here because it doesn’t fit with Hiroshima’s narrative of being the victim of a terrible event, or maybe it’s a painful reminder to people that they lost the war. But if narrative historical accounts are to be believed, the people stationed up here on the fateful day the bomb was dropped would have seen the Enola Gay before their grisly hand was dealt. They became victims too, just like everyone else in Hiroshima, just like millions and millions of people in cities across Japan, across Asia, around the world. That’s war, isn’t it?

The scars of Hiroshima’s traumatic past are well healed over and without knowing the history of the city you might think it’s just a city that has taken great lengths to welcome and accommodate the modern world. Unlike other cities in Japan, Hiroshima’s streets are wide, built for cars rather than pedestrians. It is not an unfriendly city to walk around but the distances are large and the old-style architecture of Kyoto and smaller villages is missing.

This is unsurprising. The atomic bomb dropped on the city during WWII by allied forces leveled 70% of the structures in Hiroshima. Most of them were wooden, unable to withstand the heat and pressure of the atomic explosion. What remains of the pre-bomb structures today were the very few concrete buildings and those that were outside the blast radius. The most famous of the pre-bomb buildings, the former Hiroshima Prefectural Industrial Promotion Hall, stands now as it was left after the devastation. Exposed concrete, rebar, and empty window frames make it seem like a building under construction, from a distance. Up close it is clear that half of the building has fallen down and the now-crumbling walls are never to be rebuilt. 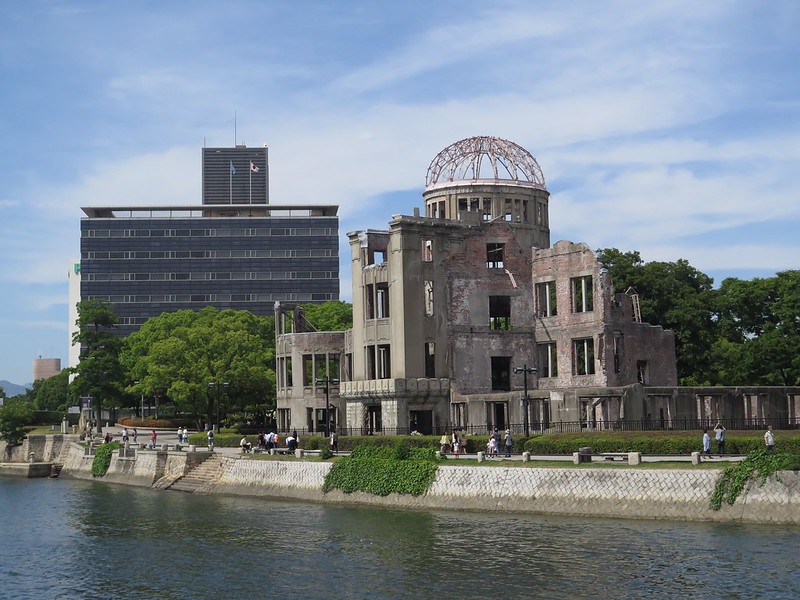 The hall makes up one of the central monuments in Hiroshima’s famous Peace Park. Built as a monument against war and nuclear weapons, the Peace Park commemorates those lost in the war and the united efforts to rebuild, recover, and return to a normal life. Of the 350,000 residents of the city, 70,000 were killed in the immediate impact of the bomb, with radiation sickness, injury, and lack of basic resources killing nearly twice as many, upwards of 150,000 by the year’s end. This is an unimaginable number of people, a event of true horror. The peace park holds a museum displaying pictures of the damage and a history of events before, during and after the bomb. It is a mostly forgettable display because of what follows afterwards. In the last room there is a short film running on loop. If you stay for the fifteen minute showing you witness the lives of a half dozen survivors of the event, told as they wrote of it. As incomparable as a film is to the terror of being there, it manages to capture and make relatable the extreme human costs of the atomic bomb. Where statistics become unmanageable, the lives of individuals and their family members – their pain, grief, and loss – become very real. It is not a happy film. It does not leave you with a feeling of catharsis, nor of release. It only documents the horrible effects of war on an extremely personal level and left us shaken. Mercifully, there is a ‘static fountain’, a white noise generated from running water, just outside the room, that provides a space and moment for contemplation and relief.

The rest of the Peace Park is beautiful. Green spaces abound with large promenades and monuments of every sort. Several of them are world famous and the park as a whole attracts hundreds of thousands of visitors to Hiroshima every year. The major theme of the park and the city is an end to nuclear weapons. You may even meet university students collecting signatures opposing the future use of atomic bombs. Other signs of dedication to peace are the glass rooms filled with origami cranes, bundles and bundles of them, each made with the hope and promise of peace. 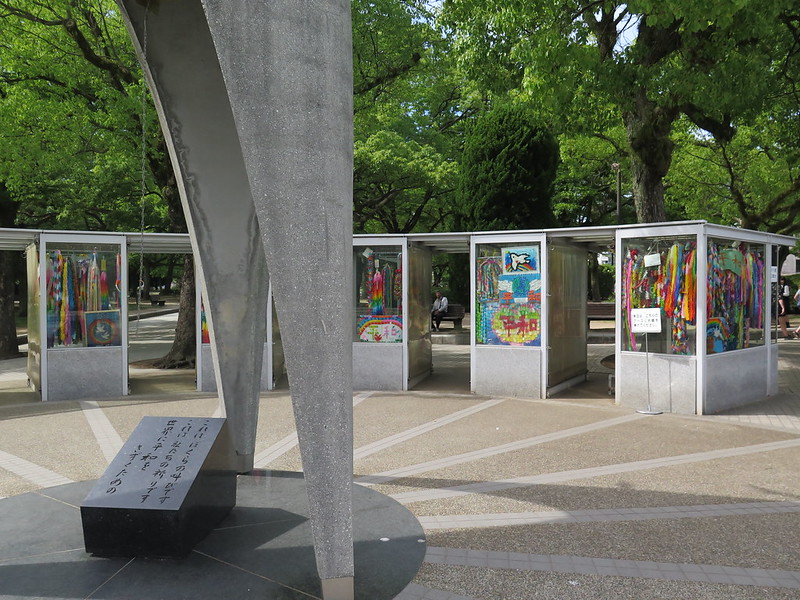 Outside of the park the city offers quite a bit for tourists. There is an incredibly large shopping complex in the center of the city that is worth a visit, and nearby is Hiroshima castle. 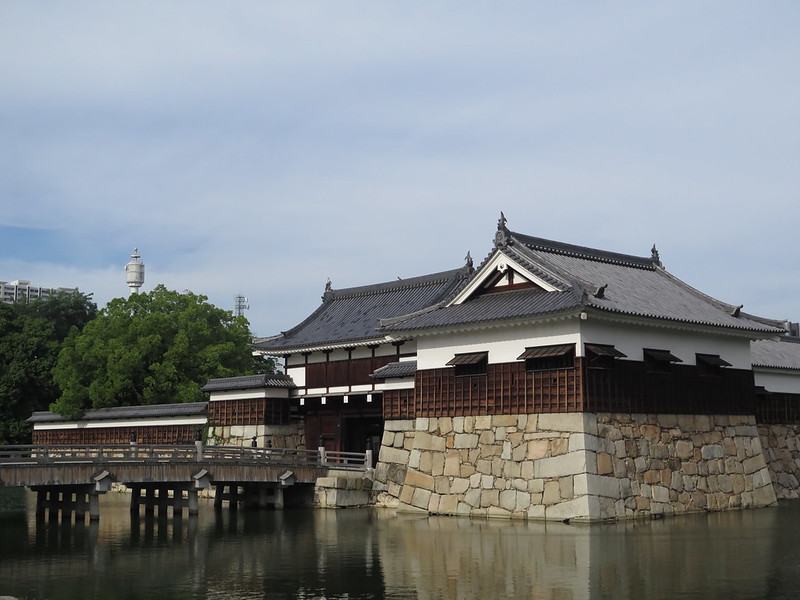 Built in the early 1500’s, the original castle was destroyed by the bomb. A replica was rebuilt in 1952 and houses a museum of Hiroshima as it was pre-WWII. Most attractions are reachable by a special bus line dedicated for tourists, or by the city’s expansive metro transit. 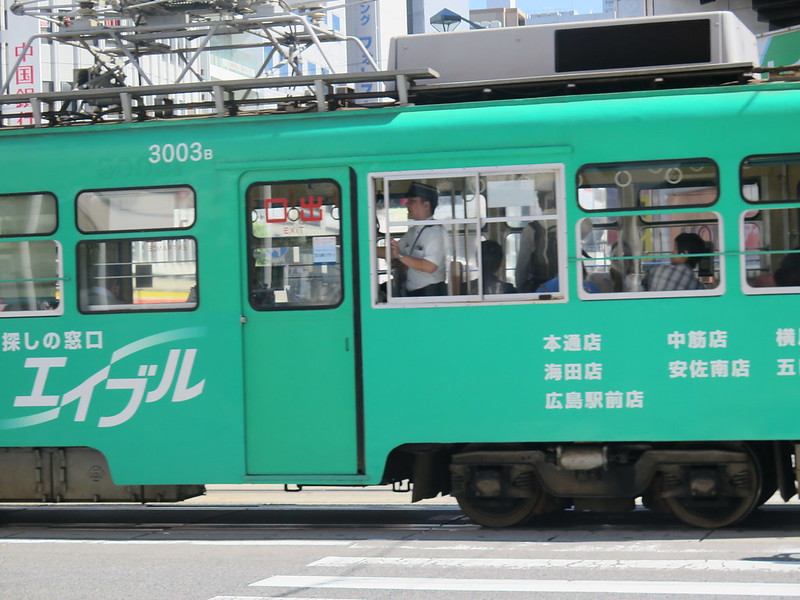 Unique in Japan are Hiroshima’s trolley cars which were running before WWII and were put back into service shortly after. Along with buses, metro, and rail, they cross and connect the city. 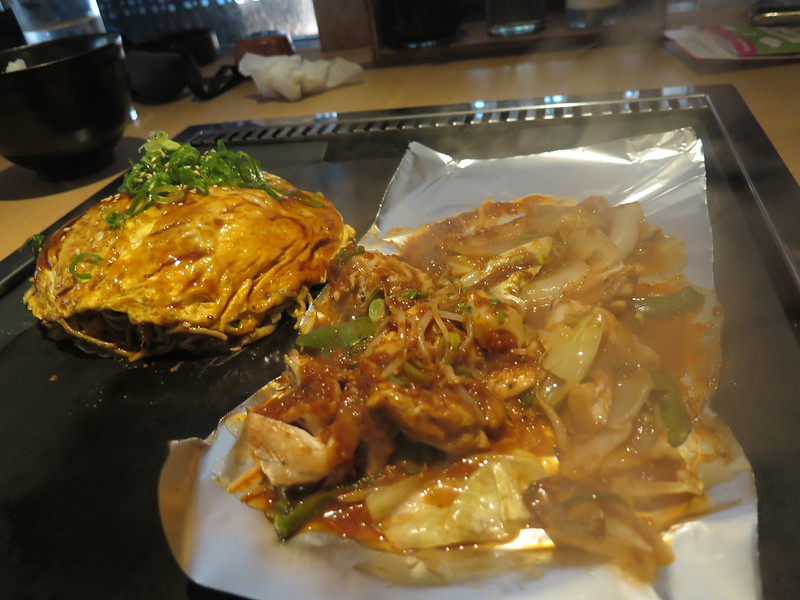 As a final attraction Hiroshima has a local delicacy – okonomiyaki, a layered, grilled meal consisting of noodles, cabbage, eggs, meat, and a variety of sauces. The Okonomimura building holds an incredible twenty five okonomiyaki restaurants in three floors. As with most regional specialties, you can get them in Tokyo, but there’s nothing like going to the home city.

Hiroshima is a great stop on any tour of Japan. It offers opportunity for reflection and stands as a living witness to the ravages of war. Through its modern success it shows how a city and a people can recover and prosper even after great tragedy.