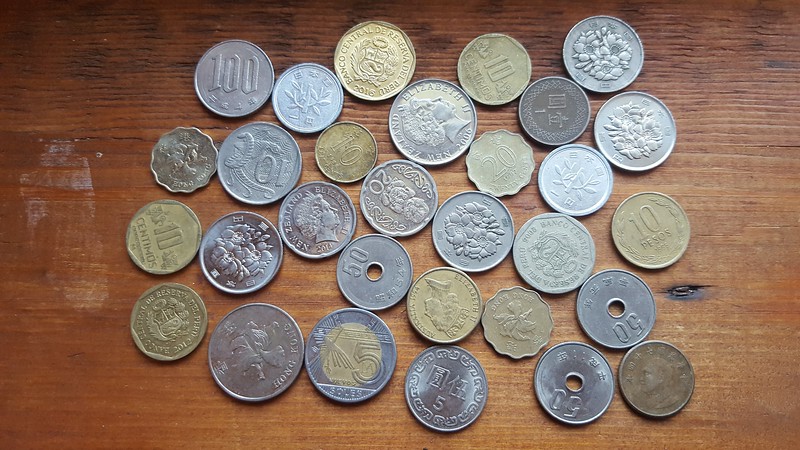 My boyfriend Stoytcho and I traveled around the world, across 5 continents and 28 countries (not counting layovers) for 380 days. “Wow, amazing! How did you plan it?” people say. Or, those more to the pointed among you ask, “How much did that cost?” The short answer to you is: not as much as I thought it would.

Budgeting a year of travel around the world is a big project, but when planning something like this the goal is to get a rough estimate of the cost and wherever possible, take the higher cost. It’s better to over-budget than to under-budget. In my case, I used the benchmark of living in the U.S. for a year, which was around $30,000. The U.S. has an advantage of being one of the most expensive countries in the world to live in, so it had a built in overbudgeting factor. Then again, we would be spending money on planes and trains and general transit that I wouldn’t normally in a year, so I left that $30 K number where it was. I then separate out the individual things we would need to budget for: food, lodging, travel, fun (experiences, souvenirs), and miscellaneous (which ended up being mostly medical and personal hygiene expenses).

Partly based on personal experiences in prior travel, partly based on internet research, and partly because I watched a ton of Rachel Ray’s $30 a Day travel food show as a kid and thought “holy crap, $30 buys you a ridiculous amount of nice food”, I set the food budget to $15 a day per person. I did the same for lodging, mostly based on prior experience traveling in Australia, figuring that was the more expensive end for hostel beds. This made $105 per week per person for each of these categories.

For the travel budget, I priced out the cost of our most expensive trips (these were big flights/trips like the one from Chile to New Zealand and the Trans-Siberian trip from Ulan-Ude to Moscow), then guessed at the number smaller hops we would have to make and their average cost to get ~$200 per person per week.

Personal Hygiene and Medical = $20 per person per week

Personal hygiene and medical costs I totally just fudged – maybe $20 a week? That’s enough to buy over the counter anti-diarrheal and cold medication here in the U.S., as well as personal hygiene products (sunblock, toothbrushes, deodorant, etc.). That also leaves enough for any potential rare but costly medical expense (I got $200 X-rays in Peru after a fall). While we had a year of travel insurance that cost an insane $1,700 per person, we never used it once because it turns out submitting reimbursement forms while traveling is really hard. (Who knows how to say “fax machine” in Bahasa Indonesia? Oh, and where did those receipts go again?) It was good peace of mind, though, so get it if you want that.

Another thing it note is that this is where a lot of our pre-trip costs ended up, including the aforementioned travel insurance and all of our travel vaccinations, which included but were not limited to: Yellow Fever, Japanese Encephalitis Virus, Influenza, and Hepatitis B. This is also the bucket where I tossed the cost of 3 weeks of malarone, our fairly pricey anti-malarial.

That left the fun budget, which I also spitballed and listed as $50 a week, because that was $100 for two people and that seemed like a reasonable amount to be spending on experiences and souvenirs – mostly experiences, because the thought of carrying anything else in our backpacks quickly became a recurring nightmare (although we still managed to pick up an irrational amount of STUFF, including but not limited to: machine parts, rocks, brochures from a bajillion places, business cards, and a sad paper snow man from the street in Ecuador. Don’t ask.)

Communication = $20 per person per week

There was also this category of “communication” that I had intended to account for SIM cards abroad and estimated at $20 per person per week, but then it turns out Stoytcho’s T-Mobile plan worked EVERYWHERE we went except for Vietnam, where a 2-week 4G-included SIM cost about $15. So just save yourself the trouble and get on T-Mobile’s phone plan to scrap this category for yourself.

So…how did we do?

*Ok, living costs in the U.S. vary pretty significantly, but I’d argue this is true of the average cost of living in the U.S. It’s probably less than what you’re spending right now, and you could live abroad for far cheaper than we did. I’ll detail how in the next post.

The Galápagos: a mythical faraway place that conjures up images of pristine beaches and exotic animals, from flitting Darwin’s finches to sunning sea lions. It’s the kind of place you dream of going to someday, maybe once you’ve gotten a more stable job or that raise at work or the time and money and stars align for that perfect anniversary getaway. After all, it’s expensive! This isn’t a place you just decide to visit next week.

That’s how I thought of the Galápagos, even once I learned it was a short flight from Quito. I kept thinking that way when Stoytcho and I entertained the idea of going. We talked about it jokingly, and I told Stoytcho I was pretty sure it wasn’t possible on our budget. But when it became clear we wouldn’t have time to get to Torres del Paine in Chile (partly thanks to our oh so lovely, just-one-more-week stay in Colombia), we began to entertain the idea of visiting the Galápagos more seriously. Just how expensive would a trip out there be, though?

Google searches quickly turned up a host of websites touting last minute Galápagos cruises at “discounted prices”, but with even the cheapest at over $1,000 per person they still seemed pretty pricey. More worryingly, these cheap options were all on small boats with mixed reviews, attributable to two things: cramped living quarters and rough seas. At 6’4″, we were already struggling to cram Stoytcho into tons of places in South America that weren’t built for people his height, from buses to hostel beds. Spending several days hunched over in low ship corridors combined with potential seasickness would not a fun Galápagos journey make. The more comfortable options, the shiny, sleek, azure-sky-and-water luxury cruises still boasted price tags of around $3,000, far out of our price range.

There were some TripAdvisor threads and blog posts that suggested we shop around in Quito or Guayaquil to get cheaper prices, but the thought of running around Quito to visit travel agencies between Christmas and New Year’s sounded awful. So we gave up on the thought of visiting the Galápagos for a while. When we arrived in Quito, our first visit was to the Basílica de Voto Nacional. After visiting, we wandered down one of the streets heading south, meandering our way to El Panecillo, when we noticed a sign in a window proclaiming “Last Minute Galápagos Cruises”. Figuring we could just get a ballpark on what the cost for a last minute cruise was here, I grabbed the handle to the travel agency door and pulled it open.

There are some times in life where you get things because you deserve them, and some times where you get things because maybe you deserved them but also you chanced to meet the right person at the exactly right time. This was a case of the latter. The travel agent behind the door was Gabby Segova (of Ecuador Family Tours), and she spent the time between December 26 and New Years’ Day working with us to book our dream cruise. She was a one-woman powerhouse, walking us through the prices and itineraries of all the available trips, negotiating prices with cruise companies, and finally booking the cruise. And the whole time, she was the most cheerfully delightful person to work with.

In the end, we opted for the ultimate dream cruise–the Santa Cruz II, one of the highest-rated luxury cruises in the Galápagos. Complete with small-group guided tours, a Cordon Bleu-trained chef, two onboard hot tubs, roll stabilizers to protect against rough seas, and a library (no, REALLY), the Santa Cruz II was a dream come true. The original price was $4,500 per person. The last-minute cruise price online was $3,000 per person. And our price? $1,550 per person.

That’s not to say this process was easy. It involved all of my negotiation skills, from persistence and playfulness to doing my detective work. We visited one other agency, to check their prices. We visited the cruise company and asked for their lowest price, just to make sure they couldn’t give us a better deal. We spent three days sweetly asking Gabby to hold out for a better deal from the original last-minute price of $1,750. That was three days of hoping they wouldn’t sell their last few spots, wondering if we were pushing our luck, wondering if it might fall through. And even with the discounted price, this was still 3 weeks of our estimated travel budget, devoured by a tour lasting less than a week. But now that we’ve done it, I can say it was definitely, DEFINITELY worth all of it. During this experience, I created a framework to help us identify our dream cruise. I’m sharing it below, along with some negotiation tips so if you’re dreaming of the Galápagos, you can make that dream a reality.

Why didn’t we just visit the Galápagos on our own? Excellent question. The Galápagos is a heavily protected national park and visiting without a tour severely limits what you can see. Overnight stays are permitted on only a couple of islands. Similarly, day trips from the main town of Puerto Ayora visit only a subset of locations in the Galápagos. And in most locations, you’re not even allowed on land without a guide as a precaution to minimize tourist damage to the islands. If you visit the Galápagos on a cruise, especially one with a good itinerary, you’re able to see far more of the Galápagos than you would visiting on your own.

Where to look for cruises:

How to get the best price:

P.S. We weren’t asked or paid to advertise any of the businesses in this article. We just loved our experience.