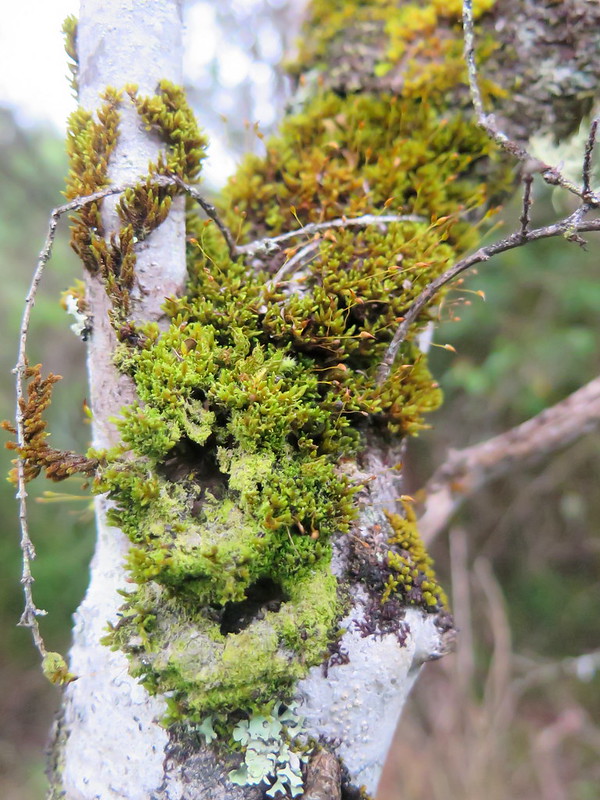 Much of Maori culture and history in New Zealand is locked behind a paywall. That’s not to say it’s inaccessible, but it takes money. The Waitangi treaty grounds, arguably the most important site for understanding the modern day relationship between Maori and colonists is a $40 ticket per person, almost as much our daily budget. Outside of Cape Reinga, which is a fantastic experience, we found very few free areas to learn about the Maori past. The Te Porere Redoubt was one of them. As a hike, it’s short and sweet, with interesting and varied flora. The trail continues past the redoubts, at least for a while. Where it leads we’re not sure. 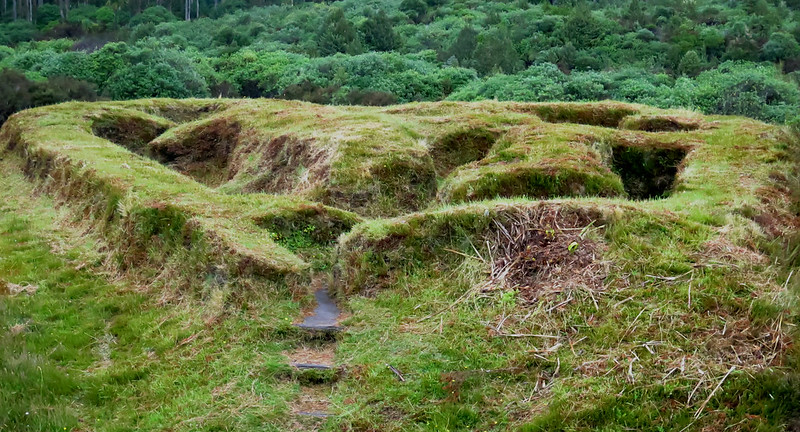 Te Porere A Rereao tells the story of two Maori events. The first is how the place got its name. According to the sign the area “was named for Reraeo, grandson of Tuwharetoa, the ancestor of of the people of Ngati Tuwharetoa.” Specifically, “at one time Rereao joruneyed into the west area of Tongariro and stopped here for the night. Early the next day he rose and attacked Ngati Hotu on a ridge west of Ngauruhoe.” Because the attack was carried out in a night (Te Po) flight (rere) and by Rereao (a Rereao) the area is named Te Porere A Rereao. 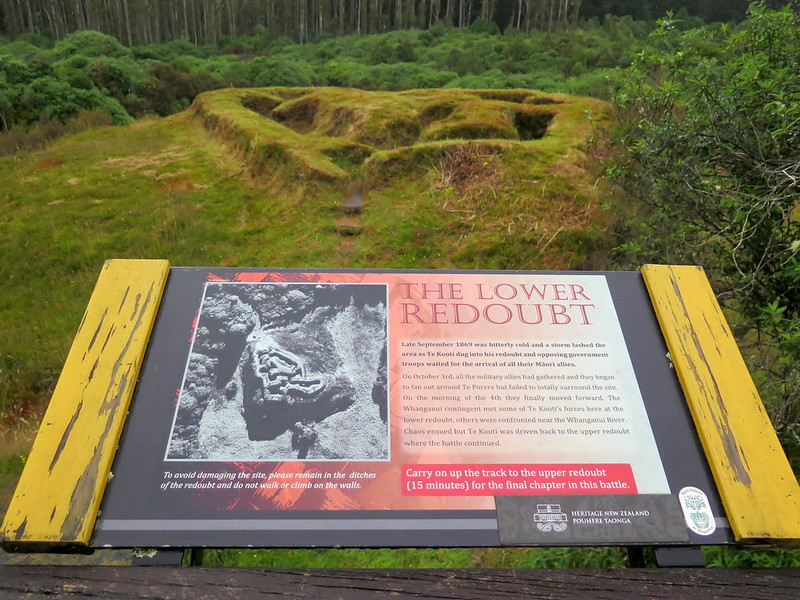 The second important event was one of the last major battles between the independent Maori and the New Zealand government. This took place in September of 1869, when the Te Kooti, a leader of the Maori resistance, was surrounded by the government forces and their Maori allies. Te Kooti and his forces were driven from the lower fortification to the upper, where the last of his warriors were slain. 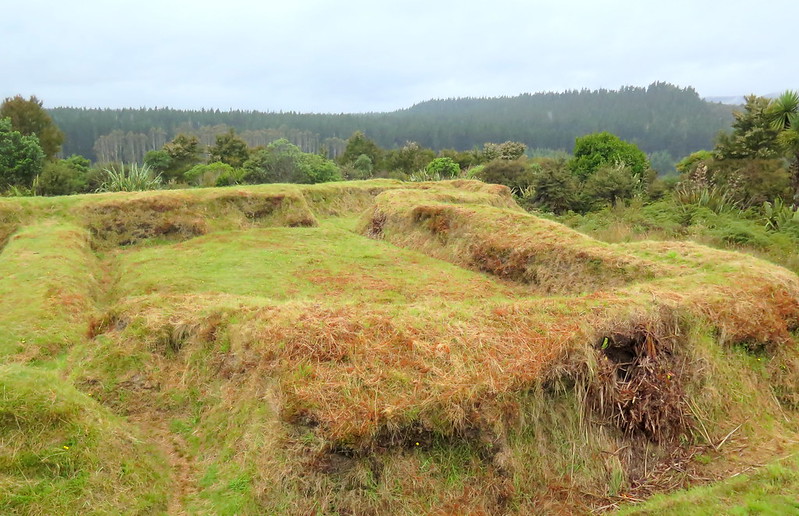 At the upper redoubt you can supposedly see the final chapter in the story. We did not find any in-depth sign, but this placard speaks for itself. 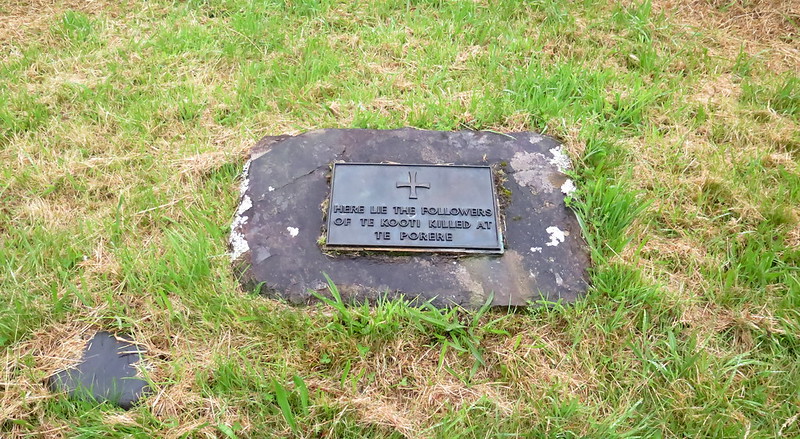 It reads : “Here lie the followers of Te Kooti killed at Te Porere.” The sign tells of a fairly one-sided victory and from just visiting the site one might assume this was the end of Te Kooti and his followers. Reading a bit on Te Kooti shows that he escaped the battle and lived a long and storied life. Before Te Porere he had founded a religion (Ringatu, still active in some Maori communities) and escaped prison to lead raids against the New Zealand government. After To Porere he continued raiding for three years before being again captured, escaping, and living under the protection of the Maori king for a decade, expanding his religion. 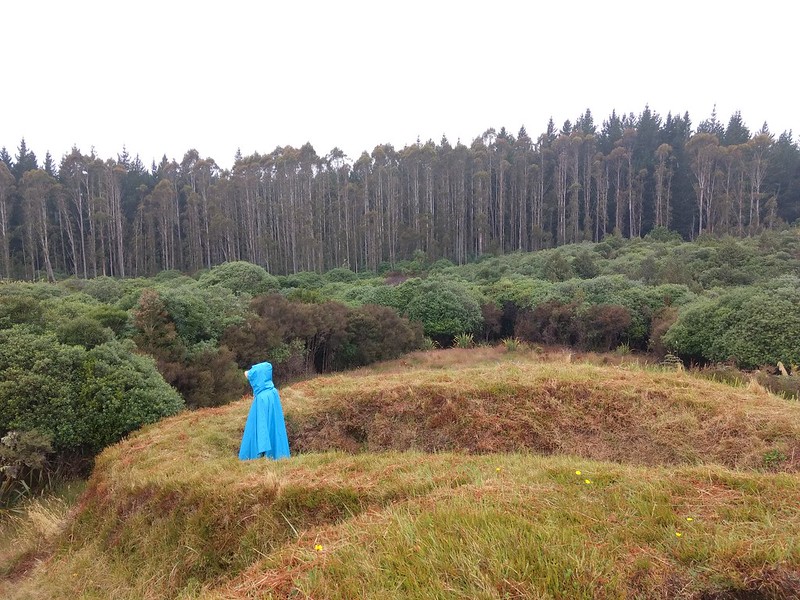 Part war curiosity, part historical site, the redoubts are interesting to visit. It’s fun and sobering at the same time to walk through the ditches where men fought and died, to see the corners around which ambushes might have happened, and ports in the walls for shooting. The site feels a bit more “alive” than a castle does, open to the air and covered in growing green grass, it’s easier to imagine how the embattled warriors may have arrayed themselves, the fighting that would have taken place between the walls. 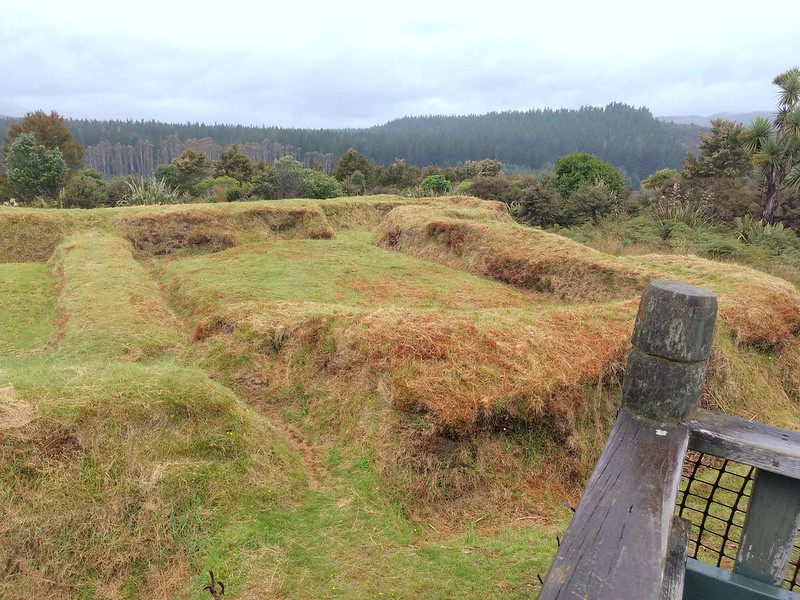 I don’t think the posted signs do a very good job of describing the events that took place here. Only the bare minimum is provided and even then fairly disjointedly. This sheds more light on the strange dynamic of Maori history on the island, at once cherished but also constrained. While clearly cared for, and perhaps in development, the story is engaging and then entirely dropped. The site is well preserved and some money is dedicated to its upkeep, but not so much that it’s a fully developed historical site. Our reaction stayed somewhere between the “ah” of learning and the “oh” of dissappointment. The nature was beautiful and the short hike a worthwhile stretch of the legs, but reading Te Kooti’s story beforehand would add a great deal to the experience.