Imagine a green and wide land, rolling hills on either side of the road and mountains behind those hills. The landscape is covered in fog and cloud and steam, obscuring everything but the closest hundred meters. As you get closer to the source of steam, the smell of boiling eggs, sulfur, gets stronger and stronger. Such is the land of Waiotapu, a trail of thermal springs in the center of New Zealand. 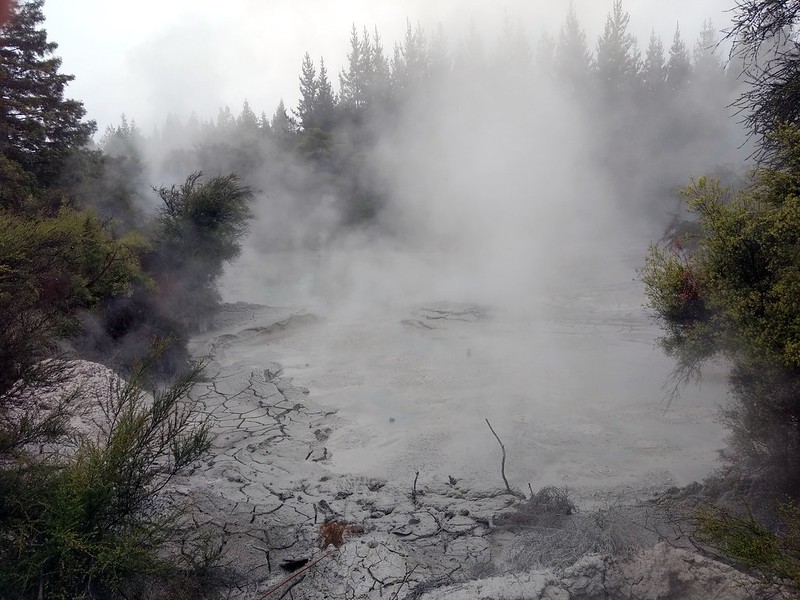 One of the area’s attractions is the mud pools that form where there’s bubbling water and clay. 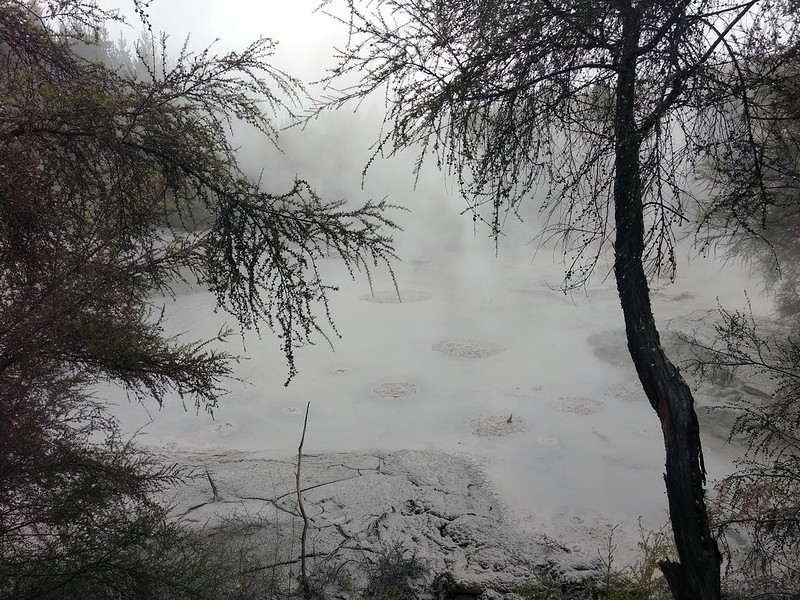 On the map it’s call, very aptly, “Mud Pool“. There’s a small observation platform and a parking lot. Past that, it has the slowly bubbling cauldron of thick beige mud. 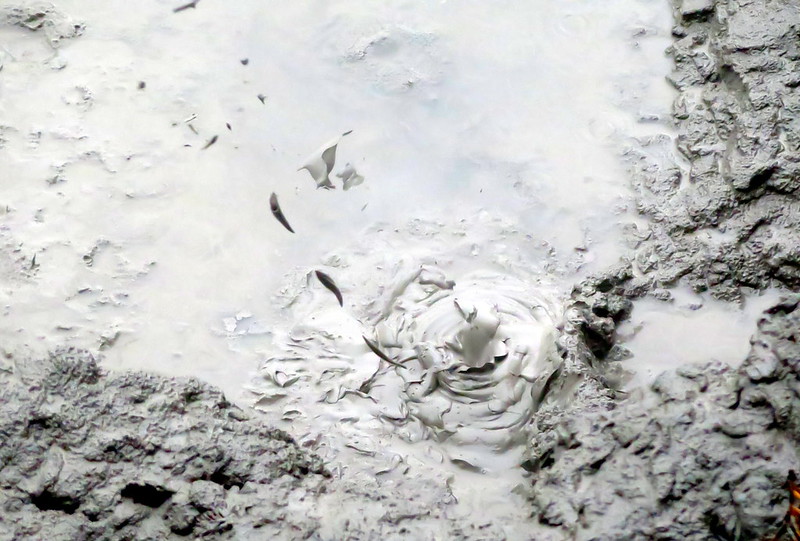 It’s mesmerizing to watch, watching vapor float along the surface, interrupted by a shot of mud which lands with a heavy plop and ripples the surface. 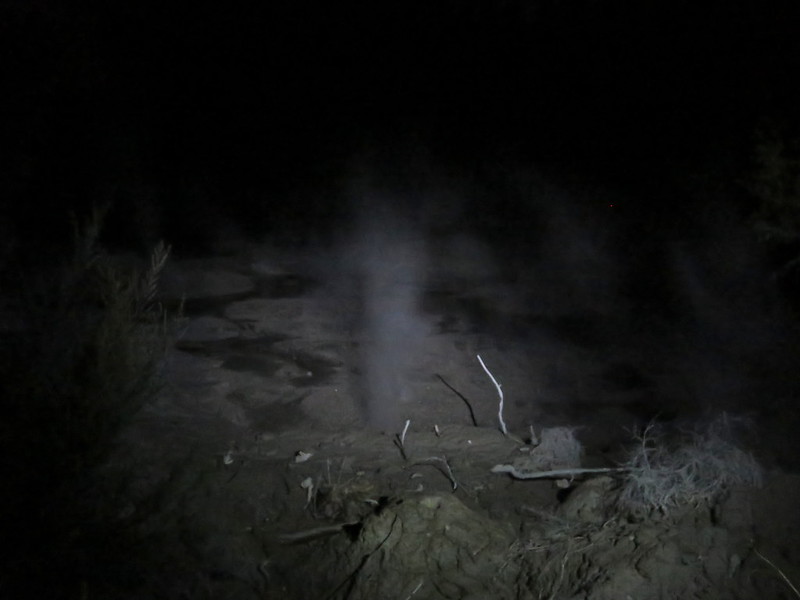 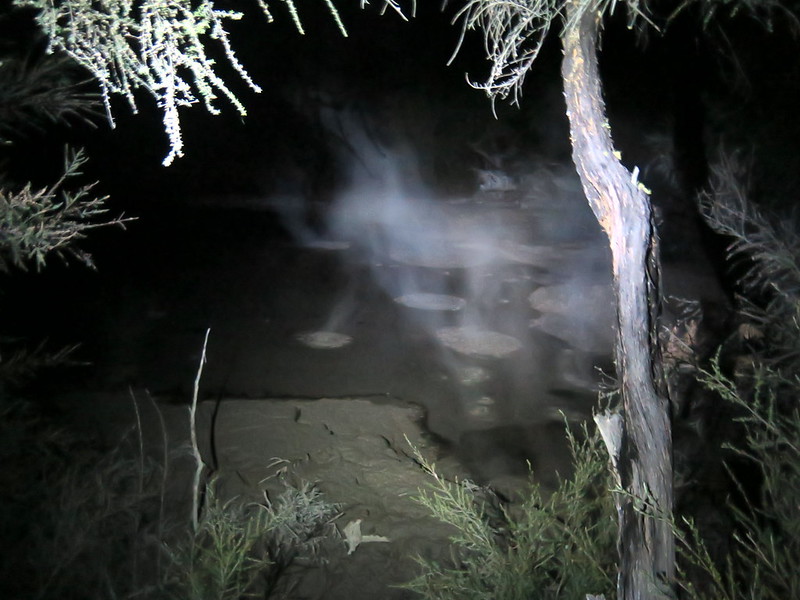 At the night mud pools are downright creepy. They’re mostly in the middle of nowhere, it’s pitch black and the visibility is lowered because of the steam. The only sound you hear is the boiling mud. It’s very easy to let the imagination run away with thoughts of bog monsters and other night terrors. 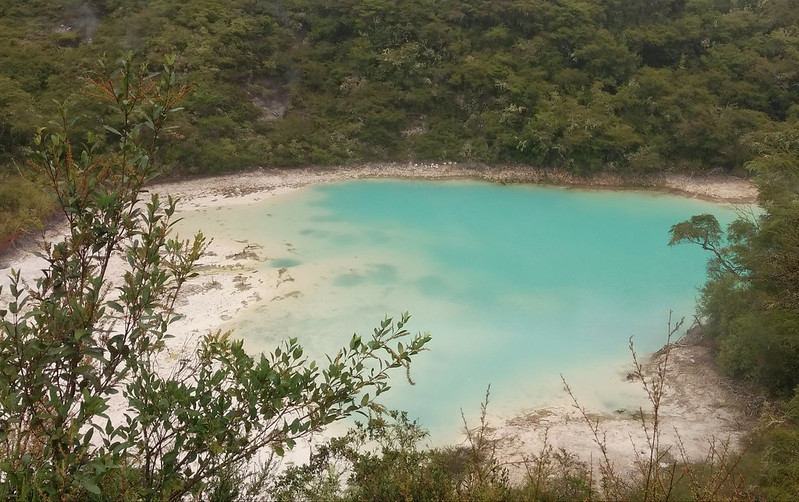 Daylight brings beauty over paranoia. Conveniently near the mud pools and near the famous Rainbow Mountain trek is the Waiotapu Walking Track. It’s shorter than the trek and has an azure pool at the end. It’s quiet and not in the least crowded. 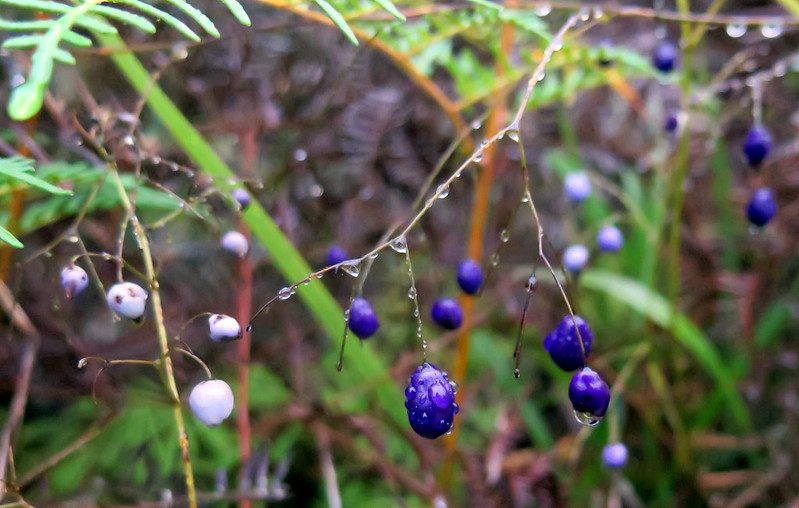 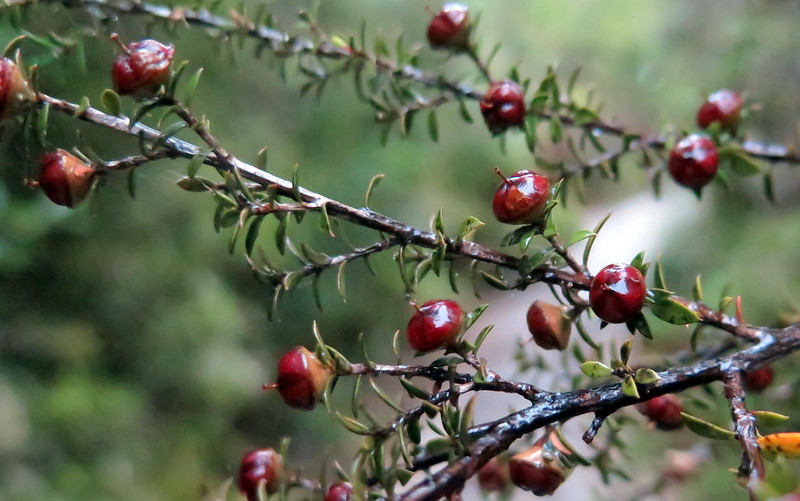 The view of the pool is a nice reward, but the forest hike is really the gem here. The amount of diversity in flora is amazing. We happened to visit during a very rainy period and the plants were loving it. Every leaf and needle glistened, vibrant and healthy. The plants that grow in this area tend to be good at retaining moisture and because of the harsh soil conditions are smaller and more scrub-like than those outside of the thermal area. 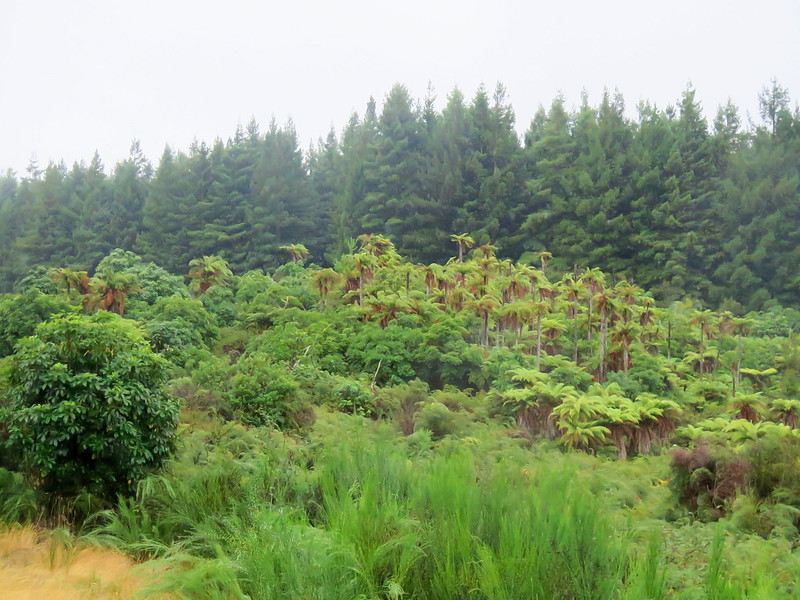 Here you can see the clean line between the pine trees and the plants around the thermal pools. 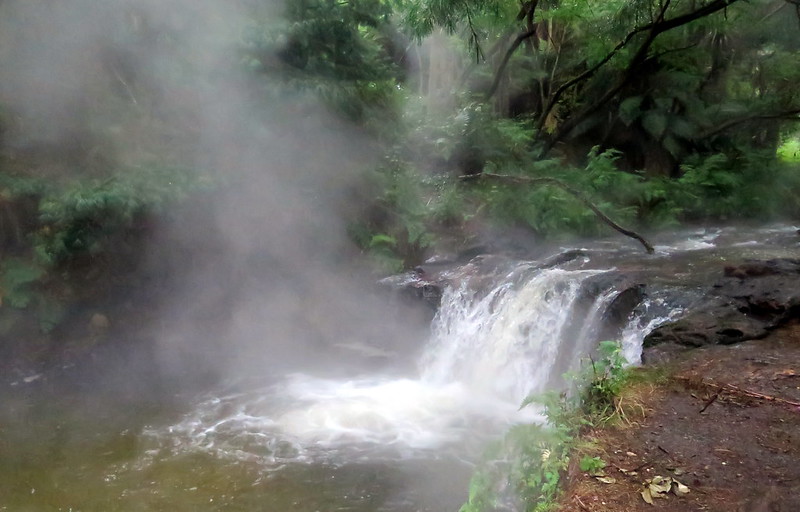 Saving the best for last, the hot river. This is Kerosene Creek, and it is one of the very few free bathing spots in a valley rich in hot water springs. Most of the other viable pools have been staked and claimed as private resorts, but this land is owned by a logging company that apparently has no interest in collecting on their enviable tourist attraction. Mostly, they turn a blind eye to happy go lucky bathers, only requiring that you not sleep in the area at night and sending around a guard van to enforce that rule. Otherwise, swim free and happy. 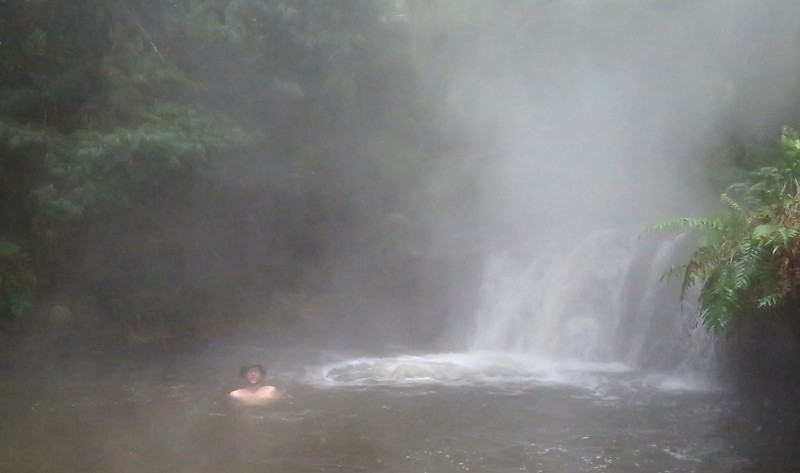 And happy we were. The footpath to the river is about five minutes long, slippery and thin in parts. The hassle is worth it. There are numerous deep spots in the river for soaking and even a few waterfalls for that hot-water massage. The water varies from very hot near the end of the footpath to lukewarm lower down the river. The main attraction is this massive pool near the center and it’s not really worth going farther than this – the water drops off in temperature quickly and the path gets rapidly worse. In the middle of the day tour groups pass through. There’s plenty of space, but it’s worth it to come early or late and relax with the quiet babble of the river.