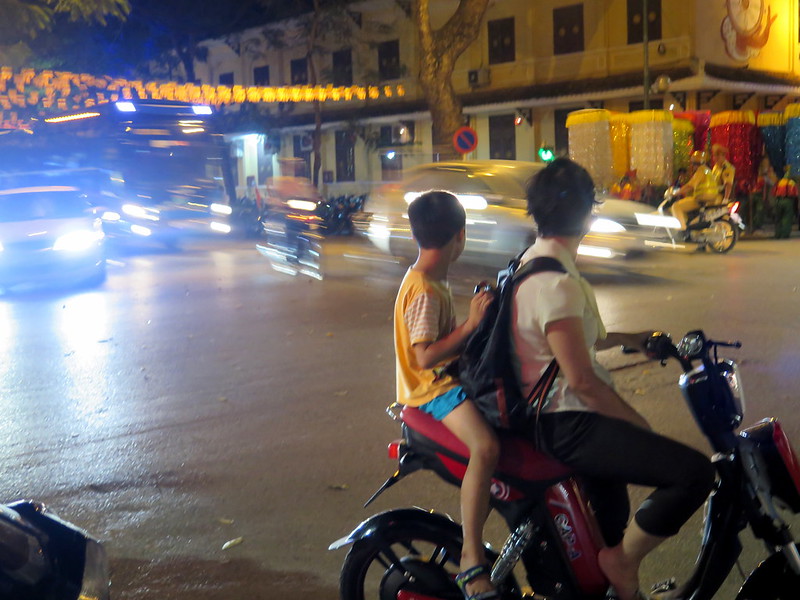 Hanoi is two things: hectic and contradictory. It is hectic because it is the capital. Everything must happen here, but bigger. Vendors clog the sidewalks with impromptu eateries and storefront goods spill out onto the streets. We’re here also here during the tail end of Reunification Day celebrations, which every year commemorates the end of what they call the American war and joining of North and South Vietnam. In the evenings, young couples and families walk the boulevards of the Old Quarter and along the river, weaving their way through rivers of motorbikes and dodging the occasional car. During the day, it’s business as usual: everyone on a motorbike has somewhere they need to be five minutes ago and most driving rules are loose. In the early afternoon the roads flood with schoolchildren, walking home with friends or catching a ride on a motorbike with parents. Neither will stop, so watch your step. 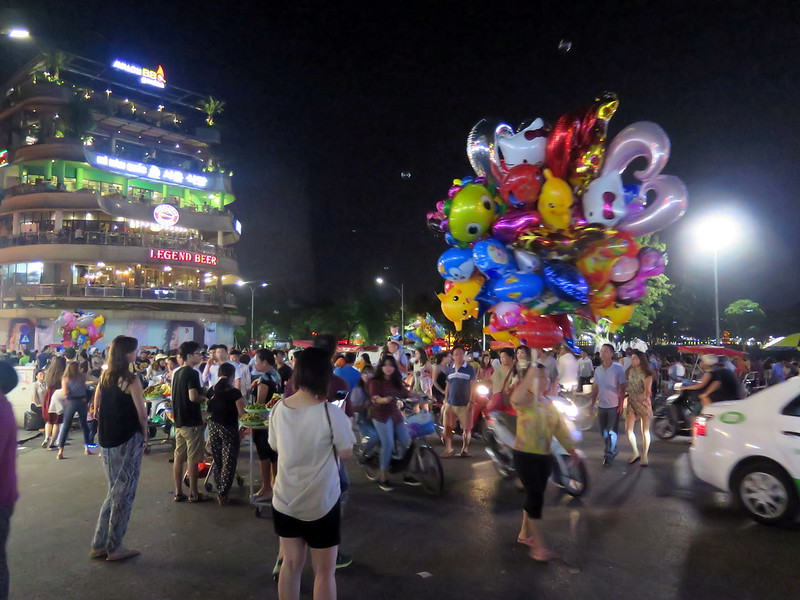 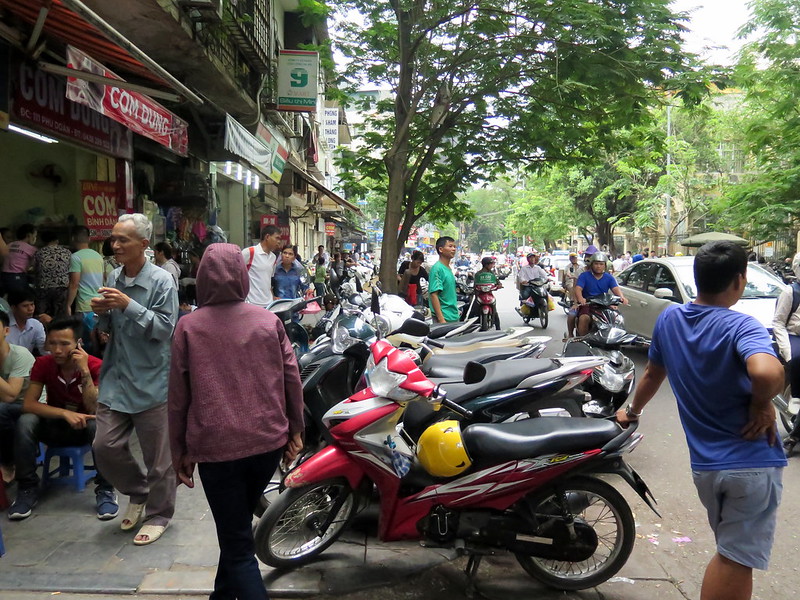 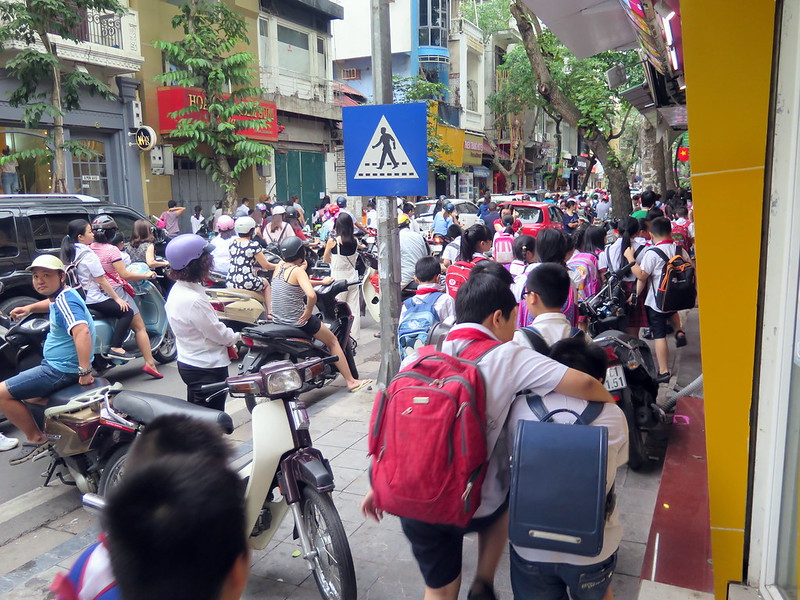 And Hanoi is contradictory because it is both the seat of the country’s communist state and a business center. Nearly everyone here is involved with business of some kind, whether selling food or household goods or running restaurants and coffee shops. In the downtown area, multistory malls with Louis Vitton and Burberry stores attest that anything can be had here, for a price. Teenagers pose for photos in front of monuments to the revolutionaries, but in the shadow of shimmering ads for Pepsi. Yet all this occurs under the watchful eyes of Uncle Ho, the adoring personification of former leader Ho Chi Minh. Vietnam feels less like a communist country and more like a country that used communism as a unifying word against colonial forces. 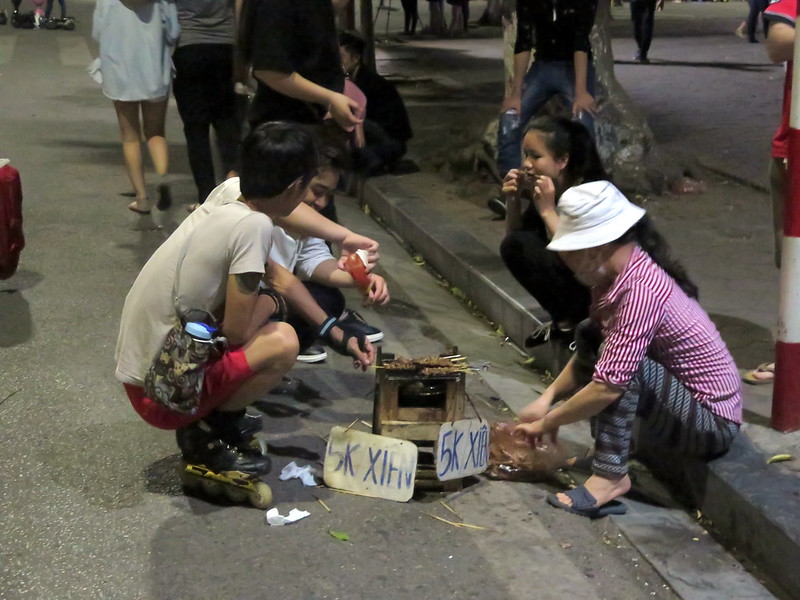 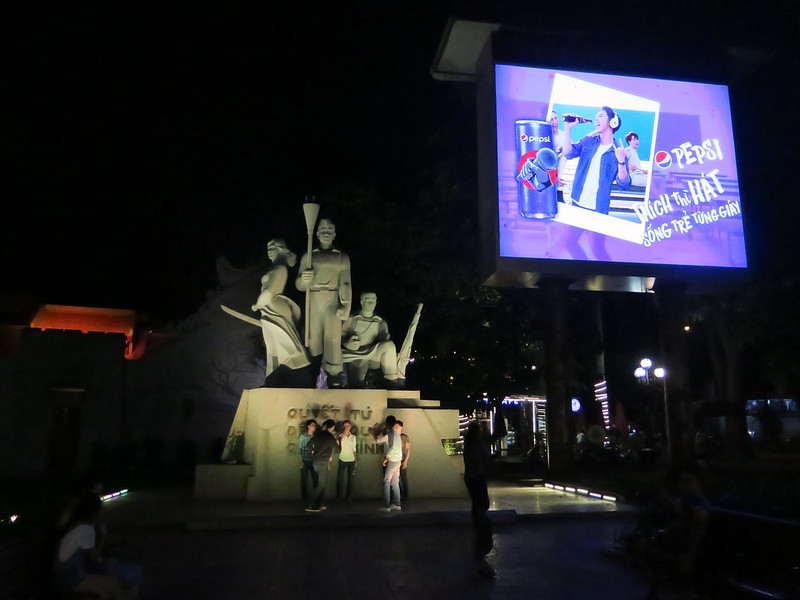 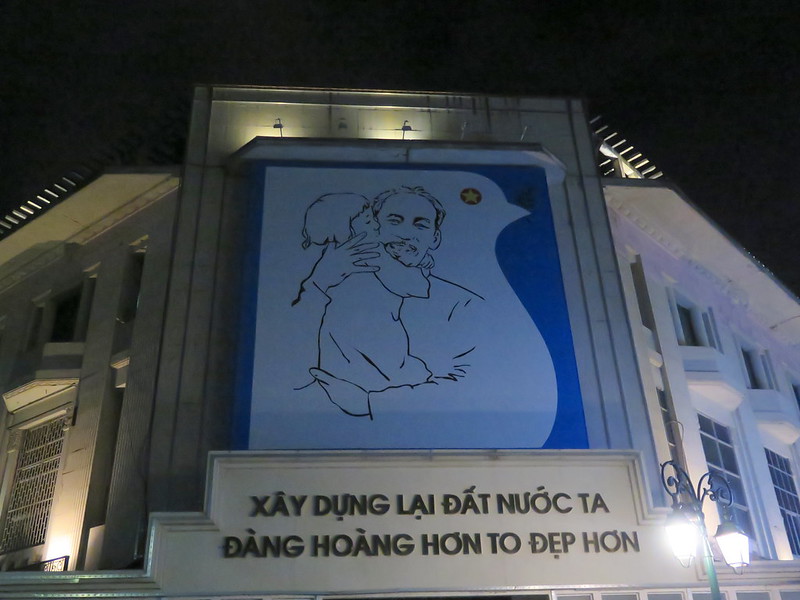 The museums and monuments corroborate that idea, dedicating themselves more to portraying the evils of colonialism and the heroic acts of people who fought the colonial forces than to illustrating a post-capitalist worker’s paradise. A visit to the Women’s Museum yields two floors dedicated to female revolutionaries who fought against the French and American forces and their fates when captured. Similarly, Hoa Lo Prison (known by American POW’s as “Hanoi Hilton”) is divided into two parts: the first is a scathing reconstruction of conditions here during French colonial rule, depicting torture and treatment of political prisoners at the hands of the colonial forces. 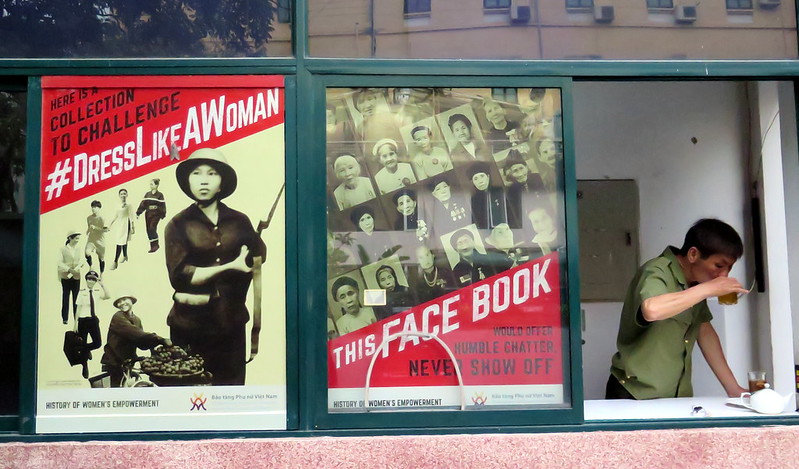 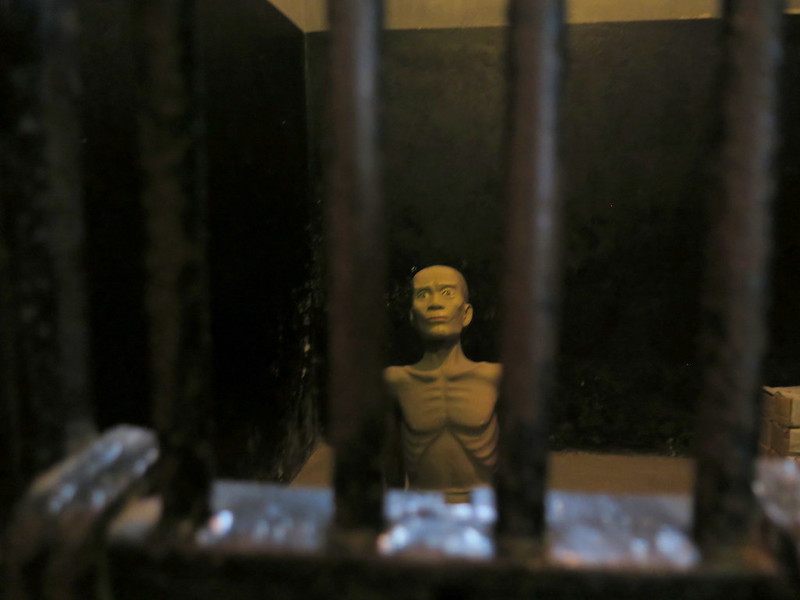 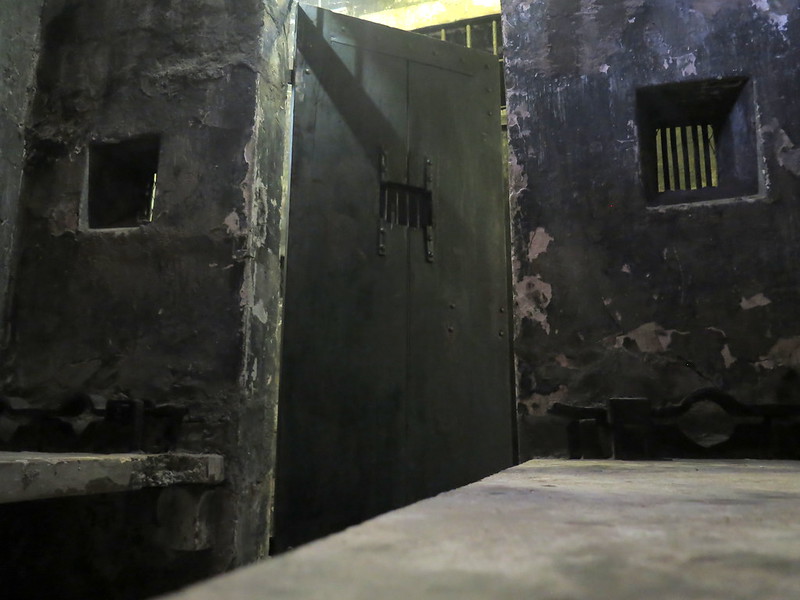 The second half of Hoa Lo Prison is a museum dedicated to the American POW’s housed here during the war, with specific attention paid to the good care and conditions the prisoners received. Wander through and you’ll find yourself staring at goods given to them for personal hygiene and entertainment, at photos on the walls of them playing volleyball or celebrating Christmas. It’s a fascinating juxtaposition, a sort of proud elevation of the Vietnamese people over the barbaric colonial forces. I can’t comment on veracity, but it’s certainly interesting to see. 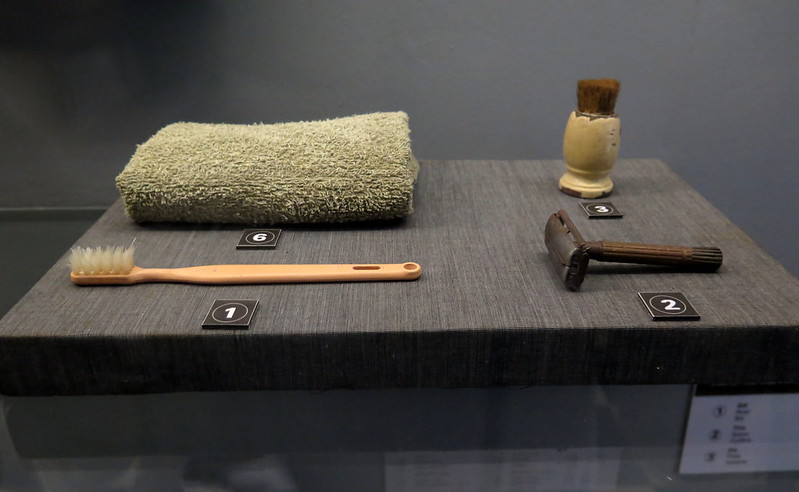 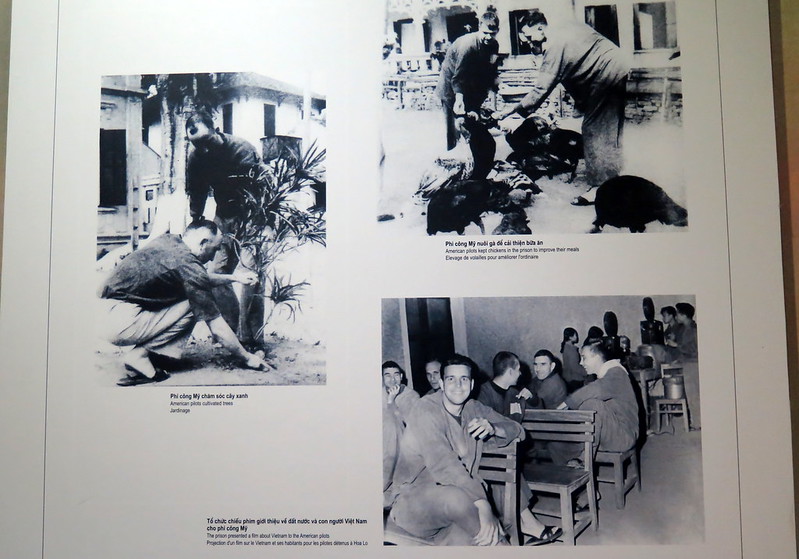 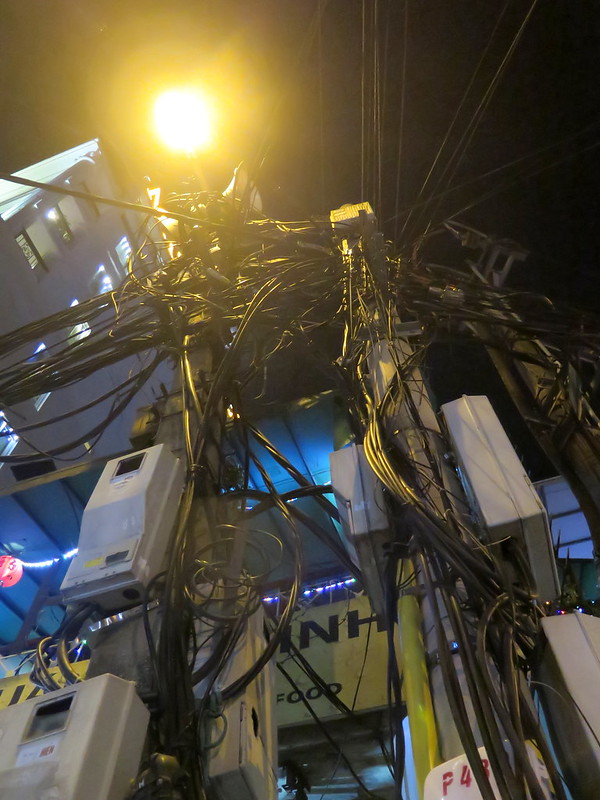