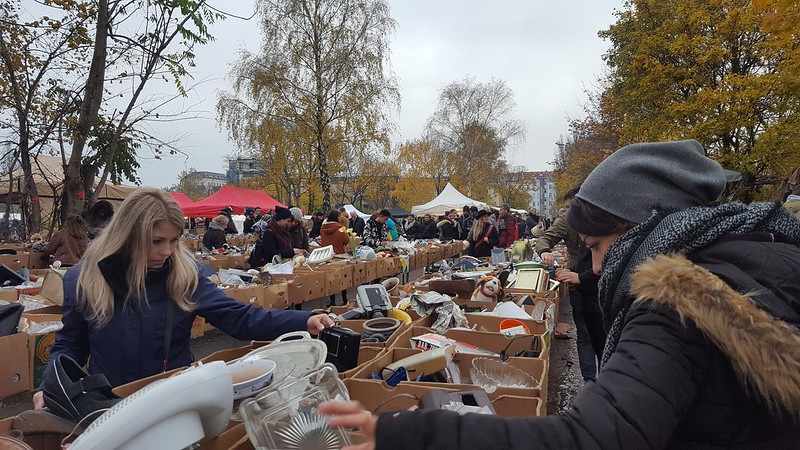 The Berliners are thrifty folk and their flea markets are awesome, brimming with everything from antique toys and art deco jewelry to boxes full of secondhand kitchen goods and clothes of prior decades. Though websites online offer curated lists of Flohmarkt, or flea markets (here, and here, and here), some of the info might be out of date, so always go prepared to ask for locations and times of the markets should you show up at a location and find it empty.

Here is the Berliner Trödelmarkt, which had an excellent selection of both cheap and antique jewelry and toys: 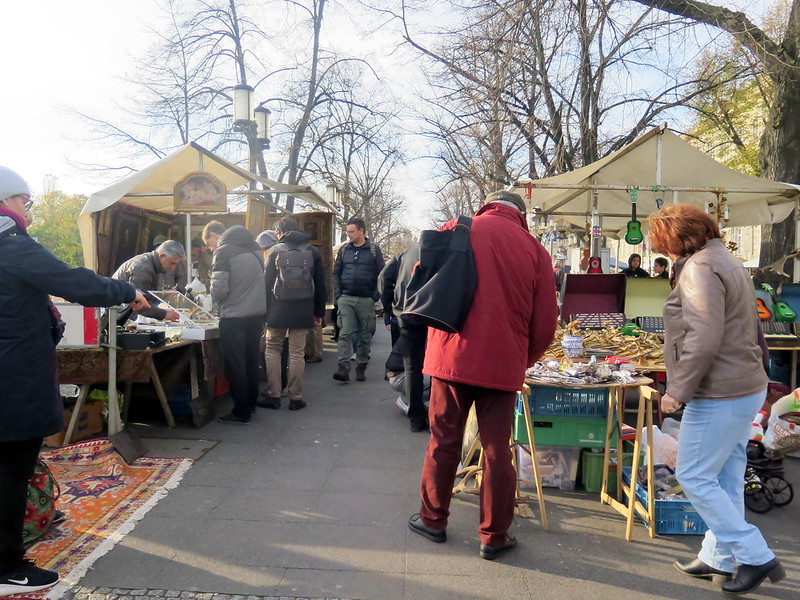 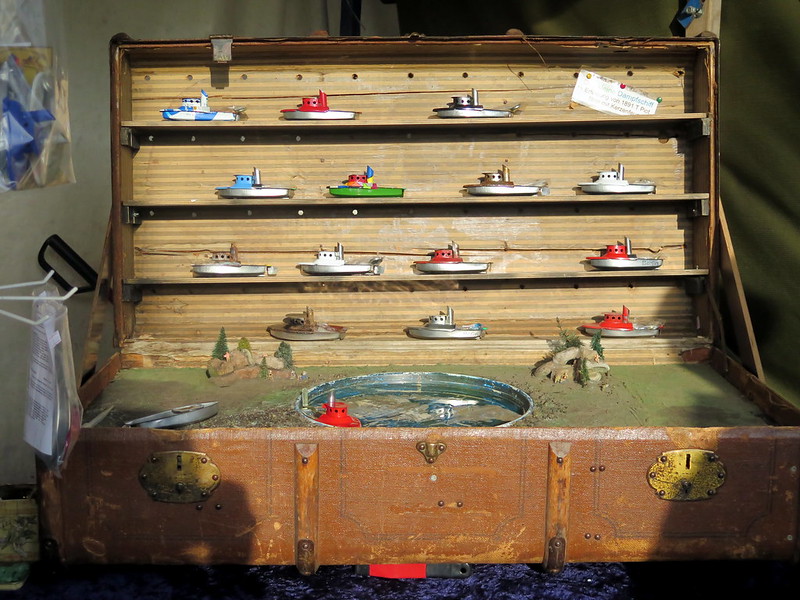 And yes, the flea markets happen even when it rains like crazy, like it did when we visited the Mauerpark Flohmarkt. This market had way more handmade goods, clothes, and boxes of odds and ends: 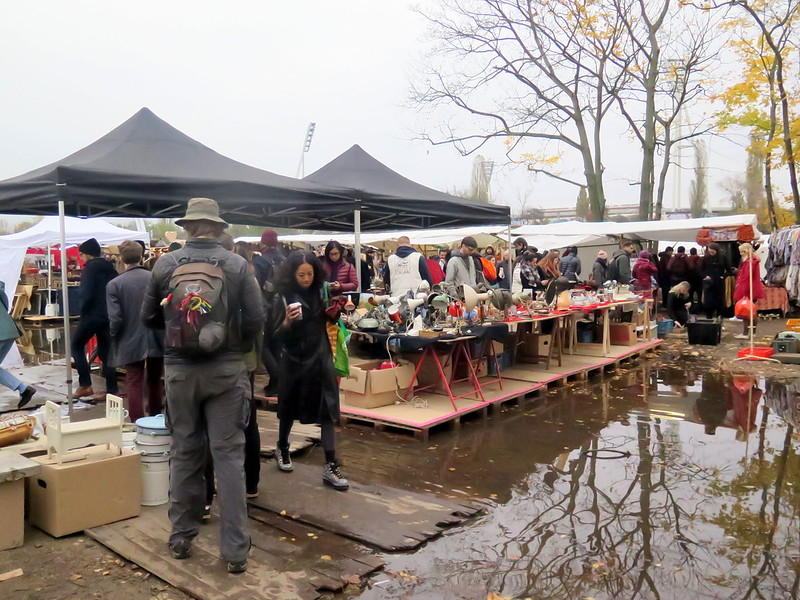 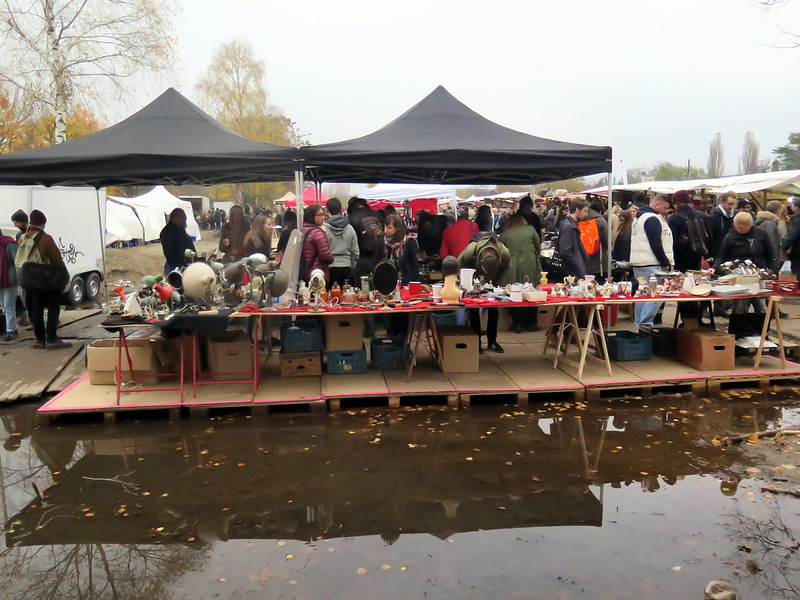 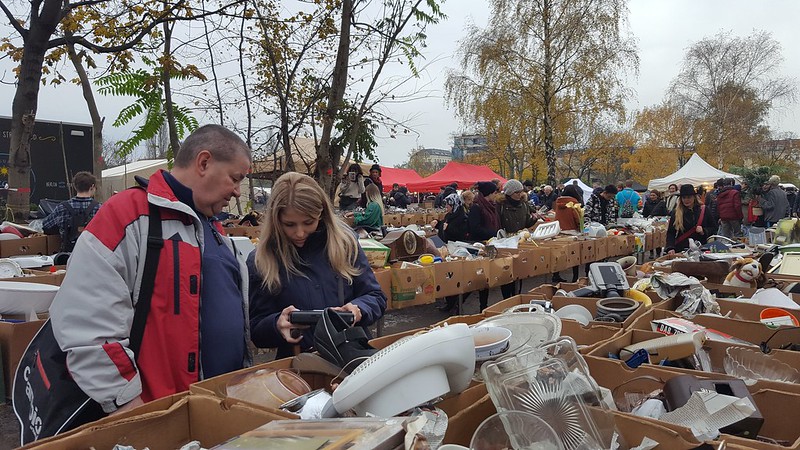 You can’t see everything in Jakarta in just one day. But if that’s all you have, this tour will take you across the city to sample its offerings in history, culture, and food:

Catch breakfast at Bakso Rusuk Samanhudi, where their specialties are traditional Indonesian bakso (meatballs) and rusuk (braised ribs). Spoil yourself and get both in menu item #1 (Bakso Urat + bakso Kecil + Rusuk) because you’re going to be doing a lot of walking before lunch. And if you loved it, come back here any time; the restaurant is open 24 hours.

After breakfast, walk down Pasar Baru and watch the market wake up (it officially opens at 9:00 am). Here you’ll find food stalls, clothing and fabric stores, shoe shops, and all sorts of other odds and ends. Watch out for the occasional ojek (motorbike) careening down the street.

Wander south and you’ll encounter Istiqlal Mosque, Indonesia’s national mosque and the largest in Southeast Asia. Dress modestly and register with the front desk, and you’re free to admire the architecture inside. Across the street you’ll find the St. Mary of the Assumption Cathedral, the seat of Catholic worship in Indonesia. Again, dress modestly and you’re free to look around and admire the gothic architecture. Given the conflict in the rest of the world, the peaceful coexistence of these two houses of worship so close together is inspiring.

Southwest of the mosque and cathedral is the Monument Naisonal (National Monument), also known as Monas. Housed in a massive park, the tower holds a gold-leaf flame atop to symbolize the struggle for Indonesian independence. Reliefs depicting the fight for independence surround the tower’s base, and during business hours you can ascend to the top (though the wait can be long and the elevators crowded). The surrounding park affords a relaxing walk and souvenir vendors, but it can be hard to find your way in and out as the park only has entrances at each of its four corners.

Once you’ve worked up an appetite, head south to Agus Salim Street, which is famous for its street food. Grab a quick nasi goreng with telur (egg) or ayam (chicken), or get a bowl of mie (soupy noodles) with chopped meat and veggies. You won’t find many English speakers here, so brush up on your Indonesian foods and come armed with a smile and some patience. Eat quickly if it’s a Thursday and you want to catch the guided English-language tour at the National Museum.

Hurry back up the street to the National Museum, where on Thursdays you can catch an English-language tour by the Indonesian Heritage Society at 1:30 pm (double check tour times at the link). If it’s not Thursday, explore on your own. The museum houses thousands of artifacts illustrating Indonesia’s diverse history and culture, so it’s best to choose a couple of exhibits rather than cover the whole museum.

After visiting the National Museum, it’s time to indulge in some consumerism at the massive mall plazas that sprawl just to the south of the National Monument Park. Catch bus line 1 south from the Monumen Nasional stop in front of the museum and take it three stops to Busway Bundaran Hotel Indonesia. Cross the street and you’ll find yourself between the Plaza Indonesia and Grand Indonesia, two enormous, multi-story malls. Complete with themed food courts, international brands, and batik boutiques, you could literally and figuratively get lost in these malls for hours. This is a good chance to stock up on a quality batik scarf of dress, indulge in a quality coffee, or just marvel at the difference in development and income between these malls and the Pasar Baru Market only a couple of miles away.

Catch bus line 1 south again and ride 30 minutes (10 stops) to the end of the line at Blok M. If you’re worn out from the consumerism, get some fresh air by wandering the streets around Blok M station or head to Martha Tiahahu park for some greenery. Blok M also hosts a plethora of stores for gemstones, secondhand books, and records if you’re not done with shopping. You can also get an early drink here at a bar, but careful of what you order as we’ve heard there can be hidden charges.

Once darkness falls and the shops of Blok M shutter, head to the Blok M Square for the nightly food market that sprouts up on the sidewalk outside. You’ll find a panoply of traditional Indonesian food on offer, but to sample the greatest variety get some padang—look for a long table with dozens of dishes on it. Get a plate of rice from the vendor and then load it down with whatever catches your fancy – I’d recommend the quail eggs on skewers, fried egg, braised eggplant in sauce, and sweet gudeg. Pay at the end based on how many dishes you got and doff your shoes to take a seat at one of the low tables nearby. When you’re done, indulge in dessert with an STMJ – a local drink made with milk, spicy ginger syrup, honey, and egg, topped with a thick froth and caramelized with a blowtorch.

Buses run until 11:00 pm, so when you’re done you can catch one back to your hotel/hostel. Or if you want an all-nighter, you can stay until 3:00 am, when the food stalls pack up for the night to make way for the 5:00 am bulk goods market.

We’ve just had one of those moments where we are painfully aware we’re not in our home country, despite all the trappings of modernity that resemble the U.S. We’ve been driving for a day and it’s abundantly clear that we’re going to need a microUSB charger for the car if we want to have any hope of keeping the phone alive and navigating on this continent. Great, we just need to pick one up from the store. But the question is what store?

Back in the U.S., we’d just search for the nearest Target or Walmart, but here in New Zealand, neither of these big box chain stores exists. Likewise for electronics stores; a search on Google maps for Radioshack turns up nothing. Alright, it looks like Google Maps isn’t going to be particularly helpful. We could try searching online for the name of a big box store chain here in New Zealand, but that could lead us down a rabbit-hole of all the possible stores in New Zealand. And the phone battery is already dangerously low.

We resort to some simple logic. Where are big box stores normally found in the States? Strip malls and suburban areas, alongside supermarkets. So we search for PaknSave, the only supermarket chain we know here in New Zealand, and get a lead. Ten minutes later we’ve located the PaknSave and a few monstrous parking lots down, there’s a massive store called The Warehouse. It turns out to be the functional equivalent of a Walmart, complete with bargain basement prices on everything from USB cables to cheap fleece blankets. We buy our charger, a blanket for picnics, and as a splurge buy a $11 boogie board for the beach. We’ll have to shed these things when we leave our car camping behind, but hey, for now they’ll be fun. Three hours later and about $20 NZD poorer, we’ve got our phone charger and a few other things we don’t need. And we know where to get more if we want it.

This is all a reminder of how much innate knowledge we take for granted in our daily lives, from where to buy things to how the world around us works. We were in “easy mode” here, since at worst we could have used English to ask people for directions, though that would have taken more time. But what if we were in a country where we didn’t know the language, and what about all of the foreigners still learning English that visit the U.S.? When people ask simple questions like where to shop, there’s an easy tendency to say “That place, duh. How could you not know?” But we’re all only one country away from not knowing the answer.