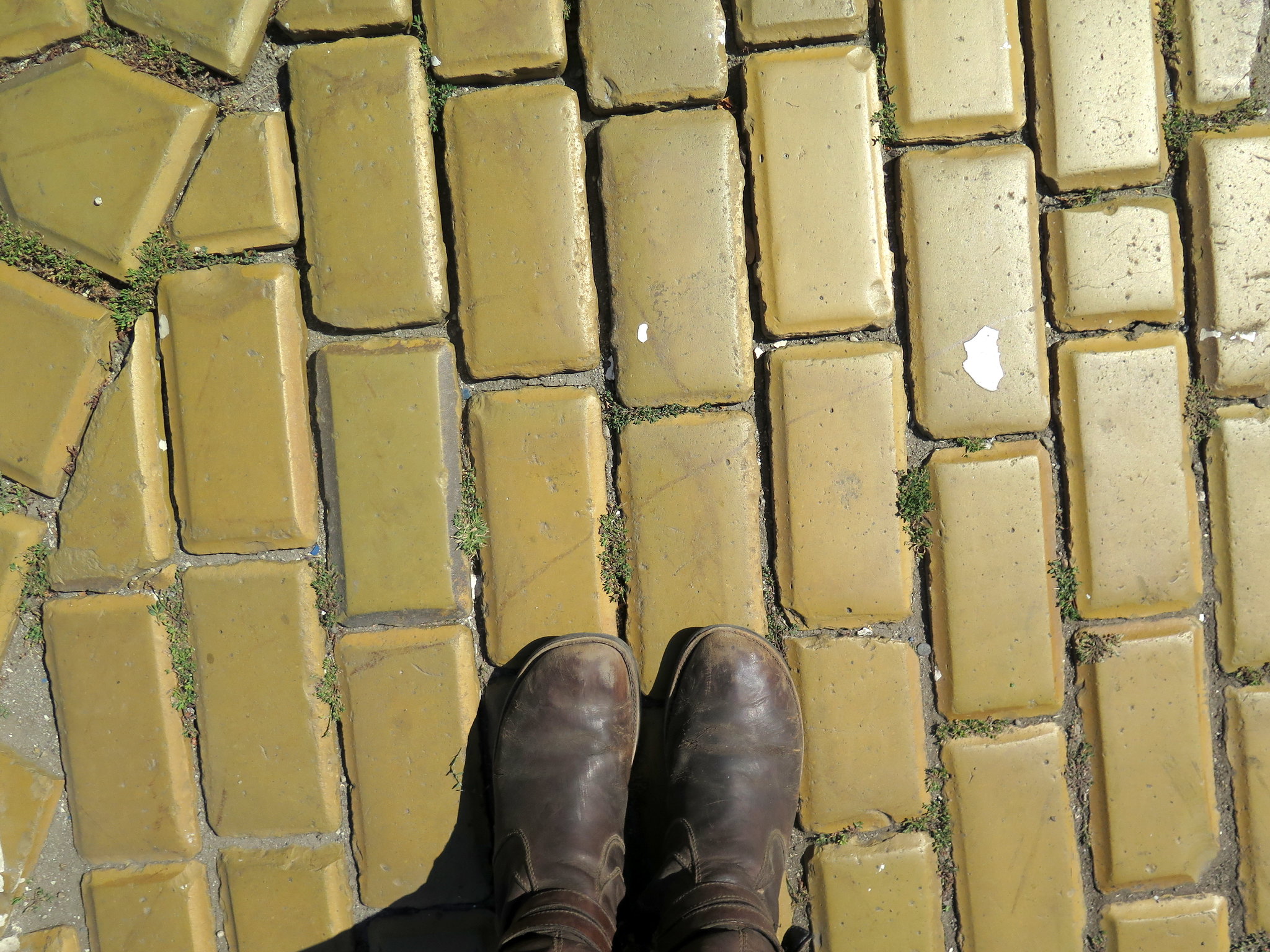 A long time ago, I probably would have said I was from Sofia. It’s not actually the city where I grew up, nor is it the one where I spent the most time, nor is it where most of my family is. It pops up in my life time and again for a few reasons. First, I was born there. Second, everyone who prides themselves on “knowing things” can name it as Bulgaria’s capital. And third, it’s really the only entry point for this country of mine. 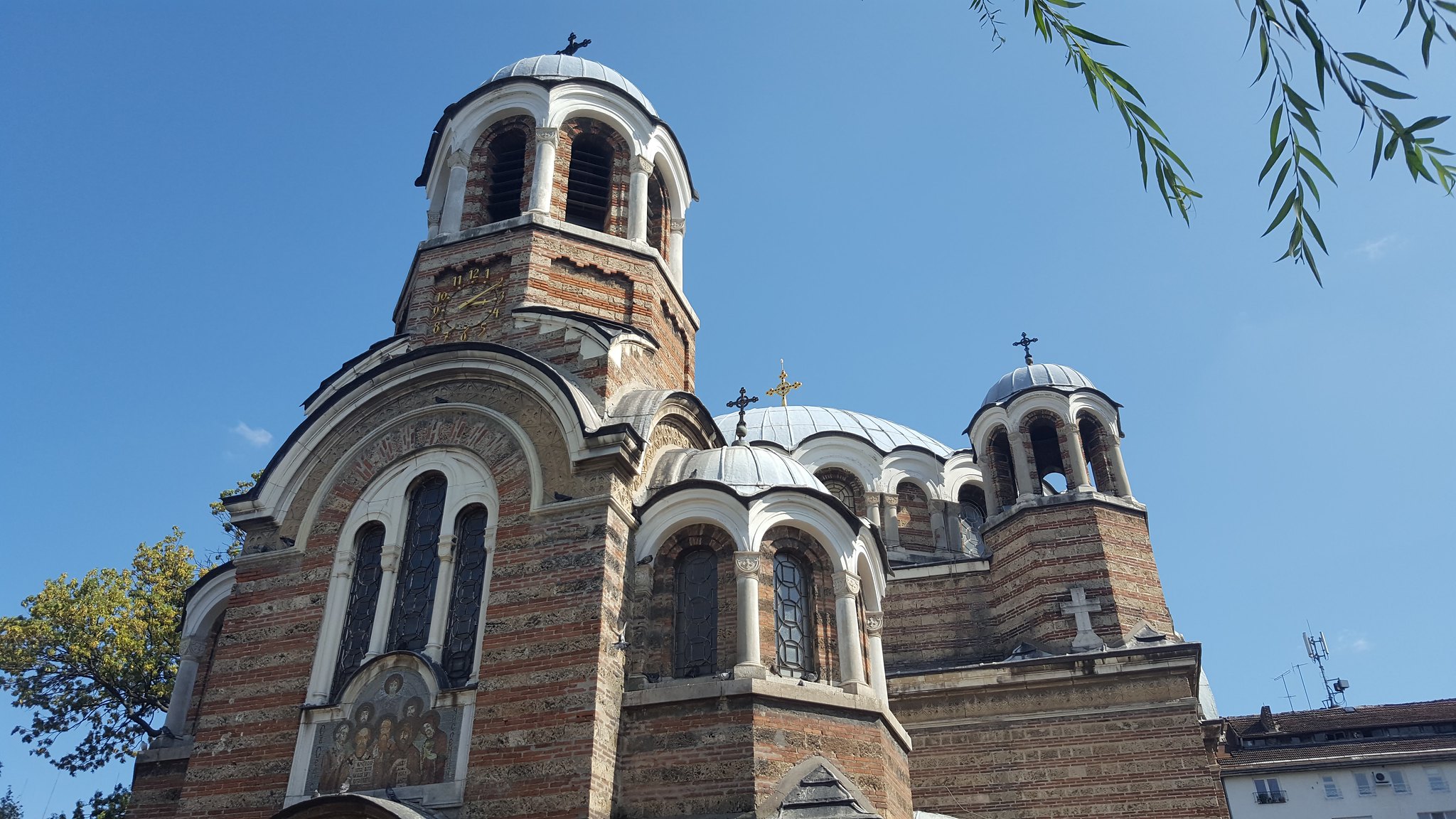 On our magical world trip, we arrived to Bulgaria much as I had arrived with my family every other year or so for the decade of my teenage years. After the landing and past customs, I was home. Or some version of it. At the very least my ears and eyes were home. Everywhere I turned, Bulgarian. On the signs, in the air, the complaints of my countrymen forming a comfortable sonic blanket. 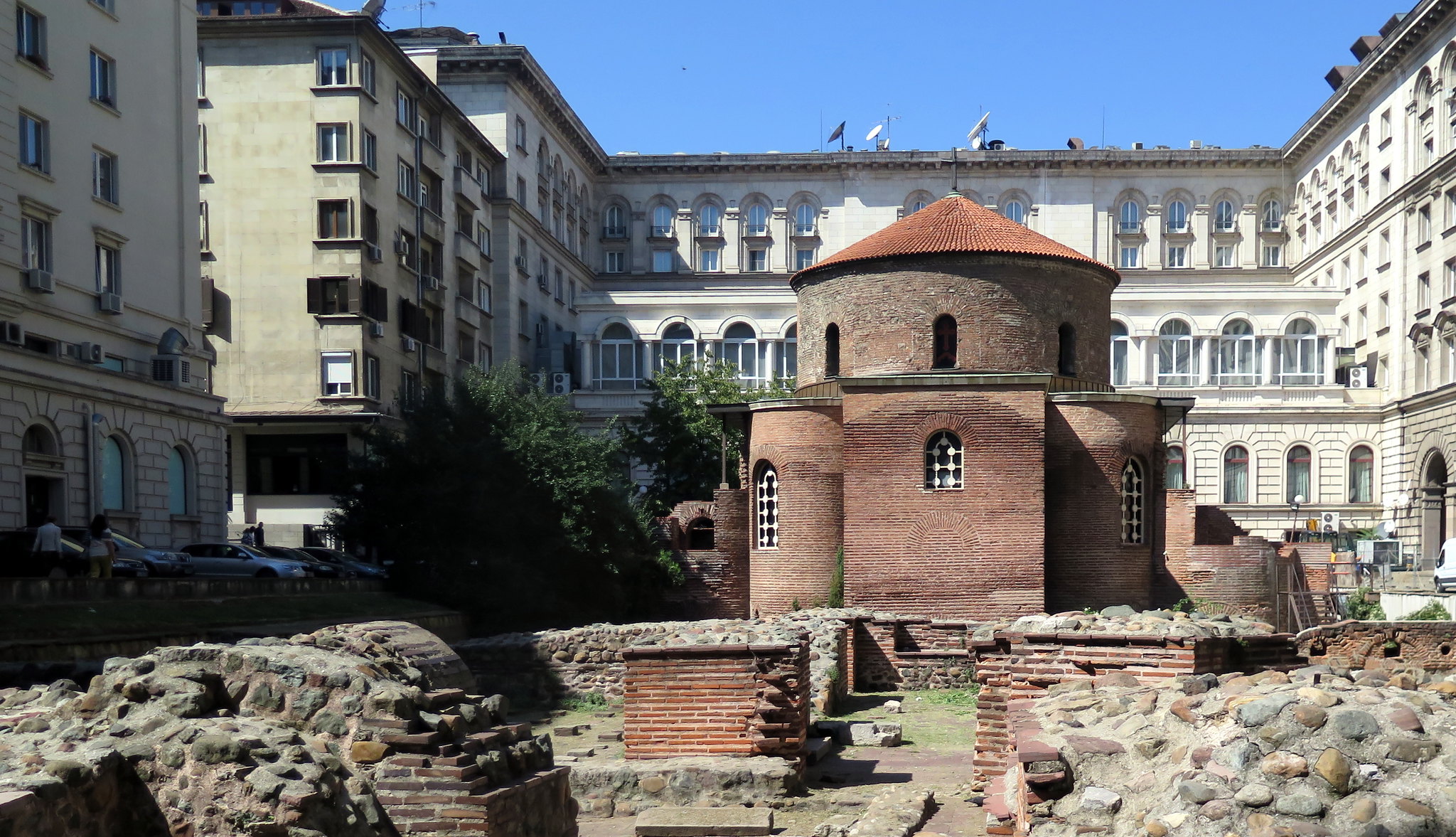 Normally we would get in sometime in daylight, my uncle picking us up and driving to his apartment near the city center. The first impression of Sofia in that direction is smog. Black, ominous, rapidly spreading smoke used to come out of the exhaust of every other vehicle. I say used to because now, in 2017, Bulgaria at large is in a state of improvement. Despite Europe’s fastest declining population, despite rampant political corruption, despite low salaries – Bulgaria seems hopeful in a way that I do not remember it ever being. 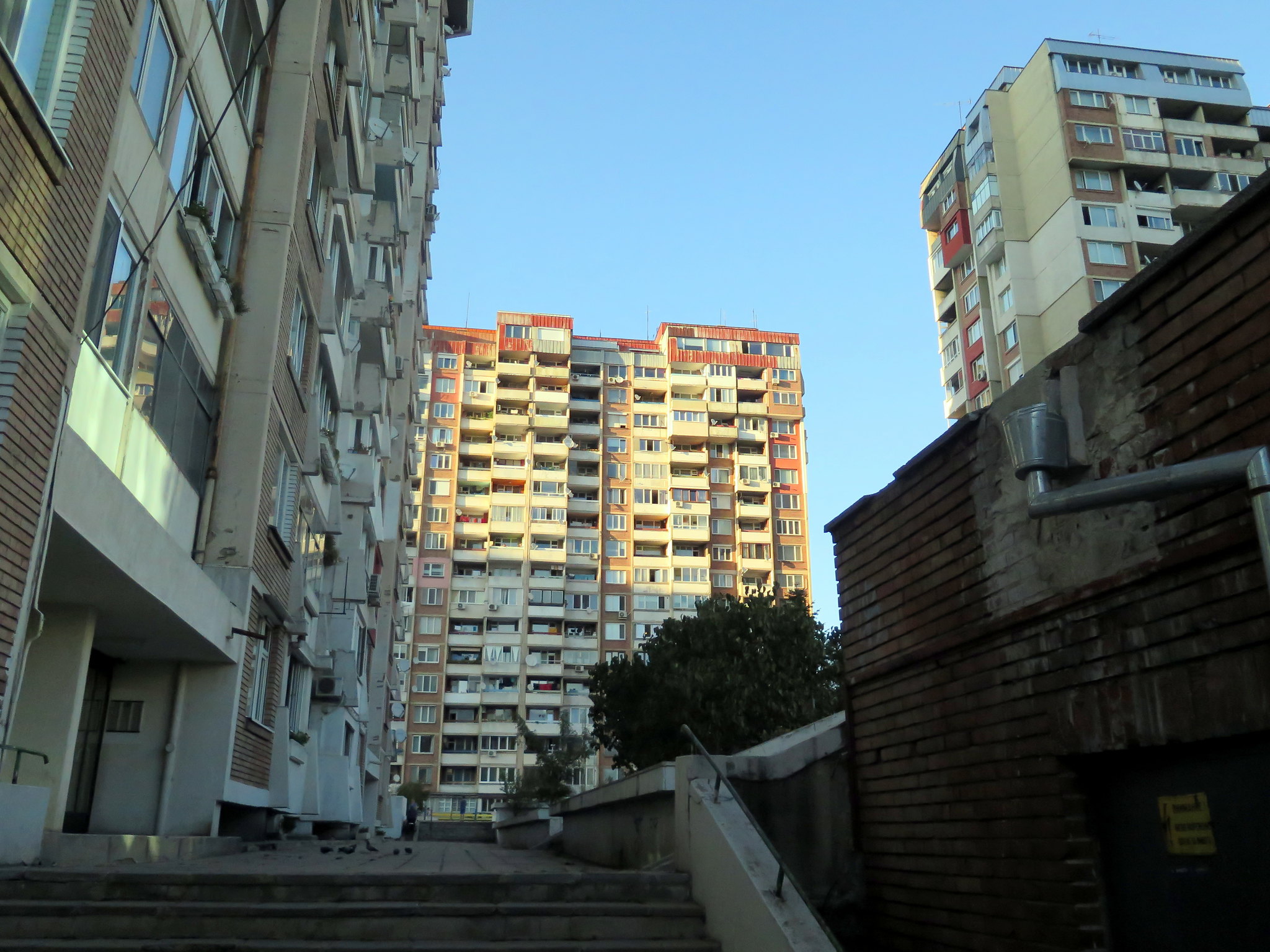 We didn’t take a car in, we took the metro. A quick and mostly uneventful ride took us to the heart of the capital, near to the central Vitosha boulevard and the center of all nightlife. My childhood memories of this place betrayed me. I expected to find a decaying city. I can’t say those are gone – there are certainly parts of the city that follow old habits – but at least in the center, people are lively, optimistic, and happy. The buildings seem to have been arrested in their disrepair, with new construction and repair operations taking place all around the center. It’s not perfect, and the sidewalks are more dangerous than the bums, but it’s better. 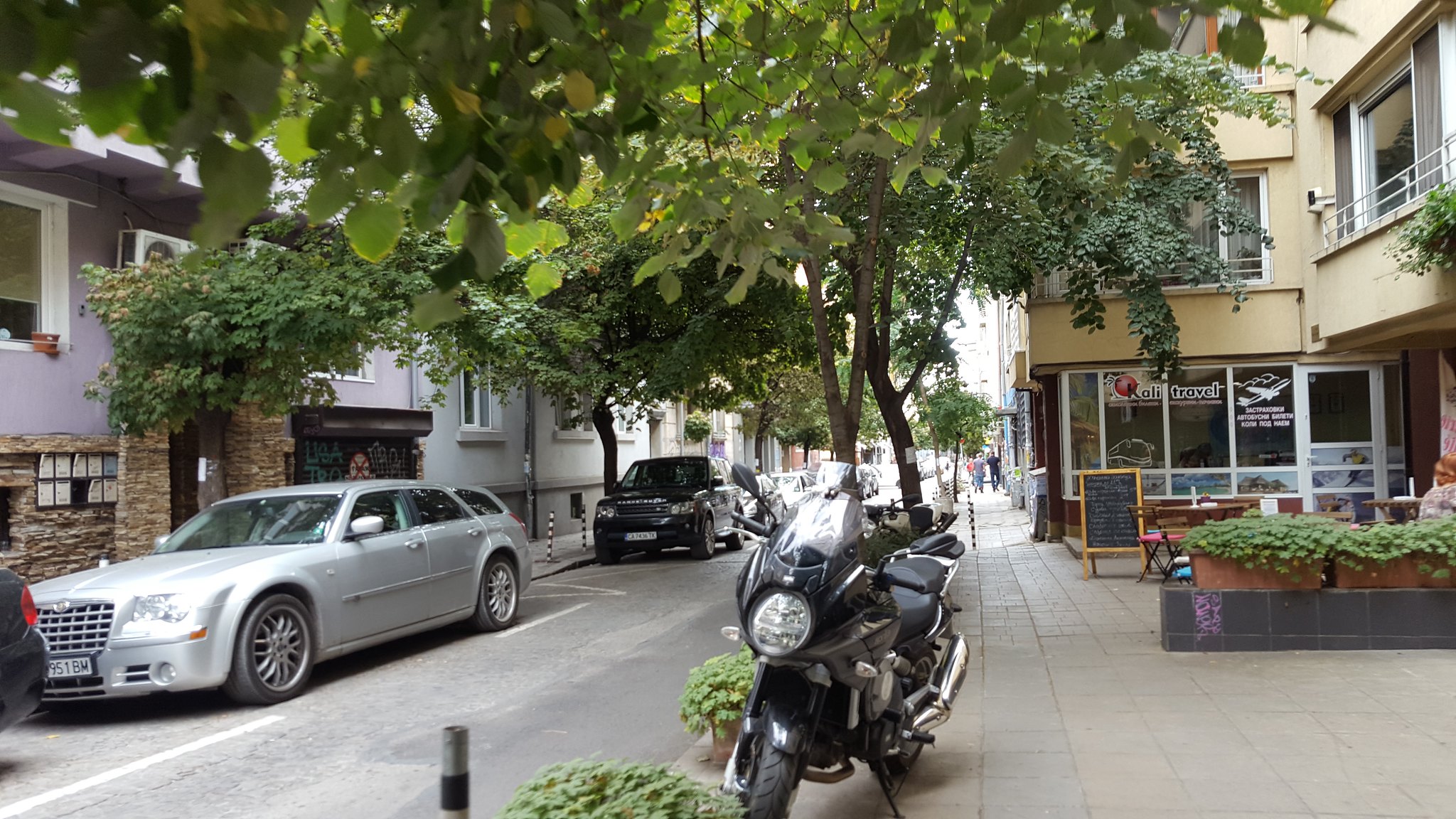 I view this all with an outsider’s perspective. I never knew Sofia well enough to judge, and I have precious little in the way of knowing the local customs and context. Thankfully for all outsiders, Sophia (and Plovdiv) have not only hostels, but also a free walking tour! I can’t recommend them enough and they are signal number one in my impression of a newer, brighter future for the country. Of the young people who haven’t left, many have decided to make their city and country the best it can be. 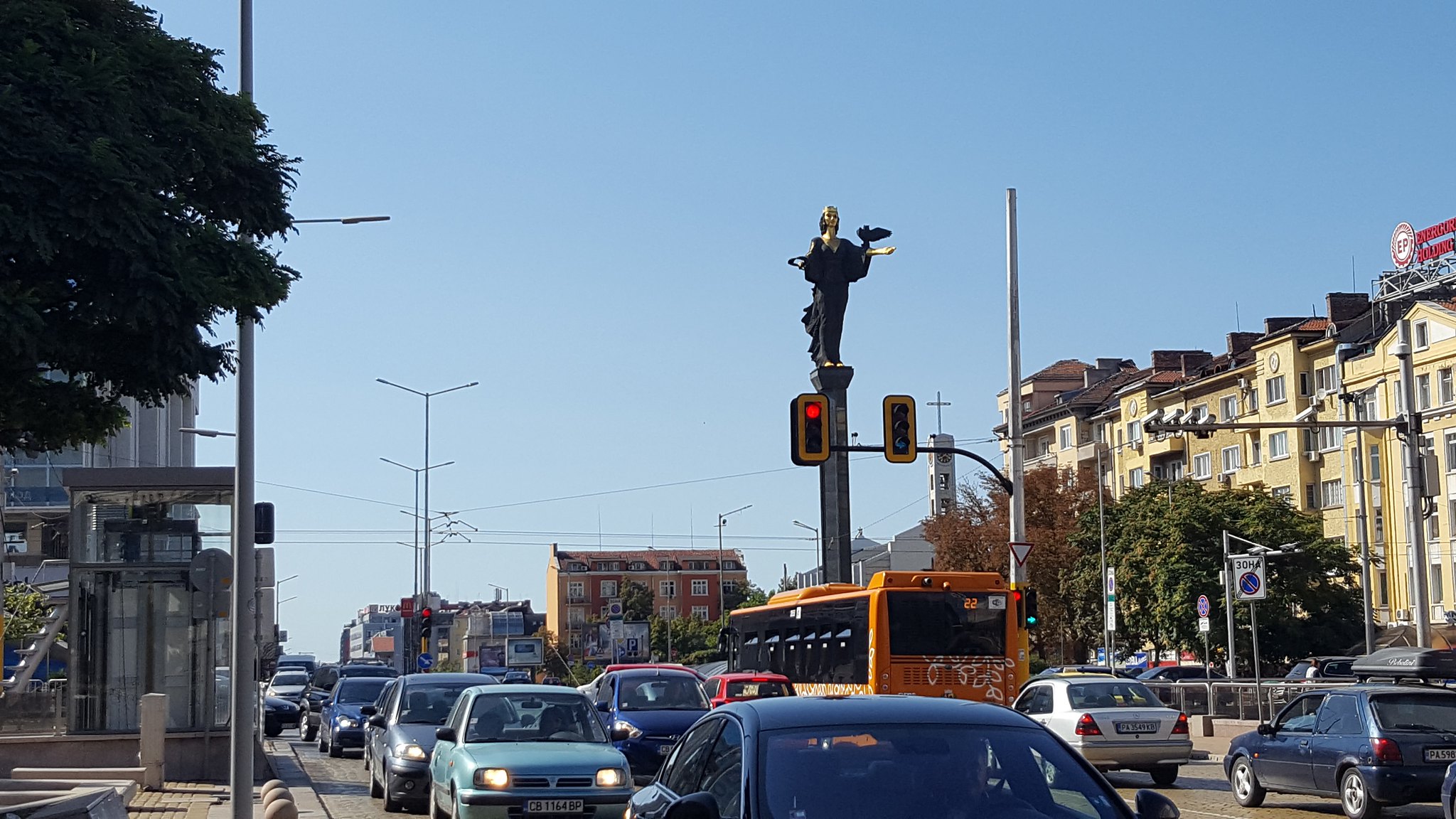 Go take the tour, really. You’ll see the sights – the Nevksy Cathedral, the Sveta Nedelya church, the Office of the President, all of it. It’s great! Here are a few things that maybe the tour won’t mention and I really want to. 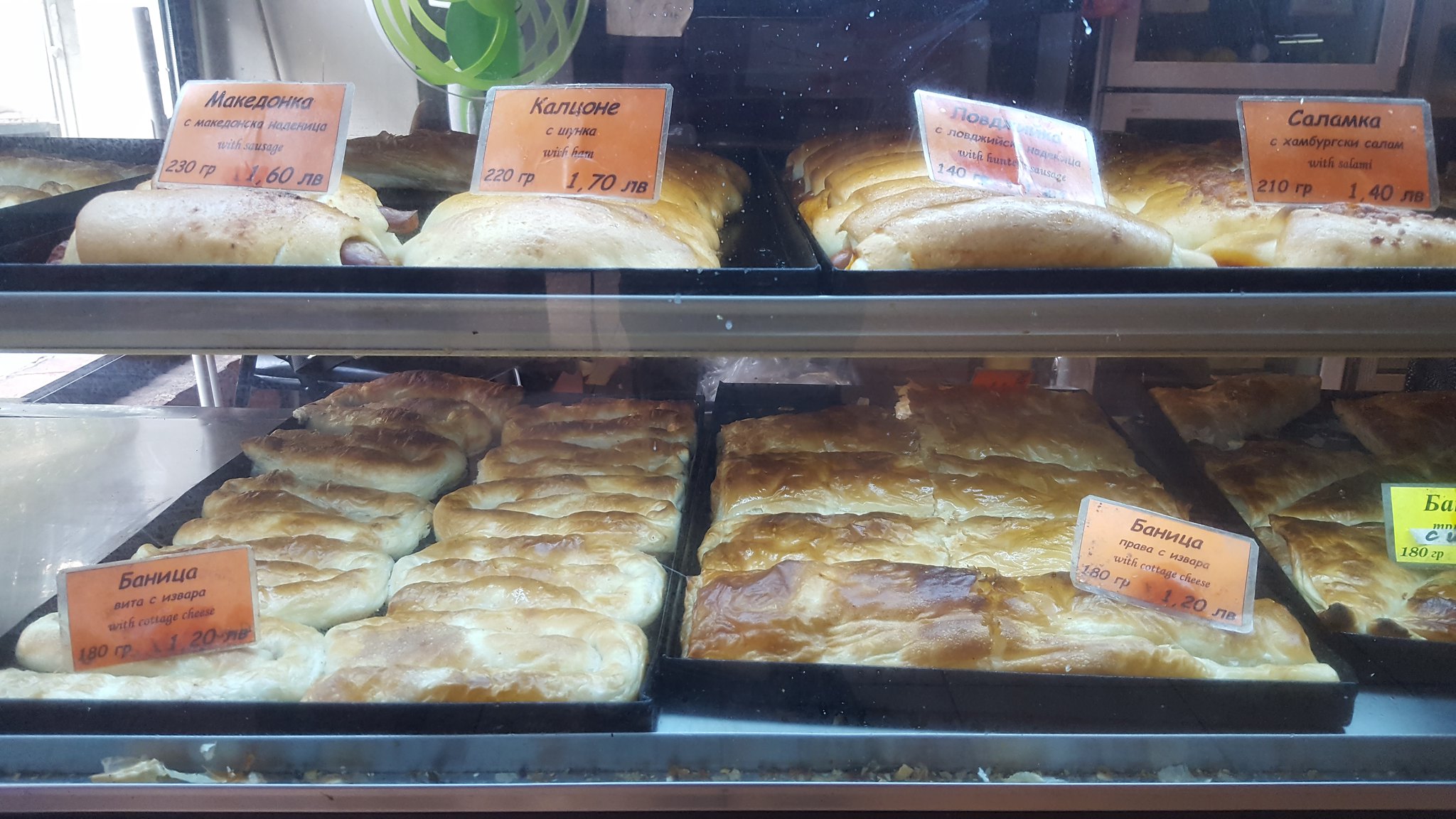 Number one, first and foremost, of utmost importance… Banichki and boza! This is the food of my childhood, unavailable in this form anywhere else. The rest of Europe has banichki in various forms – flaky filo dough wrapped around feta cheese (white cheese or just “cheese” in Bulgaria, it’s that prevalent) and baked with enough butter to make it near see-through. Every Eastern European country has this, and some of them do a damned fine job, but for me nothing is quite like the crunchy, chewy, oily, sour combination of Bulgarian banichki baked fresh. Any decent Bulgarian will have with their banichka a drink we call boza. The accent is on the “a”. It’s a lot like rice or soy milk and essentially different from any other drink out there. Tangy, brown, rich, a little zingy from the mild fermentation, it’s the best way to wash down the dough and butter overload of banichki. I recommend specifically looking for one that has a tiny number of ingredients on the bottle – ideally only flour, water, and yeast. If you don’t read Bulgarian, look for the one with the shortest ingredient list. The whole meal costs on the order of a lev or two, less than a dollar. 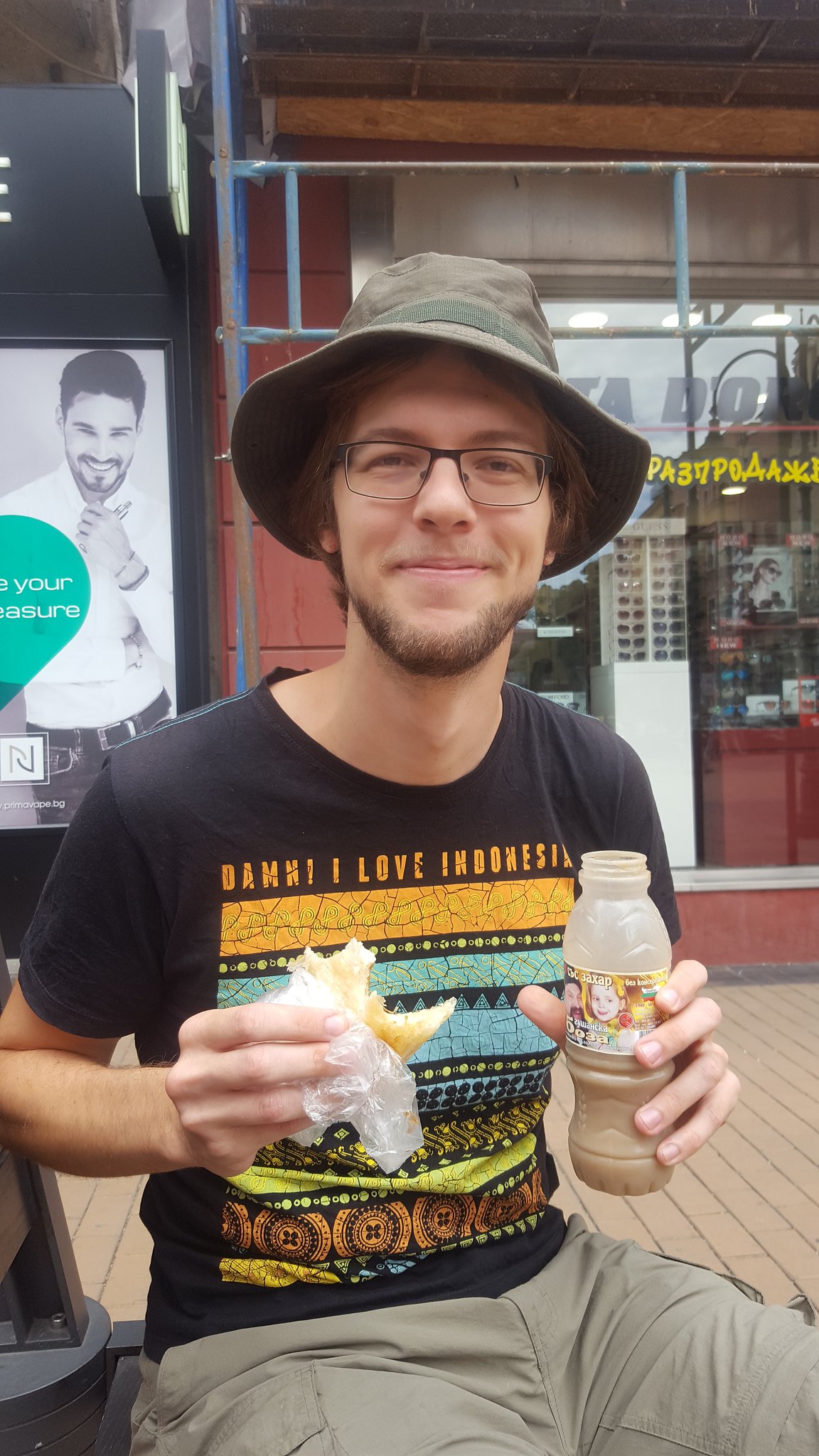 Get the square ones or the triangle ones. The triangle ones are my favorite personally. The only real difference between them all is the size and cheese-to-dough ratio. They are, fortunately, available everywhere in Bulgaria, every day for breakfast. What makes Sofia special is they’re available all. the. time. Not just for breakfast. 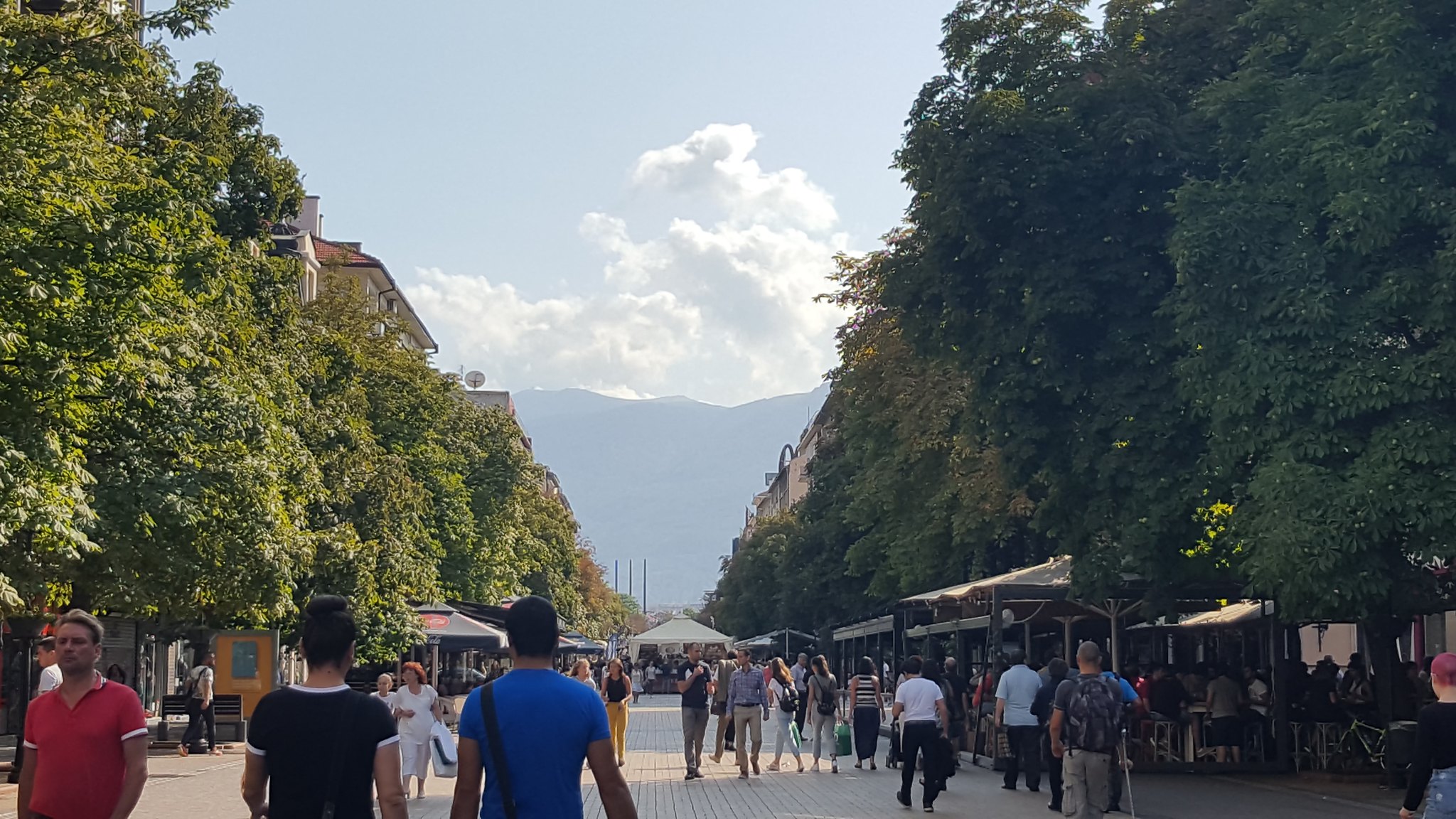 Take a stroll down Vitosha boulevard. The tour will sort of take you there anyway, but it’s worth walking up and down a bit. The boulevard has a great view on Mount Vitosha, Sofia’s local ski and hiking destination. I don’t have much to add here except that it has some nicer shops and is a great place to walk and people watch. I personally love it for its wide open, seemingly endless walking lane. 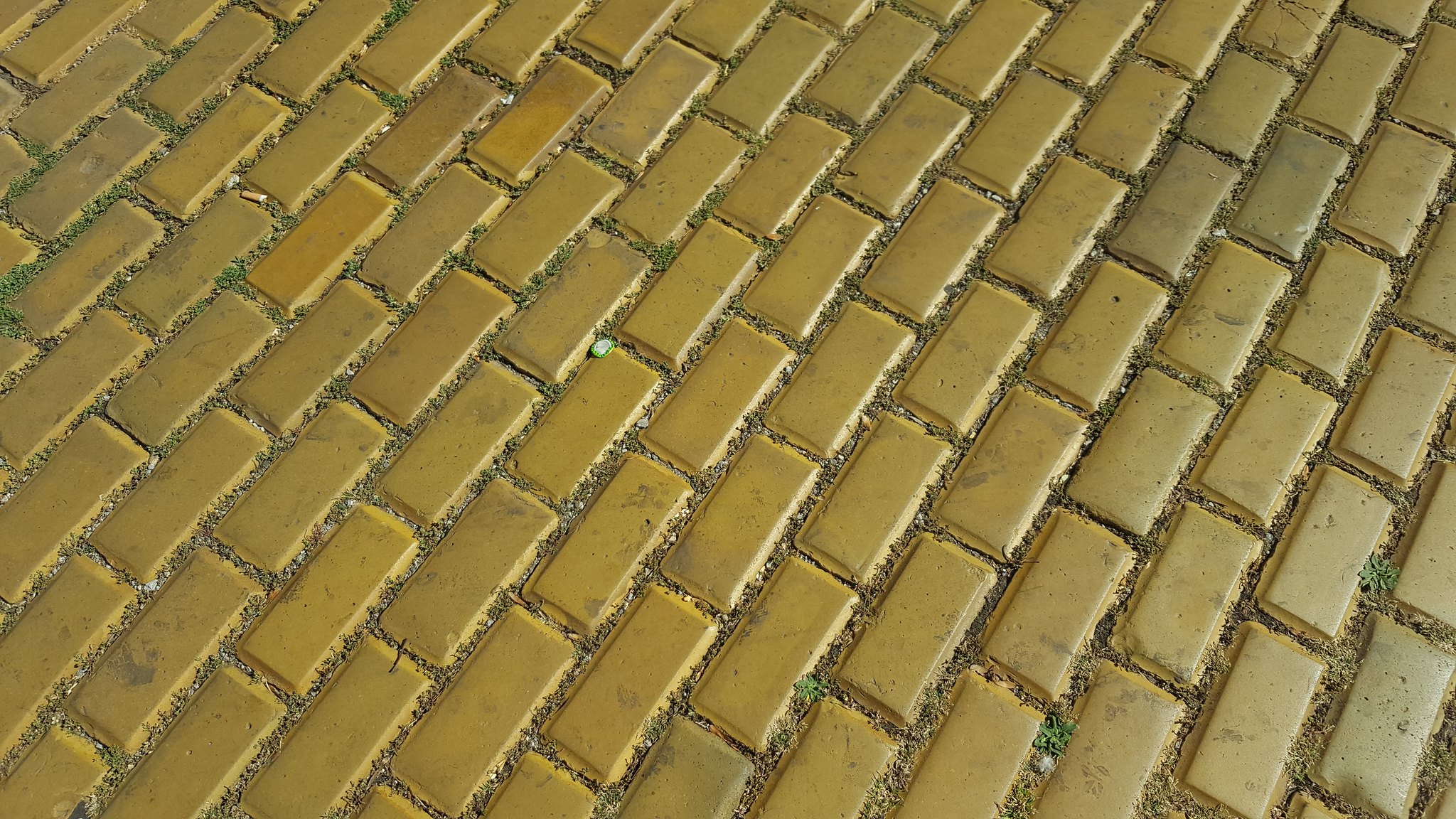 Pay attention to these little guys. They’re the hallmark of the old center of Sofia, and they’re incredibly yellow. I love seeing them, it reminds me of walking around as a kid with my mom. They’re also treacherous in the rain. Unbelievably slippery when wet, they will take you down. Given to us as a gift by some royal or other, we’re too damn proud or spendthrift to remove them, and so our slippery yellow brick road remains a glorious and dangerous symbol of our capital. 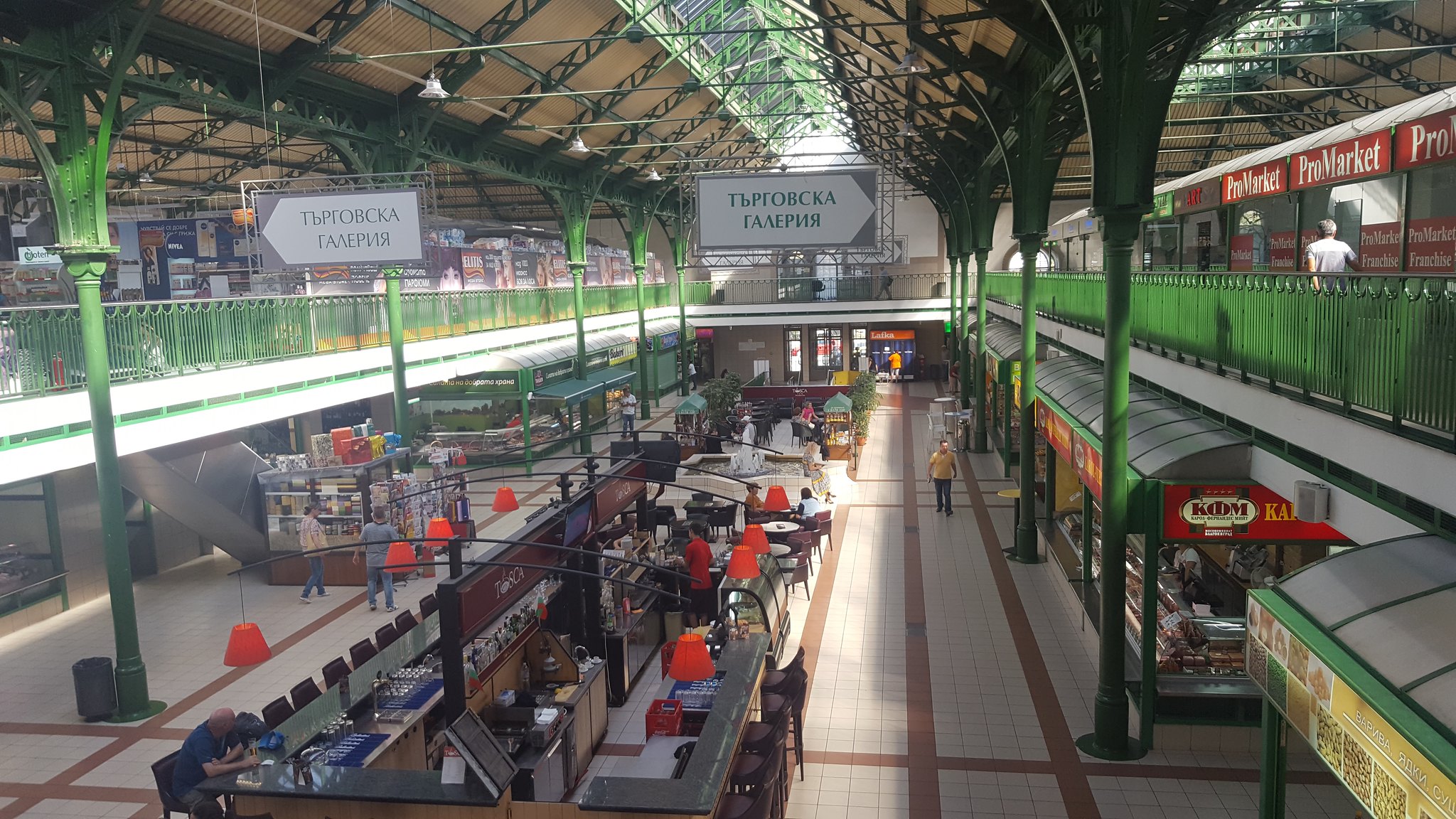 In a bit of a turnaround – don’t visit the Hali. It’s just not worth it. Maybe if it’s a weekend and there’s something going on, otherwise they’ve lost their luster. Traditionally the marketplace of Sofia, offering fresh meat, veggies, drinks, etc, they’ve become a bit hollow. They sell tourist chach now and don’t really have enough people in them to make them seem alive. 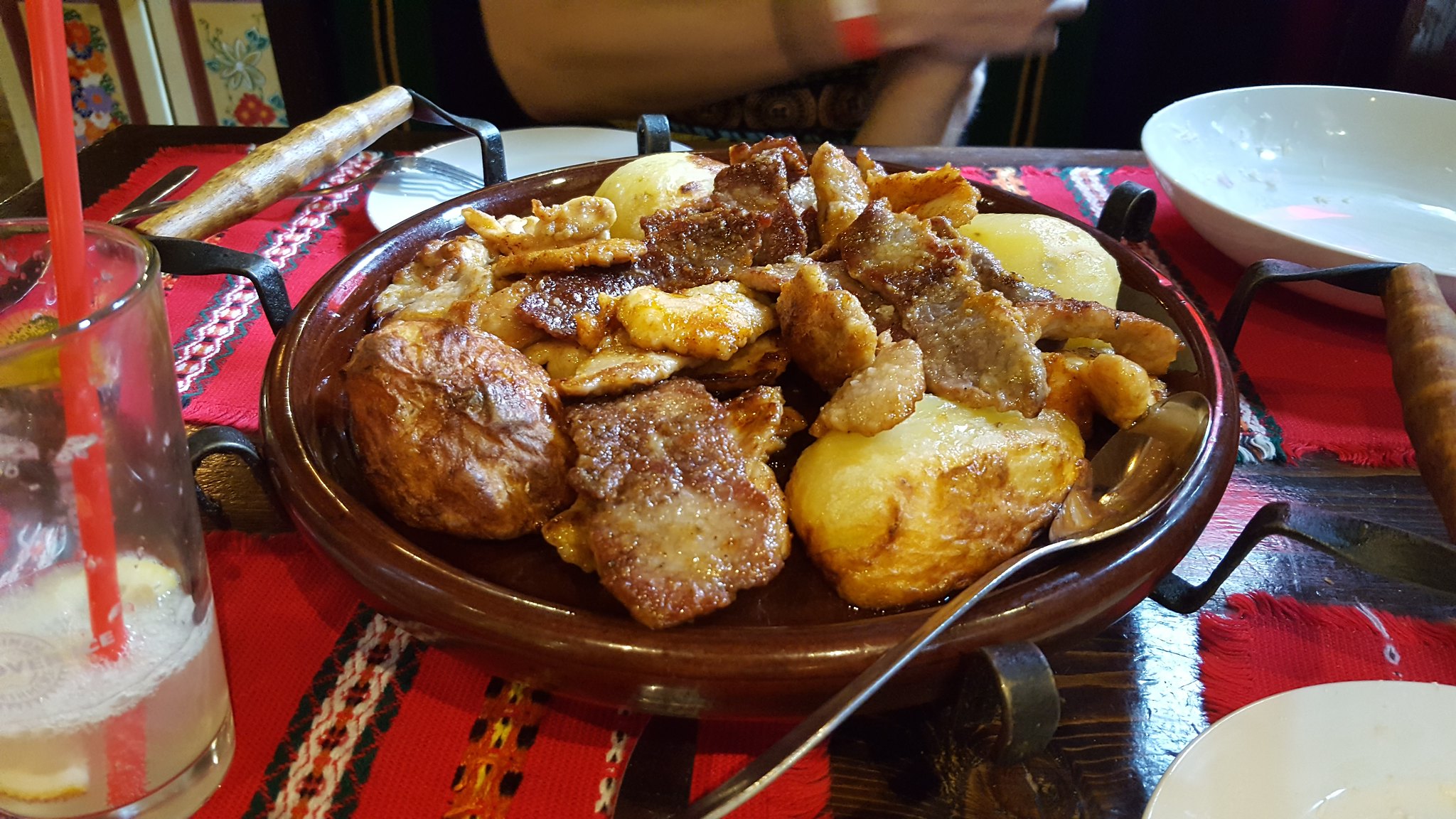 Instead, do visit a traditional Bulgarian old-country restaurant. Izba is the keyword here – it means cellar, and the insides of this type of restaurant are decorated in the best of traditional Bulgarian red and white. Wood everywhere, traditional food, friendly service. Lots of them have English speaking waiters now too because of the increasing tourist trade. Don’t come to one expecting a vegetarian meal. We have vegetables, we love them, we eat tons. We eat so many roast peppers you can buy individual pepper-roasters in the store (but really you want the 3x or 4x roaster, really.) That said, Bulgarian cuisine revolves around salad and rakia for starters and a big old plate of meat and veggies for the main meal. We went to lunch with a couple we met, one of whom was vegetarian. The answer to “do you have any dishes without meat” was a quick and solid “no”. This sets a pretty high expectation, and I think my country’s cooking skills hold up. Our meat is damned good. 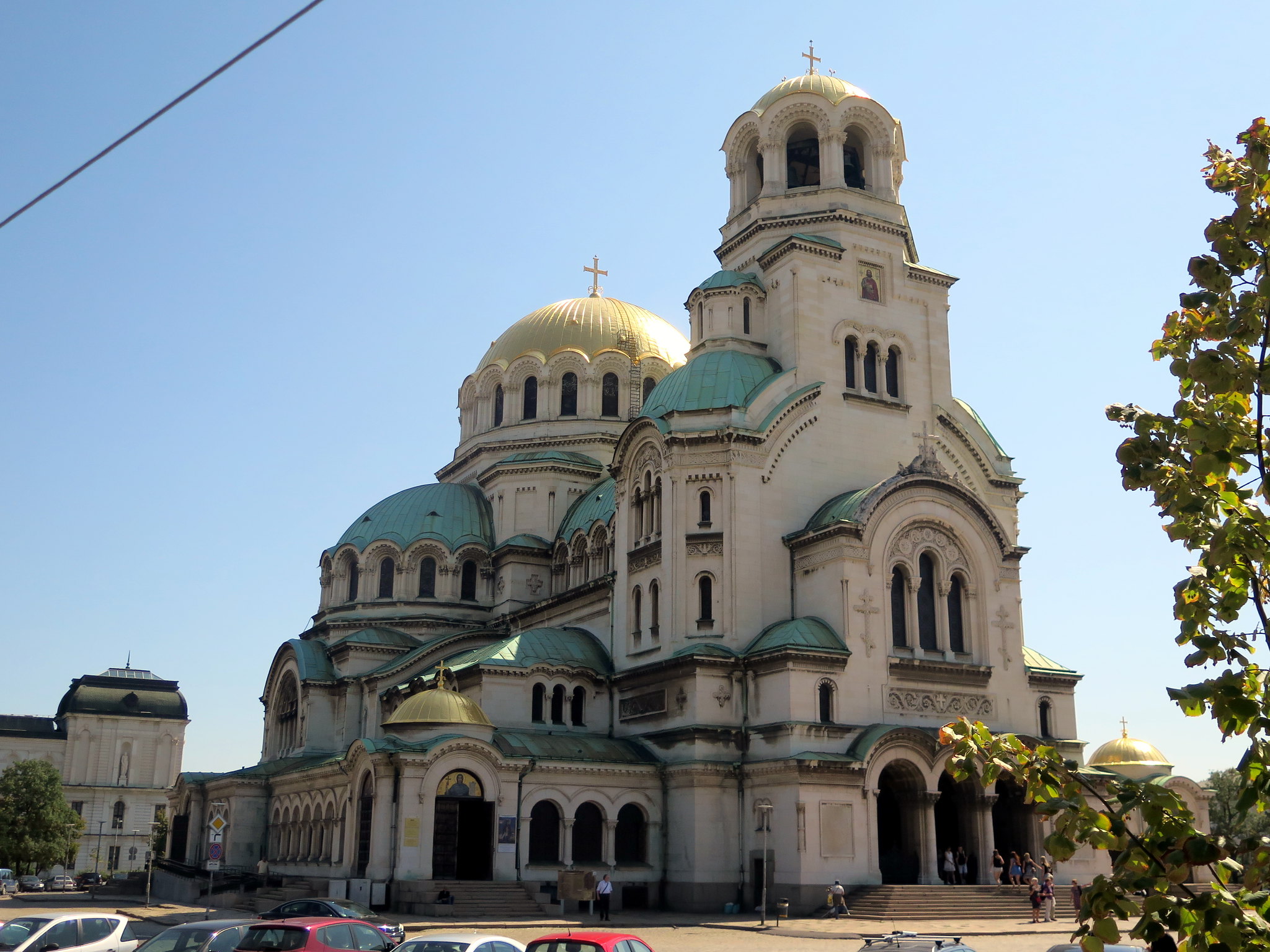 I was surprised by how much for the better Bulgaria had changed since the last time I was here 6 years ago. I sense that things are moving upward from here, and the number of tourists we saw vouches for that. I look forward to coming back.