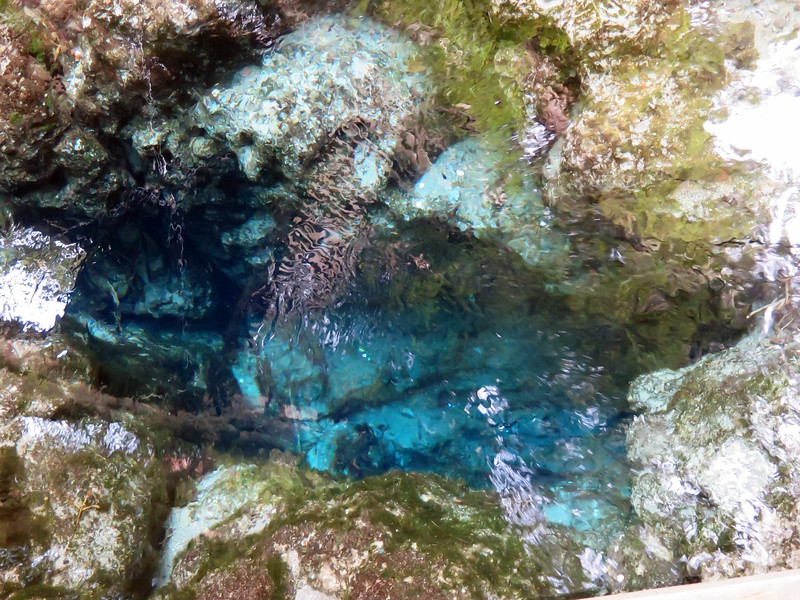 We turned inland at Tauranga and now we’re on the northern shores of Lake Rotorua, whose quiet waves lap the shore in the early afternoon sun. We park in one of the many lots that surround the lake and nap on the grass. The rules effectively banning freedom camping for anyone without a self-contained vehicle in Coromandel and the Bay of Plenty mean we spent last night in the car, and it did not make for a good night’s sleep. 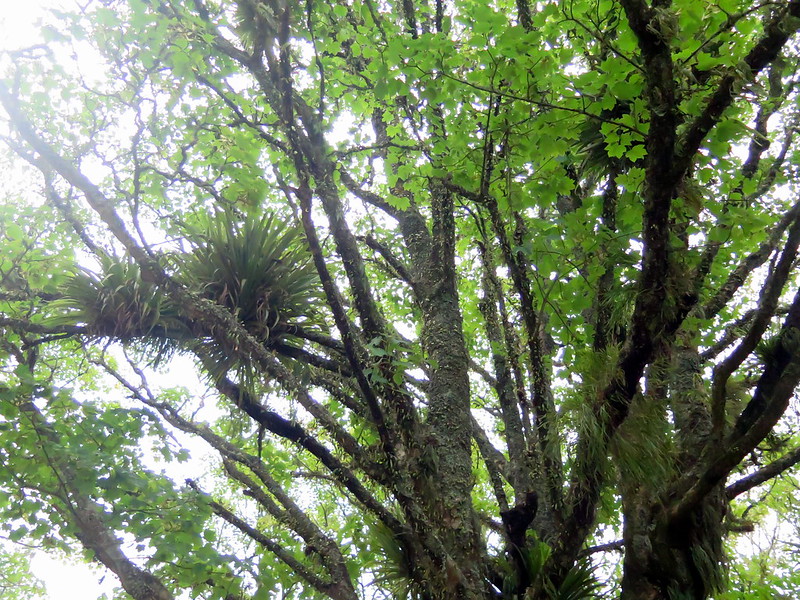 After an hour’s nap, it’s time to see what interesting things lay nearby. There’s a sign for Hamurana Springs up the road, so we pile back into the car and drive to what appears to be a golf course. We’re confused, and make a few loops in the local area, but after our second return spot a sign indicating that this is indeed the Hamurana Springs Reserve, there’s just a synonymously-named golf course that shares the parking lot. 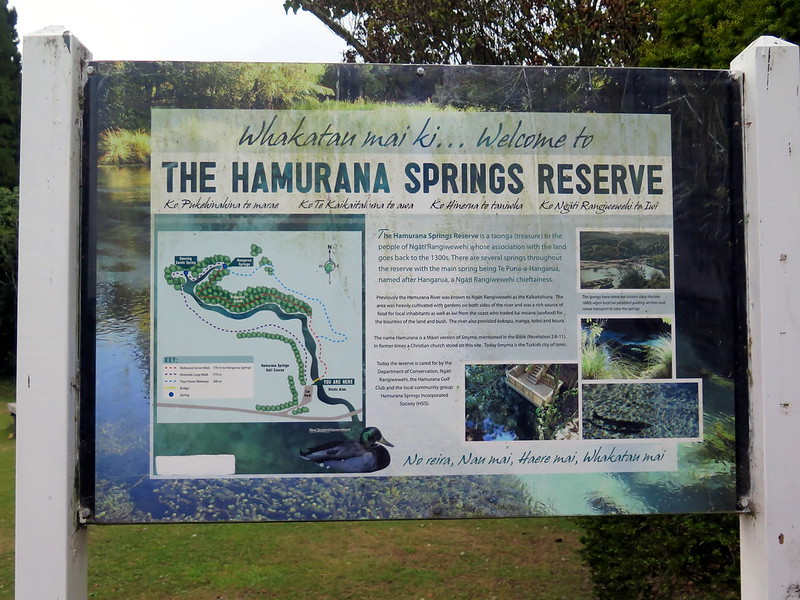 We park next to a shallow, lazy stream feeding into Lake Rotorua and once again pile out of the car. The first thing we notice is the stream color: the water here is an intense, vivid aquamarine color. Although it seems artificial, it’s possibly due to high concentrations of minerals like silicates in the water; the area around the springs is composed of volcanic rock and the spring water likely dissolves some minerals as it bubbles up from the earth. 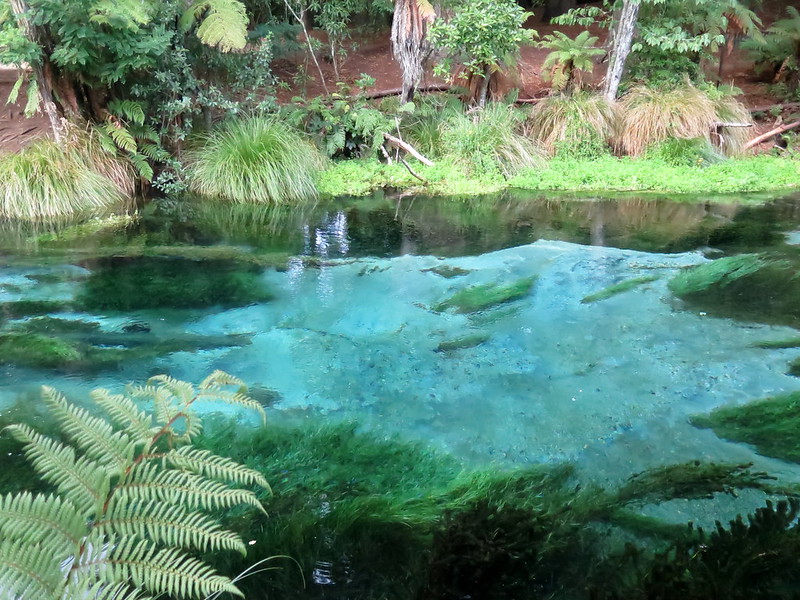 We make our way to the first of the two spring sources, which is only a brief 15-minute walk from the parking lot. This is the Dancing Sands spring, and from the bridge overhead we can see grains of sand swirl as the springwater flows up from the ground below. It’s a strangely local phenomenon that occurs in a circle only a meter across, suggesting that that the rock below is pororus only here. 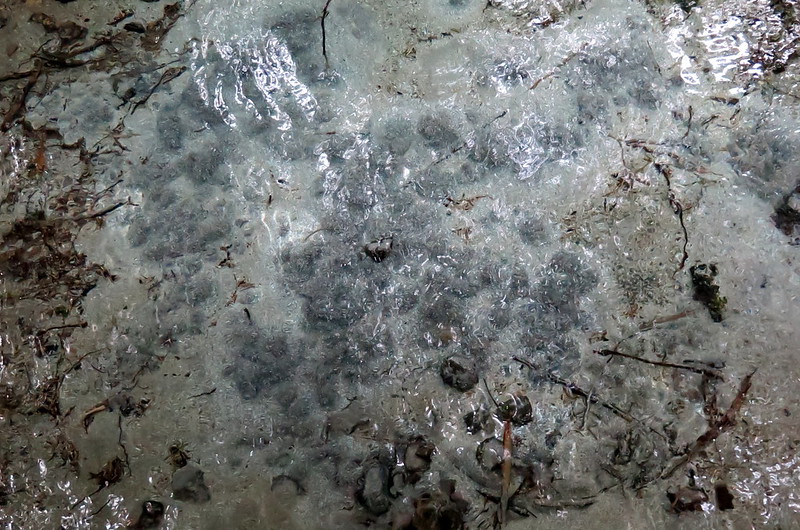 The second spring fount, Hangurua, is only five minutes’ walk away. This source is a cavernous underwater hole, several meters deep and intensely blue. A nearby sign proclaims that enough water flows from Hangurua to fill an Olympic-sized pool every thirty minutes. Another sign describes how divers once excavated thousands of valuable old coins from the springs that were distributed to local charities. 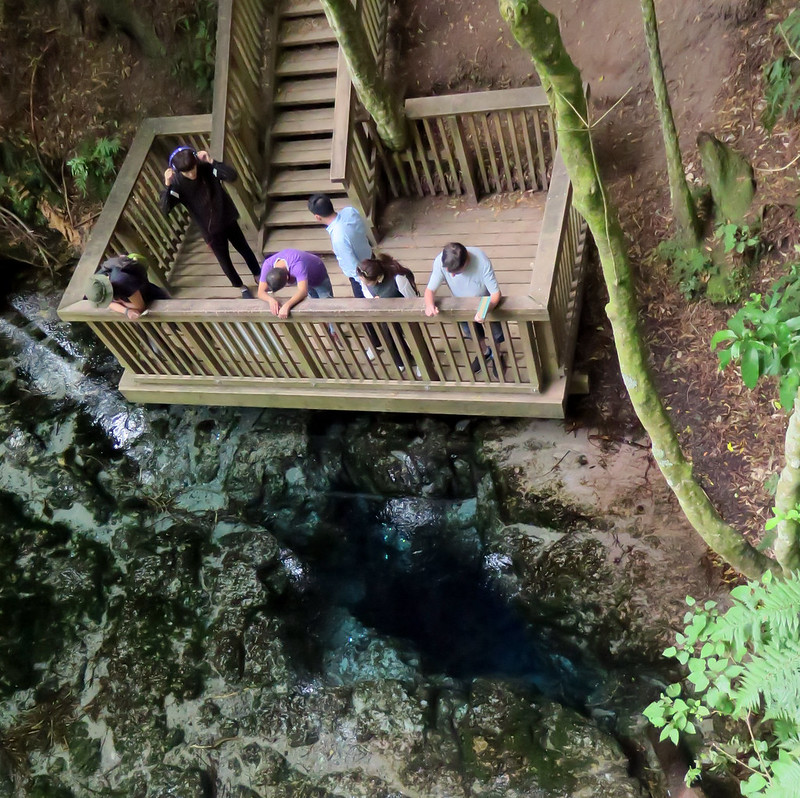 With that beautiful water, you’d think there would be more people swimming in it. Alas, there appears to be some animosity toward taking a dip, and the trail is littered with dozens of hand-printed “NO SWIMMING” signs slapped onto trees. It looks like swimming hasn’t been forbidden for long, since there are stairs leading down into the stream and websites online suggesting you go for a swim. The NZ Department of Conservation also doesn’t mention anything about swimming being forbidden. So you’re probably not going to get much more than a stern talking to for taking a dip, but be warned that around 10 C, the water is cold. Just to verify the temeprature, I dip my toes in. YEP. COLD. 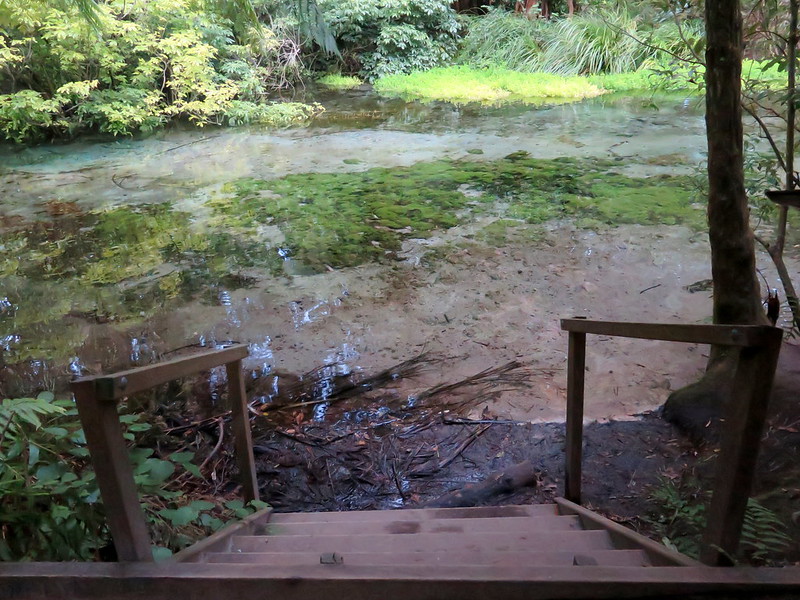 The remainder of the hike wanders through an old redwood grove, planted with introduced redwoods decades ago. They’re small compared to what we get in California, but the dense, undisturbed tree cover makes for a shady afternoon stroll. 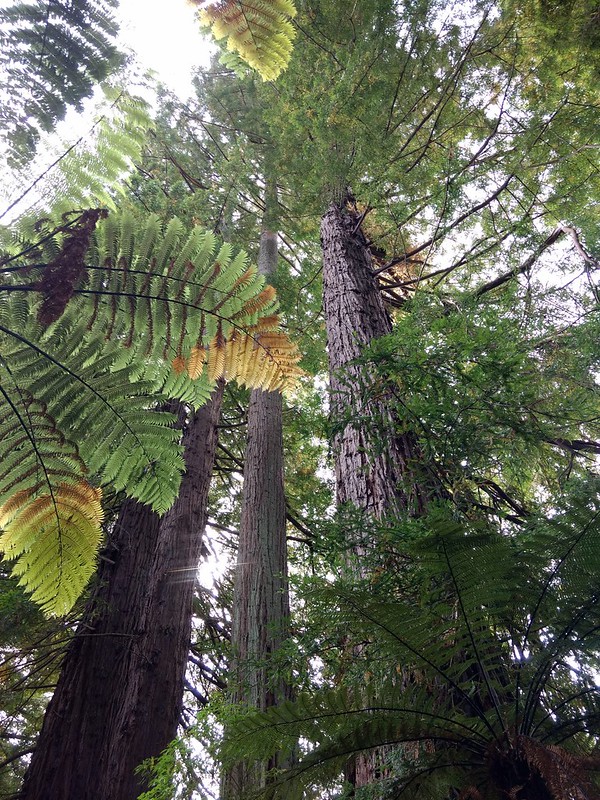 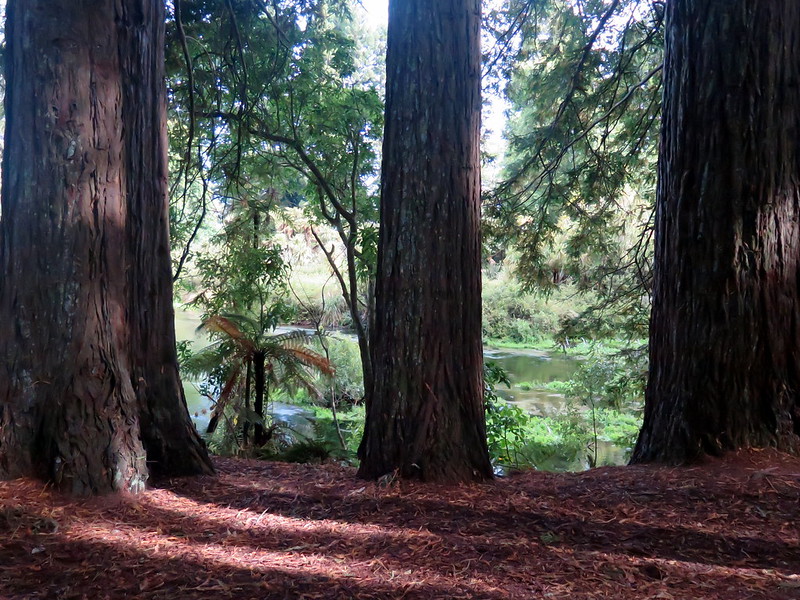 At some point along the hike, we notice a medicine bottle lodged into a hole in the trunk of a tree. We pull it out to discover that it’s a geocache, one of four I’ve discovered while not looking for anything in particular. We sign our names and put it back. And I won’t reveal exactly where in the park it is, so you’ll have to go hunting for it yourself. 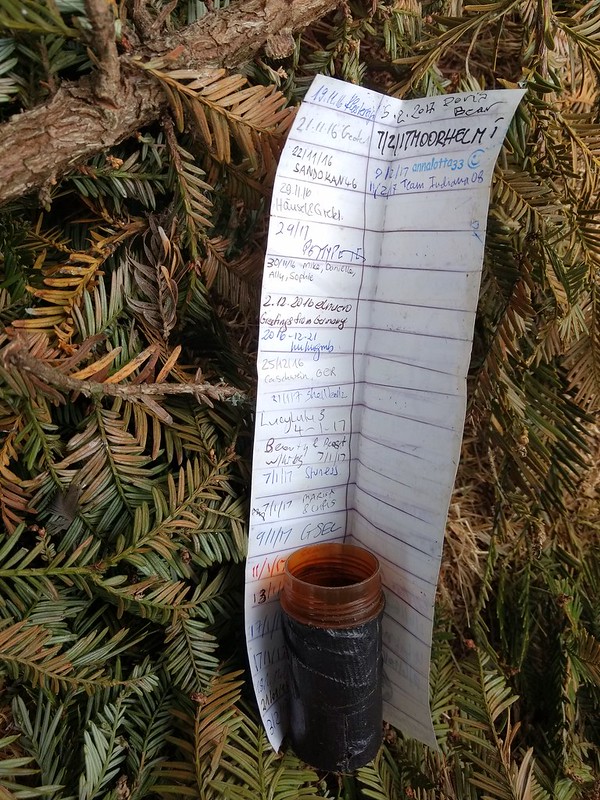 And then it’s back out to the parking lot, where the aquamarine spring stream drifts lazily along to feed Lake Rotorua. We hop back in the car, and it’s off to find where we’ll sleep for the night. Maybe we’ll get lucky and it’ll be a place we can pitch the tent. 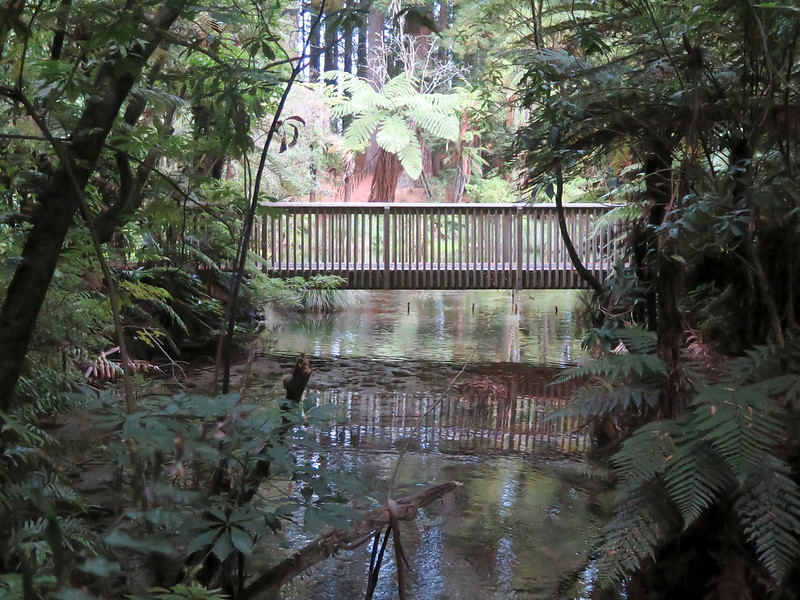