Getting a car is de-facto required to explore Australia, especially at your own pace. The country is huge and the infrastructure between cities doesn’t suit stopping in the middle to see what awesome lurks there. We took advantage of a “relocation rental” where a rental car company rents you, the savvy traveller, a car for very, very cheap. In exchange, you drive it from one city to another, ideally your starting and ending cities. We found one from Brisbane to Sydney and went with it.

“It” turned out to be a monster of an outback vehicle, equipped with a reserve fuel tank, fridge, and full camping kit for four people. The pros were : lots of room, decent mileage, lots of traction. The cons were : huge driving hazard, way too much gear taking up all of that wonderful space, high cost of all the diesel we used. On the road we went, using Australia’s convoluted freeway toll system, but our destination was worth it. Bundaberg. Land of.. not much, as it turns out, except for the sweet, memories of childhood laden syrup known as Bundaberg Ginger Beer. What follows may read as an advertisement for them, it’s not. I just really, really like their sodas. They’re great. 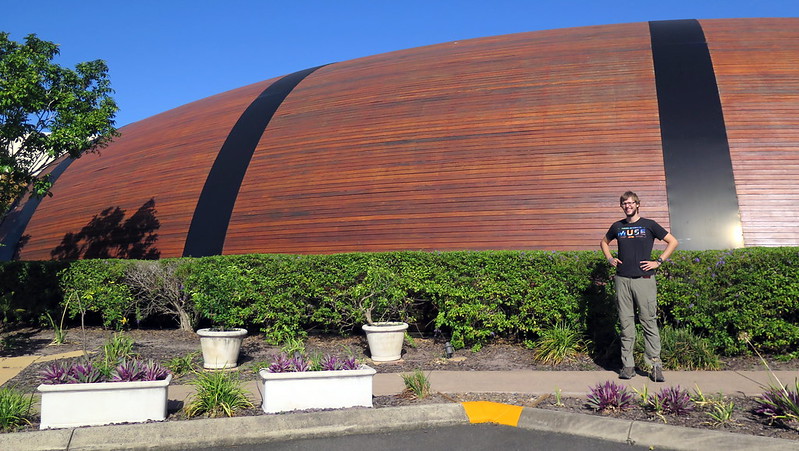 Visiting the “Barrel” as their center is known was a huge draw for me, and we even went out of our way north, away from Sydney, to see it. Was it a giant barrel of a building? Yes. Was it full of delicious soda? Yes. Did the very friendly staff offer samples of all their wonderful varieties most of which I had never heard of? Yes!

They also had a short tour for a small fee, but we opted not to go. The samples and machinery on display were more than enough for us. Natalie really like the grapefruit, and I was a great fan of the lime and bitters. We both actually like the seasonal special winter brew the best,  tasting of cardamum and cinnamon and all those other good winter spices, but that one wasn’t on tap. Though you don’t have to buy anything for the tasting, you might want to grab a bottle closer anyway – they’re great for traveling since they can close just about any glass bottle.

Fear not fellow Bundaberg lovers, their lineup is coming more and more to the States, which is their fastest growing market. Hurrah! Except for the cola they make specifically for a reseller who only operates in Australia/NZ. Too bad really, it’s quite tasty. 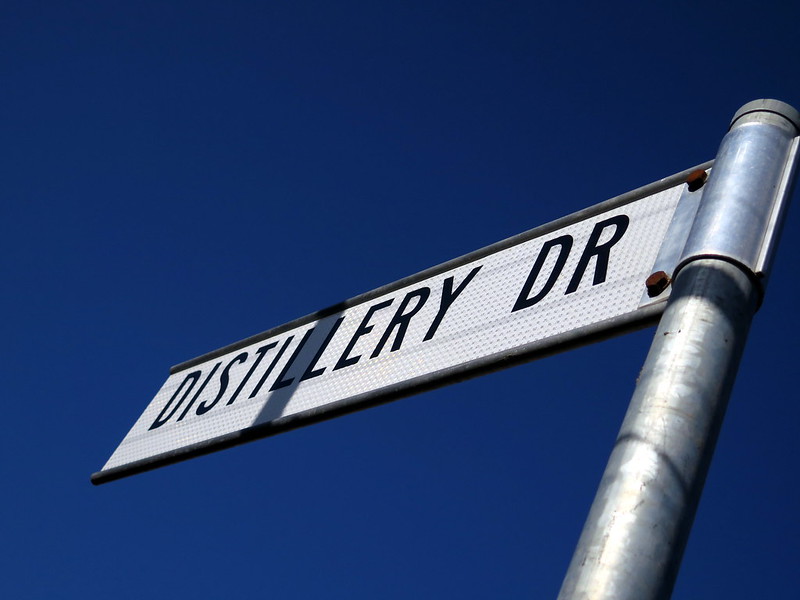 Since we were in the area, I decided we should stop by the Bundaberg Rum distillery. Visiting near closing time on a Friday was not the best idea. There were no more tours for the day, and only the shop was open. It was nice, and they gave out samples on the sly (you were only supposed to be able to buy shots), but it was very expensive. At least the outside smelled of a wonderful concoction of rum, sweet fruit, and honey. 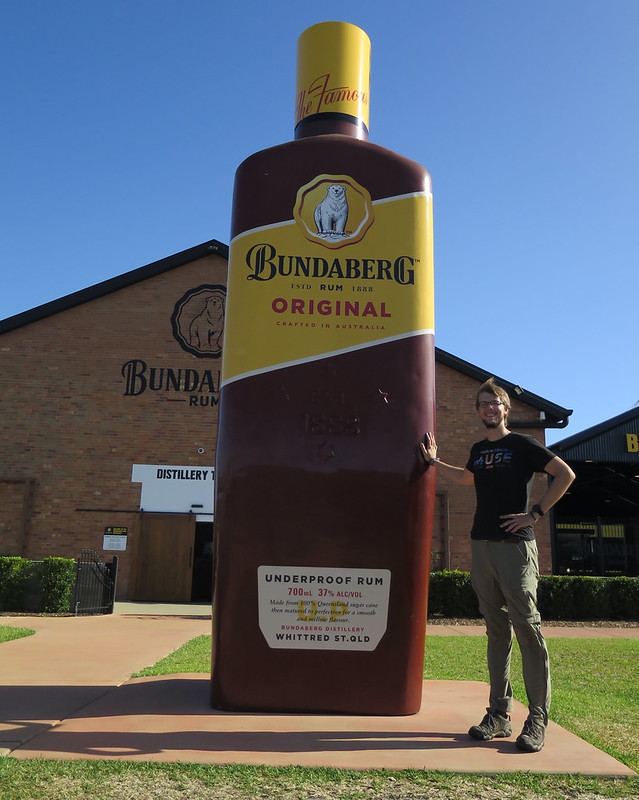 I took a picture with the giant bottle of whiskey outside, sampled a fancy whiskey, and bought a small bottle for the road. This would turn out to be a bit of a mistake – Bundaberg rum is.. uh, well it’s not great. Some of Natalie’s friends shared a laugh when I told them I was disappointed with it – not a surprise to them. 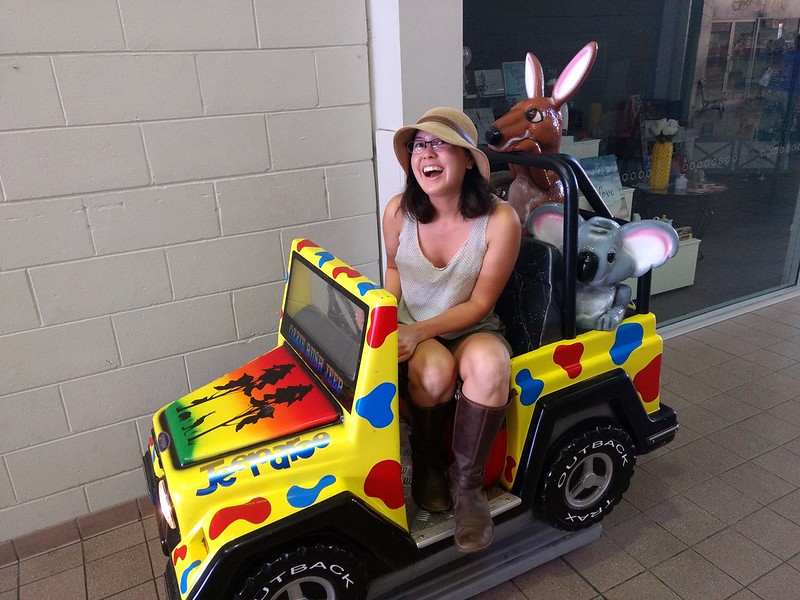 We finished our stop in Bundaberg at their town center, picking up groceries, buying a water purifier, riding an outback adventure jeep. Great times were had, and back on the road we went!