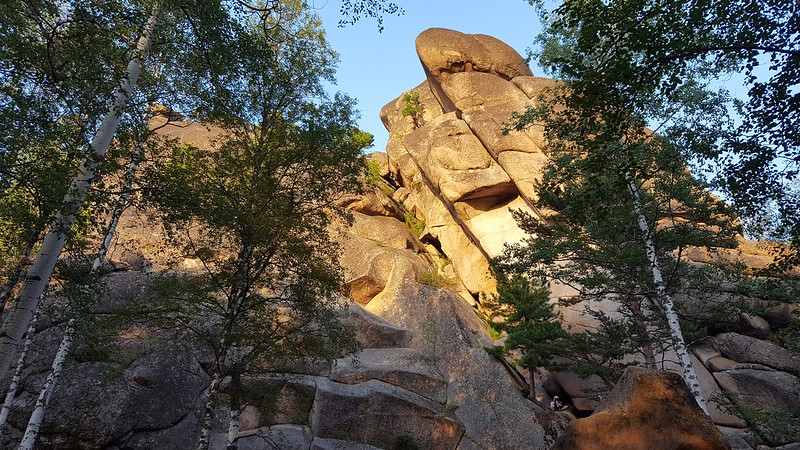 The Stolby Nature Reserve (also called the Stolby National Park) is a treasure of Krasnoyarsk. It covers a huge area, in keeping with the general hugeness of its part of the world. The open-to-visitors part of the park is only 3.5% of the total acreage and yet this tiny slice holds enough to keep anyone entertained for days and months. Its singular in-park campsite plays host to scouts, school groups, vacationers, live-in travelers – anyone with a tent or a group of friends to split a bungalow with. A tent spot is ~350 rubles, or about $7 a night. One of our campmates had been living in his tent and exploring the park for almost a month on an extended vacation from Germany. We, and most other visitors, stayed for about 3-5 days at a time. That’s enough to get a good glimpse of the park and visit, but not linger, on most of its trails. 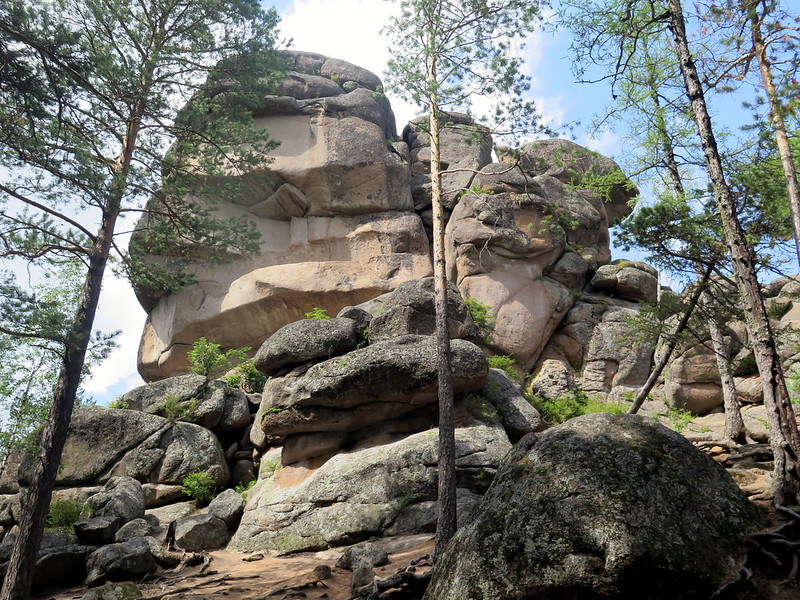 Stolby is famous world-wide for its free-climbing. The park is filled with stories-tall rocks full of pockmarks, crevices, and grippy surfaces. Climbing heaven in other words. Aside from the rocks the park is home to (from the informative sign) : 780 types of plants, 295 types of mushrooms, 171 types of lichen, 257 types of moss, 212 types of birds, and 58 types of mammals. 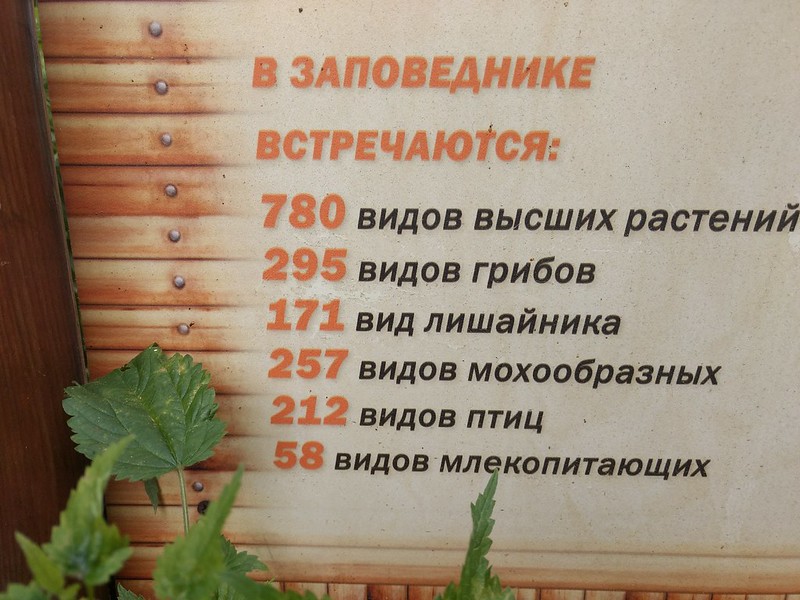 Getting to the park usually involves taking a bus (the 80, 50, and 19 are the main busses that go there) unless you want to drive. They cost some small amount of rubles (when we went it was 22r) and there’s a ticket-person walking around the bus who takes your money and gives you a ticket receipt. If you’re unsure, like we were, just ask “Stolby?” and they’ll give you a da or nyet. Krasnoyarsk is relatively used to tourists despite being far from the main western stops of Moscow and St.Petersburg. The stop you want is called “toor baza” (тур база) – literally, tour base. This is a bit tricky because the google results for park entrance put you three stops down. If you pass the zoo you’ve gone too far, it’s one stop before that.

Once inside the park there’s a little guard post. There’s no entrance fee, a map costs a few dollars. There are little kiosks up the main trail of the park that sell snacks, water, souvenirs, and maps. These are great for day hiking, but won’t help for long-term camping.

People buy and bring seeds to feed the chipmunks and birds in the park too. The hike up to the ‘central point’ of the park takes an hour or two depending on pack weight, and just past it is the campsite.

The camp is really nice – platforms for the tents, running potable water, enclose squat-toilets, free-to-use gas stove and sink, and frigid showers (sometimes the sun warms up the water a little). It’s way better than most paid campsites we’ve seen so far in our trip. They don’t sell food though, so anything you want to eat has to be brought up from a store. 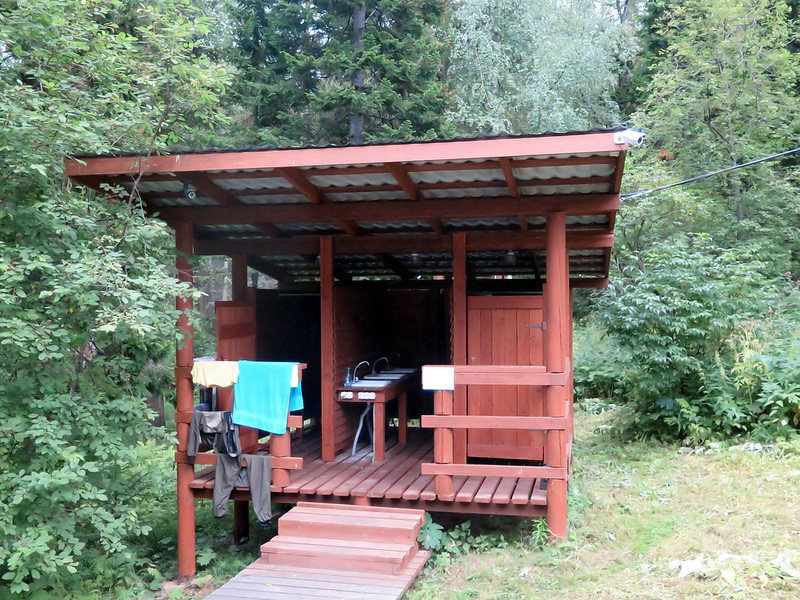 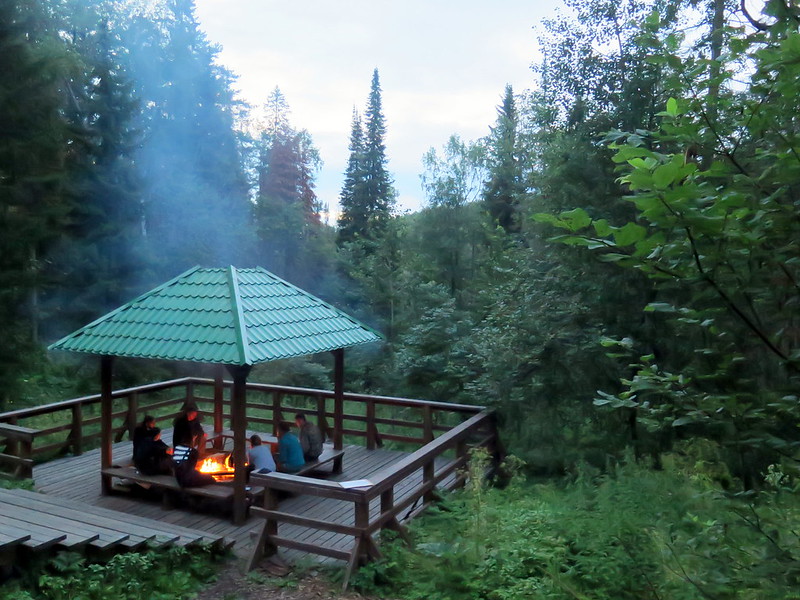 A word of caution : some of the rangers at the campsite do not speak English. Since there’s only one ranger there most of the time, there’s a very good chance the person you find will not speak English. Prepare yourself for this by downloading the Russian language in google translate or have a phrase dictionary, or have a friend write out what you want to say. Some useful words for this are : hello (Здравствуйте – zdrastvayte), we want to camp(хотим лагерем – hotim lagerem), tent (палатка – palatka), one(один – adin), two(два – dva), three(три – tri), four(четыре – cheteire), five(пять – pyat), days(дней – dnei), how much does it cost?(сколько стоит? – skolka stoeet?), and is there space(есть место? – yest mesto?). On the upside the camp seems to not fill up very often and they do take reservations if you can get a Russian speaking friend or hostel host to call for you. 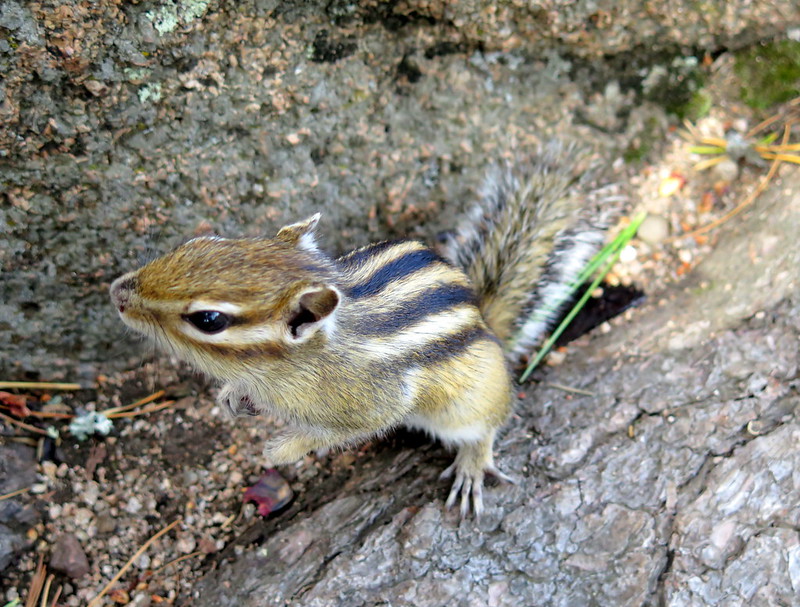