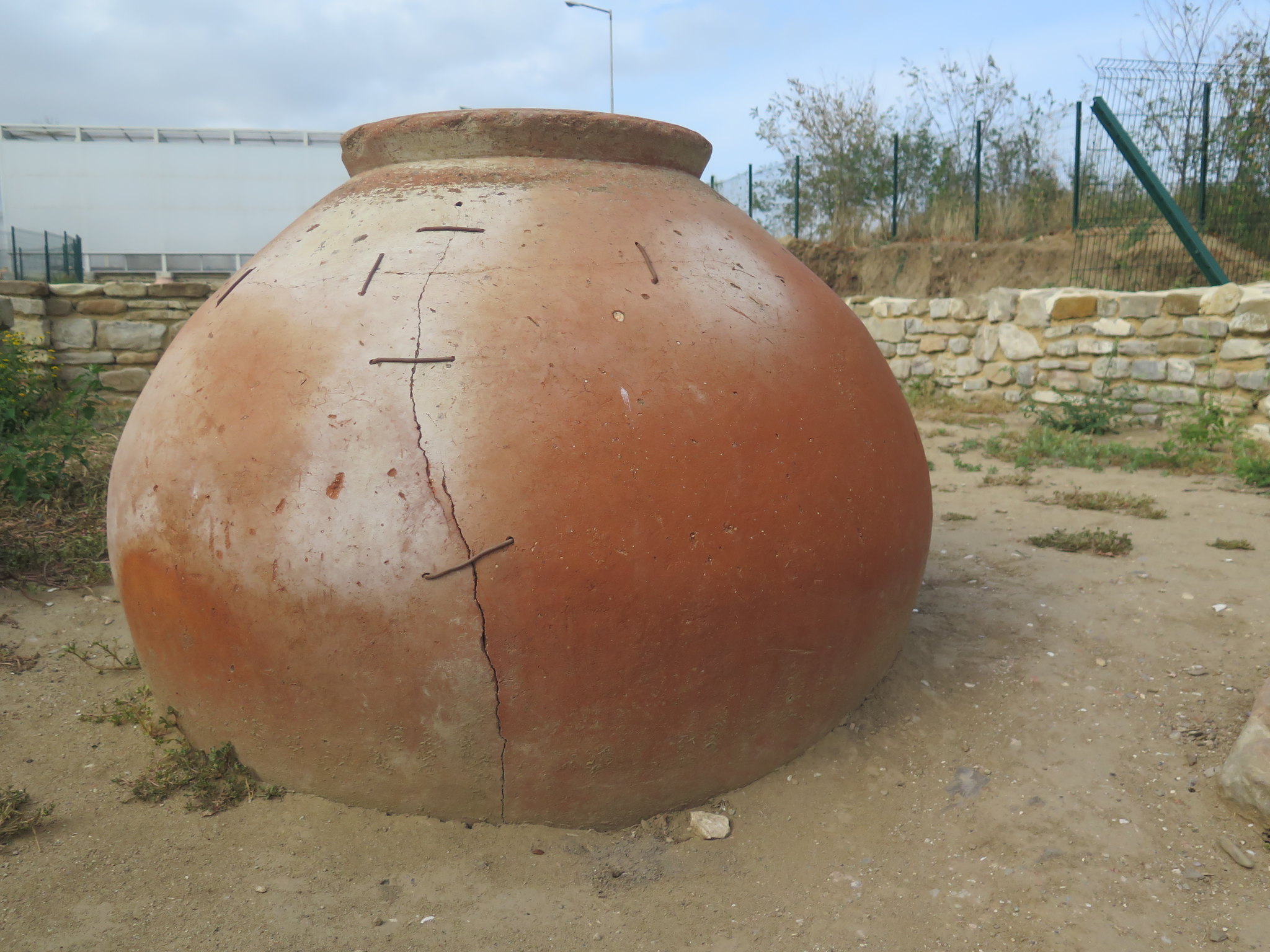 Near the white cliffs is a relatively unassuming stop. At the cape of St. Atanas sits a Late Antiquity fortress. It was a small village and fort at an optimal geographical area – close to the sea for access by boat, in a tight corner for defense. It was inhabited until about 600 AD, at which point its residents packed up their belongings, burned their houses, and left, apparently in an organized fashion. It’s a rich site, featuring artisanal structures, religious buildings, and many, many examples of clay artifacts that were made on site. 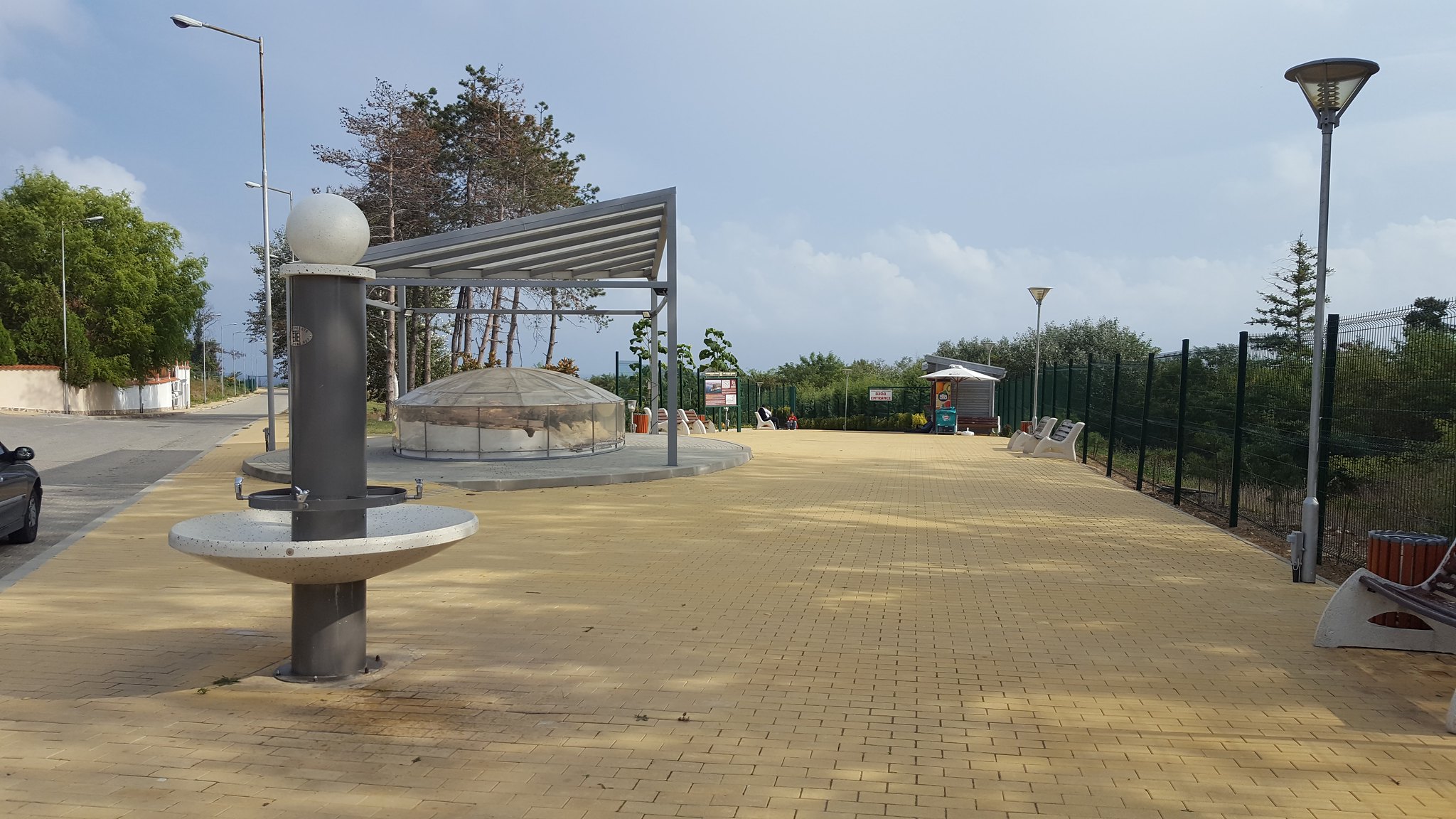 The walk leading up to it is pretty nondescript. There’s some seating, a small museum, and a little toll booth. The entry fee is a few dollars per person. It gets you entrance to the museum as well, but that was closed for the season when we arrived. 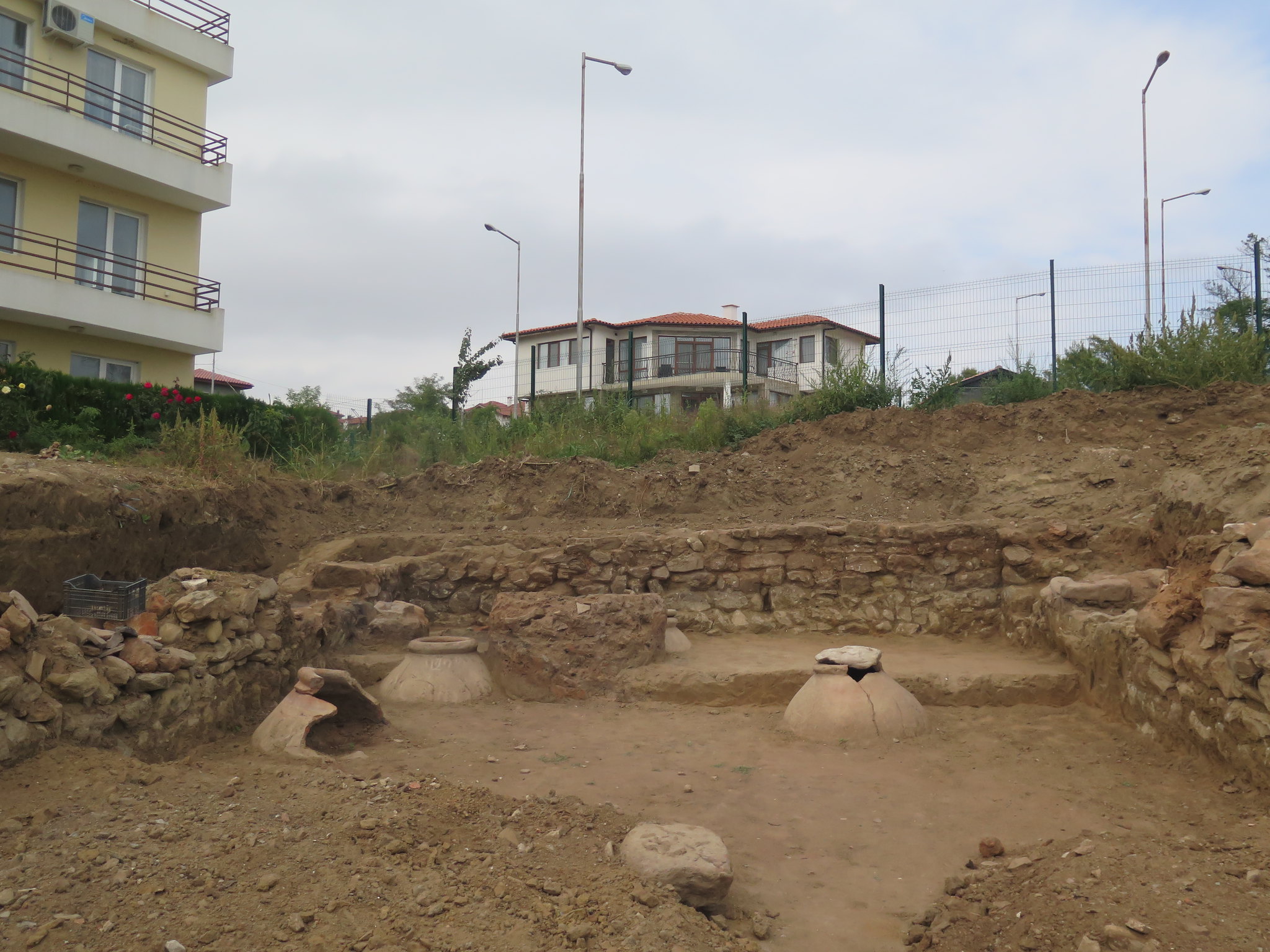 One of the main draws is that this is an active archeological site. During the summer season, work progresses year after year to uncover more and more of the settlement. Here is an open pit with a few clay pieces left in place as they were found. More than just viewing the artifacts in context, the actual work of archeology is on display. 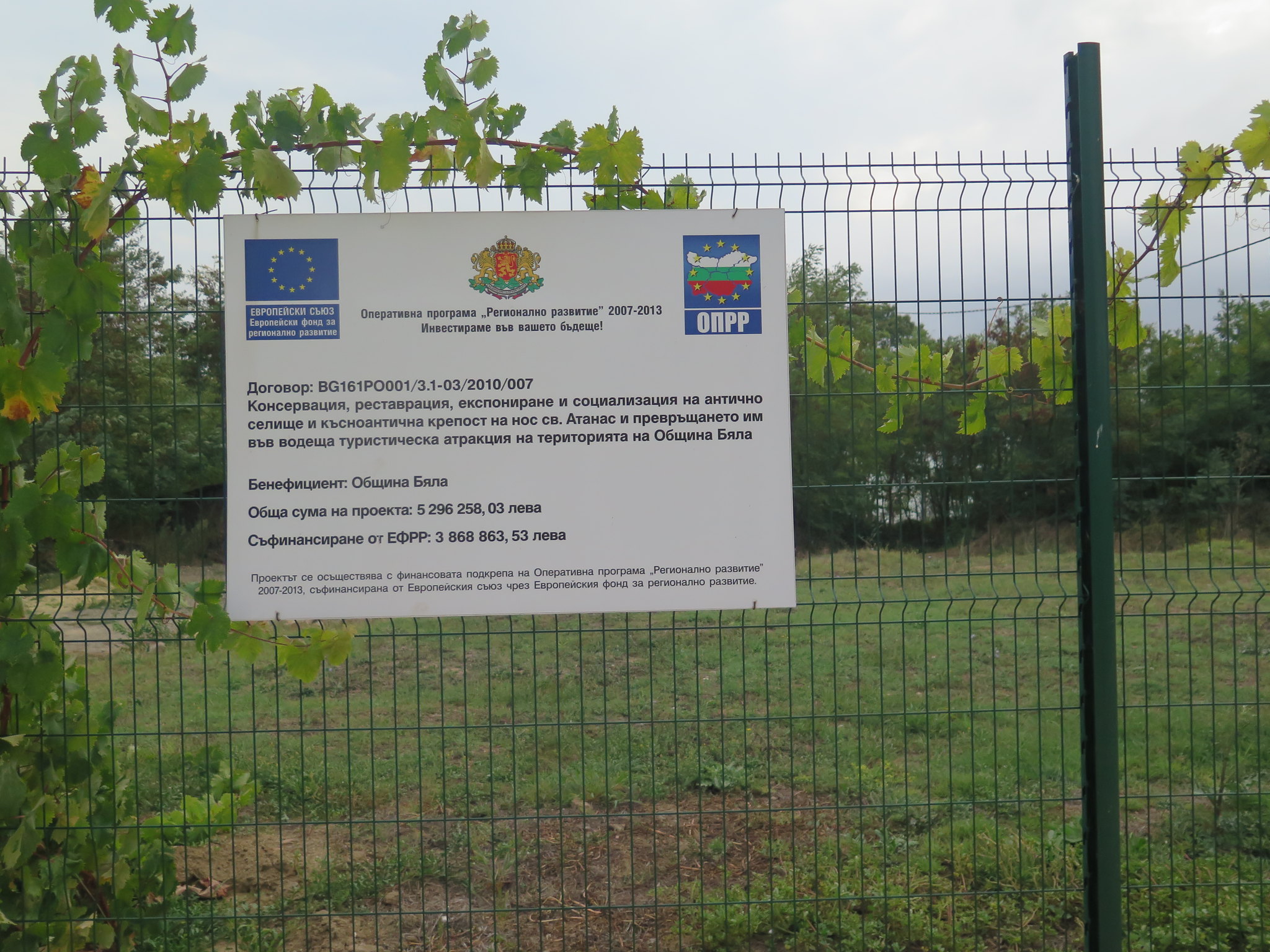 And how is the relative luxury of archeology funded? The EU! As with any EU involved project, there’s a huge sign near the entrance stating how much money was granted, and what its purpose is. This one, a bit generically, reads as : For the cultural and historical edification of the Byala Region, and to turn it into a major tourist attraction. 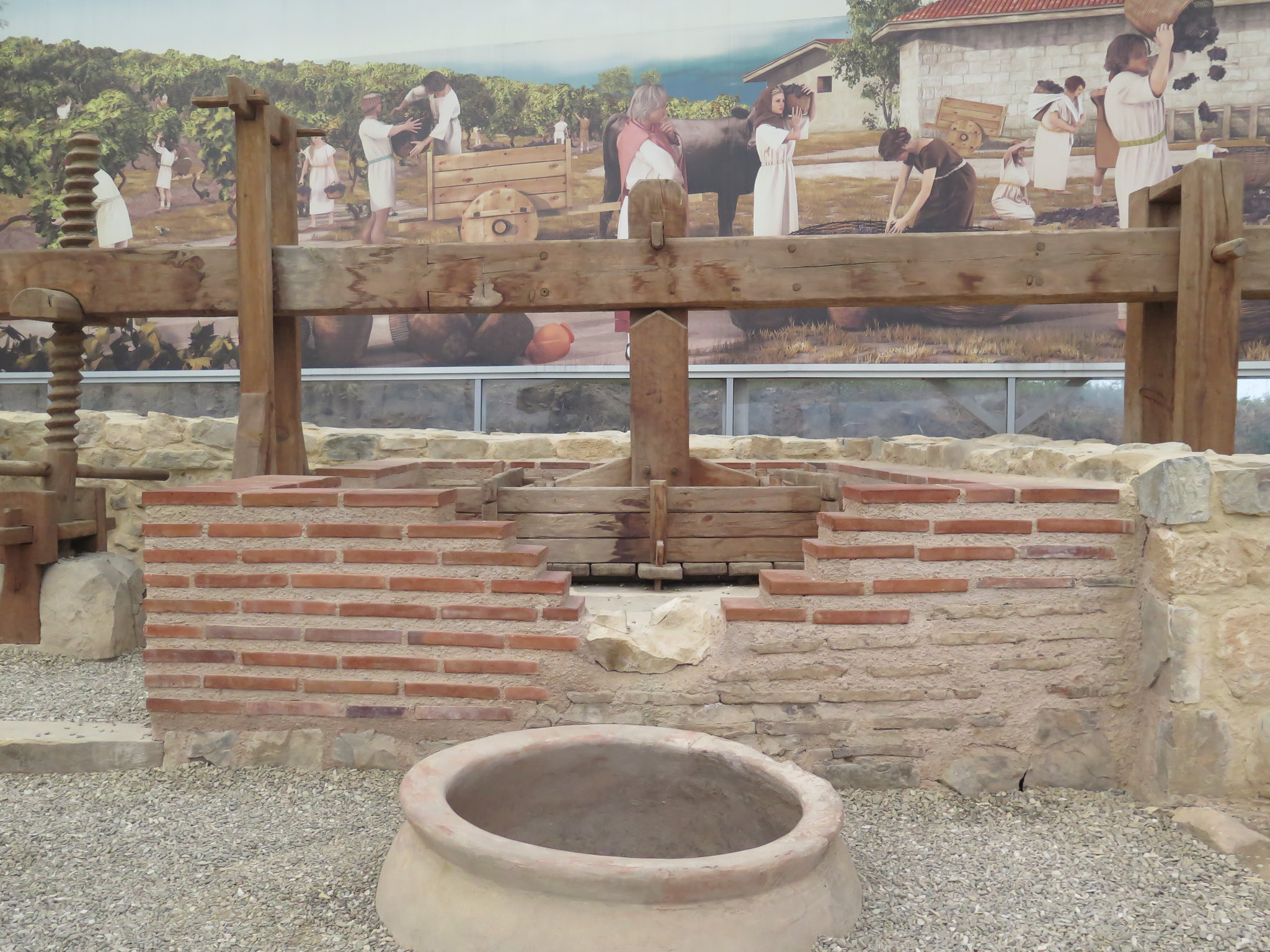 Not only was the village equipped for clay-working, it was also well situated to take advantage of the amazing grape growing climate. This is an ancient grape press (wooden portions restored) and a massive clay vessel to hold the juice that poured out. The dioramas are a nice touch. They’re museum quality, and they really help bring the exhibits to life. This is one of the things that would certainly not have been present without outside funds. 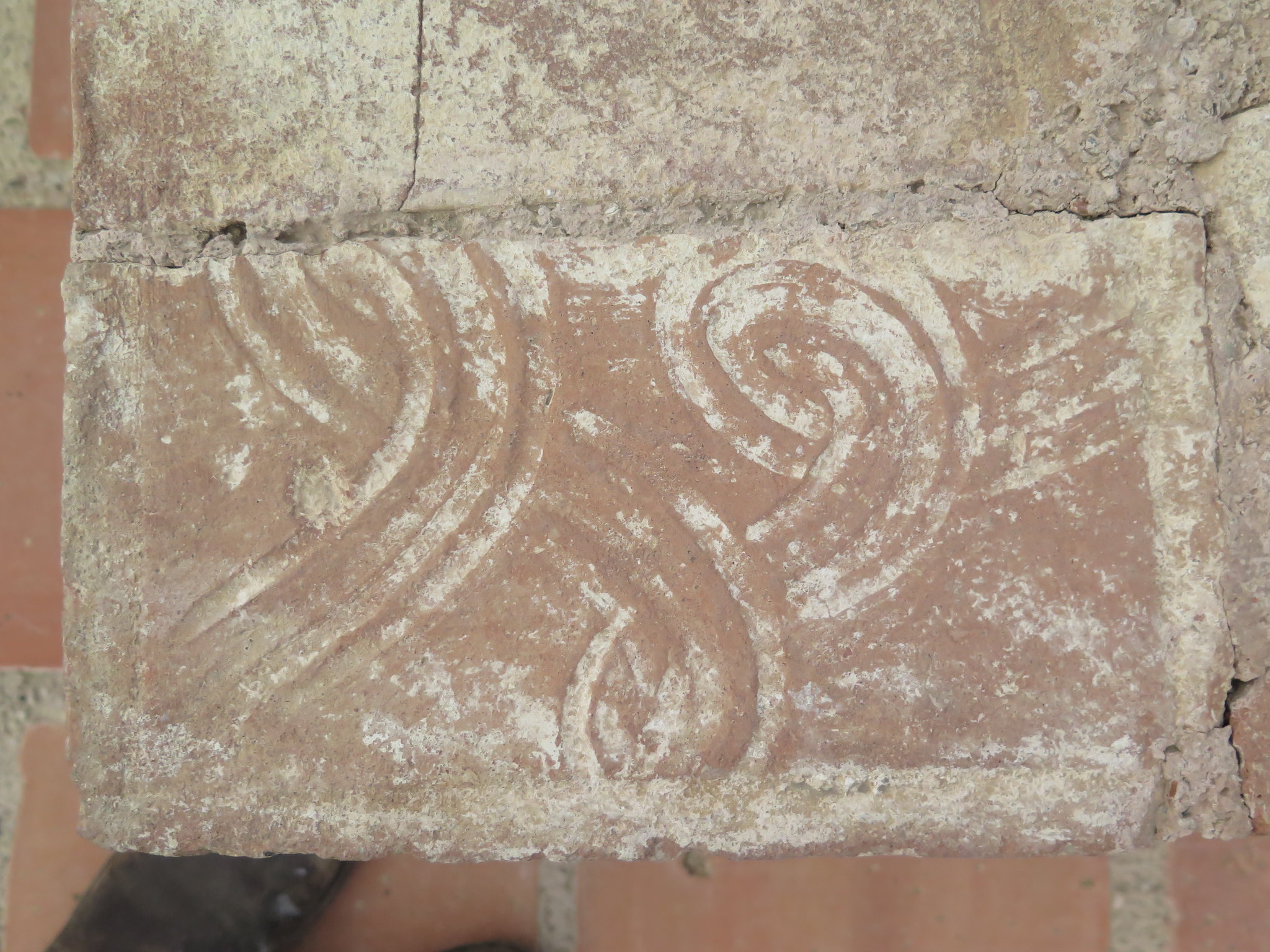 Along with pots and amphoras, the village made tons of clay tile and brick. The tiles are marked with wide, rough patterns, each corresponding to the person who made that tile. The marking was how they tallied who made how much at the end of the day and gave wages from that count. Some of the tiles are simple X’s or lines, but this one is a lovely wind or vine pattern. 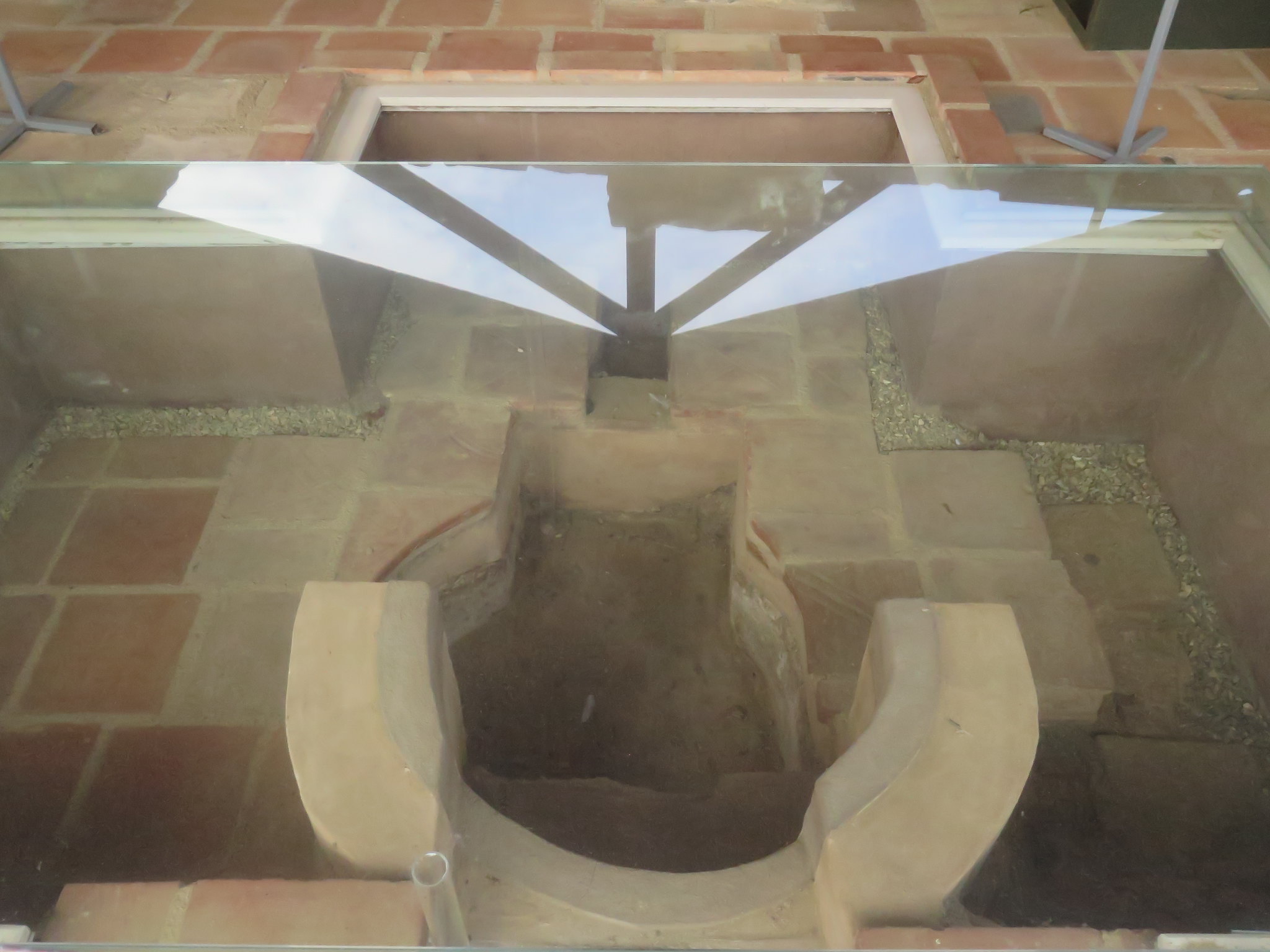 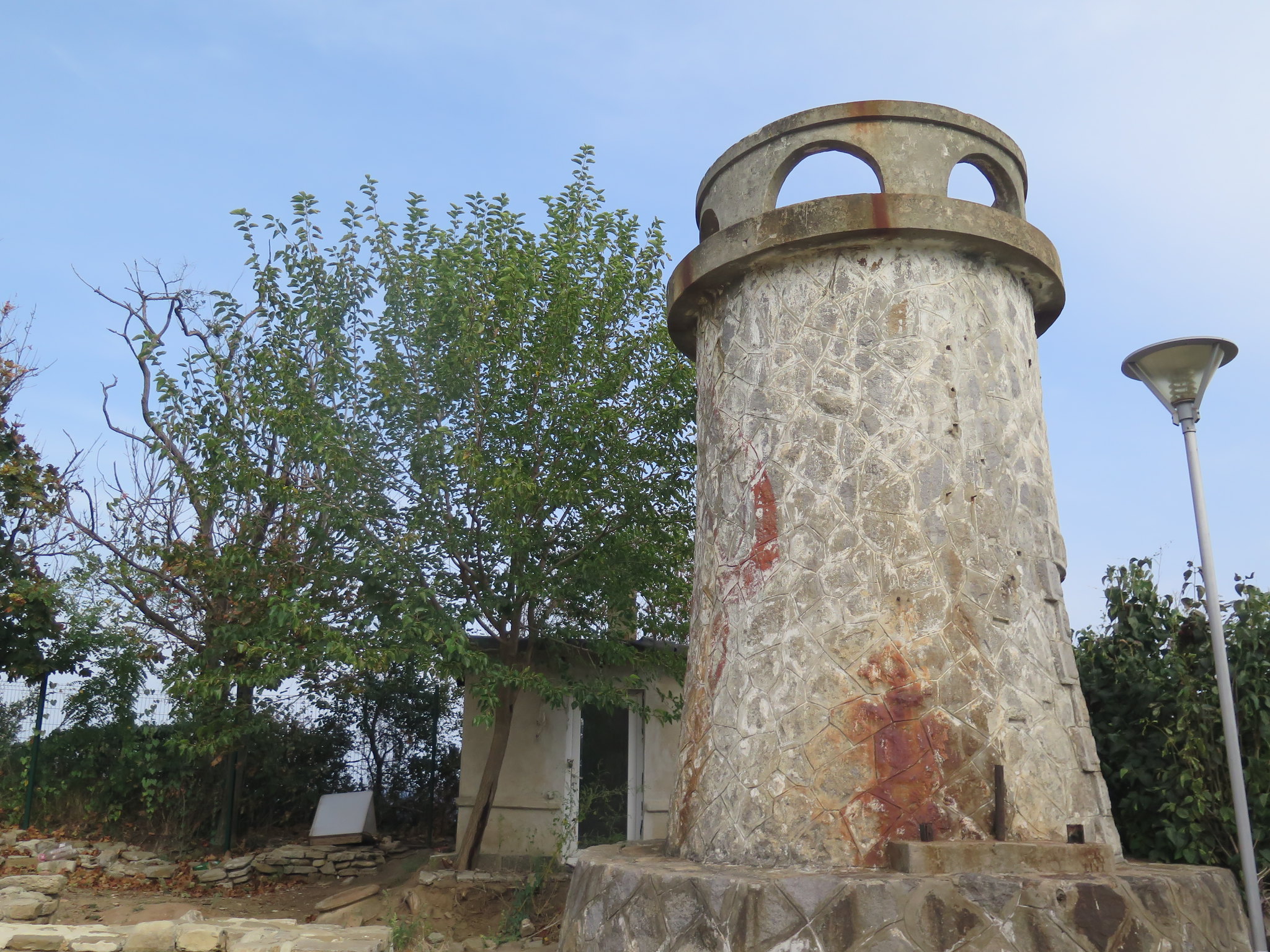 At the end of the archeological walk is a piece of the fortress that once stood and guarded the town. It’s worth getting to the end of the loops because that’s where the actual in-progress excavation is. It’s not every day we get to see an active archeological site, so that was a real treat. It was, unfortunately, closed for the season, but with any luck excavation will continue here for many years to come. It’s a very nice change seeing the attention paid to historical sites in Bulgaria now. We have come a long way from the days of looting sites to sell the artifacts and repurpose the bricks. 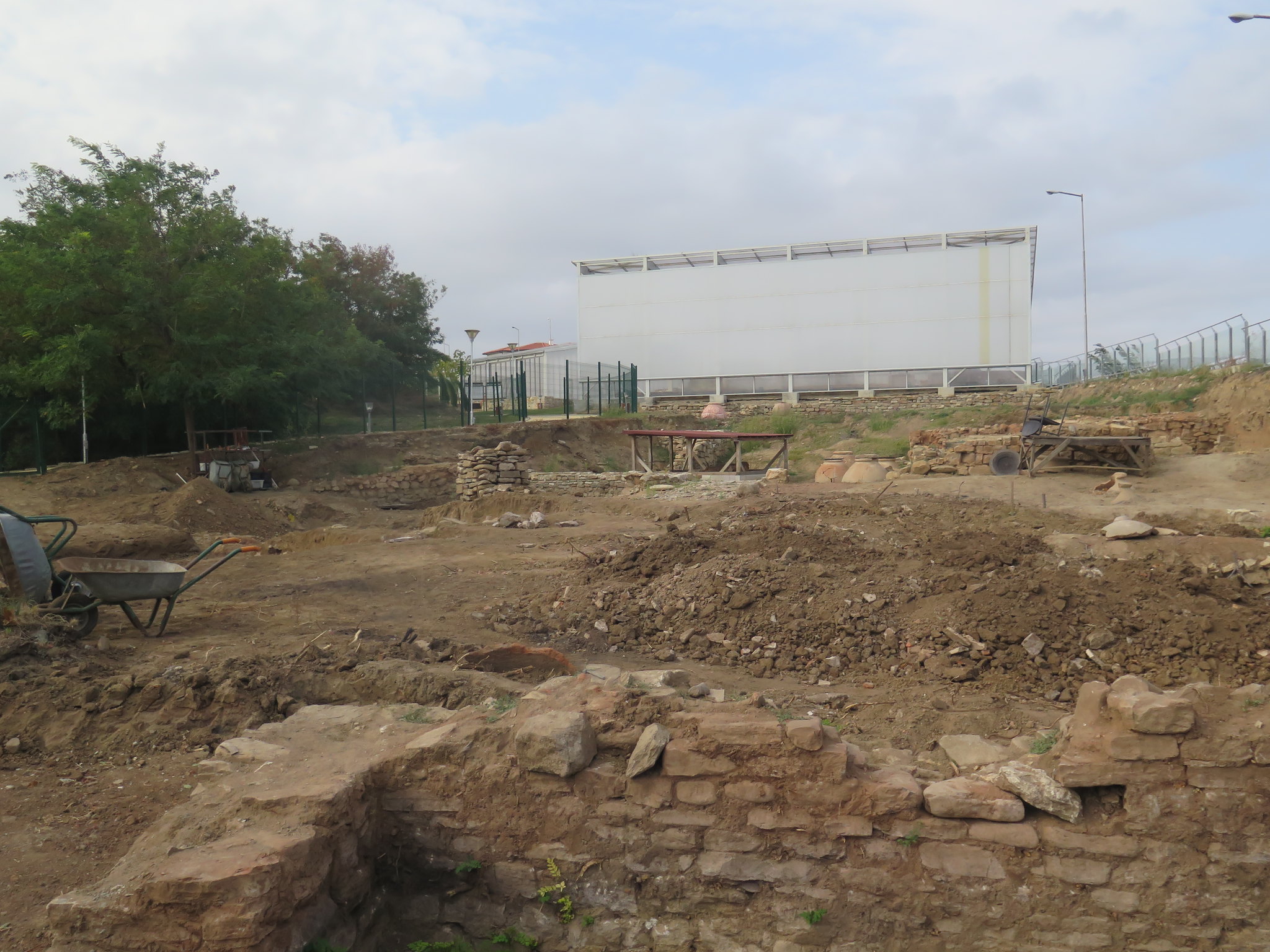